If you need a cargo van, then you are going to want one that is going to give you years of service. For example, the Ford Transit van is popular amongst consumers, but how long do they last? Will they give you a good return on your investment? We did the research to bring you the answer.

The Ford Transit Van is one of North America’s top cargo vehicle models with an average odometer life of approximately 150,000 miles. However, Ford Transit vans can last as long as 300,000 if they are well maintained.

Transport vans are a necessity for many people. They're used to haul supplies, tools, and equipment. They can be used as an office on wheels or provide the perfect mobile space for trade show booths when paired with a trailer. But what if you need something larger than your average cargo van? What if you need more room inside? The Ford Transit is the answer! Read on as we discuss more the Ford Transit van, including its reliability from owners themselves. Without further ado, let's get into it! 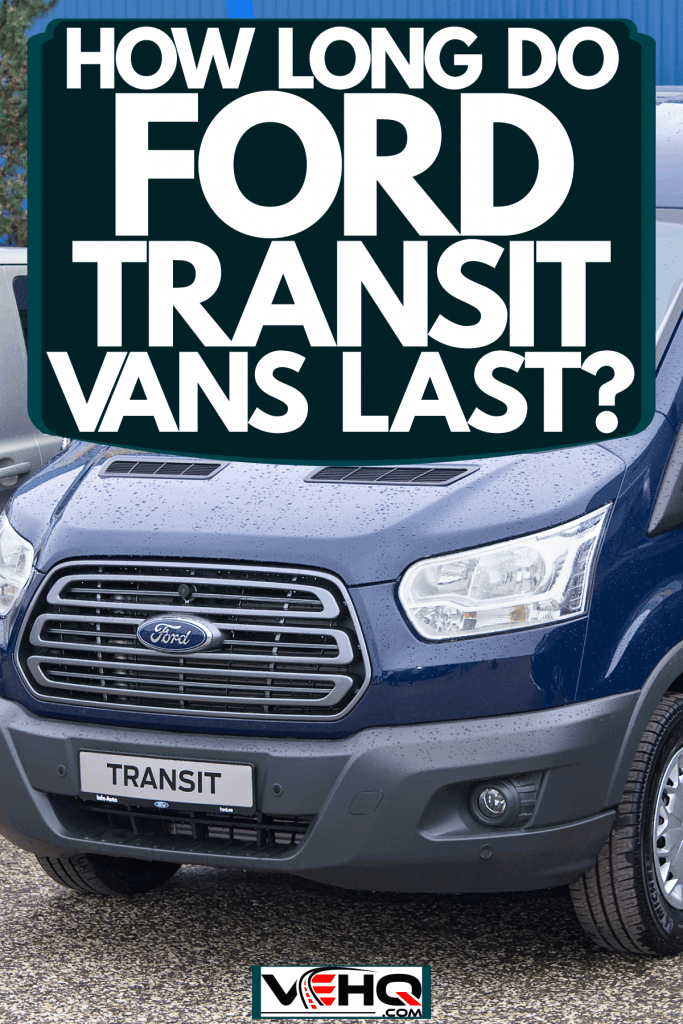 Each Ford Transit van, including the 150, 250, and 350, offers plenty of headroom and legroom in its four spacious seats while providing ample storage in its rear compartment. You'll also find many interior storage options that will fit anything from camp chairs to spare tires! These are very spacious vans, and if you get a brand new Ford Transit van, you expect 10-15 years of life, according to Motor and Wheels.

So when taken care of, this is a great choice for so many applications, from camping excursions to commercial work needs.

With that being said, does each Transit van last the same amount of time? For each of the Ford Transit options, you can expect 150,000 to 300,000 miles of life. But, of course, this is completely dependent on how the vehicle is cared for. Keep reading as we discuss the specs of the most popular Transit cargo vans. 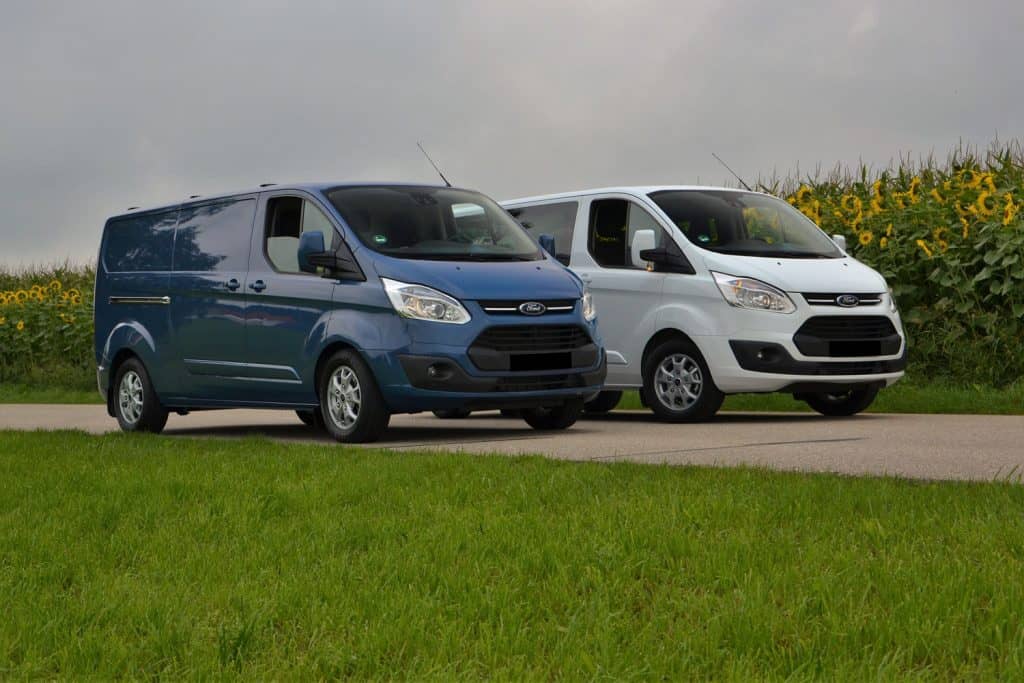 The Transit 150 is one of the most popular in a long line of Ford cargo vans. These are going to be more compact, giving you plenty of headroom and legroom while still being able to haul big loads with ease. In addition, with a starting price of around $27,000 for a brand new one, it is more affordable than other cargo vans on the market.

According to Ford, the Ford Transit 150 has a 2.3-liter four-cylinder gasoline engine that can get up to 28 mpg on city streets and 38 mpg on highways. It also has a 5-liter V6 version if you need more pulling power. This variant gets 36 mpg in the city and out 39 mpg highway.

The Transit 250 is one of the most reliable models on the market, and it comes with an MSRP starting at $30,500. The body style is more compact than its counterpart but offers more room inside, hauling 12 people. It's available in both V6 and 4-cylinder variants.

The V6 is the most popular option, as it offers good power for towing, yet it still gets great gas mileage from city streets with up to 38 mpg on the highway depending on the driving conditions.

When it comes to life expectancy, one consumer from the Ford forum stated that "The 3.7 was the least trouble in [his] fleet and, on average, they lasted 300k miles."

That's not bad for a work vehicle!

The V6 can haul 17,000 pounds with the towing package, while the 4-cylinder is rated at 13,200 pounds. They can both haul a 6500-pound trailer as standard equipment and can tow more than that if it doesn't exceed GVWR (gross vehicle weight rating).

This is the most powerful engine you can get in a rear-wheel-drive Ford Transit. It comes with a turbocharger and intercooler that helps boost power to 350 horsepower at 4,500 rpm while still getting up to 40 mpg highway depending on your driving conditions.

The MSRP for the Transit 350 starts at around $33,000. This is for the base model only; more options are available if you want extra features like a trailer brake controller and cruise control. The most popular feature of this cargo van is definitely its towing capabilities that come with an impressive carrying capacity. 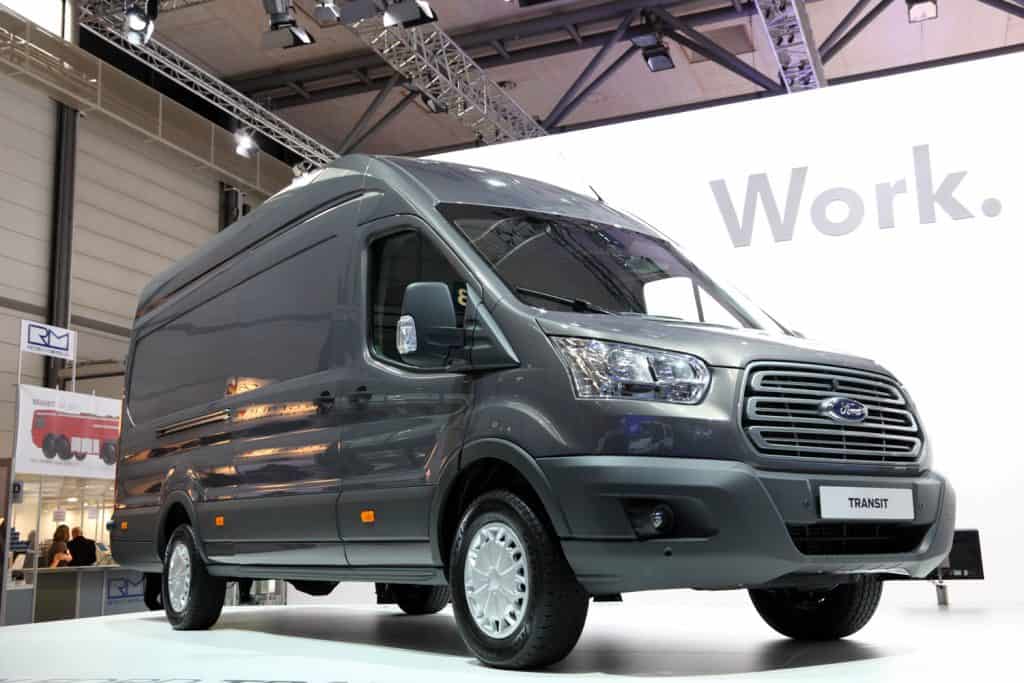 Like all cars and trucks, there will be issues that you will face when owning a Ford Transit. The most common issues are fuel-delivery problems such as bad fuel pumps, leaking injectors, or faulty sensors. You may find this especially true if you use your cargo van for towing, putting more stress on the vehicle.

When you are dealing with an expensive cargo van, it is a good idea to get an extended warranty. That way, if something does break down, you won't be stuck paying out-of-pocket for the repairs. If you have to replace one part of your cargo van, that's normal, but if you are constantly having problems with it, it might be time to look into getting a new one or sell it for parts and start fresh with another.

Some consumers gave recommendations that the 100,000-mile mark is the sweet spot to switching out for a new Ford Transit. However, after that 100,000-mile mark, you might be chasing repairs, and it makes more sense to get a new one.

Yes, Ford Transit vans are reliable if they are taken care of. Most of them will give you at least 150,000 miles if they are well maintained. The hard thing about cargo vans is that they are usually used to haul or load heavy equipment, which is stressful on the engine.

Is a Ford Transit expensive to maintain?

Depending on the work you have done yourself, a Ford Transit can be very expensive to maintain. However, if you take it to a Ford dealership or other-recommended auto repair shop for all of your routine maintenance and repairs, it should cost around $500 per year if the vehicle is driving 15,000 miles annually.

Keep in mind that this number is different for every cargo van consumer. If you have to fix major problems, that will move your maintenance costs higher than average. For example, if the engine goes out, this is an expensive repair and will cost around $3,500 for a new engine. On the other hand, if you can find a used one from a salvage yard or parts vehicle, it may just cost $2000.

How long does a Ford Transit engine last?

Ford Transit engines last a long time if they are taken care of properly. The one thing that can cause an engine to burn out is letting it sit for too long without getting the oil changed or driving it around with low oil in the engine.

It is a good idea to change your oil every 3,500 miles and have the oil filters replaced every 5,000 miles. Changing your oil more often will help you catch problems such as a leaking fuel injector before it causes too much damage to your engine.

How much does it cost to replace a Ford Transit engine?

It depends on which engine you have. The most common engines that Ford Transit vans come with are a 3.7L V6 and a 5.4l Triton V8.

When it comes to the 5.4l Triton V8, the average cost for full replacement is around $3,500; however, if your Transit uses high-quality synthetic oil, it will give you an extra 100,000 miles or so.

Overall, the Ford Transit is a great cargo van and a popular one, to say the least. If properly cared for, it should last you several years. However, be sure to do your routine maintenance and not overwork the engine if it's not absolutely necessary. Vehicles are like workhorses, and they can only be pushed so far before needing repairs.

Want to learn more about cargo vans? Check out the articles below!

Can You Add Seats To A Chevy Express Van?

Have you had a Ford Transit van? How long did it last? Leave us a comment below!