Diesel engines have some slightly different components than their gasoline counterparts. Glow plugs are one such component. Glow plugs serve a critical purpose in a diesel engine's start sequence by providing the heat necessary for ignition. But just how long can you expect diesel glow plugs to last? We did the research to bring you the answer.

Unlike other engine components, glow plugs are only on for a brief period when a diesel engine starts. For this reason, the longevity of a set of glow plugs depends on the frequency of engine starts and the ambient temperature at which the engine is started (over time, on average). But in general, you can expect glow plugs to last for approximately 100,000 miles.

If you still have some questions about the life expectancy of glow plugs, don't worry. In this post, we'll discuss the topic in greater detail. We'll also talk about how to tell when glow plugs need changing, what causes glow plugs to go bad, whether you should replace all of the glow plugs at once, and how to test glow plugs to determine whether they are operational or faulty. Without further ado, let's get into it. 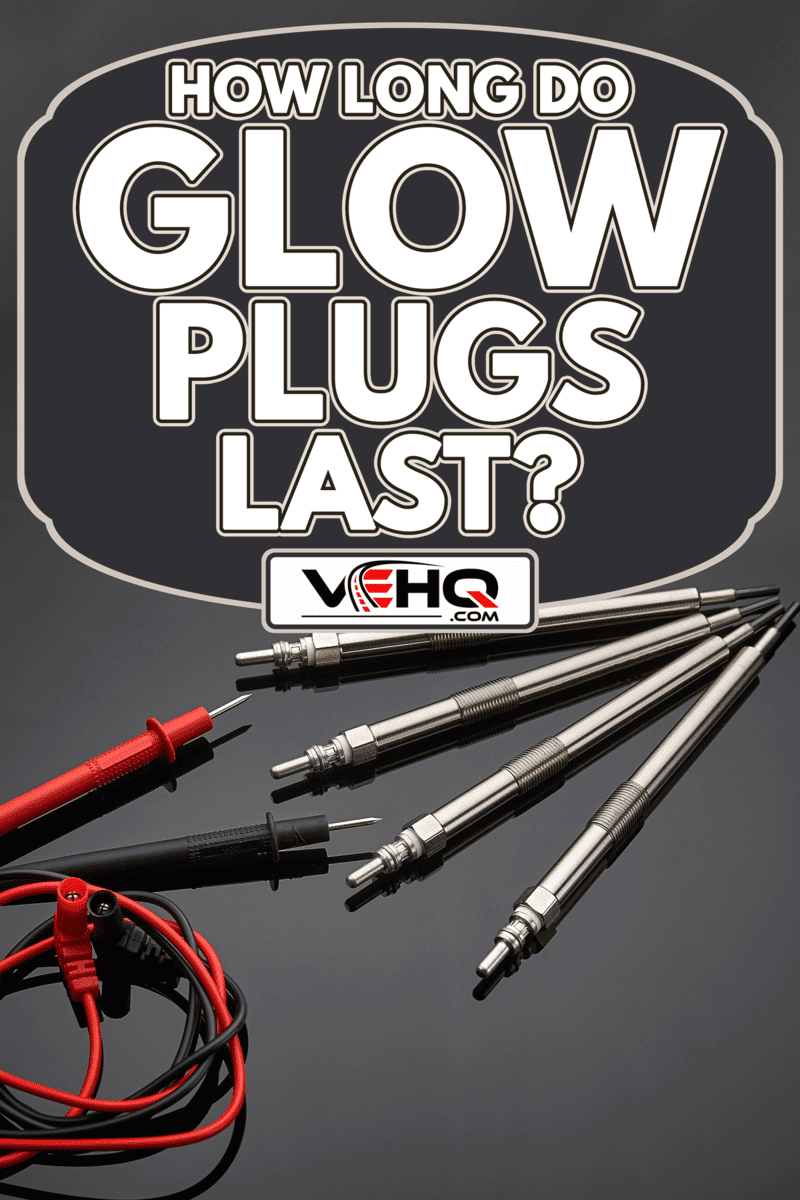 The Life Expectancy Of Glow Plugs

Unlike engine oil, fuel injectors, and other similar components, the life expectancy of glow plugs isn't directly correlated to the number of miles on the odometer.

As mentioned, the glow plugs on a diesel engine simply facilitate the ignition process by heating the air-fuel mixture in the combustion chamber to ensure that there is adequate heat for ignition.

Since the ignition process is when glow plugs are used, they really only experience wear during this time. Thus, the frequency at which a diesel engine is started is largely what determines how long glow plugs will last. In other words, each engine start effectively shortens the lifespan of the glow plugs. 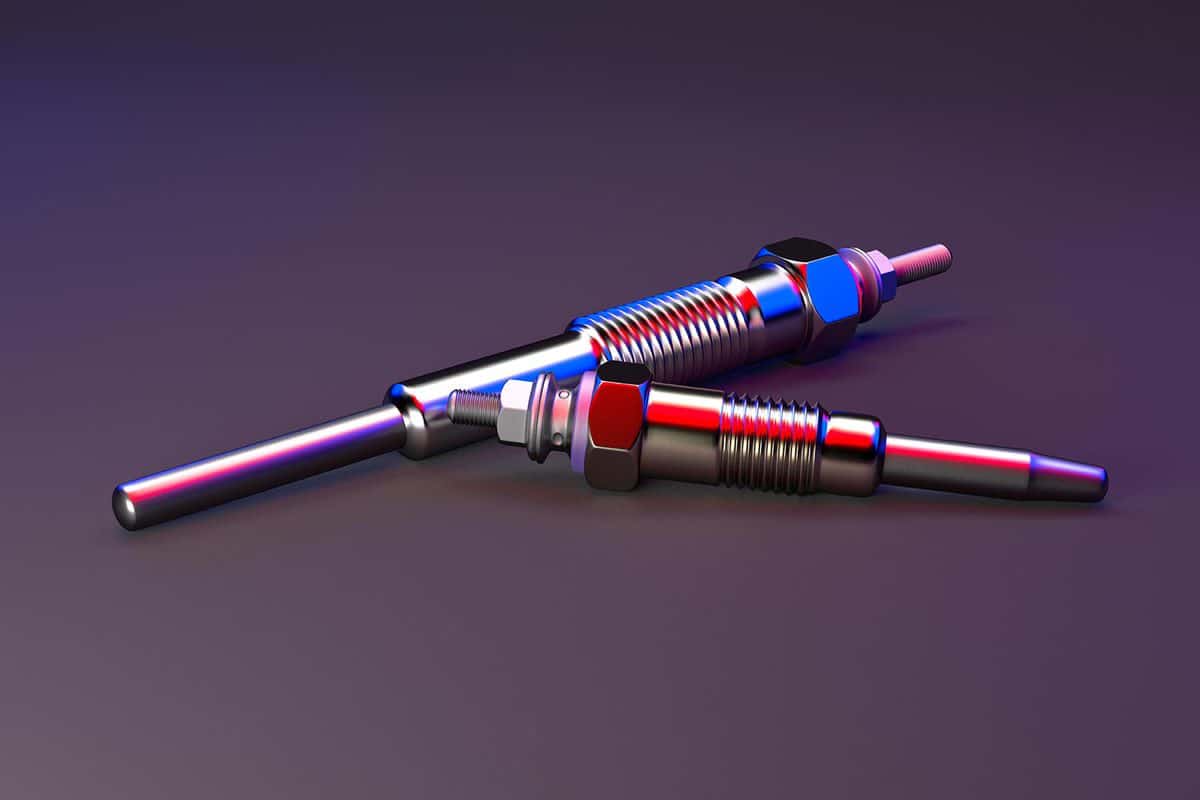 In addition, the ambient temperature at which the engine is started also impacts the longevity of glow plugs.

Diesel engines are notoriously difficult to start in cold conditions (that is, if the engine block heater wasn't plugged in, but that's a separate topic) since heat is one of the key ingredients of a successful engine start. So, in extremely cold conditions, the glow plugs might be cycled more often, resulting in additional wear.

But the general consensus is that you can expect glow plugs to last approximately 100,000 miles.

How Do You Know When Glow Plugs Need Changing?

Luckily, there are a couple of good indicators that glow plugs need to be changed.

How much difficulty the engine has during the ignition process corresponds with the number of faulty glow plugs. A somewhat hesitant start means that there might only be one or two faulty glow plugs. If it takes several attempts to start the engine, it's likely that several glow plugs are faulty.

This is especially apparent in cold climates. When it's cold out and a diesel engine struggles to start, it indicates that the glow plugs are bad.

Smoke (White Or Black) Coming From The Exhaust Pipe When Starting 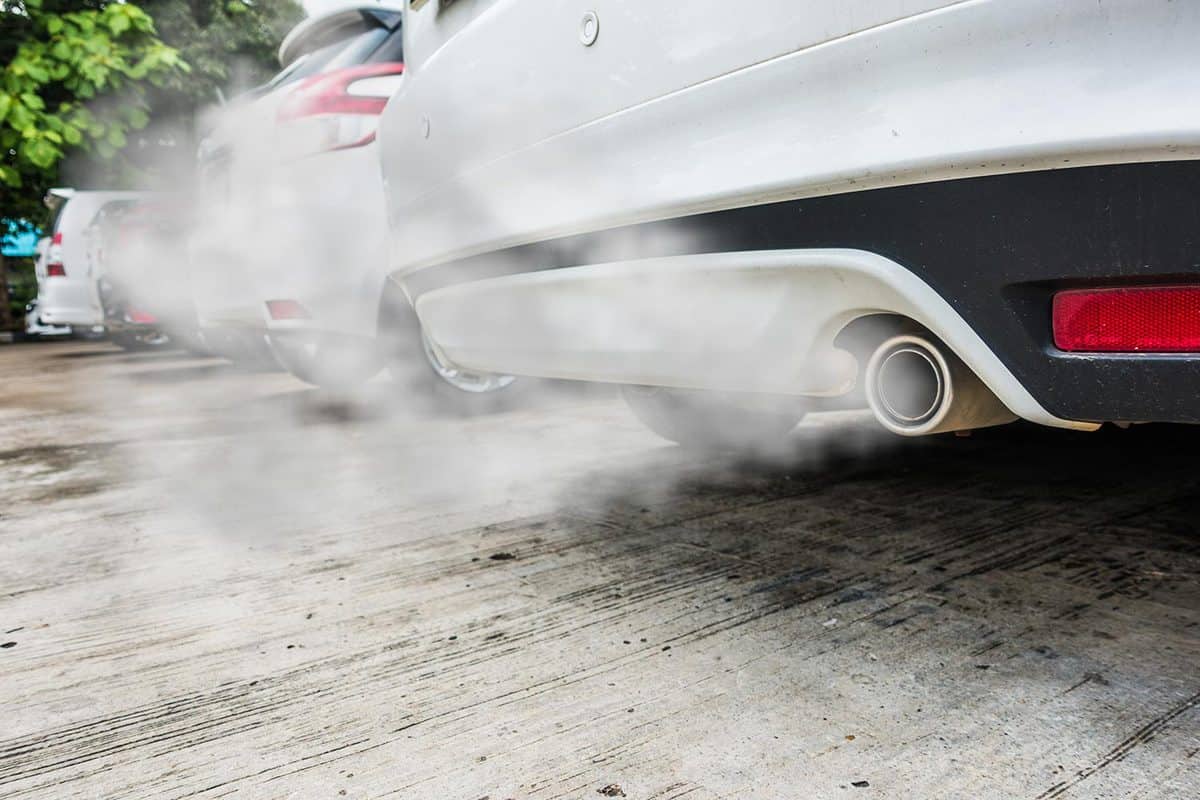 It's likely that smoke coming from the exhaust pipe will be accompanied by a rough start. 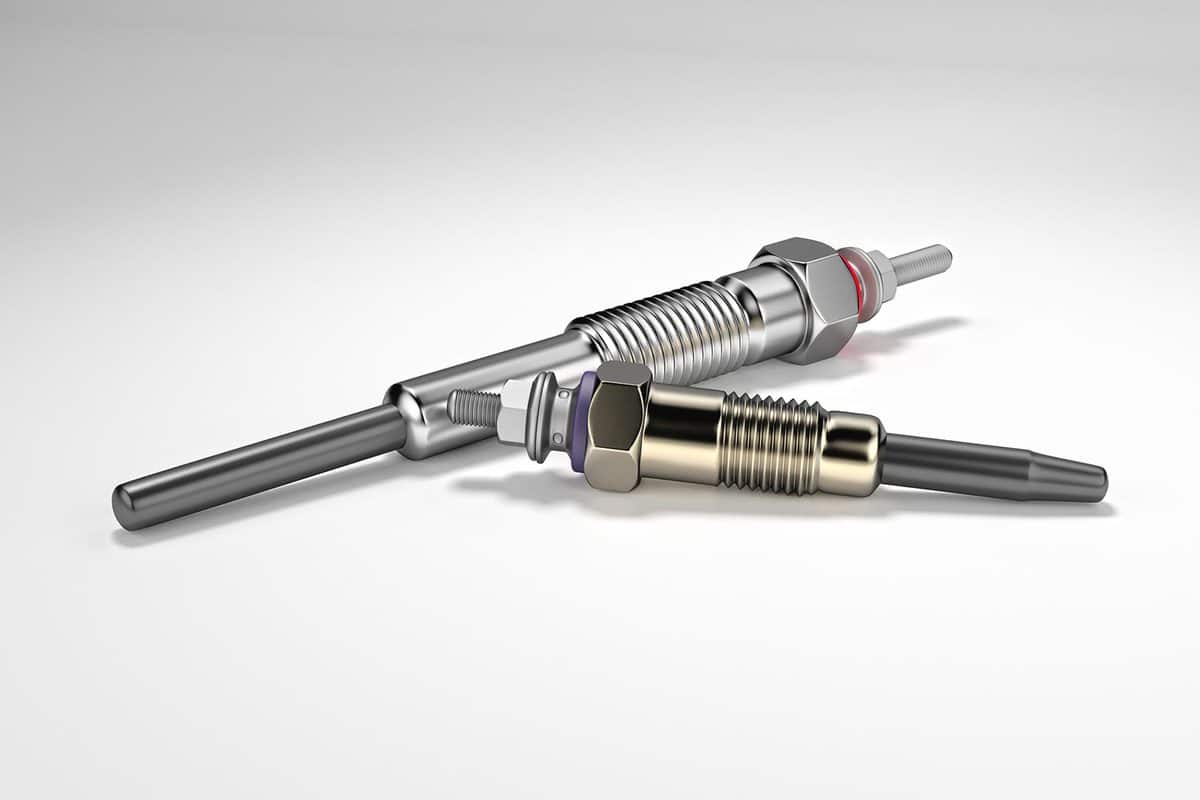 There are a couple of causes of glow plug failure.

The first is simple wear and tear. Like any automotive component, use and time will take a toll, ultimately resulting in failure.

But another common cause of glow plug failure is excess voltage. Simply put, if glow plugs are subjected to excessively high voltage, the tips of the plugs can be damaged, resulting in failure.

In addition, there could also be issues with the wiring that lead to premature failure. For instance, glow plugs should only be on during engine start to facilitate ignition, but faulty electrical components/wiring could cause glow plugs to remain on when they aren't supposed to be.

How Do I Test My Glow Plugs?

If you suspect that one (or several) of your glow plugs might be faulty, there's a way to remove the guesswork and actually test each plug to confirm whether or not they function properly.

Follow these steps to test your glow plugs using a multimeter:

For a visual demonstration of the glow plug testing process, check out this video:

Should You Replace All Glow Plugs At Once?

Even though some plugs might still function properly, they are all the same age (unless you or the previous owner only did a partial change previously). Thus, failure might be right around the corner. To prevent having to do multiple glow plug change jobs, it's best to have them all changed.

What Happens If You Start A Diesel Without Waiting? 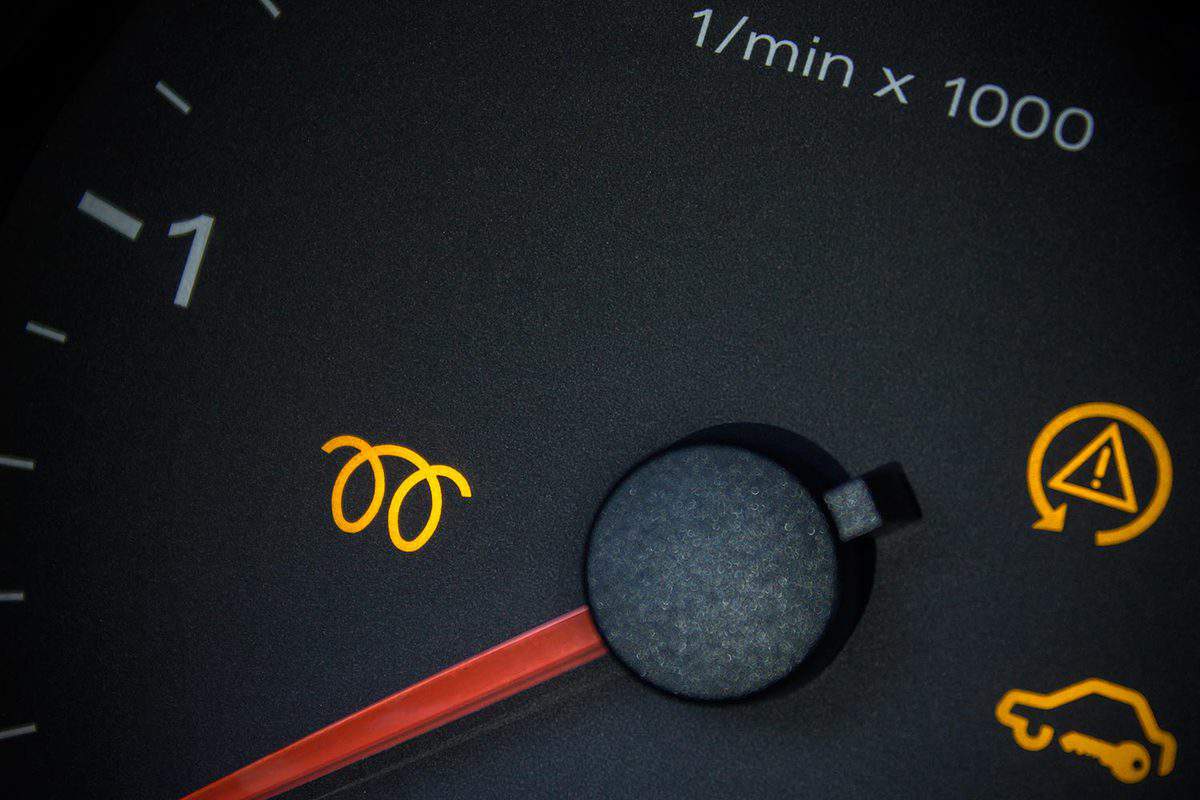 Part of a diesel engine's startup procedure is waiting for the appropriate light on the instrument cluster to turn off, indicating that the glow plugs have gone through their heating cycle and that the engine is ready to start.

Should you attempt to crank the engine before the glow plugs have adequately heated the combustion chamber, the engine could fail to start, especially in cold weather.

However, it's recommended to always wait for the appropriate indication prior to starting the engine just to be safe.

We hope this guide has taught you all you need to know about proper glow plug maintenance. Remember, glow plugs are an essential part of diesel engine ignition, so it's critical that they function properly.

Before you go, be sure to check out these other related guides:

Do Cummins Engines Have Glow Plugs?

Do Diesel Engines Have Spark Plugs?