The Chevrolet Tahoe is one of the most recognizable models in the fleet of Chevy production vehicles. A true American icon of automotive might. The Tahoe continues to be part of the top choices when picking a family SUV. In this article, we have researched and asked the experts how long a Chevy Tahoe lasts. This is what we found.

Depending on the use and maintenance, a Chevy Tahoe can last you for decades. Typically, these vehicles are rated to reach a minimum of 200,000 to 300,000 miles or 14-20 years, and sometimes even longer.

Are you interested to learn more details about Chevy Tahoe? Stick around as we discuss related questions like the best years for the Tahoe, the value of the Tahoe, the most durable SUV in the market, and many more. We will also be suggesting informative articles at the end of this write-up that you will surely like. So stick around and finish reading. 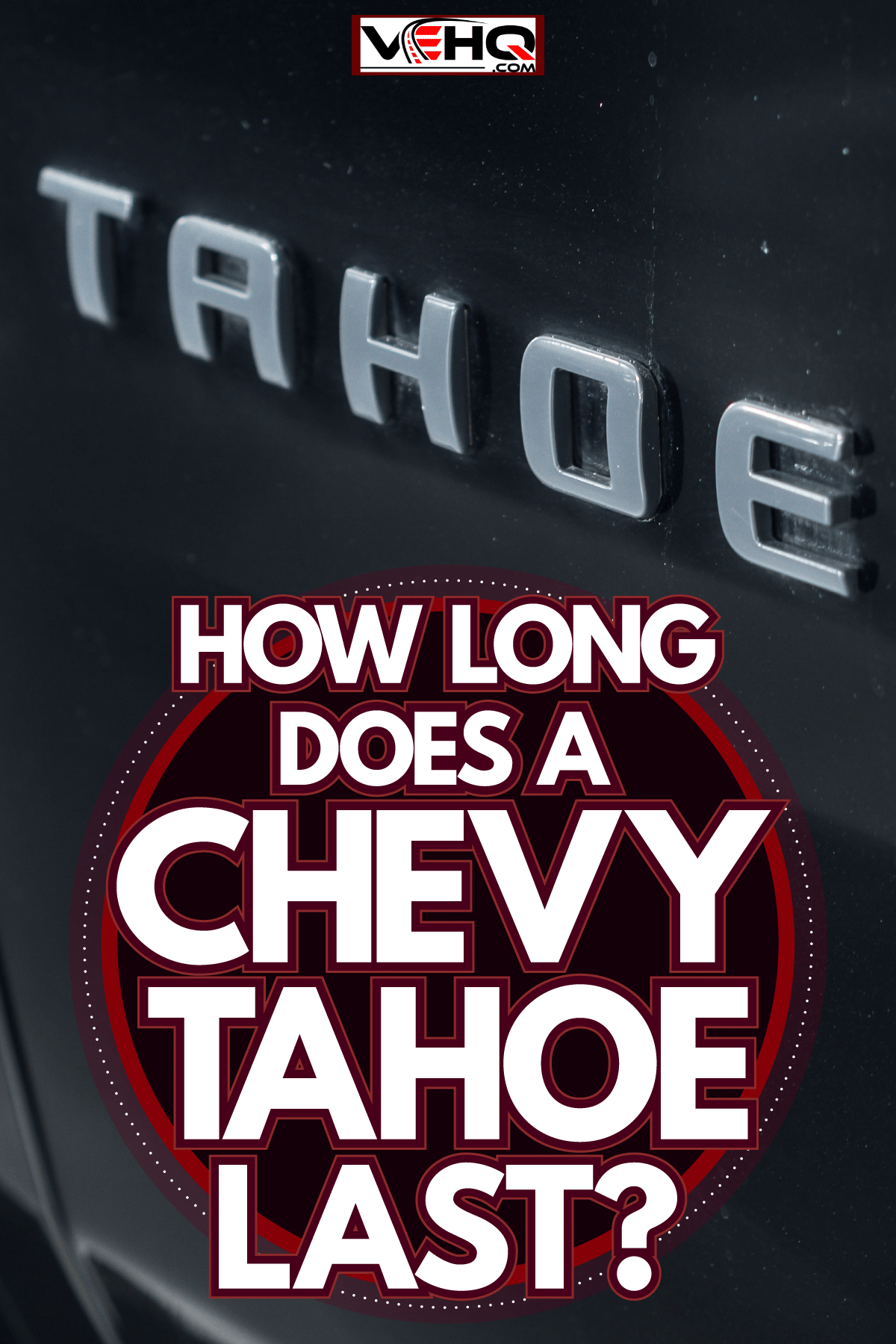 How Many Miles Can A Tahoe Engine Last?

Like most cars today, the Tahoe is rated to go well over a hundred thousand miles. Especially with the usage users put through and demand from these vehicles.

Suppose the average miles driven by Americans is 14,000-15,000 miles a year. In that case, you can get out two decades of ownership without experiencing significant repairs and parts replacement, barring accidents. 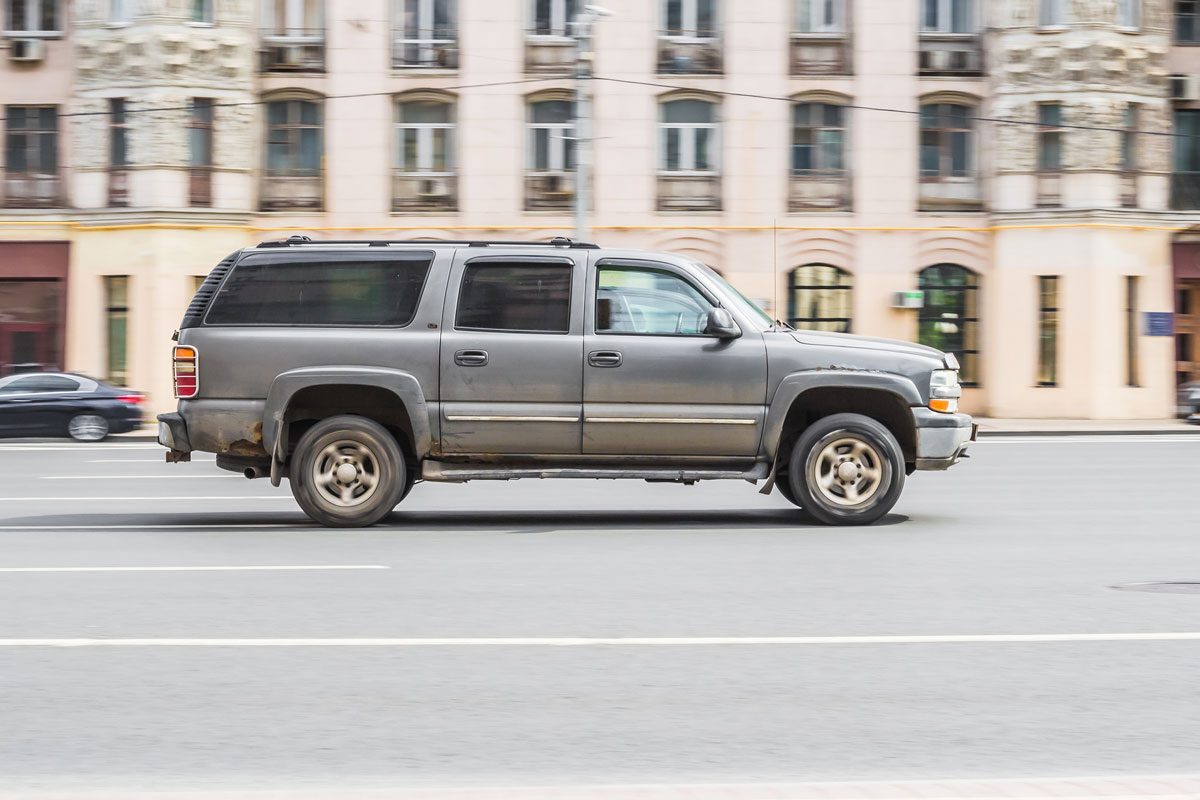 And since the Tahoe is an SUV, it also has some off-road capabilities. With a few modifications like all-terrain tires and a lift kit, the Tahoe is a competent vehicle if ever you choose to drive it on unpaved roads.

The Tahoe has been one of the top choices for family cars throughout the years because of its spacious interior and family-friendly design. The starting price is over $53,000 for the base model LS and over $73,000 for the top-of-the-line High country.

Like everything, a Chevy Tahoe will eventually wear out, especially if used as a daily driver and a family car. Maintenance and proper care are imperative for your vehicle to at least reach its suggested lifespan.

Regular maintenance such as routine changes in oil and a yearly check-up and tuning could go a long way. The everyday strain we put on our vehicles could sometimes go unnoticed, especially with a car like the Tahoe, which can give you the impression of reliability with the ride quality you get out of them.

It also pays to immediately address problems with your vehicle, even if they are only minor, to avoid them from causing more damage, which can become an expensive fix and attribute to a shorter lifespan for your Tahoe.

It would be best if you also considered the capacities and limits of your Tahoe [towing and payload capacities]. Chevy offers different ratings across the different types of engines for the Tahoe. Below is a list of the engine and the towing capacity.

You will get a better tow rating for the two-wheel-drive version compared to a four-wheel-drive one. For the hauling capacity, the following ratings are what you can expect.

We should always be wary of these ratings and ensure that we do not go over the limits of your vehicle. Doing so can be dangerous and put an unnecessary strain on your engine, resulting in overheating or a blown-off engine.

A Brief History Of The Chevy Tahoe 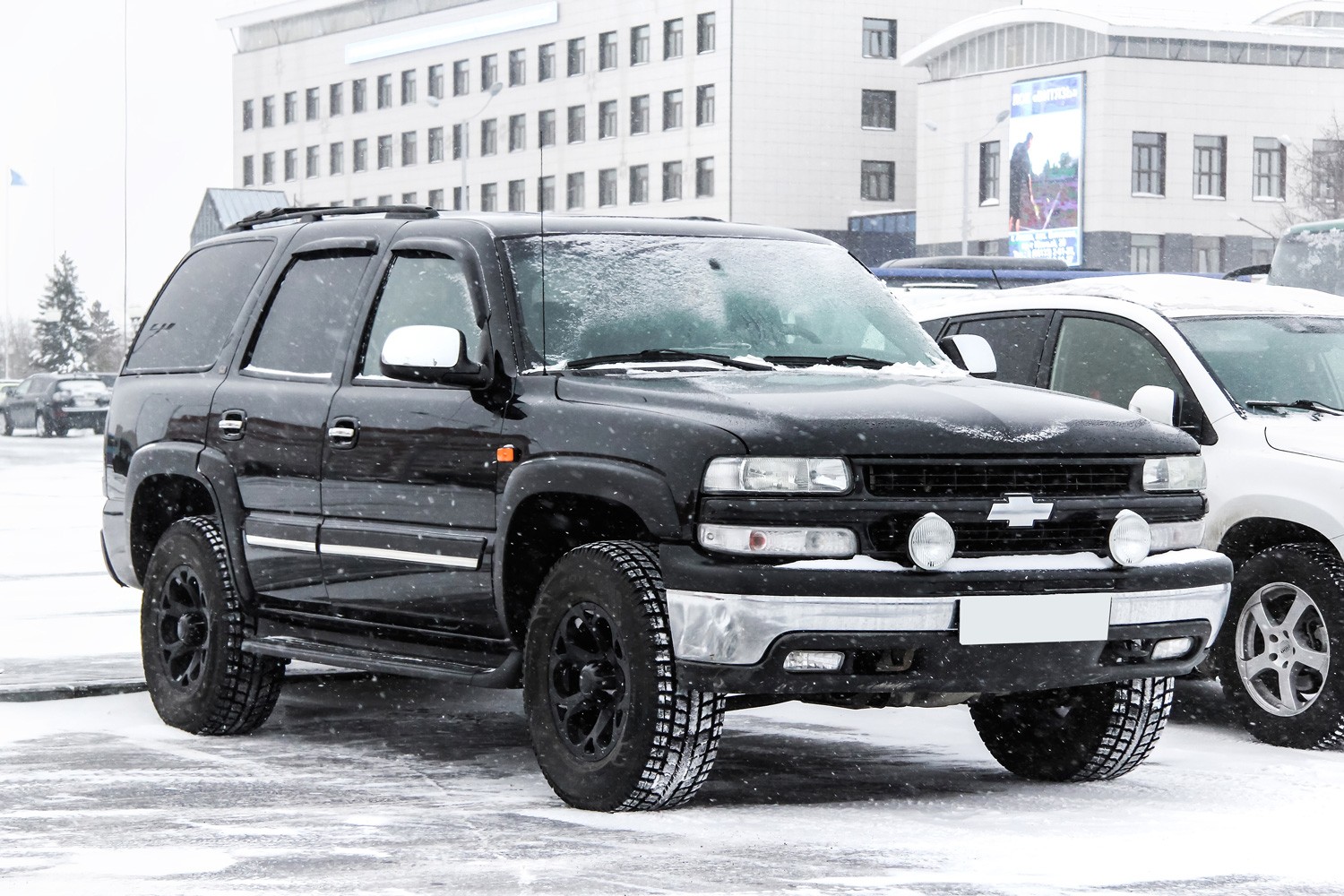 Available ever since 1994, the Chevy Tahoe was one of the leading players for Chevrolet in the surge of the SUV craze during the 90s. The market shifted from having full-size sedans to SUVs as family vehicles.

It was in part to how more valuable and capable SUVs are compared to sedans. They are more powerful, have more cargo and passenger space, and offer more power.

The origins of the Tahoe could be rooted in the Chevy Blazer, one of the earliest SUVs produced by Chevrolet. There were two offerings from that line-up during the 1980s, a compact one [the modern-day Chevrolet Blazer] and a full-size SUV, which was eventually rebranded and named the Tahoe.

Tahoe was derived from the route and the scenic views surrounding Lake Tahoe, found in the Sierra Nevada mountain range in California. A sister of the Tahoe was also born at the same time, becoming the flagship SUV for GMC, the Yukon, named after the Yukon Territory in Northern Canada. 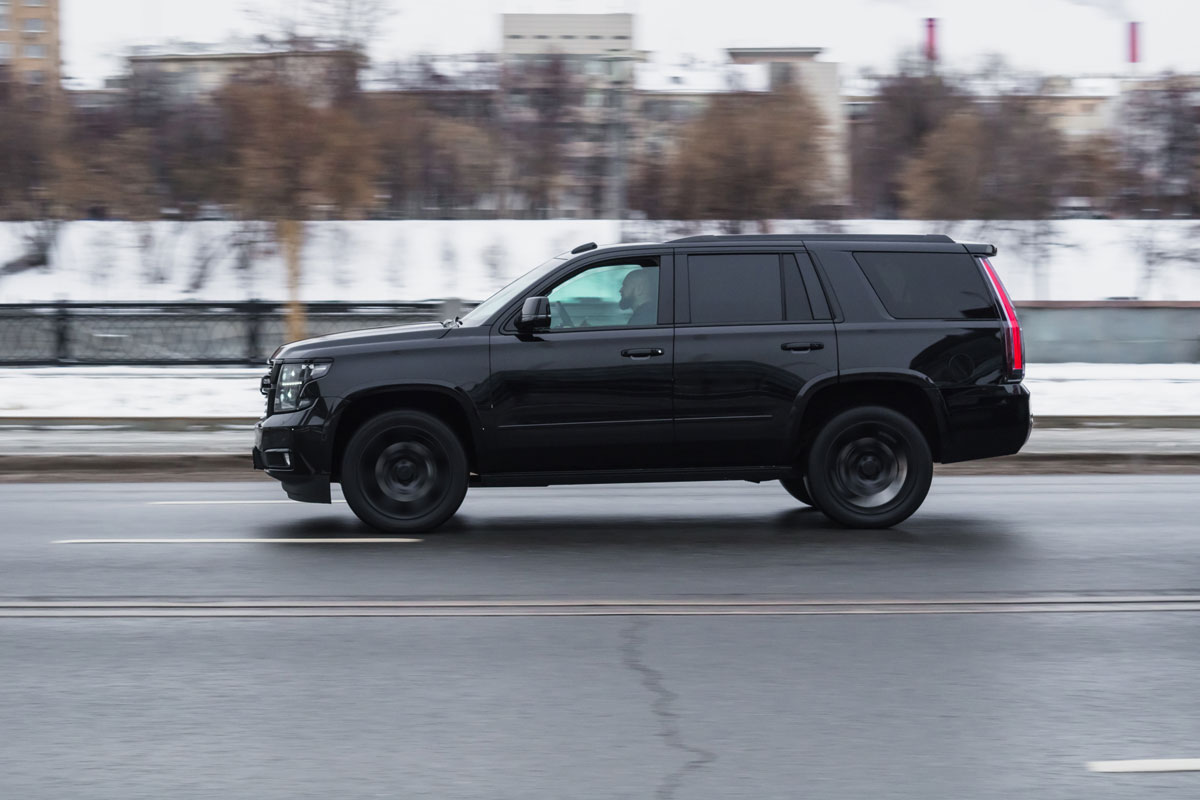 Tahoe continues its dominance in sales and remains on top of the full-size SUV market, together with the Chevy Suburban. In the first quarter, Chevy Tahoe was responsible for over 18.7% of sales in its segment.

In 2014, it was named the Best full-size SUV outperforming some of its rivals in its segments like the Toyota Sequoia, Ford Expedition, and the Nissan Armada.

Another car that shares the same body frame platform is the Cadillac Escalade as GMC, Chevy, and Cadillac all fall under the same ownership of General Motors.

What Year Is The Tahoe Most Reliable? 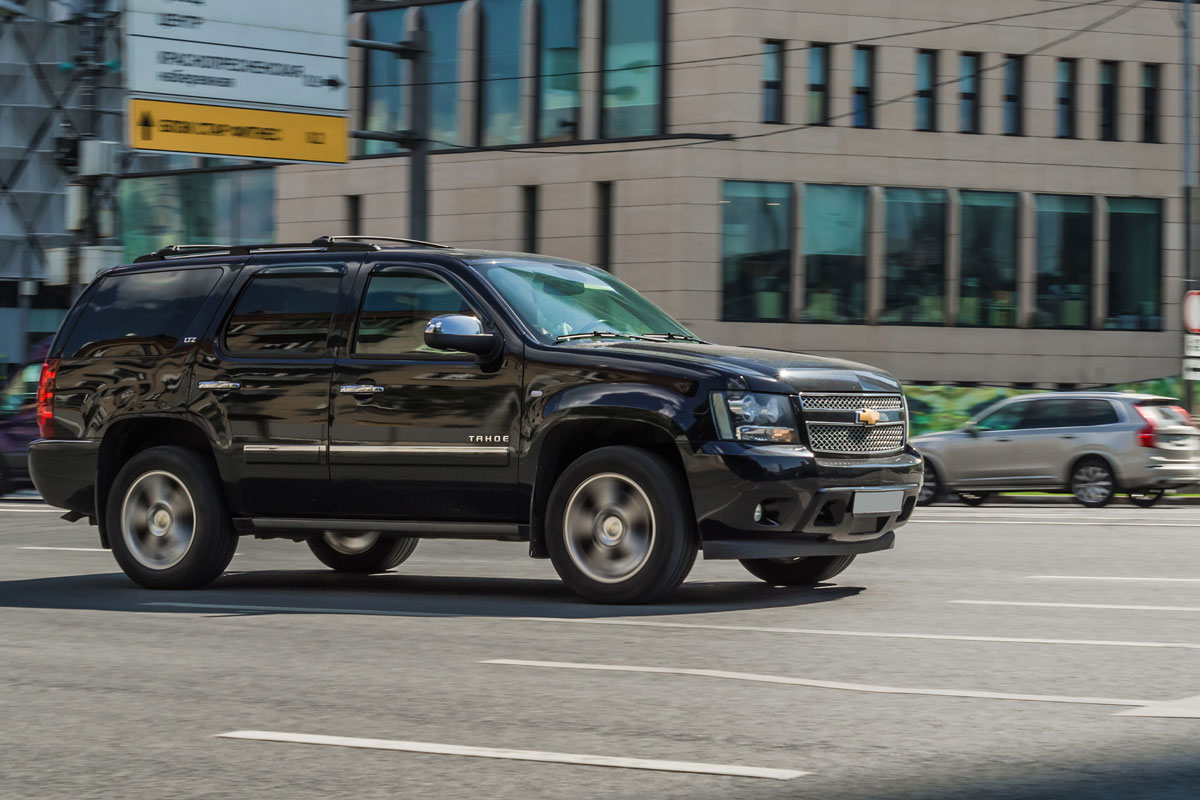 The Tahoe has only been around for nearly three decades, but its manufacturer has been around since 1911. This gives the Tahoe more than a hundred years of automotive engineering knowledge behind it.

That is why most of the year models for the Tahoe have been seamless and generally safe. Below is the best model year for the Chevy Tahoe.

Most of the complaints you may encounter in the non-mentioned model years are defective fuel pumps and cracks on the dashboard. But these are rare, and there is a high chance that you won't be experiencing them.

Other minor problems like problems with the power windows and A/C units were the common complaints for the 2001 model year. Reports of broken rear window hinges are common as the vehicles rack up some miles.

For the 2022 model year, knocking noise from the steering column was the culprit, particularly after turning 60,000 miles and up. This was also prevalent in the 2003 model year.

While for the 2011 model year is mainly cracked dashboards, the same as the 2001 model year. This was the most widely complained about problem from the Tahoe.

Other problems like sticky brakes were reported in some units of the 2016 Tahoe. For the same year model, AC failure was also said to be one of the most common problems for this batch. But overall, the complaints were still few to declare for a recall.

Overall, used Tahoe's are one of the most reliable vehicles in only a few years where there are mass reports of some malfunctioning the vehicle. This is especially true with old-school Tahoes that have already run for over two decades and still perform like brand new.

Is The Chevy Tahoe Flat Towable?

Yes, you can flat tow a Tahoe, especially the older ones with a manual transmission. Only the 4wd with a transfer case is flat towable with modern models. This is usually mentioned in the owner's manual if your model can be flat towable, so if you are unsure, you can always check it there.

To flat tow a modern Tahoe, you need to put the transmission to neutral and the 4wd in low. You would also need to find specific tow bars and brake light systems that would be in sync with the braking of your motorhome for safety reasons.

How Well Does Chevy Tahoe Hold Up Its Value? 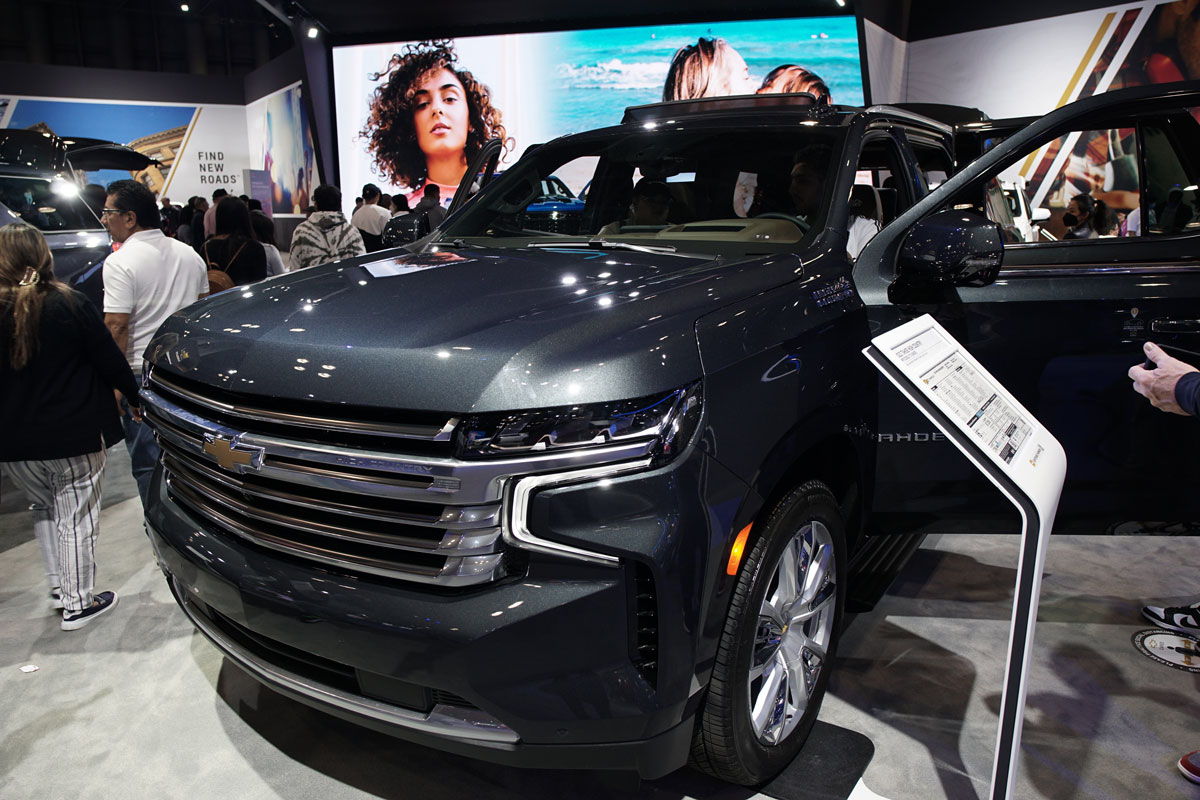 Within five years of ownership from buying its brand new, you can expect a depreciation value of 33% for the Tahoe. This gives you a $44,866 resale value, assuming you bought the car at a sticker price of $67,387.

It is also worth noting that these estimations may vary depending on the trim model of your car. Other factors should be considered, such as total mileage, repair history, crash history, legal history (if any), and even cosmetic issues, which all have a say in the final appraisal value of your car. 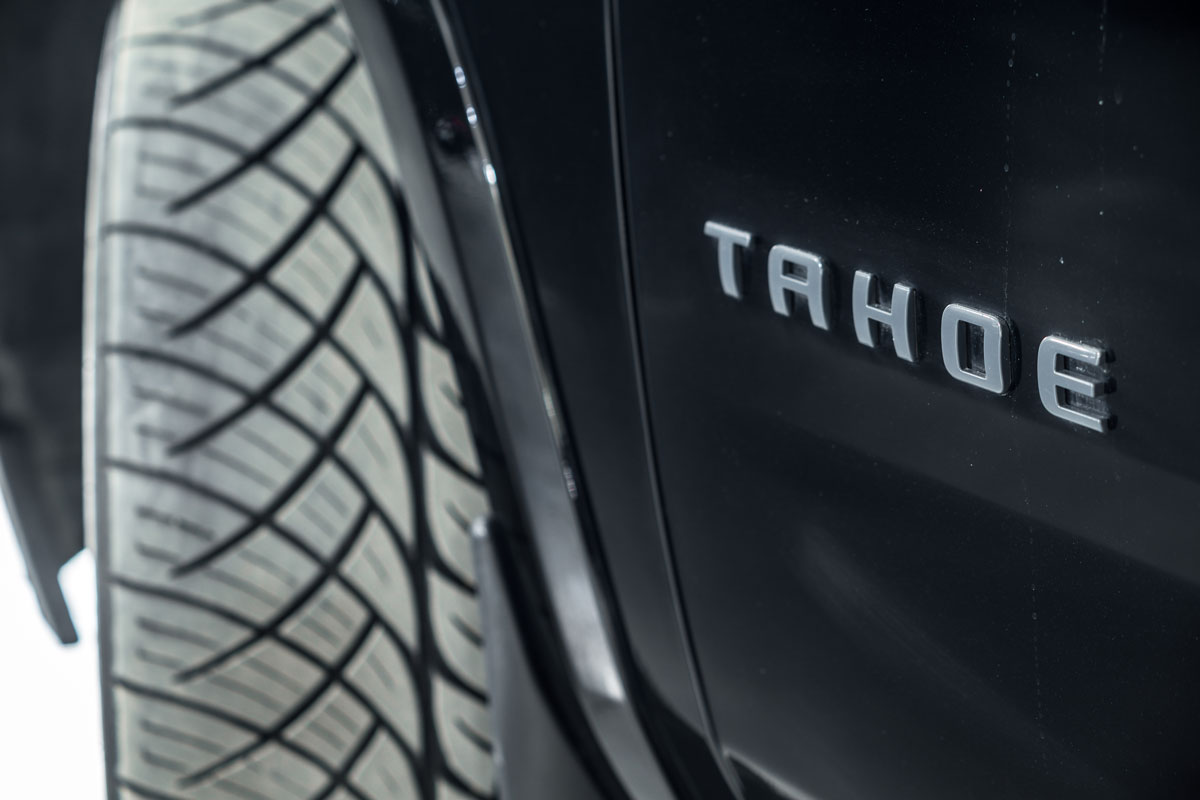 The Chevy Tahoe is a dependable vehicle that will surely last a long time, especially if you take care of it. The long heritage and experience of Chevrolet when it comes to vehicle making is fully displayed when talking about the Tahoe.

It is also one of the best vehicles in its segment and continues to perform well on sales and customer approval ratings. So ever you are on the lookout for a bang-for-the-buck full-size SUV, whether it be for family, personal, or even VIP use, have a look at the Chevy Tahoe.

Here are previous articles that we have written for you. Go ahead and check them out.

How Long Does It Take To Build A Chevy Tahoe? [Time To Delivery]

What Is Normal Oil Pressure For A Chevy 5.3 Vortec?

Do Chevrolet Trucks Have Flex Fuel?