The catalytic converter used in a vehicle helps transform and reduce the number of pollutants and toxic gasses emitted in exhaust gas. However, you may have questions about how long a catalytic converter lasts and when it needs to be replaced. We researched catalytic converters, respected car part manufacturers, and what experts had to say on the matter. Read on to learn more in-depth information about this essential element used in gas-powered automobiles, buses, trucks, and motorcycles.

Discover helpful information such as signs the catalytic converter is going bad and keeping your vehicle and essential parts in top condition. 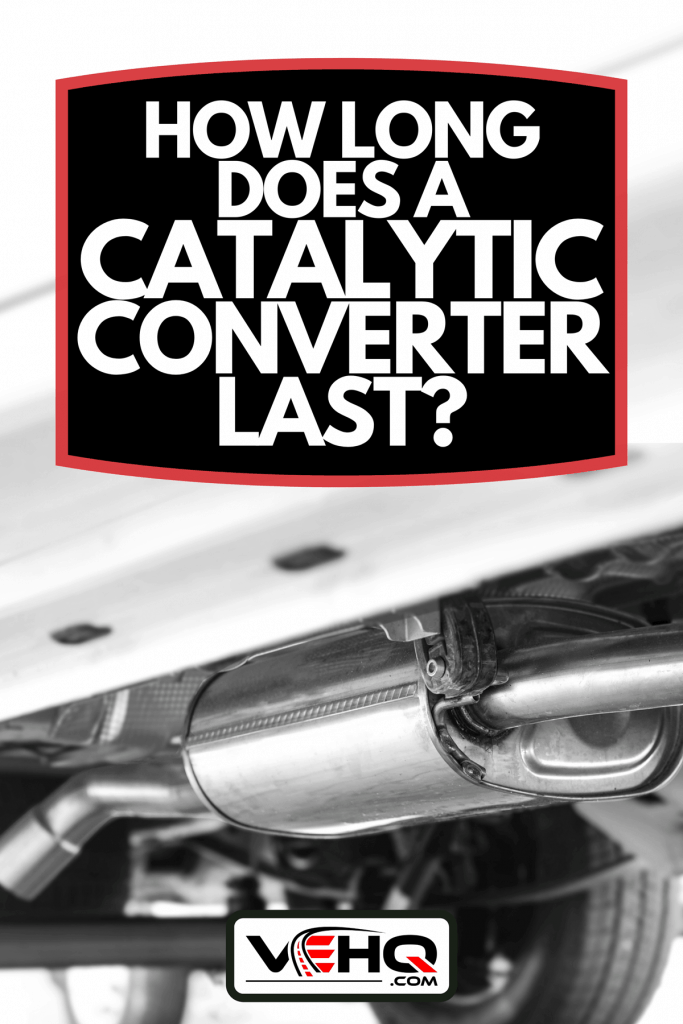 The invention of the catalytic converter or "cat" for short is a helpful element for a vehicle and its exhaust system. The catalytic converter is responsible for removing harmful pollutants from the exhaust, such as nitrogen oxides, hydrocarbons, and carbon monoxide, from entering the air.

Most catalytic converters last around ten years or 100,000 miles, whatever comes first. The biggest factor in a catalytic converter's lifespan is how one drives. Taking many short trips that involve a lot of start-and-stops can lead to extra wear on the converter.

Although many converters are advertised to last the life of a car, sometimes it is the components within a converter that can degrade over time. Plus, due to the precious metals used in a converter, they are subject to theft and must be replaced. 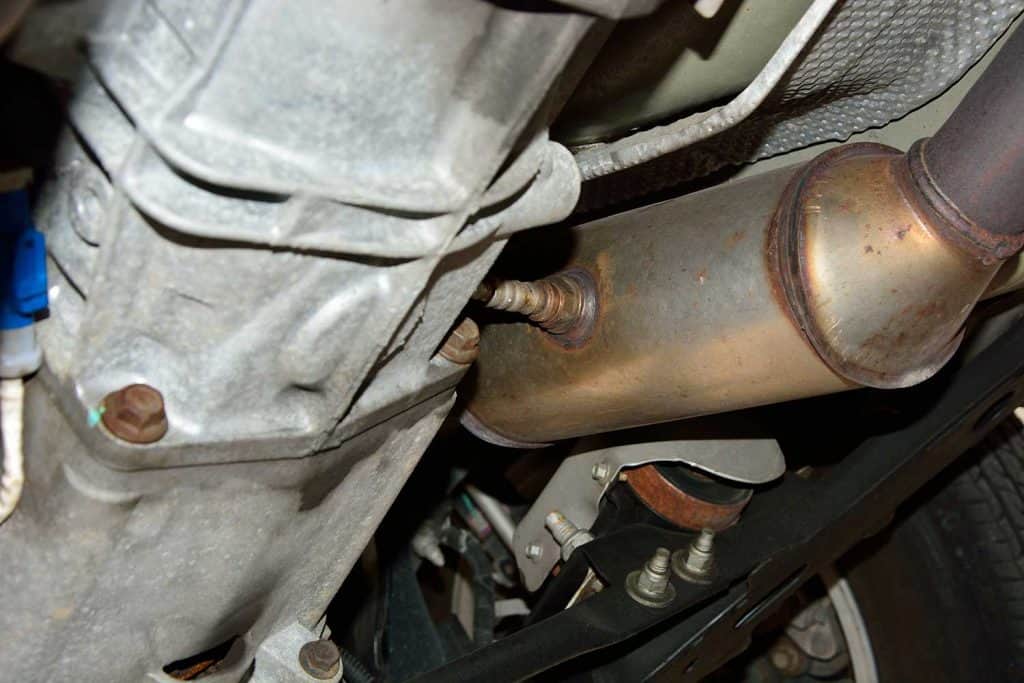 The life of your car's catalytic converter and engine are connected. It pays to keep your vehicle running and in good shape. Sometimes a converter begins to fail because of unseen or unchecked damage. Too much gas or oil running to the engine can end up clogging the converter. If there are problems with fuel delivery, the engine is misfiring, unable to start, or the car begins to suffer stalling or power loss, it's time to check out the converter.

When fluids like coolants or engine oil somehow enter the exhaust, the converter can become contaminated. A cat that is clogged with carbon soot inside can quickly become clogged and ineffective. Damaged pieces of a converter can break off and cause problems, especially overheating or physical damage from road incidents.

Help your catalytic converter run longer and enjoy a better performance by not allowing your car to idle all the time. If a car suffers any damage while on the road, take the time to inspect it inside and out to see if the converter or engine is okay. Never let an engine continue to go without being serviced as needed for too long. Engine problems can lead to a failing catalytic converter.

Remember, misfiring, overheated engines can lead to melting, overheated converters, and more significant car problems. Routinely take your car in for service and replace and repair parts as needed.

Invest in the life of your car and consider regularly using a catalytic converter cleaner to the gas tank. You can also look into a cleaner that takes care of removing clogs, deposits and cleans up the car's entire exhaust system, covering the cat, engine, and other parts. A converter that has to struggle less with dirty insides helps improve its longevity and reduces the chance of immediate replacements.

Read more: How To Clean A Catalytic Converter

What Are The Symptoms Of A Bad Catalytic Converter?

Chances are, if you have recently failed an emissions test, you may want to look into your catalytic converter. The "cat," as it is more commonly referred to, is vital to removing carbon monoxide and other toxins from your car's exhaust system. However, when a catalytic converter is going bad, a vehicle can quickly become a smog-producing machine and suffer other problems.

Some common signs that a cat is going bad and needs repairing or replacing include the following points.

If you notice the following signs, it is time to take your car in for a check-up at your local mechanic or certified car dealer. Many problems with a cat start because there is an issue with the engine.

If the oxygen sensor fails, the engine timing is off, spark plugs are bad, or there is a bad air and fuel mixture, a cat can overheat and malfunction. Any oil or antifreeze that enters a car's exhaust system can gradually coat a catalytic converter with heavy carbon deposits, causing problems if not removed. Potholes, rocks, and other dangers on the road and hamper a catalytic converter due to dents, broken and loose parts, leading to reduced performance.

Check out this catalytic converter cleaner on Amazon.

How Many Miles Will A Catalytic Converter Last?

A catalytic converter usually lasts about the average life of a car in its prime, between 70,000 to 100,000 miles. Provided that a cat isn't damaged and is running smoothly, a driver may be able to push it to the limit, up to 150,000 miles, depending on the vehicle's state. Many converters come with a warranty of about 8 to 10 years. Some drivers have managed to amass 200,000 miles with the vehicle's original cat intact.

How Do I Know If My Catalytic Converter Needs To Be Replaced?

If you knock on your catalytic converter and hear a rattling sound, it might need to be replaced. Damage to a converter can happen when a car rides over a pothole, encounters flying rocks and other debris on the road. Loose parts can impact a converter's performance, leading to car problems like noise, foul odors, and a failed emissions test. The health of your car's engine and catalytic converter are intertwined. Have your vehicle routinely checked up to prevent problems.

Look out for excessive heat emanating from the underside of the car, dark-colored exhaust smoke, and poor engine performance as signs the catalytic converter is in trouble. A car approaching the 100,000-mile mark or ten years of age may need to have its converter replaced. If a car lacks a catalytic converter, the vehicle may sound like it's roaring when starting up, or you step on the gas. A car without a working catalytic converter will give off exhaust that smells like sulfur.

Check out this universal stainless steel catalytic converter on Amazon.

How Long Can You Drive With A Bad Catalytic Converter?

You can drive as long as you wish with a bad catalytic converter. However, you risk receiving a fine in areas where a vehicle is required to have a catalytic converter installed, plus failing emissions tests. Driving around with a bad converter may lead to living with a car displaying the check engine light on, problems starting up the car, roaring sounds, smells of sulfur, and thick black exhaust.

It isn't immediately dangerous to drive with a bad converter if plugged in a few places. But, if you continue riding around with a failing converter that needs replacement, you are risking incurring legal trouble. A wholly clogged converter emits heavy smog into the environment.

Misfiring can occur if a faulty converter readily heats up and ignites the gas in the engine. It can cause resulting engine damage. There's no good reason to continue driving with a bad converter. It leads to dramatically lowered vehicle performance, sluggish acceleration, and reduces fuel efficiency.

We hope you better understand the importance of a catalytic converter, its lifespan, and when it needs to be replaced. Without a cat, many vehicles would output more harmful elements into the air we breathe. Catalytic converters can suffer reduced performance or damages because of interference with the exhaust system, debris from the road, and broken or loose parts. If something is wrong with a catalytic converter, there are more than a few clear signs an inspection of your vehicle is needed.

Before you go, don't miss out on the following helpful articles:

16 Things That Will Fail a Car Inspection