Replacing the family minivan is something most consumers don't want to have to do often. The vehicle you choose to taxi your precious cargo around town should be safe, reliable, and long-lasting. If you currently own or are considering purchasing a Dodge Grand Caravan, you'll want to have a good idea of how long you can expect this vehicle to last your family. We researched this popular minivan from numerous professional sources so that you and your family will know the lifespan of your purchase.

On average, the Dodge Grand Caravan will last 300,000 miles. To achieve this amount of road mileage, you must perform regularly scheduled factory maintenance.

Now that we know how long a Dodge Grand Caravan will last, let's explore how to reach this mileage milestone. You might also be wondering what the best model year is for the Dodge Caravan or if any model years had transmission problems. For the answers to these questions and more, read ahead in this post to see what our research has uncovered. 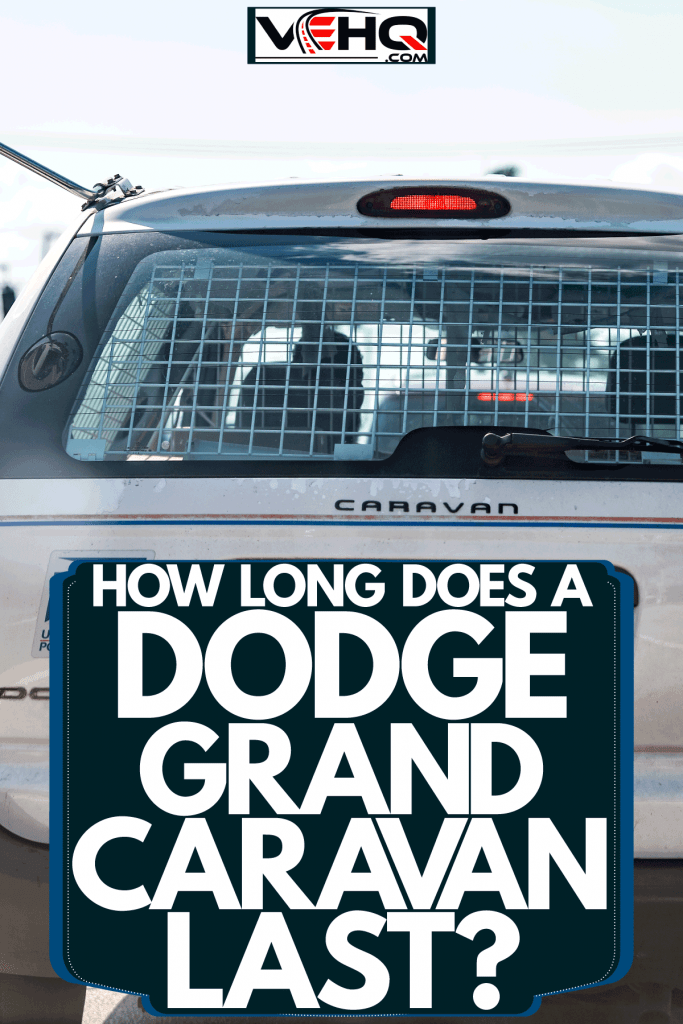 Getting the most out of your Dodge Grand Caravan

How long your Dodge Grand Caravan will last greatly depends upon two factors; how you drive it and how well you maintain it. Expecting any vehicle to last or exceed its typical lifespan means you'll need to be diligent in following the manufacturer's maintenance schedule. Just as important is how you treat the minivan on the road.

Avoid stop-and-go driving as much as possible. If you are doing a lot of sudden braking, you'll be putting unnecessary strain on the drive train, tires, and transmission. City miles will wear down a vehicle's parts much more quickly than highway driving. So if you are doing the majority of your driving in town, it's critical to have your tires and brakes checked routinely.

On the highway, be mindful of how you handle your minivan. Practice "smooth operating" tactics as much as possible. This means not stomping on the accelerator or brakes (unless you're trying to avoid an accident). Avoid aggressively jerking the steering wheel. When possible, don't drive during inclement weather.

Any vehicle you operate should have routine maintenance performed. This is outlined in detail by the manufacturer. Below are some of the most essential maintenance operations that need to be adhered to. You can find a full list of recommended maintenance for the Grand Caravan online.

These maintenance items are best performed by a professional. Contact your local dealership or a trusted mechanic for the best and safest service.

In addition to the above, Dodge recommends that every month you should make it a point to carefully inspect your tires, tire pressure, battery terminals and connectors, and all fluid levels. Any abnormalities should be remedied as soon as possible. Doing so will not only ensure that your Caravan operates to the best of its ability but that you and your family's safety is protected.

Consumer advocates rate the Dodge Grand Caravan as having average reliability for its class. J.D. Power and Associates rated this vehicle as 71 out of 100 on reliability. Repair Pal has rated it as a 4.0 out of 5.0 and states that the typical amount spent on repairs annually is $673.00.

The Caravan has not changed much at all since the 2008 models were produced. While they are of average reliability, this model minivan does lack a lot of the onboard bells and whistles of others in its class. While still a popular choice for a family vehicle, consumers that want a more modern minivan are beginning to highly rate the Honda Odyssey and Toyota Sienna over the Dodge Grand Caravan.

It's reported that older model Dodge Grand Caravans have had the most issues. These mechanical problems were much less prevalent in more recent years. Ahead in this post, we'll discuss the significant issues for each model year Caravan.

Consumers have also cited issues with the Caravan's transmission over the years. We'll cover the ins and outs of that later in this post.

What is the best year for Dodge Grand Caravan?

The 2020 model Dodge Caravan is the best year to own. To date, there have been zero recalls for this model year. The 2019 model has also proven to be reliable. The 2019 Grand Caravan has only had two recall notices sent to consumers. While a nuisance, the recalls for 2019 were for very minor issues. They included faulty hood release cables power door lock replacements.

It's advised to avoid the 2005 and 2011 model years of the Grand Caravan. The 2005 year has had the most consumer complaints by far, although many were for minor to moderate malfunctions. While the 2011 model year had fewer complaints overall, the issues were more substantial.

What problems do Dodge Caravans have?

The problems that consumers have reported with the Grand Caravan will depend upon the model year. Earlier models were certainly more prone to recalls and complaints than models produced after 2014. While the list below isn't all-inclusive, it will give you a good idea of the most common recall reasons with each model year. Keep in mind that there is a difference in recalls and consumer complaints.

A complete list of all recalls and consumer complaints on the Dodge Grand Caravan can be found at carcomplaints.com.

While nearly every year of Dodge Grand Caravans has had complaints about the transmission, some years were substantially worse than others. 2013, 2012, and 2008 models garnered the most issues. However, the 2005 models had the most severe and costly transmission failures.

Most commonly, the issue with the Caravan transmission has been with the torque converter. When this component begins to fail, a lot of debris and sludge will build up in the transmission fluid. This will quickly lead to the transmission "slipping" or not changing gears.

Has your transmission fluid checked if you notice any irregularity with transmission shifting in your Caravan? If the problem persists, take action. Get an inspection performed by the local dealership or mechanic. This is especially important if you are driving one of the model years listed above.

Minivans are an excellent vehicle for traveling with your family, as well as shuttling your children around your community. The Dodge Grand Caravan proved to be a relatively reliable class of minivans from 1984 to 2020. While other models will last longer and have more modern onboard features, the Grand Caravan will still last an above-average amount of road miles. For the best results, avoid specific model years. And always adhere to the manufacturer's maintenance schedule.

If you found this post on the Dodge Grand Caravan to be informative, we believe you'll enjoy reading the following posts on other minivans:

Toyota Sienna: What Are the Common Problems?

What are the Honda Odyssey Interior Dimensions?