Under normal circumstances, it should only take an average of 18 hours to assemble a Chevy Tahoe. Supply chain issues have made certain parts scarce, which makes the full assembly time and time to delivery take a minimum of four weeks.

Now that we know how long it will take to build a Chevy Tahoe, we'll take a look at the ordering process for this SUV. You might also be wondering where the Chevy Tahoe is assembled or how many Tahoes can be built in a year. For the answers to these questions and more, read ahead in this post to see what we've uncovered in our research. 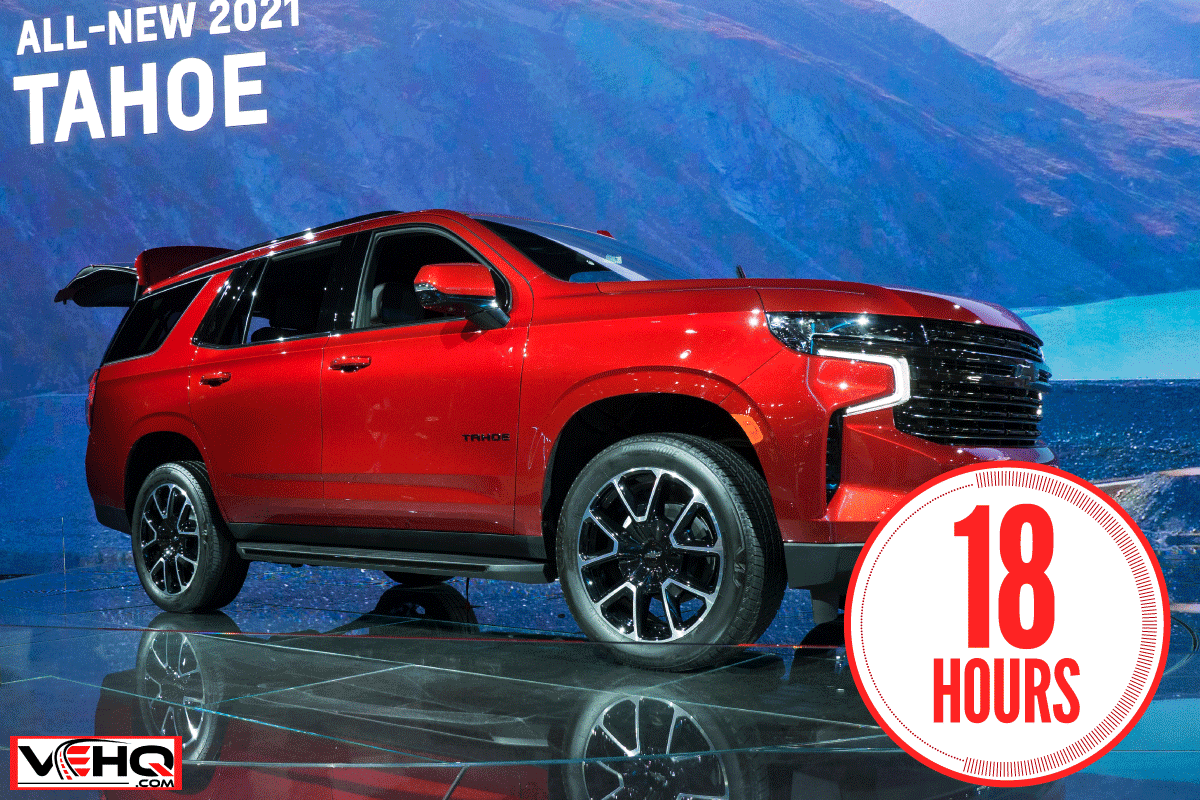 The Ordering Process For The Tahoe And Other Chevy Vehicles

You can always walk onto a Chevy lot and get what they have on site. But some of us want certain trim levels or add-ons that might not be available at your local dealer. This means putting in a custom order and waiting until it gets delivered to you. 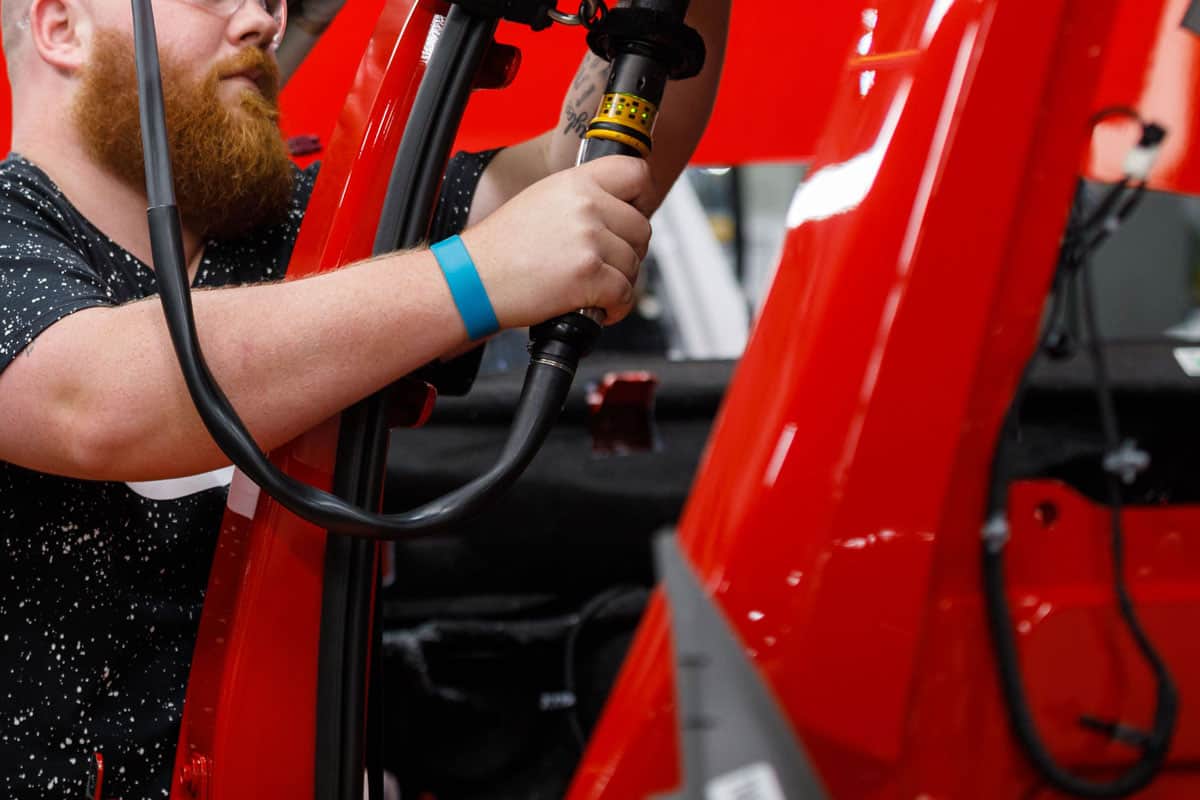 Ordering a custom Chevy vehicle can be done in one of two ways. Chevy has a website that will allow you to custom-build your Tahoe, secure financing, and get an estimated delivery date. Though convenient, this method does have its drawbacks.

Doing this on your own means that you won't have the professional guidance of a trained Chevy associate available to answer your questions.

There are some advantages to having a Chevy dealership help you, as the associates will know all of the features available as well as have an in-depth knowledge of all trim levels and add-ons.

Get Your Spec Sheet Online And Take It To The Dealership 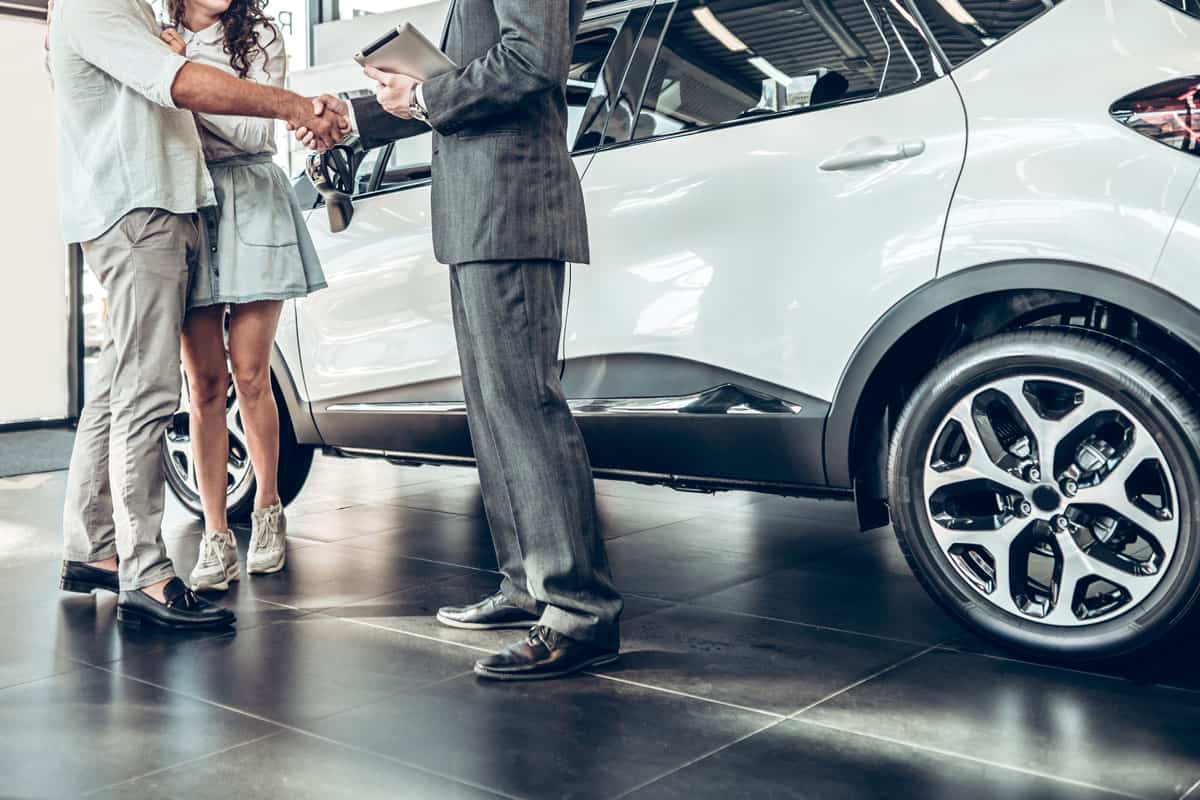 An ordering method that will ensure that all your questions get answered thoroughly is to build the desired Tahoe online, then print off the spec sheet and bring it into the dealership. There, a trained associate will be able to verify that the model you built is suitable for your needs.

These professionals might make some helpful suggestions for you to consider, as well. There are several packages offered for the Tahoe that you might not get the gist of by simply reading the information on the website.

This method takes more time, but sometimes having a professional set of eyes is worth the wait.

Where Is The Chevy Tahoe Assembled? 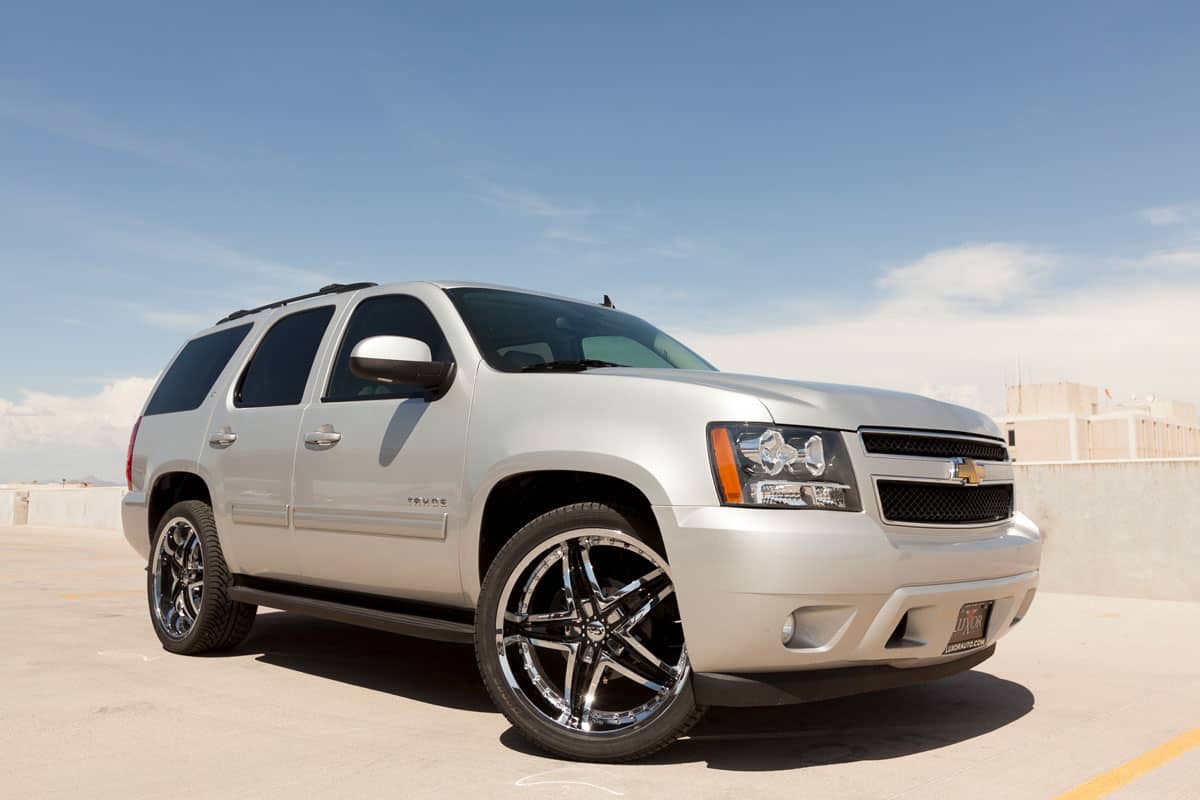 There are automotive plants all over the United States, with Chevy having them in multiple locations. Though some models might be assembled in several different plants, the Tahoe is only made in one place.

Since 2019, the Chevy Tahoe has been built at the Chevy plant in Arlington, Texas. Before that, there was a plant in Minsk, Belarus that built the Tahoe for the Russian market. Chevy decided at the end of that year to have all of the Tahoe SUVs built in the United States and exported to foreign markets from there.

The Tahoe is in good company at the Arlington plant. The familiar Chevy model Suburban is also built there, as are the GMC Yukon and the Cadillac Escalade.

How Many Tahoes Can Be Built In A Year? 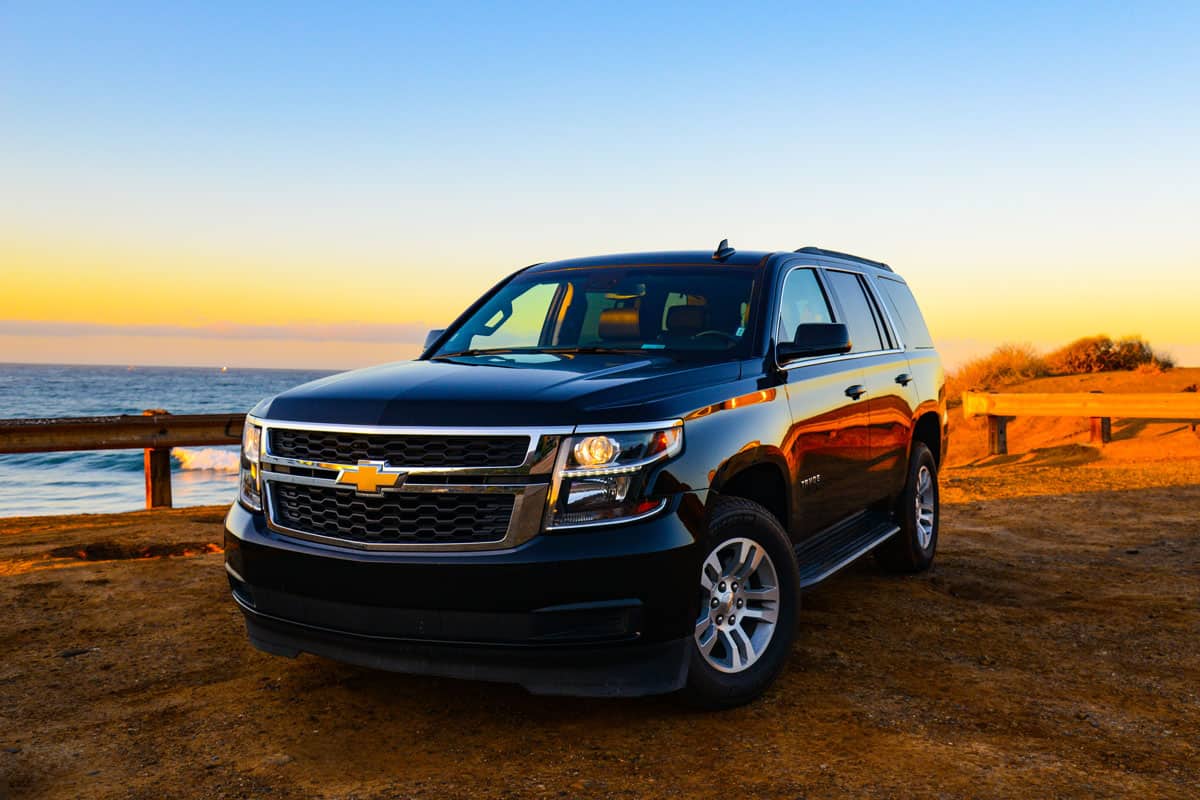 The number of Tahoes that are assembled each year is, of course, limited by production capacity. But the level of demand has more weight here, as Chevy has been able to ramp up production of the Tahoe during years that had more consumers ordering this SUV.

The best year on record for the Tahoe was 2002 when nearly 210,000 of these SUVs rolled off of the production floor. 2012 shows the lowest production numbers, with less than 69,000 Tahoes made.

On average, Chevy rolls out more than 100,000 Tahoe SUVs each production year. The continued popularity of this vehicle will most likely keep these numbers over the coming years.

How Long Does A Chevy Tahoe Last?

Consumers rave about the Chevy Tahoe for a lot of reasons. This roomy, full-sized SUV is a great vehicle inside and out. Chevy makes sure to keep their models equipped with most of the up-to-date creature comforts we enjoy while riding, and the SUV consistently rates high with its safety features.

The longevity of this SUV is another reason why consumers seek it out. On average, the Tahoe will last a minimum of 200,000 miles, with many reporting that their models lasted over 300,000.

Driving an average of 20,000 miles per year means that the Tahoe should last you between 10 and 15 years.

Why Is There A Shortage Of The Chevy Tahoe? 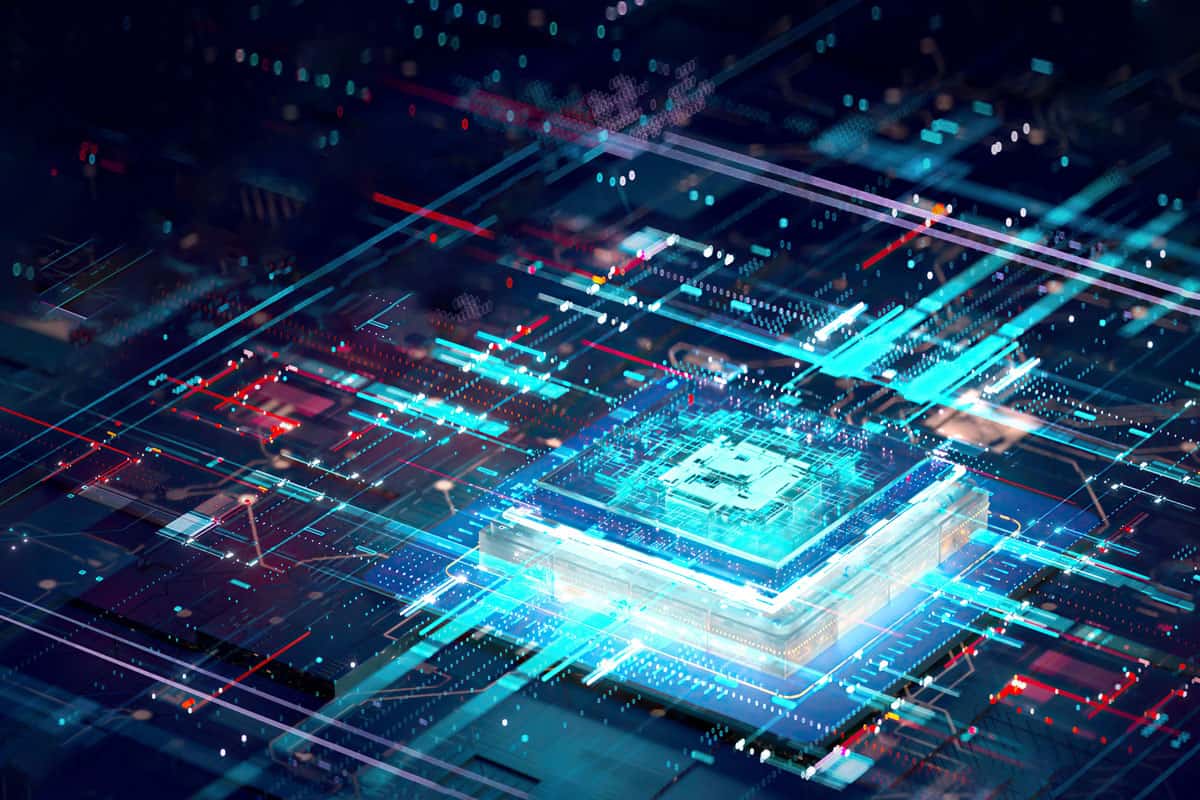 The Tahoe, like most other vehicles in production, has seen a massive shortage on dealership lots in the last two years. The manufacturing process that would ordinarily take a couple of weeks is now taking an average of four to six.

But many consumers are reporting that they have had to wait more than 12 weeks for their new vehicle to be assembled and delivered.

Supply chain issues have plagued many industries, and the automotive world has not been immune to these issues. In particular, there is one part that modern vehicles require that there is a short supply of; the semiconductor chips that the onboard computer needs to operate have had slowed production.

These parts are largely manufactured in China, where shutdowns and increased demand have made them in shorter supply. It's estimated that the shortage will continue throughout the 2022 model year before back orders have all been filled and manufacturing plants are caught up.

Is The Chevy Tahoe A Good SUV?

With an average of more than 100,000 Tahoe models being produced each year, it's a safe bet that this model of SUV is quite popular. It has been consistently rated as one of the best full-sized non-luxury SUVs by U.S. News and World Report and has had above-average reviews by J.D. Power and Associates.

For nearly 30 years, the Tahoe has been one of the more reliable SUVs on the road. We discussed earlier in this post the great longevity the Tahoe offers consumers. The Tahoe is also quite reliable and doesn't have the reputation or track record of being an expensive vehicle to maintain or repair.

Though a luxury SUV will have more bells and whistles on board, the Tahoe offers those who ride in it a comfortable and enjoyable experience. The modern infotainment system is user-friendly and it has a great sound system.

Combine these attributes with a powerful engine that lasts, and you have some of the best reasons Chevy sells so many of these SUVs. 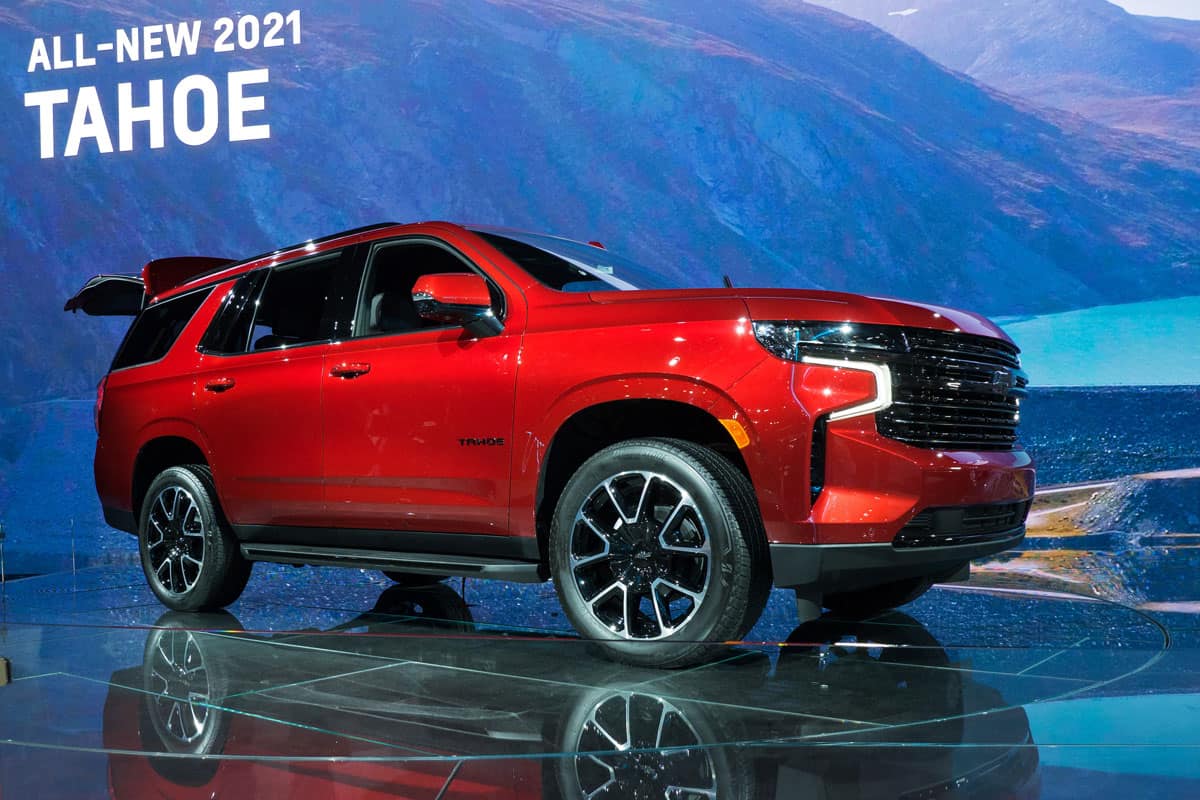 The Chevy Tahoe will usually take 18 hours to assemble, but problems getting semi-conductor chips have severely delayed the final assembly time for this SUV.

The Tahoe has been on the road since 1995 and has been one of the most highly rated full-sized SUVs on the market by critics as well as one that has been highly demanded by consumers. Take care of your Chevy Tahoe and you can enjoy riding in its comfort for upwards of 300,000 miles. Drive safe!

We hope this post on the Chevy Tahoe answered your questions. For more helpful information, we suggest reading the following posts on this popular automaker:

What Size Trailer Can a Chevy Tahoe Pull?

How to Engage 4 Wheel Drive Chevy Suburban [Do All Suburbans Have It?]