Fuel injectors are devices that help deliver fuel to the engine. They are one of the most critical parts of a car's fuel delivery system, and if they aren't working properly, the engine will not run correctly. So, how long can you expect to wait for your injectors to be replaced? Let's take a look.

A seasoned mechanic can take 1-2 hours per fuel injector replacement. This also depends on the type of car you have. For example, a vehicle with eight fuel injectors could be billed 8-12 hours of labor.

A fuel injector replacement is expensive, but the process is also very involved. This article will discuss why it takes so long to replace fuel injectors and what you can expect to pay. In addition, we will answer other frequently asked questions about fuel injectors, so read on! 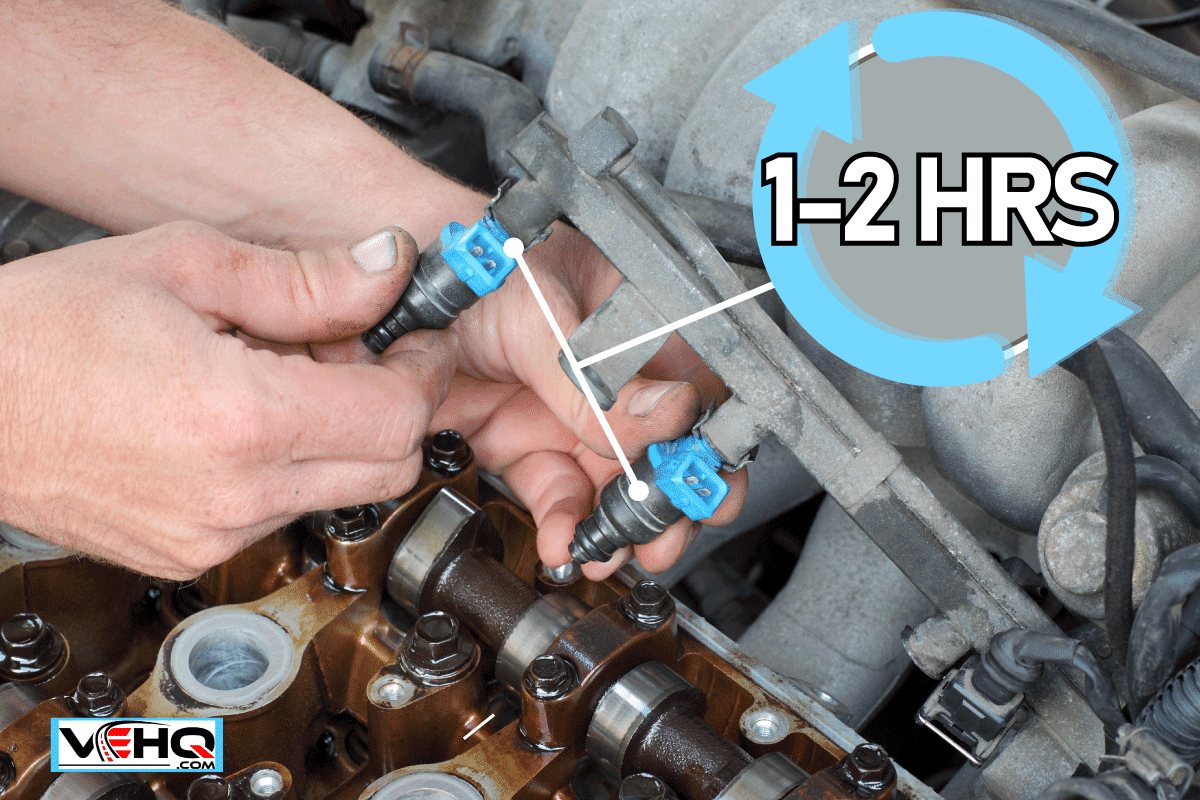 Why does it take so long to replace fuel injectors?

A fuel injector replacement is a significant service and should only be performed by a qualified mechanic. The process is time-consuming because the mechanic needs to remove several parts to access the fuel injectors. In addition, each fuel injector must be disassembled, cleaned, and tested before it can be replaced.

Depending on how many fuel injectors your car has, the entire process could take several hours, and you could be without your vehicle for a day or two, depending on the mechanic's schedule.

You have to have a failed fuel injector replaced because it can no longer correctly deliver fuel to the engine. Over time, dirt and debris can build up in the injector, causing it to become clogged. This can cause the engine to run lean [too much air and not enough fuel] or rich (too much fuel and not enough air).

A qualified mechanic will be able to diagnose a problem with your fuel injectors and recommend the best course of action. 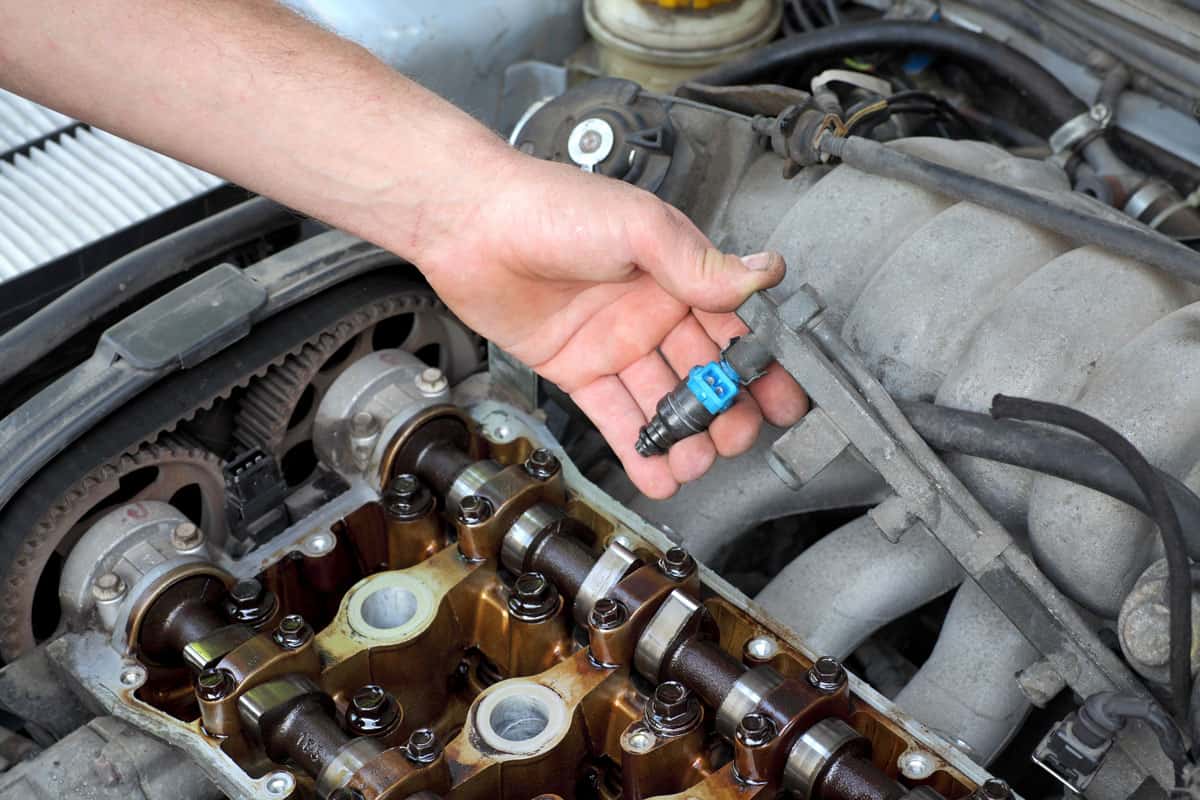 Do you have to replace all fuel injectors at once?

The other reason it will take so long to get your car back during a fuel injector replacement is that most mechanics will recommend that all fuel injectors be replaced at the same time.

While it may be tempting to replace the failed injector, it's best to replace all of them so that you don't have to go through the process again in a few years. Fuel injectors are an important part of your car's fuel delivery system, and they should all be in good working order.

Replacing all injectors at once will also ensure that your engine is running correctly. For example, the engine may run lean or rich if one injector is replaced and the others are not. In addition, if one fuel injector fails, then it means the others aren't far behind.

How much does it cost to replace fuel injectors?

The cost of replacing fuel injectors can vary depending on the make and model of your car. In addition, the type of fuel injector you have will also affect the cost.

You can expect to pay $600-$1,200 or more to replace all of your car's fuel injectors, including labor. Typically, the higher-priced replacements involve diesel trucks and SUVs. However, for small cars with four cylinders, the price may be closer to $400.

It's important to first contact the manufacturer dealer for a price quote because they will be familiar with your car and its injectors. You can also ask around at different repair shops to get an idea of how much it would cost to replace the fuel injectors on your car.

It is vital to look at reviews online and ensure that you are going to a trusted and qualified mechanic before having this service done. 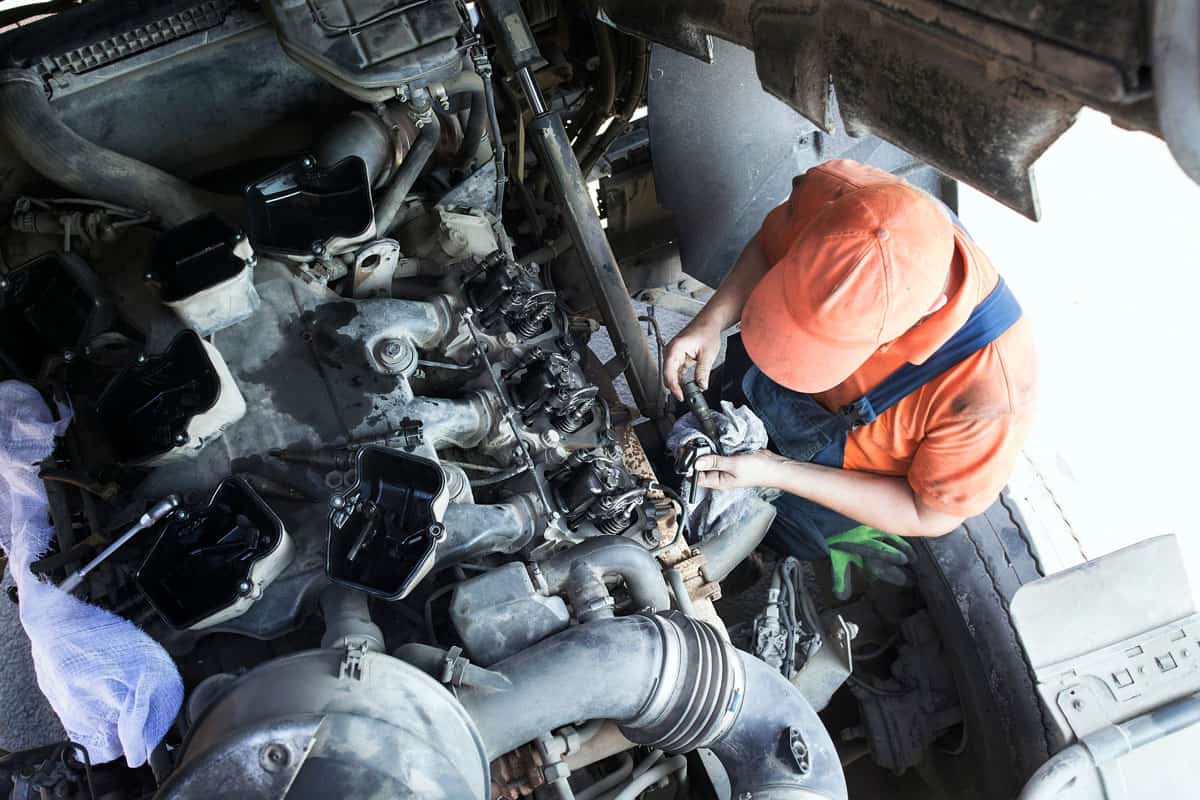 What are the symptoms of bad fuel injectors?

As we mentioned earlier, one of the most common symptoms of a bad fuel injector is an engine that runs rough. This can be accompanied by misfiring, decreased power, and increased fuel consumption and emissions. In some cases, a clogged injector can cause the engine to stall.

If you notice any of these symptoms, it's best to take your car to a qualified mechanic so they can diagnose the problem and recommend the best course of action.

Bad fuel injectors can cause many problems for your car, so it's important to catch them early and have them replaced. If you let the problem go, you can cause irreparable damage to your engine.

If you have a clogged fuel injector, you may wonder if a fuel injector cleaner will work. The answer is maybe.

Fuel injector cleaners can help clean out the injectors and improve their performance by ridding them of harmful deposits. However, they are not a cure-all solution, and they will not fix a failed injector.

It's also important to note that fuel injector cleaners are not a substitute for regular maintenance. You should still have your car's injectors cleaned and regularly serviced to prevent problems.

If you've ever let gas sit in your car for too long, you may have noticed that it doesn't run as well as it should. This is because the gas has gone bad and clogged up the fuel injectors.

The car's engine will run rough and may even stall when this happens. In some cases, the car may not start at all.

If you've noticed these symptoms, then it's best to take your car to a qualified mechanic so they can clean the injectors and get rid of the bad gas.

It's also important to be mindful of how long you let gas sit in your car. If you know you're not going to be driving for a while, then it's best the tank so the gas doesn't have a chance to go bad. In addition, a low or empty gas tank can rust and fill with debris, which can also clog up the injectors.

To avoid this problem, it's best to keep your car's gas tank full when you store it. This will help prevent the gas from going bad and clogging up the injectors. 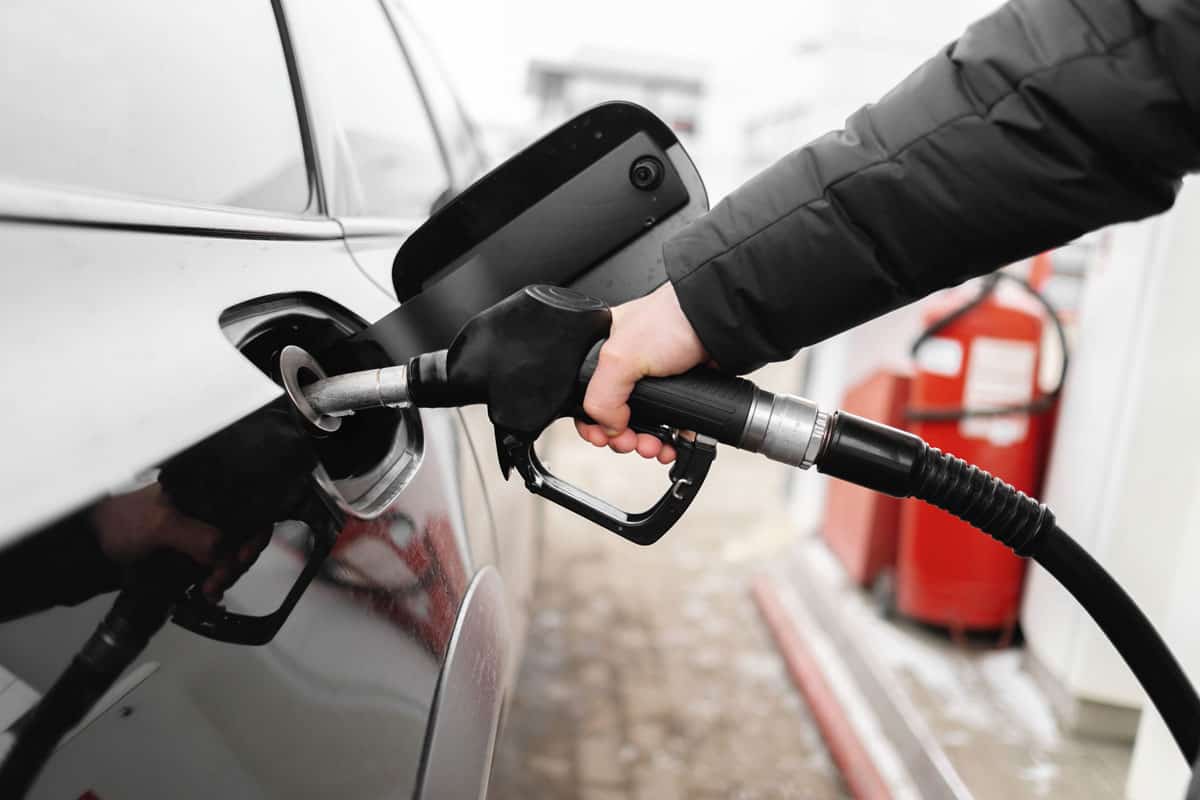 How can I prevent my injectors from going bad?

The best way to prevent your injectors from going bad is to have them serviced regularly. This will help remove any build-up that may be present and keep the injectors working properly. In addition, having them replaced as recommended by your mechanic will lower the chances of engine damage.

In addition, it's important to be mindful of what you're putting in your gas tank. Avoid using gas with ethanol as it can cause corrosion and build-up in the injectors. If you must use gas with ethanol, then add a fuel stabilizer to help prevent problems.

Finally, keep your car's gas tank full when you're not driving it. This will help prevent the gas from going bad and clogging up the injectors.

Is it better to clean or replace fuel injectors? 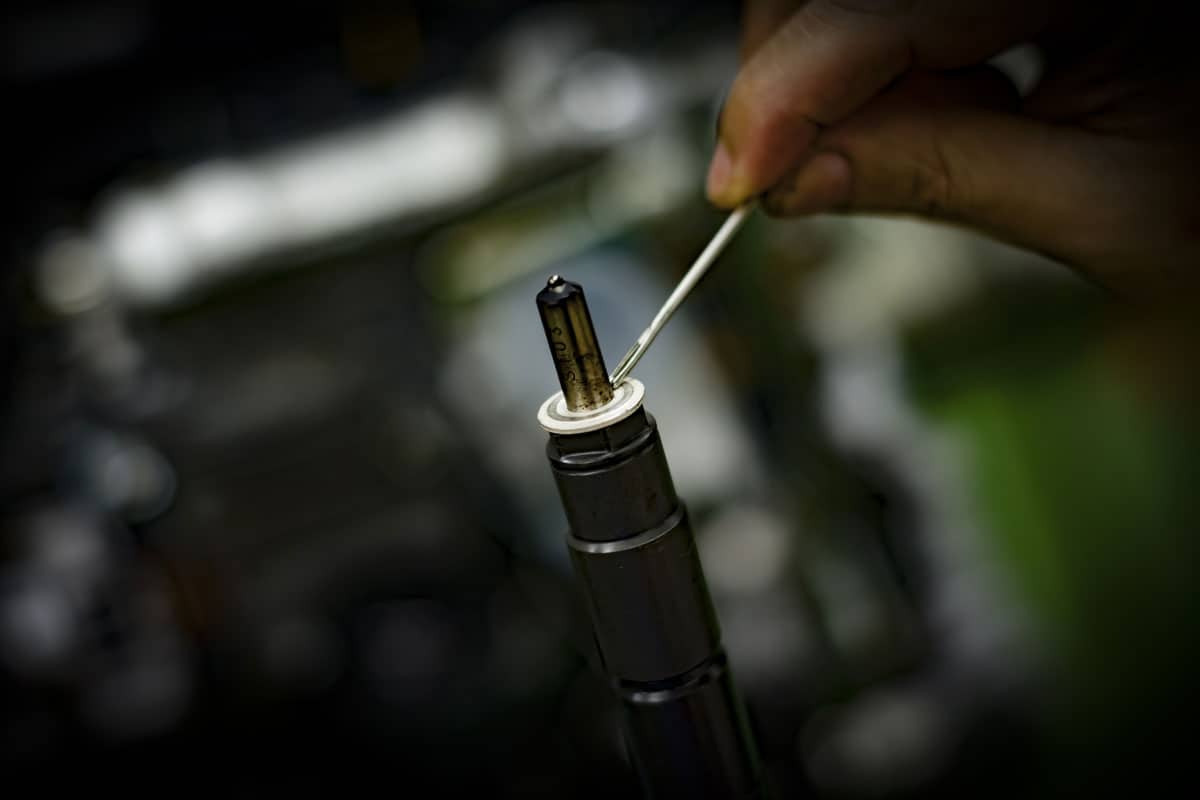 Depending on the severity of the problem, you may either need to clean or replace your fuel injectors. A simple cleaning may be enough to fix the problem in some cases. However, if the injectors are severely damaged, they will need to be replaced.

For example, if your fuel injectors have never been replaced and are causing problems to the engine's performance, the mechanic may recommend replacing them. On the other hand, cleaning may be enough to fix the problem if your injectors are only slightly clogged.

Ultimately, whether to clean or replace your fuel injectors will be up to you. However, a mechanic will assess the problem and recommend the best course of action. You can then decide what best fits your budget and the health of your vehicle.

Fuel injector cleaners can help clean out the injectors and improve their performance. However, they are not a cure-all solution, and they will not fix a failed injector.

Do Fuel Injectors Have Polarity? [Negative And Positive]