Kia has been building cars for almost two decades, but the brand still struggles with its reputation. The Sportage compact SUV is one of their best vehicles, though there are a few things to be aware of when buying it. First, let's look at how long you can expect your Kia Sportage will last before needing repairs!

Over the last several years, Kia has worked to improve its reputation for quality. As a result, the Sportage is one of their most reliable vehicles today and can travel more than 200,000 miles if it's well maintained. Based on the average mileage driven a year of 12,000 miles, the Kia Sportage should last around 16 years.

However, this wasn't always the case; in fact, the original model was plagued by mechanical problems during assembly, which caused issues with reliability early on. In this article, we will take a closer look at the factors that influence the longevity of Kia Sportage. 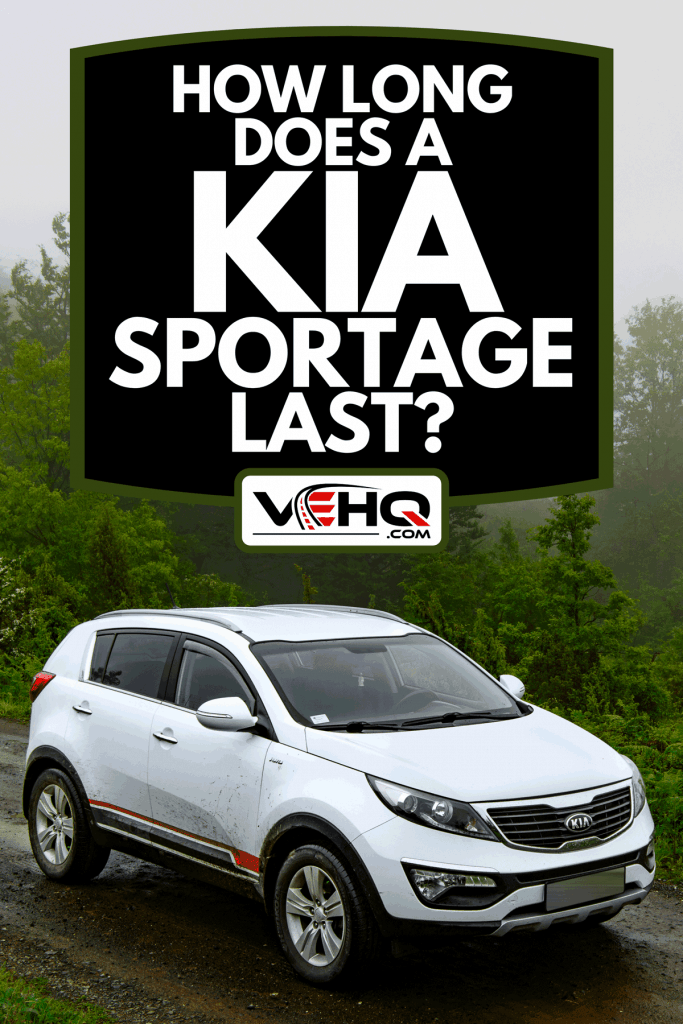 How Long Does A Kia Sportage Last?

The first generation of the Sportage was not created very well. It came out in 1995, and it had problems with its transmission system. The second, third, and fourth generations are much better than the first because they fixed their previous mistakes!

Your best bet for longevity is taking a look at the fourth generation that came out in 2017. This generation of Sportages was built well, and Kia should get a pat on the back for their improved engineering!

Nonetheless, some owners on CarGurus boast about high-mileage Sportages that still perform well. For example, one owner has a 2008 model with 215,000 miles, and another has a 2007 model with over 200k miles! A third owns one of the first-year models for this car which now sports 240,000+miles and still runs strong.

However, these are the exceptions to the rule, and it's more common for a Sportage only to go 100k miles before you start seeing significant damage that needs repairing. 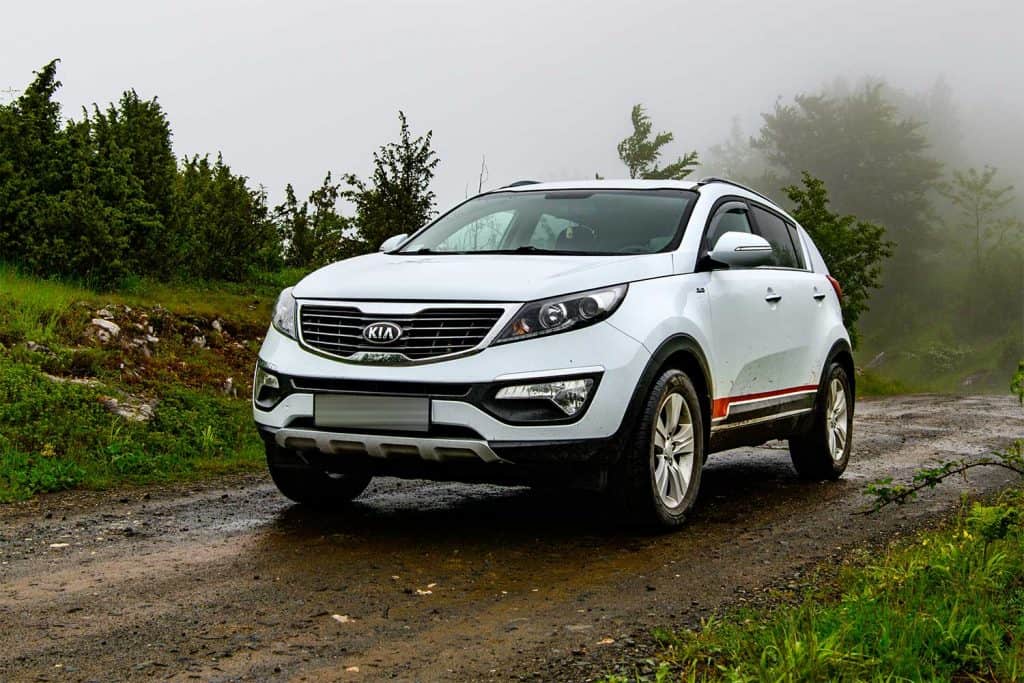 How To Make The Kia Sportage last Longer

If you want your Kia Sportage to last 200,000 miles or more, make sure to schedule regular maintenance. Follow the oil change schedule and check which services should be performed in the owner's manual.

A Sportage owner should take their car to the mechanic as soon as they hear any unusual noises or notice dents. The sounds can turn into mechanical issues, and dents develop rust over time.

Regular trips to a service center will keep your vehicle clean from salt deposits by washing it with soap at least once per week, preventing rust too!

If you are thinking of buying a used Sportage for yourself, make sure you have it checked out thoroughly before investing because previous owners may not be responsible enough about maintaining its condition well through regular maintenance visits.

A Kia Sportage should last about 200,000 miles if you drive it gently. This means not flooring the gas pedal or braking hard at all times.

If you’re thinking of buying a used one for yourself, have your mechanic confirm that previous owners took good care of it so they don't waste their money on another vehicle soon after purchase.

It also never hurts to check a CarFax on the used vehicle you are taking a look at! This report will give you insight on if the Sportage was regularly maintained and had any accidents. 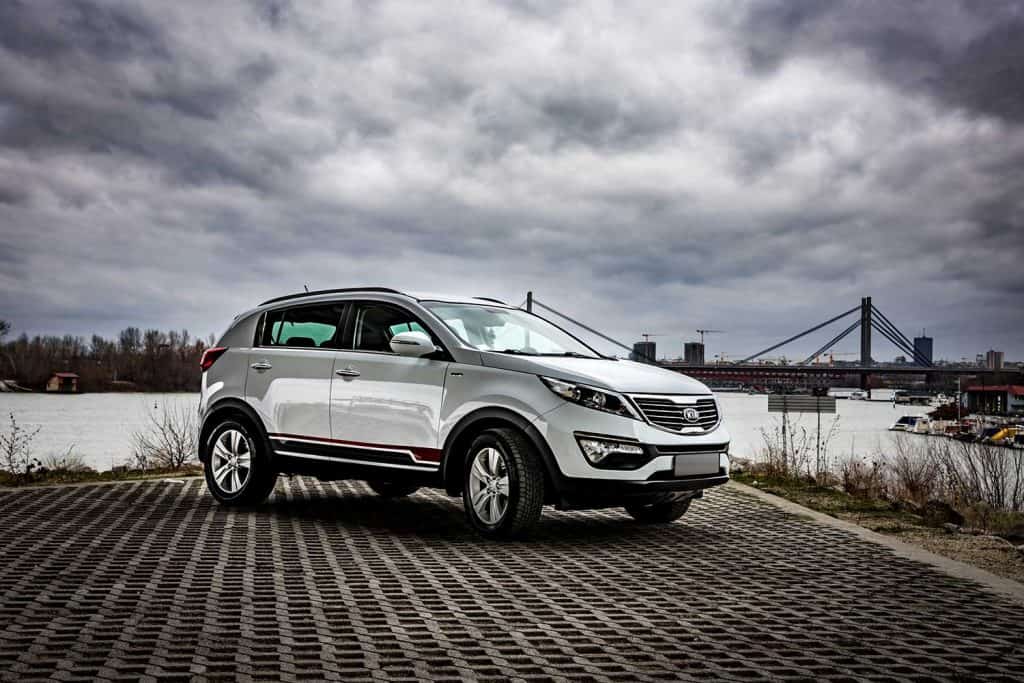 Is the Kia Sportage a reliable car?

According to RepairPal, the Kia Sportage is a reliable vehicle with excellent ownership costs. The annual repair cost averages $462, and the severity and frequency of repairs are low, making it one of the more dependable cars on the road.

However, this wasn't always the case; in fact, the original model was plagued by mechanical problems during assembly, which caused issues with reliability early on in its career. In this article, we will break down the factors that determine how long it lasts.

The average Kia Sportage owner has to bring their vehicle into a repair shop for unscheduled repairs 0.2 times per year, significantly less than the three-year industry benchmark of 0.3 times and lower than compact SUVs overall at 0.4 visits annually on average across all models in this category.

The Kia Sportage also has an 11% chance of having a severe or major issue compared to an average of 12%. 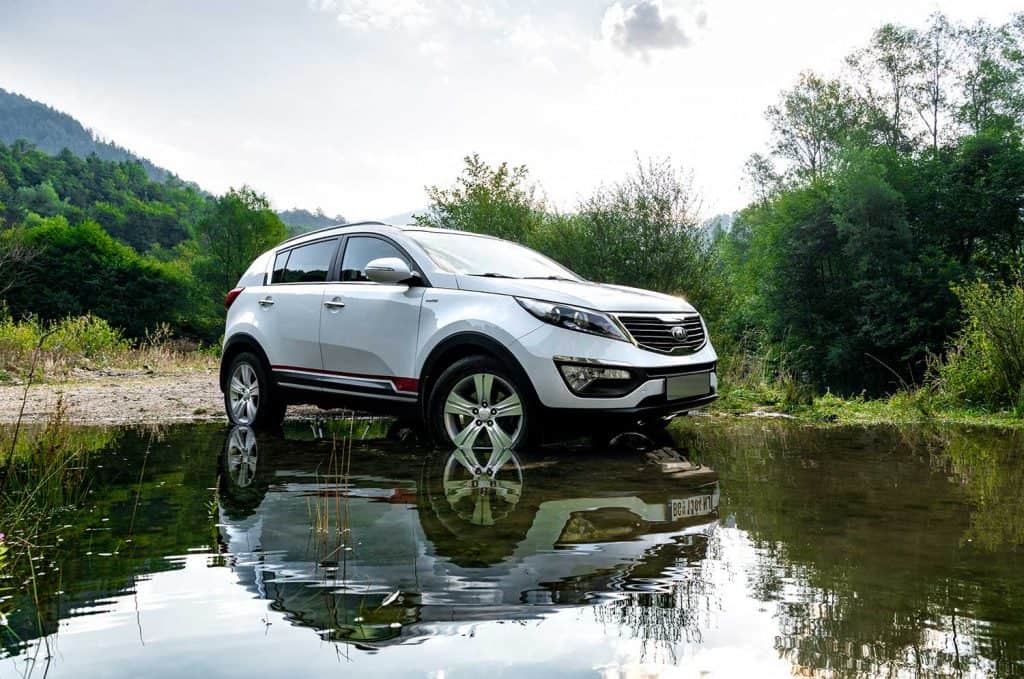 What is the make of the engine in a Kia Sportage?

The engine on the Kia Sportage is an efficient Theta II. This engine variation has stainless steel overhead camshafts and shimless bucket tappets in its cylinder head, along with a complete timing system that controls continuously variable valve timings.

What Size Engines are in the Kia Sportage?

The second was a 2.0 liter RF inline-four diesel rated at 61 kW (82 hp), while the third and final option is an 87kW SOHC version of that same gasoline unit purchased from 2000 onwards.

One of the two engine options available for the 2022 Kia Sportage is a 2.4L 4-cylinder engine that provides both fuel efficiency and performance output to meet your needs.

With 181 horsepower, this vehicle makes driving efficient while maintaining speed on highways or other roads you may be traveling down at any given time during your day.

The 175 pound-feet torque will allow you to switch between lanes without hesitation as well as maintain lane safety so no accidents can occur when switching through traffic or into spaces with tight maneuvering space.

The 2022 Kia Sportage SX Turbo also has an impressive 2.0L turbocharged engine, while all other trims have the base 2.4L four-cylinder engine. The 2.0L turbo unit packs between 237 and 240 horsepower while the torque is 260 lbs./ft., making it a mighty engine with reliable fuel efficiency. 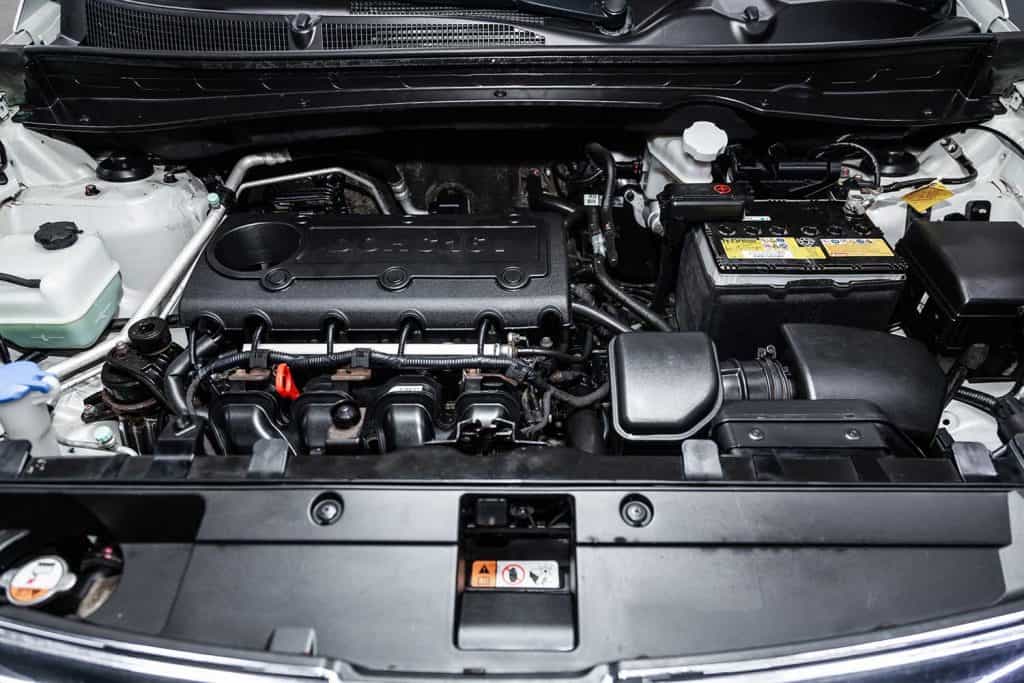 What problems does Kia Sportage have?

The Kia Sportage sold in the US had many problems. Sometimes, engine failures happen by a faulty batch of bearings; other times, it was due to oil starvation because too much escaped from an oil sump leaking.

For some Kia Sportage owners, the check engine light can be a sign of minor electrical problems. However, owning one between 1995 and 2000 could mean an issue with your throttle position switch (TPS). In addition, a stumble upon acceleration may occur as well for those affected.

Some people fix the transmission module issue by reprogramming. This is not a huge concern, but it’s certainly still something that some folks have done to remedy the situation.

Getting software updates can potentially keep the check engine lights off. However, for models older than 2000 and with higher mileage, this software update may not do the trick alone.

Like most other vehicles on the market, there is a pretty decent chance you will need to replace your Kia Sportage at some point. This is especially true if you plan on keeping the car until the day it dies, which means over 200,000 miles logged.

Many of these complaints are very similar to what you see with most other vehicles on the road today. For example, engine failure after about 100k miles is pretty common, especially with the Kia Sportage.

What year is best for Kia Sportage?

While there can be an argument for any Kia Sportages being the best. The newer models will give you the least number of problems. This is mainly due to the complete reengineering Kia did on the Sportage and their other vehicles.

There have been other good model years in the third generation that would also be a good choice. However, older models will ultimately have more miles on them. The more miles, the more likely mechanical problems will occur.

Is Kia Sportage expensive to maintain?

The Kia Sportage is substantially cheaper than the average vehicle to maintain. According to RepairPal, every year, it costs $462 on car maintenance for this car model. While most cars typically cost users around $651 annually.

That's good news. The Kia Sportage really has come a long way. Kia is starting to build back customer loyalty by building reliable cars at a modest price.  The average cost may be lower than other vehicles in its class. It's still good to always do regular maintenance on your Sportage. 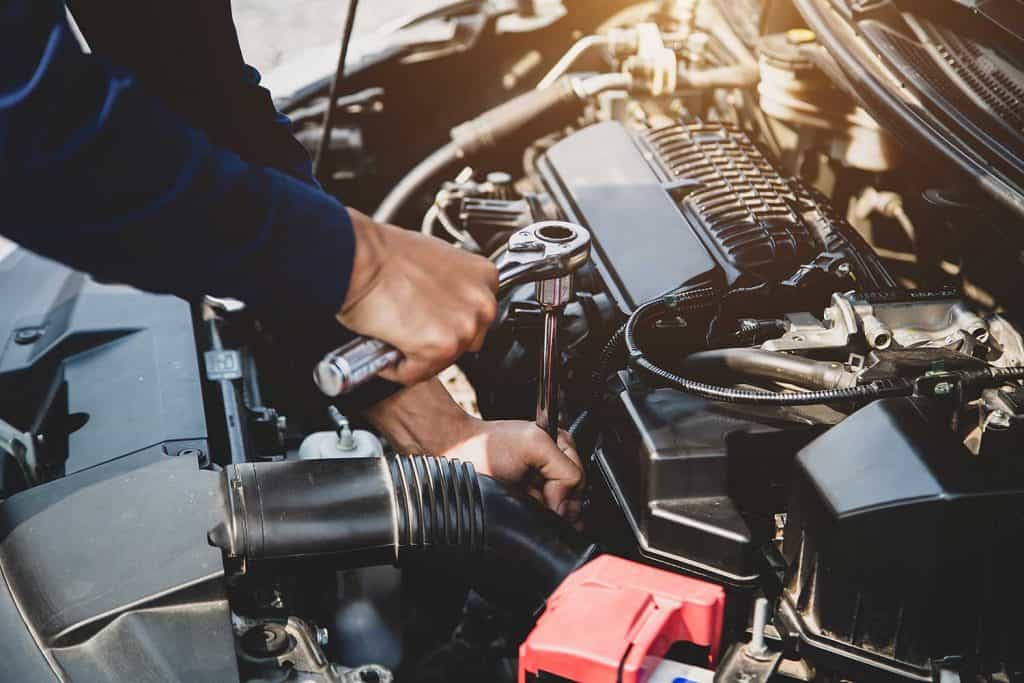 Overall, don't be afraid of purchasing a new Kia Sportage. Starting in 2017 was the first year of the fourth generation. This generation of the Sportage has been the best so far! As long as you do regular maintenance on the vehicle, you will have the vehicle for years to come!

If you enjoyed this article on the Kia Sportage, you should also check out:

Does The Kia Sportage Have Remote Start?

How Good Is The Kia Sportage In The Snow?

How Long Is A Kia Sportage?

Brilliant coverage of the kia models however my car is a k3 2010 1.7 crdi but not mentioned theres also no mention of the 1.6 models surely you should cover all variants of this model?.

Bought a new 2022 Kia Sportage AWD about a month ago. I love the car especially the 2.4 L. engine which has lots of power and gets an average MPG of 26 on mixed city and highway travel. On the highway mileage can be as high as 29 MPG in ECO mode if speed is held around 70 MPH. But I have question and can't find the answers anywhere. I want to do an intake valve cleaning on my GDI engine at my first oil change. Will be using CRC intake valve cleaner of STP Pro series cleaners. Instructions are to spray product into intake through throttle body at intervals and certain engine RPM's. However I have looked for and CAN NOT find WHERE the Mass Air Flow sensor is located. Both manufacturers have instructions that say their cleaners WILL damage a Mass Air Flow Sensor so fluids need to be injected after the sensor. If anyone knows WHERE the Mass Air Flow Sensor is located please advise. My intake air stream seems to be from the air filter directly into the throttle body. I can't find any instream Mass Air Flow Sensor unless it is built into the throttle body itself. I have emailed Kia and they were of no help. Also send question to CRC and STP Pro and never received a response from either company. However, neither company wants you to spray their product directly on a Mass Air Flow Sensor as damage will occur. Thank you in advance for your response. I really need to find out WHERE or even IF my Sportage has a Mass Air Flow Sensor. I would hate to damage a brand new vehicle because I do the cleaning procedure incorrectly.