The Rogue is one of the compact SUV lines for Nissan. It is a great car for personal or family use and is Nissan's best-selling car in the United States. Have you ever asked yourself, how long does the Nissan Rogue last? Well, in this article, we have asked the experts and scoured the internet for data to answer that very question.

Like most vehicles, you can expect to get at least 200,000 miles out of your Nissan Rogue. Assuming the 15,000 miles average per year that Americans put on their vehicles, you can expect to have your Rogue for 13-15 years, whichever comes first. With proper maintenance and great care, there is a possibility that you can have this car for a longer time.

Are you interested to learn more about the Nissan Rogue and its durability? Then continue reading as we discuss other related questions such as, what is the best year for a Nissan Rogue, is the Nissan Rogue expensive to maintain, what is the longest-lasting vehicle, and many more that will help you better understand the topic. We will also be suggesting related articles that we wrote to further help you -stay with us! 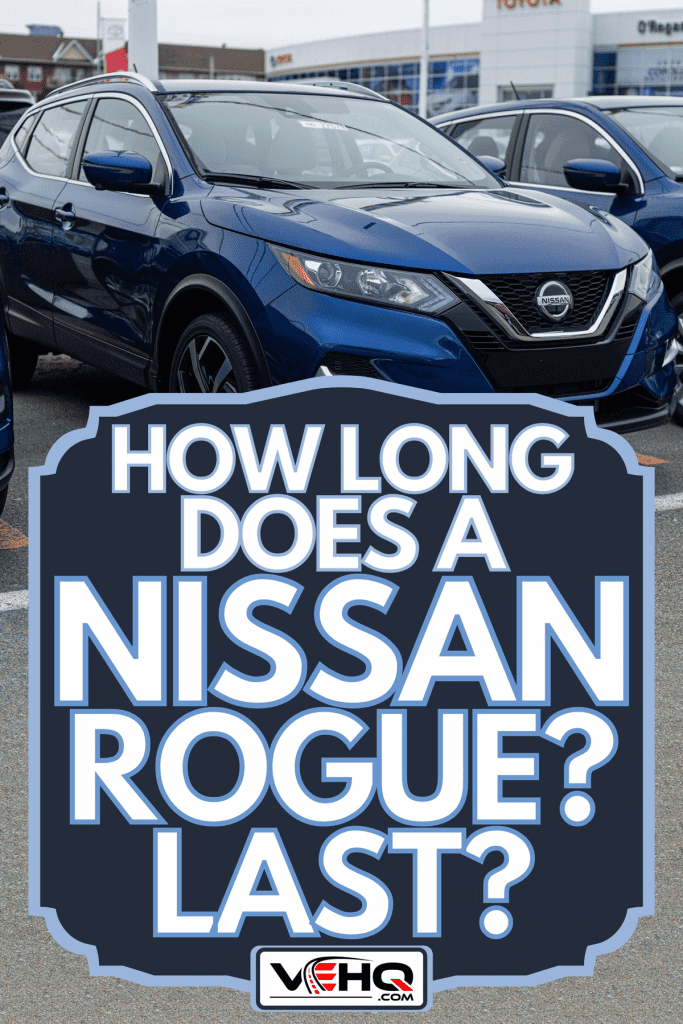 Is the Nissan Rogue a reliable car?

The 200,000-mile life span average of the Rogue is mostly on par with the life span of cars in the majority. According to RepairPal, they gave the 2022 Nissan Rogue a 4 out of 5 rating in terms of reliability, a high score in the compact SUV division.

Of course, like every other car, no matter how robust or sturdy it is built, the proper maintenance and use have a huge impact on the overall time your car will be able to serve you. Some preventive maintenance such as regularly changing the fluids of your car like the engine oil, transmission fluid, and brake fluid will help these moving parts running smoothly and avoid contamination and corrosion.

When you are experiencing problems with your car, be warry about having anyone check and fix it as this can lead to more damage. Having someone unqualified to diagnose and repair your car will surely cause more bad than good.

How long do Nissan engines last? 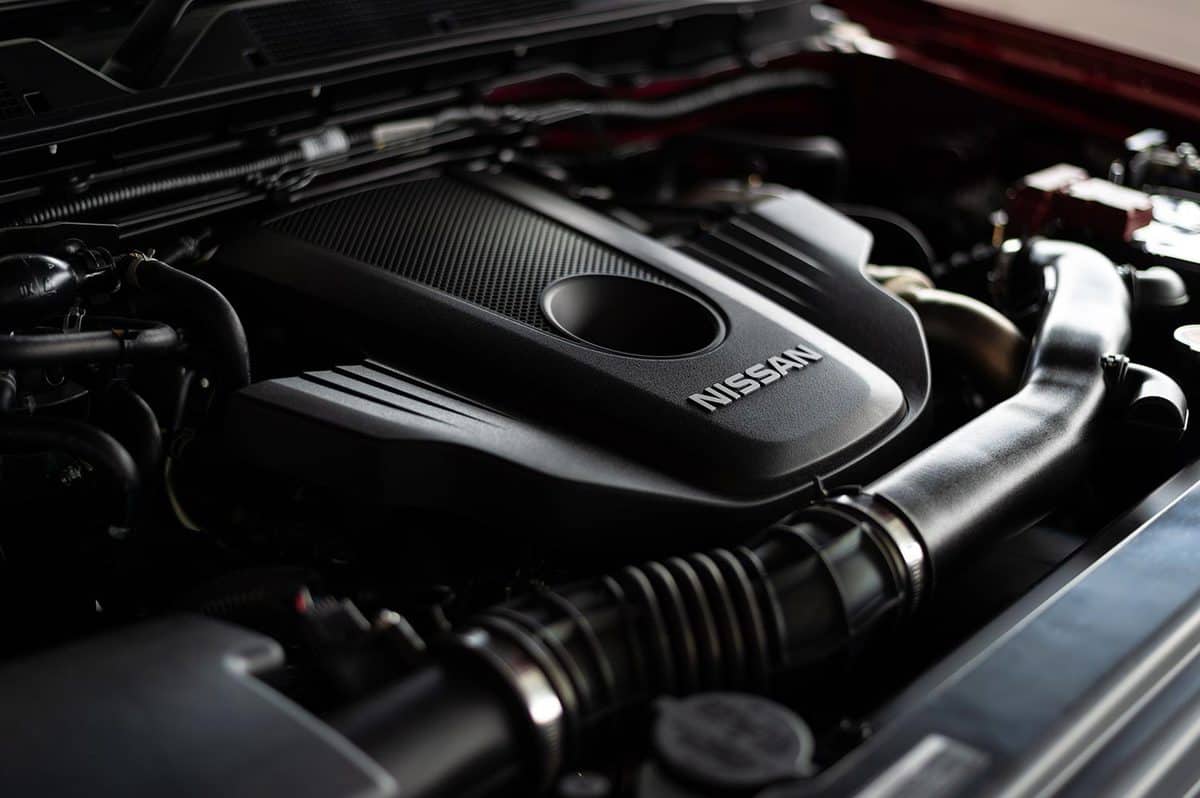 CHIANG RAI, THAILAND-SEPTEMBER 29, 2018, closeup detail of nissan navara car engine with soft-focus and over light in the background

In general, Nissan is one of the highly-rated car engines on the market today when it comes to reliability. Not only do they make awesome cars with beautiful interiors and cool features, but they also make good engines.

The average miles a typical Nissan engine can go is 300,000 miles -again, based on the average given above, this would equate to 20 years of driving! Given the fact that most people don't keep a car that long, this would make the Nissan engines one of the most reliable motors for cars on the market today.

Some tips, if you want your Nissan to reach this long or at least go near that length:

These are some quite simple steps and should be a habit, especially if you are a responsible car owner.

Driving habits will also affect the longevity of your engine. Learning the limits of your car like its maximum towing and payload capacity, and abiding by it will make the job of your engine a lot easier.

Practicing a defensive driving attitude will not only help you be safe on the road, but it will also help you avoid accidents that can cause significant damage to your car.

What is the best year for a Nissan Rogue?

The 2012 and the 2018 model year of the Rogue has received great reviews from car experts and consumers alike. These are the model years where the Rogue has the fewest reported problems with transmissions and engines overheating.

If you opt for a more modern version of the Rogue, its 2021 model has had some very promising reviews. The downside to this is that the car is still brand new, and some mid-term to long-term problems may have not yet appeared. But in general, if you are looking for a used or brand new Nissan Rogue, you can rest assured that you are getting a reliable vehicle and has very few problems.

Another great selling point for these vehicles is the amazing gas mileage you can get from them even with age. The 2012 model ones can still average a whopping 25 miles per gallon, a pretty sweet deal considering the fuel prices nowadays.

Does Nissan Rogue have any recalls?

The 2016 model year for the Nissan Rogue had a recall of more than 100,000 units, as rusting was a big issue. According to complaints, there were insufficient anti-corrosion coatings on the Rogue's hydraulic tailgate struts. But this recall was not much of an issue for the Rogue's sold in the United States.

Another year model that had some reports of rust was the 2013 ones. But ever since then, Nissan has upgraded their coating systems to avoid such recalls on their frame.

A similar incident also plagued Toyota when several model years of their mid-size truck, the Tacoma, having severe issues. This led to a major lawsuit in 2016, which resulted in over 200,000 steel frames that needed to be replaced.

Is a Nissan Rogue expensive to maintain? 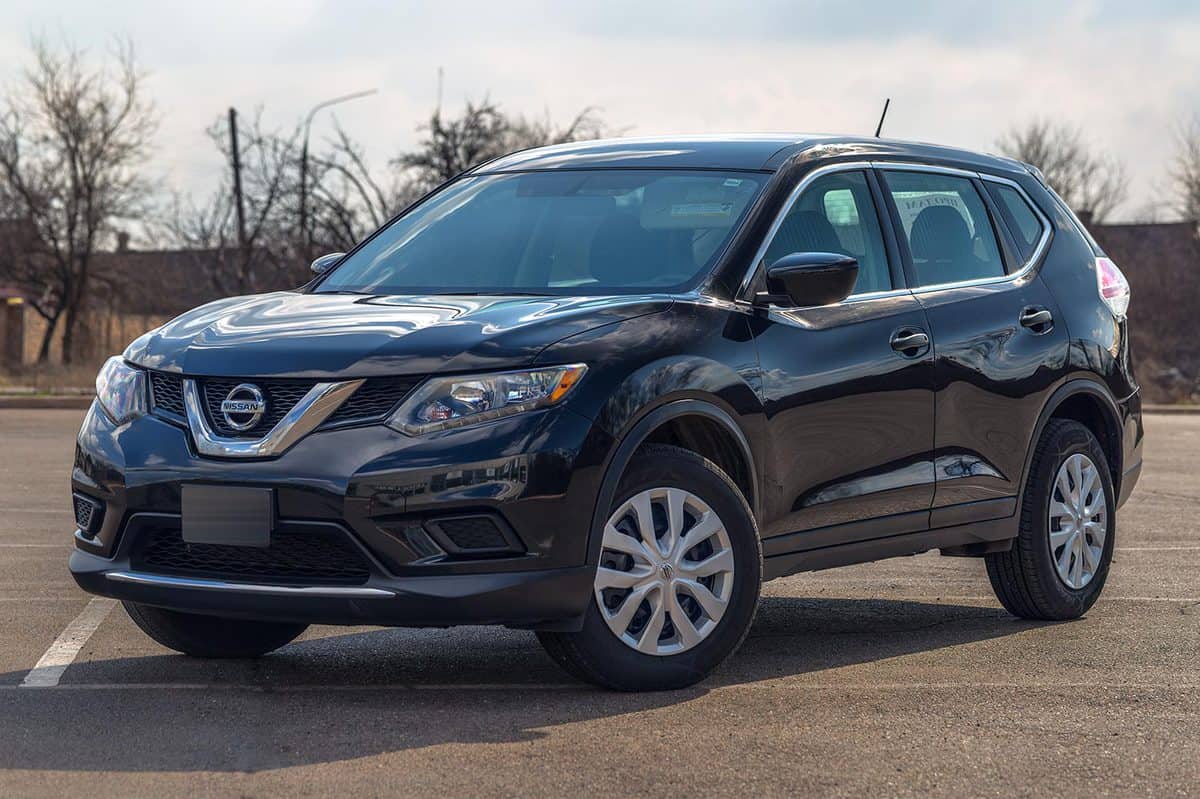 The Nissan Rogue is very cheap to maintain. The reports say that the Rogue only averages $467 a year! This is truly cheap for car maintenance as the average cost in the United States for most cars is $651 annually. That's nearly $200 in savings when you have a Rogue.

Another great cost-saving feature that Nissan gave its customers is by upgrading the new 2022 Nissan Rogue to a larger tank and better fuel economy system. The new Rogue now averages 27 mpg in the city and 35 mpg on the highway! This makes the Rogue one of the best fuel economies in its class that are not hybrid.

The Rogue also holds a competitive value which is on par with other compact SUVs. It is estimated that the Nissan Rogue only loses 50% of its value after five years and 15% every year after that.

Of course, a lot of factors would have to be taken into consideration when appraising your car. Repair history, the condition of the car, and even legal records all can affect the vehicle's value.

Choosing between a new or a used car has its pros and cons. If you opt for a new vehicle, you will have the option for the latest offerings in technology, and you will have the car unblemished and brand new. The only con you will have is that you would be paying a higher cost than a used one.

As for a used one, it might be cheaper, but you would have to sort out if the car has issues that need to be repaired. Some features that are standard in newer cars might not be available, especially if you are getting an older model.

And since it is already used, the lifespan of the vehicle would be shorter in your hands. These are only some of the things you have to consider.

What is the difference between the Rogue S and Rogue SV? 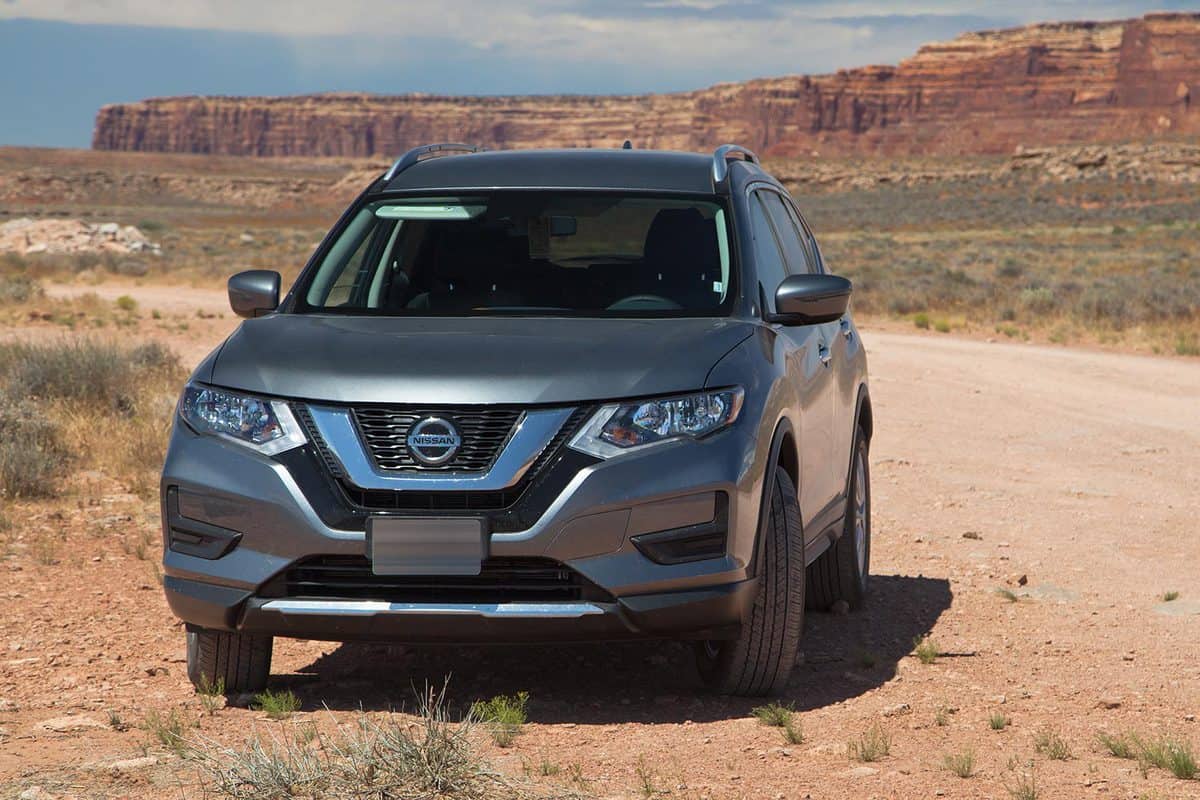 The Rogue S and SV are two trims that Nissan provides in their line-up. The Rogue S is the more standard version with Nissan Safety Shield® 360 driver-assist features and exterior LED lighting.

While the Rogue SV also comes with those features, plus an added eight-way power driver’s seat, additional driver assistance safety systems, and a handy Wi-Fi hotspot.

Higher trims such as the SL and SL Platinum are also available which offer more luxury and tech features such as a dual-panel panoramic moonroof, and a motion-activated liftgate.

What is the longest-lasting vehicle? 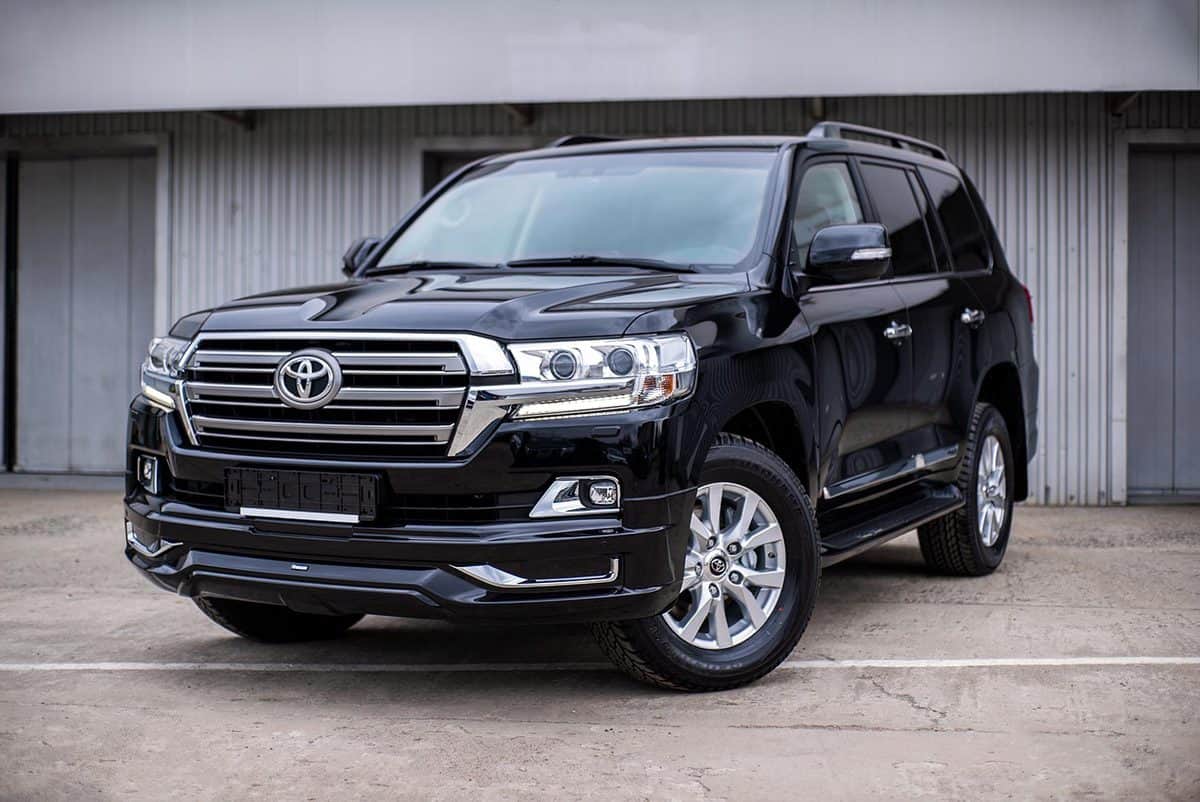 The Toyota Land Cruiser is the longest-lasting vehicle being produced right now. According to data, an astounding 16% of all Land Cruisers ever produced has reached at least 200,000 miles. An amazing feat, given that the LC was first produced in the 1950s.

With the help of Japanese engineering, the Land Cruiser has managed to maintain its status and symbol as the undeniable king of reliability when it comes to cars throughout the year.

The Nissan Rogue compares well with its competition as you can get out at least 200,000 miles or 13-15 years from it. This, of course, would have to be paired with proper maintenance and good driving habits. You can also expect a very cheap maintenance cost for these cars. They are also amazing when it comes to their miles per gallon, overall a great daily driver, whatever the purpose.

Is The Nissan Rogue A Good Car?