Cummins engines have a good reputation for reliability. The 6.7 Cummins engine even ranks among some of the most efficient, mileage-friendly engines on the market. Even so, you may find yourself asking: how long will a 6.7 Cummins last? We've researched this to find out for you!

There's more to the longevity of a Cummins engine than its mileage, though. The mileage of a 6.7 Cummins will specifically depend on the kind of driving you do, not to mention the state of your truck. We've gathered together all the information you need about the efficiency of a 6.7 Cummins so that you can determine for yourself whether the engine is worth your time. 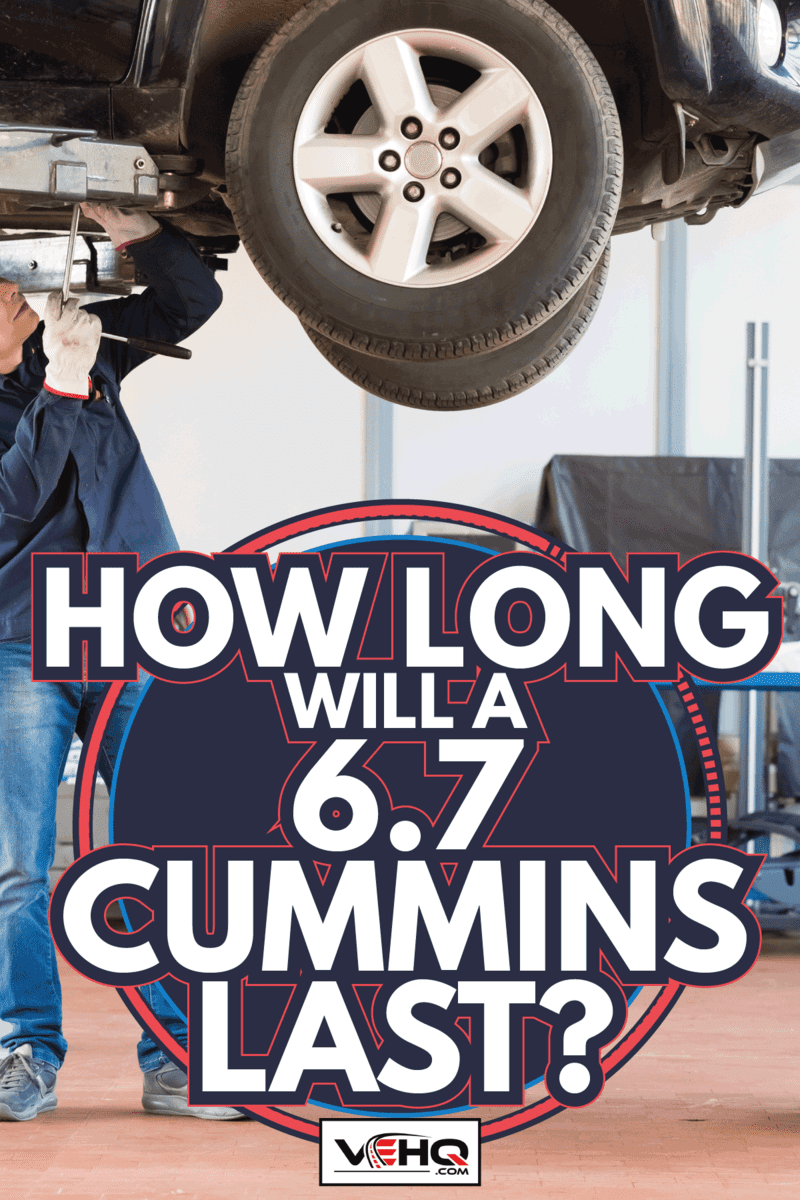 When you invest in a new pickup truck, you want to know that it's going to do its job for an extended period of time. Your truck's engine subsequently needs a quality make to hold your truck's weight over hundreds of thousands of miles.

Cummins engines have a good reputation for longevity. How long does a 6.7L Cummins engine last, though, and are there any steps you can take to ensure its long life? 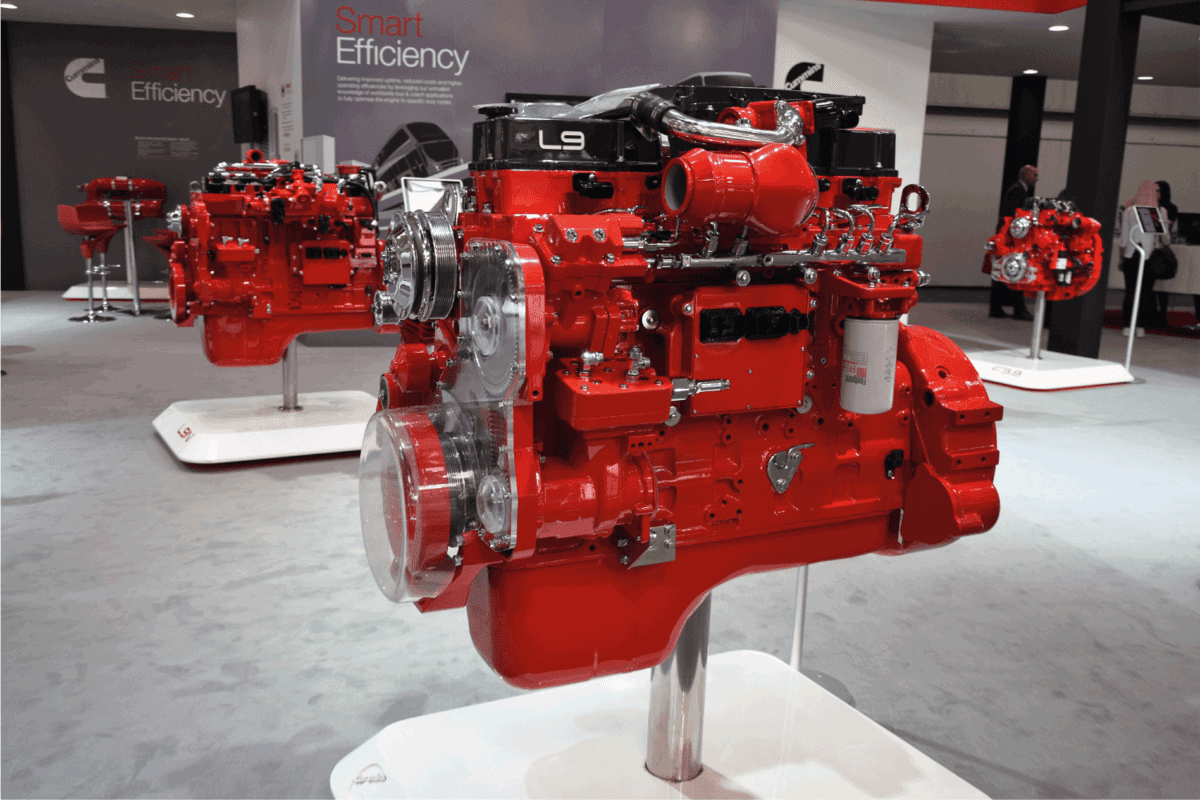 Keep Your Truck Up and Running

Vehicles that are starting to see some significant mileage will be in need of regular tune-ups. If you want your 6.7L Cummins engine to last a little longer than it might otherwise, be sure to befriend your local mechanic.

A professional can help you identify your truck's weak spots and maintain them over several hundred thousand miles. 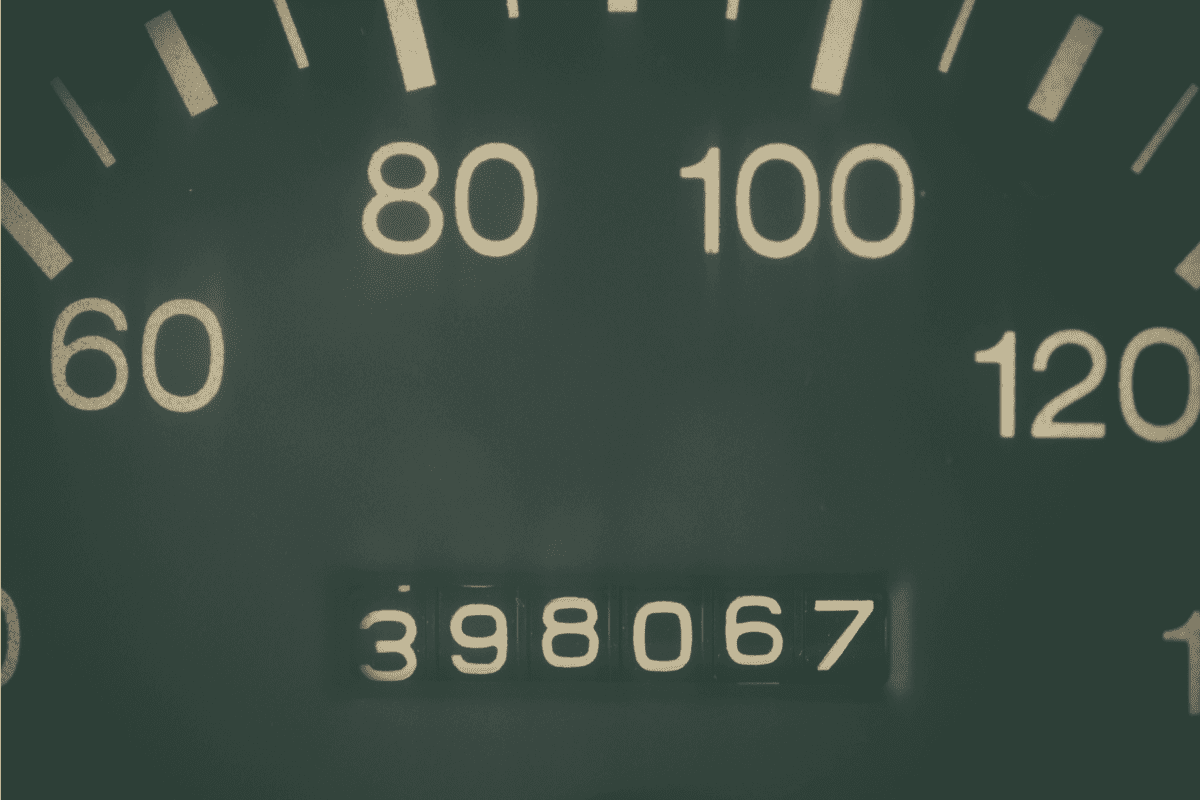 The most sensitive parts of a Dodge Ram, among other heavy-duty trucks, include:

If you think that your 6.7L Cummins engine may be coming to the end of its life, sit down for a consultation with your local mechanic.

The two of you can hash out any necessary repairs and weigh the value of your older truck against some of the newer models on the market.

What Pickups Have a Cummins Engine?

A Cummins 6.7L engine is designed for long-haul jobs. As such, you're most likely to find the engine in newly-released trucks. The full-size trucks that currently boast a Cummins 6.7L diesel engine include:

The differences between these trucks lie primarily with their payloads. A 2021 Ram 4500 can't outpace a 3500, though. Instead, a 2021 Ram 3500 can carry a heavier payload courtesy of its substantial build.

Comparatively, the 2021 Ram 4500 tends to use less gas than its brethren, limiting the cost of hauling heavy equipment down the interstate.

Cummins Engines and Other Truck Manufacturers

While Cummins and Dodge Ram have a thriving partnership, Ram trucks aren't the only full-size vehicles to put the Cummins line to use.

Cummins is a third-party supplier, meaning that it can sell its engines to a variety of manufacturers without violating its company contracts.

As such, you can find engines comparable to the 6.7 Cummins in ProStar, LoneStar, Cascadia, Coronado, Kenworth, and Peterbilt trucks. 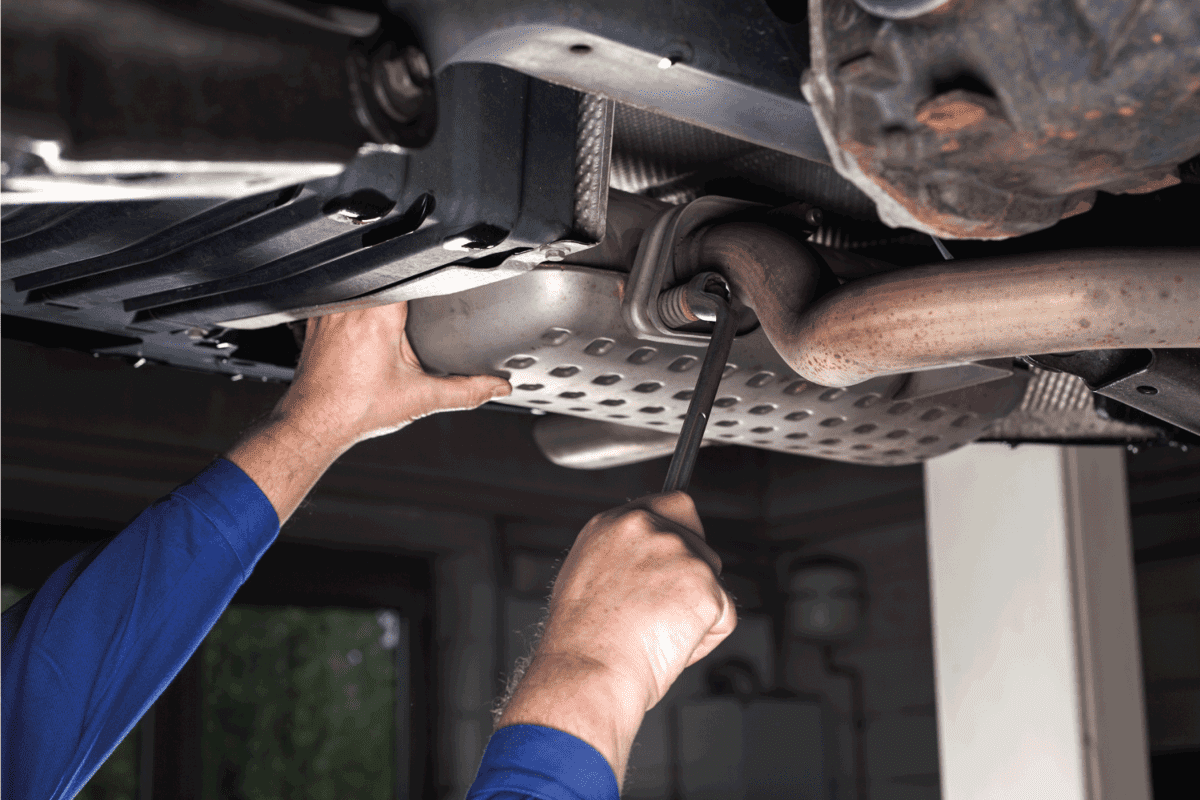 Is It Worth Deleting 6.7 Cummins?

Gearheads looking to customize their Dodge Rams may be tempted to fiddle with their emissions control equipment. This process is known as deleting the existing system.

That said, deleting the 6.7 Cummins is rarely a good idea. Not only can the process compromise the effectiveness of your truck, but it can also put you in legal danger.

There are federal laws designed to discourage the removal of emissions equipment from today's trucks. The act of violating those laws can leave you facing fines and even jail time.

These laws are in place because of the services the 6.7 Cummins provides. The emissions equipment you might otherwise delete limits your carbon footprint and protects your truck from unnecessary damage.

While you may briefly benefit from increased power, you'll shorten the longevity of your truck and do permanent damage to the ecosystem around you.

Combine those threats with the risk of jail time and fines, and deleting your 6.7 Cummins doesn't seem worth the effort.

When Did Dodge Put The 6.7L Cummins in Their Trucks?

Dodge Ram and Cummins may not house their manufacturing plants under the same roof, but the two have been partners for a long time.

Dodge began putting Cummins engines into the trucks in 1989 when Ram trucks were first released. In this vein, Ram was quick to adopt the 6.7 Cummins engine when it dropped in 2007.

The original Ram and Cummins combination appeared in the D001. Conversations about the original torque of this truck vary—Rainbow Chrysler says it managed 330 lb-ft of toque, whereas Cummins-Ram history claims that it boasted 400 lb-ft.

Either way, the truck rapidly outshone its competition with its carrying capacity, horsepower, and 5.9-liter engine.

Today's engines may come in neater frames and be a little bit larger, but it was this first marriage of Ram to Cummins engine that forged the partnership drivers and dealers know today.

What Year is the Best 6.7L Cummins?

If you're in the market for a used truck, you'll want to know you're getting the best horsepower and torque for your investment. Ram and Cummins have released several stellar makes over the years, but some of the best include:

In 2007, we saw the first release of the Cummins 6.7L engine. The abrupt increase in the torque of Rams released that year saw drivers take to the roads with more weight in their trailers.

What's more, the trucks didn't suffer from any reduced agility on national interstates. Instead, the trucks became more nimble or, at least, as nimble as their substantial frames would allow them to be.

Today's market has based the value of a 2007 Dodge Ram 1500 on both its mileage and overall care. These used vehicles are prized primarily for their ability to haul significant loads without overwhelming any smaller communities they might maneuver through.

The Dodge Ram models released in 2011 and 2012 took the evolution of the 2007 model and elevated it to a new standard. While still relying on the 6.7L Cummins engine, these models also installed a new exhaust brake.

The exhaust brake generates negative torque and forces the engine to work more slowly than it would otherwise.

As a result, a truck's wheel brakes are less likely to overheat. This means that the truck tends to last longer than models released prior to the brake's installation.

Used 2011 Dodge Rams on the market today are well-liked for their appearance and sturdy rigging. It's the truck's drive and model, specifically, that tend to drive up used truck prices within this range.

Dodge Rams and their peer trucks are not well-known for incredible gas mileage. While a 6.7L Cummins engine does a truck a lot of favors, the MPG on trucks boasting these engines is still on the lower side.

On average, a Ram equipped with a 6.7L Cummins engine will get between 14 and 17 miles per gallon.

That said, there are ways to improve your truck's gas mileage. Some of the best tips and tricks you have at your disposal include:

The heavier your truck is, the more gas you're going to use getting from Point A to Point B. Of course, there are circumstances in which you can't sacrifice any of your truck's weight.

If you're moving into a new house or transporting goods for a DIY project, you'll need to make the necessary sacrifices. Try not to use your truck bed as a secondary storage unit, though.

If you've been lugging around old furniture or other items for an extended period of time, you may be worsening your truck's gas mileage.

Are you concerned about how much you'll be spending on gas while driving a Dodge Ram? Make sure you use the cruise control to your advantage. Most drivers tend to lose out on gas mileage when they don't control the speed of their vehicle.

When you rely on cruise control, you can hold your truck at a consistent speed, thus making the most out of the gas you have in the tank. 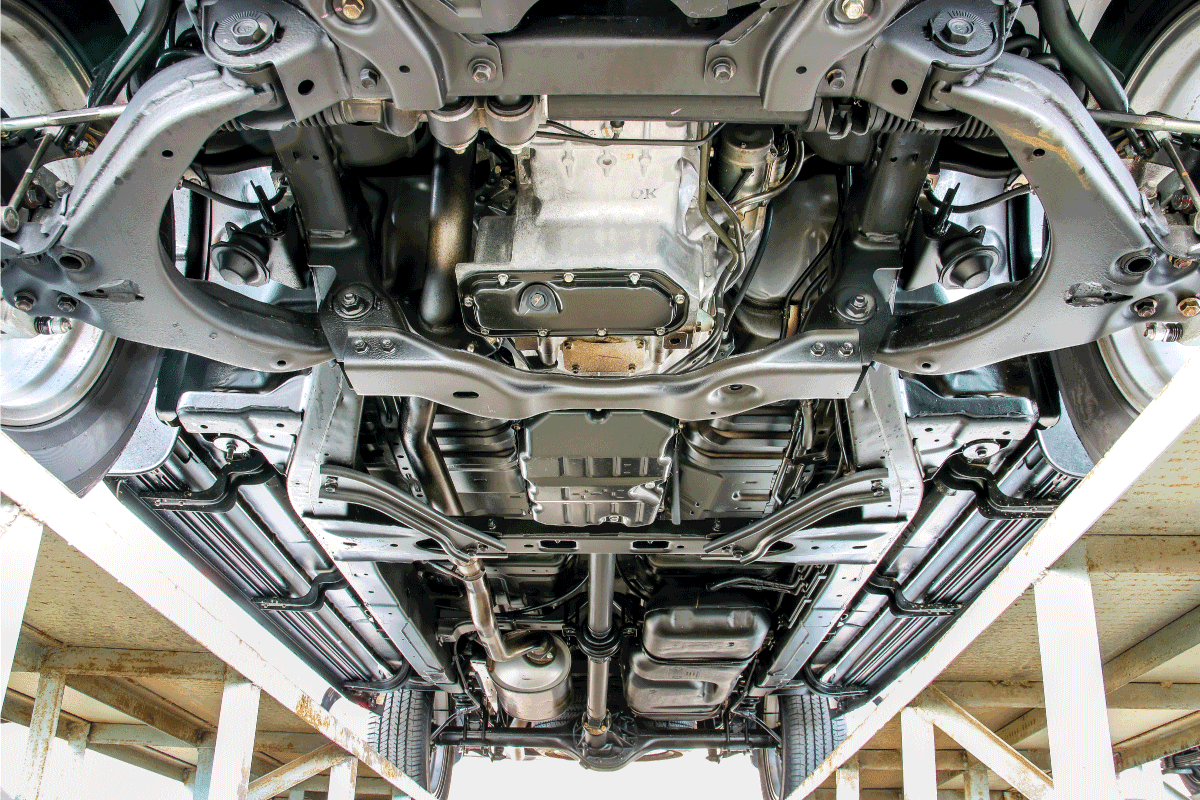 6.7L Cummins and Your Truck

When you bring home a new or used truck, you want to know that it's going to last for a long while. While 6.7 Cummins engines have their quirks, they are reliable in cars that have seen fewer than 350,ooo miles.

You may even be able to push a 6.7L Cummins engine further so long as you've invested in regular truck servicing.

I have a 2009 Dodge 3500 turbo 6.7L pickup. I haven’t stressed it too much; have installed an air brake which really helps when hauling heavy loads. I just turned over 196,000 miles and believe it has 100% of the compression it had when new. I wouldn’t trade it for all the Elon electric pickups out there! I’m a Dodge truck man forever!