Toyota is the largest car manufacturing brand in the world. It has had an enduring legacy of well-built and reliable vehicles for the better part of seven decades. One of its famous offerings is the Toyota's subcompact SUV, the RAV4. In this article, we have researched and asked the experts how long will RAV4 last, and here is what we found.

It is typical for a Toyota RAV4 to reach an estimated mileage of 200,000 to 250,000 miles. Considering the average miles driven by Americans annually is 12,000 to 15,000 miles, you can expect 13-20 years of ownership without encountering any major repairs or parts replacements. It is one of Toyota's best-selling vehicles and is a common sight to see it in the streets. 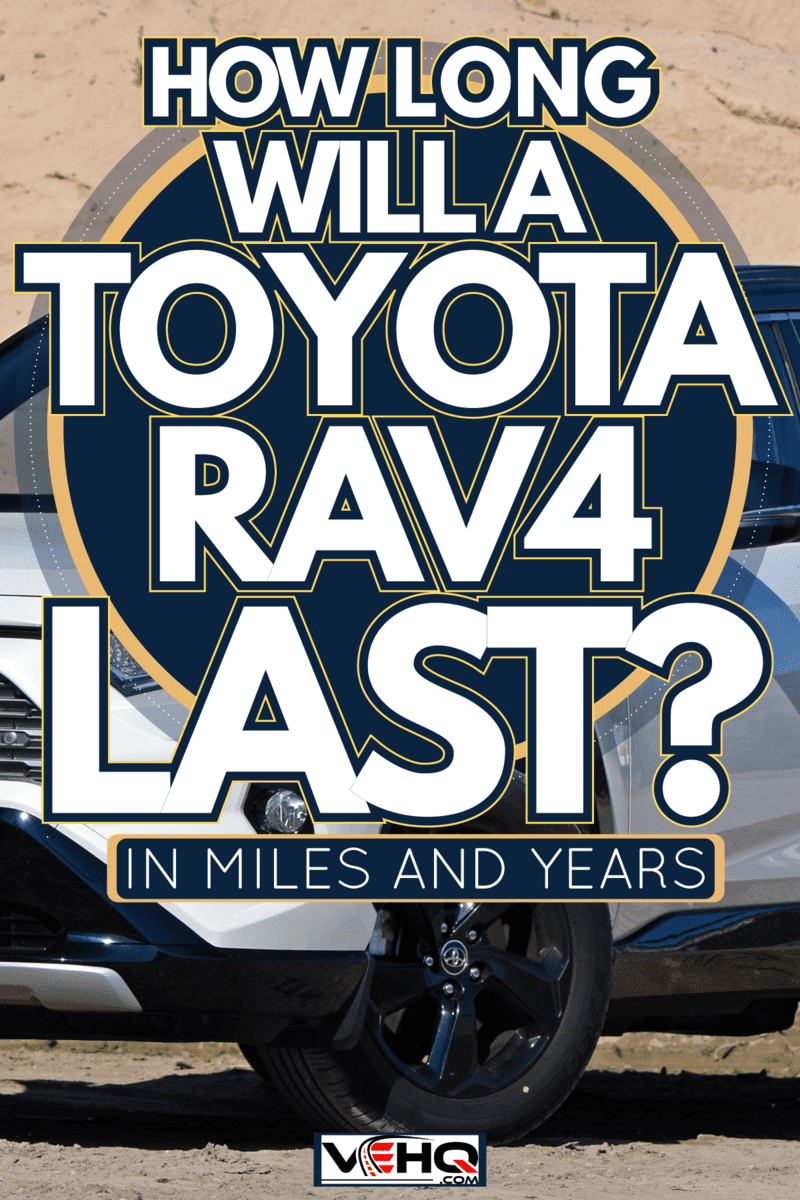 Toyota and Its Crossover RAV4

Being a Toyota has its perks, you are immediately deemed as a car that can take up a beating and does not break easily. This is the same with the RAV4. Japanese car brands, in general, have always had the reputation of making fine and durable vehicles that will last their consumers a long time.

For Toyota, it does a meticulous and particularistic approach in making designing, creating, and assembling their cars. Quality control for the brand is practiced with utmost priority, as simple defects found in the assembly and testing lines are addressed right away.

Toyota also uses p-charts that use data collection in various sub-groups to identify any occurring or possible issue that their design might encounter before releasing their vehicles to the public.

Couple these with various levels of inspections and multiple prototype testings, and what you get is a reliable and lasting vehicle that you can run for hundreds of thousands and even millions of miles. 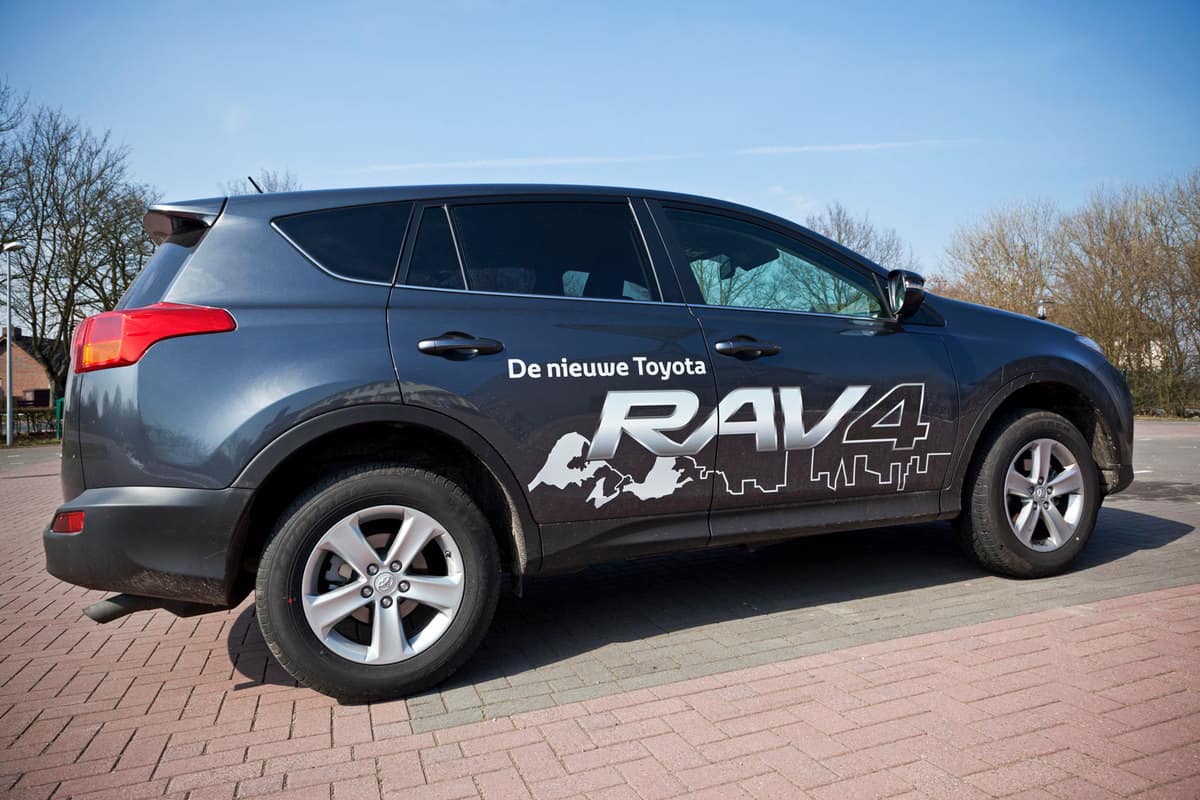 Considered to be the pioneer of its kind, the RAV4 has paved the way for the craze of the vehicle market for compact crossover SUVs. It brought a vehicle that has the handling and a similar (but a bit bigger) size of a sedan while having the ground clearance and storage of an SUV.

The estimated 200,000 to 250,000 miles lifespan of the RAV4 is expected to last you for 16 years. But if you drive less than the minimum average miles annually, you can easily reach 20 years of ownership.

It is a great personal or family vehicle. Older models even have the option for third-row seating which makes it a seven-seater passenger vehicle. It is a very versatile car with the strong quality of a Toyota.

The Rav4 has an MSRP of $39,978 for its limited top-of-the-line trim. It comes with an eight-speed automatic transmission and an all-wheel-drive system. You can expect 25 miles per gallon in the city, while 333 miles per gallon on the highway for its fuel consumption.

Which year Toyota RAV4 is the best?

The Rav4's fourth-generation 2016 model year is the best so far in the RAV4's lineup. It has received the fewest complaints and factory issues from the consumers.

It is worth noting that even Toyota receives complaints and recalls for their vehicle. Some variables cannot be simulated in testing, real-world use is still very different from experiments done by companies. That is why every vehicle brand still encounters problems.

This does not necessarily mean that a vehicle is already bad, it is a good sign that the vehicle manufacturer is going to great lengths to innovate and improve their product.

What are the most common problems with Toyota RAV4?

The Rav4 does not have any major concerns such as transmission malfunction, engine overheating, and braking problems, all of which can be costly and dangerous to consumers.

These common problems can all be quickly fixed if the vehicle is still under warranty. Toyota does recognize that these problems are fairly common on the RAV4, and are willing to have it covered under warranty.

We do recommend that if it is under warranty, refrain from doing any aftermarket or DIY repairs and replacement, this may void your warranty. It is best to have it checked out by your dealership and discuss the repairs.

If it is over the warranty, be wary of having it repaired by unqualified mechanics as this can cause more damage than repair to your vehicle. The good thing about Toyota parts is that they are fairly available and cheaper. We will discuss this in the next part.

Is the Toyota RAV4 expensive to maintain? 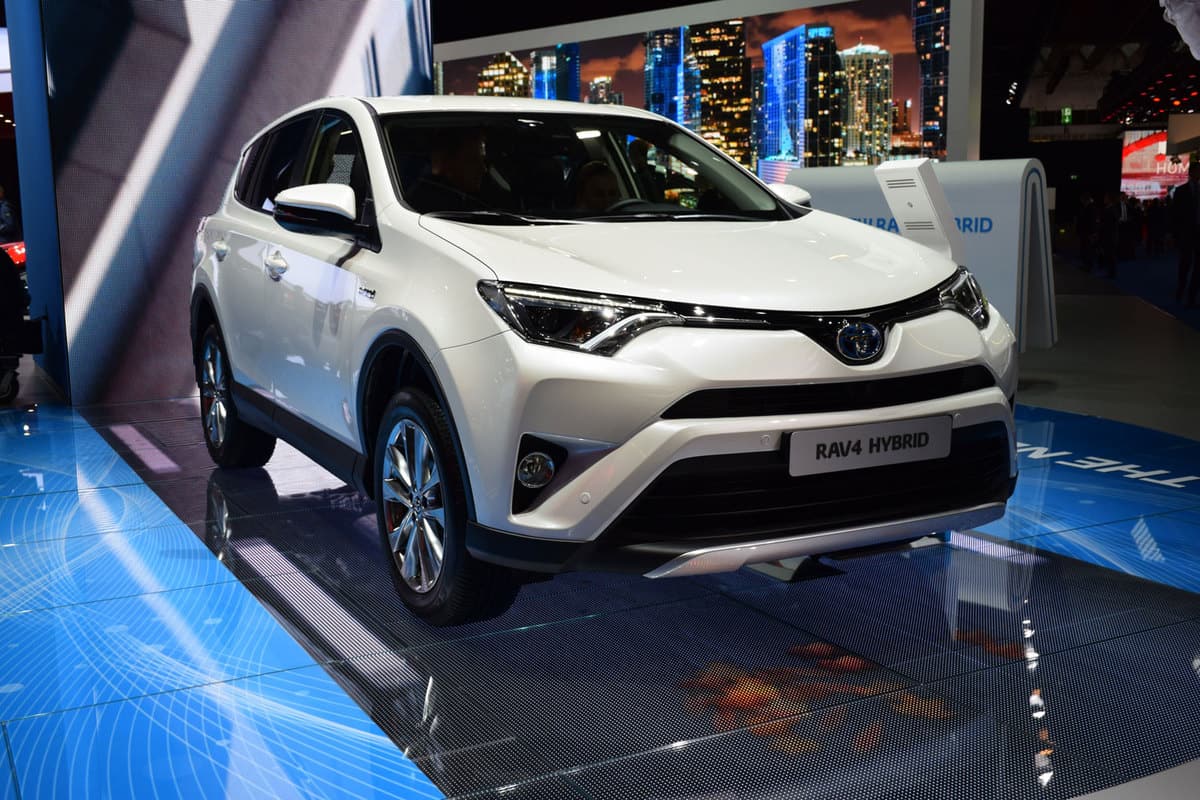 According to data, you can expect to pay at least $5,531 of maintenance cost on average for the first 10 years of ownership from the date the vehicle was brought. Giving owners a 16% chance of encountering any major repairs within that time frame, this is 5.4%  better against the competition in its segment.

This figure is very cheap compared to other car brands by more than $3000. With proper maintenance, you can expect to have a lower maintenance cost than the one shown above.

Your maintenance cost also heavily depends on the use of the vehicle. The more the car is used and driven every day, the higher probability of it quickly wearing out its parts.

The RAV4 is one of those cars that are great for daily driving and is marketed as a regular vehicle, not a luxury one. The parts for this car are relatively cheap and it is overall a budget-friendly vehicle.

How reliable are Toyota vehicles compared to other car brands and manufacturers? 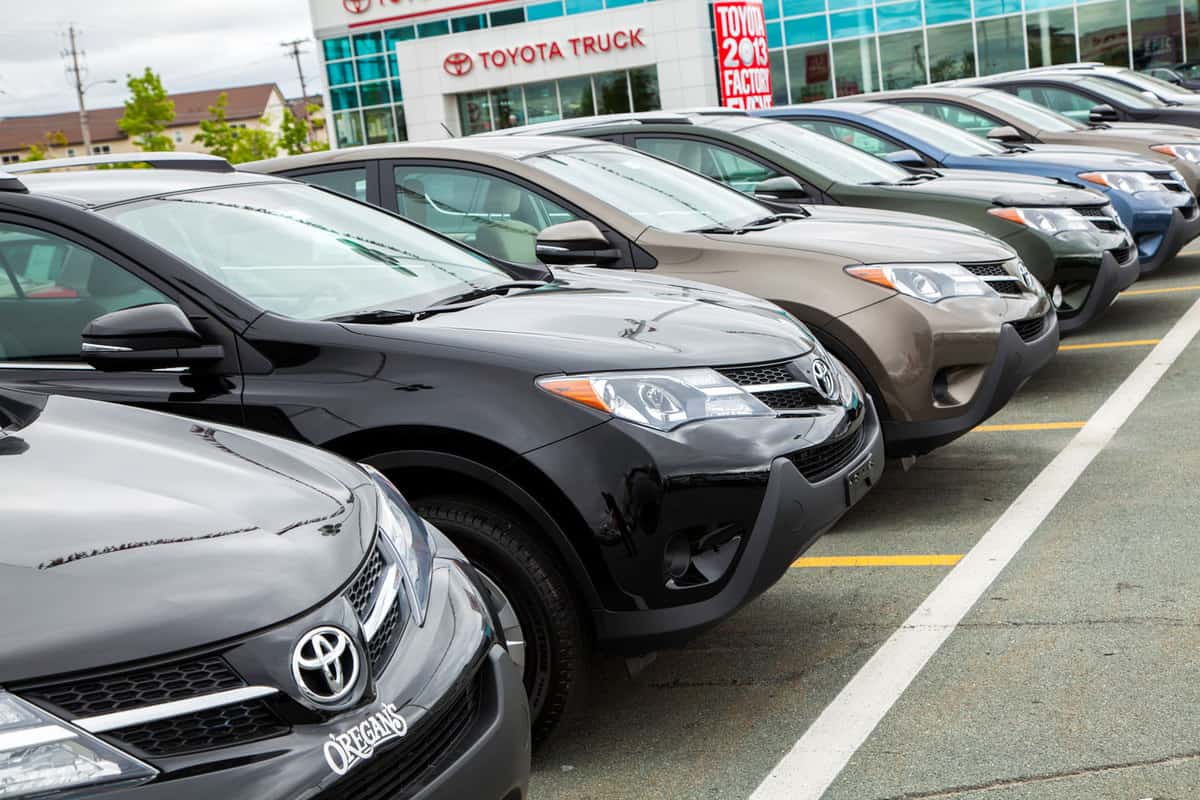 Consumer report's latest reliability rankings place Toyota third amongst 28 other car brands measured for their durability and reliability. Out of a 100, Toyota scored a high 71 markers, only trailing Mazda with 75 points, while the top honors go to Lexus (Toyota's luxury car branch) with 76 points, which is still owned and manufactured by Toyota.

At this point, it is undeniable that Toyota is the world-leading car brand when it comes to durability. When you hear the word Toyota in the car industry, you automatically think of vehicles that will give you a bang for the buck. Toyota has become synonymous with the word reliability.

This is true not only with one of their models but true with the rest of their line-ups. It is more impressive when you think that they can maintain this perception and image of trust, especially with the fact that they produce the most vehicles per year.

What is the most reliable SUV? 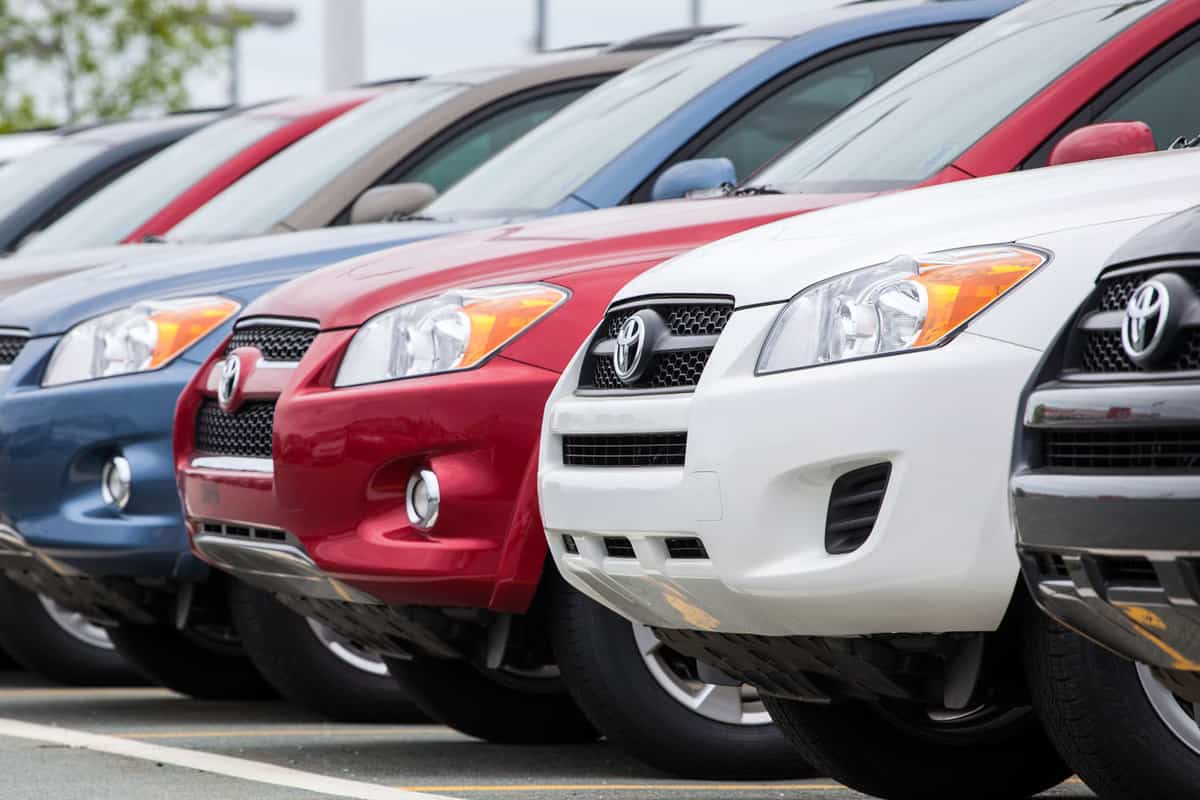 What will you expect, the most reliable SUV is the Toyota Land Cruiser. Toyota engineers claim that they engineered the Land Cruiser to have a 25-year service life!

The Land Cruiser is Toyota's flagship SUV and has been on the American market from the 1950s up to 2020. Sadly, Toyota has stopped selling this iconic go-anywhere vehicle for its new generation (300 series) in the United States, which will be released this 2022.

If you are on the market for an SUV, Lexus' LX 570 is what Toyota designated for the American market to choose from. It has a more luxurious design but is identical to the reliability and functionality of the Land Cruiser.

How well do Toyota cars hold their value? 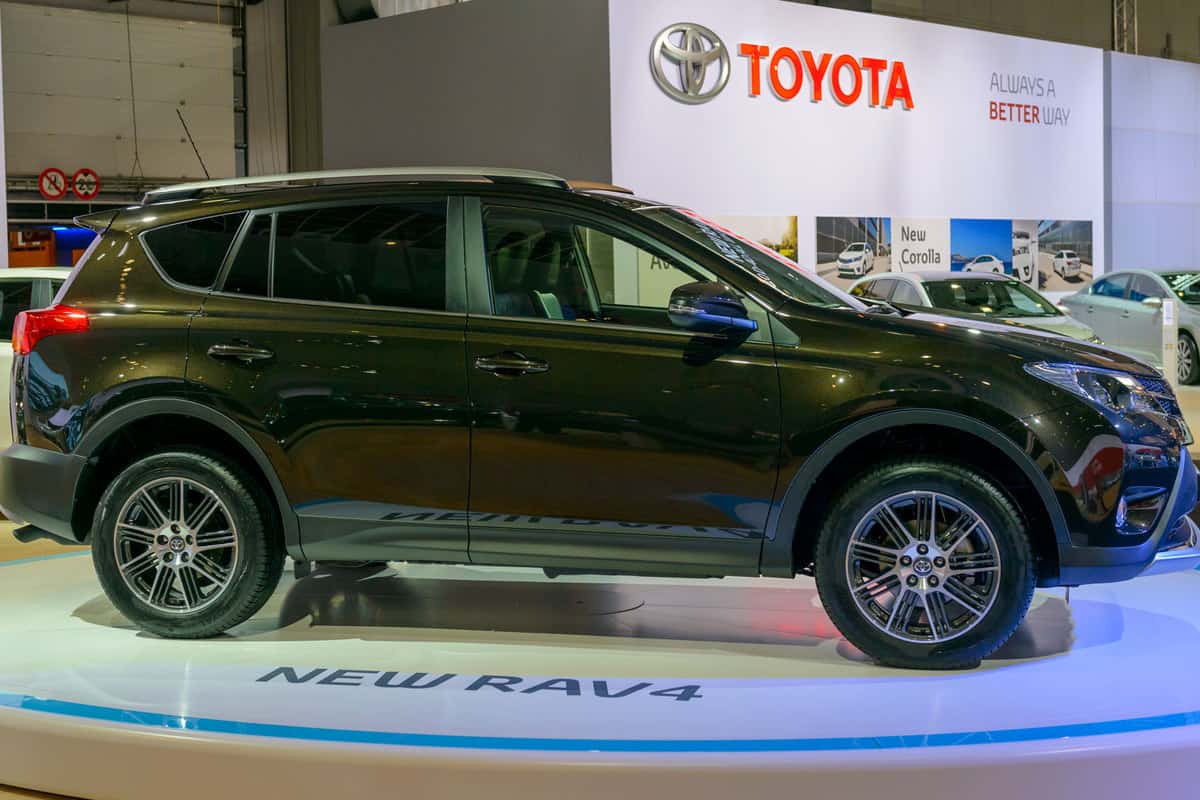 Toyota is a juggernaut in the automotive industry. Not only are they the most available vehicle all over the world, but they are also one of the best when it comes to holding their value.

They average a 50% resale on their average models, while higher-end ones like the Land Cruiser and the FJ Cruiser (which is also not anymore available brand new in the US) can have a resell value as high as 70% after five years.

This is mainly due to brand reputation and perception. Even a used Toyota can still run and serve you as new, and this has been the perception on the market for years. This is why Toyota holds a high appraisal value among sellers.

As for the FJ and the Land Cruiser, their disappearance in the market makes their value even higher as supplies for such vehicles are now limited. This limited supply situation gives these vehicles collectible cars status, plus the fact that they are truly reliable even when you abuse them just adds more desirability for the vehicle. 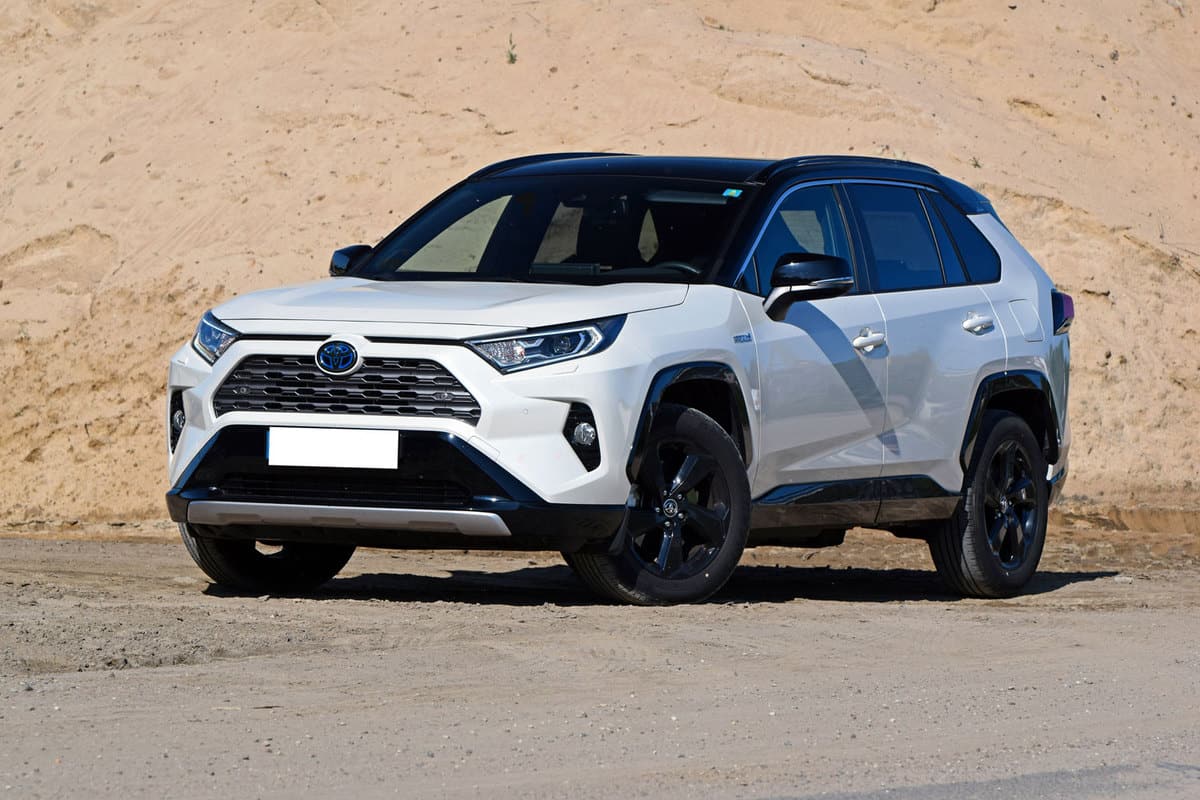 Toyota vehicles, like the RAV4, are very reliable cars and can last you decades on out, depending on how you treat them. Toyota is well-known for producing long-lasting and very durable vehicles that can go hundreds and thousands of miles, with some even breaking the million miles barrier. Choosing a RAV4 as your next daily driver is a great choice! It is a vehicle that will last you for years.

Here are related articles we think you might find interesting:

Can a Toyota Rav4 Pull a Trailer? [Towing Capacity and more]