Knowing basic information about the various parts of your vehicle can be useful in many different situations. If you have a Toyota Tundra and are wondering how many axles it has, we can help you. We researched this popular truck in detail so that you will know for sure what your truck has.

Now that we know that the Toyota Tundra has two axles, we'll take a look at how this truck has been configured. You might also be wondering if the Toyota Tundra is a 3/4-ton pickup or how long a Tundra will last on average. For the answers to these questions and more, read ahead in this post to see what we've discovered in our research. 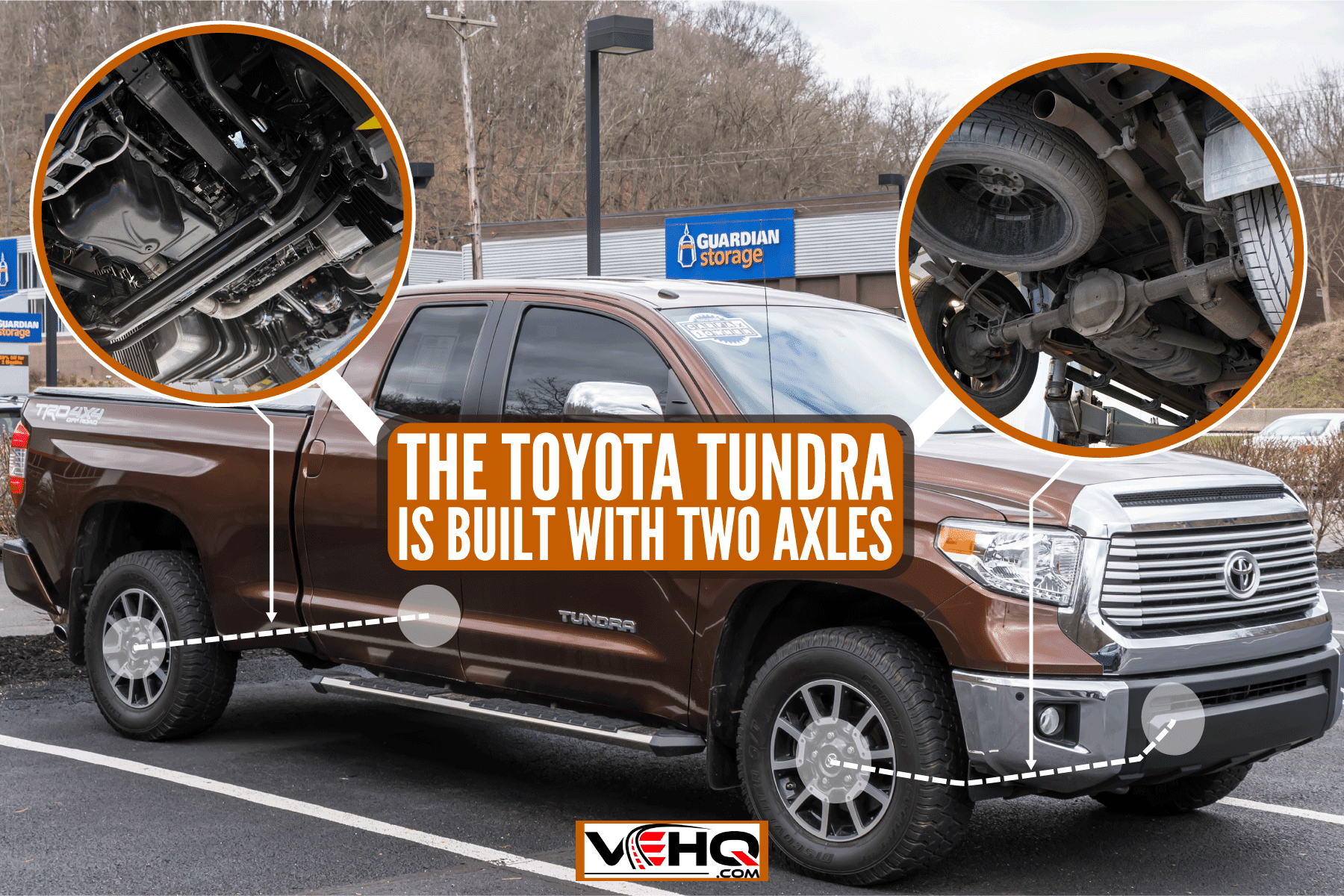 The Powertrain Options For The 2022 Toyota Tundra

The fully redesigned 2022 Toyota Tundra has a good base level, with several powertrain options that can be upgraded.

The base model is equipped with a twin-turbo 3.5-liter V6. It is capable of 389 horsepower and 479 pound-feet of torque. Rear-wheel drive is the standard with the Tundra as is the 10-speed automatic transmission.

There is a hybrid engine upgrade available in premium trim levels of the Tundra. This will put an i-FORCE MAX 3.5L twin-turbo V6 Hybrid engine under the hood. It has 437 horsepower and 583 pound-feet of torque.

All trim levels of the Tundra can be upgraded from rear-wheel drive to a 4x4.

Is The Toyota Tundra A 3/4-Ton Pickup Truck?

When the first 1/2-ton trucks emerged generations ago, their payload capacity was a true 1,000 pounds, give or take.

But modern developments have made it possible for these same types of trucks to carry more weight on board. It's not uncommon for a 1/2-ton pickup to have a true payload capacity of 1,600 pounds or higher. 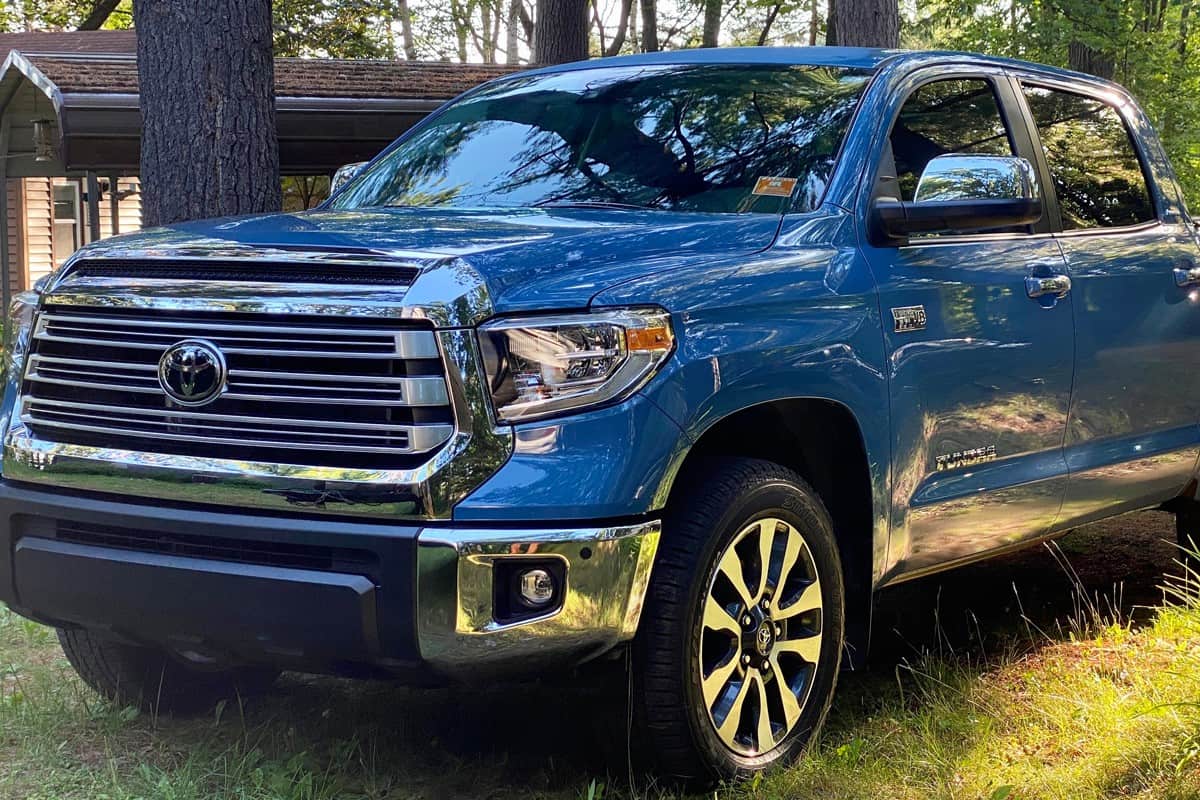 How Long Will A Toyota Tundra Last On Average?

Many consumers cannot budget to replace a vehicle every five years or so. They look for one that will last as long as possible, getting the most for their money. The longevity of the Toyota Tundra makes this truck one of the most popular ones for this very reason.

The Tundra will last upwards of 300,000 miles. For a person that drives an average of 15,000 miles each year, this means that this truck could last as long as 20 years.

Experts warn that the Tundra will sometimes suffer from frame rust, putting it at risk of going out of service long before the engine dies. They state that regular washing of this truck is vital. This is especially important if you drive it in an area that gets a lot of snow and ice. 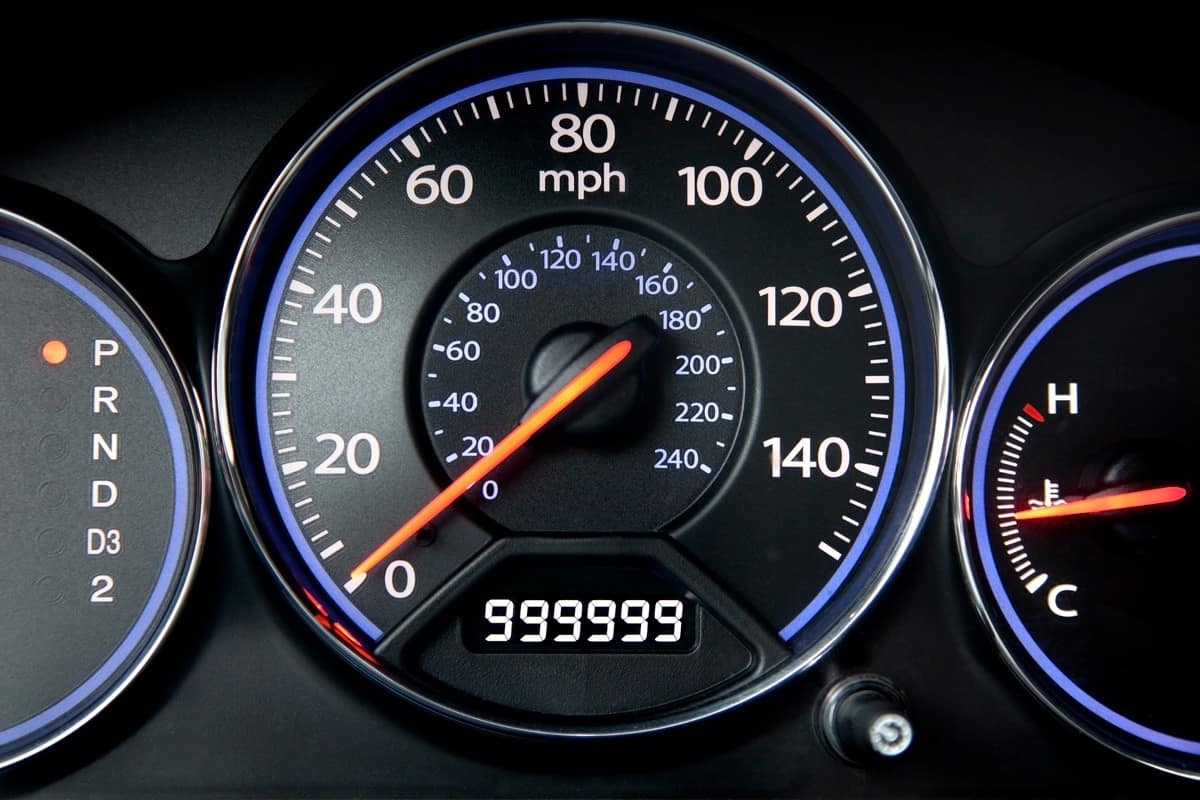 Currently, Toyota does not make a one-ton pickup truck. They had manufactured the Toyota T100 in the past, but it was only available in the United States and Canada from 1992 until 1998. Before that, they produced the Toyota 1-Ton from 1985 until 1992.

For those interested in a one-ton model, there are several reputable ones to consider. The Ford F-350, Ram 3500, GMC Sierra 3500, and Chevy Silverado 3500 are among the most popular.

Exploring the trim level options within each model will open up numerous possibilities for maximizing towing capacity, payload, and overall power.

With the successes of the lighter-duty Tundra and the Tacoma, Toyota is not considering re-entering the one-ton truck market at this time. 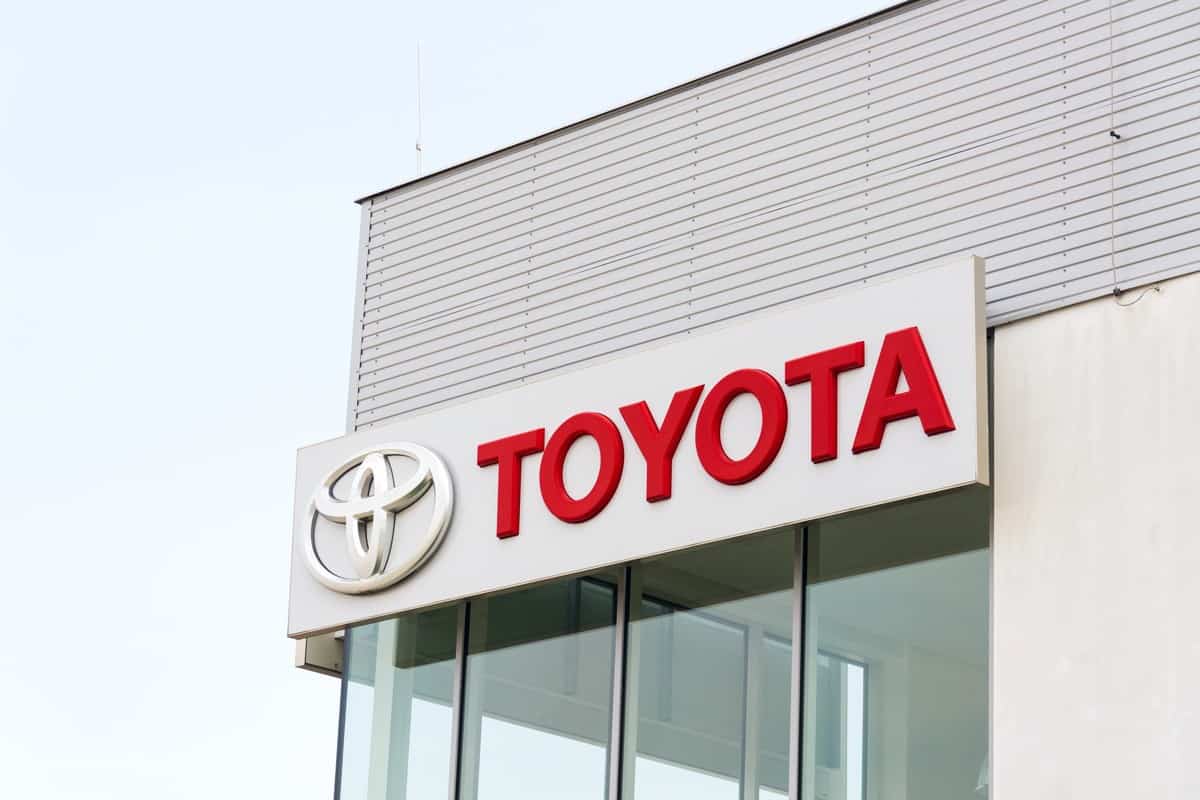 Which Is Bigger, The Tundra Or The Tacoma? 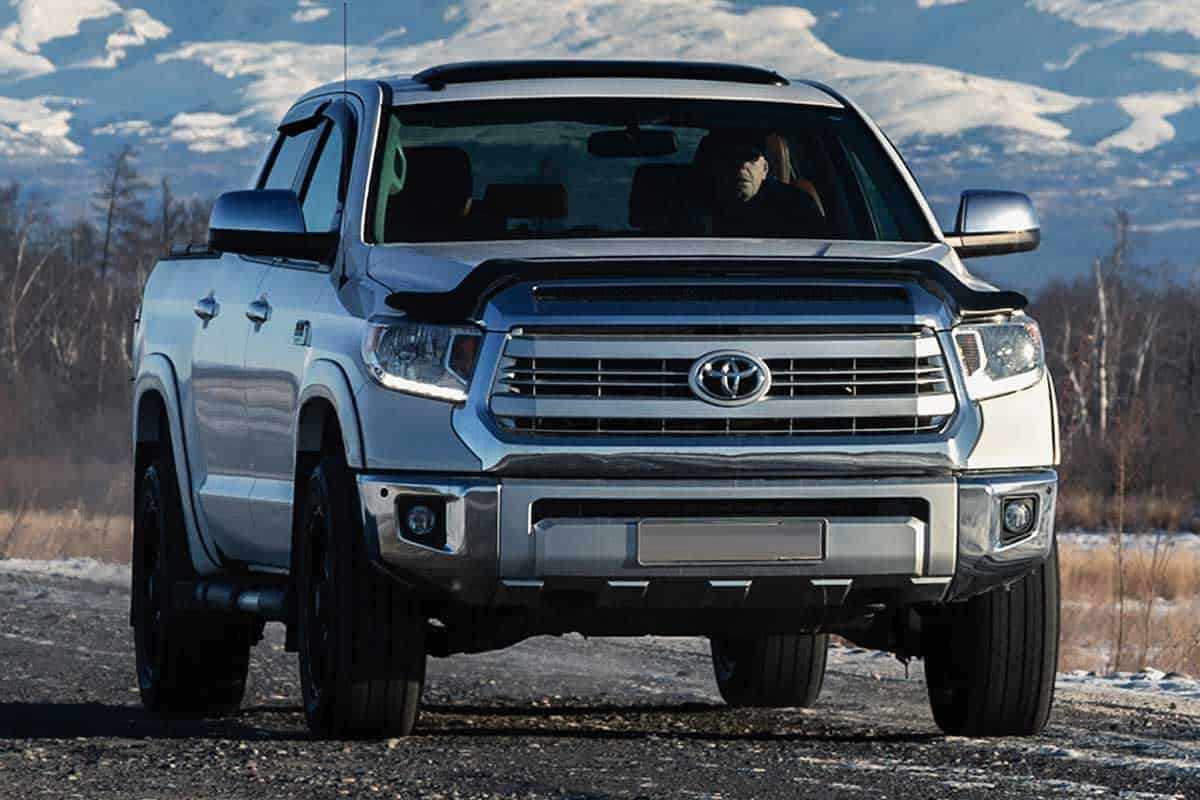 Is The Toyota Tundra Reliable?

Toyota vehicles have the reputation of being some of the longest-lasting vehicles produced for consumers. This automaker is also known to make cars and trucks that are very reliable. When it comes to the Toyota Tundra, this truck is no exception.

The Tundra received an overall reliability score of 86 out of 100 from J.D. Power and Associates. In addition, U. S. News and World Report rated it at #4 in its class of full-sized pickup trucks.

How To Get The Most Miles Out Of Your Toyota Tundra

No matter how well built a vehicle is, nothing is impervious to the elements or natural wear. Over time, your Tundra will suffer the damage caused by use and time. But you'll find that this will happen much faster if you do not take proper care of it.

The single most important thing you can do to maximize the life of your Tundra is to keep to the factory-recommended maintenance schedule. This is outlined in your owner's manual. Carefully read it, and have all maintenance items performed at the recommended mileage/time intervals.

This goes beyond the routine oil changes at your dealerships. You'll need to have various filters inspected and replaced, checks on the suspension system, transmission, and brakes, and routine inspections of vital parts like the timing chain.

Regular fluid changes are also a part of keeping your Tundra on the road. If you make routine maintenance a priority, you'll find it riding on the roadways for years to come.

Between maintenance sessions, you might notice that your Tundra isn't running the way that it normally does. It might be making an odd sound or emitting a noxious odor. Ignoring these seemingly small items can end up being costly.

Any sound or smell that is out of the ordinary should be identified and corrected as soon as possible. Any new vibration, rattling, squeaking, or otherwise, peculiar happening might indicate that a wearable part is showing signs of failure.

Getting this fixed ASAP can keep them from failing and damaging other components with it.

Keep The Tundra Clean, Inside And Out

Rust is a known enemy of many Toyota vehicles as they age. This is especially a problem if the Tundra is driven in areas with snow and ice. The road salt will slowly eat through the protective layers on the paint before eating through the paint itself and attacking the metal frame.

Routinely washing your truck, especially in the winter, will keep these harmful chemical reactions at bay. Do a thorough job at washing underneath, as the road salt will attack the undercarriage, too.

Keeping the interior clean will make your cabin filters last longer. Avoid smoking or vaping inside the cab, as the chemicals that you exhale damage the electronics, including the onboard computer. 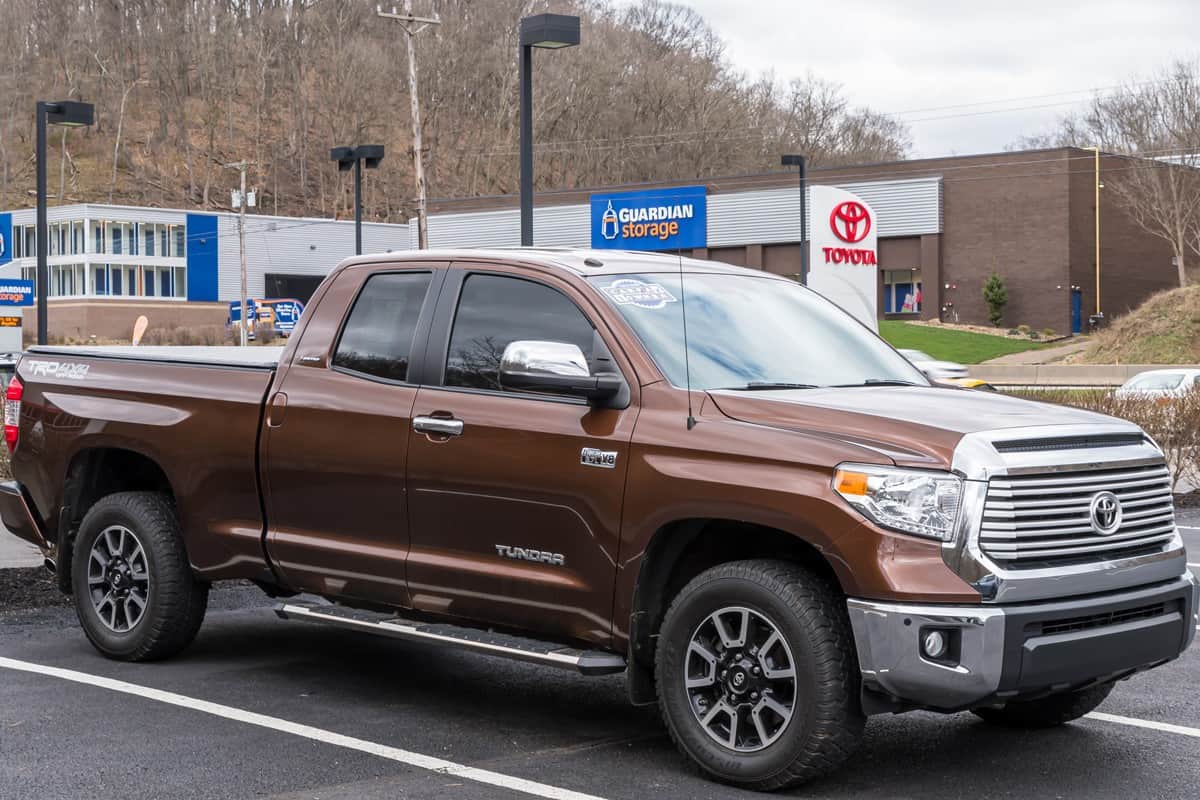 The two-axled Tundra is available in multiple trim levels, some of which include the option for a four-wheel drive and a hybrid engine.

This truck is built to last, with the expectation that you will be able to drive it upwards of 300,000 miles. Take proper care of the Tundra, and you'll have it remain as reliable as it is long lasting. Drive safe!

We hope this post on the Toyota Tundra answered all of your questions. For additional helpful information, we suggest reading the following automotive posts:

How Long Is The Bed On A Toyota Tundra? [All Configurations Explored]

What Is Included In Tundra Tow Package? [And How Much Can It Tow?]