Fuel injectors play a vital role in the function of a vehicle's engine, and as such, it is important to keep them clean and well maintained. But how many fuel injectors does an engine have? We did the research to bring you the answer.

The typical engine has 4, 6, or 8 cylinders, and each of those cylinders will have one injector. That means that, in total, an engine will either have 4, 6, or 8 injectors. Since 1990, every new car has been equipped with fuel injectors, as it is a more precise way to distribute fuel to the engine.

The creation of fuel injectors has changed the way vehicles are made and has allowed for a more efficient engine. This article will take a closer look at how fuel injectors work and why there is one per engine cylinder. In addition, we will answer other frequently asked questions about fuel injectors, so keep reading! 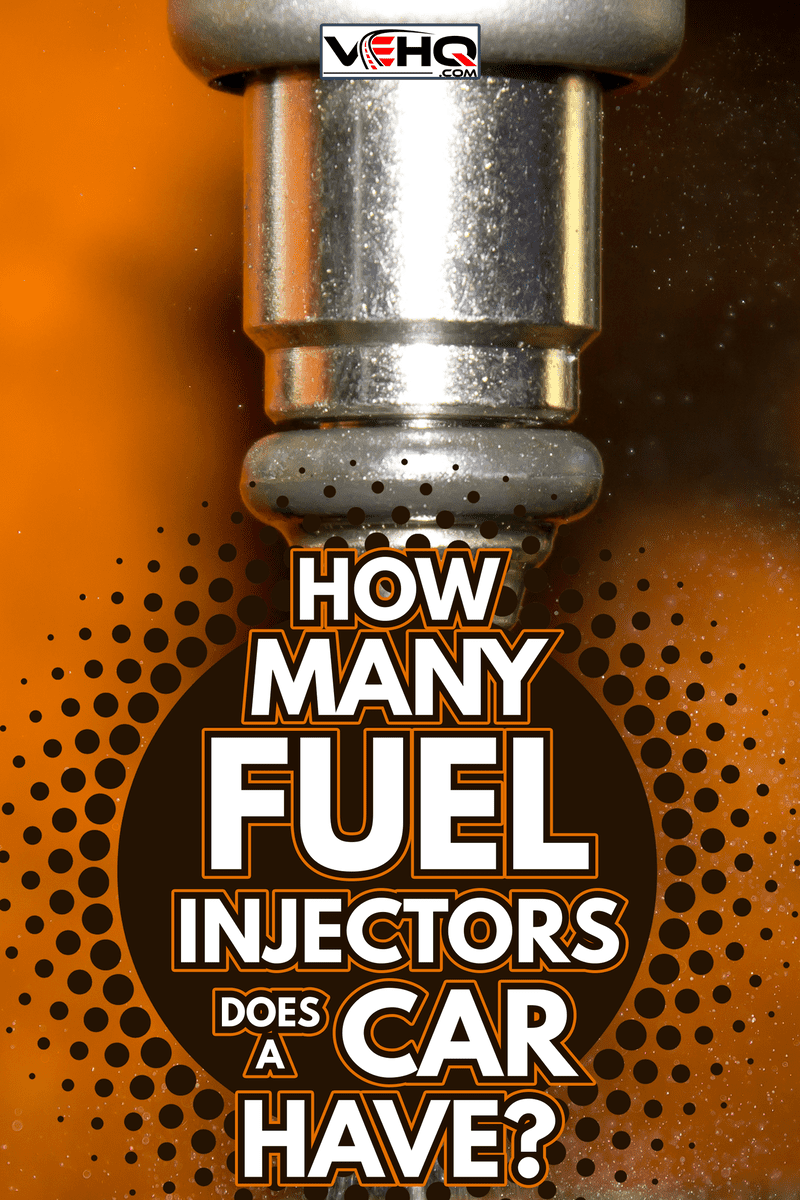 Is There A Fuel Injector For Each Cylinder?

This precise timing is managed by the engine's computer, which tells the injector when to open and close. The injector itself is a small electromechanical valve that opens and closes very quickly, allowing a small amount of fuel to pass through each time it opens.

This is because the air-fuel mixture in the cylinder is as close to stoichiometric (perfectly balanced) as possible. This perfect mixture results in a more complete burn of the fuel, which leads to better engine efficiency and lower emissions.

Recently, manufacturers have adapted to direct fuel injection, which injects fuel directly into the cylinder rather than into the intake manifold. This results in an even more precise mixture and can lead to better engine performance.

However, direct fuel injectors are more expensive due to high fuel consumption. 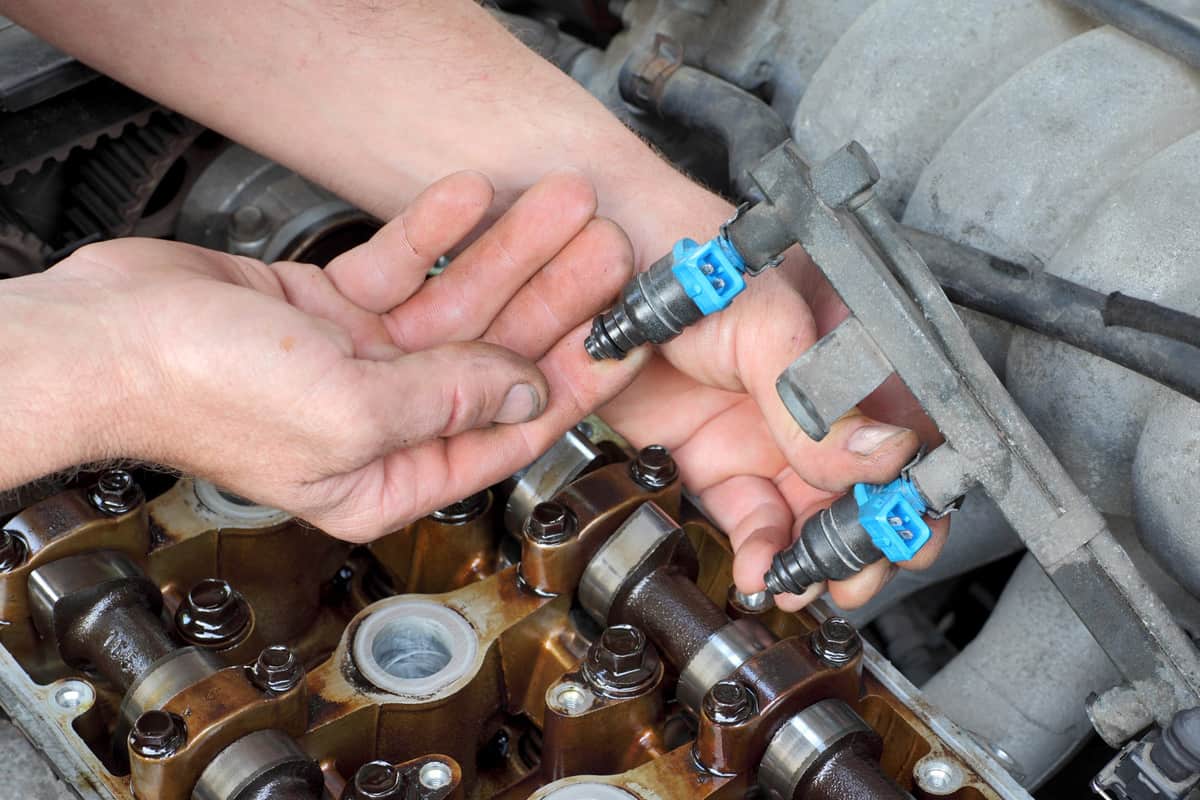 Are Most Engines Direct Injection?

The reason being is that it's a much more efficient system. It allows for better atomization of the fuel which means less unburned fuel in the cylinders and therefore less pollution. It also allows for a higher compression ratio, resulting in more power from the engine.

How Often Should You Clean Your Fuel Injectors?

It is generally recommended that your fuel injectors be cleaned every 30,000 miles or so. However, this number can vary depending on your vehicle type and how often you drive it.

If you drive in stop-and-go traffic often, for example, your fuel injectors may need to be cleaned more frequently. The same is true if you frequently use low-quality fuel.

You may also need to have your fuel injectors cleaned more often if you notice that your engine is running rougher than usual or if you are getting fewer miles per gallon of fuel.

If you're unsure how often to have your fuel injectors cleaned, consult your dealer or ask your mechanic. 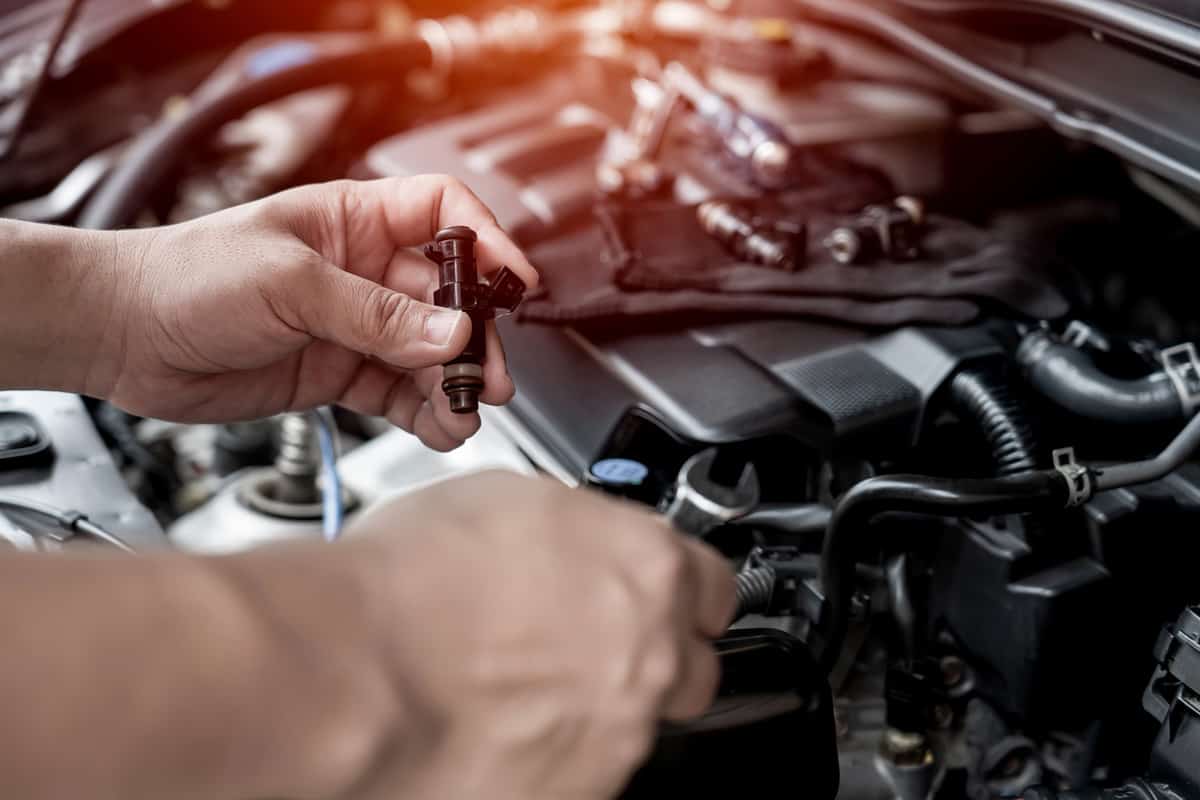 Are All Fuel Injectors The Same?

The three most common types of fuel injectors are single-point or throttle-body, port or multi-point, sequential fuel injectors, and direct-injection fuel injectors. Let's take a look at each below:

Single-point fuel injectors were made to replace carburetors with one or two spray nozzles that spray into the throttle body. The highlights of this new invention were that it was easier to maintain and less expensive than carburetors.

Later, port fuel injectors were made with a nozzle that sprayed fuel into each cylinder outside the intake port, hence the name port injection. The port injectors are more efficient than the single-point injectors, as they would draw the fuel vapor entirely into the cylinder.

It also ensured that the fuel vapor wouldn't collect into the intake manifold.

Sequential fuel injectors took port injectors to the next level regarding efficiency. Port injectors would spray the fuel vapor all at the same time which could cause the fuel to stall in the port.

Engineers noticed this was an issue and made sequential fuel injectors so each injector would spray the fuel vapor independently. This small change in engineering increased efficiency and decreased emissions.

Direct injection is where technology sits now and is becoming more popular amongst automakers. At first, the direct injection technology was commonly found in diesel engines, but as mentioned earlier, automakers are making it part of their gas engines as well.

The reason being is due to the fact that the fuel is sprayed directly into the combustion chambers allowing for precise fuel metering. This results in even fewer emissions and more power. 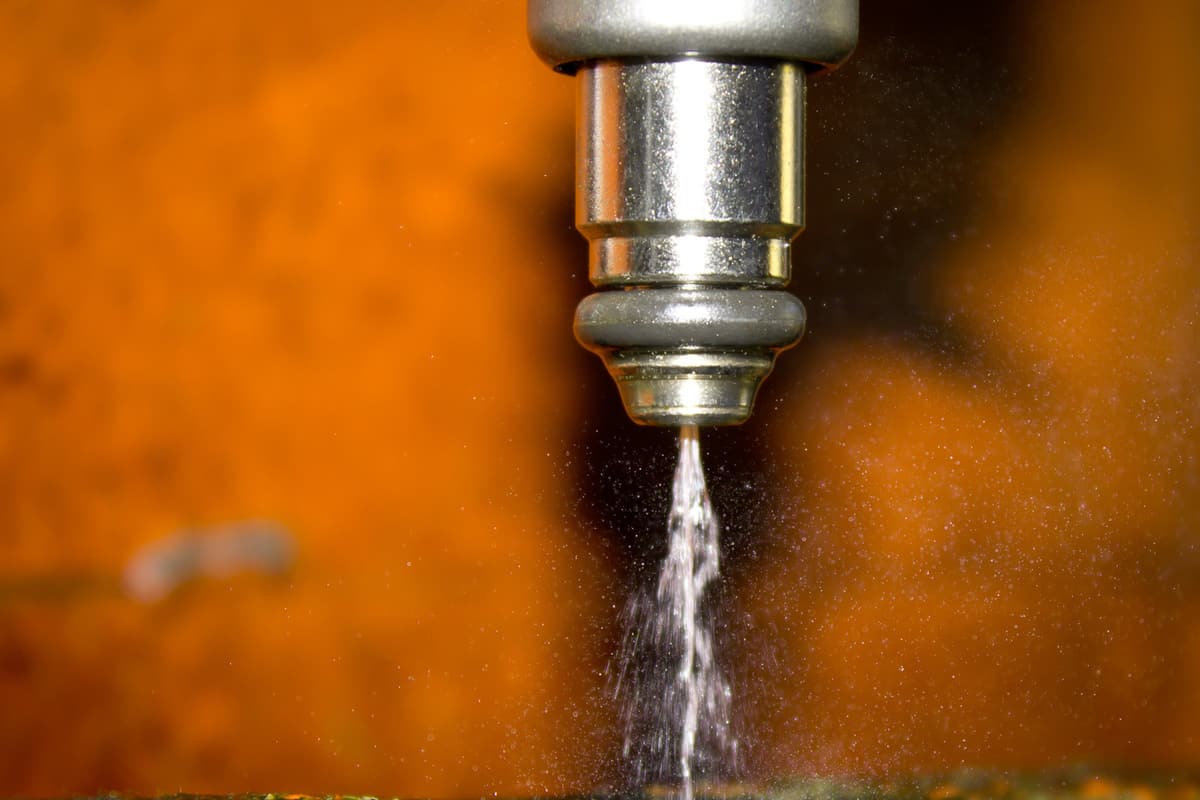 Are There Problems With Direct Injection Engines?

As we have discussed, direct injection or DI has several advantages and is becoming the go-to for automakers. However, there are bound to be a few issues with anything new.

The main problem that has been seen in DI engines is fuel deposits or carbon buildup on the injectors and intake valves. These deposits can cause misfires, loss of power, and increased fuel consumption.

The good news is that this isn't a problem that is unique to DI engines, and it can be caused by a number of different factors such as low-quality fuel, extended periods of idling, or short-trip driving.

The best way to avoid these problems is to use higher-quality fuel and make sure you are getting your oil changed on time.

Which Is Better, MPI Or GDI?

When it comes to torque and acceleration, GDI, or gasoline direct injection, engines have a clear advantage. The main reason is due to the fact that the fuel is sprayed directly into the combustion chamber, allowing for precise fuel metering.

This results in fewer emissions and also more power. Although MPI or multiport injection engines are less expensive to produce, they just can't match the performance of GDI engines. In addition, GDI engines consume less fuel than conventional engines at cruising speeds.

This is why most automakers are transitioning to using GDI engines in their vehicles. So, if you're looking for a powerful engine that can get you from point A to point B quickly, then a GDI engine is the way to go, as you can gain as much as 10% more torque with a GDI engine.

One specific advantage MPI has over GDI is that it does a better job starting the engine when it is cold. The fuel coming from the port gives the cylinder better fuel atomization, allowing for a better cold start, especially in flex-fuel vehicles.

In addition, MPI doesn't have as big of a carbon buildup problem on the intake valves. Over time, it is likely that engineers will address this problem with GDI engines, making it the go-to choice for more automakers.

Is It Better To Replace All Fuel Injectors At Once?

It is generally recommended that you replace all fuel injectors simultaneously. The main reason is that if one of your injectors is going bad, it is likely that the others are not far behind.

Replacing all of the injectors at once will save you money in the long run, as you won't have to pay for labor twice. It is also a good idea to replace the fuel filter simultaneously as well.

If you are noticing any of the following symptoms, then it is likely that you will need to replace your fuel injectors:

Read more: Do Fuel Injectors Need To Be Replaced?

If you are experiencing any of these symptoms, then it is best to take your vehicle to a mechanic and have them diagnose the problem.

Fuel injectors are an essential part of your vehicle's engine and are responsible for delivering fuel to the combustion chamber. There are two main types of fuel injectors: MPI and GDI. Both have changed the way engines operate and have their advantages, but GDI looks like it is here to stay.