Cars tend to last a long while. Still, you might run into a few problems that need repairs here and there. This raises the question—how long do some car components last? More specifically, how many miles can an alternator last? If that's your concern, let's discuss the details.

There isn't a definite amount of miles an alternator will last. In general, it will hold up for 60,000 to 200,000 miles. It can be as low as 60,000 miles because the components in the alternator might wear out prematurely.

Manufacturers design alternators to be sturdy and dependable. In most cases, they last about 80,000-100,000 miles. That lifespan can be cut short in a few situations. It's always evident when an alternator is on its last legs. To learn more on this topic, keep reading. 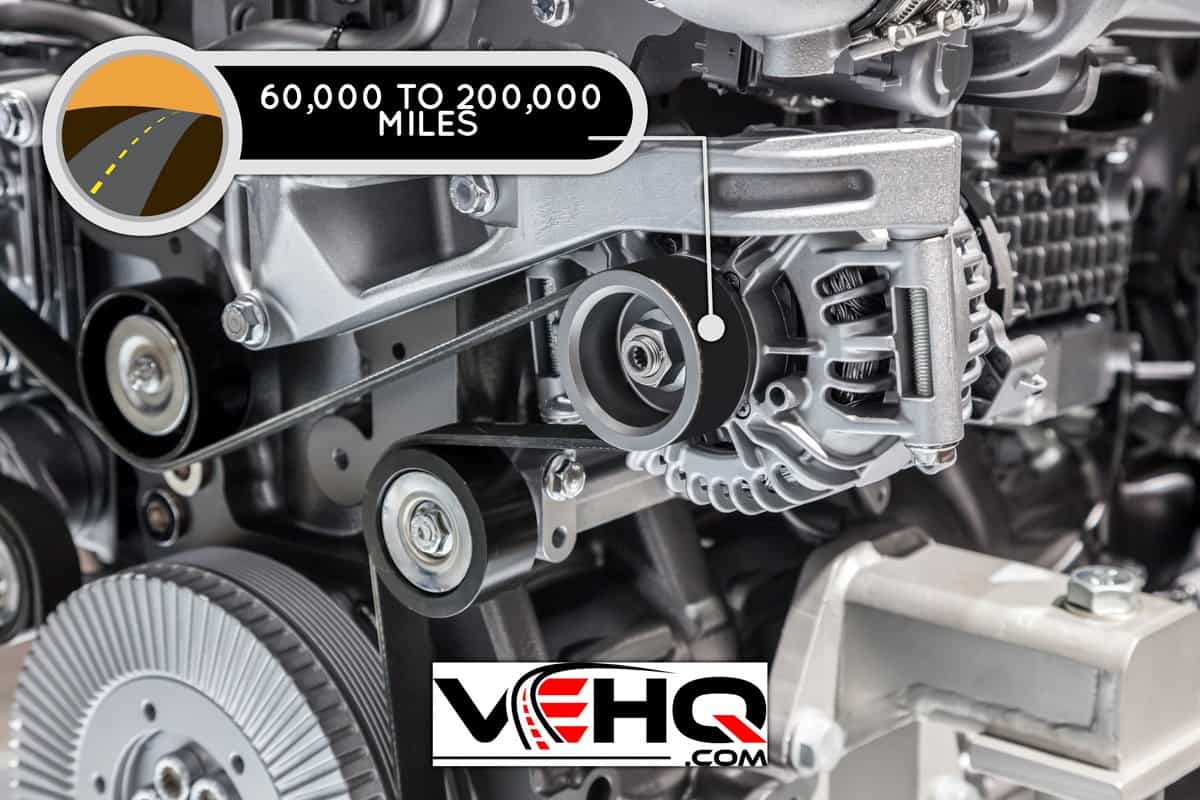 The Lifespan Of An Alternator 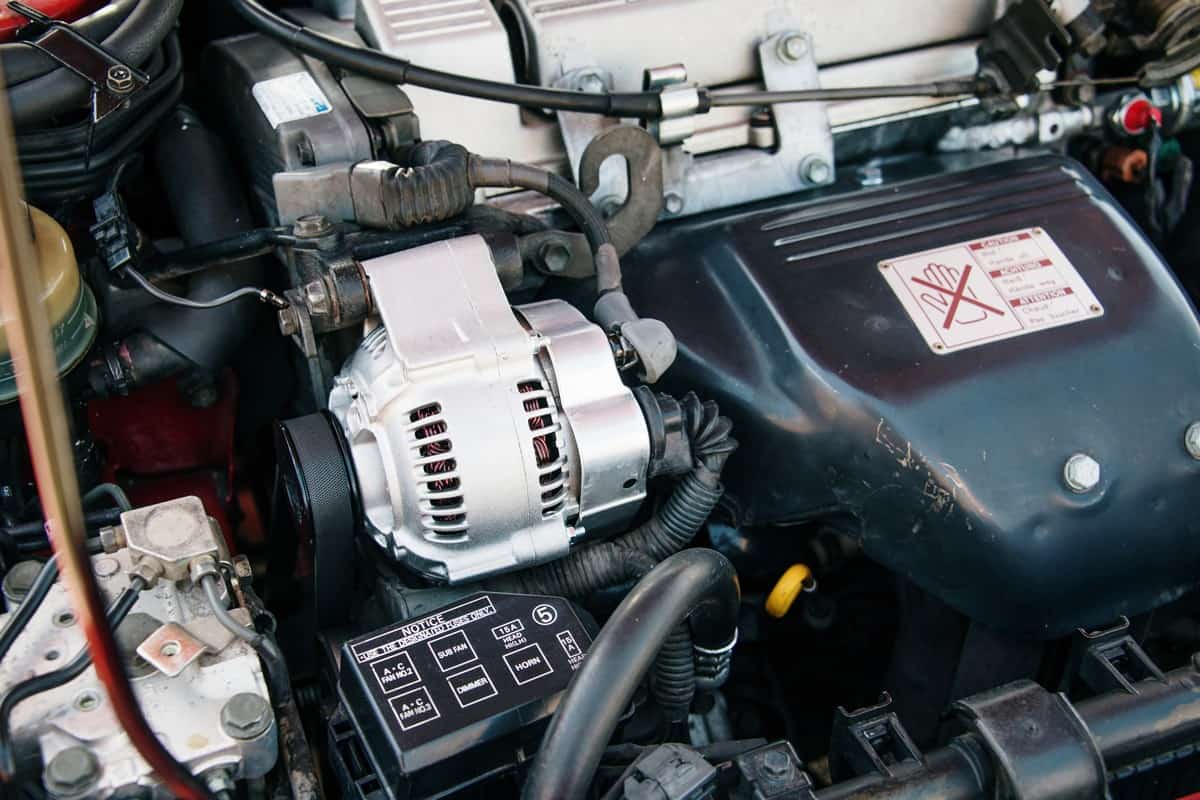 The alternator, like a car, has components of its own. There's the external case that protects the inside from many of the elements. And there's also the alternator pulley, stator, rotor, rectifier, and voltage regulator.

They all work together to ensure there's electricity in the car. Since alternators have a crucial role, it tends to be a component that fails less often. However, that's not to say it can't malfunction before any other components.

It's a rare case, but it can happen. You can expect your alternator to last about 80,000-150,000 miles. These miles amount to 6-10 years of use. Some will be unfortunate to have it last less than this, however.

In this event, there are a few reasons why your alternator did not last as long as expected. Before we get to that topic, let's go over some of the signs.

The Symptoms of A Failing Alternator

It can be tough to tell when the alternator begins to fail. You'll notice the symptoms once it's already due to malfunction. Some of the signs are:

If any of these apply to your situation, you might want to test your alternator. 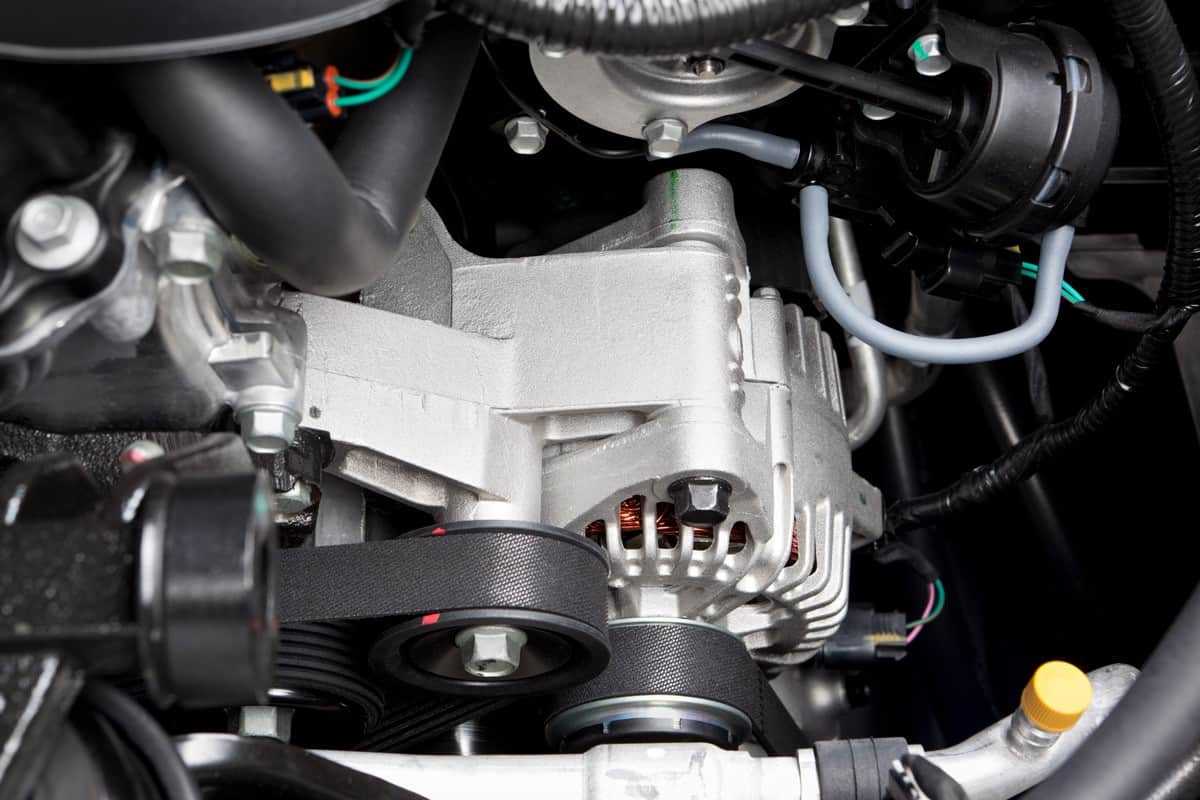 It's not often you find an alternator failing before any other component in a car. When it happens, it can be due to many reasons; perhaps one of the components is wearing out prematurely.

Otherwise, it could be operating as standard. But high energy demands from the battery and electrical system are overworking the alternator. As a result, it cuts the lifespan shorter.

That's not to mention the electrical connections. The current flow will be interrupted if the connections corrode or break. Sometimes it's the voltage regulator failing.

Regulator issues could lead to the overproduction or underproduction of electrical energy. Sections of the rotor could also corrode or fail. In some cases, it's not an electrical problem.

An overtightened belt can cause the bearings to fail. This situation causes the whining/grinding sound in the alternator. It will start as annoying noise. And over time, moving parts will become misaligned. Ultimately, the alternator will fail because of this. 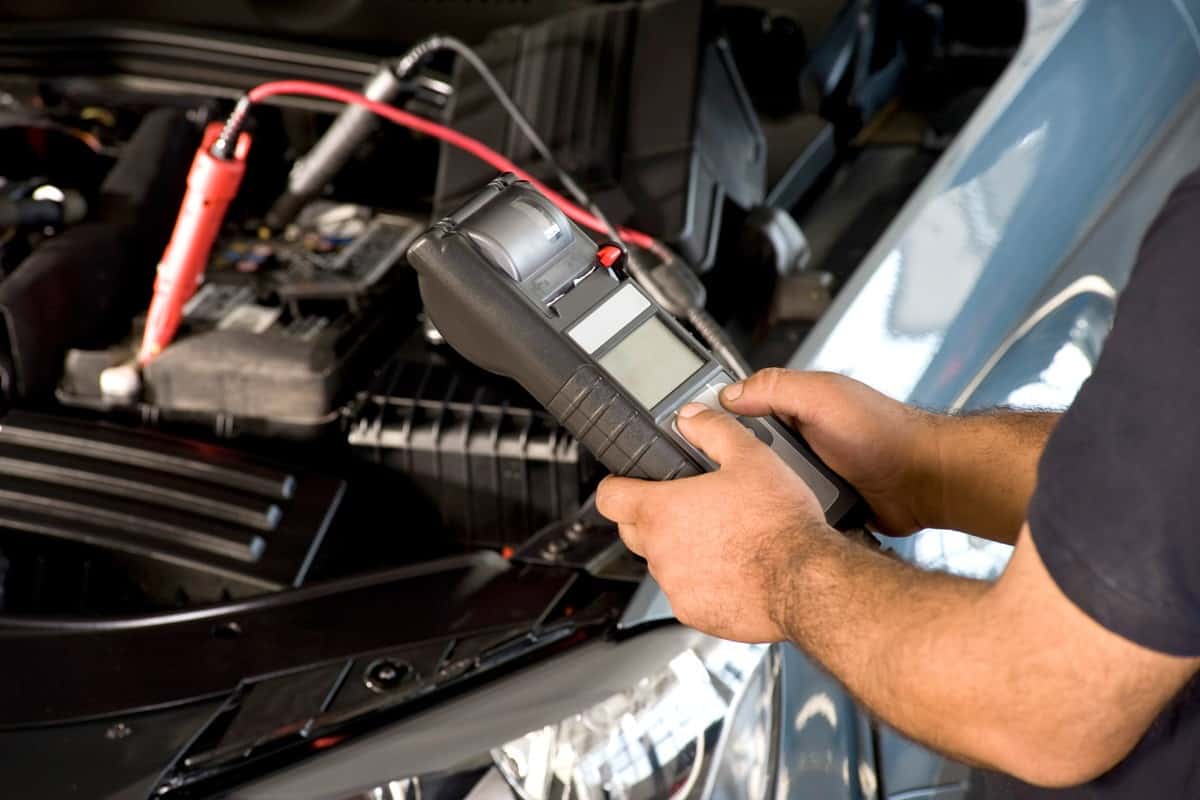 Set your multimeter to 20 volts. Connect the red cable to the positive lead and the black one to the negative lead. If your multimeter reads somewhere near 12.6 volts, it's a good sign.

Next, have someone start the car. The other person should look at the multimeter during this process. After starting the car, the multimeter reading will drop. But then, it will go back up.

You'll want to clean or repair connections that have corroded. If you need help identifying a corroded connection, here's a video demonstrating it: 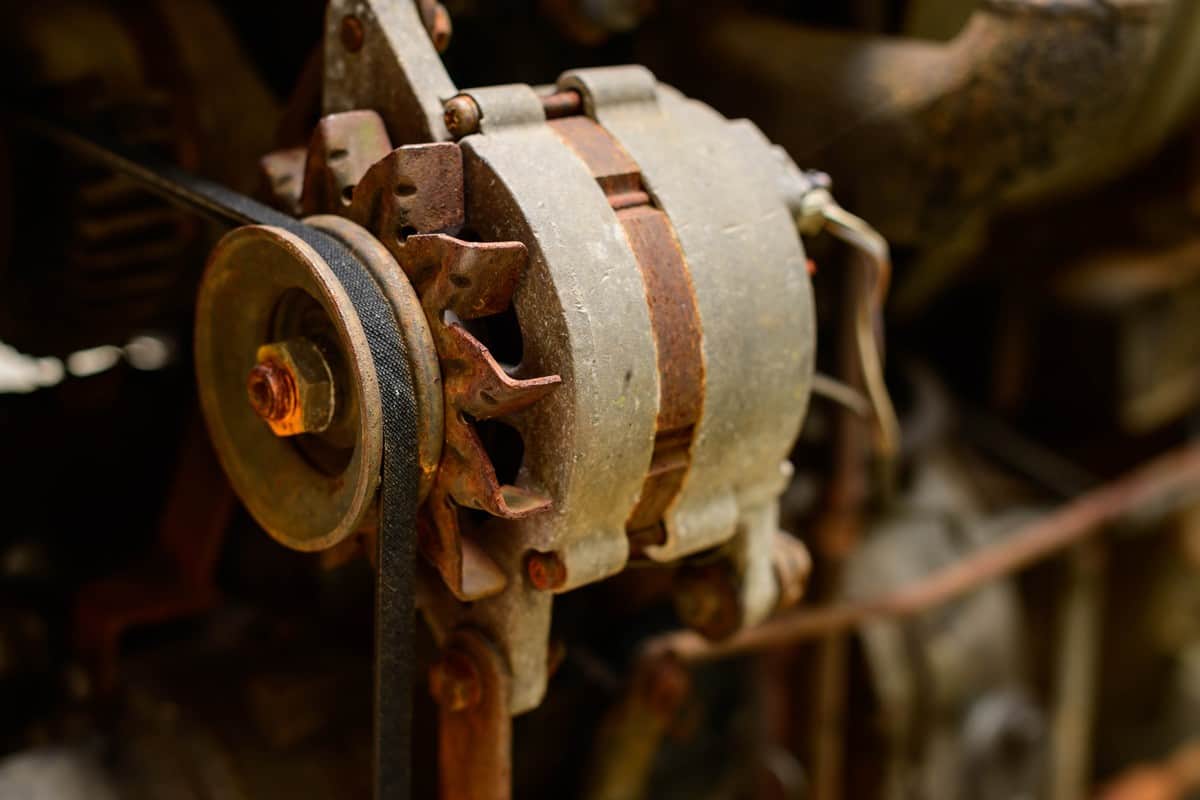 To check the belt, you can use a tool or inspect it by hand. Inspecting the belt by hand and eye is the best way to go about it.

Not many people will have the tool lying around. In any case, start by taking the belt off. If the grooves have cracks, it might be time to replace it.

Take a look at the edges of the belt. Fraying is a sign that it's wearing out. This indicates that you need a new one. Here's a video demonstrating worn-out serpentine belts: 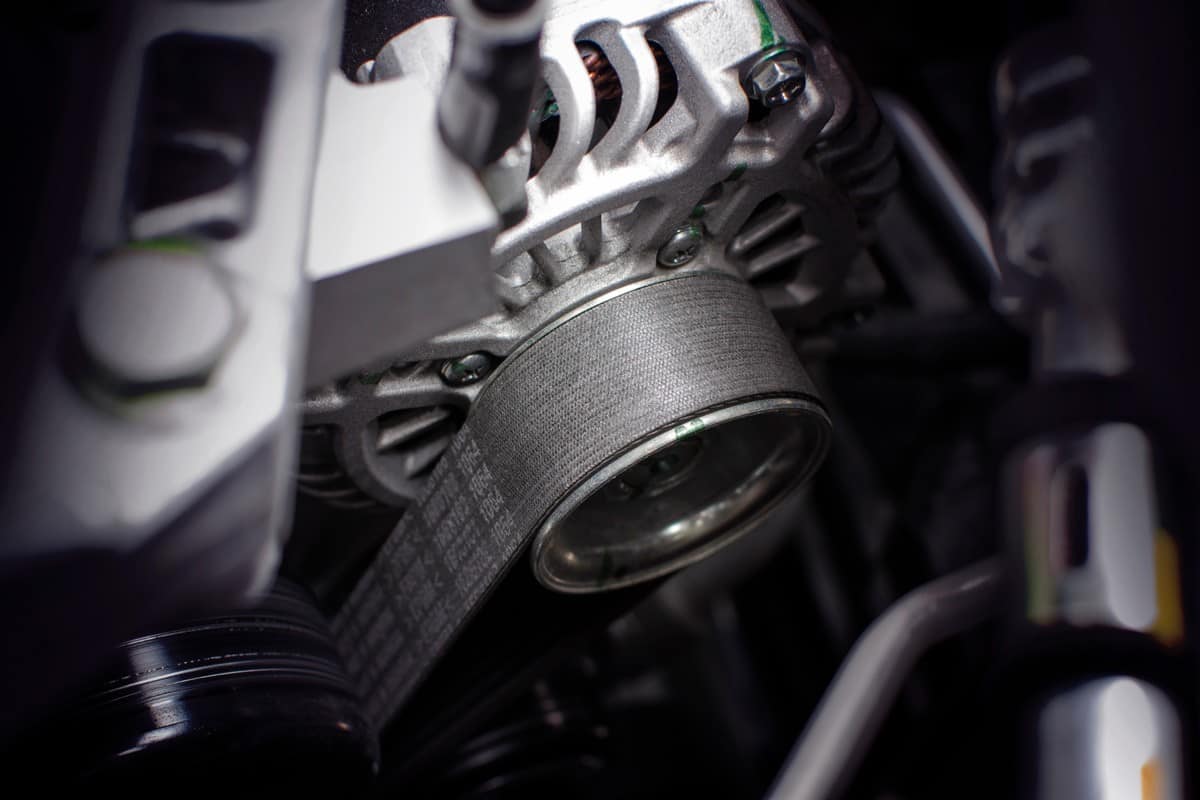 You can use a simple test to diagnose an alternator pulley problem. Take a screwdriver and try to lock the alternator. Then, try to twist the pulley in both directions.

It should move freely on one side. The other side will lock in place. If this applies to your situation, the pulley is in good condition.

However, if it locks on both sides, the pulley is not functioning as it should. You have two options in this case—replace the pulley or purchase a new alternator.

It all depends on how you need to remove the pulley. Sometimes it requires special tools for removal that you might not have available. Here's a video demonstration:

Once all of the parts above check out, you can test the alternator itself. The procedure is nearly the same as troubleshooting the battery. So, you'll need a multimeter to help.

Set the multimeter to 20 volts. If your multimeter doesn't have this setting, use a setting above 15 volts. Once again, connect the cables to the appropriate areas. You should get an initial reading of 12.6 volts, but it can be a bit lower or higher. Then, start the car.

The reading will jump up a bit. A reading of 14.2-14.7 volts is what we're looking for. Any reading above this range means the alternator is overcharging the battery. On the other hand, a reading below this indicates it's undercharging.

So, if your multimeter reads 13.2 volts, the alternator isn't giving a sufficient charge to the battery which means it will struggle to power any electronics inside.

If you're getting standard readings, it's time to test the alternator under a load. In other words, you'll want to turn on all the electronics in the car. Turn on the radio, overhead lights, fan, etc.

Turning everything on will make the reading drop a bit. However, it should never go below 12.7 volts. Afterward, turn all the electronics off. The reading will slowly drop to 12.6 volts.

Sometimes testing with the multimeter isn't enough. You'll also have to look at the connections. Over time, they will wear out. To fix this problem, you'll need to clean it up.

So, you might need sandpaper and WD-40 in this situation. Here's a YouTube video demonstrating all the connections you should check:

Can A Bad Alternator Destroy A New Battery?

It doesn't happen often, but people can diagnose the wrong problem. In other words, they could blame the car's battery instead of the alternator.

So, they would replace the battery with a new one. However, the car is still running with an alternator that's on its way out. You don't want to be in this situation.

A faulty alternator can potentially ruin the new battery. As a result, you would be spending more on another one and a new alternator. It's an easy mistake to make because these components work together.

For this reason, it's better to run diagnostics on all the areas that work with the alternator. This way, you don't replace the wrong component.

What Else Should Be Replaced When Replacing The Alternator?

Though, there are times when you might want to replace other components alongside the alternator. They don't typically last the lifetime of the vehicle. If a mechanic suggests replacing the serpentine belt, tensioners, and idle roller, you should do so.

They are components you'll usually check when attempting to diagnose a bad alternator.

What Is the Price Of An Alternator? 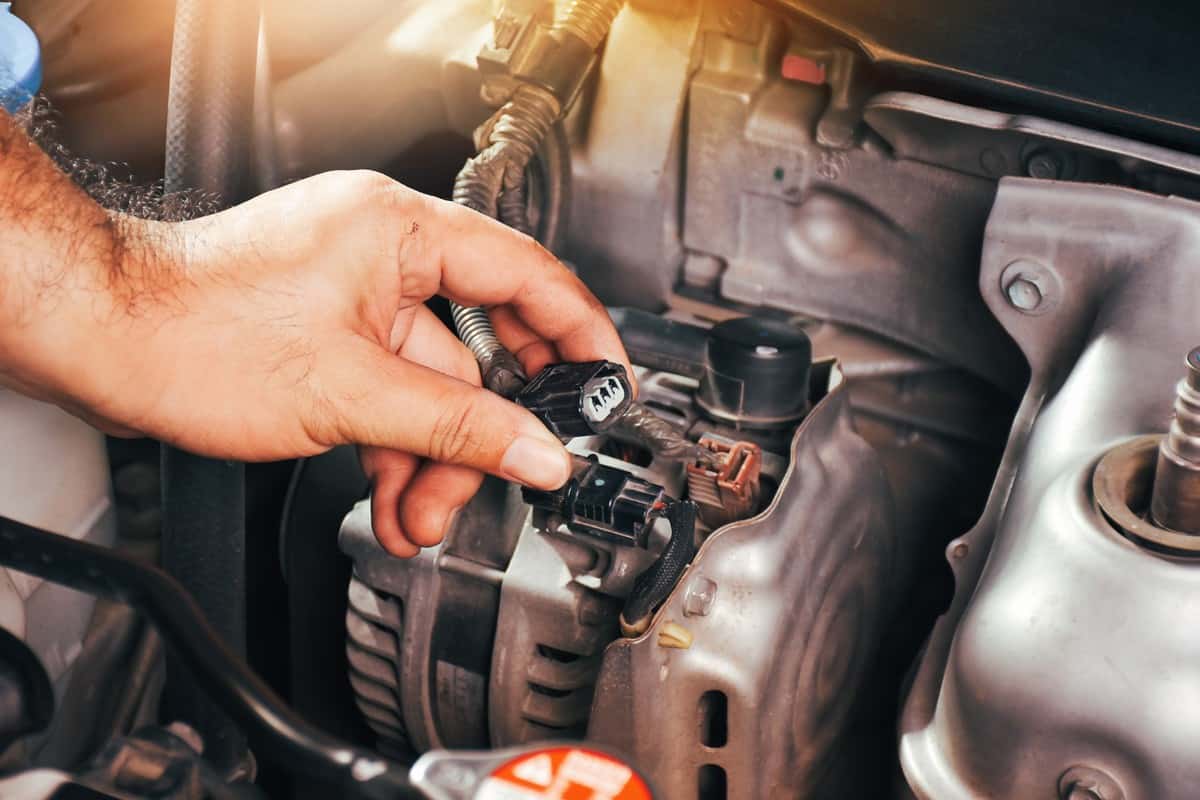 In the worst case, you might have to replace the alternator entirely. You'll need some luck in this situation. Alternators can cost as low as $180.

However, premium cars might need an alternator that could cost $1,000. On average, it would be $500 to replace one. It all depends on the type of vehicle.

Owning a car requires you to check on components routinely. It's not difficult to run tests yourself once things start going wrong. Hopefully, you don't run into trouble with your alternator. We hope you found this post informative.

Before you go, do you have other alternator concerns? If it's not starting after replacement, check out this post:

If you need to drive with a bad alternator, check out this post: