Diesel engines have earned a reputation for being tough mechanical workhorses that last a long time. But if you're considering purchasing a vehicle with a diesel engine, you likely want to know just how many miles you can expect to get out of this type of engine. We did the research to bring you the answer.

Diesel engines have been known to last for up to 1,500,000 miles, but the life expectancy of a diesel engine depends on how much it is driven and how it is driven. To get the most service from a diesel engine, it's vital to perform proper routine maintenance.

If you still have some questions about the longevity of diesel engines, don't worry. In this post, we'll discuss the topic at length. We'll also talk about how you can make your diesel engine last longer, what is considered high mileage for a diesel engine, and much more. Without further ado, let's get into it. 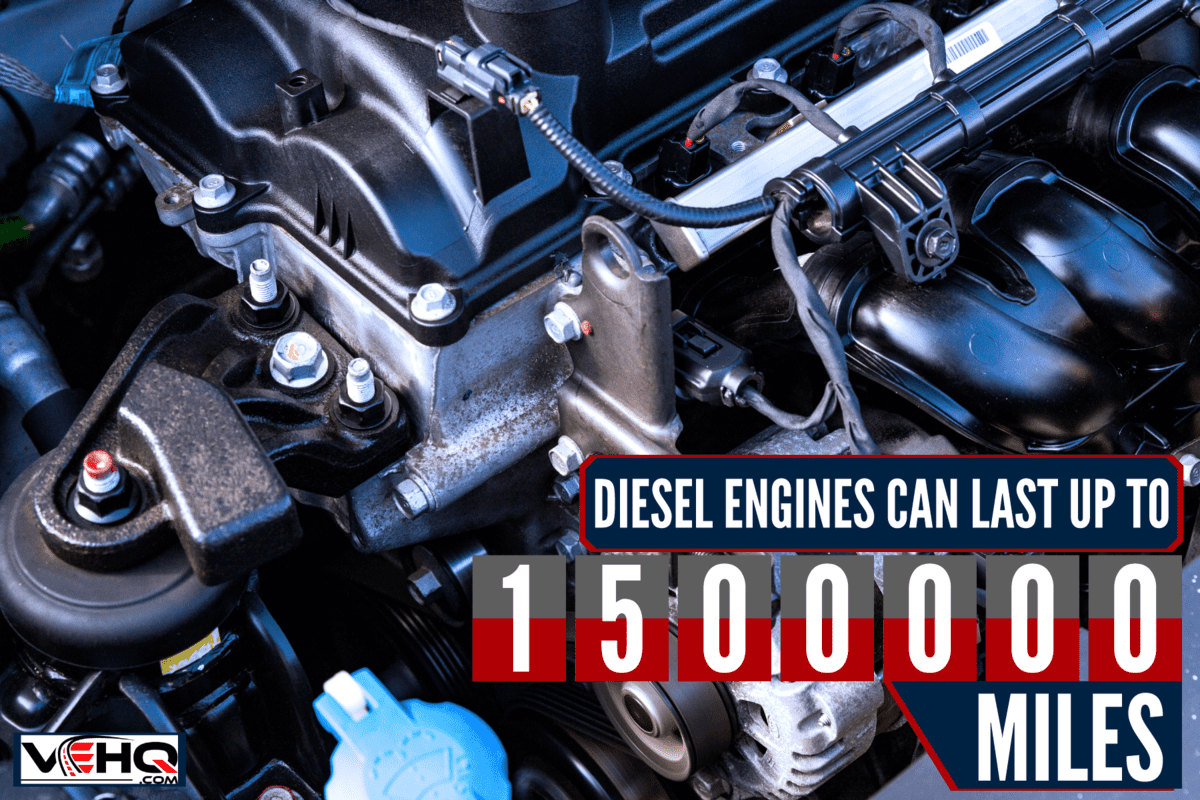 It's no mystery that diesel engines can last significantly longer than their gasoline counterparts. Most people wouldn't guess that a well-maintained diesel engine can go a whopping million miles or more, but this is in fact the case provided the engine is well cared for.

But with all that being said, it's important to note that this kind of extremely high mileage is more the exception rather than the rule and is only realistically attainable under certain circumstances.

The reality is that the lifespan of a diesel engine, just like with any other engine, will depend on how much it is driven, how it is driven, and how well it is maintained. The actual lifespan of a vehicle lies at the intersection of these three variables.

The truck in the video with 1,300,000 miles undoubtedly received meticulous and thorough maintenance throughout its life. Though the engine was certainly put to work, the work didn't outweigh the care the engine received.

If a diesel engine is worked hard and doesn't receive proper care, it might only last a few hundred thousand miles or less.

How Can I Make My Diesel Last Longer?

So, what does taking good care of a diesel engine entail? Below are some routine maintenance tips that, if followed, will make your diesel engine last as long as possible:

There are recommended intervals for these maintenance items across the internet, but the reality is that these intervals can vary widely depending on the vehicle, how frequently it's driven, and how it's driven.

So, the best course of action is to consult with your vehicle's manufacturer for specific intervals associated with these routine maintenance items. If you closely adhere to the manufacturer's maintenance schedule, your diesel engine will certainly provide decades of faithful service.

What Is Considered High Mileage For A Diesel Engine?

Everyone has a different subjective standard regarding what constitutes "high mileage" on an engine; when it comes to purchasing a used vehicle, consumers have varying tolerances for the number displayed on the odometer.

However, from an objective standpoint, approximately 350,000 miles is often considered "high mileage" for a diesel engine. But wait—that's only a fraction of the mileage a diesel engine is able to potentially go. What gives?

The likely explanation for this figure being widely accepted as "high mileage" is that 350,000 is still a significant number of miles on an engine. And when buying a used vehicle, how well the engine has been maintained isn't always evident.

In other words, 350,000 miles on a poorly maintained diesel engine that has been worked hard its whole life is certainly considered significant. Since a detailed maintenance history on a used vehicle isn't always available, consumers are right to be wary of used diesel vehicles that have that many miles.

How Long Does A Turbo Last On A Diesel Engine? 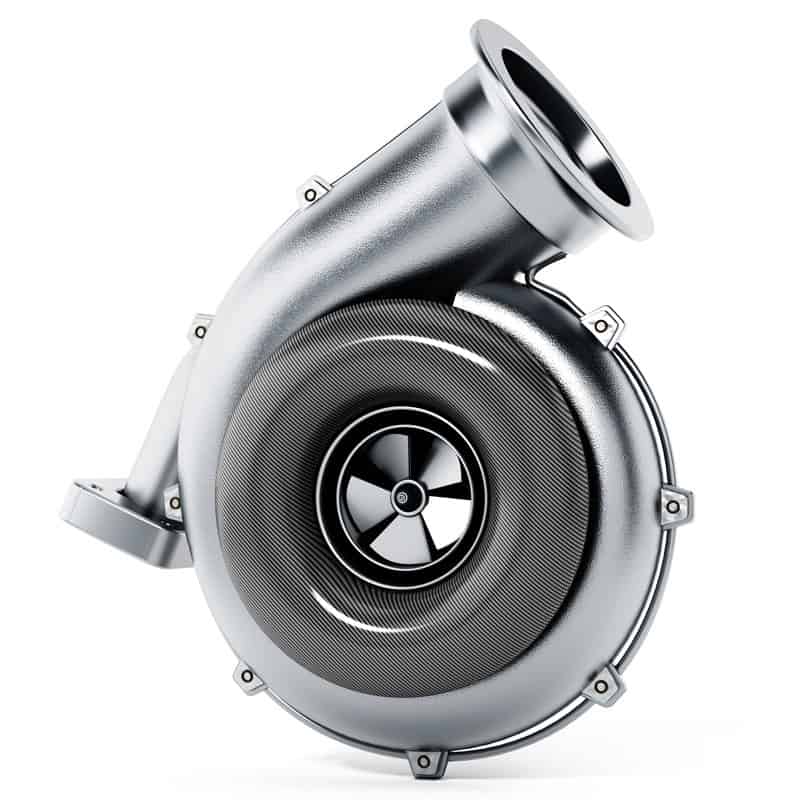 Provided your diesel engine is well cared for, you can expect the turbo to last approximately 250,000 miles.

How Do I Know If My Diesel Turbo Is Blown?

If you suspect that your turbo has failed, there are a few indicators that will help you diagnose it: 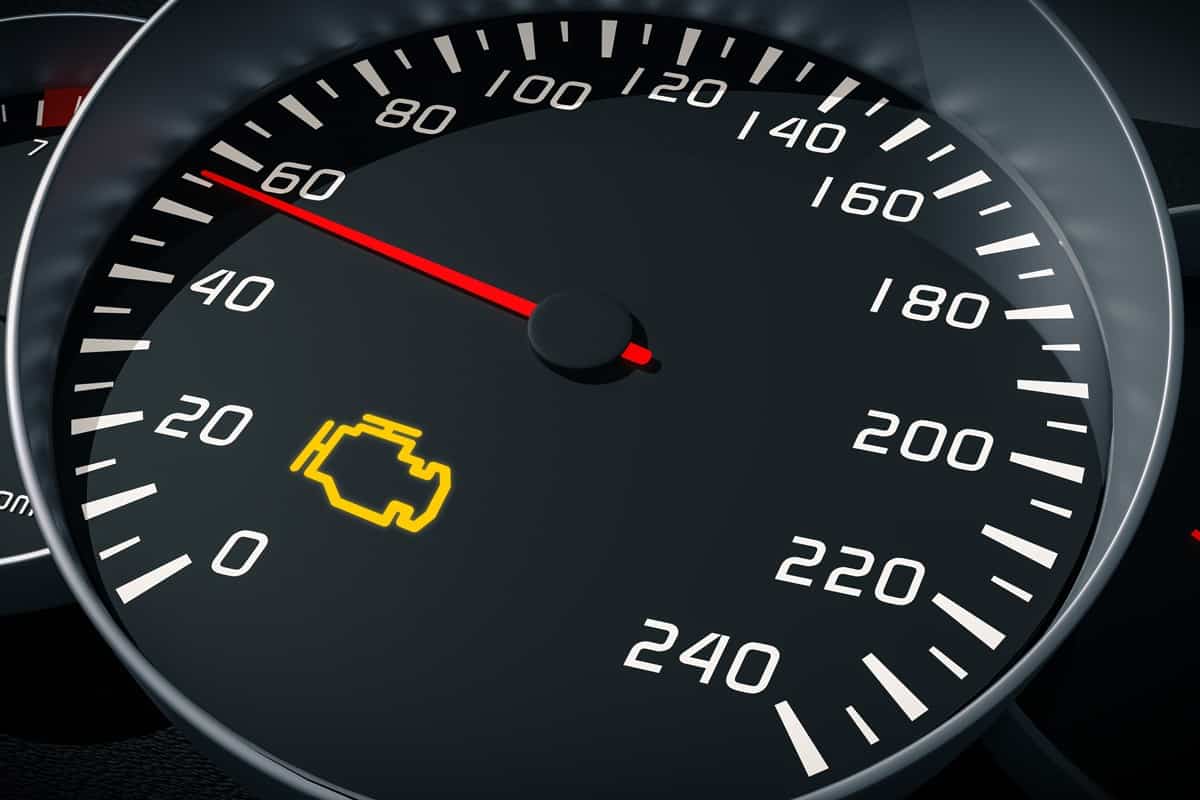 As with most engine-related issues, the check engine light could illuminate should the turbo fail.

Whine Coming From The Engine

Turbo diesel engines are known for their whistling sound (which is the sound a healthy turbo should make), be on the lookout for any abnormal whine coming from under the hood. This could indicate that the turbo is bad.

Since the turbo is largely responsible for a diesel engine's power output, there will be a noticeable loss of power if the turbo goes bad.

Oil Leaking From The Turbo

Oil leaking from the turbo itself could also indicate that this component is bad.

Do Diesel Engines Need To Warm Up?

In addition, if it's particularly cold outside, you should give your diesel engine a bit longer to warm up. But generally speaking, if the vehicle is somewhat modern and the ambient temperature isn't extreme, letting the engine idle for more than a minute or so isn't necessary.

Should Diesels Be Driven Hard?

Something else you've likely heard is that diesel vehicles should be driven hard on occasion, and this is true.

The best way to ensure that your diesel engine gets hot enough to burn off these deposits is to find a place where you can drive uphill for several minutes. This will allow the engine RPM to increase enough to get the engine hot without exceeding the speed limit.

If that's not possible, simply take your diesel vehicle on a long highway drive, and get the RPM as high as possible without exceeding the speed limit.

What Are The Benefits Of A Diesel Engine?

Diesel engines offer some compelling benefits such as: 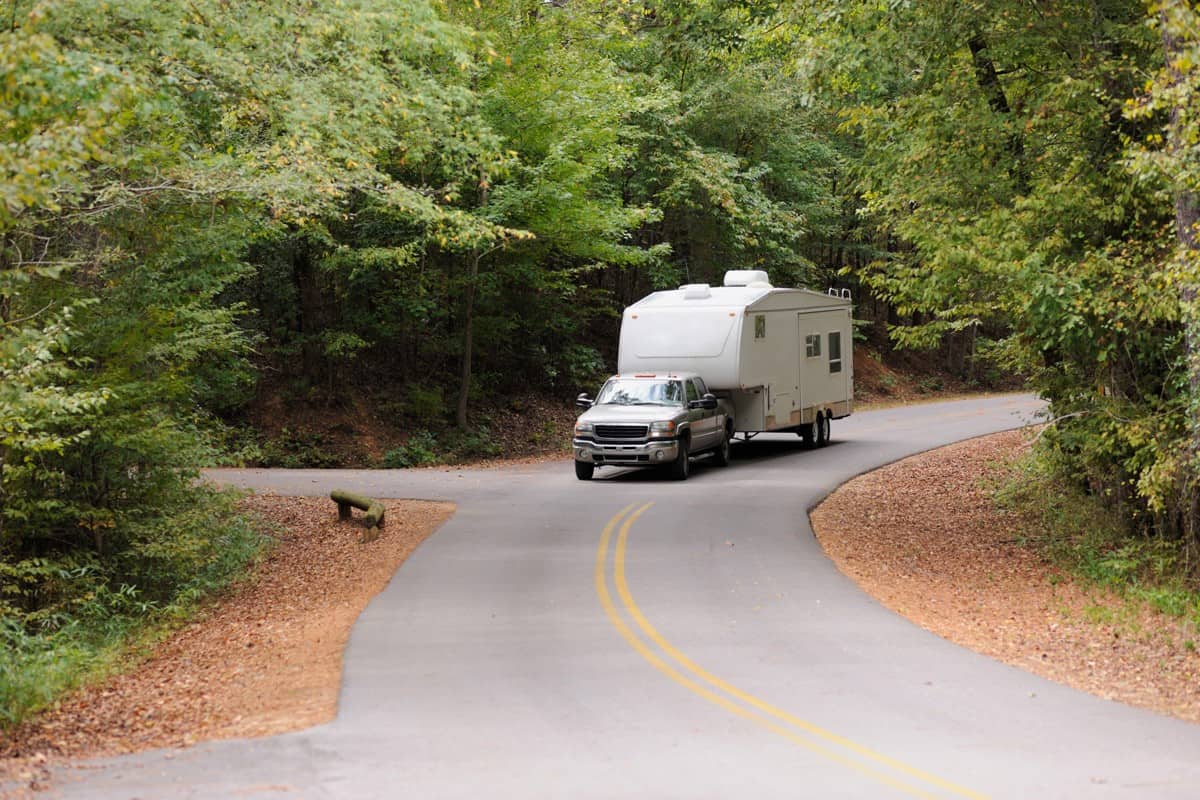 The biggest selling point of diesel vehicles is their superior towing/hauling capability. Diesel engines create more torque than their gasoline counterparts, and overall, they are much better suited for towing/hauling heavy loads.

You might be surprised to learn that diesel vehicles are known for being relatively fuel efficient. However, this benefit is somewhat rendered moot by the higher fuel cost (keep reading for more on that).

As mentioned, diesel vehicles are known to stand the test of time. If you want to buy a vehicle and drive it until it totally quits, then a diesel is the best choice. If cared for, a diesel engine will last for decades and possibly 1,000,000 miles or more.

What Are The Disadvantages Of A Diesel Engine?

If you're considering purchasing a diesel vehicle, there are several disadvantages you should be aware of. Some of the most notable drawbacks include:

Diesel vehicles are more expensive than gasoline vehicles. However, given the increased lifespan of diesel vehicles, it's fair to say that you get what you pay for. 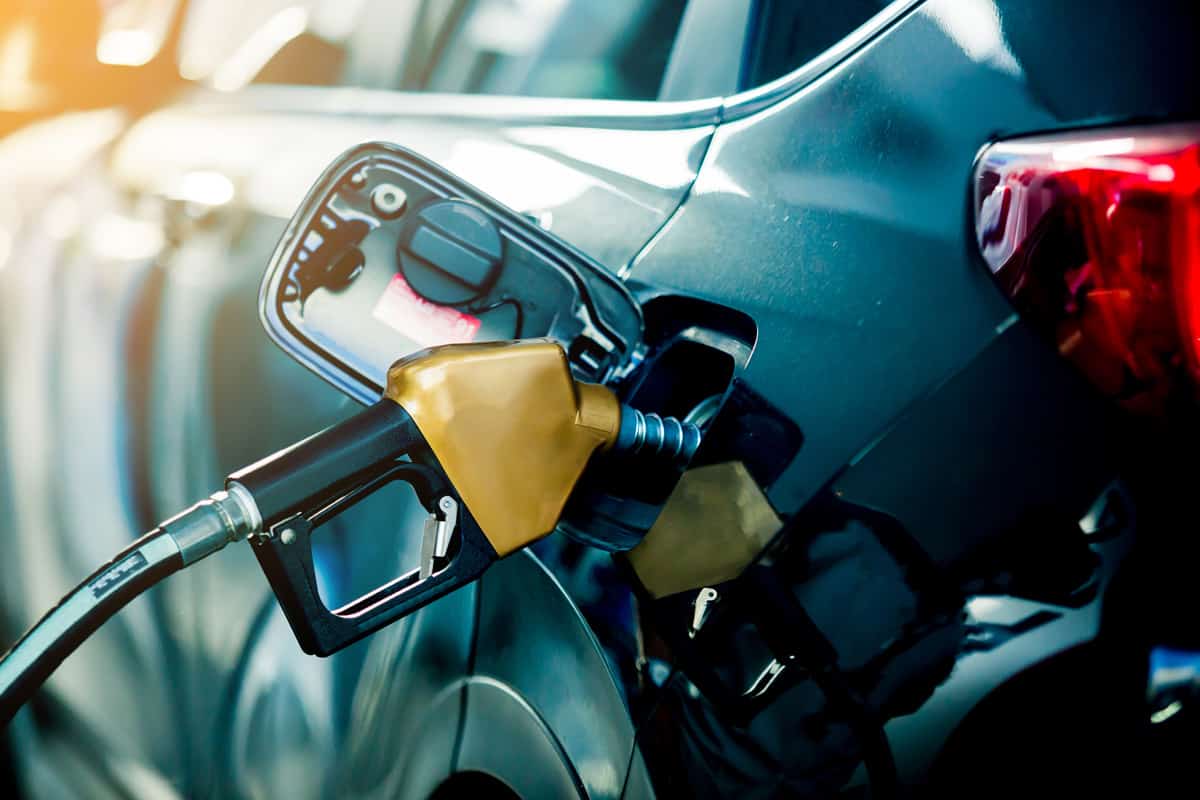 As mentioned, diesel can be significantly more expensive than gasoline. Though diesel engines can be on par with or equal to gasoline engines in terms of fuel efficiency, the difference in fuel cost essentially makes this point a wash.

As we've discussed, diesel vehicles are generally more temperamental than gasoline vehicles. Allowing the engine to warm up and having to drive it hard from time to time are just two examples of how diesel engines require consumers to be a little bit more deliberate in how they operate the vehicle. 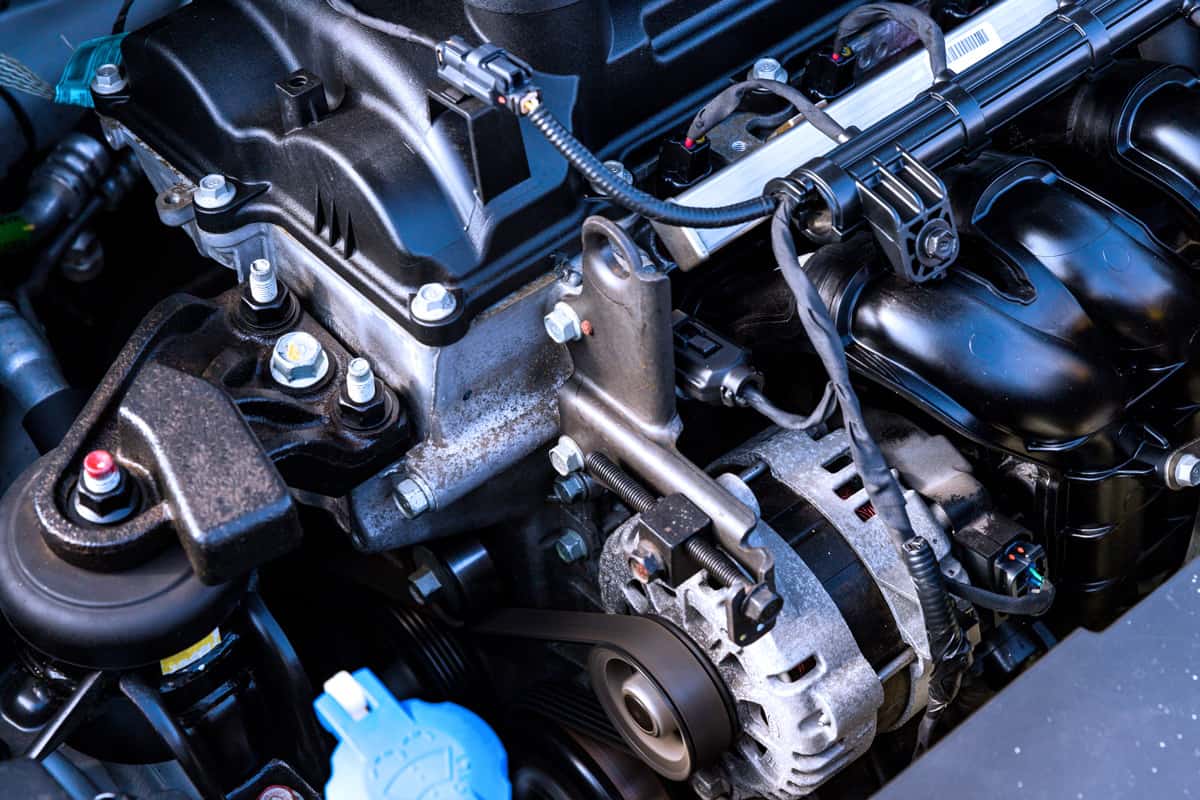 We hope this guide has helped you better understand the mileage you can expect from a diesel engine. With proper maintenance, there's no reason that a good diesel engine won't last a million miles or more.

Before you go, be sure to check out these other posts:

Can You Supercharge A Diesel Engine?

What Is The Life Expectancy Of A Ford 6.0 Diesel Engine?