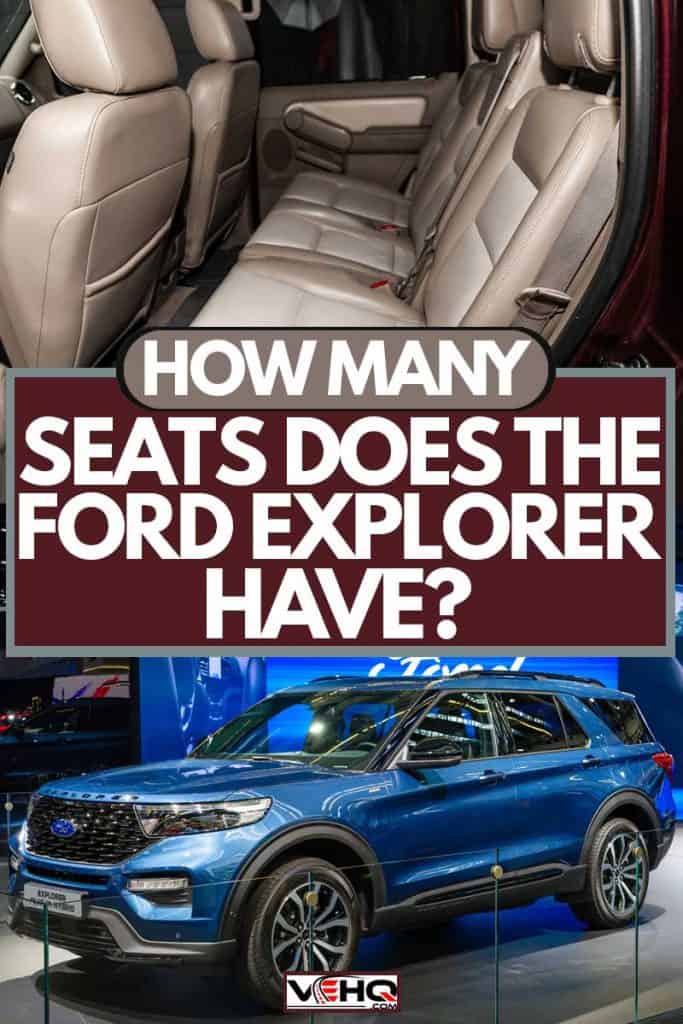 The Ford Explorer has become a popular SUV choice among drivers. This status comes from the comfort and space it can provide as well as its design. It often leads people to ask how many passengers can this vehicle comfortably seat? We did thorough research on this topic and found a reliable answer.

2020 Ford Explorers are three-row SUVs made to carry two passengers in each row. In other words, you can comfortably seat six people inside these vehicles. You can upgrade this seating capacity to seven with a second-row bench seat addition.

But knowing how many seats these vehicles have isn't enough to decide on buying one. You also have to understand what the seating configuration looks like. We'll dive into this topic in our next section and figure out whether an Explorer fits your needs.

It's essential to understand what each row of seating offers a potential buyer. This section will dive into each row and ensure you know what you're getting with a 2020 Ford Explorer. It'll provide a better handle on what makes these vehicles such a commodity among drivers.

The perfect place to start when discussing an Explorer's cloth seating would be its front row. These seats are known to be incredibly comfortable and spacious. It features a 10-way power-adjustable driver's seat and a four-way adjustable front passenger's seat.

As you can imagine, this helps people sitting in this row adjust their seats based on their preferences. This aspect makes it easier to ensure a nice relaxing trip. Most drivers end up swearing by them, and passengers are always fighting to ride in the front passenger seat.

2020 Ford Explorer's second row of seating isn't anything to sneeze at, either. This row consists of two captain chairs, which offer a high level of comfort. People sitting in these seats should have plenty of room to stretch their legs without kicking the front seats.

These captain chairs feature a power-assist fold feature to make transporting large items easier. A person moving a grill or canoe from one place to another could utilize this feature and create a bit more room. It's just another way the Ford Explorer makes traveling a much more manageable experience.

The third row of seating wasn't always a standard feature in previous Explorer models. But the 2020 version does offer third-row seating, which features a two-person 50/50 split-bench seat. It should easily fit two adults without issue.

Some taller passengers might find its low seats and unsupportive cushions a little uncomfortable. It might be a smart idea to save this row of seating for the kids.

You also have a few upgrades to choose from when looking at buying a 2020 Explorer. The following upgrades are available for anyone looking to customize their new SUV:

Does the 2019 Ford Explorer Have 3rd-row Seating?

But the 2019 Ford Explorer does have some differences from 2020 models, which are worth noting. For instance, these models come with a second-row bench seat instead of the captain's chairs. This increases the Explorer's seat capacity from six to seven people.

2019 Ford Explorers also have an eight-way power-adjustable driver's seat rather than a 10-way. This sacrifices a bit of control and makes your comfort a lot less adjustable. You can get both the captain's chairs and 10-way power-adjustable front seats as upgrades: but these two features aren't the standard.

Does the 2018 Ford Explorer Have 3rd-row Seating?

This combo of second and third-row seating makes it a seven-passenger vehicle rather than six. You can reduce this number to six with captain chairs in the second row. However, these chairs are available as upgrades instead of being the standard.

Which Ford Explorers have a 3rd-row?

In the early 2000s, Ford decided to redesign the Explorer by putting a lot more focus on increasing cargo room, passenger capacity, and overall size. The Explorer's design was based mainly on the Ford Ranger before this redesign. It resulted in every Ford Explorer model from 2002 to the present, at least offers third-row seating as an option.

What Are Some Other SUVs with 3rd-row seating?

If you're aren't impressed by the Ford Explorer, other SUVs offer third-row seating. The following five SUVs happen to be some of our favorite SUVs with this feature: 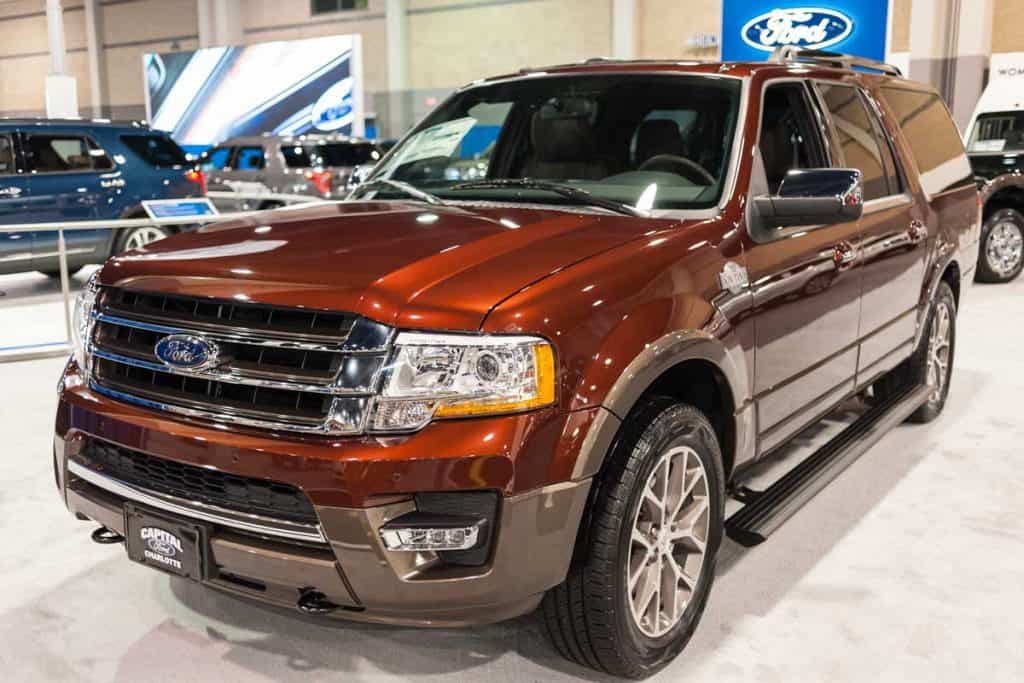 Ford doesn't disappoint with its other three-row SUV, either. The Ford Expedition is a marvelous vehicle capable of seating more than the previously covered Explorer with its eight-person capacity. It also comes in an Expedition Max variation that provides usable cargo space when all its seats are occupied.

The Kia Telluride is a three-row SUV capable of seating eight. Its third row is easily accessed thanks to the power-folding-and-sliding second row. But taller individuals might have some issues fitting in these seats comfortably. It would be a better row of seating for smaller adults or children. 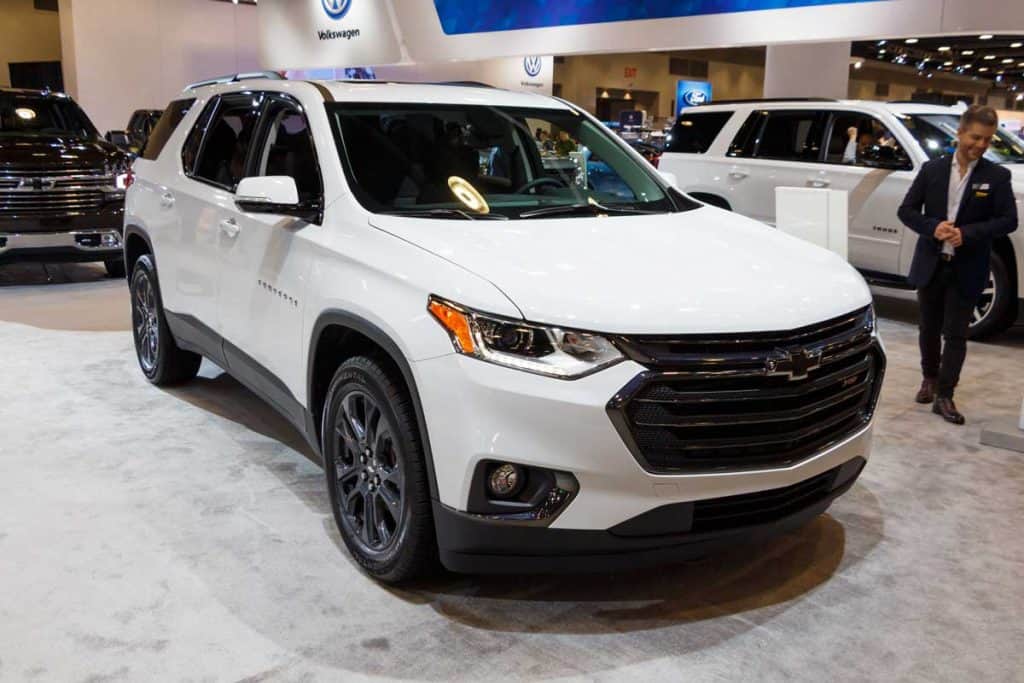 Chevrolet's Traverse happens to be among the largest midsize SUVs on the market. This aspect makes it's interior more spacious and provides more maneuverability for people inside it. It's one of the few models with a third row of seating usable for adults. 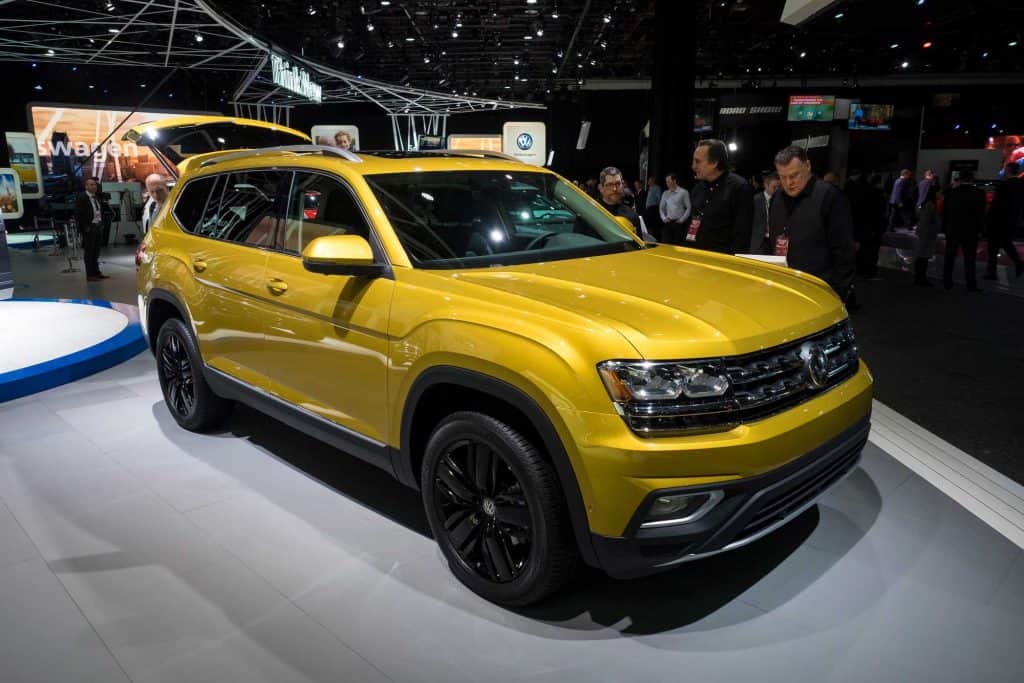 Another SUV with a very usable third row is the Volkswagen Atlas. Adults should easily squeeze into these seats and have a relaxing trip inside this vehicle. This SUV usually is capable of seating seven. But drivers who prioritize comfort can upgrade to captain chairs in the second row and lessen the seating capacity to six. 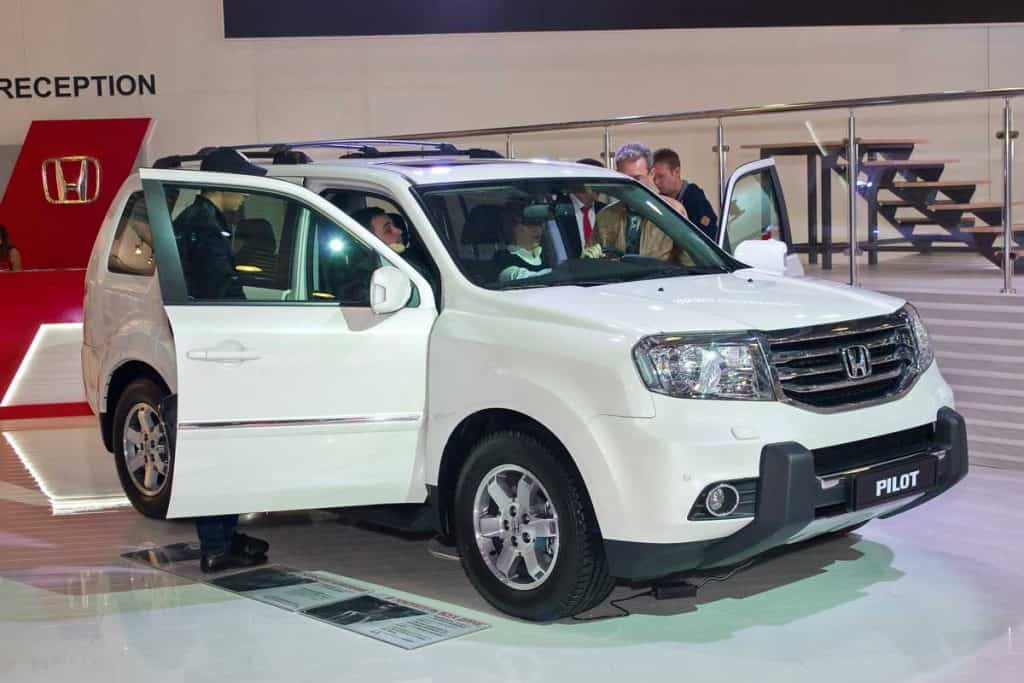 The Honda Pilot is a perfect option for anyone looking to buy a vehicle with eight seats. Even with this number of seating areas, the Pilot still offers a generous amount of interior space. It comes with various storage cubbies, too, which make one of the more family-friendly three-row SUVs available.

We hope our look into the Ford Explorer's seating provided some insight about whether its the right fit. If you still have more questions about this vehicle or the others, please let us know in our comment section. We'd love to help your search for a new car in any way possible.