Nissan's NV cargo van comes with so many features that make life on the job easier. But for all its bells and whistles like storage, lighting, and tech, we were wondering how it handles towing. It isn't easy to find clear information on the towing capacities for each of the specs on the NV, so we did some research. Because of that, we have every detail on the towing capacity of the Nissan NV here in this post.

That is the surface-level information on the Nissan NV's towing capacity. Please continue reading for more details on towing with the NV and what factors affect the overall capacity. We will also discuss how the NV compares to competitors in the van category like the Ford Transit and Chevy Express. 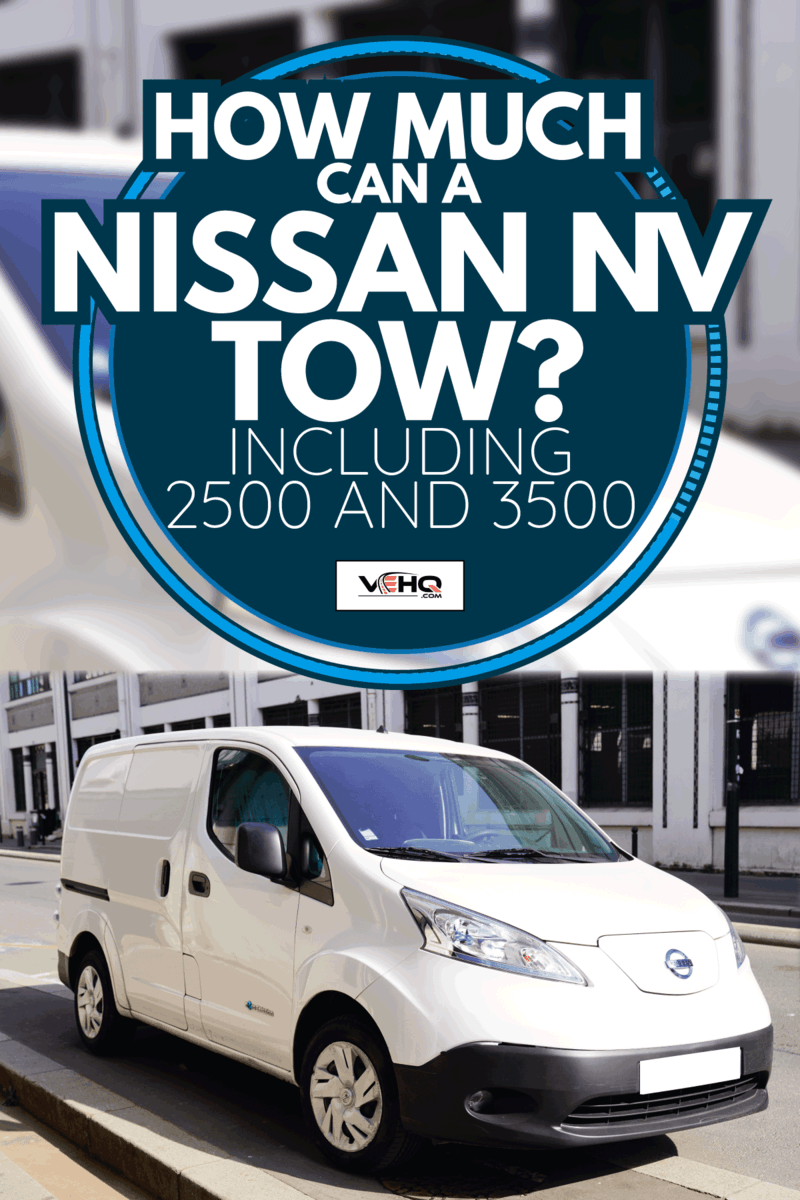 Towing Capacity on the Nissan NV

The Nissan NV, or Nissan Van, has been in production in North America since 2011. In that time, it has made itself a staple in the industry and has shown up on worksites across the continent. In addition to all the NV's features that make the job easier, the NV also has an excellent towing capacity. 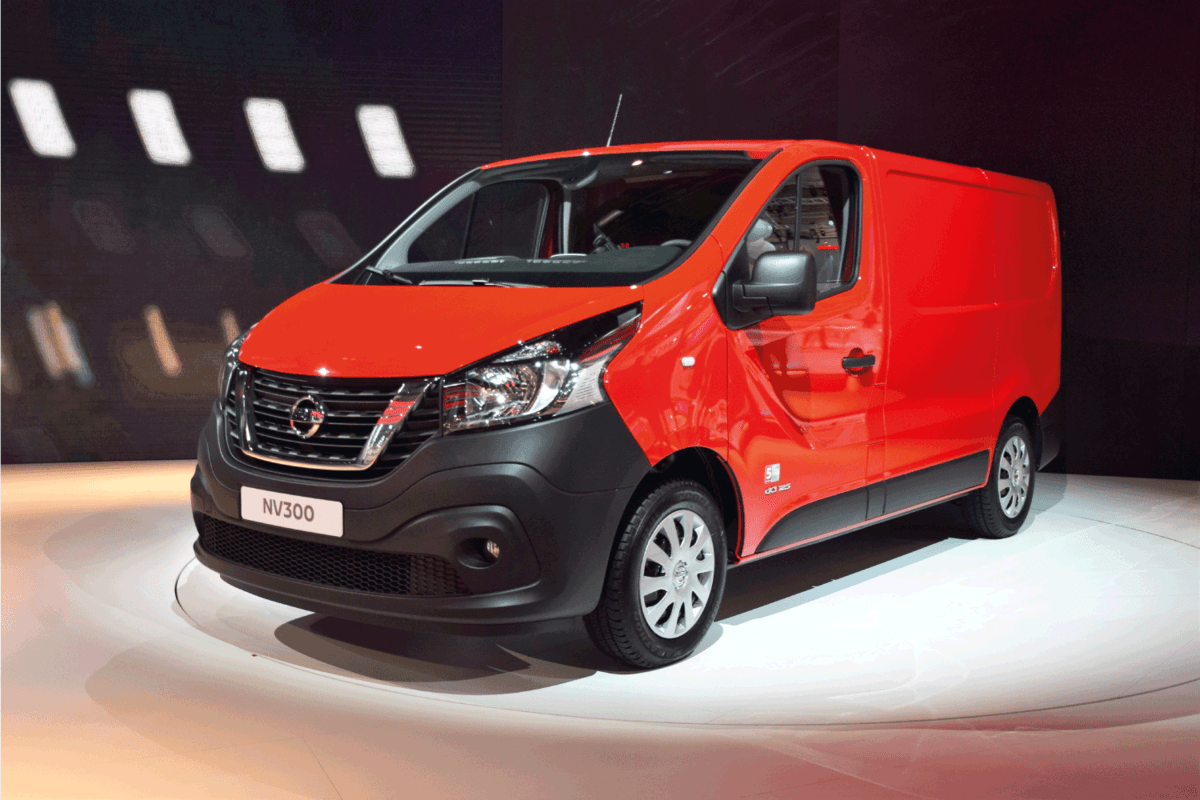 The NV performance page also details that you choose between the 5-speed and 7-speed transmission to get better towing performance. The same with the choice between the V6 and V8 engines. But, we found that the V8 is the obvious choice in this area. If towing isn't your primary concern, this engine choice can be more important for payload capacity.

What Can the Nissan NV Tow?

To put that 9400 lbs of towing capacity on the Nissan NV into perspective, let's look at a few examples of what it could potentially pull. You won't be able to tow huge trailers with piping or large building materials, but the NV will get many jobs done. For example, you could easily tow a fully loaded small-size utility trailer; every worksite needs one or a car trailer. With the NV's towing capacity, you could tow even tow a small horse trailer.

It is important to pay attention to the towing capacity and the payload capacity when loading and towing with any vehicle. Ignoring these numbers can be dangerous for yourself and the vehicle.

What's the Payload Capacity of the Nissan NV?

The fact that the Nissan NV can tow a respectable amount of weight is incredibly useful in daily work life. But being a cargo van, the NV wouldn't be any good if you couldn't carry a lot of cargo on the inside. Thankfully, the NV does have the ability to carry weight with an impressive payload capacity.

The payload capacity on the Nissan NV depends on the trim, roof type, and engine choice. It varies a lot more per trim versus the towing capacity. Here are the payload capacities for each NV combination:

What is Payload Capacity?

The Transit only comes in various V6 engine specs but can upgrade to an all-wheel drive. This could be a benefit, depending on your working conditions. It's also worth noting that the Transit's maximum payload capacity ranges between 3140 and 5110 lbs.

Another strong player among cargo vans is the Mercedes-Benz Sprinter. The Sprinter cargo van has many variations, but the towing capacity is between 5000 and 7500 lbs. This measurement is a solid towing capability, but it doesn't match up to the NV.

There are seemingly infinite options on the Sprinter van, like V4 or V8 engines, and numerous size choices. The payload capacity ranges from 3726 to 6195 lbs.

The final competitor that we will compare to the Nissan NV in this post is the Chevy Express van. On the regular V6 version of the Express, the maximum conventional trailering (towing capacity) is 7400 lbs. That measurement is 10000 lbs for the V8 and 7000 lbs for the diesel. The highest maximum towing capacity you can find on the Express is that 10000 lbs.

The Express is available in a V6 gasoline engine, a V8 gasoline engine, or a four-cylinder diesel engine. As for payload on the Express, the capacity measures between 3280 and 5533 lbs. The Chevy Express is the only model that beats the Nissan NV in towing and payload capacity.

Is the Nissan NV Discontinued?

Although the Nissan NV has been in continuous production since 2011, it won't be for much longer. Nissan has decided to discontinue the NV line to focus on other areas of their business. So if you do want to get a Nissan NV, you'll have to get one this year before the production ends. After that, a used model will be the only way to go.

Should You Buy a Used Nissan NV?

Since the Nissan NV is a work vehicle at its core, there is a chance a used version may have been driven hard or constantly pushed to its limits. But if the vehicle has a clear history that is accident-free and has been maintained well, you shouldn't have any problems. Nissan makes quality vehicles that can last for years and miles if cared for properly.

All of the large cargo vans on the market are comparable in towing capacity, but the Nissan NV is second only to the Chevy Express. The Nissan NV won't be around for long, so pick one up while you can.

If you want to use your new NV for towing, make sure you get one of the V8 versions of the NV 2500 HD SV, NV 3500 HD SV, and the NV 3500 HD SL. Those specific trims are the only ones compatible with the towing package.

How Much Weight Can A Ford Transit Carry?

How Much Can A Chevy Express Van Tow?