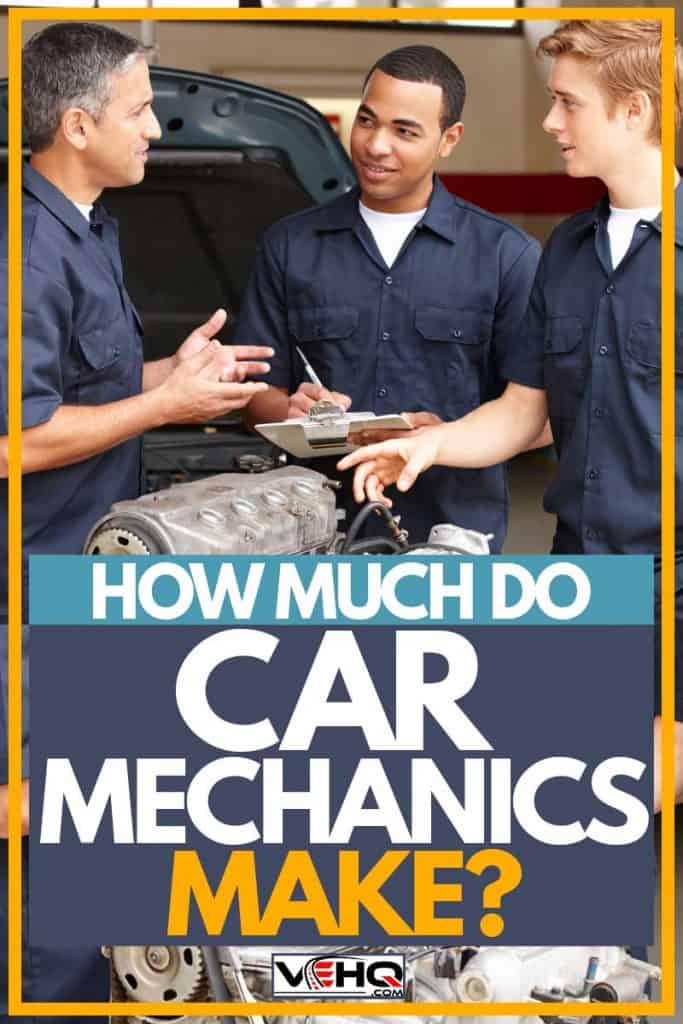 How Much Do Mechanics Make at a Dealership?

A person who intends to work as a dealership mechanic can expect an average annual pay of about $44,280 in the United States. We should also note that experienced dealership mechanics will receive a commission out of the labor cost charged to the client.

As a result, the weekly earnings of a dealership mechanic will ultimately depend on how much work is completed. This aspect is different than most other jobs that pay on an hourly basis. It provides a bit more control over your earnings, which could be positive or negative for certain people.

How Much Do Master Mechanics Make?

Employees willing to work a little harder and get certified as an automotive master mechanic can expect a nice bump in pay. These mechanics make an average annual salary of $55,262 per year in the United States.

Some will see their salaries rise as high as $94,500. Others won't find themselves in the best situations and bottom out at $28,500. In most cases, you can expect a master car mechanic's salary to range between $42,000 and $62,000. It's not a bad chunk of change for a person working on cars all day.

Brakes not working? Here are ways on what to do about it.

Car mechanics are capable of making six figures. It's just not too common and requires some exceptional circumstances. For instance, a mechanic who owns their own business could see their annual salary rise into the $100,000 range.

Mechanics with special skills can also see their salaries rise this high. A good example would be car mechanics capable of working on high-end imported cars. It's a more focused specialty for work on vehicles with a much higher price tag.

High-end import car dealerships would then be more willing to pay a higher figure for this type of mechanic.

What is the Future Outlook for Auto Mechanics? 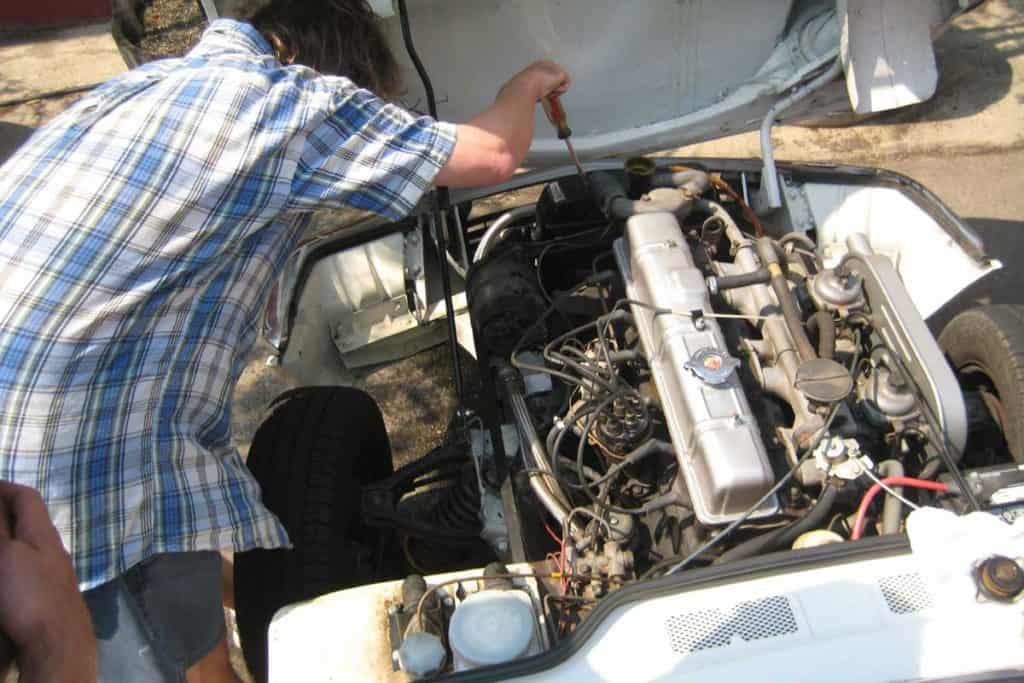 The employment of auto mechanics is projected to remain steady for the next decade. You can attribute this steadiness to the constant increase of new vehicles being put to use. This situation means more mechanics will be needed to perform repair and maintenance tasks on them.

But you do have to watch out for the rise of electric vehicles. Their new technology may cause these vehicles to more be durability and less prone to accidents. The need for auto mechanics to perform repairs would then become less frequent.

How to Become a Car Mechanic

The first step to becoming a car mechanic is getting either a GED or a high school diploma. One of these will be needed to enroll in a degree or certificate program. If you're a high school student, you might want to consider getting involved in the AYES (Automotive Youth Education Services) program.

This program isn't available everywhere, but it'd be a good idea to check out where your area stands. It would provide you with hands-on training dealing with automotive technology. It gives you a little bit more practice before moving onto the next steps.

2. Enroll in a Vocational Education Program

Enroll in a training program provided by a community college, vocational school, or private technical school. These programs will award certificates or degrees in automotive service technology.

Finishing one of the shorter programs or diplomas could take less than a year. The longer and more involved ones might take one or two years to complete. It would be a good idea to take classes in English, math, electronics, automotive repair, and computers. Each of these subjects will be very beneficial to your career as a mechanic.

After finishing your training program, the next step is getting certified by the ASE. This certification isn't a must, but it has become the standard for mechanics looking to work in large cities. A car mechanic can earn ASE certification in eight different areas, including steering, brake systems, electrical structures, and engine repair. Each one will be valid for five years.

Your next task will require getting some on-the-job training from an employer. This process will usually last a few months, depending on where you're employed. The training will consist of working with automotive helpers, trainee technicians, lubricant workers, and other experts. You must learn how to work as a group and alone during your training.

If you want to reach the top of this field, your last step is becoming a master mechanic. This task will require getting a certification in all eight areas provided by the ASE.

After reading our article, it should be clear whether this path is the right one for you. Please don't hesitate to ask us more questions in our comment section. We want to make sure you understand everything before starting this journey.

What Are the Highest-Paid Mechanics?

Car mechanics tend to be the most common type of mechanic in today's job market. Sadly, this status doesn't make them the most profitable. Several other jobs in the mechanic field make quite a bit more on average. Let's take a look at the top five paying mechanic jobs and see whether these professions would better fit your skills.

A diesel mechanic has the responsibility of maintaining vehicles with diesel engines. These include 18-wheelers, buses, trucks, and construction vehicles. The Bureau of Labor Statistics reports that this job's average annual salary is $47,350 per year.

HVAC mechanics are responsible for maintaining machines related to air conditioning, refrigeration, and heating. Some of these jobs might take place in people's homes, and others will happen in commercial or industrial environments.

The median annual wage for doing this work was $47,610. HVAC mechanics who were in the top 10 percent earned more than $76,230. The lowest 10 percent made less than $29,460.In this field, apprentices tend to make half the wage of experienced workers.

The pay will start increasing as they gain experience. People who aren't looking to put in extra time during the winter and summer months should look elsewhere. HVAC mechanics often work weird hours and pick up over time in these periods.

Mobile Heavy Equipment Mechanics are tasked with maintaining and repairing systems that ensure heavy construction vehicles function correctly. Of course, this task doesn't include diesel engines, which would be covered by a diesel mechanic.

But every other system within these heavy vehicles would be the responsibility of a mobile heavy equipment mechanic. Due to this, they're rewarded with a higher median wage of $51,920. The top 10 percent in this field earned more than $75,370. Meanwhile, the bottom ten percent earned less than $32,280.

Anyone looking to become a mobile heavy equipment mechanic should expect to work weekends and nights. Overtime is quite common in this field, as well. The amount of work tends to reach peak levels during the harvest seasons.

These mechanics repair industrial processing equipment in factories and pipelines carrying natural gas and oil coming from refineries. Their median annual wage is about $52,340. The majority of people working in this job had salaries between $33,010 and $77,790.

It's a little more dangerous than the previous mechanic jobs, which explains the higher pay. Most industrial machinery mechanics work full time during regular hours. In some cases, these mechanics will occasionally work weekend shifts or nights. You can expect overtime to be readily available for people wanting a few extra hours.

The highest-paid mechanics are aircraft mechanics with a median annual wage of $62,920. As the name suggests, this job consists of repairing airplanes and other aircraft. It's a pretty lucrative field, as even the bottom ten percent still earned more than $36,760.

People lucky enough to get the top jobs are making more than $97,820. The hours tend to be a lot more strict with rotating 8-hour shifts. This aspect makes sense, given what's at stake for the people operating these airplanes. But you can pick up extra shifts on the weekends or clock in some overtime.

Do you own a truck? Here are a few tips on earning extra cash with one.