You've tried to start your car again and again, but it just won't budge. Upon closer examination, you realize the engine has broken down. Begging for favors on the daily and shelling out dough for rides is a definite no-no. So, how much does a car engine cost to replace? We've researched potential costs if installing a new engine to get the answer for you.

On average, it costs $4,000 to $5,000 to replace a four-cylinder engine. The amount can be higher, $5,500 for a V6 engine, and $7,000 for a V8 engine. The price is likely to increase depending on the brand of the car and the complexity of the engine. Expect to pay less for a stock engine in a domestic economy car, and pay more for a performance engine in an imported luxury vehicle.

With such ridiculously high prices, is there hope for getting that malfunctioning engine replaced? Are there more affordable alternatives? Whatever question you may have, it's a guarantee that you'll get all the answers you need in this post. We'll cover how much an engine swap costs. So, let's go! 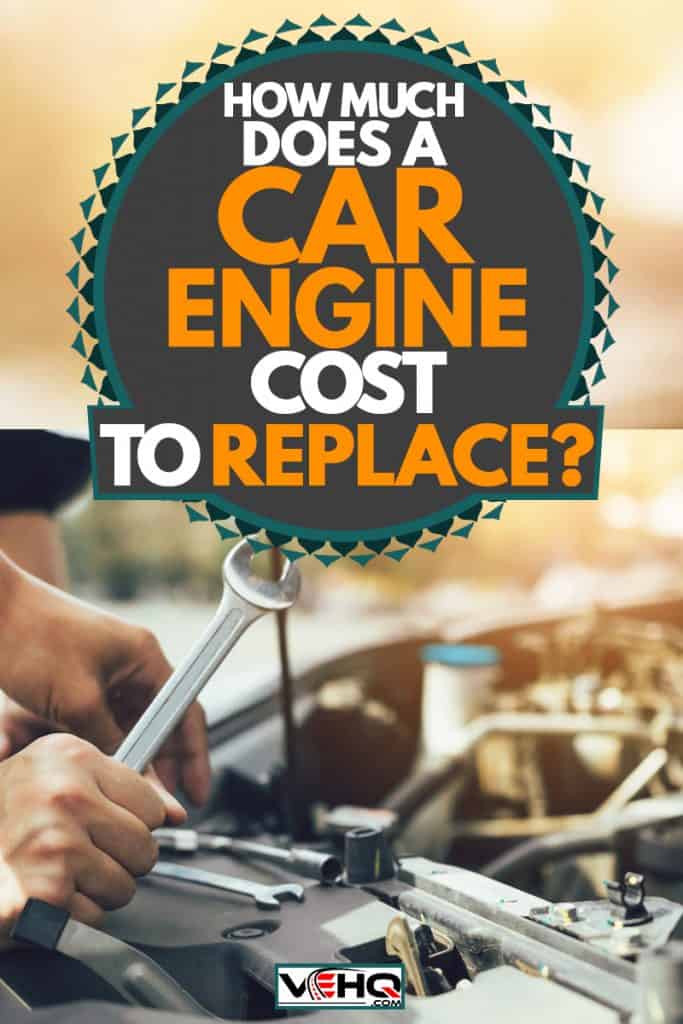 What Are Some Causes Of Engine Problems?

There are various causes of engine problems, and here are the most common ones:

The oil pump is the center of the lubrication system. It takes up oil from the oil pan and forces it around oilways in the engine before the oil pours back into the sump and recirculates.

A failing pump starves the engine of lubrication. Pro tip: Ensure that the engine oil you use in your engine is of an original viscosity, making it light enough to flow through the pump quickly.

The radiator is essential for engine cooling. It transfers the heat from the fluid inside to the air outside, to cool the fluid, which consequently cools the engine. Old and dirty engine coolant can fill your engine's radiators with unwanted deposits and sediments.

To be on the safe side, don't use hard water as a coolant as it can corrode the radiators with time due to its limescale content characteristic. 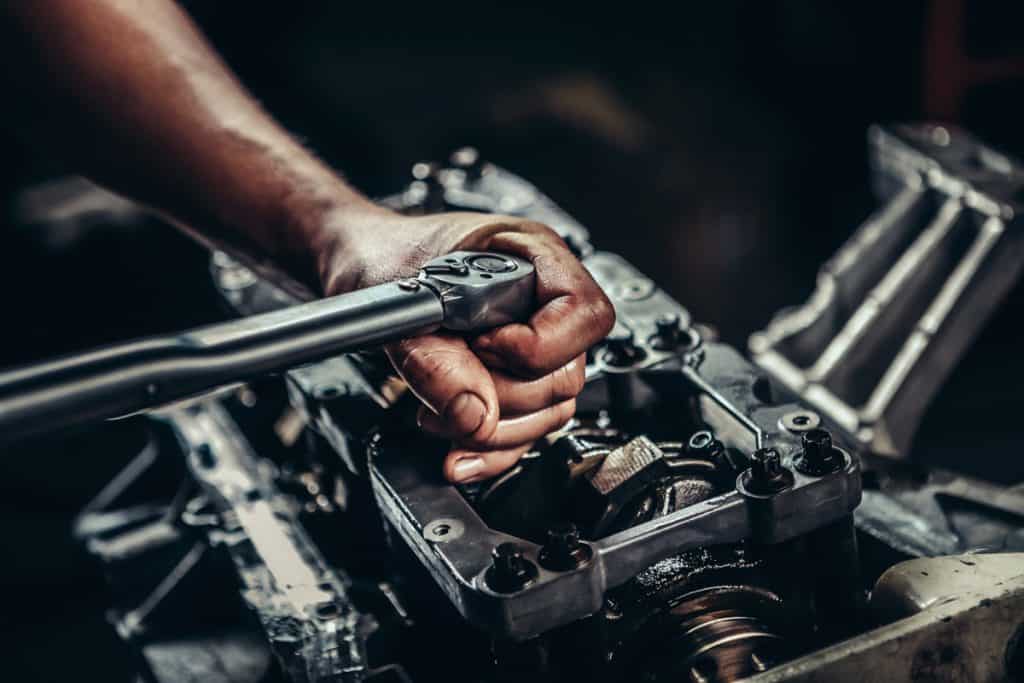 For your engine to function smoothly, it needs to receive sufficient oil between its moving parts. Little to no lubrication causes friction in the engine, leading to the engine either seizing up or overheating.

Frequent oil changes to keep quantities at an acceptable level during servicing will go a long way in keeping your engine healthy.

Oxygen sensors monitor the oxygen level in the exhaust and send that info to the engine computer, which adjusts the air-to-fuel ratio accordingly.

If the sensor can't give your vehicle the right details about how much fuel is in the diesel/petrol tank and how much oxygen remains in the exhaust, you're at risk of inefficiencies with your driving.

Low compression of fuel and air in the engine is trouble waiting to occur. Overused piston rings, broken valve seals, and holes within cylinders are among the most common causes of inadequate engine combustion.

What Makes Engine Replacement So Expensive?

Apart from the engine's complexity and size, the type of fuel you use to power your vehicle, either gas or diesel, also plays a massive role in the amount of cash you'll part with at the end of the day for an engine replacement.

Ordinarily, diesel engines are way cheaper. Though you may spend a fortune on maintenance because a diesel car or truck doesn't need distributors or spark plugs, the good news is diesel engines have low rates of needing care, depending on the model. 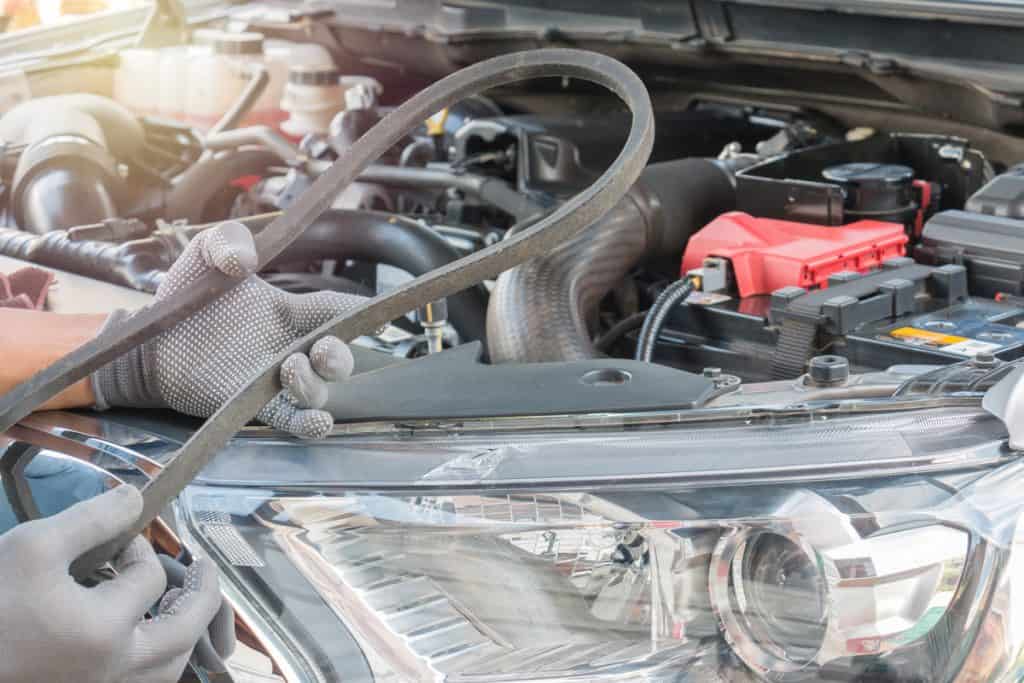 On the other hand, labor costs for replacing a diesel engine are higher than a gas engine since access to the diesel engine isn't as straightforward. Also, because there are fewer diesel trucks and cars on the roads, there are only a handful of technicians with the skill to replace this type of engine.

How Do You Know If Your Car Needs A New Engine?

Driving around with an engine that's well into retirement is dangerous to the environment and you. Whenever you spot any of the signals discussed below, it's an indicator that your ride needs a new motor.

When there are metal shavings when the oil drains from the engine during an oil change, this means that there's some metal-on-metal contact taking place, and engine parts are suffering from massive wear and tear.

If your car produces smoke in excessive amounts, that may indicate some internal damage. The color of the smoke often helps in figuring out the problem:

Is smoke spewing from under the hood? Don't just fan it away because you could soon have an engine replacement on your hands. Spewing smoke means your motor functions at too high a temperature, resulting in the melting of moving parts and blown head gaskets.

Then there's the issue of power. If your engine fails to produce enough power, your engine likely needs a change. Though engine replacement isn't always the solution in most cases, it's the final option in countless situations.

Finally, watch out for knocking sounds from the engine. An engine that makes noise often suffers from worn engine bearings. The engine rests on these bearings so that you can imagine the chaos that malfunctioning bearings cause.

How Much Does It Cost For An Engine Swap?

There's no one-size-fits-all cost when it comes to an engine swap. However, on average, engine replacement costs roughly $4,250 in the US. Various factors can raise or lower this price.

Mechanic fees are first on our list. Mechanics ordinarily charge between $50 and $100 per hour of labor to get an engine swap done, and this task can take up to 20 hours to complete! Therefore, you should expect to part with at least $500 to $1,500 in labor costs, plus anywhere from $9,000 for a complete, high-performance engine to $500 for a short block engine.

Next up are engine blocks. The type of block you choose determines how high or low engine swap costs will be. Whether a complete engine, short block, or long block, each price varies. Short blocks are the most affordable.

The brand, as well as the type of the vehicle, also contributes to the final price. An engine swap involving a rare or vintage car will be higher than a basic car with easy-to-find parts. Standard car engines make for an economic swap due to the ease and speed of replacement.

Is It Cheaper To Rebuild Or Buy A New Engine?

Rebuilding an engine is more affordable than buying a new one. New factory engines will typically cost several thousand dollars. Higher-end, more powerful engines can go for as much as $10,000.

A rebuilt engine has been disassembled completely and had its inner components either repaired, refinished, or replaced with new parts. It may not be a new engine, but when rebuilt correctly, it can extend your vehicle's lifespan.

The primary factor to put into consideration if you choose to rebuild an engine is the type of mechanic or company you select. Not all rebuilt engines are crafted equally, and engine rebuilding takes an incredible skill and patience level. Go the extra mile and find out if they have a solid warranty and an excellent reputation.

Is It Okay To Buy A Car With A Replaced Engine?

Yes, it's perfectly okay to buy a car with a replaced engine. But, you have to do significant research first. Knowing who repaired the engine is just the beginning.

Can You Convert Any Car To An Electric Engine?

Yes, you can convert any car to an electric engine as long as you're working with an expert. Electric conversion involves removing the whole internal combustion engine from a vehicle, fixing an electric motor in its place, and adding a large bank of batteries.

A conversion will typically cost you about $1,000 to $3,000 for installation and batteries, and $6,000 for additional parts. For your troubles, you'll receive a zero-emissions car that costs only a few cents per mile to drive. Electric vehicles also require less maintenance and are more reliable.

Engine problems are part of the package that comes with buying a car. Think of them as a minor inconvenience that can be handled in no time. The key is to pay special attention to your vehicle and act fast. Listen to what your car is trying to tell you with signals, and take time out to troubleshoot and repair.

Whether you choose to repair or rebuild your motor, engine replacement is worth considering before buying a new vehicle.

Love what you read? There's plenty more where that came from in all our posts. Keep reading!

Are Car Engines Supposed To Get Hot?

What’s The Best Oil For A Chevy Truck?

Can You Use Car Motor Oil In A Lawn Mower?