Maybe you've seen some trucks in the area with a pretty cool set of metal guards across their front end known as brush guards. They look nice and, you figure, probably help keep the front end from damage (after all, why have it). But you have to wonder if it really works and if it makes an absolute wreck of their gas mileage. After all, how much does a brush guard weigh? We've looked closely at this gear to find out.

Brush guards typically range from around 50-80 pounds. It depends on the model, brand, company, and of course, the design of the guard itself. The lighter brush guards that tend to be around 50 pounds don't provide as much protection—they really only work for very small, low-speed impacts. Heavier ones, around 75-80 pounds, are a bit sturdier in a crash but still don't do well in high-speed accidents.

Keep reading to learn more—we'll cover exactly what brush guards are for. We'll explain how they protect your truck—and how they don't! Then we'll also let you know some situations where having a brush guard does more harm than good. Finally, we'll cover some of the safety concerns about brush guards. With all this information, you'll be able to decide if a brush guard makes sense for you. 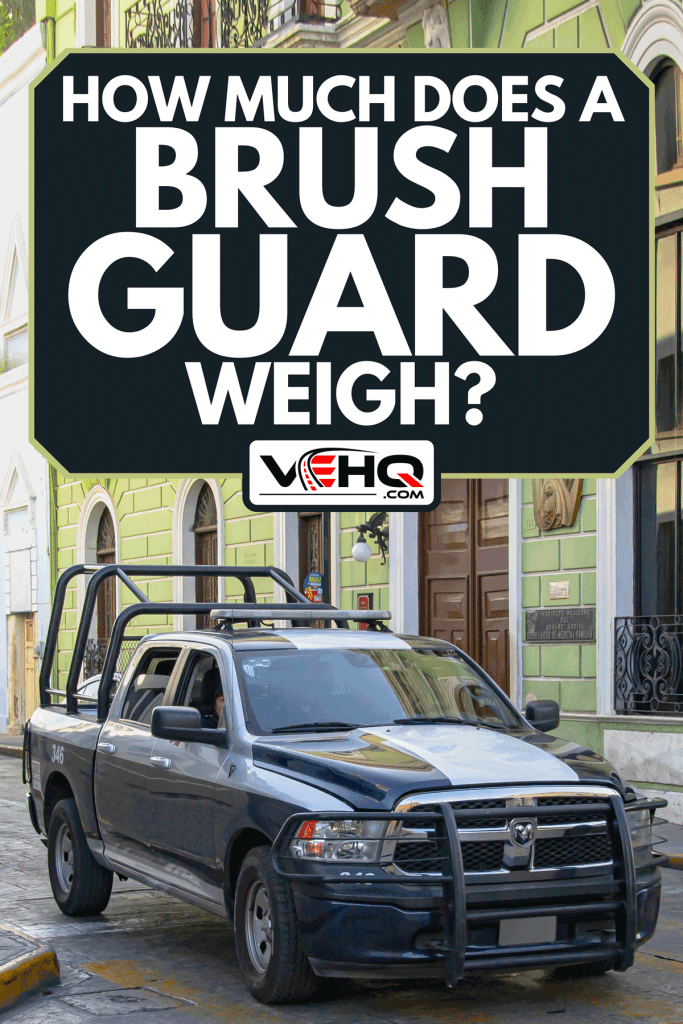 What Is The Point Of A Brush Guard?

The term brush guard can be interchangeable with grille guard. In fact, there's a lot of things you can call a brush guard—deer guard, cattle bumper, and bull bar are just a few.

In any case, those colorful names should give you some idea of what the point of the brush guard is.

The brush guard is a strong structure that sticks out just ahead of the grille. Picture an umpire's face mask, but on a truck. It protects the lights and grille from brush, sticks, and general damage when offroading.

If you're lucky, it might help protect your truck in an unexpected collision with an animal as well. 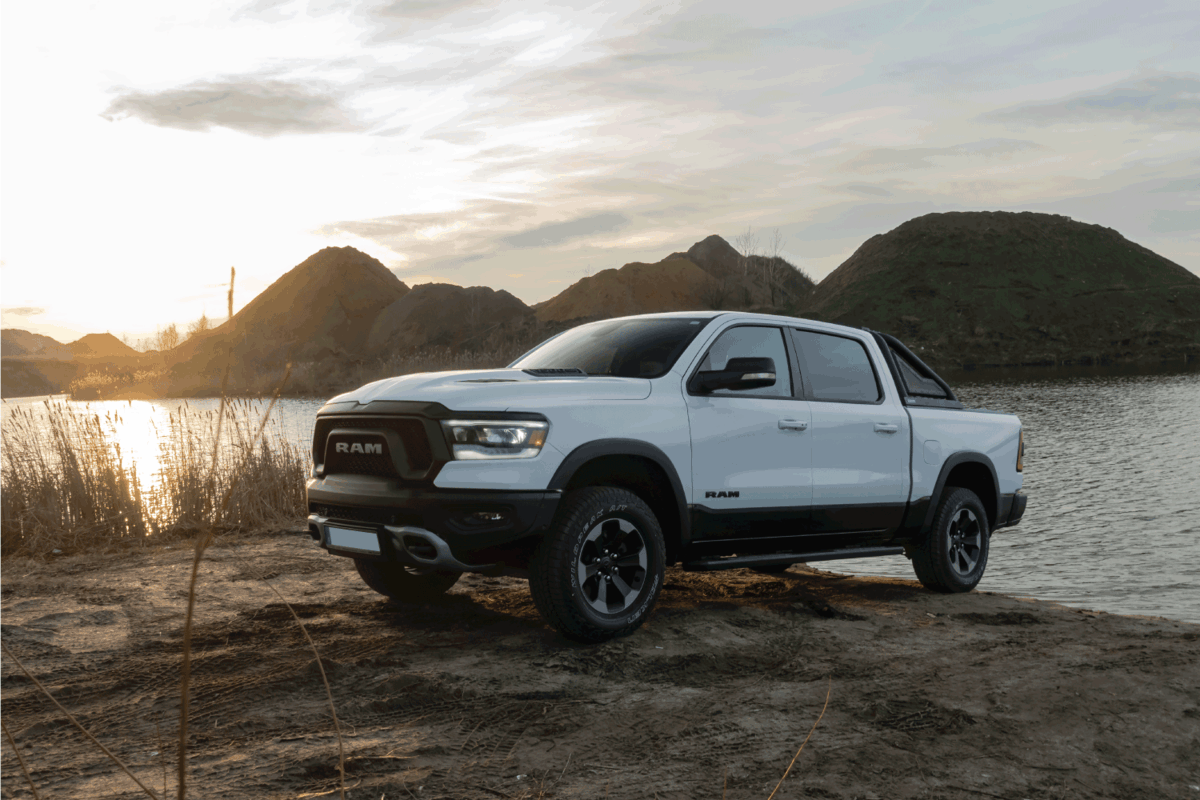 Do Brush Guards Work Against Deer?

Technically, brush guards protect from brush, not deer. But if you happen to hit a deer with a brush guard, it's possible to walk away with less damage to the vehicle.

It depends on a lot of factors. How strong the brush guard is, how fast you are going, and what angle the deer or any animal hits the car play a role. With a large animal like a deer, the weight matters, too.

A grille guard is probably only going to, hopefully, minimize the impact. It can't stop it entirely.

In fact, many people report that a grille guard left their vehicle running well enough after an accident with a deer to get home.

But they still had repairs to make later. In fact, some people note that the brush guard flexes during impact with a heavy enough animal. This means that the guard still ends up hitting against the grille, anyway—the very thing you hope to prevent.

Read more: Grille Guards: Are They Worth The Investment?

This is a tricky question since the answer is, "sort of not really." Brush guards can affect gas mileage—but they don't have to.

Obviously, as you might expect, the extra weight of a brush guard can bring the fuel economy down.

Another factor you might not expect is airflow. Interfering with airflow can impact mileage significantly, which some brush guards can do.

The installation and design of the brush guard play a big part in its effect on gas mileage. Believe it or not, some brush guards have been tested and have shown no discernible effect on fuel economy in testing. 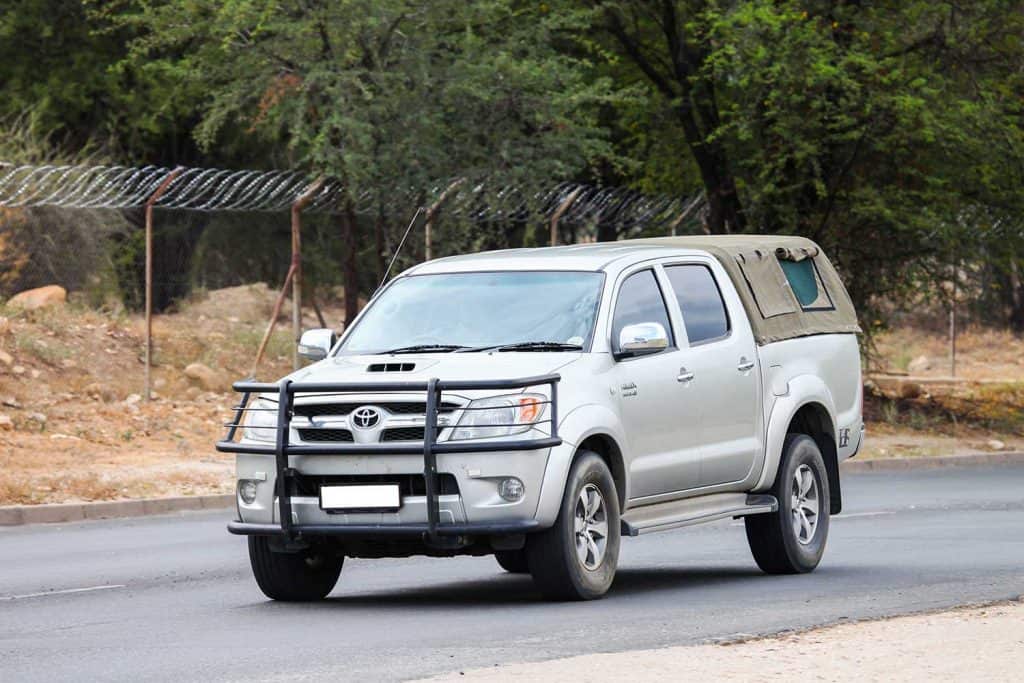 Brush guards aren't illegal in most areas, but there are some regions where their use is a bit iffy.

For example, in the UK, the law states that "as long as they don't cause an increased risk to drivers, passengers or pedestrians" they are allowed.

This means that brush guards in the European Union must be EU compliant, meeting certain safety standards.

Guards in Australia have also come under scrutiny, being subject to safety regulations in current manufacturing.

You might think that there must be something wrong with brush guards if so many areas regulate their use. Are they dangerous?

Well, yes—for something that's marketed as being helpful in an accident, you might be surprised to hear that they probably aren't as safe as you'd think. And they're incredibly bad in pedestrian accidents, but we'll get to that next.

The first thing you have to understand about brush guards is that they're really designed to protect the cosmetics of the truck in very low-impact crashes.

It's for things that might dent your bumper or scratch your paint. If you're pulling slowly into a parking spot and accidentally bump a signpost, the grille is useful for taking that minor hit.

But they can do more harm than good in a high-speed, high-impact crash. There are two main problems caused by brush guards in these kinds of accidents.

Forcing The Impact Onto The Frame 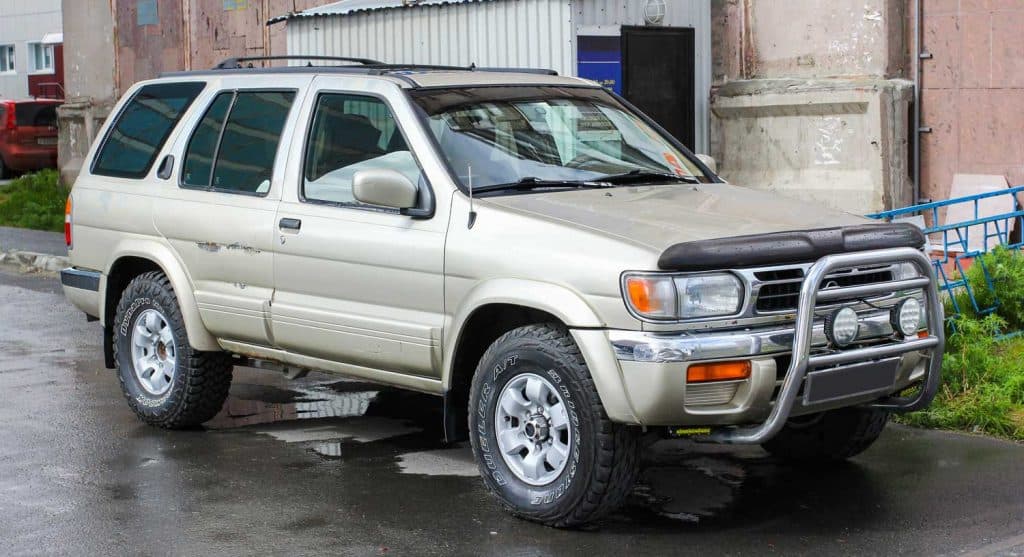 The thing is, your truck is designed with a front-end collision in mind. That's just how it works—car designers make plans, adjustments, and do safety testing assuming that your front-end might hit something.

They don't imagine or assume you're going to put a brush guard on first.

This means that the truck has certain ways of absorbing the force of a crash. For example, the crash bar under the truck takes the brunt of things.

While your lights and bumper might be destroyed, the crash bar prevents most of the impact from reaching the frame of the truck.

A grille guard bolts into place, attached to the chassis. This means that when that is struck in an accident, that force goes right into the chassis as well. It transfers that force through the frame, making repairs bigger and more expensive.

The guard might keep some damage off the bumper and grille—but that might actually be easier to fix than the mess it can make of the frame!

The grille guard can actually make the area hit larger. Since it covers the entire front, it can block something from hitting a very small, specific area. But instead, it then spreads that damage across the entire front.

For example, if you hit a small animal, like a raccoon, that might normally dent your bumper.

But instead, it flies into the grille guard, which then bends back from the force. This causes damage to the grille, both sides of the front end, and even the hood. 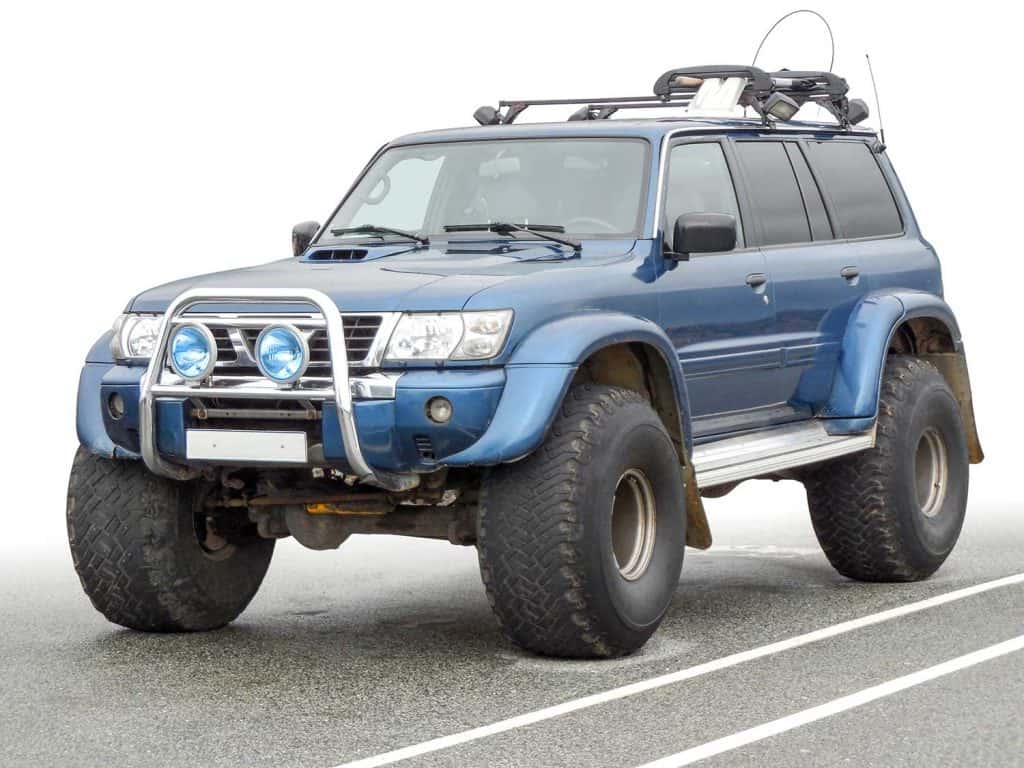 Why Brush Guards Are Dangerous For Pedestrians

Some people swear by brush guards, and some people aren't interested, thinking they're more trouble than they're worth. A lot of this probably has to do with how and where you use your truck.

If you're mostly traveling low speeds on wooded paths where there's a lot to bump against, a grille guard makes sense.

If you've only ever seen your grille guard in action for a high-speed highway accident, it might not have helped at all. In fact, it might have made things worse—turning you firmly away.

In any case, it's important to factor in pedestrian safety as well. The legislation of brush guards in Australia and the European Union is largely due to how incredibly unsafe they are for pedestrians.

Research has shown over and over that brush guards can actually kill in many pedestrian car accidents.

A 1998 study in Australia shows that vehicles with a steel guard do 10-15 times more damage in an accident involving pedestrians.

An article by Mother Jones notes that children survive being hit by cars traveling at 20 mph 95% of the time.

But with a brush guard, those high survival rates drop dramatically-now speeds as low as 12 mph, even 10 mph in some cases, can be consistently life-threatening.

Again, how and where you use your truck changes how this information affects you. If you drive in an area where there are few pedestrians, this might not be a significant concern.

On the other hand, if you drive in areas where pedestrian traffic is heavy, be aware of the extra danger that brush guards pose.

Still interested in grille guards? Check out: 11 Grille Guards That Will Look Great On Your Chevy Silverado

Brush guards weigh about 50-80 pounds, depending on the style and makeup. Some styles can affect gas mileage, particularly cheaply designed or poorly installed ones. But some also show no effect on gas mileage.

However, there's no significant proof that brush guards really prevent much damage in an accident.

Brush guards really protect your truck at low-speed impacts, like bumping a cart in a parking lot or keeping sticks from scratching your front end.

Heavy-duty brush guards might be able to reduce damage from small animals at low speeds. At high speeds, it's unlikely you can strike a large animal like a deer without damage.

The brush guard may actually cause more damage to the frame, making your repairs more expensive. Brush guards also pose sizeable risks to pedestrians, so be sure to consider carefully whether a brush guard is necessary for you.