If you are thinking about doing a rebuild on your 350 Chevy engine, then you are probably wondering what it's going to run you. This can be an exciting but expensive project, so let's take a look at what it may cost.

The cost to rebuild a 350 Chevy engine will vary widely depending on what you replace. Nonetheless, you can expect to pay anywhere from $600 to $3500 for the rebuild from a mechanic shop. However, prices will also vary from mechanic to mechanic.

If you are considering moving forward with a rebuild on your 350 Chevy engine, then there are some things to consider. This article will look at what parts you may have to replace and how the pricing will vary. In addition, we will answer other frequently asked questions about the Chevy 350 small block engine, so read on!

How Much Does It Cost To Rebuild A 350 Chevy Engine?

The most common 350 Chevy engine rebuild cost is around $2000. However, this price can go up in the range of $3000 to $4000 depending on what parts you want to be replaced. In addition, the cost can be significantly less if you only need a few parts replaced.

If you are contemplating rebuilding your 350 Chevrolet small-block engine, then it's best to get an estimate from both a mechanic shop and an auto parts store to get a better idea of what it will cost.

If you replace certain parts, the engine rebuild costs will vary dramatically. For example, if your rod bearings need to be replaced, that could cost an additional can be pretty expensive. 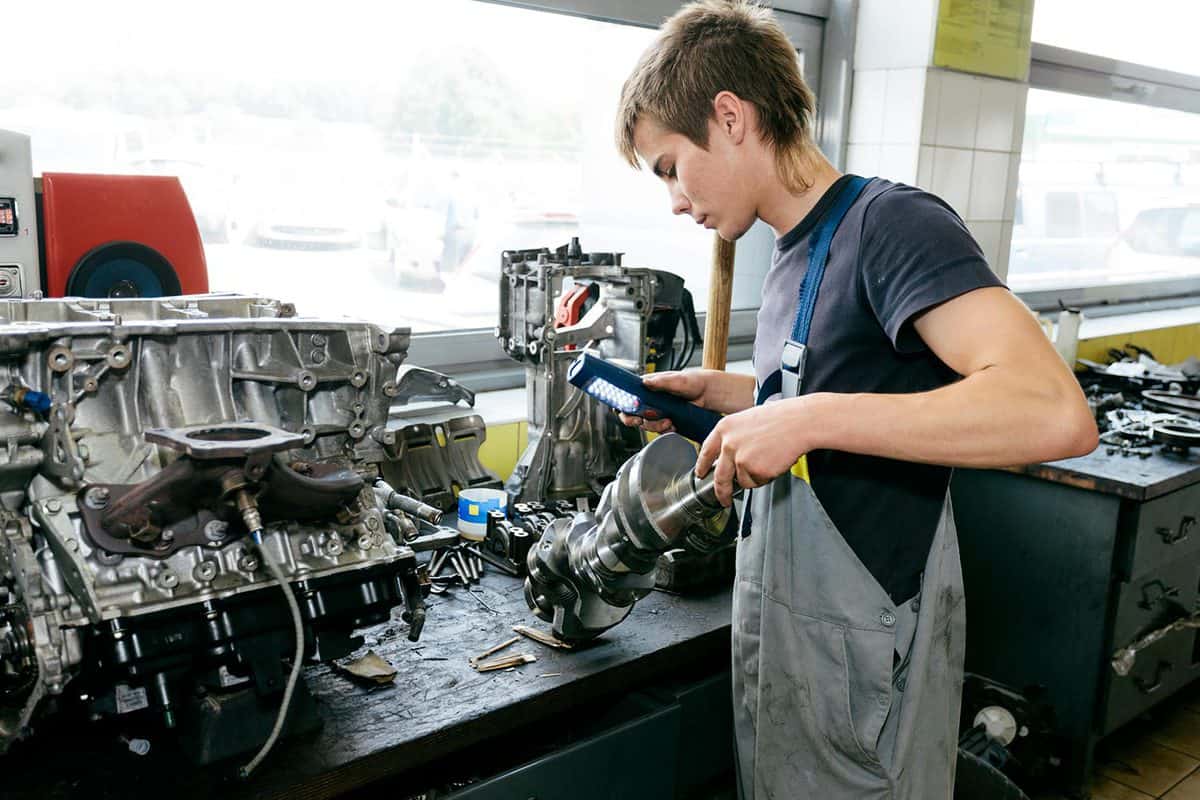 What is an engine rebuild?

To replace or repair parts in an engine, a mechanic will have to remove old parts from the engine. In many cases, this involves removing old gaskets, pistons, piston rings, or cylinder heads.

Once these components are removed, a mechanic must determine the condition of the components. Then, they will install the new components that are needed. The mechanic then puts all of these parts back into the engine and may also test to make sure that it runs well.

What is the Chevrolet small-block engine?

The Chevrolet small-block engine is a series of V8 automobile engines produced by the American automotive manufacturer General Motors (GM).

The small-block was introduced in 1955 and made its way into many GM vehicles. Later, the Chevy 350 was first introduced in the Nova in 1968.

GM commissioned the small-block engine to compete with the compact Ford flathead V8. This decision came after Ed Cole [GM's executive vice president of manufacturing] witnessed a focus group of young men enthusiastic about the power and performance they saw in the compact Ford engine.

Many will say that the Chevy 350 is the winner of the two, but that debate may continue forever. Regardless, the Chevrolet small-block engine is iconic in the automotive world.

Is it cheaper to rebuild an engine or replace it?

Typically, it's cheaper to rebuild an engine than get a new one. However, the price will depend on what is wrong with your engine and how much work needs to be done.

If you are considering doing an engine rebuild, then it might be best to compare prices at both mechanic shops and auto stores so that you can get an idea of what it will cost.

It's also helpful to get an estimate from a mechanic and an auto parts store so that you can get more insight into the price. For example, if your engine requires specific components, it might be more expensive than other engines. 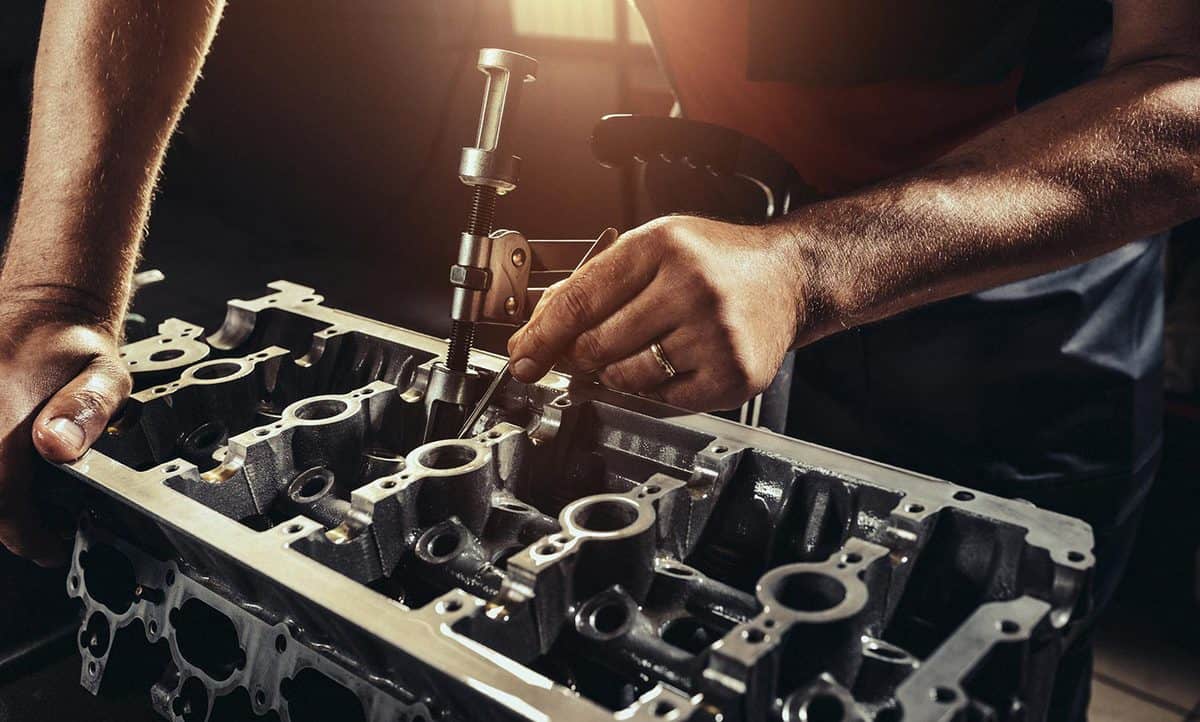 What's the difference between an engine rebuilt and replacement?

Engine replacement means replacing your engine with a new, fully-functional engine. This type of option is usually good for people who need an engine right away.

Replacement also happens if you have greatly abused the current engine or become unreliable. But, again, the cost will vary depending on what parts you need to be replaced and how many.

Engine rebuilds are for people who want to refurbish the current engine. Often, this process includes replacing parts such as pistons, cylinders, camshafts, manifold, valves, and bearings. It might also include resurfacing the engine block and cylinder head or replacing them if they are too old.

How long will a rebuilt 350 engine last?

A rebuilt 350 engine can last a long time [100,000 miles or more]. However, it will depend on the engine's condition and how well it was taken care of before it was rebuilt.

If an individual properly rebuilds their engine, it can last for hundreds of thousands of miles. But, of course, this assumes that there were no problems with the original design or any other issues.

You will need many tools to rebuild a Chevy 350, including ratchets, sockets, torque wrenches, drill bits, screwdrivers with various heads, piston ring compressors with punches, engine stand puller for the flywheel bolts. These are only some of the tools required to rebuild an engine properly.

Every mechanic shop has unique tools and shop equipment. Some of these will be included in the engine rebuild cost, and others you might have to pay for separately.

The actual process of rebuilding a 350 can vary depending on what type of shop you go to and how much work is needed.

If you are doing an engine rebuild, you will need various parts, including pistons, cylinders, valves, camshafts, manifolds, timing chains, gaskets, and bearings.

You might also need to resurface the engine block and cylinder head or replace them if they are too old. But, again, it's essential to consult with a mechanic to understand better what is needed for your specific engine. 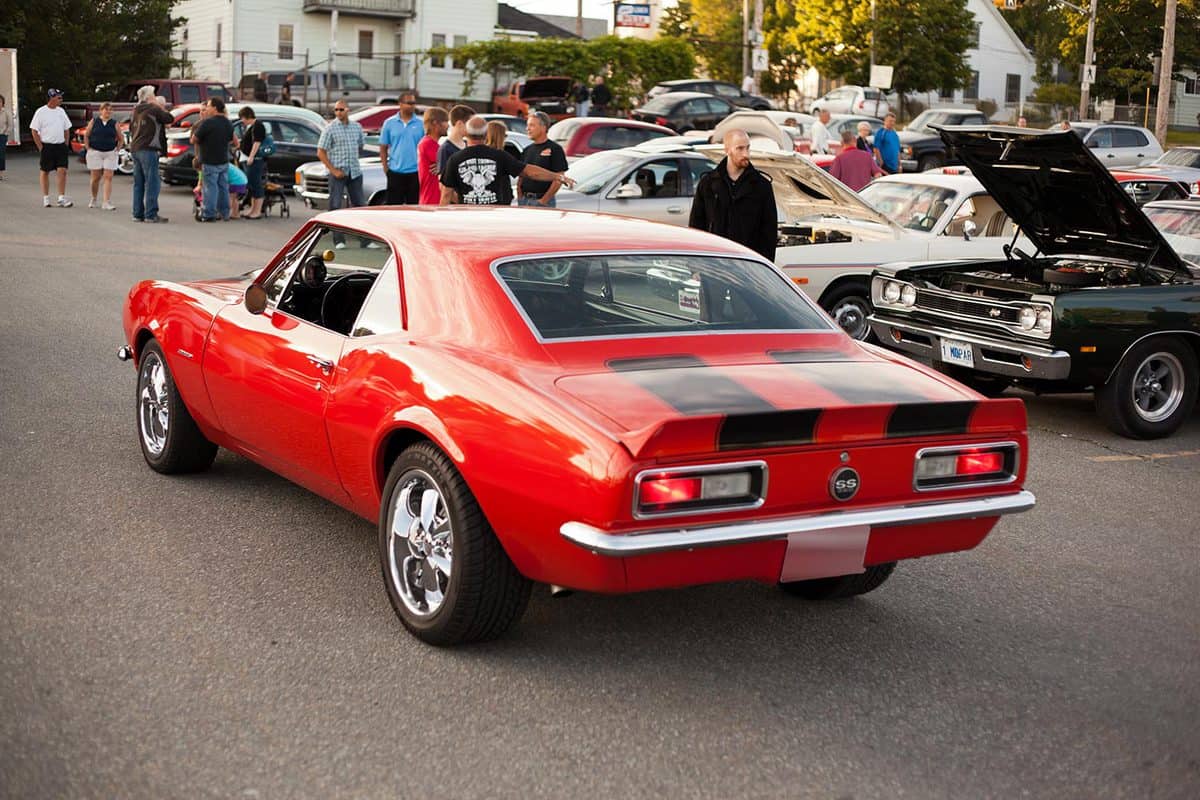 What are the benefits of rebuilding a 350 engine?

The benefits of rebuilding an engine include cost savings, better performance, increase engine lifespan, and added features. You might also enjoy having complete control over what is done to your engine.

If you are not good with tools, it will take you much longer to rebuild your engine when compared with someone who has experience.

Otherwise, you might not have the necessary knowledge to rebuild your engine correctly. If this is the case, it's recommended that you get help from professionals or replace your engine instead of rebuilding it.

What are the downsides of rebuilding a 350 engine?

The worst part about rebuilding an engine is that many things can go wrong. If you do not have the necessary experience, then it might be hard to understand what should be done for your specific engine.

If you don't do the rebuilding process correctly, the chances are that the engine will break again in the near future. You'll also need to spend more money on tools and equipment, so it's a good idea to make sure you do the process right the first time.

For these reasons, it's not recommended that you attempt to rebuild your engine without having any experience.

How do I find the best price on a 350 Chevy engine?

There are many companies where you can buy a Chevy 350 engine. You should take some time to look around online and compare prices for each company.

If you live in a small town, there might not be many options. However, you can always check with the local dealerships to see if they carry 350 engines.

You can also shop around at different auctions; just make sure you're getting a good deal before purchasing an engine.

It's usually best to talk to more than one company to get the best value.

In conclusion, a rebuilt 350 engine can last a long time if there are no problems with the original design. It will depend on the engine's condition and how well it was taken care of before going to someone for a rebuild.

If you want to save money, you might consider rebuilding your own 350 Chevy engine. However, it's not recommended that you attempt this without experience, so it might be better to find a local shop to help.

How To Get Water Out Of A Diesel Fuel Tank

Rattling Under Car When Going Over Bumps – What Could Be Wrong?