The Subaru Forester is a fun and sleek sub-compact crossover SUV that's ready for city or country driving. But what is the curb weight of the Forester? We've scoured spec sheets to bring you the information you need:

The current Subaru Forester's curb weight ranges from 3,449 to 3,620 pounds, depending on the trim level. 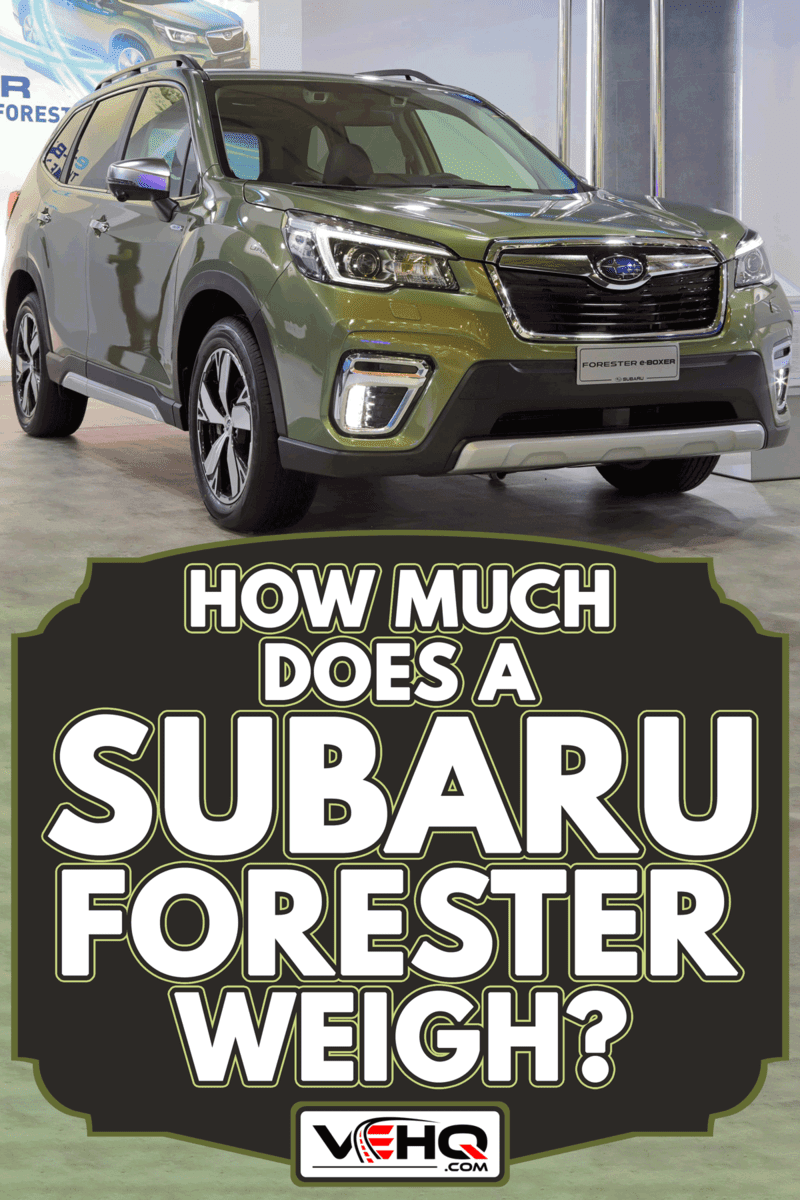 The Subaru Forester has been on the market in the US since its first model year back in 1999. It transformed over time from a station wagon to the sub-compact crossover it is today.

With the changes in each generation, the Forester has seen some weight fluctuation over time. Let's take a look at each generation and how much they weigh. 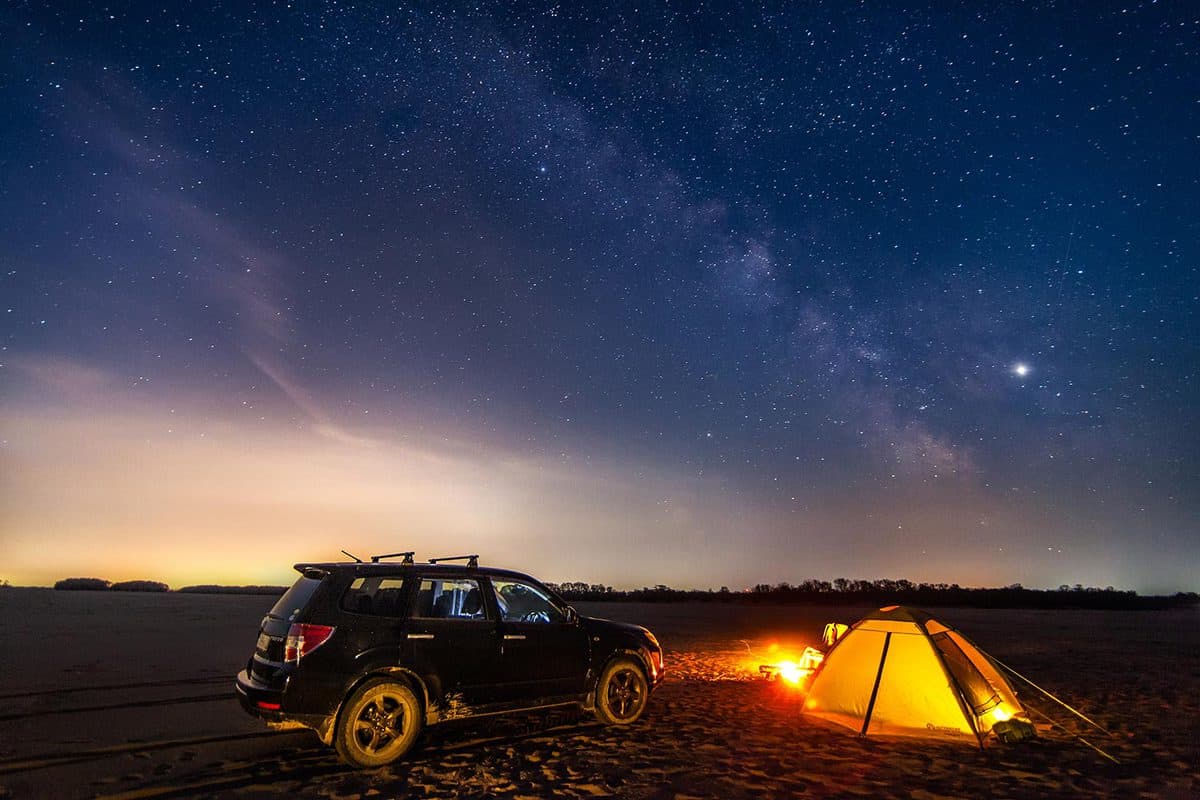 Subaru revealed the first generation of Forester in 1998 and they became available on the market in the 1999 model year.

Models listed on Edmunds show similar figures, ranging from 3,100 pounds for a 1999 Forester to 3,255 pounds for a 2002 Forester S with the Premium Leather Package.

Second-generation Foresters have a somewhat broader range of curb weights than the first. This generation saw a number of tweaks, the introduction of the X and XT trim levels, and the added availability of 2.5-liter engines. 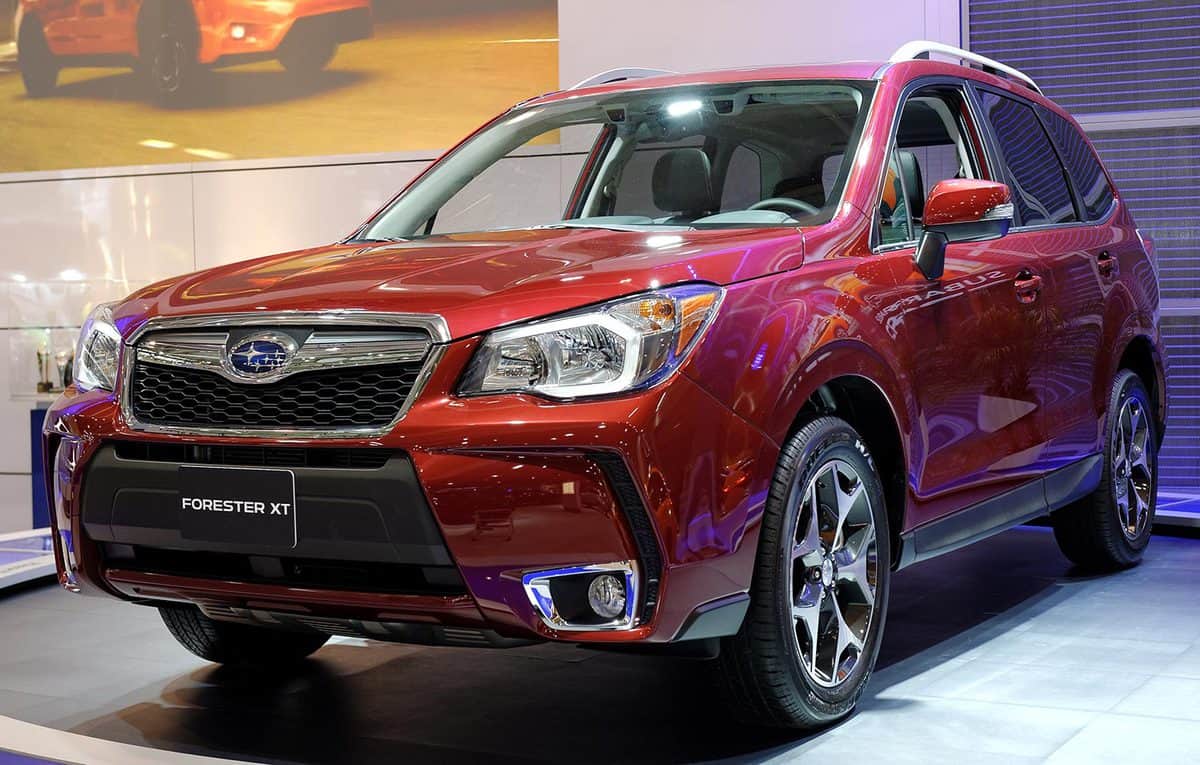 With the Forester's third generation, it began its transformation from a station wagon to a crossover SUV. This fact is reflected in the weights, which run heavier than in previous generations. 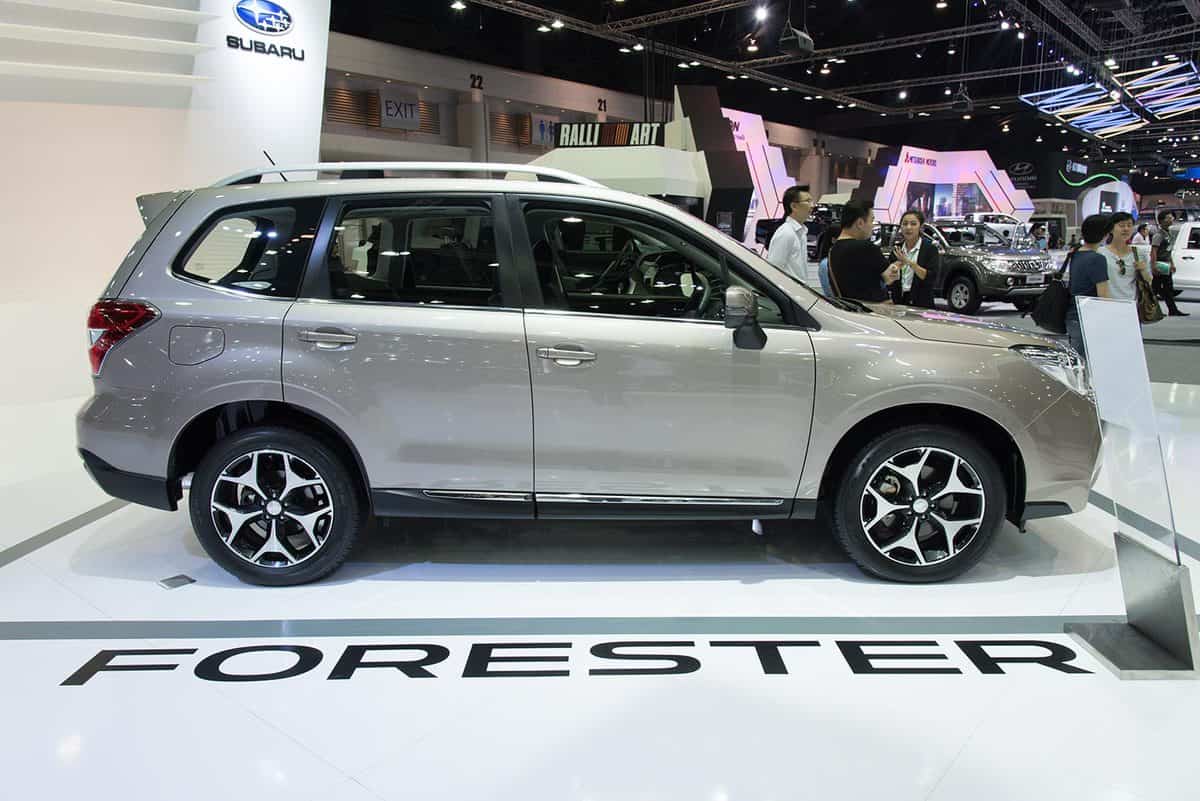 The fourth-generation Forester continued the trend toward a larger, heavier crossover. While increasing the size, this generation also managed to improve the fuel economy of the Forester, up to 32 mpg for highway driving. 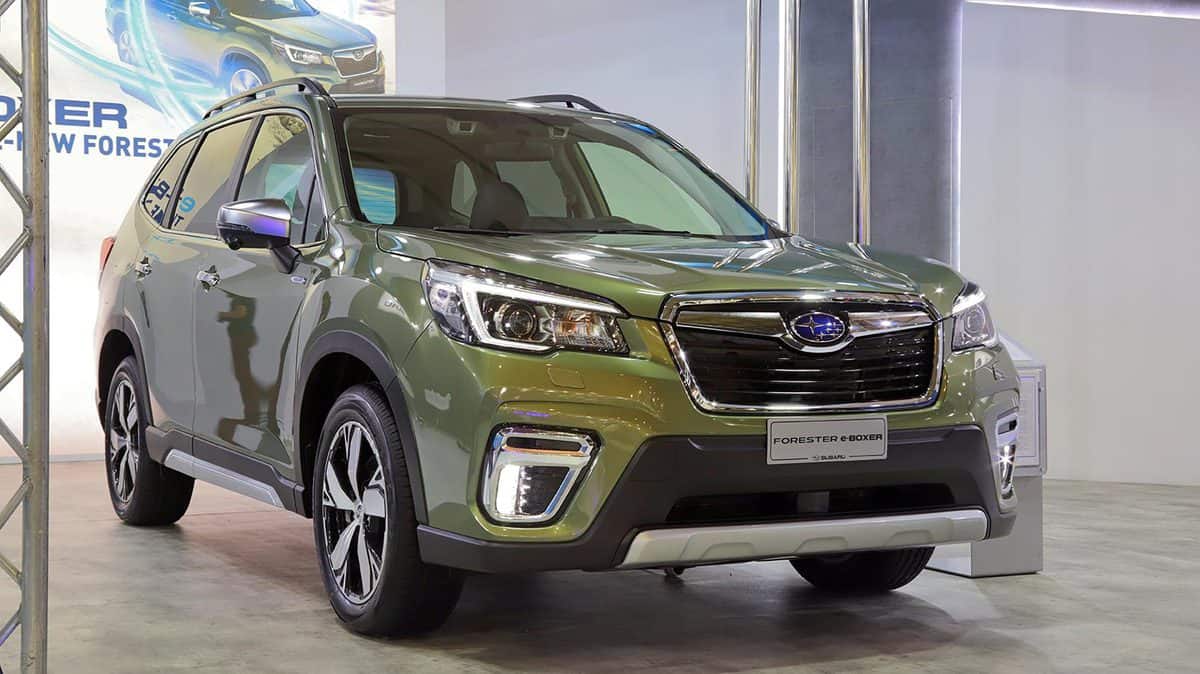 The Forester's current generation sees some changes from the previous.

The lighter trim levels have become heavier, with the base Forester weighing in at 3,454 pounds.

The new, off-road trim level, the Forester Wilderness, has replaced the Touring as the heaviest for this generation. It has a curb weight of 3,620 pounds.

What weighs more, a Forester or Outback? 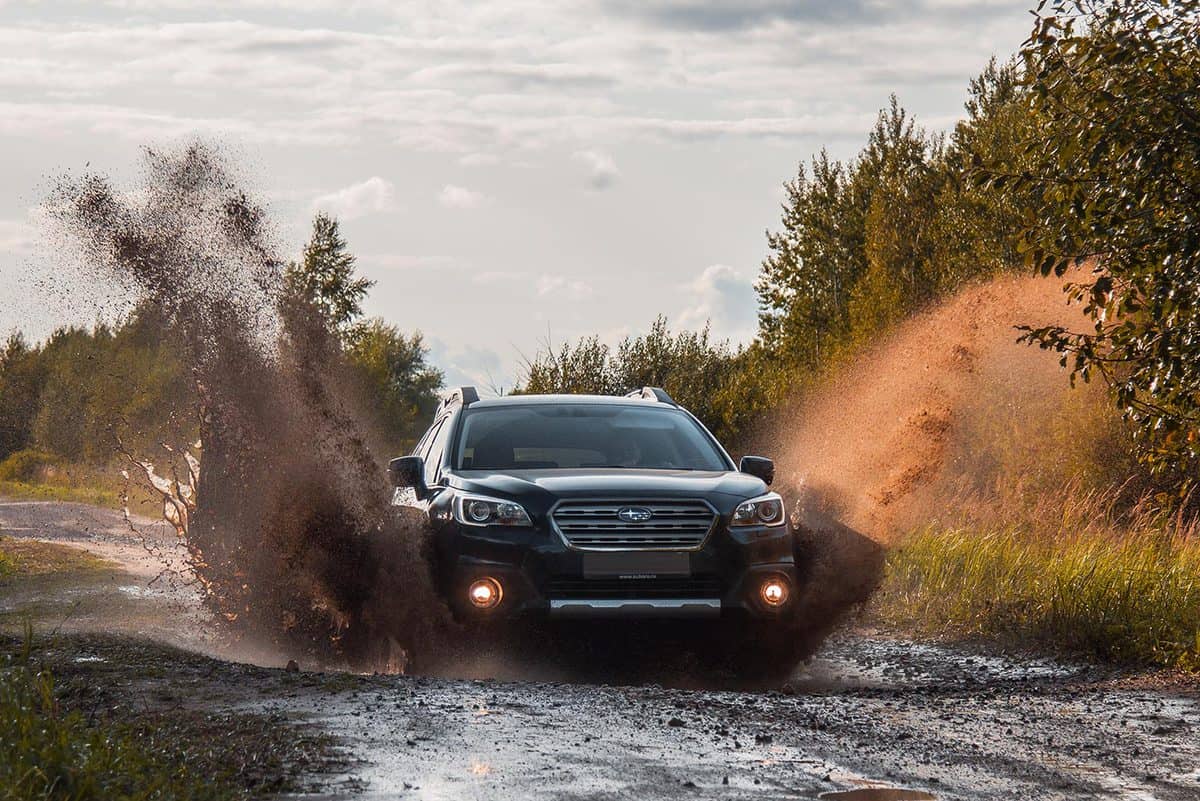 While the Forester is classified as a compact crossover, its sister, the Outback, falls in the mid-size crossover class. As you might expect, this means that the Outback weighs more than the Forester.

What is the heaviest Subaru?

While the Outback comes in at a higher weight class than the Forester, both pale in comparison to the Ascent.

The Ascent isn't just heavy. This SUV is Subaru's largest vehicle, coming in options with seating for 7 or 8 passengers.

Can you flat tow a Subaru Forester?

Flat-towing is the process of towing a vehicle while its wheels are in contact with the road. Because it doesn't require a trailer or dolly, it's a popular option for towing a vehicle behind an RV.

Unfortunately, Subaru has not approved the Forester, or any of its other vehicles, for flat-towing. Instead, Subaru recommends towing their vehicles in a flatbed car trailer.

It is possible to flat-tow a Forester for service when a flatbed trailer is not available. To do so, follow these steps, found in the owner's manual:

You will find the tow hooks with your spare tire, in the rear of the vehicle. They connect under small plates at the front (and rear) of the vehicle. You can see the location in the video below:

You can learn more about this topic in our article:

Can You Flat Tow a Subaru? [Everything You Need to Know]

How much can a Subaru Forester tow?

The 2022 Forester is rated to tow 1,500 pounds when equipped with trailer brakes for all trim levels except the Wilderness.

The Wilderness has a towing capacity of 3,000 pounds when using trailer brakes.

Without trailer brakes, the Forester's maximum towing capacity is 1,000 pounds, regardless of trim level.

Can a Subaru Forester tow a camper? 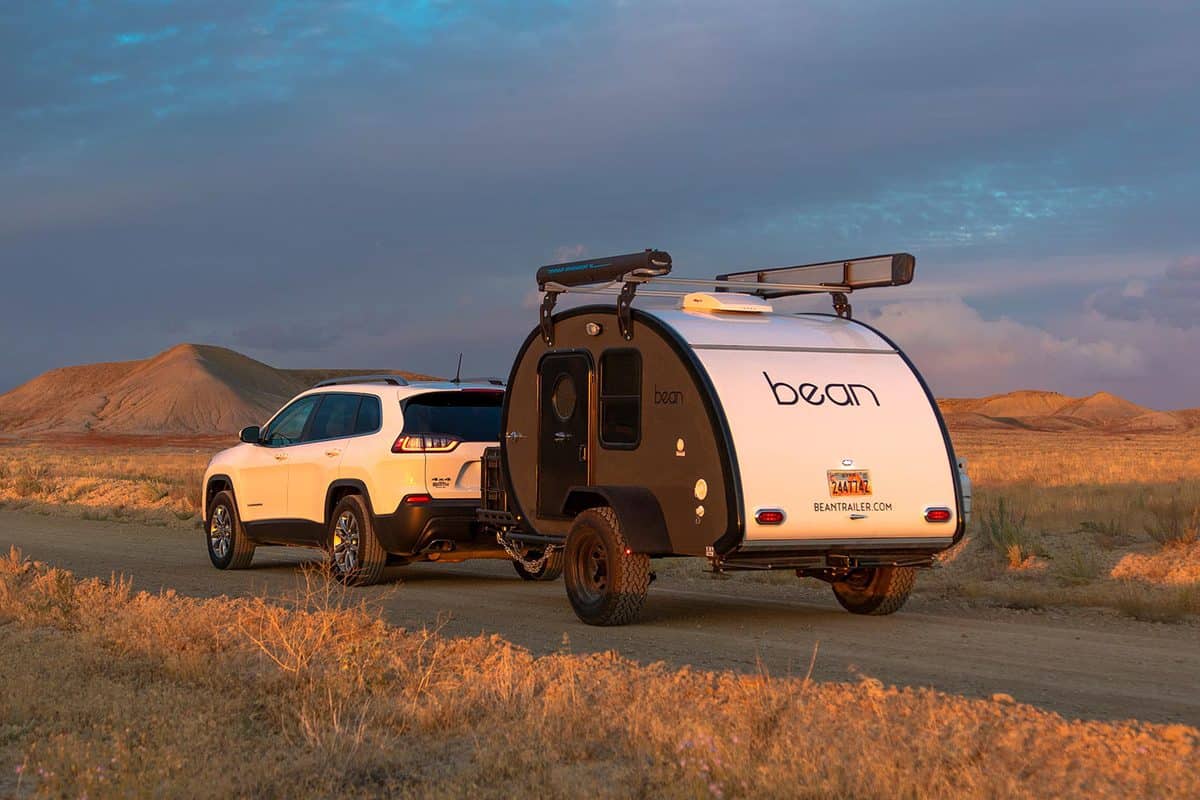 You won't tow as much as a heavy-duty pickup with your Forester. However, you may be surprised how much you can handle in this range.

If you want to tow a camper, a teardrop trailer may be your best bet. These campers are smaller and lighter than their more conventional counterparts, making them perfect for the Forester.

For example, the Pika by Timberleaf Trailers weighs in at just 1,025 pounds. Despite its light weight and small stature, it offers a lot of comfort and convenience.

You can see the Pika and its big sister, the Classic, in this video from the manufacturer:

You can learn more about teardrop trailers like these in our article:

How Much does a Teardrop Trailer Weigh?

Can a Subaru Forester tow a car?

While the Subaru Forester can handle some lightweight towing, it doesn't have enough capacity to tow most cars.

The average car weighs over 3,000 pounds, meaning even the suped-up Forester Wilderness doesn't have enough towing power to tow it safely.

Furthermore, most cars cannot be flat-towed. This means that you will also need a car trailer, adding even more to your towing weight.

What's the best Subaru for towing? 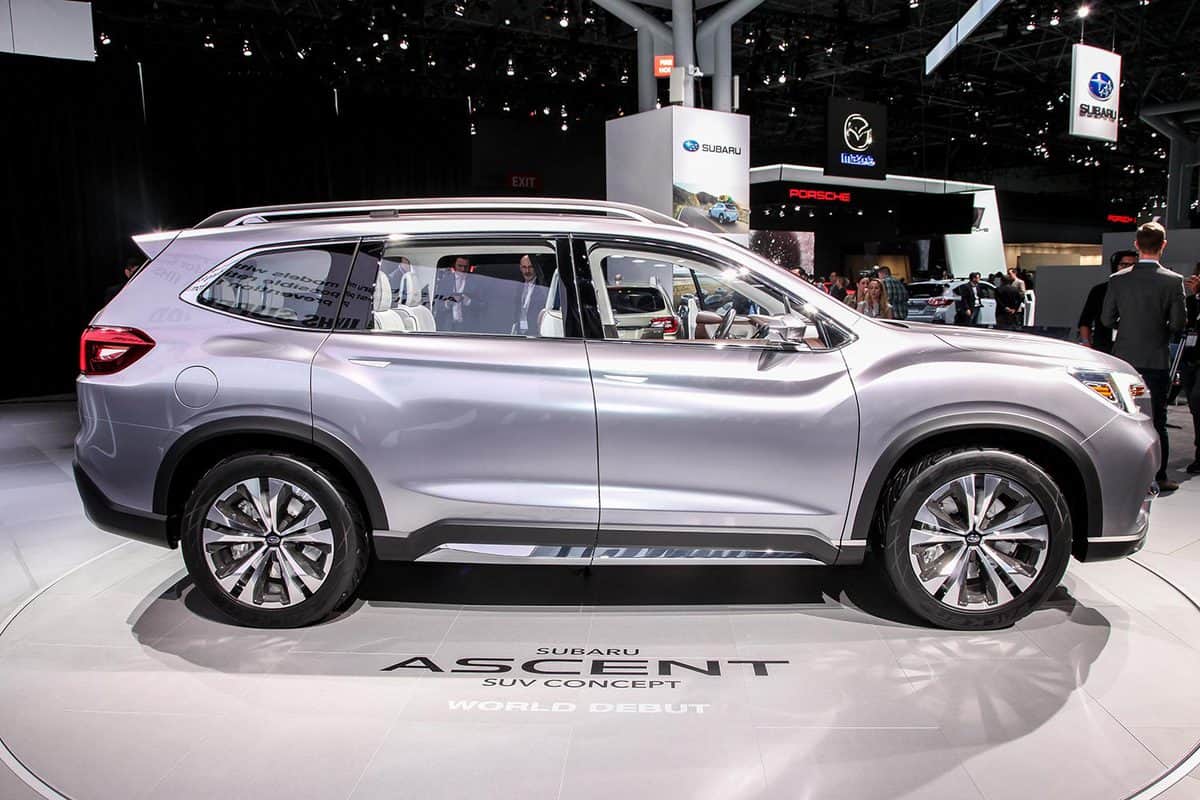 While the base trim level for the 2022 Ascent has a 2,000-pound towing capacity, the Premium, Onyx, Limited, and Touring trim levels all have towing capacities of 5,000 pounds.

This is due to the improved transmission cooler that comes in these trim levels. However, without trailer brakes, all trim levels have a maximum towing capacity of 1,000 pounds, just like the Forester.

If you are looking for more towing power than the Forester offers but don't need as much as the Ascent, you should consider the Outback.

The base Outback, Premium, Limited, and Touring all have a towing capacity of 2,700 pounds. The Wilderness and XT editions feature 3,500 pounds of towing power.

How weight much can a Subaru Forester carry?

Subaru does not publish an official cargo-carrying capacity for the Forester. However, you can calculate it with simple math if you know where to find the important numbers.

To know your cargo-carrying capacity, you will need to know the curb weight and the gross vehicle weight rating (GVWR) of your Subaru.

You can use the weights we've covered in this article if they match your year and trim level. You can also find the curb weight on the official Subaru website for current models and Edmunds.com for older models.

You'll find the GVWR for your vehicle on a sticker or plate located at the bottom of the driver's side door pillar.

Simply subtract the curb weight from the GVWR, and you will have your cargo-carrying capacity.

It's useful to know your vehicle's weight, and now you have more information to find out how much your Subaru Forester weighs.

We've also seen weights for the Outback and Subaru's heaviest vehicle, the Ascent. We've even seen the towing and cargo capacity for these Subaru SUVs.

Whichever you choose, you'll be ready for your next adventure. Safe driving!

Learn more about Subaru in these great articles:

Where are Subaru Cars Made?

How Many Miles Can a Subaru Outback Last?