Whether you’re taking a road trip or you’re commuting to work or school, one of the things that can slow you down is a car battery that has lost its charge. If you’re able to get a jump or have a car battery charging device, you’ll still need to allow the battery to charge for some time before you get on the road again.

So how much driving is enough to charge a car battery?

You need to make sure your battery is in good condition to stay safe on the road and avoid accidents. Ensuring that your battery will run for the duration of your trip can help you reach your destination without further complications. 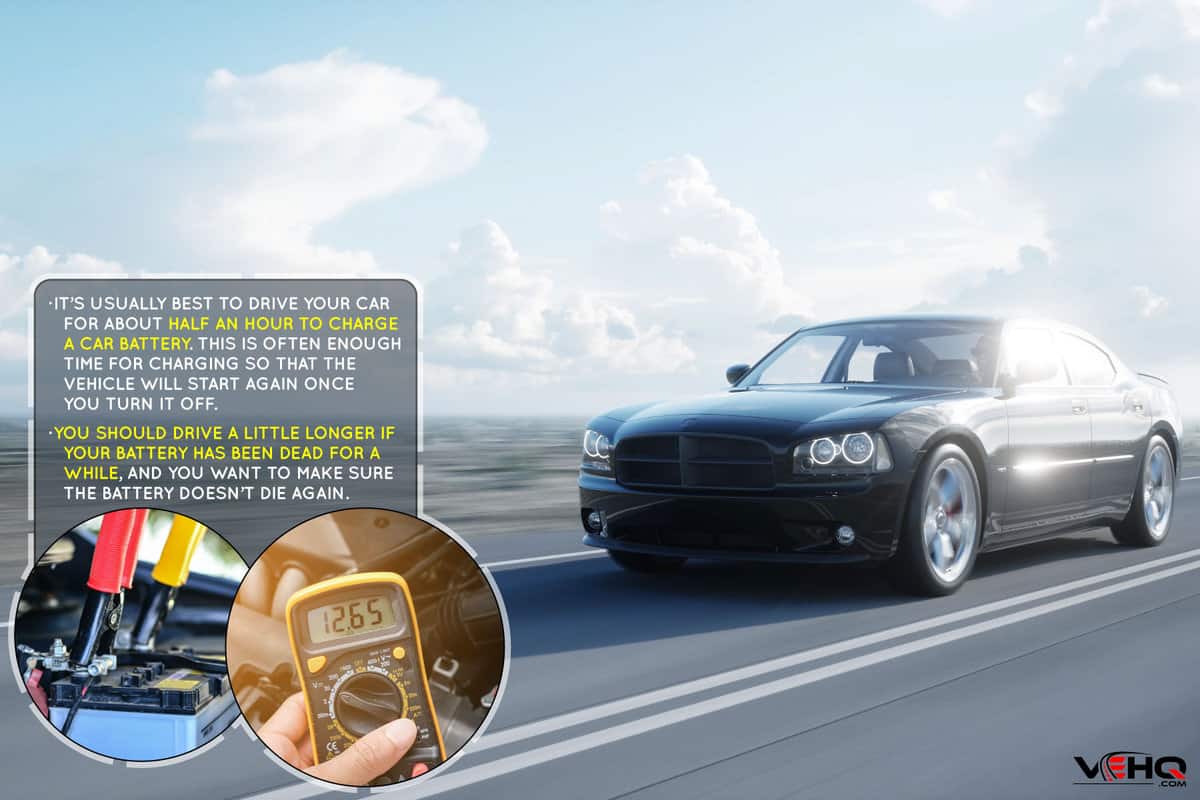 How Long Do You Need to Drive a Car to Recharge a Dead Battery?

If you want to recharge your car battery while driving, you have to operate the car at over 1,000 RPM for a sustained time. The longer the car battery has been dead, the longer the battery will take to charge. However, if you drive for at least 30 minutes, you should be able to charge the vehicle enough so that the battery will still work if you turn the car off and restart it. If you drive for about an hour without using the radio, lights, or any other electrical components of the vehicle, you should be able to charge your car battery fully.

Do Car Batteries Charge While Idling? 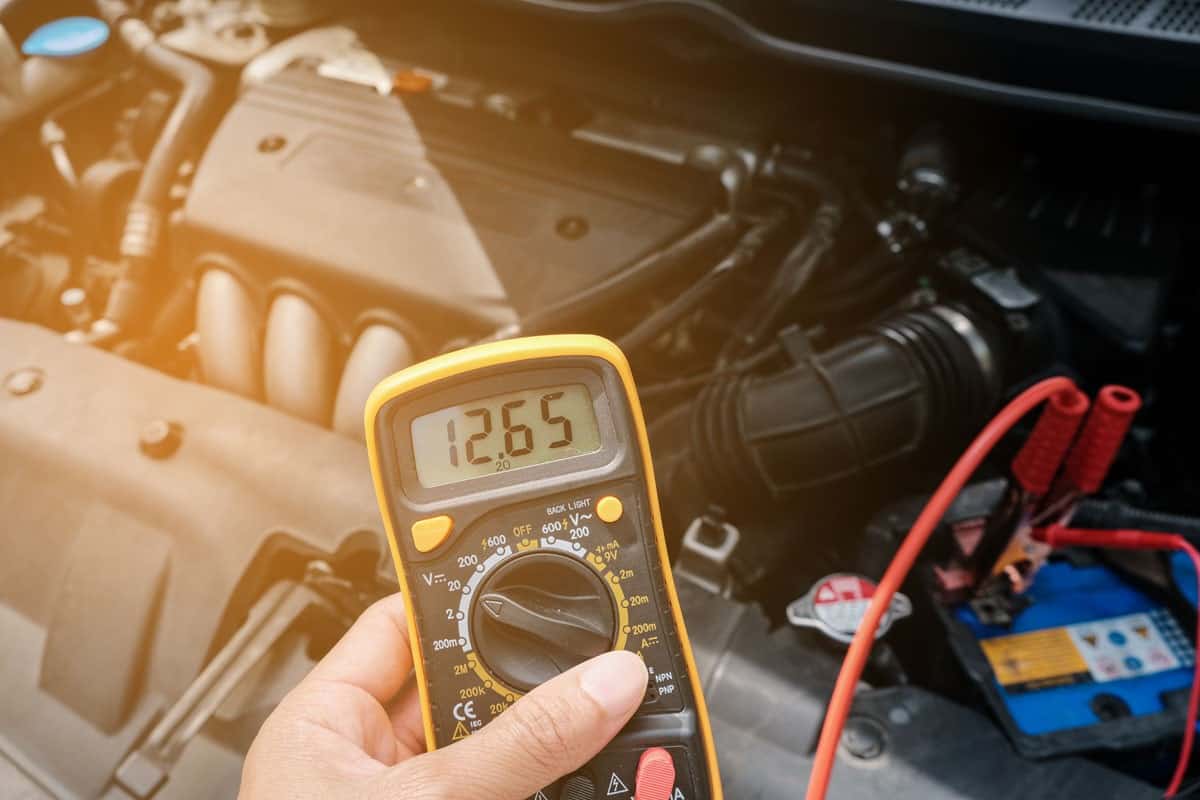 It’s also important to know how your car’s electrical system works before you plan for a long road trip or commute. This will help you understand how your vehicle can charge the car’s battery. The battery is specially designed to give your vehicle enough electricity to the vehicle’s starter, which turns over your engine and gets it running.

When the engine starts running, it will continue running until your car doesn’t have any more gas or there’s a problem with your engine. The engine is connected to the serpentine belt, which helps to keep the car running smoothly.

When the vehicle’s engine turns the belt, this causes the belt to provide power to the other parts of your car so that your vehicle will function properly. The alternator is one of the elements of the car that works according to the function of the serpentine belt. The alternator controls whether your battery is receiving enough power at an efficient rate. 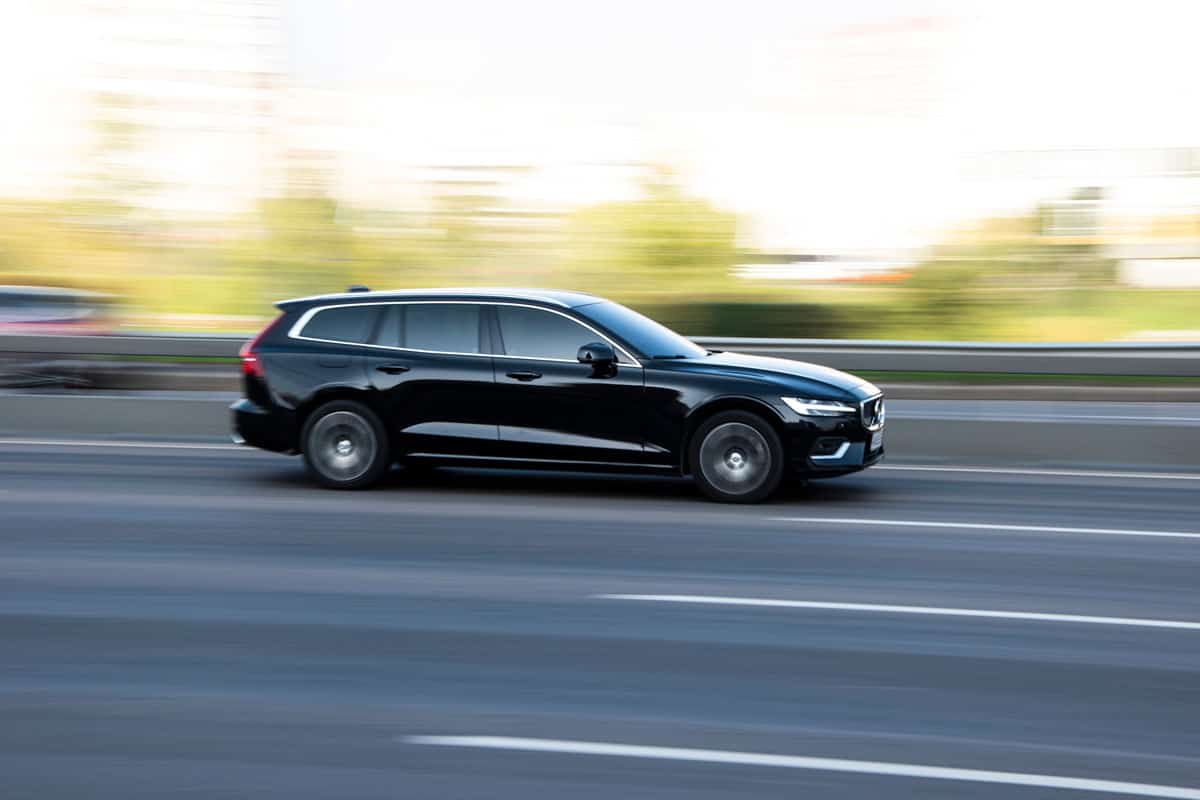 If you rev the engine while you’re charging your car battery, this may help your car to restart faster. Revving the engine speeds up the electrical flow to the weak battery. If you rev the engine, you should hold it at no more than 1,200 RPM. However, after you’ve done this three or four times, you should stop revving the engine. You can keep the battery on the charger for a few more minutes to see if it’s charging. If you still can’t start the car, this could be a sign that your battery has a short circuit, or that your vehicle has other electrical problems in addition to a dead battery.

How Long Does It Take to Charge a Car Battery with a 12 Volt Charger? 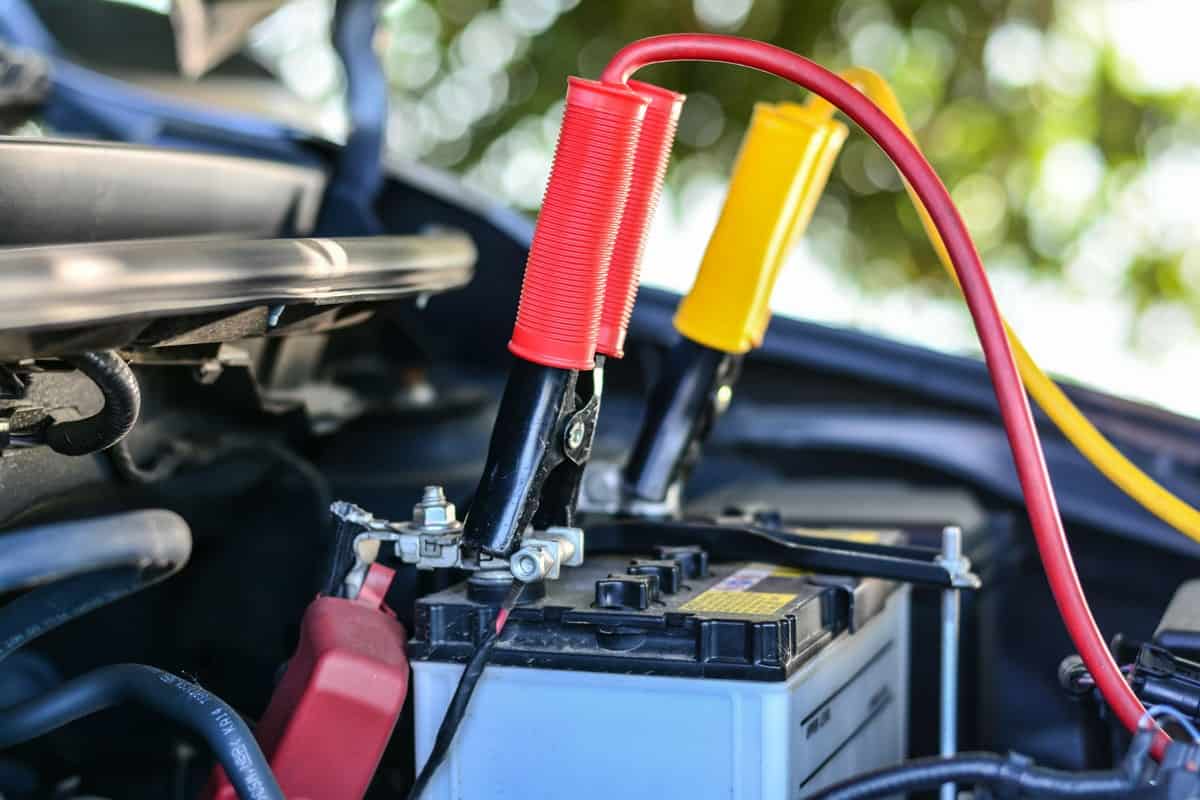 The length of time it will take to fully charge your car battery if you have a 12-volt charger is up to 12 hours. The higher the amperage of the charger, the shorter the charging time. However, if you want to keep your battery charged consistently, it’s best to choose a charger with a lower amperage as opposed to a higher one.

For instance, if you want to charge a battery at 40 amps, your car battery will charge within a few minutes. You’ll be able to start your car and drive it for an hour or two, even if your battery was depleted before you began to charge it. A 40 amps charger is great to have with you when you’re traveling long distances and want to make sure your battery can be charged quickly, especially if there’s no one around to give you a jump.

However, if you’re charging a car battery with a two amps charger, the process could take about 24 hours. The average car battery is about 48 amps, and it requires about 1 amp charge an hour. You can use this low-amp charger to “trickle charge” your battery and keep the battery at a certain level consistently.

Can You Leave a Car Battery Charger on Too Long?

When you’re using a battery charger, try not to leave the device on the battery for more than an hour. If the charger has a display screen that lets you know the charging status, remove the charger once you see that the battery is fully charged. 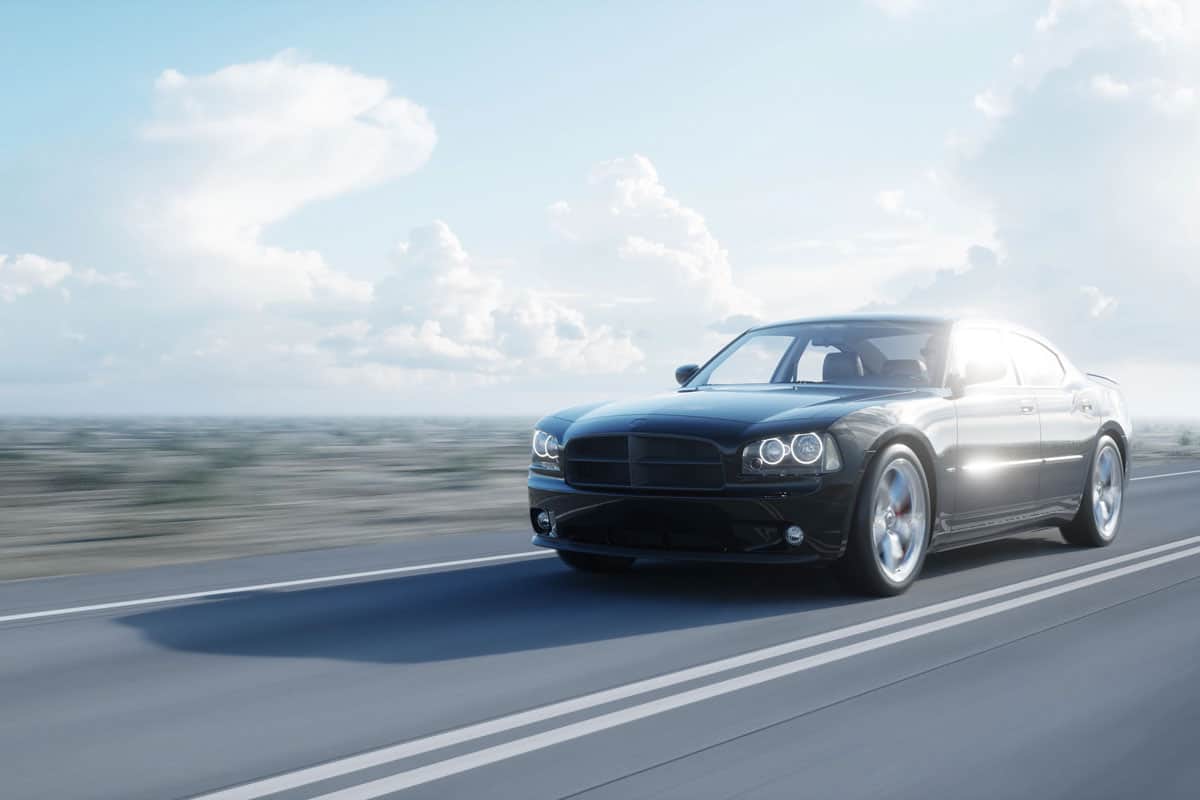 It’s essential to get a quality battery charger for your car. The right device will charge your battery faster and keep the charge for a more extended period of time.

The Genius 1 from Noco is an ideal car charger for 6—volt and 12-volt batteries. However, the charger also works on batteries as low as 1 volt. The device is easy to use and allows for precision charging. The charger also includes a thermal sensor that will detect the temperature and alters the charge to keep your car from over-charging or over-heating. The temperature regulator also prevents the car from under-charging in cold weather.

Click here to see the Noco Genius 1 on Amazon.

You may also want to try the Ampeak battery charger. This device works on 6-volt and 12-volt acid batteries. The charger is great for cold climates since it has a winter charging mode feature, which is designed for giving the battery a longer life during harsh weather. The Ampeak has multi-stage charging, so you won’t have to worry about over-voltage. You can also take a look at the LCD on the device to keep up with the charging status and any error information.

Click here to see the Ampeak battery charger on Amazon.

The Tacklife Car Jump Starter is another ideal product you can keep in your trunk in case of an emergency. The charger has 800 amps peak current so that it can start cars with a 12-volt battery, as well as trucks, SUVs, and vans. The charger allows you to charge these vehicles up to 30 times on a full charge, and the charging process takes about four and a half hours. The charger also has USB ports that allow you to charge your phone or other car accessories while you charge your battery.

Can a Car Battery Charge Itself? 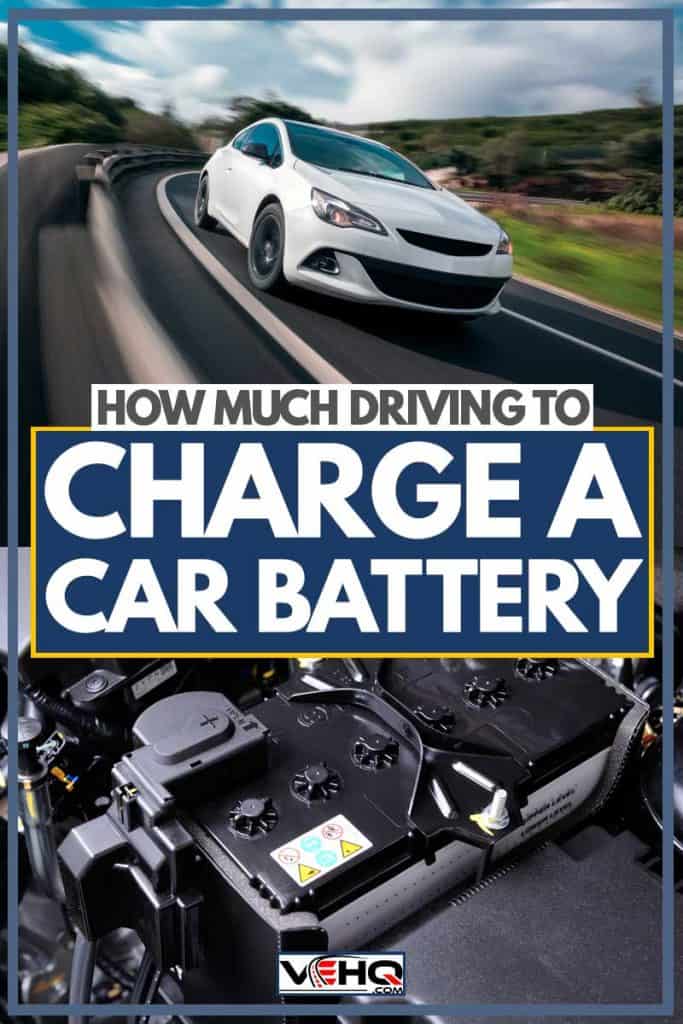