A truck's curb weight is an important vehicle spec that factors into several of the truck's maximum capacities. Knowing what the curb weight is will give you a better grasp on why your GMC Canyon has the towing capacity and payload maximums that it has. It will also make you a little more conscientious about how much you load into the bed or cab. So how much does a GMC Canyon weigh? We've consulted the manufacturer's specs to bring you the answer.

The GMC Canyon weighs between 3,842 pounds and 4,243 pounds. The weight varies based not only which trim level you're looking at, but also on the bed length, cab size, 4x2 and 4x4 models, and even the type of upholstery. The curb weights, based on the trim level, are as follows:

For 2021, GMC is offering consumers 14 different variations of their Canyon model pickup truck. We've spent time compiling specs for the GMC Canyon from official sources and have them ready for you. Continue reading to discover the exact curb weight when we break it down by cab size, bed length, and other options. We'll also talk about what truck class the Canyon model falls into, what the maximum payload capacities are for the 2021 models, and how payload might affect your overall fuel economy. 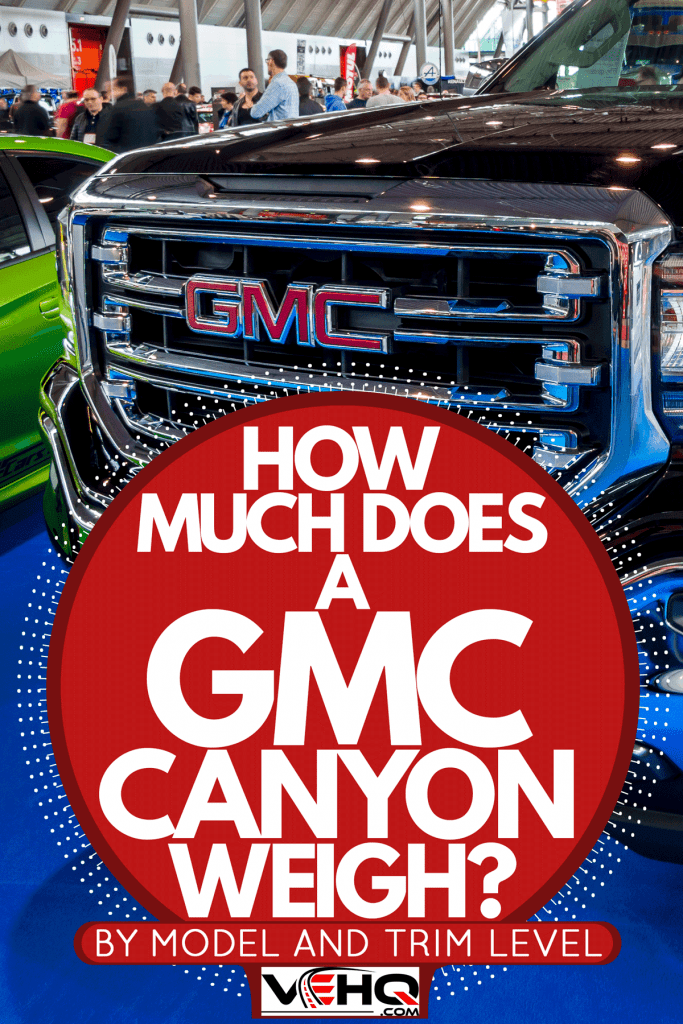 How Much A GMC Canyon Weighs 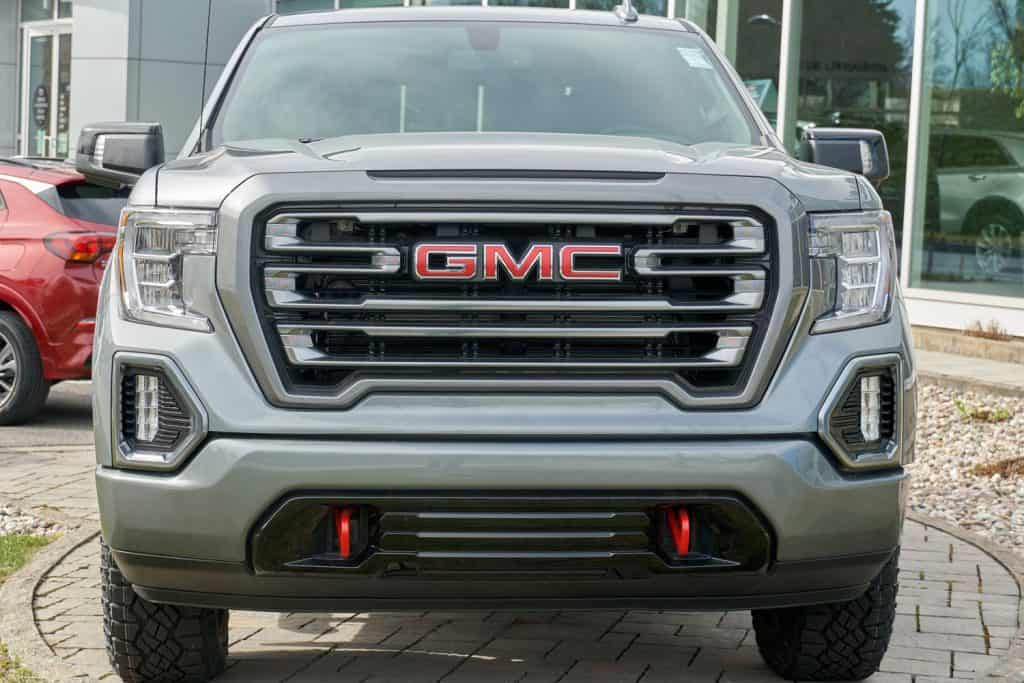 Your GMC Canyon's curb weight refers to how much your truck weighs when it is completely empty of cargo and passengers. Below are the curb weights for the 2021 models, separated by trim levels:

The 2021 options for this trim level are a little more limited than in years past. The Elevation Standard has two cab options, only one of which is available for the 4x4.

The Elevation trim level has four options available to truck buyers in 2021.

GMC has brought back their popular all-terrain medium-sized pickup truck for 2021. The AT4 has four options again this year.

GMC has also brought back its luxury trim level, Denali, for 2021.

Is GMC Canyon A Half-Ton Pickup?

While the GMC Canyon isn't technically in the half-ton pickup class, it is capable of carrying almost as much payload as other trucks in that category. You might be asking yourself what half-ton, three-quarter-ton, and ton refers to when those terms are used in conjunction with a type of pickup truck.

The GMC Canyon falls into the "mid-size" pickup class. Most of these pickups are smaller than their half-ton counterparts and have less towing capacity. These trucks are great for transporting small equipment and for moving a friend, but not as ideal as a half-ton for regularly carting around heavy loads.

What Is The Maximum Payload Capacity Of GMC Canyon?

Knowing your vehicle's maximum payload capacity is critical if you are using it to haul a lot of heavy cargo. The payload capacity refers to how much weight your GMC Canyon can carry on its axles, in addition to its curb weight. This payload capacity not only takes into account the amount of weight that is being stored in the bed of the pickup for hauling, but it also combines it with the weight of everything and everybody in the cab.

Exceeding a vehicle's maximum payload capacity can result in some costly damage to your GMC Canyon. Too much weight on board can lead to damaging the truck's frame and axles, and will most certainly put undue strain on the truck's engine and transmission. Staying within the manufacturer's recommendations will ensure a much longer road life for your truck.

Below are the payload capacities for various models of the 2021 GMC Canyon, broken down by trim level, bed length, cab size, and 4x2 and 4x4:

Prior to the 1980s, there were two things that greatly increased fuel consumption by an internal combustion engine: faster acceleration rate and overall weight. Thus, decreasing the amount of weight that the engine has to carry will mean more fuel miles to the gallon. Since then, the industry began to rapidly adapt to consumer demands for better fuel economy. They have made substantial improvements regarding fuel consumption.

Does hauling more weight still reduce MPG? Of course, but not nearly as bad as it did decades ago. A vehicle will use most of its fuel getting up to cruising speed, and the more weight it's carrying, the more fuel and energy is spent getting to this speed. But once you're cruising, the main culprit behind decreasing your miles per gallon is wind resistance.

The GMC Canyon has shown to be a popular midsized pickup truck since it was launched in 2004. With a moderate payload capacity and the ability to tow, it's been a really affordable truck option for consumers. While it has fewer trim levels than in years past, the option of having a 4x4 truck with a sizable cab gives buyers plenty of choices if they continue to stick with the GMC Canyon.

If you're interested in learning more about the GMC Canyon, the following posts might be helpful to you:

How Long Is A GMC Canyon? [By Truck Model And Trim Level]