When it comes to the best pickup truck debate, you will always hear the name RAM come up. Their most powerful engine, the 6.7L Cummins Turbo Diesel Engine, is capable of producing 400 hp with 1,000 lb-ft of torque. But how much oil does it take to power up this bad boy? We did in-depth research, and here's what we found out.

For a 1,070-lb engine, the 2010 or newer 6.7L Cummins engine will need about 12 quarts of oil. Earlier model trucks might hold slightly less oil so it's important to consult your vehicle's manual.

Are you interested in learning more about this beast of an engine? Stick around as we discuss relevant topics like the best engine oil brands for the 6.7 Cummins, the issues that the 6.7 Cummins have, and the models that sport this mighty engine. Let's get into it! 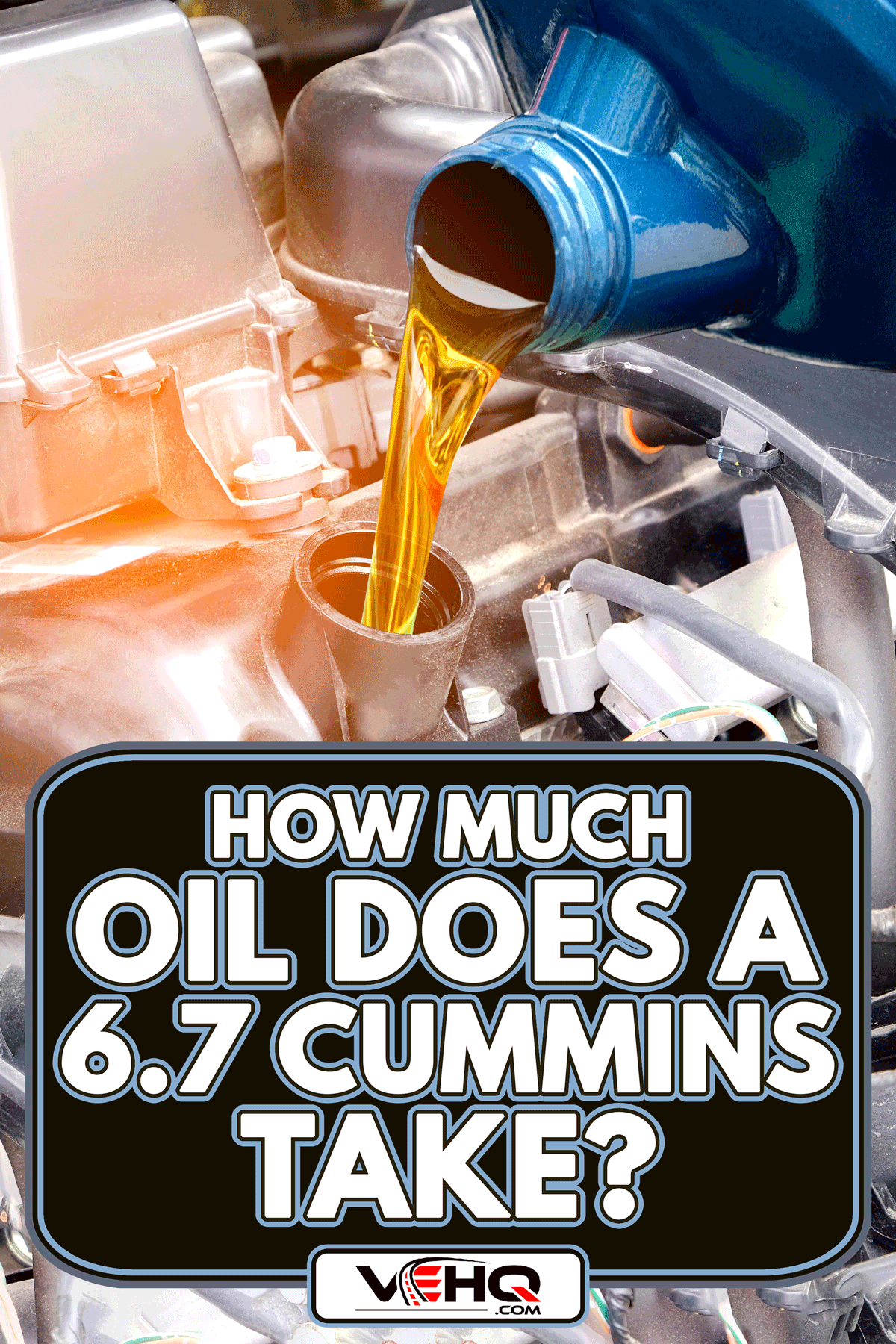 What Type Of Oil Does The 6.7 Cummins Take?

The manufacturer recommends two kinds of oils for two different kinds of driving environments. If you're going to be driving in temperatures above zero degrees, the 15W-40 oil is highly recommended. However, 5w-40 engine oil is best if you drive in below zero-degree conditions. 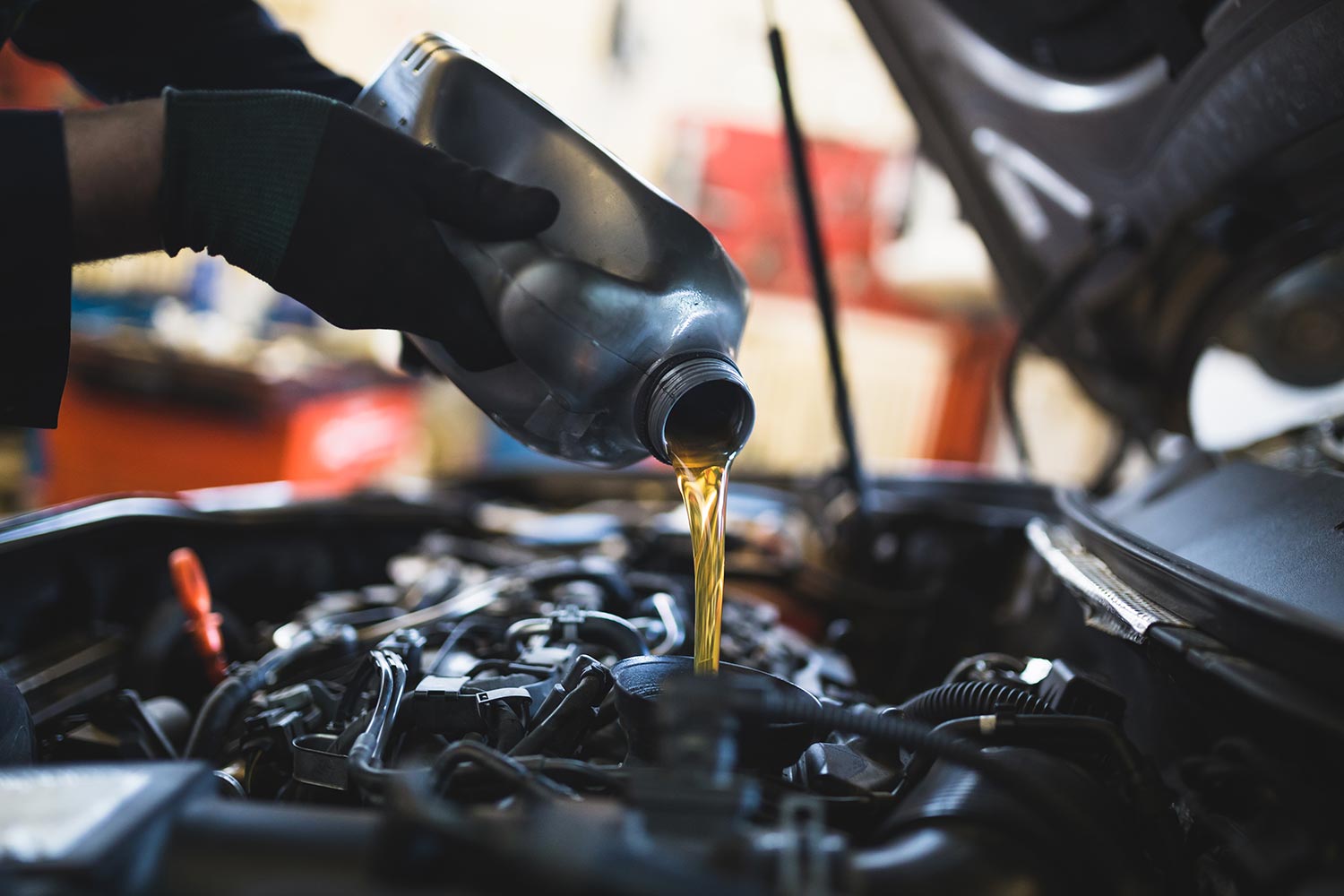 A viscous fluid is thick and sticky. Every specific engine will need a different kind of engine oil because of its internal engine specifics. Engine oils are formulated from either mineral and/or synthetic base oils. Additives are also added to further improve the quality and function of engine oils.

What Are The Best Engine Oil Brands For The 6.7 Cummins? 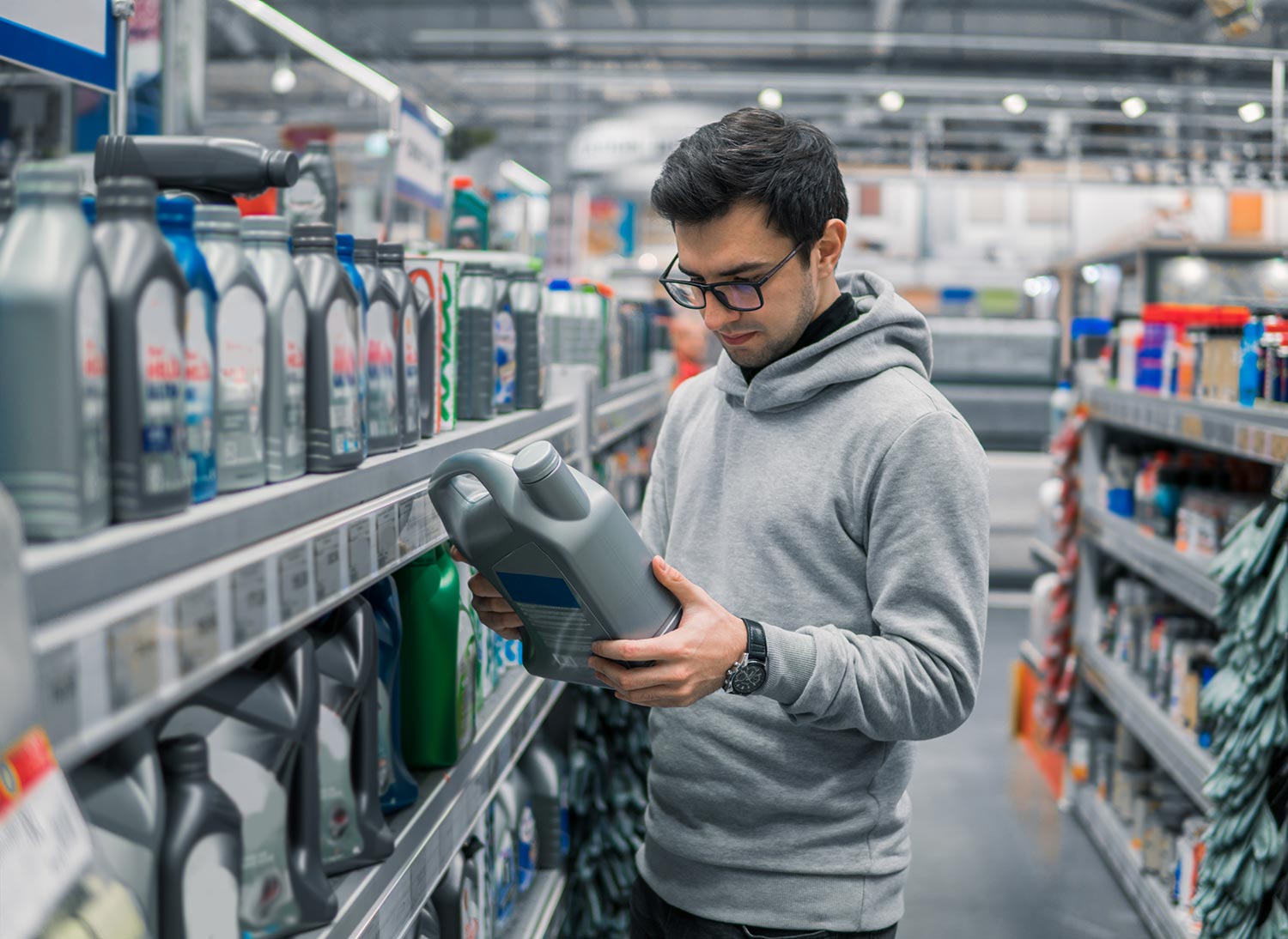 A synthetic motor oil, Shell Rotella T6 will provide superb fuel economy to your vehicle. Its Triple Protection Plus technology works like a charm in keeping your Cummins engine safe from contaminants and debris. This technology utilizes reduced viscosity oils that help increase fuel efficiency while maintaining stability and, oftentimes, reduced CO2 emissions.

The Shell Rotella T6 also works perfectly with turbocharged engines like the 6.7 Cummins. A reviewer in the Cummins Forum stated, "Rotella T6 triple protection has the highest zinc content and this is a must." Zinc acts as a coating that provides protection to engine components and reduces wear.

Check out the Shell Rotella T6 5W-40 on Amazon.

Another unique characteristic of the T5 is that it can work with a lot of engines. Not only does it work well with the 6.7 Cummins, but it could also work with ATVs, lawnmowers, tractors, and even chainsaws.

Click here to check out the Shell Rotella T5 15W-40 on Amazon.

The formulation provides a safe start in freezing temperatures while protecting the engine from any unnecessary engine wear. Another feature is that this motor oil has excellent oxidation resistance which supports longer oil life quality and improved performance. The Valvoline Premium Blue also has great feedback from a lot of reviewers from the Cummins Forum.

Geared toward heavy-duty diesel engines, the Mobil 1 Turbo Diesel is a synthetic motor oil that's formulated to be used in extreme weather conditions. So if you drive in an area where snowstorms are commonplace rather than heat waves, this is perfect for you.

The formulation of the Mobil 1 Turbo Diesel motor oil works with with engines with the intended applications that a 6.7 Cummins would have. It is specially formulated to prevent the formation of sludge and help cut out other types of damaging buildup. Additionally, it also features easy engine start-ups, especially in low-temperature conditions which can also reduce engine wear and tear.

What Issues Does The 6.7 Cummins Have? 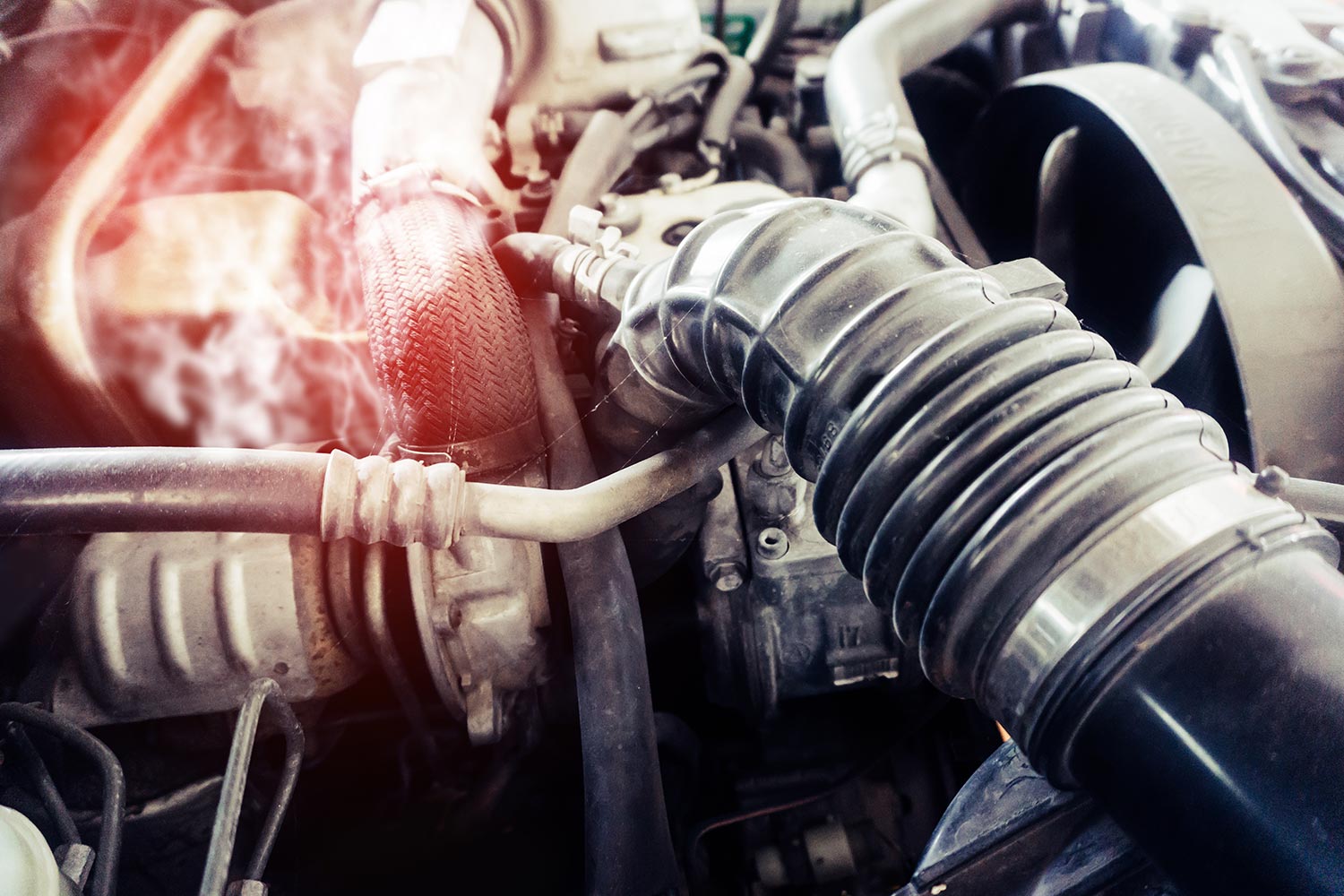 The 6.7 Cummins is an engine that is capable of producing 400 hp and 1,000 lb-ft of torque. It takes a lot of energy and moving parts to reach that amount of power at a consistent rate.

While the 6.7 Cummins is considered to be a fairly reliable engine, it is not immune to engine troubles. After all, no engine is created perfectly. Let's take a look at the common engine problems that the 6.7 Cummins engine might encounter. 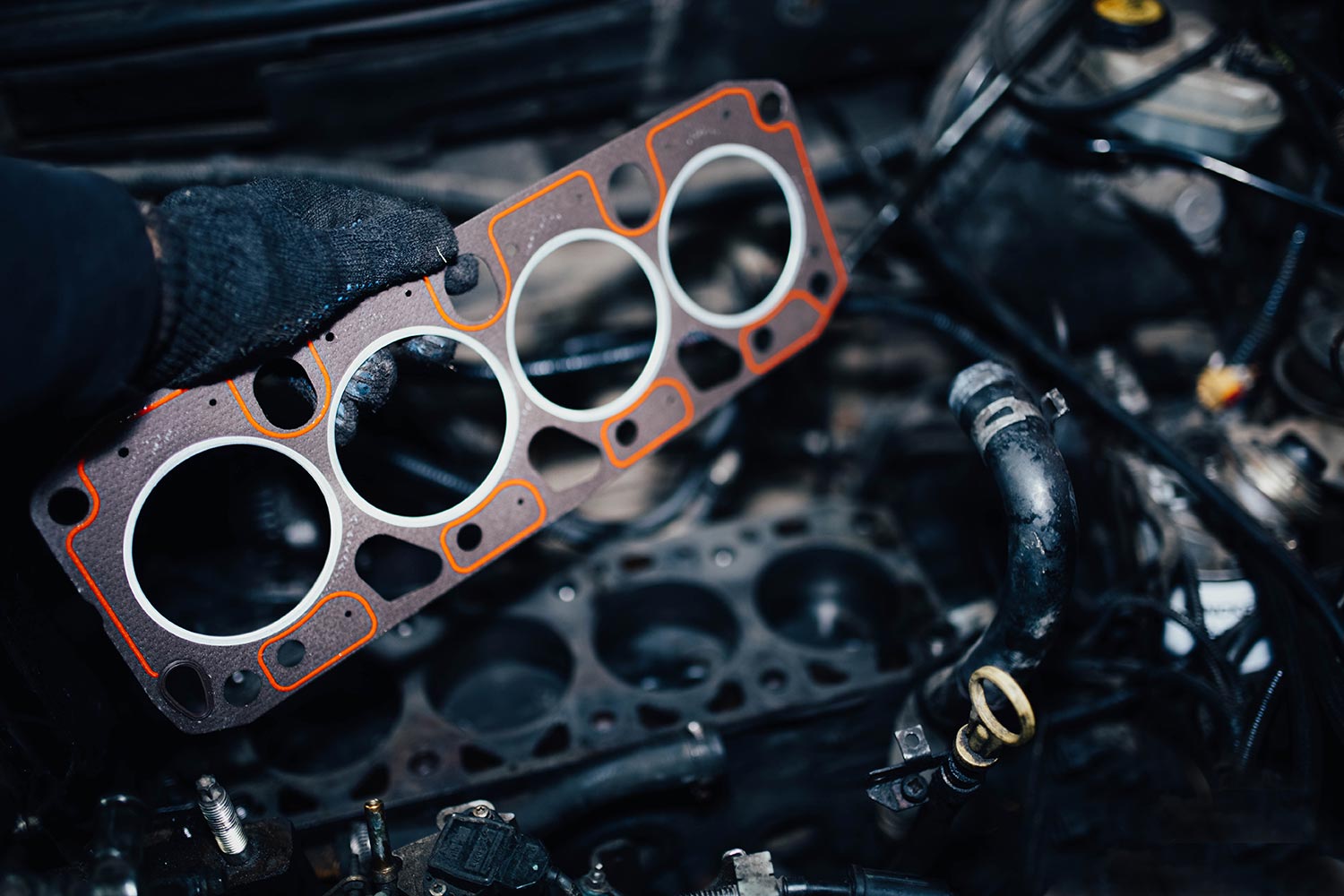 This is not a common problem for many owners of a 6.7 Cummins. You might not even encounter this on your engine.  However, the number is significant enough when you add it to the fact that head gasket replacement can be quite expensive. This is a problem is worth noting.

Head gasket failure on the 6.7 Cummins might be due to the amount of power that the engine produces. This causes a lot of stress to engine parts, especially the head gaskets. Once your head gasket fails, coolants can potentially seep into the combustion chambers and cause coolant burning.

Some symptoms of a head gasket failure might include overheating and the production of white smoke with a sweet smell.

EGR stands for Exhaust Gas Recirculation. It's a system that helps reduce the emission of nitrogen oxide in automobiles. It is a problem common to many diesel trucks, and the 6.7 Cummins is no exception.

EGR cooler problems arise on 6.7 Cummins that tend to have higher mileage. Symptoms of EGR cooler failure might include a lower coolant level than expected, a white smoke at the exhaust, and it could also be that the coolant has leaked.

Cleaning the EGR valve might make a temporary stop to the issue, but it's usually best practice to just replace the part itself - especially with older 6.7 Cummins engines. 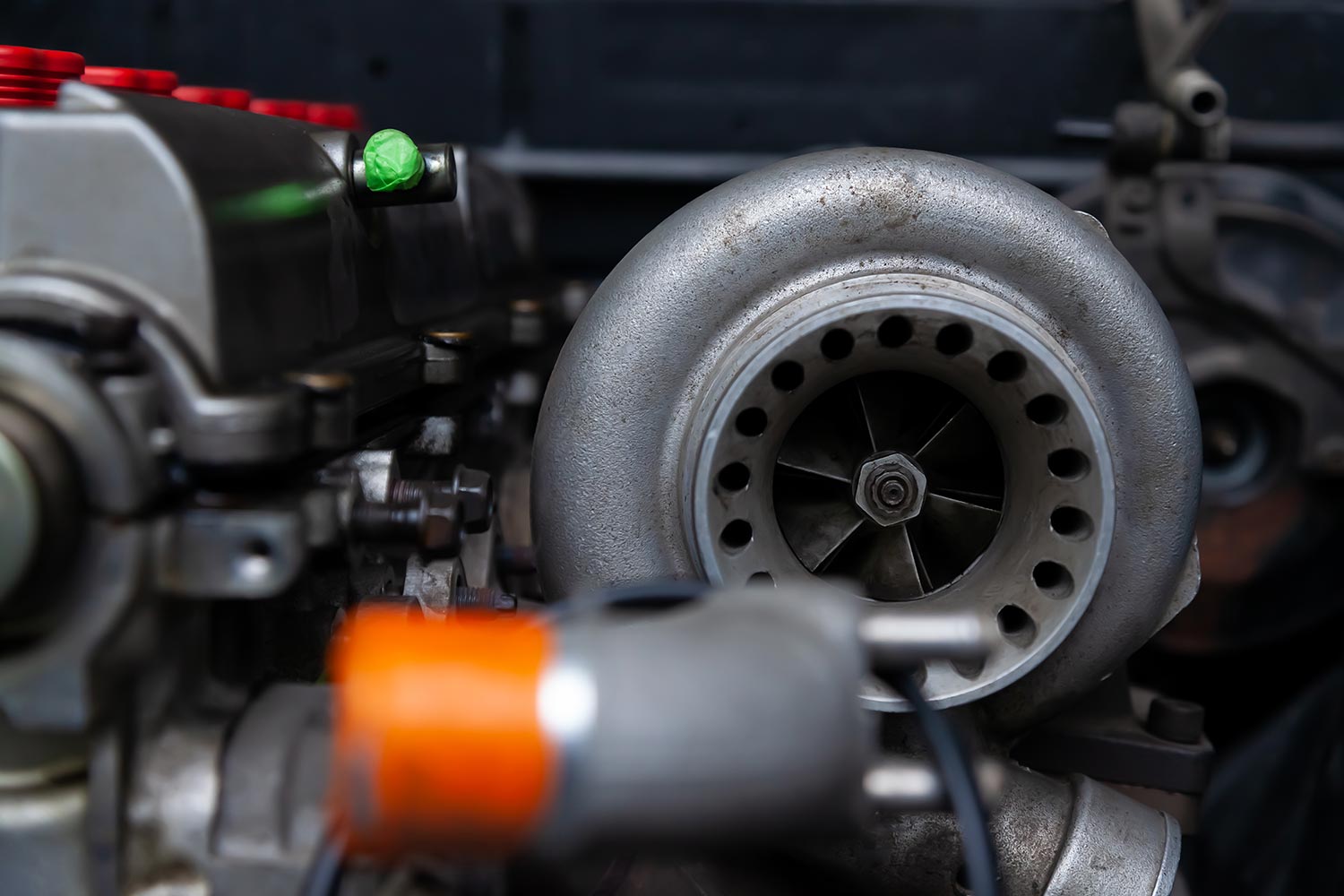 Turbocharged engines often have issues just because of the way they are used. They produce a lot of power and their components naturally may take a beating during the process.

Turbocharger problems can occur at any point, but they typically show up when your engine already has high mileage. As it ages, oil seals might start leaking and bearings might become worn. This is due to the high RPMs that a 6.7 Cummins operates on.

There are symptoms to look out for that might be coming from your turbocharger. One example is excessive smoking from the exhaust while having poor performance. Another symptom could be whining sounds that make it seem like your engine is working too hard to produce power.

When you notice these things on your vehicle, it is best to upgrade or replace your turbo system. New replacements can come in at around $1,00o to $2,000, often double, and a remanufactured turbo will run around $1,500.

Now, this is a common problem for a 6.7 Cummins engine. DPF stands for diesel particulate filter. It's a filter that captures and stores soot coming from the exhaust system to lower emission levels from diesel engines. This filter, however, has only a finite capacity. Once the soot has reached a certain level, the DPF has to be emptied to regenerate the DPF.

One of the main things that you'll notice when there is a DPF problem is that your engine might have a noticeable loss of power. If exhaust gasses can't escape efficiently, it will have a significant effect on the power output of your vehicle, making the car run poorly. Other symptoms of DPF clogging are long cranks and engine fault codes flashing on your control panel.

To Sum It Up

The 6.7L Cummins is a beast of an engine. To put it simply, this engine was manufactured to be a workhorse that can take on heavy-duty tasks with ease. Remember that the 2010 or newer 6.7L Cummins engine will need about 12 quarts of oil. Earlier model trucks might hold slightly less. You should consult your vehicle's manual for details.

There is a lot of power that this engine can provide, but it can't be dismissed that it also has its fair share of problems. One thing is for sure, though, it will do the heavy lifting for you if you maintain it well. Drive safe!

If you found this article helpful, you might also enjoy reading some of our related posts.