While it's tempting to think that "more is always better," that's not necessarily true, especially regarding an alternator's voltage output. In this article, we look at the limitations of a good alternator and how much voltage is too much.

A car alternator will supply about 14.5 volts at peak output thanks to its voltage regulator, which monitors the car's battery voltage and regulates the output accordingly.

Theoretically, when an alternator's voltage output goes above 14.5 volts, it's most likely you have a faulty voltage regulator.

Are you curious about the inner workings of an alternator? Do you want to know the telltale signs when the voltage regulator has failed? If you do, then keep reading. We'll explain what the alternator does and how it works in detail.

What Does An Alternator Do In A Car? 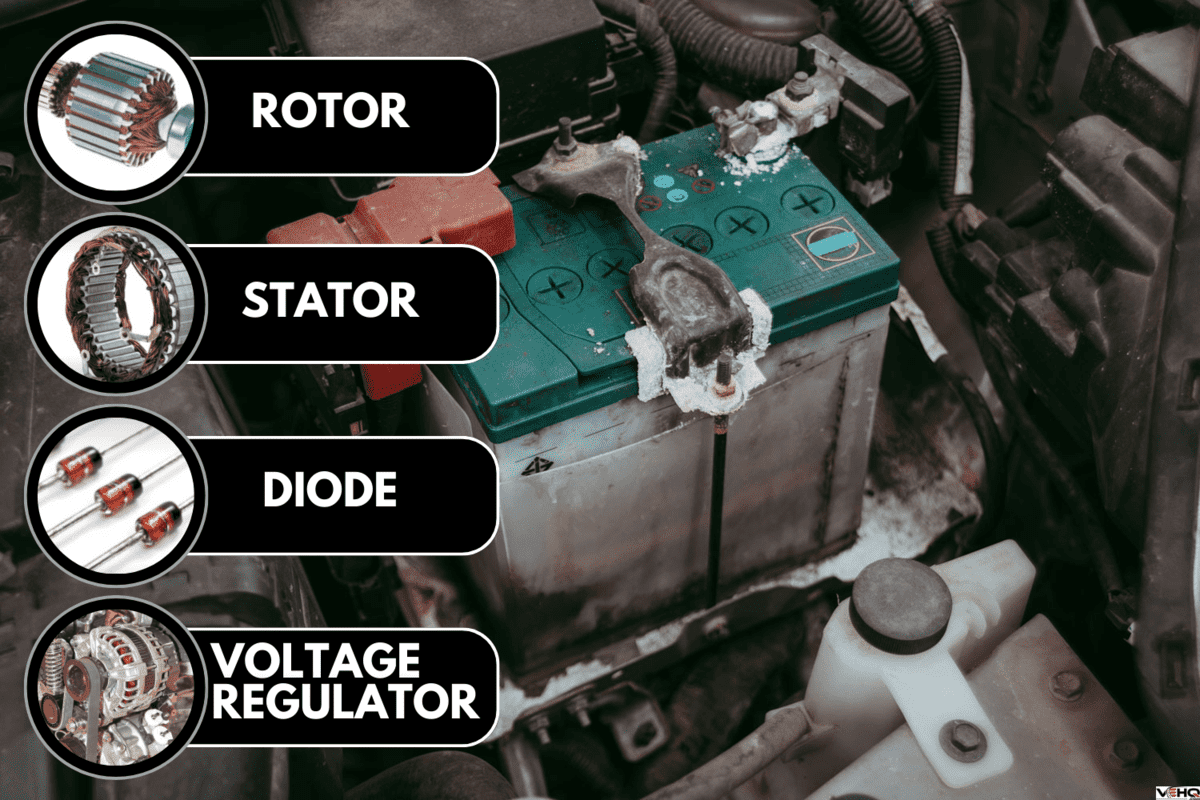 A car alternator converts mechanical energy from the engine to electrical energy. There are four main parts of the alternator. These include:

A rotor is basically the moving part of an alternator.

It's made up of copper wire coils driven by the crankshaft, which generates a magnetic field when it spins and produces alternating current (AC) through electromagnetic induction.

Copper is used because it is the most suitable material for alternating current to flow through until it reaches the rectifiers to be converted to direct current (DC).

In an alternator, the stator is the stationary part of an alternator that provides the right conditions to create electromagnetism.

It is made up of magnets attached to the stator assembly's outer surface surrounding the rotor.

Diodes act as rectifiers, which convert AC into DC. Your car battery can only be charged with direct current (DC).

Not only does your car battery need DC to power it up, but the same goes for all of your car's electrical systems and electronics.

When your battery's charge drops below a certain level, the alternator generates electricity to charge it. The voltage regulator ensures that the alternator will produce the correct voltage to charge the battery.

What Happens If The Voltage Regulator Of An Alternator Fails?

The voltage regulator is a safety device on an alternator that ensures the voltage it produces to power the battery remains constant.

When the voltage regulator fails, the alternator will go beyond safe limits and generate too much voltage. This will result in overcharging the battery, and the damage can be catastrophic.

Signs Of A Bad Voltage Regulator

Nothing stops the alternator from charging the battery at higher than normal voltage anymore if the voltage regulator has gone bad.

Since an alternator with a bad voltage regulator will cause the battery to overcharge, you should be able to tell when the regulator is bad by looking at the signs of an overcharged car battery.

Here are a few of them:

If you're driving your car and see that the dashboard gauge indicates high voltage reading, the alternator may be charging the battery excessively.

If a check engine light accompanies the high voltage reading, it confirms your suspicion. Grab your OBDII scanner and see if it shows a code P2504.

This could indicate a bad voltage regulator or a more severe issue in the charging system.

While it's impossible to touch the surface of your car battery while driving, one of the easiest ways to tell if your battery is getting too hot is when you smell something like a rotten egg under the hood. 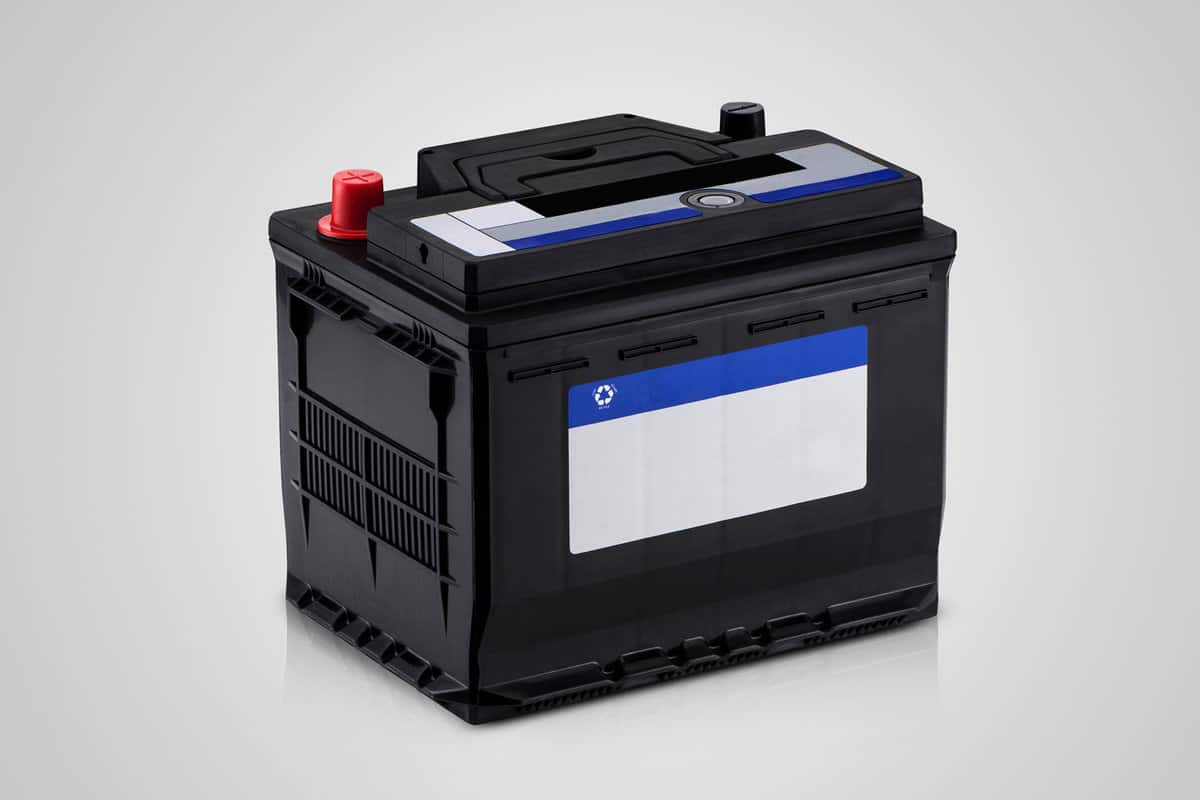 The car's headlights quickly burn out

An overcharge of the car battery can damage the headlight and cause premature burnout. Your car's headlight filament is made of tungsten and needs to be heated to a certain temperature before it can glow.

When you have an overcharged battery, the filament will quickly burn out, and your car's headlights will go out.

It's important to understand that a car battery is an electrochemical reaction that creates an electric current when chemicals interact.

As the chemicals react, a buildup of gas occurs inside the box. The chemical reaction's heat creates this gas pressure.

Overcharging causes the battery to swell because the chemical reactions are too rapid, and the battery cannot catch up with the volume increase. The more overcharged a battery is, the larger it will swell. 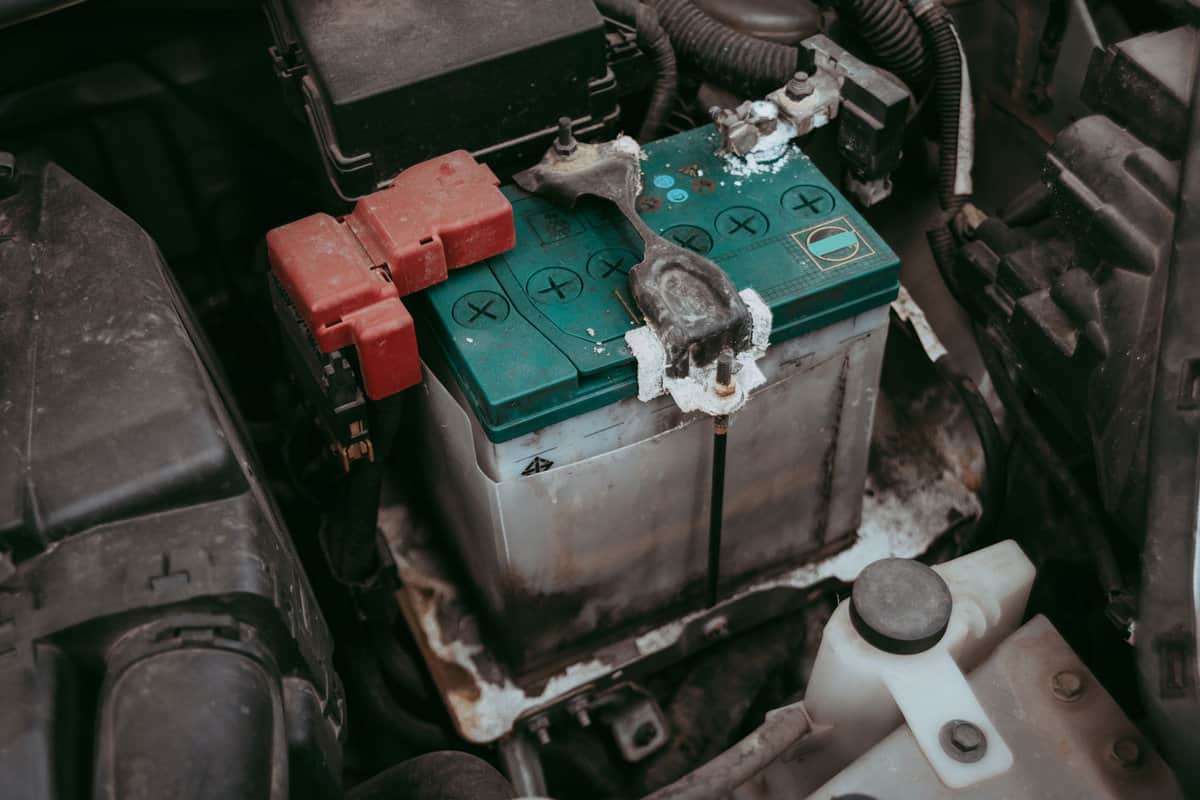 Should I Replace The Voltage Regulator Or The Entire Alternator Assembly Itself?

While it may sound like a good idea to replace only the faulty part of an alternator, you may save yourself a few dollars by replacing the entire alternator itself instead of just the defective parts of it.

Replacing the entire alternator assembly is the preferred option because it is cost-efficient and simple. This is particularly true when the voltage regulator is the only part that has failed.

Besides, if your alternator has been around for quite some time, you may want to replace the bearings and the brushes. So it just makes sense to get a new alternator.

How To Replace A Car Alternator

Check out this mechanic's tool set on Amazon.

What Causes An Alternator To Fail?

A car alternator will fail due to either internal or external causes. Internal failure is caused by parts' normal wear and tear, namely damaged windings, loose bearings, and worn brushes.

On the other hand, external failure occurs when something foreign enters the alternator and causes it to fail. Here are the common causes why an alternator will fail:

Overheating is a major cause of car alternator failure. Heat expands the core, causing the coils to stretch and eventually lose contact with the brush.

Coolant or engine leaks also cause alternators to fail. Fluid entering the system disrupts the magnetic field and electricity generation.

This can result in the alternator completely shutting down. 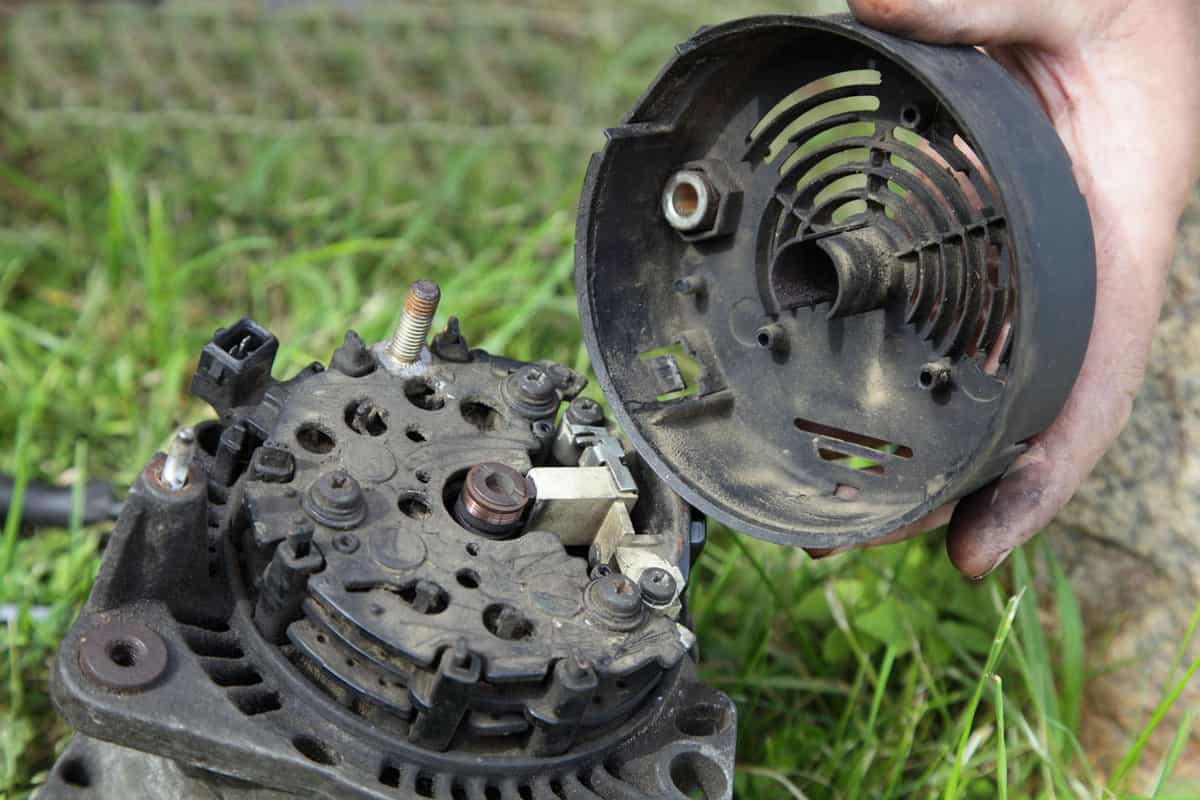 Which Powers My Car: The Alternator Or The Battery?

When a car runs, the alternator generates electricity to keep the battery charged and continues to supply electricity to the car's electrical system after the vehicle is started.

Can You Start A Car With A Bad Alternator?

Always remember that an alternator's main function is to keep the continuity of current in the car battery when the car is running. It is responsible for charging and maintaining the battery voltage at 12 volts.

The battery voltage is the source of power to crank up your engine. If you have a bad alternator, you may still be able to crank the engine up if the car battery is fully charged.

However, since the continuity is cut off, the car will only run until the battery is depleted.

How Long Can I Expect My Car Alternator To Last?

Knowing how long your alternator will last before it needs replacement is essential, especially if you plan to do any significant amount of driving over the next year.

Typically, an alternator has an expected lifespan of about 150,000 miles.

This is a rough estimate, though, because factors such as driving habits and weather conditions can significantly affect the life span of your alternator. 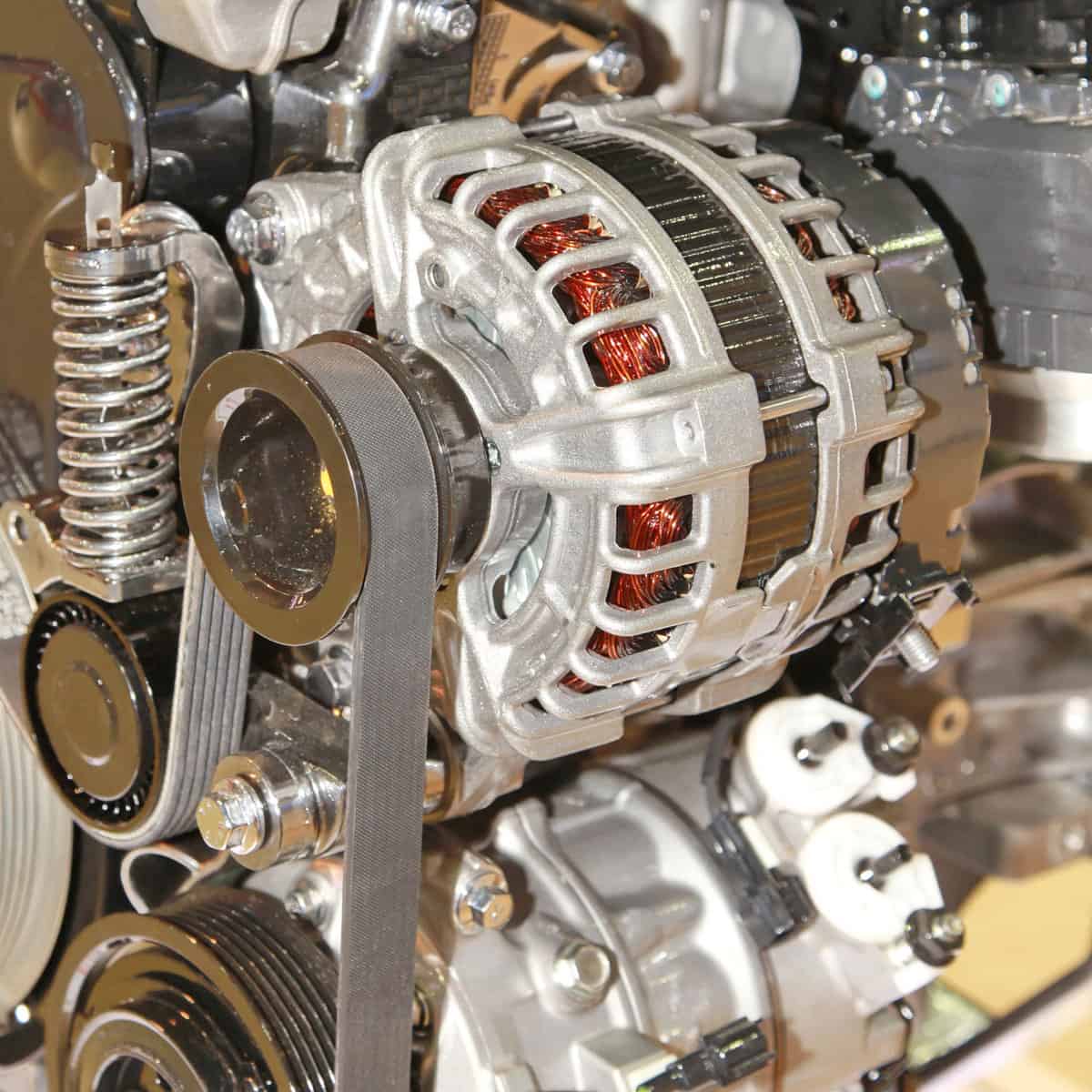 How Much Will A New Alternator Cost?

While the price of a new alternator varies depending on a variety of factors, such as the manufacturer, how many amps it can output, and the size of your vehicle, it can run you anywhere between $150 to $250.

This amount can vary depending on whether you purchase the part as remanufactured from the factory or buy it from a local dealer.

This article has discussed the limitations of an alternator and why you should pay close attention to how much charge your alternator is putting out.

And while we have your attention, check out these helpful related articles:

Do You Need To Charge Your Battery After Replacing The Alternator?

How Long Does It Take To Replace An Alternator [Inc. DIY & At Repair Shop]?