Skip to Content
Ford Rangers are a popular truck - so popular that they've been released for literally decades. Rangers have been available since the '80s. When Ford temporarily discontinued the line in 2012, they brought it back just a few years later in 2019. They're a bit more affordable than many of their heavy-duty counterparts, like the F-series trucks. But to know if it will meet your needs, it's essential to know just how much weight can a Ford Ranger carry.
The payload capacity of a current Ford Ranger is between 1609-2128 pounds. This covers models from 2019 to the present day, with the Ranger as a mid-sized pick-up. Earlier models before this time are much lower. From 1983-2012, the Ranger was a compact pick-up. This difference in build meant it had a lower payload of 1250-1800 pounds.
Keep reading to learn more - just what is payload capacity and what does this include? How much weight can you put on the bed of the truck? How many passengers can a Ranger fit? This article explains all that and more, so you can decide if the classic and ever-popular Ranger can work for you. 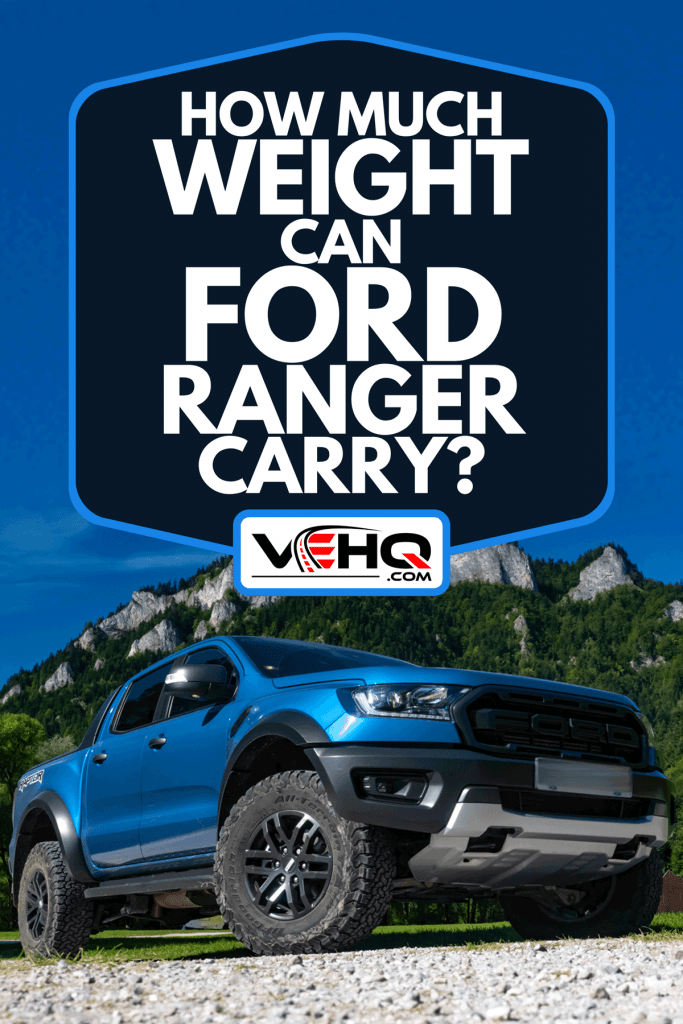 What Does Payload Capacity Include?

All vehicles have several weight measurements. The curb weight is basically how much the car or truck weighs, empty and sitting. This weight is just the vehicle - it doesn't include passengers, cargo, or anything else that's added to the vehicle separately. The gross vehicle weight rating is the maximum that the car can safely weigh - this does account for adding passengers and cargo.

So, if you take the gross vehicle weight rating (GVWR) and subtract the curb weight, the number left tells you how much you can add to an empty vehicle. This is also known as the payload capacity - it's the amount you can safely load into the car with passengers, tools, cargo, etc. The payload capacity and the curb weight will always add together to equal the gross weight (or GVRW).

The GVWR stays pretty consistent. But the curb weight and, therefore, the payload capacity varies. Even between Rangers of the same model year, different options change the curb weight. For example, whether your car is automatic or standard influences the weight. You can find your vehicle's different weights by checking the car information sticker. This is usually on the driver's side door jamb or somewhere inside the door frame. 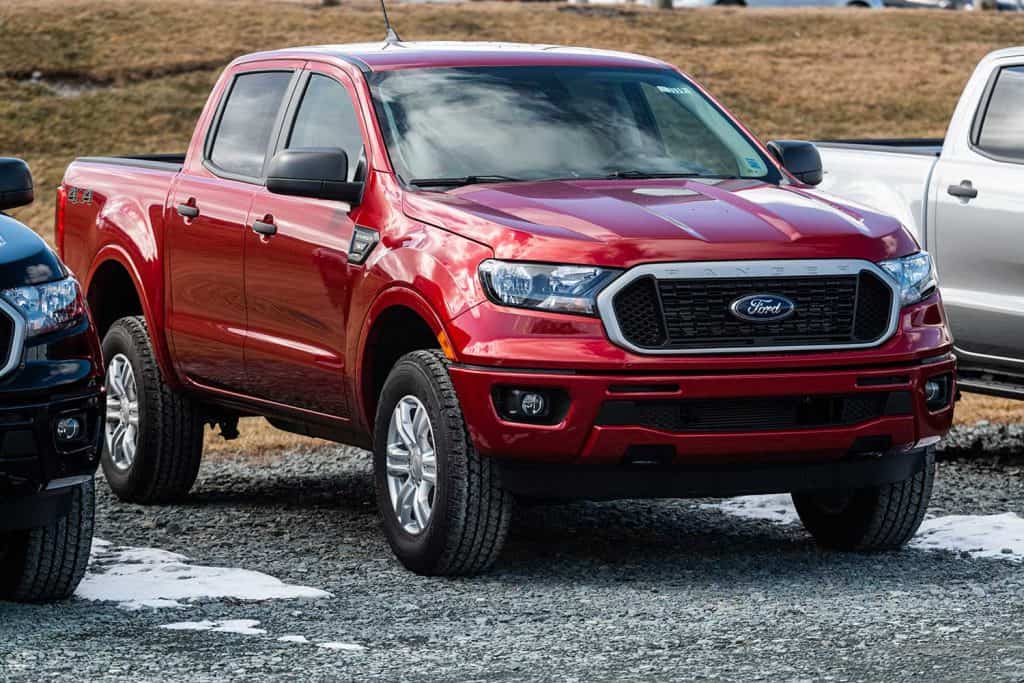 How Much Weight Can I Put In The Bed Of My 2010 Ford Ranger?

The weight in the bed of the truck is part of the payload capacity. If you overload the truck with too much weight, it can damage your suspension. It can also be dangerous, as it can make the truck unstable or make braking difficult.

How Much Weight Can I Put In The Bed Of My 2007 Ford Ranger?

In a 2007 Ford Ranger, the payload is about 1700 pounds. You can carry all 1700 pounds in the bed of the truck if you need to. Just remember, any weight in the cab of the truck, such as passengers, also counts as part of the payload capacity. The official range is 1334-1775 pounds - be sure to check your vehicle's exact specifications as it varies.

How Much Weight Can I Put In The Bed Of My 2000 Ford Ranger?

You should be able to load about 1500 pounds in a 2000 Ford Ranger. The payload for this model year ranges between 650-1550 pounds. Payload applies to all weight added to the car, whether it's the bed or the cab.

How Much Weight Can I Put In The Bed Of My 1997 Ford Ranger?

Similar to the other earlier models, a 1997 Ranger can take about 1600 pounds. Overall, the capacity is somewhere between 1100-1620 pounds. Be sure to check your vehicle sticker for the exact number, as it varies between vehicles. Items installed in the vehicle, such as the kind of transmission, affect the payload capacity. The sticker found in the door frame can provide the exact number for your information.

How Many Passengers Can Ford Ranger Carry?

The SuperCab version carries four people. The SuperCrew has room for five, but a regular cab fits three. 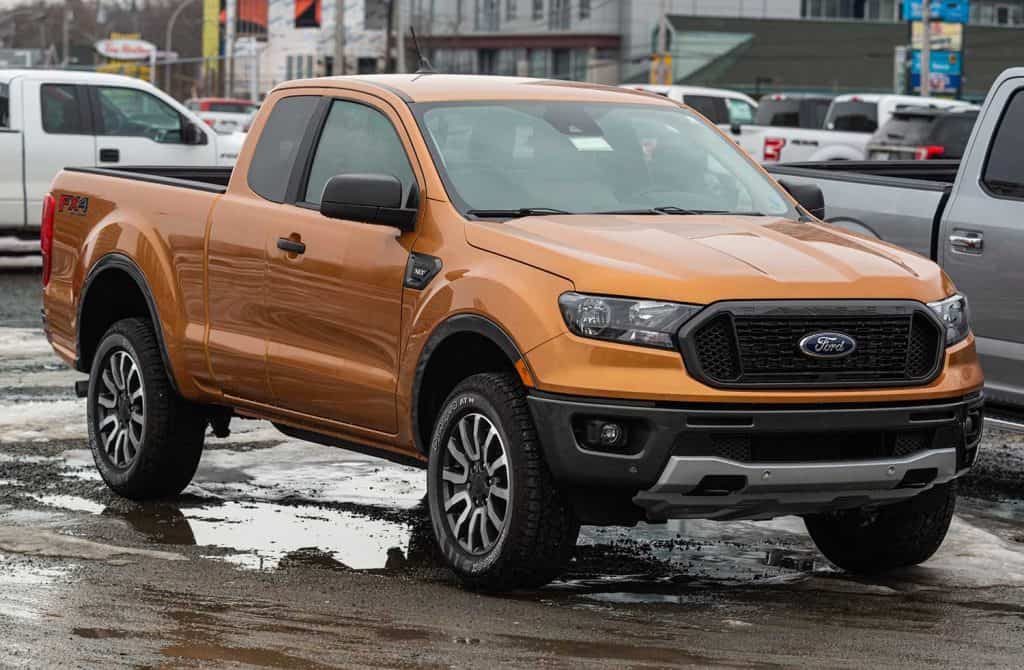 Do Ford Rangers Have A Back Seat?

Again, it depends on which style of Ranger. The Super Cab and the Super Crew do have a backseat. However, it isn't split in any way. The backseat can fold up, but it's either entirely up or completely down. There's no way to leave one seat in the back and fold another to maximize the storage options.

The regular cab does not have a back seat. There's only one row of seats. The regular cab, however, is no longer available in new cars. It stopped being manufactured in 2011. 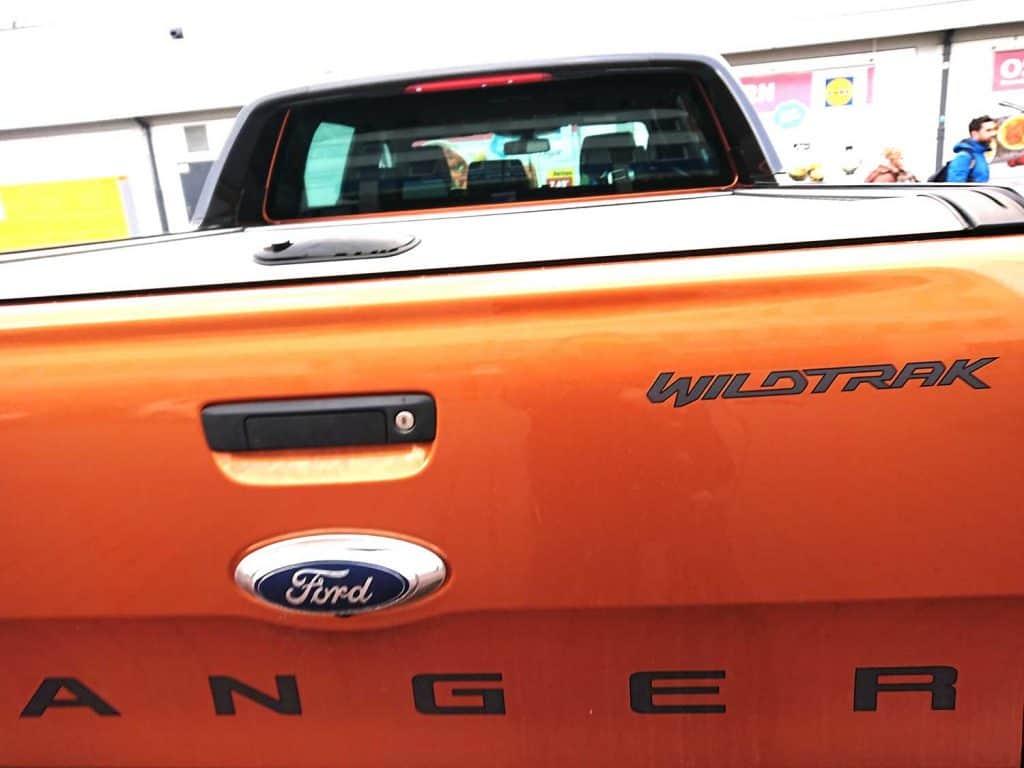 How Big Is A Ford Ranger Truck Bed?

How Much Weight Can My Tailgate Hold On Ford Ranger?

Even lightweight trucks have surprisingly sturdy tailgates. They can take about a half-ton of weight. In the case of the Ford Ranger, the tailgate should support about 650 pounds.

For comparison's sake, a heavy-duty truck like the Dodge Ram holds a whopping 2,000 pounds! And if you're buying a used Ranger, you'll want to double-check the cables that support the tailgate before you start loading the weight on. The most common point of failure, after time, is the cables. They tend to eventually rust and give way, so make sure they're sturdy.

The Ford Ranger has a payload capacity of roughly 1600-2100 pounds. This is for the newer, midsized pick-up models from 2019 and onward. Until 2012, the Ranger was considered a compact pickup. As a result, these years have a smaller payload capacity - 1250 to 1800 pounds. The actual capacity varies depending on the specific options and installations for each particular truck.

For every change or option added to your vehicle, the curb weight also changes. The curb weight and the payload capacity are directly opposite each other - when one goes up, the other must go down. Together, they will always equal the car's gross vehicle weight.  Since this varies from one vehicle to another, check the car's informational sticker for your exact specifications. This can typically be found on the driver's side car door post or frame.

If you enjoyed this, try reading the following:

How Much Can You Tow With a Ford Ranger? [With or without a towing package]

Does Ford Ranger Have Apple CarPlay (What Ford Trucks Do?)