Getting to know all of a car's features can feel impossible sometimes. Do you have a Ford Mustang and want to bypass its anti-theft PATS system but don't know how to do this? Well, we've done our research and have the answer waiting here for you. Let's get into it.

If you need to bypass the PATS anti-theft system in your Mustang, it's best to either have Ford reprogram your keys or get the chip taken out of your car's transponder. Considering that PATS uses a matching electronic ID system, removing it will allow you to start your vehicle without needing a specialty set of Ford-issued keys.

You can also try attaching one of your PATS keys inside your steering column by the lock cylinder, so there are a few ways to bypass it.

As we begin, we will cover all things Ford Mustang and discuss how to use and bypass its anti-theft PATS system. Whether you're new to the Ford family or have been driving a Mustang for years, we're here to offer some help. With that said, let's dive right into this topic! 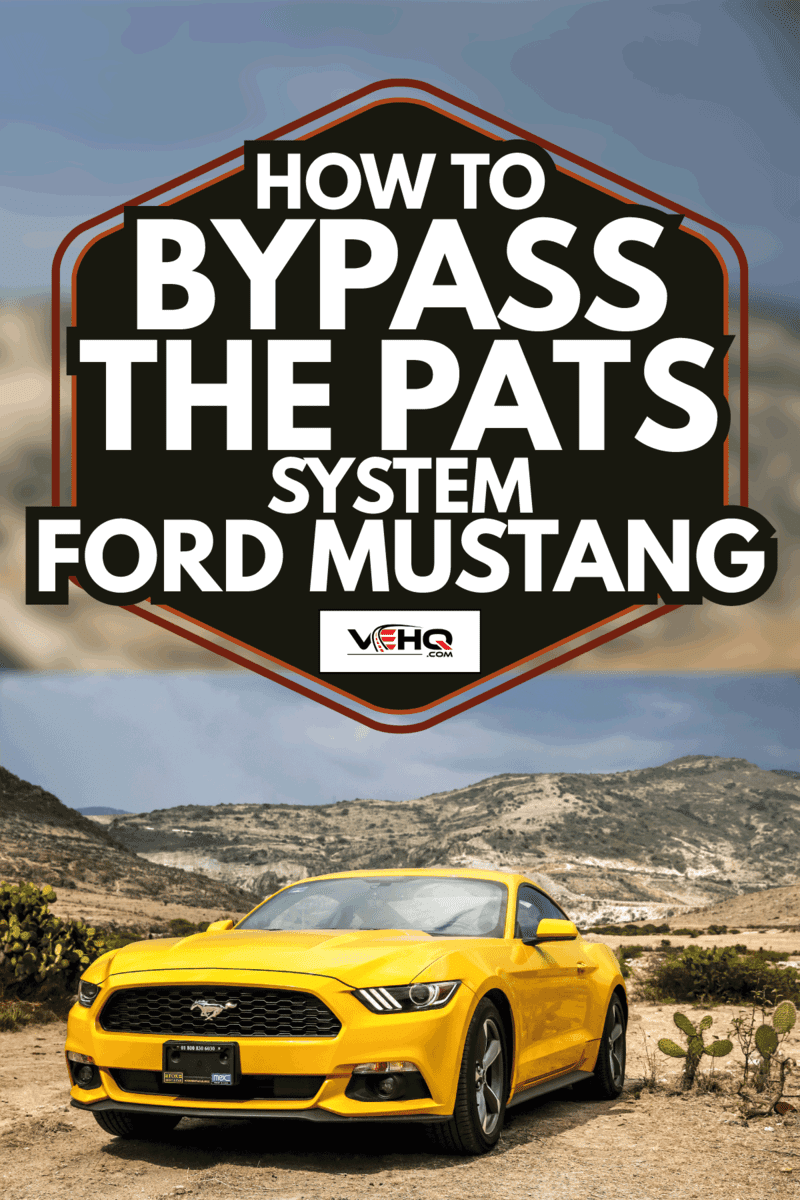 How Does The Ford PATS System Work?

Ford's PATS anti-theft system works through a chip inside the transponder and in your vehicle's keys/key fob. Each of their cars has a unique electronic identification, which your key will match up to, preventing your Mustang from being stolen.

Ford's PATS system will also detect if someone tries to use a store-bought key to drive your car, preventing the engine from starting in your vehicle. This comes in handy for street parking and even prevents someone from being able to drive off in your car if you leave it unlocked. 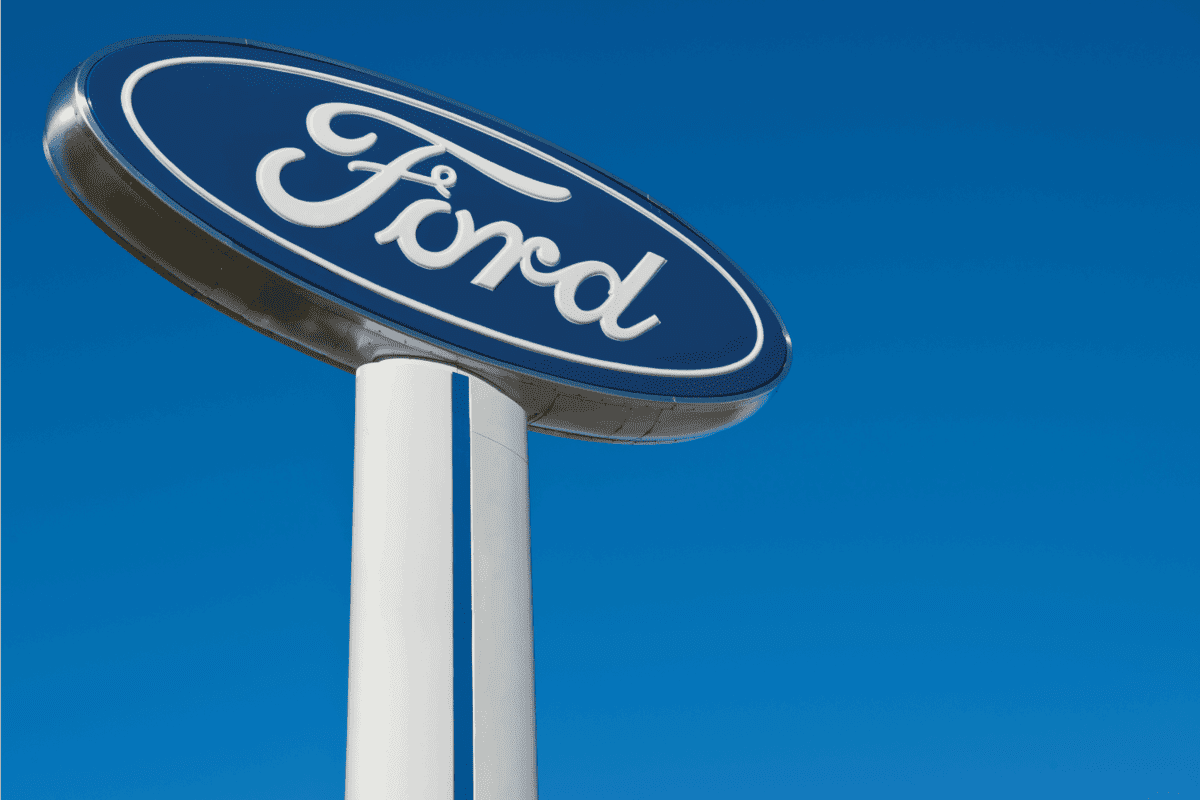 What Triggers The Ford Anti-Theft System?

There are plenty of things that will trigger Ford's anti-theft PATS system. Most commonly, if your key or the key fob has a low battery, this can trigger an alarm to go off and keep your car's engine from starting.

Another trigger for PATS is if one of your door's locks becomes damaged, which can cause an alarm to sound. Luckily, you can usually get this figured out by turning on and off your car or using your spare set of dealership-issued keys, so you're not entirely out of luck.

Is It A Good Idea To Bypass Mustang's PATS System?

Depending on the circumstances, bypassing a Mustang's PATS system might be your only option. Although we recommend keeping your vehicle's anti-theft system on, if you're stuck with a secondary set of keys or don't have enough battery in your key fob, bypassing PATS will get your car driving.

That said, it's better to bypass the PATS system by having Ford reprogram your keys, so don't try to have a third-party mechanic mess with the anti-theft system on your car.

How Do I Know My Mustang Has A PATS System?

Any Mustang made after 1996 will most likely have some variation of a PATS system. Although not every model was lucky enough to include it, Ford first introduced anti-theft technology into their 1996/1997 vehicles.

That said, Ford prioritizes safety and security with their Mustang lineup, so chances are, your car will have PATS. 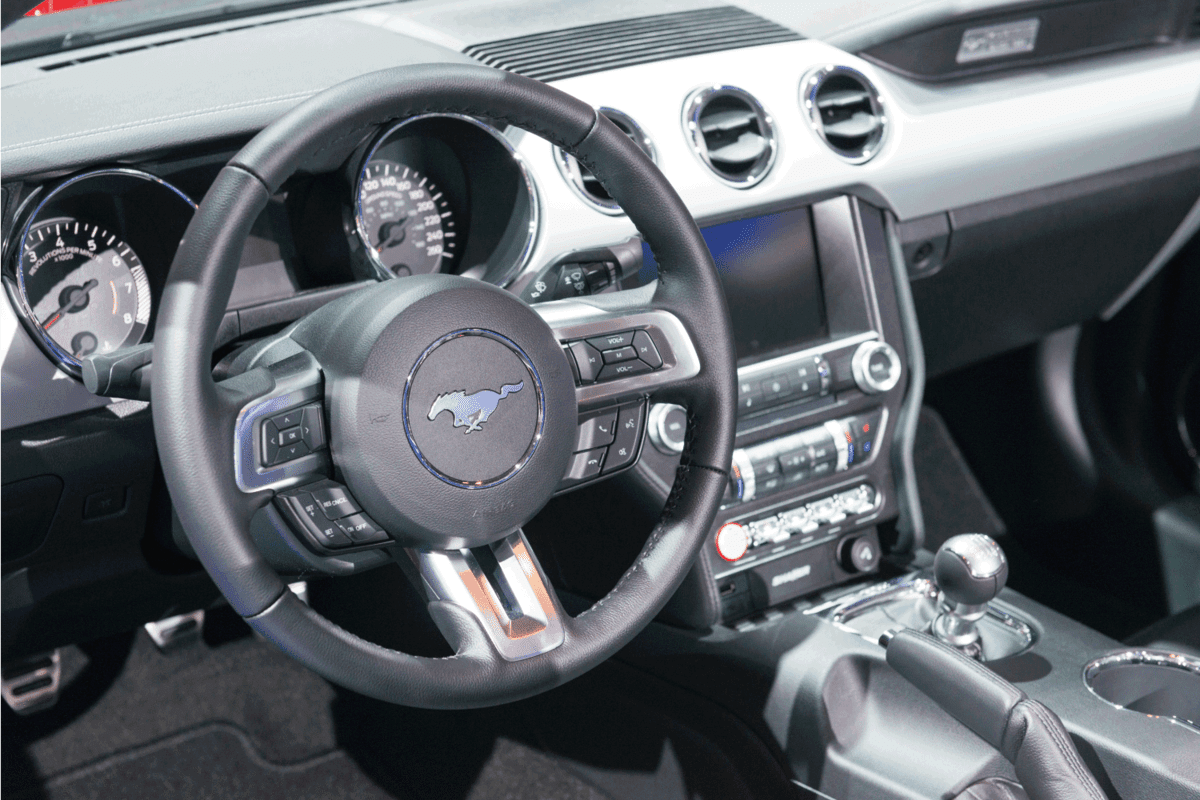 Where Is The PATS System On A Ford?

Although Ford has moved its PATS system around over the years, you should be able to find it behind the dash on the left side. That said, in some vehicles/model years, the anti-theft system is built into the instrument cluster or even a stand-alone module, so its location can vary.

Of course, if you can't find your PATS system, we recommend reaching out to Ford with your vehicle's model and year, which should be enough information to get you in the right direction.

Can I Remove The PATS System?

Yes, it is possible to remove PATS from your Ford altogether. In general, it's better to disable or bypass PATS rather than pay someone to take it out of your car, but again this comes down to preference.

To remove PATS from a Ford Mustang/vehicle, you need to have the transponder removed and its electronic chip taken out, which can be a tedious process. We recommend going directly through Ford to do this, so try and avoid third-party mechanics.

Can The Ford PATS System Be Disabled?

Yes, it is possible to disable the PATS system on a Ford vehicle. That said, this will require a professional to turn off your car's anti-theft system, which should only cost you around $200.

Again, doing this is a good idea if you can't get a new set of keys or your door lock is damaged, but it will put your Mustang at risk of being stolen.

HP Tuners can disable the PATS system on a Ford. Considering that an HP Tuner modifies how your vehicle operates, having this software used in your Mustang can affect its anti-theft system.

With that said, not all tuners can disable the PATS on your car, so this isn't always a bypassing solution. 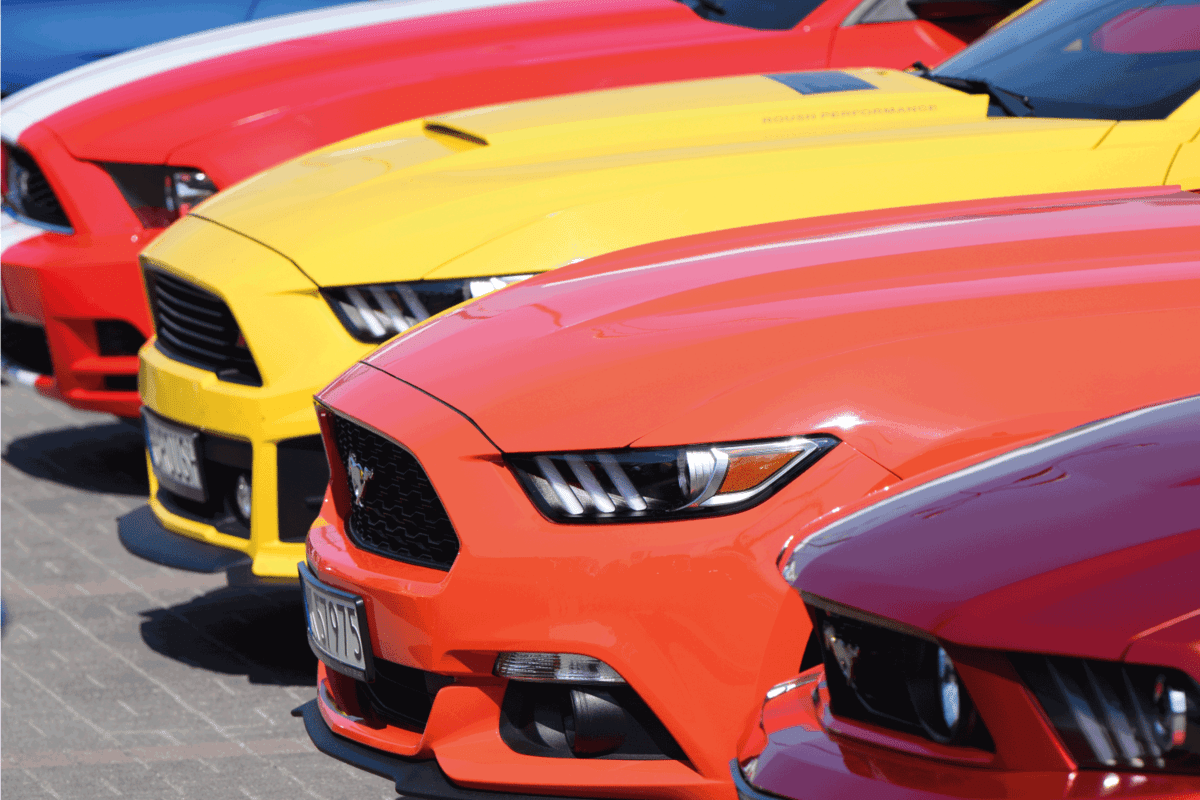 How Do I Reset My Ford PATS? 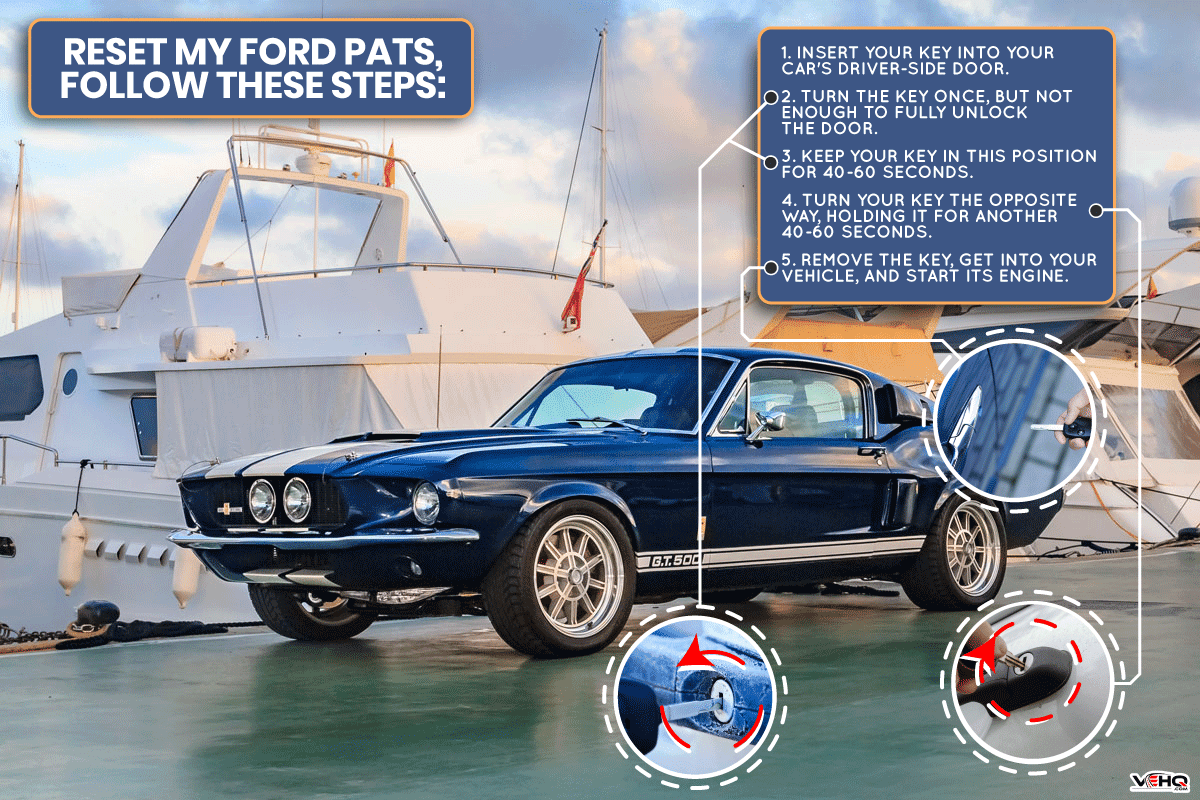 This shouldn't be super complicated for those needing to reset the PATS in their vehicle. To start:

One thing to note, PATS is very time-sensitive, so if you aren't between 40 and 60 seconds, you will need to start this process again.

Can I Add An Anti-Theft System To My Ford Mustang?

Yes! You can certainly add an anti-theft system to your Mustang if it doesn't have one. Although it won't be PATS, there are many aftermarket options ranging from $150-$300.

Like we mentioned earlier, any Mustang made after 1996 should feature a built-in anti-theft system already, so we recommend taking a good look at your car. Even installing an alarm or changing the locks on an older Mustang can improve safety, so this doesn't need to break the bank.

Mustangs tend to be stolen more often than other cars because they have a high resale value. Of course, that's not to say you need to necessarily worry about this every time you're out in public, but it does make having PATS even more valuable.

According to The National Insurance Crime Bureau, Mustangs, Camaro's, and Challenger's are the most stolen sporty vehicles for the 2010-2012 model years, so this is something to think about. Again, as long as you have the PATS anti-theft system on in your car, you shouldn't need to worry, so you may want to reconsider bypassing/disabling it. 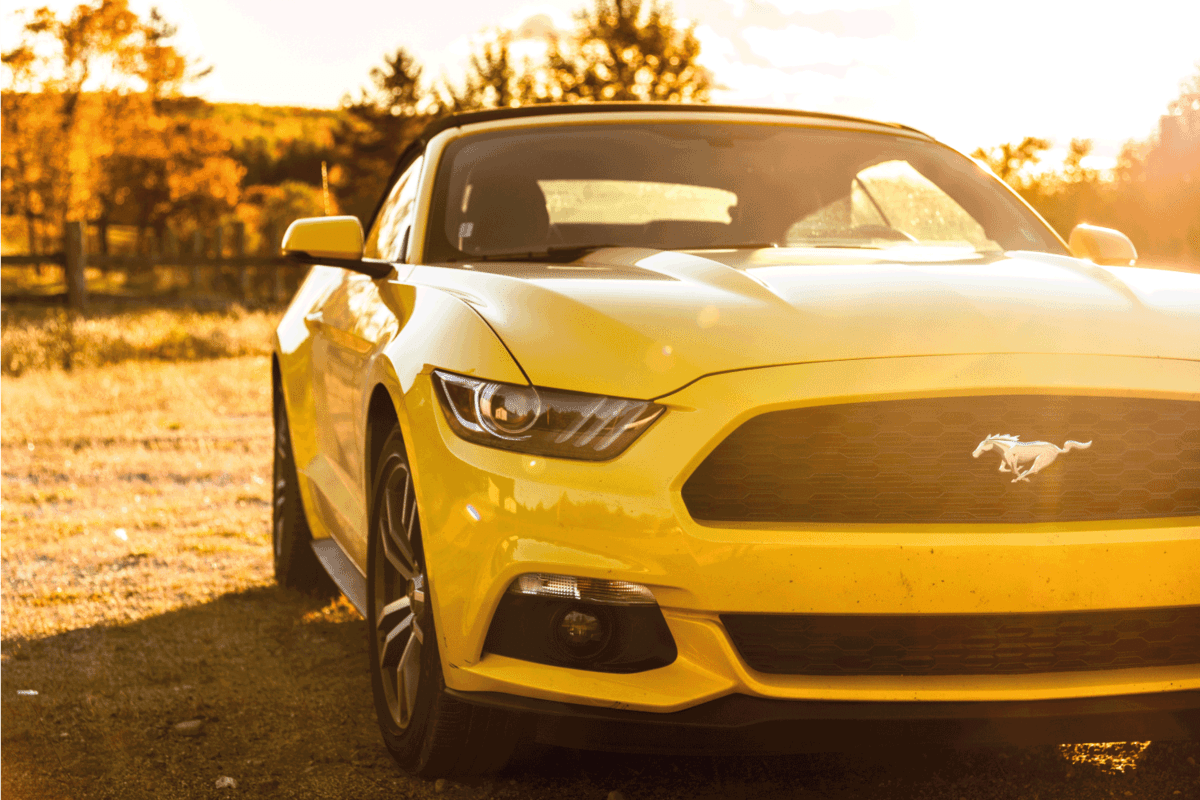 Do All Ford Vehicles Have PATS?

Yes, all Ford vehicles past the 1999 model year will include the PATS anti-theft system. This is also commonly referred to as "SecuriLock," so keep an eye out for these names.

Again, all newer Ford's will feature the PATS-coded key and transponder programming, which will keep third-party, non-dealer-issued keys from starting your car.

Overall, yes, we would agree that Ford's PATS security system is reliable. Although it isn't problem-free, PATS saves thousands of Ford vehicles from getting stolen each year and is a great added safety feature to have.

Even for those without Mustangs, knowing your Ford won't be easy to steal can give you peace of mind while you're away from it, which you can't put a price tag on. Again, it's not always necessary to use PATS 24/7, but we do recommend keeping it turned on as much as possible. 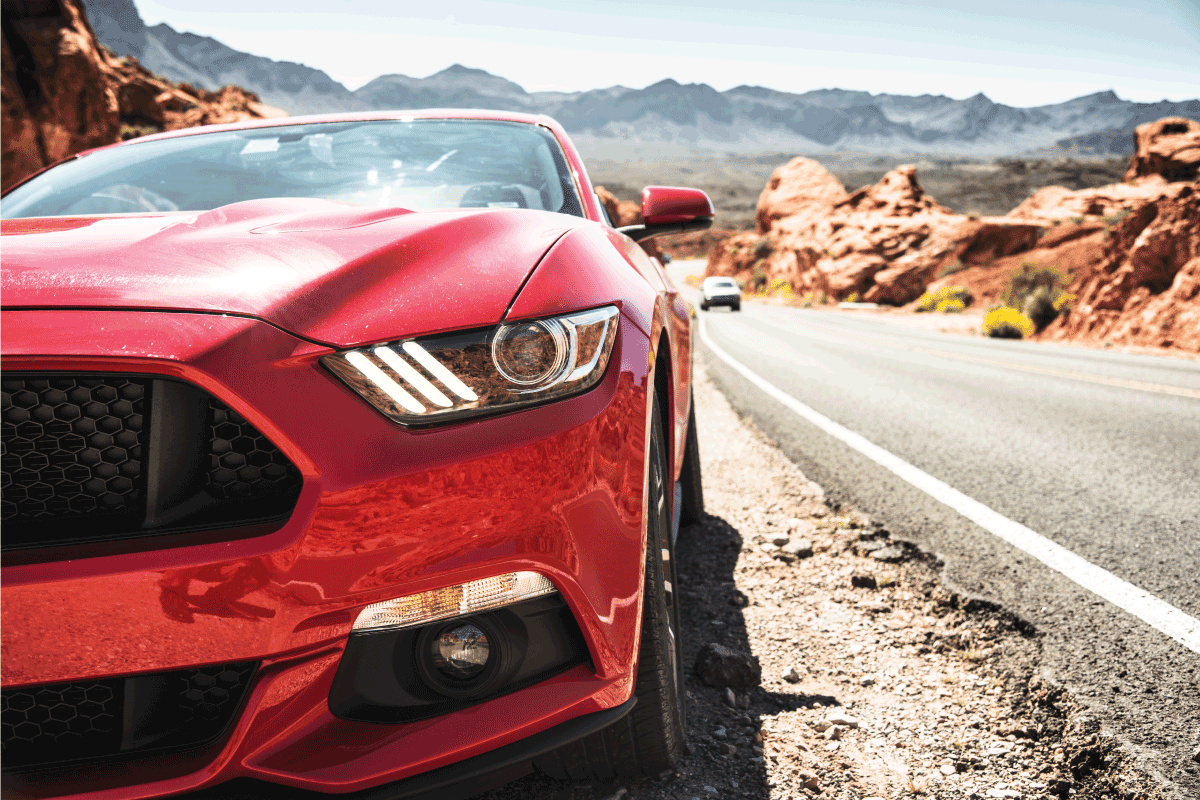 Knowing its security features is essential whether you have a brand-new Mustang or a vintage one. From what we found, it is possible to bypass your car's PATS system, although doing this usually means Ford will have to reprogram your keys.

You can also try attaching one of your PATS keys inside your steering column, which will allow you to bypass it for everyday driving. That said, there are ways to completely disable PATS altogether, but this means your Mustang is more susceptible to being stolen.

Regardless, make sure to reach out to Ford with any PATS-related issues, and don't forget to reset your car's anti-theft system if your keys aren't working correctly.

Made it to the end? Check out these helpful related Ford posts below!

How Do You Start A Ford Mustang With A Key Fob?

Is The Ford Mustang Rear Wheel Drive Or AWD?