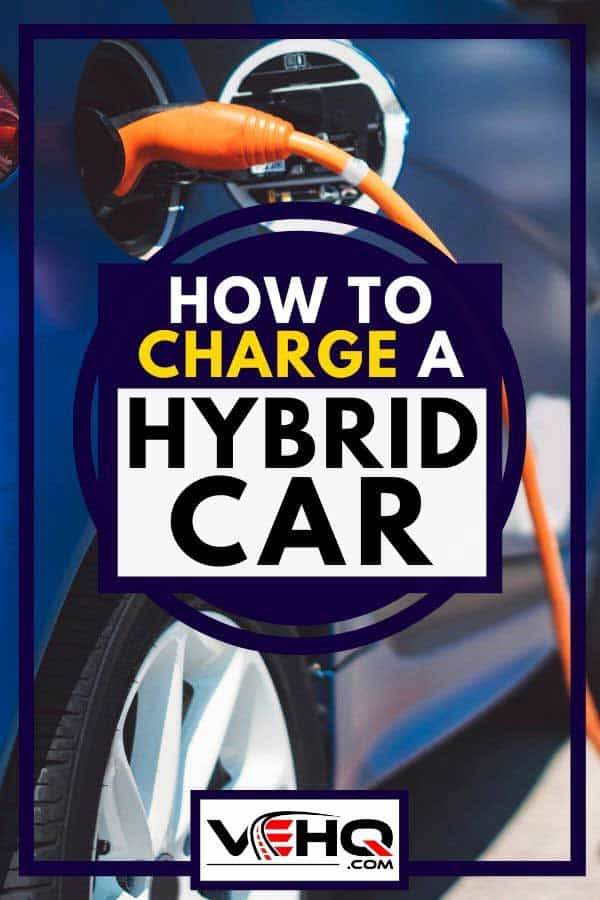 Electric and hybrid cars are slowly becoming more popular. Even so, the best EV and HEV practices are still a mystery to drivers who haven’t been behind the wheel before. For example, how exactly do you go about charging a hybrid car, and how is the process different from charging an EV?

Regular hybrid cars mostly charge via regenerative braking. You can't charge the vehicle itself by plugging it into a charging station. Instead, you use gas to power the entire car and let it convert the energy into electric power.

PHEVs are hybrid vehicles that have an external electric charging point.  This type of hybrid can be plugged into public and home chargers. However, if you don't have access to a charger, it can also take gasoline and convert that into electric energy, like any other hybrid car.

What does all of that mean, though, and how can you prepare to bring a hybrid into your home? What kind of tools do you need on hand to keep your car in tip-top shape? Let's dive into the care and charging of your hybrid car so you can confidently take to the roads.

What's The Difference Between A PHEV And A Regular Hybrid Vehicle?

A plug-in hybrid electric vehicle is powered by both a battery that you can plug into a charging station and by a gasoline engine. PHEVs are meant to be plugged in on a nightly basis, as the consistent charge will boost their standard 10-50 miles of electric driving time significantly. Toyota Prius Primes, for example, boasts upwards of 640 miles per tank when charged every night.

While they'll produce fewer emissions than PHEVs, you'll find that it's more difficult to accelerate in an HEV than it is in a PHEV. PHEVs don't get much range either, making them better for city-driving than for road trips.

Most notably, HEVs cannot be plugged in like PHEVs can be. As mentioned, HEVs recharge their motors via the regenerative braking process. When you brake in an HEV, the friction from the road and your tires turn into electricity. While you won't gather enough electricity to stay on the road for extended periods of time, you will ensure that your HEV's battery extends your gas engine's mileage.

Read more: Electric Car Engines: Everything You Need To Know

What's The Difference Between A Hybrid And An Electric Car?

Let's break these categories down even further. What's the difference between an HEV and an EV?

As mentioned, HEVs rely mostly on regenerative braking to keep their electric motors running. If your HEV's electric engine runs out of charge, then it'll use its gas engine to keep you on the road.

Electric vehicles, or Battery Electric Vehicles, don't have this sort of fail-safe in place - because they don't need one. Consider all of the electric vehicles Tesla has released over the past decade. These vehicles forgo an engine entirely in favor of an electric battery. They're quieter on the road and can keep up with gasoline-powered vehicles in terms of acceleration and distance.

Like PHEVs, it's recommended that you charge your EV on a nightly basis. This way, you'll get the best mileage possible. While you use an EV on a road trip (no more distance-anxiety!), you will need to plan your route accordingly. While electric vehicles are growing more popular, charging stations still aren't as universal as gas stations.

How Long Does It Take To Charge A Hybrid Car? 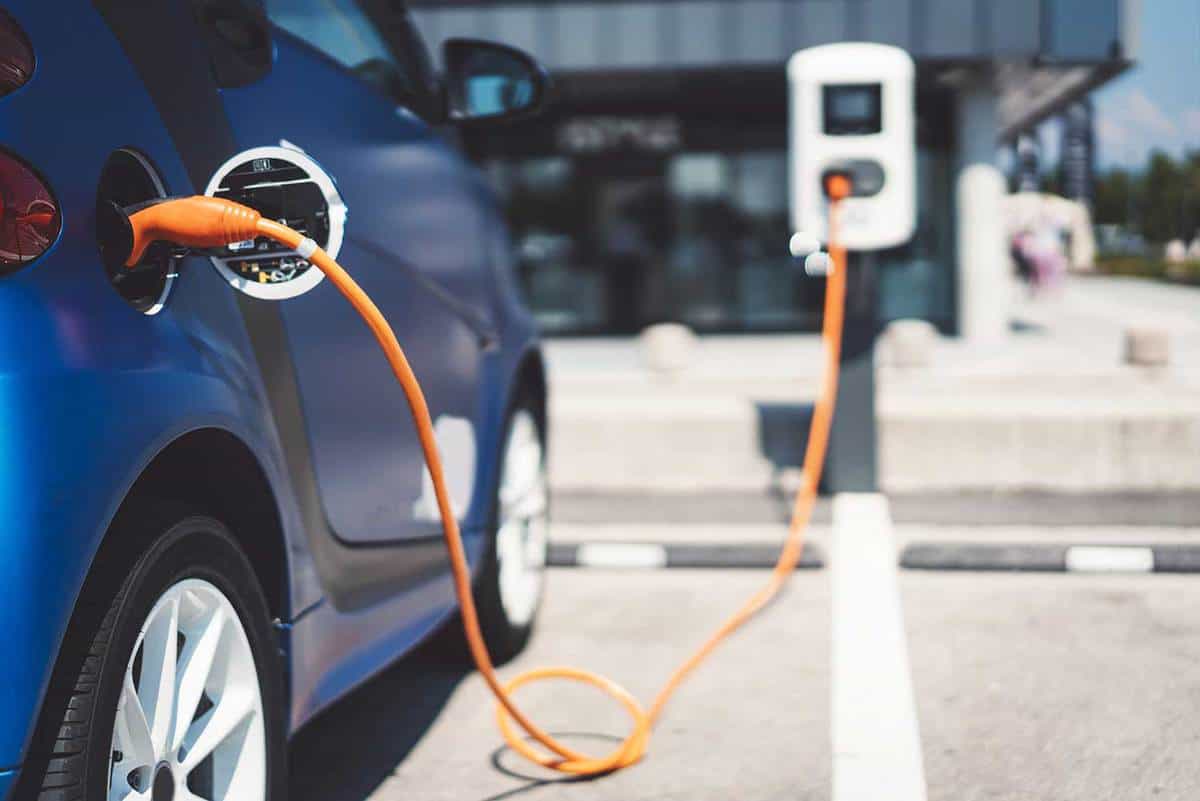 When it comes to charging your EV, you’ll need to make sure that your car and plug are compatible. Why? Because HEVs can’t be charged, but PHEVs can be. If you bring home an HEV and expect to be able to charge, you’re going to be disappointed.

PHEVs, though, can easily plug into a charging station and fill up overnight. The amount of time it’ll take your PHEV to charge will depend on the size of its battery and the volts in your charger. A smaller battery, for example, will charge in three hours when exposed to 120 volts and one and a half hours when exposed to 240 volts. Comparatively, larger PHEV vehicles can take twenty or more hours to completely charge on 120 volts but can charge within four to eight hours when plugged into a 240-volt charger.

How Long Does It Take To Charge An Electric Car At A Gas Station?

Charging an EV or PHEV at a gas station or public charging port is, at the moment, challenging. This isn’t because charging stations aren’t available – they’re gradually becoming more common on the road. Instead, it’s more complicated to charge your EV in public because of the amount of time it takes to charge your car. If you’re running on empty, it can take up to eight hours to charge your battery on a 7kW port.

That said, if you’re looking for a quicker fill-up, a 50kW charger will add 100 miles to your charge in about half an hour.

If you’re looking for a place to charge your EV in public, be sure to research the available charging ports and their power output before you stop. You’ll also want to make sure that you have a reasonable amount of time on your hands when you come to a stop. While we may be able to charge electric cars more quickly in the future, the process, for the moment, remains lengthy.

What Happens When A Hybrid Car Runs Out Of Battery? 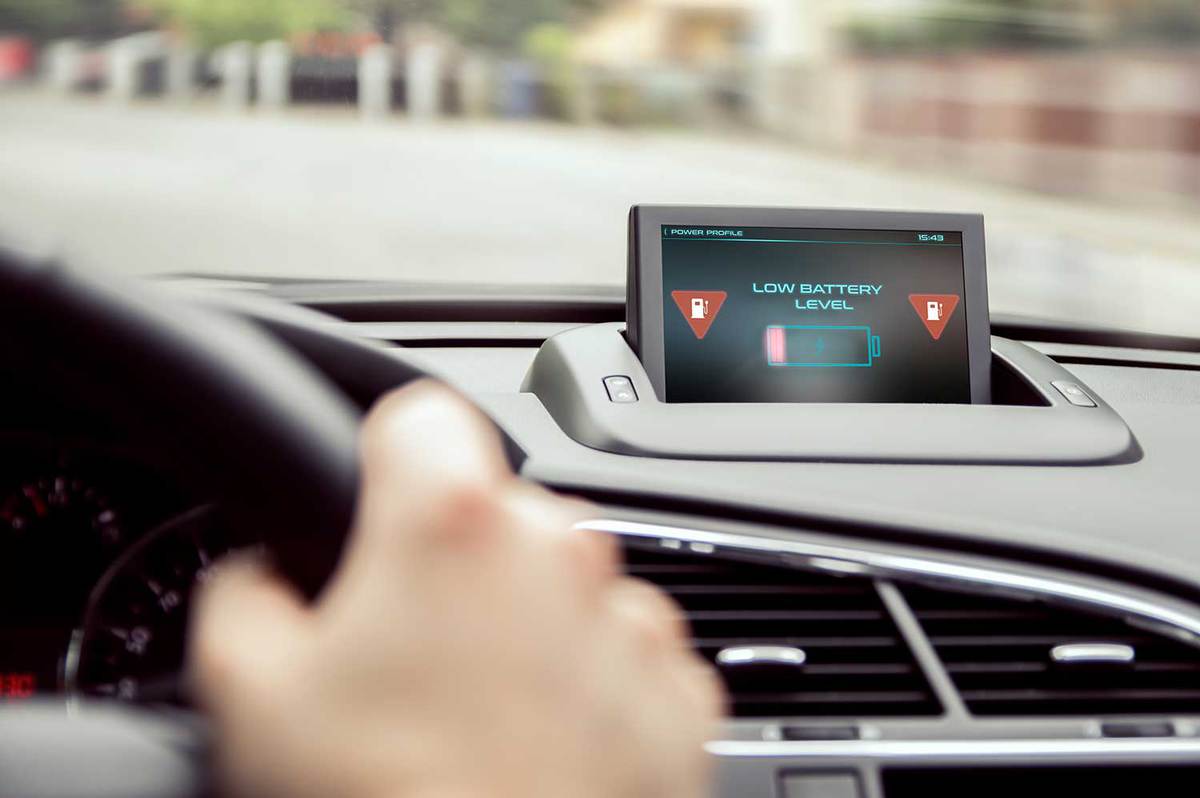 No one wants to end up on the side of the road because they ran out of gas. When you’re driving a hybrid car, though, running out of fuel doesn’t necessarily mean you’ll be stranded.

Hybrid cars are all designed to react differently when they run out of charge. The HEVs released by Chevrolet, for example, completely shut down when they run out of fuel. Chevrolet Tahoes, specifically, refuse to even coast, meaning that you’ll be stuck on the side of the road waiting for a tow. Nissan HEVs react similarly.

Unfortunately, if your Prius does end up dying, it’s going to take a lot of work to get it started again – the battery doesn’t immediately recognize when fuel’s been added to the car, meaning that you’ll need to wait a little while after filling up to take to the road again.

In short: if the gas light comes on in your HEV, get to a gas station ASAP. Your mileage will vary, but you won’t want to be on the road when your fuel eventually runs out.

Read more: 8 Best Lithium Jump Starters That Will Get Your Car Running Again

Can A Hybrid Battery Be Recharged?

The question of "recharging" an HEV is a complicated one. On one hand, no, you cannot plug an HEV into a charge and expect it to be ready to go come morning. These vehicles simply don't have the parts to allow for that.

When you think about the question of recharging this way, then yes, your hybrid battery can be recharged. If you're interested in more traditional recharging processes, like plug-ins, though, then you'll want to bring a BEV home.

How Often Does A Hybrid Battery Need To Be Replaced?

While you're not able to recharge an HEV battery, you can replace them. In fact, HEV batteries were designed to be replaced. On average, an HEV battery will take you 100,000 miles. Some can last longer, but you'll want to start considering a replacement once you see your odometer tick into the higher 90,000s.

The good news is that replacing your HEV's battery is slowly becoming less expensive. As of early 2019, it cost an average of $3,000 to replace an HEV's battery. Unfortunately, even as these prices decline, you're going to have to budget for professional car maintenance.

Replacing your HEV's battery on your own is inadvisable - though not due to any lack of skill on the part of an amateur car mechanic. HEV batteries leak hazardous materials when broken and older. Unless you can safely handle and dispose of these materials, you'll be better off taking your HEV to the shop.

Ready to bring a hybrid car home? Learning how your hybrid generates its electric charge takes a little time, but before long, you'll be a pro.