Ford has done a marvelous job with its half-ton truck, the F-150. It has excellent power and gets efficient gas mileage. However, your gas mileage might suffer if you happen to get unlucky with bad gas in your tank. If this happens, how do you drain the fuel tank? In this article, we have taken the time to research the steps to drain the fuel tank in a Ford F-150.

As you can see, once you have the siphon kit, the process of draining the gas from the truck isn't too bad! However, there are some things to note when doing this process. That's why in this article, we will discuss draining the fuel tank in a Ford F-150 in closer detail. In addition, we will discuss what happens if you use the wrong fuel in your gas tank, so read on! 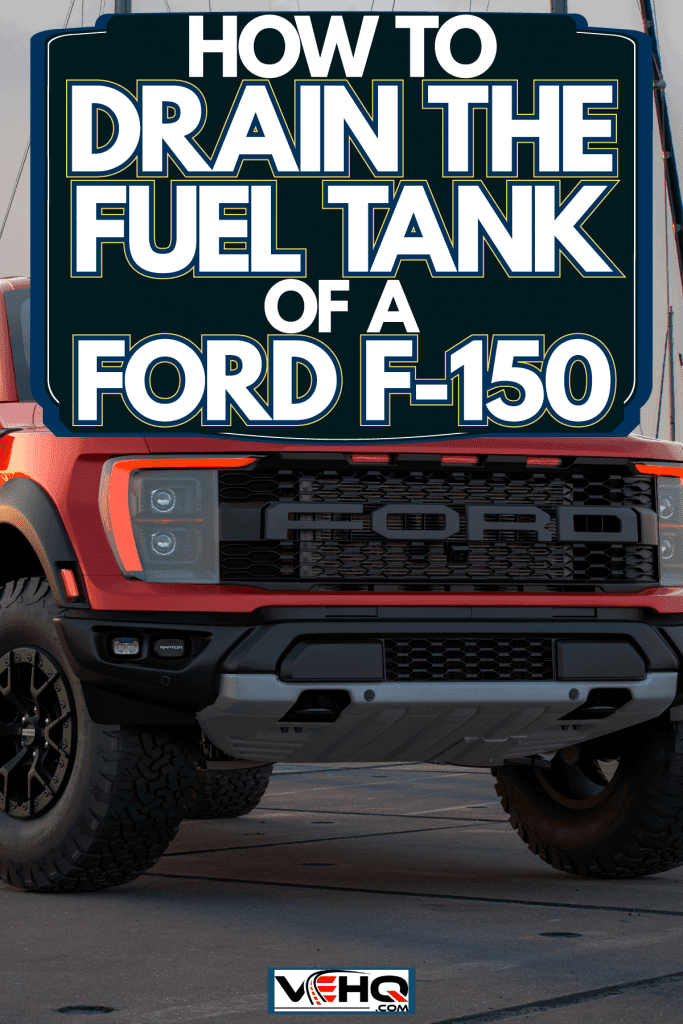 If you happen to get water in your fuel tank or there is bad fuel inside, then you may need to drain it before it causes damage to your Ford F-150. To do this, follow one of the two methods below. 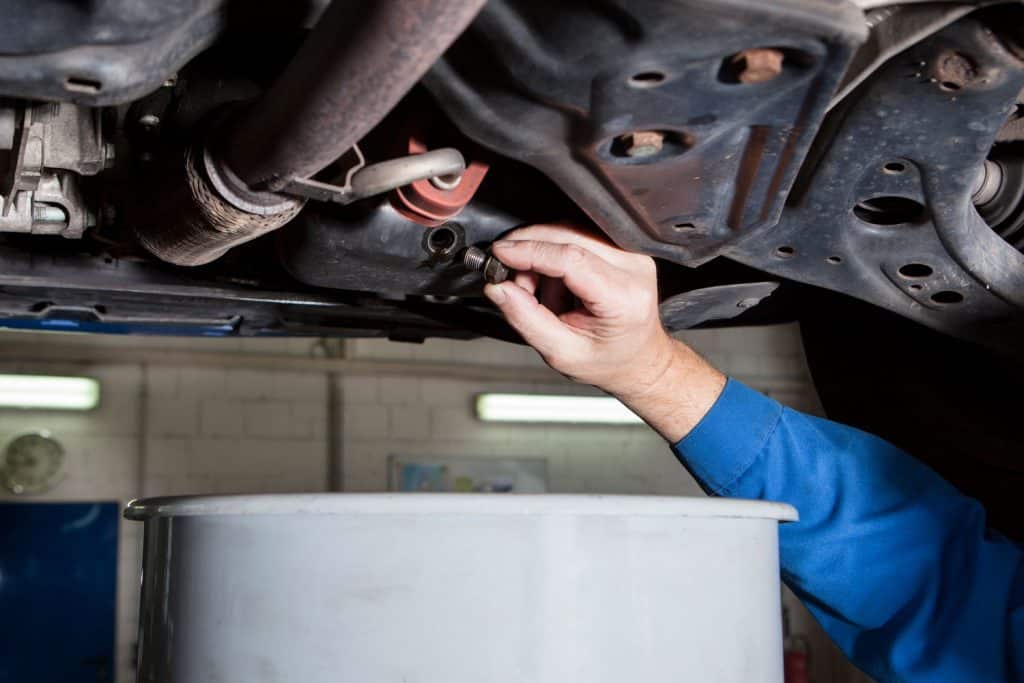 Since most Ford F-150s won't have a drain plug, then use a siphon kit, and follow these steps below:

If your F-150 doesn't have a fuel drain plug after check, then you will need to find a siphon kit. This is a clear hose that has a nozzle on one end and a hand pump on the other end. It's not too expensive, and who knows, you or a friend might need it again in the future, so it is worth the purchase!

You want to make sure you run your gas tank almost empty before doing anything. This will ensure less fuel for the fuel siphon to draw from the tank, making it easier to get the harmful gas out.

Pump The Fuel Out Of Your Tank

Dispose Of The Gas And Refill Your Tank With Fresh Gas

After you have your siphon kit and siphoned all of the harmful gas from your F-150's fuel tank, you are good to go. However, it's not a bad idea to dispose of your fuel if it has harmful contaminants that can damage your engine. Also, make sure you refill your gas tank with fresh gas.

If there is a large amount of water in your tank after draining it, consider using a fuel cleaner to eliminate any leftover particles that can clog up your engine.

Following these steps should completely drain your Ford F-150 fuel tank and solve your problem. Now, let's take a look if you happen to use the wrong fuel in your vehicle, so read on!

If your F-150 has a drain plug, then using it on a truck is probably the easiest method for draining the fuel tank. Note: More than likely, there will only be a fuel drain plug if someone puts one in the aftermarket for ease of use.

This is because trucks are higher off the ground, so you shouldn't need to jack the vehicle up to reach the drain plug. Plus, you won't need to buy a siphon kit for this method. Instead, it would be best if you had a socket wrench and a pan for this method.

Here is the breakdown of steps for the drain plug method:

What Happens if you Use the Wrong Fuel?

Well, if you use the wrong fuel, bad things can happen! For example, you will be okay to use the same octane level in most cases but not all cars and trucks. In addition, some vehicles can't handle higher octane fuels, and using this type of fuel may cause damage or even engine failure.

It's best to refer to your owner's manual if you are unsure what type of fuel is recommended. Also, check the sticker on the gas cover for this information since it should be listed there. If you use a different octane level than recommended, the vehicle will likely run poorly and not at peak performance. It may even damage sensitive engine parts due to using fuel that doesn't have the same octane level.

Also, not all vehicles can handle being filled with E85, an 85% ethanol fuel type. Some engines can't handle this high ethanol content, leading to engine damage or failure.

For example, the Ford F-150 is not designed to work with E85. So, if you are trying to fill your gas tank with this type of fuel, then it's best to avoid doing so for this specific vehicle and others like it.

What if You Put Diesel in a Gas Vehicle?

If you put diesel in a gas vehicle, well, simply put, your car will stop working. If you are not sure what type of fuel is in your gas tank, it's best to drain it before this occurs.

Putting diesel in a gasoline vehicle is bad for the engine because diesel contains more lubrication than standard gas. Gasoline engines are not designed for this type of oil consistency, and running standard gas in a diesel vehicle can cause all sorts of damage to the engine.

Also, if you put gasoline in a diesel vehicle, this will clog up the fuel filter leading to your car's malfunction. You need to avoid doing this at all costs!

Where is the Fuel Drain Plug?

Most gas tanks have a drain plug located on the bottom of the tank. Unfortunately, this is usually covered with a screw cap and sometimes even glued into place, so you may need to use some force when opening it to get it out. 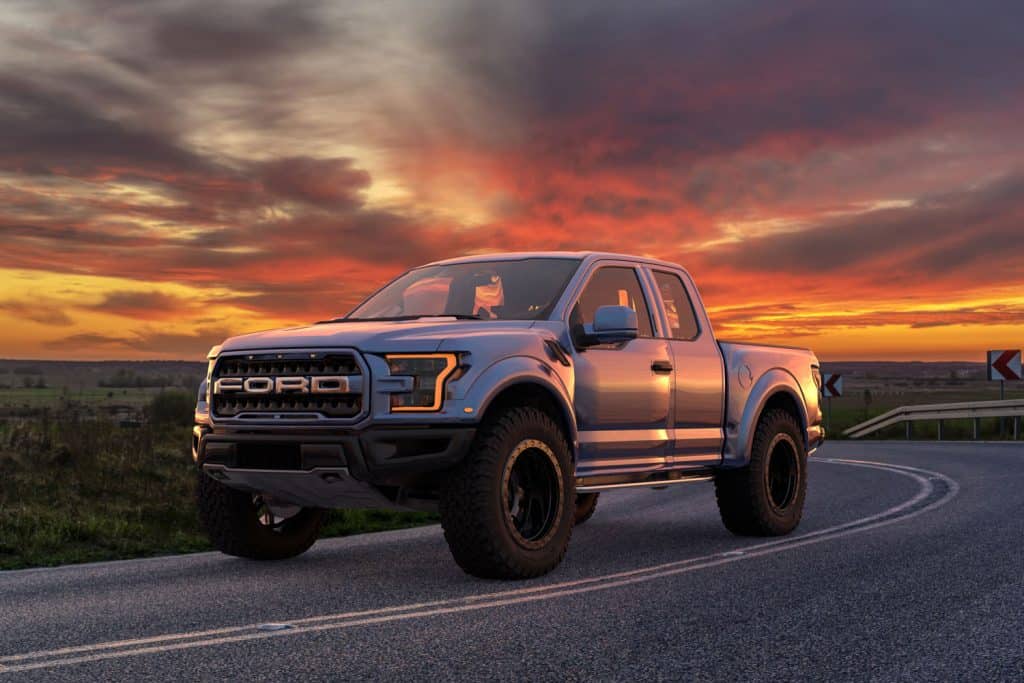 How Much Does it Cost to Drain a Fuel Tank?

According to JD Power, the cost of draining a fuel tank can range from $200 to $500. That's why using one of the methods above is less time-consuming and cost-effective. However, if diesel has entered the gas fuel lines, the fix to drain the whole fuel system can range from $1,500 to $2,000!

Can Bad Gas Mess Up your Car?

Yes, bad gas can damage your vehicle's engine and fuel system. However, the major downside is that it will lead to costly repairs! For example, putting bad gas in your car can cause:

In addition, if you use dirty water-contaminated gas from a station that doesn't have a gas treatment system, this can cause rust buildup in your engine. This will lead to increased wear on the components due to metal-on-metal action, which will reduce fuel mileage and may even lead to costly repairs at some point.

How Long Can Gas Sit in a Car?

Typically, gas can sit in a car on average for three to six months. It also depends on the storage temperature and whether the vehicle is being driven during this time period. However, if you leave your car sitting longer than that without driving it, you should consider draining the fuel tank before using it in your vehicle.

A Ford F-150 isn't precisely an inexpensive vehicle, so if it isn't performing correctly, it could be due to bad gas in the tank. To drain the fuel isn't too challenging, and if you feel comfortable enough around a vehicle, you can do it yourself. Doing it yourself will not only save you time but will save you quite a bit of money!

For more information about the Ford F-150, then check out these articles:

14 Gorgeous Ford F150 Seat Covers That Can Transform Your Truck