To drain the fuel tank of a Toyota Corolla, follow these steps:

Having bad fuel in your gas tank can be the cause of different factors. No matter why it's in your tank, it is important to drain your fuel tank. In this article, we will take a closer look at draining your Toyota Corollas fuel tank. In addition, we will discuss how much it will cost to have a fuel tank drained for you, so keep reading!

How To Drain The Fuel Tank Of A Toyota Corolla

Getting bad fuel in your Toyota Corolla is unnerving. It can leave you stranded with a big problem to fix. If the car starts but runs poorly, that's one issue, but note that you should not do this type of driving for long periods. If the vehicle doesn't start at all, then that's another issue altogether.

Draining a fuel tank isn't expensive. One of the best ways to do this is with an external siphon pumping kit. So if you're looking to save some money, then this might be the method for you.

This process isn't complex, but it requires patience and a steady hand to safely get the fuel out of the tank and into a container. As soon as this is done, the car should be able to start like usual once again.

Draining the fuel tank will allow you to get rid of any water or debris built up within the tank. So how do you go about doing this task? First, the process will depend on how new the vehicle is.

If it is a newer Toyota Corolla, then there may be an anti-rollover valve present. In this case, you will need a smaller tube that will fit a hand pump to do the steps above.

However, if it is an older Corrolla and there isn't an anti-rollover valve, you can buy a general siphon kit from a hardware store. This process is more straightforward because the kit will give you everything you need, and you won't need to maneuver around the mesh screen present in the newer cars' fuel tanks.

In addition, the siphon kits are better to use than the old-school method because they have a hand pump. With the hand pump, you won't need to be putting your mouth on a tube and sucking yourself to start the siphon.

Click here to see a siphon fuel kit on Amazon.

Having bad fuel in your gas tank can be frustrating to deal with. However, if using the siphon kit doesn't solve the issue, then all you can do is contact a certified mechanic. They can locate and repair any potential problems that could be causing the fuel quality issues. In addition, they can do a proper job of draining all of the bad gas from the tank.

Why Drain A Fuel Tank?

Most people don't like driving around with bad fuel. The main reasons you would want to drain your Toyota Corolla fuel tank are to remove any debris that has built up inside the tank and remove water in the gas.

Water can cause severe problems for cars, especially if it freezes during cold weather. So it is always best to try and prevent any bad fuel from entering your gas tank. There are different ways to do this, but they aren't very easy or cost-effective.

In the unlikely situation, you put diesel in your gas tank. You will also need to drain the fuel tank. Running your vehicle with the wrong fuel type is very hazardous to your vehicle's engine and should be addressed right away!

Another reason you would need to drain a gas tank is to replace a fuel pump. If the old pump is faulty, then it will need to be replaced with a new one. Is the process the same if you drain a fuel tank where a fuel pump is present? Let's take a look below.

How do you drain a gas tank with a fuel pump?

If you need to replace the fuel pump in your Toyota Corolla, then it's much easier if you drain the tank. This will keep any dirt or debris out of the new pump when it is installed. Whether it is a Toyota Corolla or any other vehicle with a fuel pump, then the process of draining the fuel tank is the same. To do this, follow the steps above.

Can gas be siphoned from newer cars?

To siphon gas from a newer car, you would need to use a tube with a smaller diameter. In the case of the new Toyota Corolla, it is vital to make sure any gas can be reachable from your hand pump.

It would help if you had a small diameter tube to siphon new cars because they have a feature called anti-rollover valves. The valve is used in the case of a car accident where the vehicle rolls over. It is supposed to prevent gas from escaping the tank so the car doesn't catch fire.

These valves are installed in newer cars to prevent problems with vapor locks. The problem with this type of valve is that it can stop any siphoning process from dead in its tracks. So be sure you have the right tools and parts before attempting to siphon gas from a new car.

Do all cars have an anti-siphon?

No, not all cars have an ant-siphon valve. The Toyota Corolla and many other new vehicles do actually. However, there is a way to get around the anti-rollover valve. You will need a small diameter tubing that can fit around the mesh screen. In addition, the tube needs to fit your hand pump.

However, if you are in this situation, then you are better off contacting a professional. Trying to siphon gas out of a newer car can cause more damage than it will do good.

How much does it cost to drain a fuel tank?

What Happens if Diesel Goes In A Gas Fuel Tank?

If you accidentally put diesel in a gas tank, it can be very hazardous to your vehicle's engine because diesel is much thicker than the oil in gasoline. It can also cause more damage and issues than other fuels such as kerosene or ethanol. But, most of the time, it will just ruin the fuel injector pump and leave black carbon deposits in the cylinder.

If you run your car or truck with diesel in the gas, it can also destroy a turbocharger or supercharger and cause other problems. As mentioned before, running a car on the wrong fuel type is hazardous and should be addressed immediately if it happens to you.

What are Signs of Bad Fuel in A Tank?

You will notice several signs when the wrong type of fuel is in your gas tank. For example, if your car isn't running normally and begins to smoke excessively, then it could be a sign of wrong fuel in the system. The next time your car starts and idles roughly or stalls at low speeds is another sign of dirty fuel.

When the vehicle is running, it could also stall or die at high speeds, or worse, if you are driving, it could cause more damage than you realize. This usually happens because the injectors become clogged with carbon deposits and fail to spray fuel into your cylinders evenly.

Improperly blended fuel can cause black smoke coming out of your tailpipe, rough running or stalling after the engine has started, and could also cause hesitation when accelerating. All of these things are signs that something is wrong with your fuel system. If you notice any of these issues, then it could be time to change your gas tank. 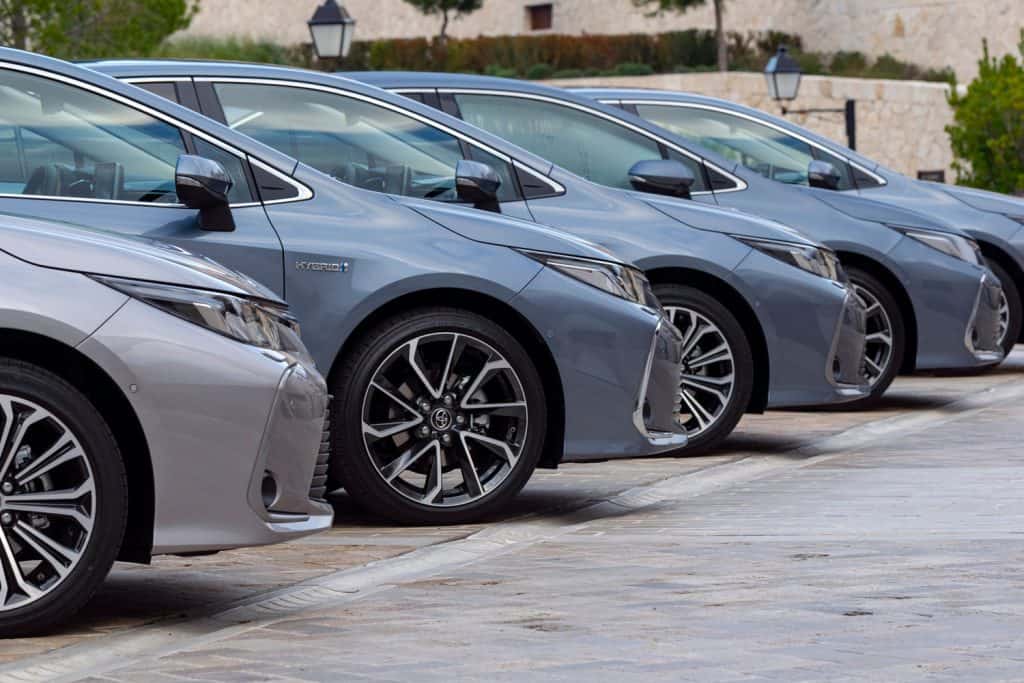 Whether your Toyota Corolla is newer or older, if there is bad fuel in your tank, then it needs to be drained. If it is just sitting in the bad fuel, you might be able to save some money by doing it yourself. However, if you don't feel comfortable doing this yourself, it's better safe than sorry to have someone who knows what they are doing take care of the process for you!

If you like this article, then you should also check out:

Are Car Engines Waterproof? [A Look At Gas And Diesel Engines]

Do Fuel Tanks Have Drain Plugs?