Once you know the serial number of the converter, you can encode it in a database to find its value.

If you do not see the serial number, you can take a picture instead. There are phone apps and web-based apps for this.

Keep on reading this post to know more about catalytic converters. We will also share some ideas on how to prevent theft of your converter. 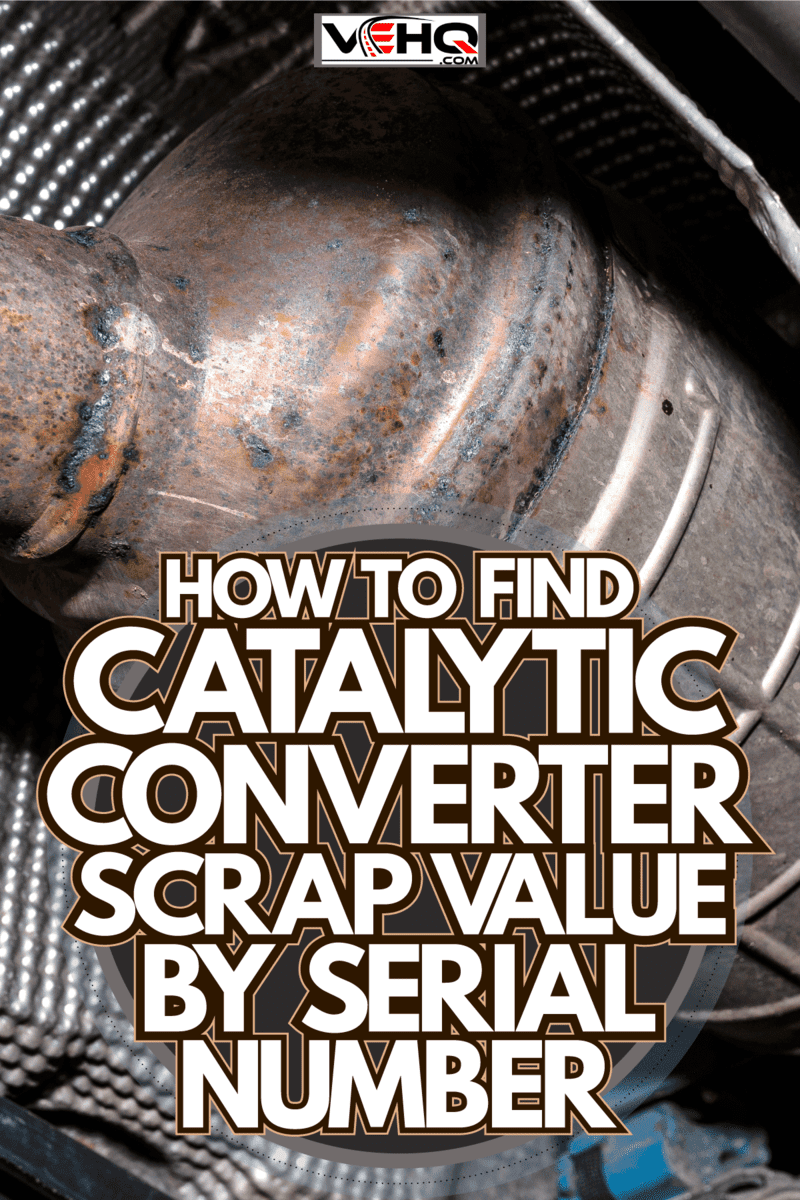 Find Out The Right Value Of The Catalytic Converter

One of the integral parts of your car is the catalytic converter. You may need to replace it, leaving you with a scrap converter. What should you do with it?

Selling your scraps would be the best way to go. We know that you want to get the best value for your items. You want to find the serial number in the body of the catalytic converter. 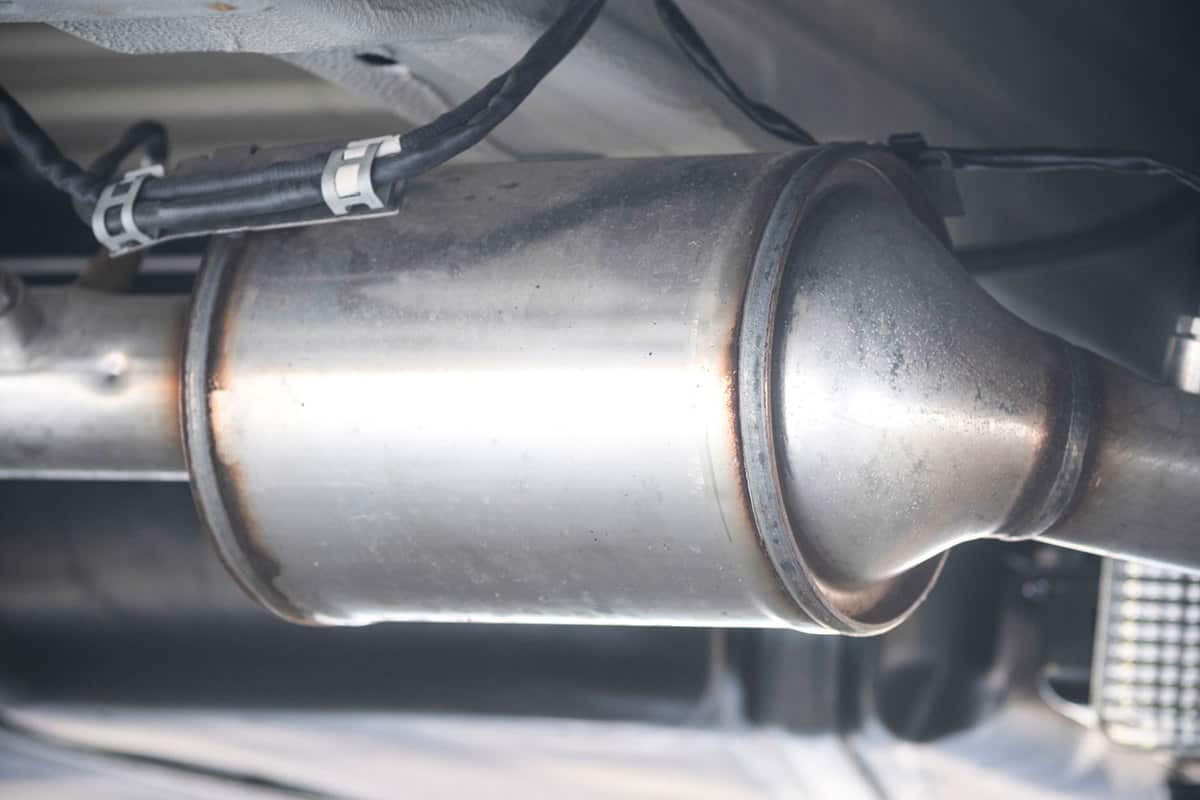 Once you have the serial number, you can put the information into a database to find its value. There are apps available for this both for phones and computers, such as Eco Cat and others we'll cover below.

Once you refer to the database, you will have an idea of how much you can sell your scrap converter for. This will give you more knowledge and power when negotiating with a buyer.

Where Can You Find The Serial Number In The Catalytic Converter?

We cannot emphasize how the serial number is important in helping you find the appropriate value of the catalytic converter.

You must know where to look, since car manufacturers have different patterns and locations. For example. you can find the serial number near the engraved logo of Audi and VW.

In another example, Chrysler and Dodge's manufacturers usually put the serial number near the edge of the cat converter.

Get As Much Information As You Can

Don't be confused if you get varying quotations when you are trying to sell your catalytic converter scrap. As you know, recycling the converter undergoes several processes.

For instance, your buyer may sell the unit to another buyer until it gets to the specialized collection point. Each of these stages has a corresponding cost, where they aim to make a profit.

If you are a one-time seller, you are unlikely to get a better offer than someone who sells regularly. After all, you need to establish a relationship with a buyer first.

Now that you know the value of the catalytic converter, getting the accurate price for the unit should be your next concern. We searched for some tools to help you find the right price.

For a web-based app, you can go to https://www.converterdatabase.com/. Encode the serial number or a description of the catalytic converter to get the information you need.

This database also provides the current market value of platinum, palladium, and rhodium.

The other option would be to download the Ecotrade converter pricing app (known as the Eco Cat app) on your phone. This app requires a monthly subscription. But you can use it for free if you will only search for one item per day.

To use this app, you will encode the serial number of the unit. If there is no identification, you can also upload a photo of the unit that you are planning to sell.

To download this app, go to Google Play, Apple App Store, or App Gallery. You will receive a quotation in your country's currency.

What Is The Role Of Catalytic Converter? 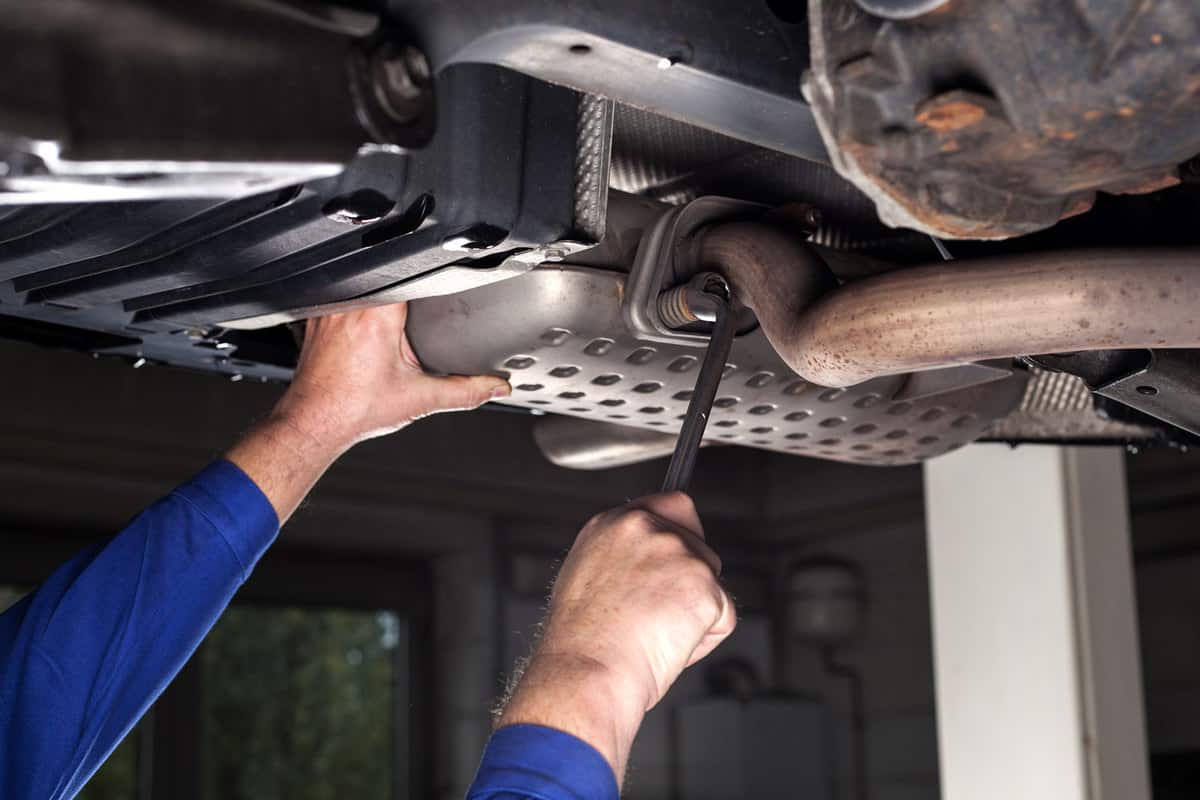 Catalytic converters are useful in vehicles because they convert harmful fumes before they are released into the atmosphere. It can be found under the car or in front near the engine.

The main action happens in the cylinder of the converter. Inside you will see a honeycomb-like structure, which is responsible for filtering gases in the vehicle.

Some parts of the catalytic converter are valuable. These elements are palladium, platinum, and rhodium.

Which Catalytic Converters Have The Highest Scrap Value?

According to car reviewers, the Ferrari F430 brings in the highest value. It can fetch as high as $3,000. In general, the catalytic converters from European cars command the highest price. The OEM compliant models have more value too.

Next in the hierarchy are the Japanese models. Their value is about 110% in the market.

The French and American manufacturers are the next in ranking.

What Factors Determine The Price Of The Catalytic Converter? 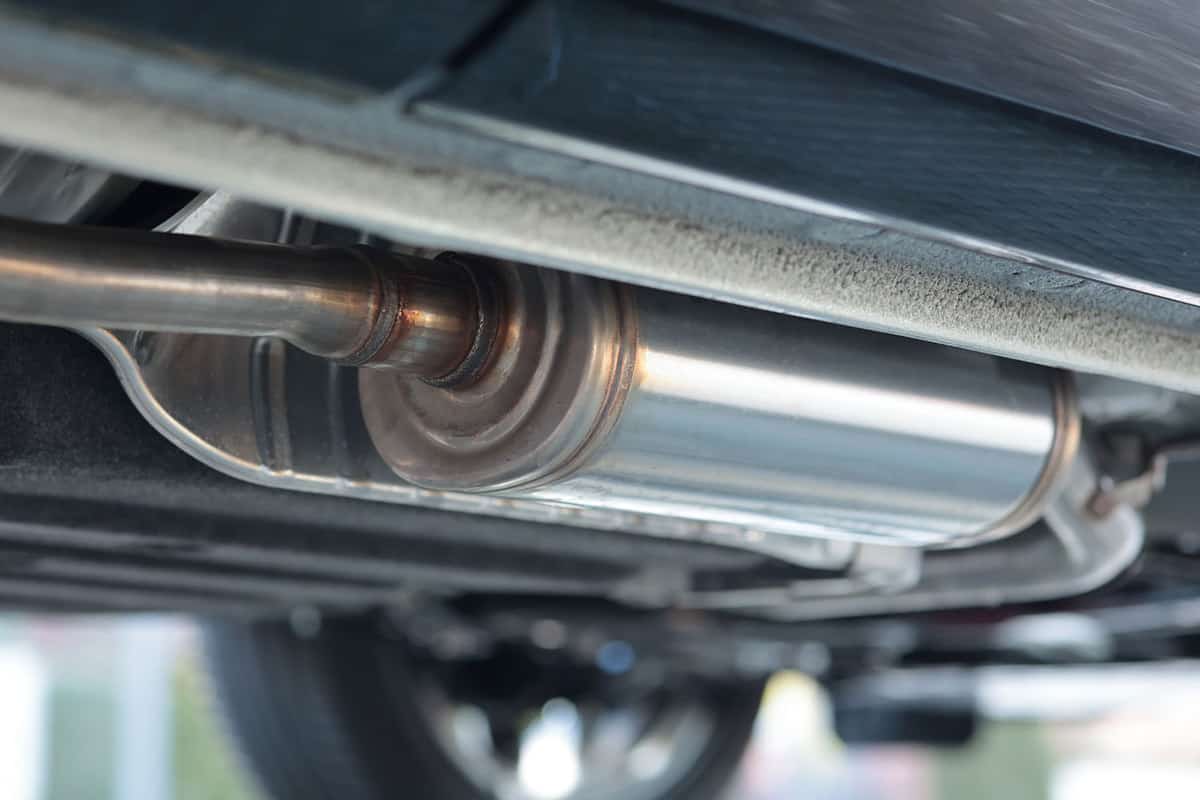 You might think that all catalytic converters are created equal. But certain conditions affect the value of the unit.

First is the condition of the unit. If it is in good condition, it can command a good price. On the other hand, a catalytic converter will diminish its value if it is broken or chipped.

Another factor is the engine volume. The premise for this is that the heavier converter contains a greater the amount of precious metals.

Third, the country of origin affects the value of the unit. The reason behind this is that some countries have stricter environmental standards. This will reflect in the catalytic converters that they produce.

It should not come as a surprise that the same catalytic converter will have a different price than its counterpart from another country.

How To Prevent Theft Of Catalytic Converters 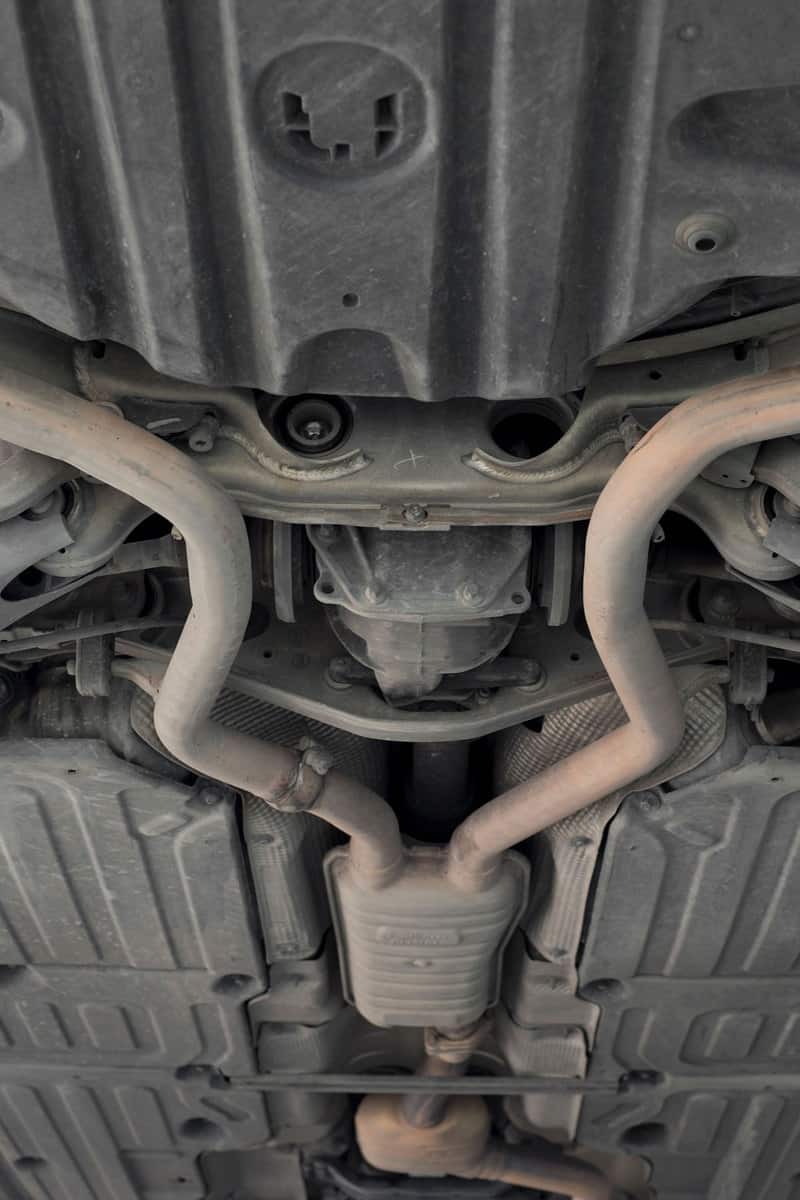 Cars that are left in the parking lot are in danger of getting the converters stolen. It is very easy for the thieves to slide under the car and take the converter.

Don't let this happen to you. Keep your car safe at all times.

The first thing you can do is to install a steel shield to cover the converter. With this additional metal, the thief will have a harder time removing the converter.

Next is to paint the converter with fluorescent paint. If you have some leftover paint from your barbecue grill, you can use this.

Once you have painted the body, you can add the car's license plate. Because you marked the converter, if anyone tries to sell this stolen piece, the dealer might decline to buy it.

Likewise, you can install a car alarm in the vehicle. If you put a motion sensor, it will go off when someone tries to get under.

Aside from the car alarm, you can also install a surveillance camera near the garage. This way, you can monitor if anyone comes near your vehicle.

Mechanics suggest that you need to replace the converter when the car has reached 100,000 miles. So when your odometer is near this reading, you might want to start looking for a replacement.

Next, you will notice that the engine light turns on. Of course, there are many other possible reasons for this warning. It's best to bring your car to the mechanic to find out the specific cause.

You may also feel that the engine does not work the same as before. Be on the lookout if the car seems to run slower or seems to lose fuel easily.

If you start smelling sulfur in the exhaust, it is also another sign that the catalytic converter is failing. After all, the converter should be able to process the sulfur content of the fuel so you don't have to smell it. 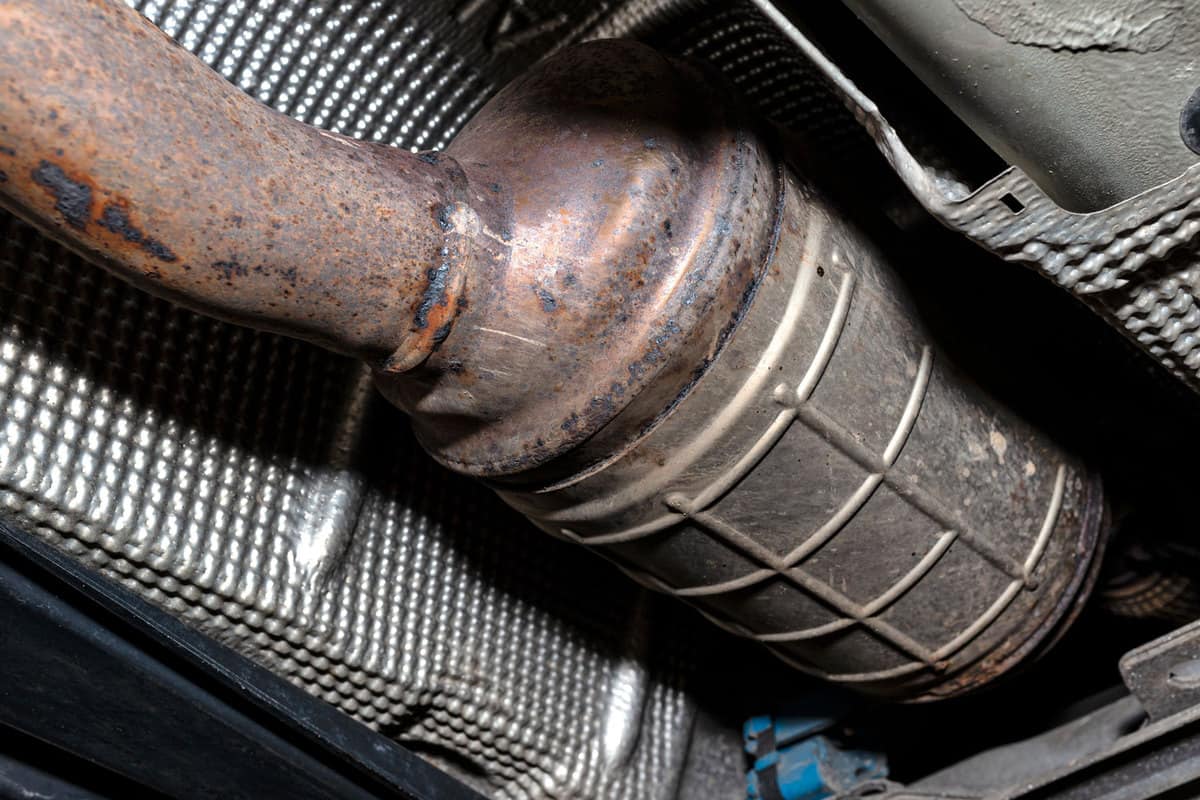 The catalytic converter is a valuable part of your engine. Aside from cleaning the exhaust fumes, you can earn money from selling its scrap.

You need to find the serial number or any markings so you can send them to the buyer. Once you send the important information, you can get a quotation.

But if you want to get the maximum value, you can refer to databases to get a more accurate quote.

To learn more about catalytic converters, be sure to check out these great articles:

Clogged Catalytic Converter - How to Tell and What to Do

Can You Drive Without A Catalytic Converter?

Been ripped off. Get complete exhaust systems for VW, CHEVY, FORD. EMAIL FOR USED QUOTE.