Have you ever experienced problems with your GMC Acadia when you try to shut off the engine? If there is a 'Shift to Park' message displayed on your car when it is already in park mode, don't fret. We've come up with a step-by-step guide on how to fix it by doing some research and asking the experts.

To fix the 'Shift to Park' message on a GMC Acadia, you need to perform the following steps below:

If you are still a bit confused on how to carry out the process of fixing the 'Shift to Park' message on your GMC Acadia, keep reading as we elaborate more on the topic. We'll also answer frequently asked questions related to this topic. 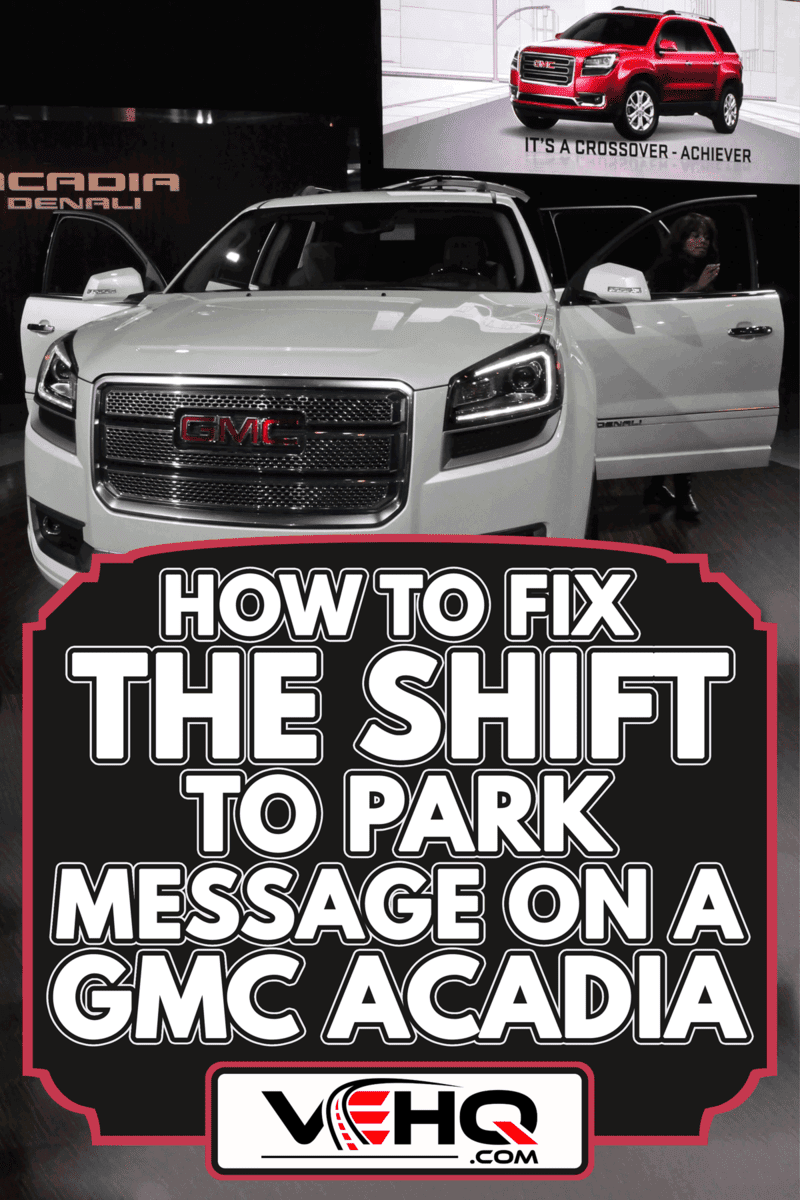 Why 'Shift to Park' Message is Displayed on GMC Acadia 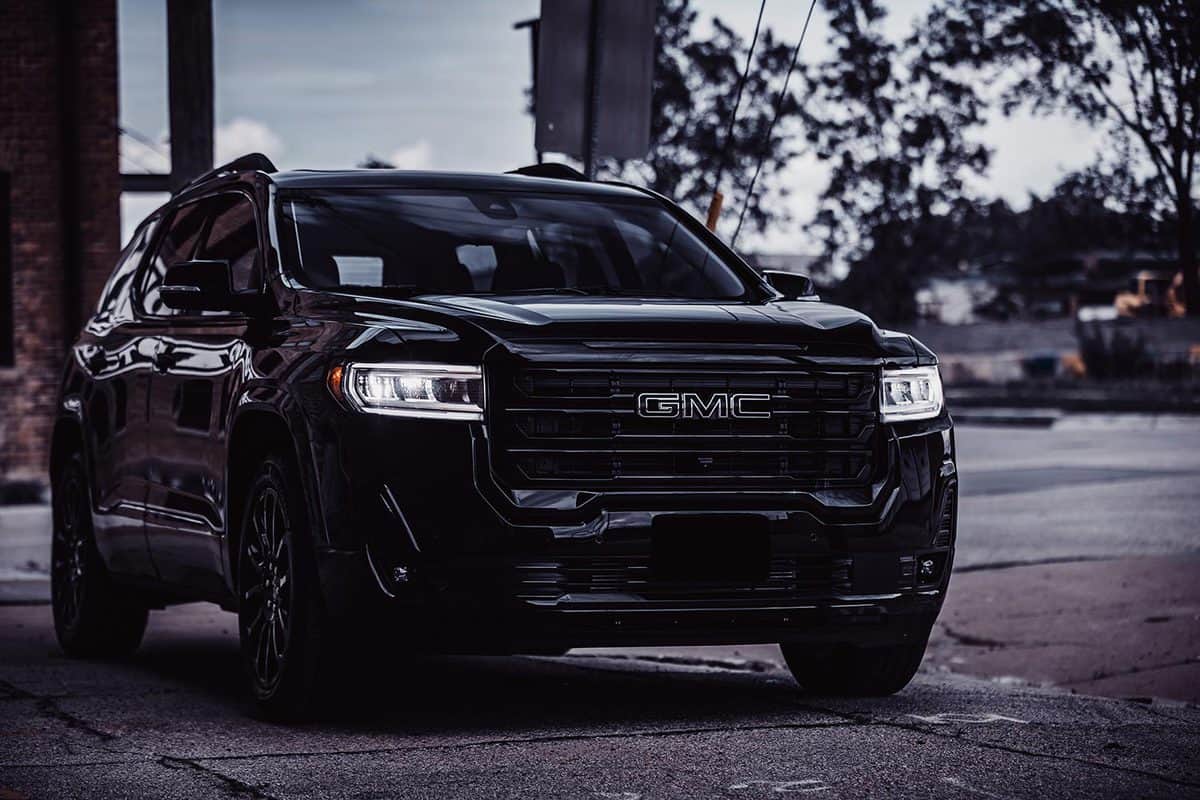 Because of this, you may observe that you could change the shifter to 'park' and remove the ignition key at the same time. But the problem is, although the shifter is already in 'park', the transmission gear is not.

As a result, the vehicle could roll away once you get off of it, putting you and the people around in great danger. Also, you may not be able to restart the vehicle once the 'Shift to Park' message is displayed, making it a terrible inconvenience especially when you're in a hurry.

Fixing the 'Shift to Park' message 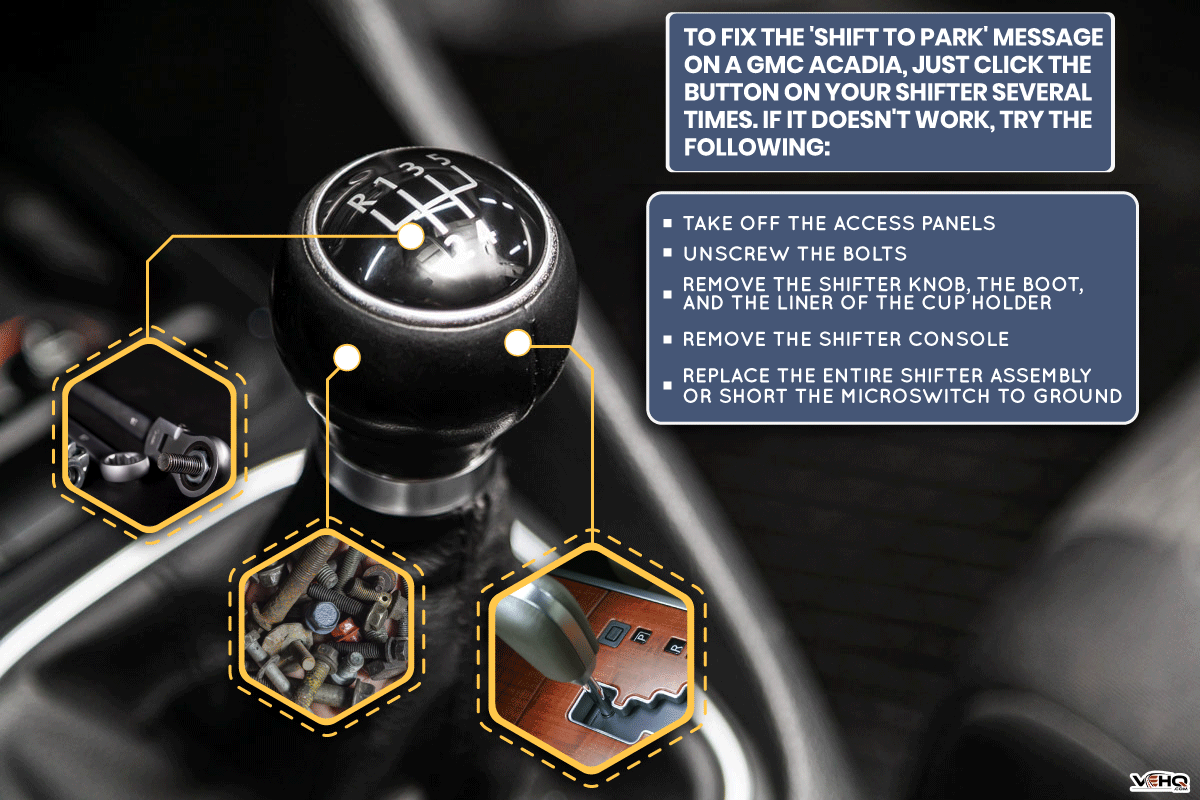 Some car dealers of GMC Acadia suggest that if your car would display the 'Shift to Park' message on your Driver Information Center (DIC), you just need to click the button on your shifter knob several times to fix it. But unfortunately, it doesn't work.

The good news is that two effective remedies are available. But before you begin going through the whole procedure, make sure to prepare the needed tools first.

Check out this pry tool kit on Amazon

To get started, you should first adjust the driver and passenger seats and make sure that they are moved to the back. If you have any car mats installed in front of your car, remove them to get an unobstructed working space.

Gently pull off the bolt covers to access the bolts behind them using a flathead screwdriver or a pry tool. Afterward, unscrew the bolts on each side using an electric screwdriver with a 10-millimeter socket. Use a plastic pry tool and insert it into the small space between the access panel and the shifter console.

If you don't have any pry tools or flathead screwdrivers, you can also use your fingers to unclip the retainers. Do this on the other side as well.

Take off the front access panels on each side by unscrewing the four bolts that are holding them using an electric or manual screwdriver. Once you're done, adjust the passenger seats again by moving them to the front. Repeat the same procedure to remove the back access panels as well.

Step 3. Remove the shifter knob, the boot, and the liner of the cup holder

Before you remove the shifter knob from the console, make sure to detach the shift cables from the knob itself first. Once done, you have to put the shifter into neutral mode. Now, grab the shifter knob firmly using your two hands and then twist it a little bit and lift it all at the same time.

Next, you need to remove the boot from the console cover by using a trim tool. Remember that the chrome lining should stay. Gently pry the tool against the leather cover until the detents or tabs click and the boot is released.

Now, to remove the liner of the cup holder, you just only need to use a trim tool or a flathead screwdriver and pry out the rubber portion and grab it with your hand until it is completely removed. Don't forget to unfasten the two screws on the bottom of the cupholder.

Since there are two ways how to properly fix the 'Shift to Park' message, you can either choose to remove the shifter console completely or partially, depending on your preferred solution.

If you wish to remove the entire shifter console completely, it requires disconnecting or undoing the seat heater and cooler, the hazard light button, the traction control button, the USB port, the cigarette lighter, the PRNDL indicator, and a couple of other connectors.

Step 5. Replace the entire shifter assembly or short the microswitch to ground

Afterward, you can unscrew the four 10-millimeter bolts that hold the entire shifter assembly.

The other solution is to 'short to ground' the micro shifter since it is the culprit as to why the car is displaying the 'Shift to Park' message. Grounding the microswitch would fix the gear switch lever which is supposed to close whenever you switch your car to 'park' and would open when you're driving.

You need to partially remove the shifter console and prop it open using any tool. When you look inside where the shifter assembly is located, you'll see blue and black wires which go all the way to the microswitch.

Next, unplug the switch located at the back of the shifter assembly. You can easily recognize the plug since it has a black wire on the rightmost part, purple wires in between, and a white wire on the leftmost side. Now, short the white and purple wires together using a stainless steel paperclip.

You should bend the paperclip to straighten them. Afterward, insert the paperclip into the black and white wires' terminals. Reinstall the plug back into the shifter.

For your reference, check the videos below. This first video will show you how to fix the 'Shift to Park' message with the use of the 'short to ground' method.

This next video will show you how to properly remove and replace the whole shifter assembly to fix the 'Shift to Park' issue.

Is there a GMC recall for the 'shift to park' issue? 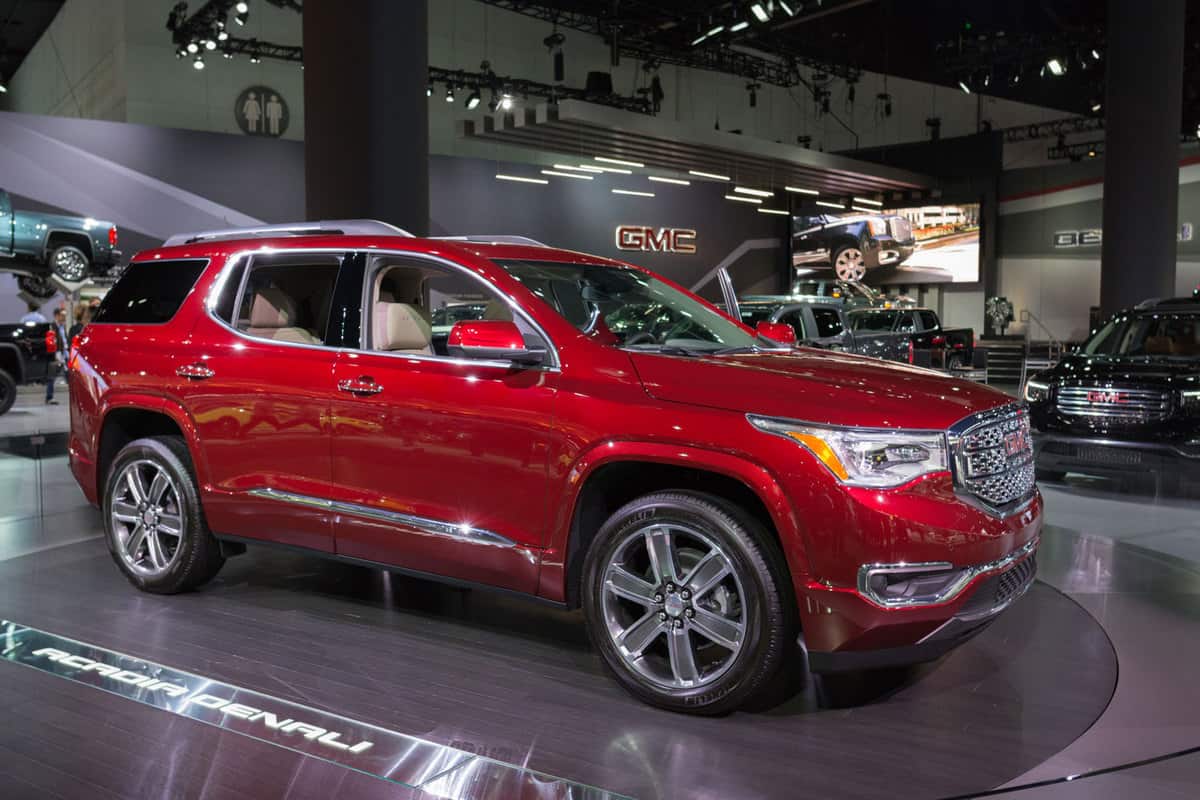 According to the National Highway Traffic Safety Administration's (NHTSA) recall information, General Motors recalled certain car models in 2009 and 2014, including GMC Acadia, due to the 'Shift to Park' issue that resulted in their failure to comply with some Federal Motor Vehicles Safety Standards.

What year did the GMC Acadia have transmission problems? 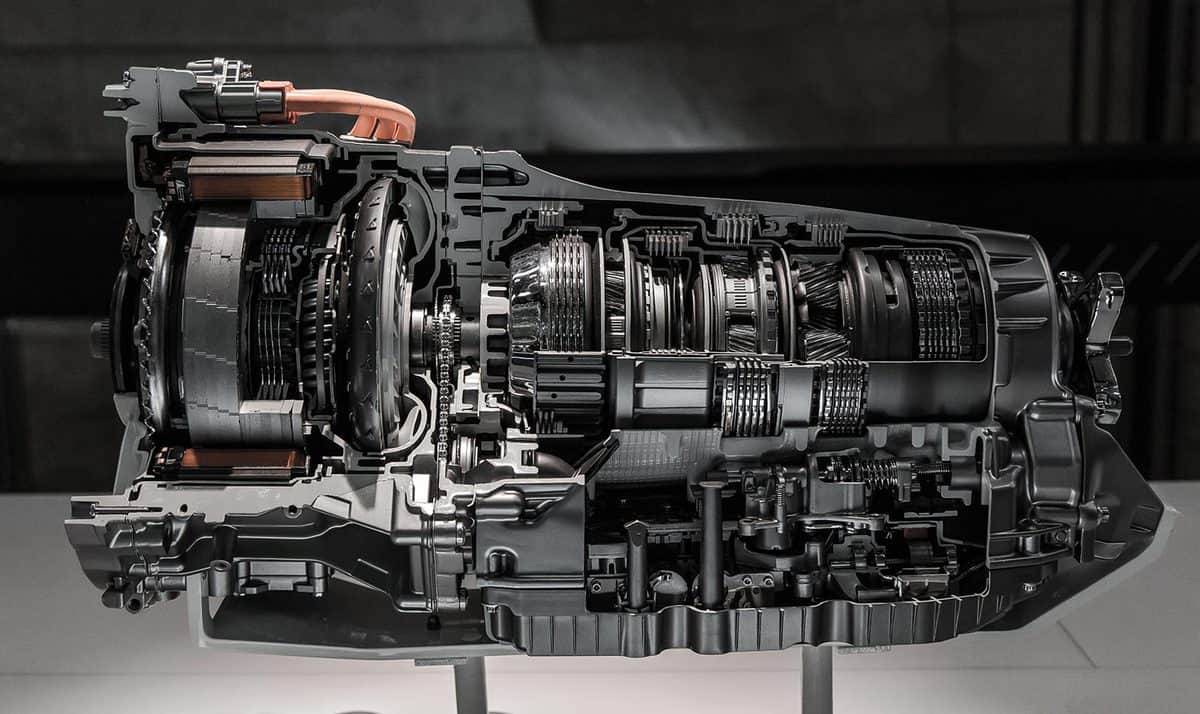 What is the life expectancy of a GMC Acadia? 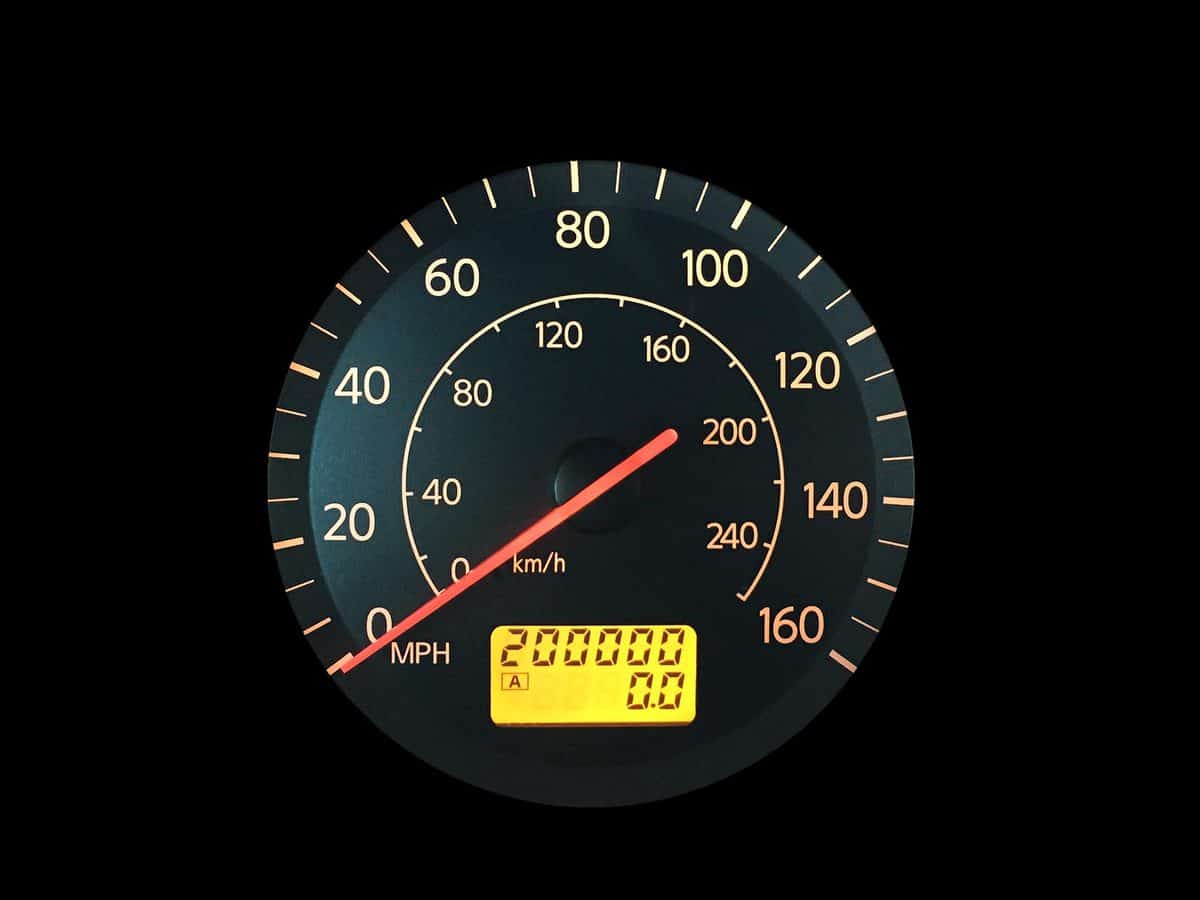 Like any other car, a GMC Acadia's life expectancy will depend on how well you maintain it and how you use it. Since it is built to last, your GMC Acadia would possibly last for about 200,000 miles provided that all the necessary maintenance is performed and good driving habits are observed. 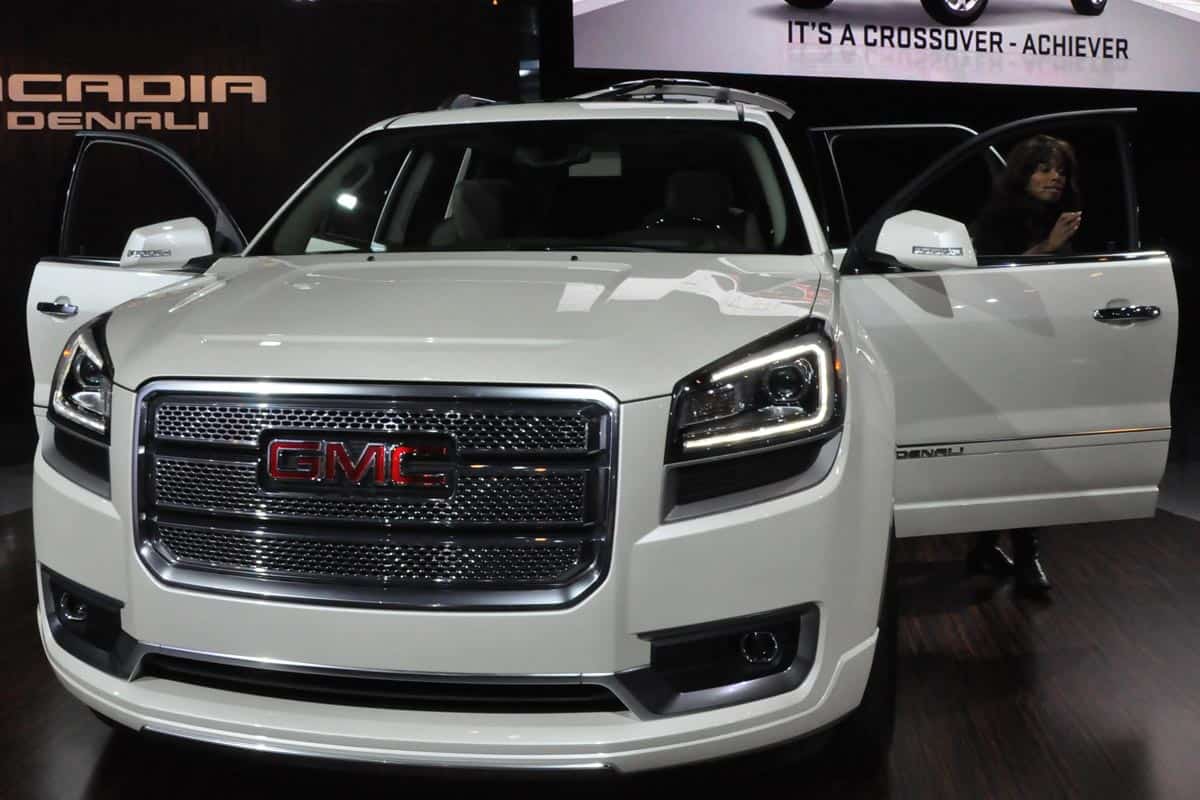 The first step in fixing the 'Shift to Park' issue is to remove the access panels and the bolts surrounding them.

Do you want to learn more about GMC Acadia cars? Check out these interesting articles below:

What’s The Best Oil and Oil Filter for a GMC Acadia?

What Should The Tire Pressure Be On A GMC Acadia?