If you need extra room in your Honda CR-V, folding the backs seats down is the way to go. However, if you haven't put your seat down before, it is also an easy step to take to improve your cargo space. Let's take a look at how to do this below.

In order to fold the back seats down in your Honda CR-V, follow these steps: 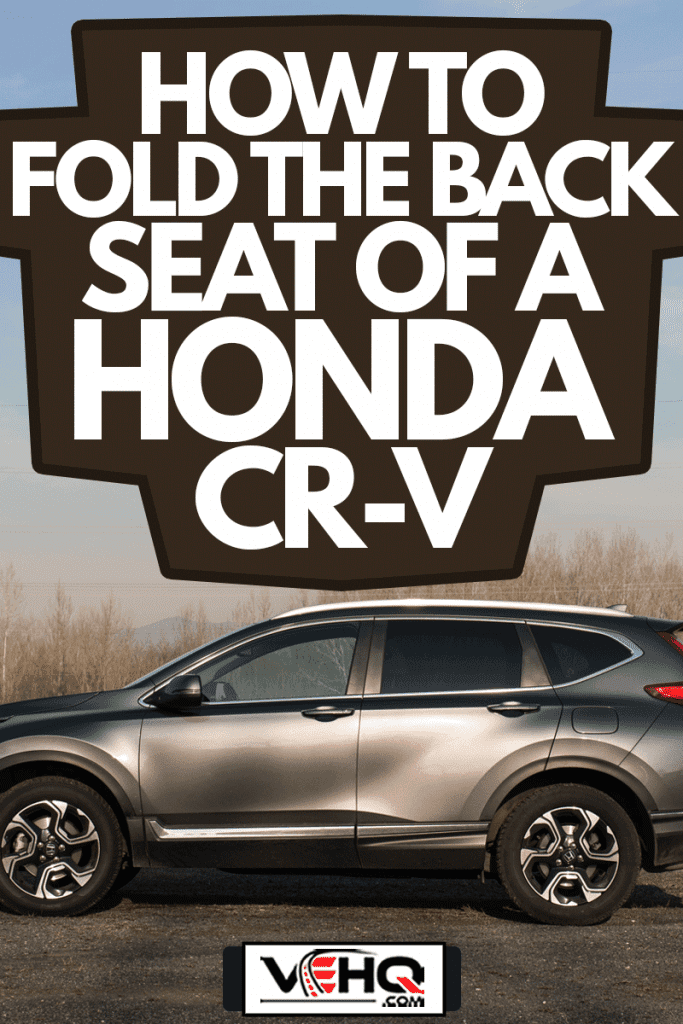 How To Fold The Back Seat Of A Honda CR-V 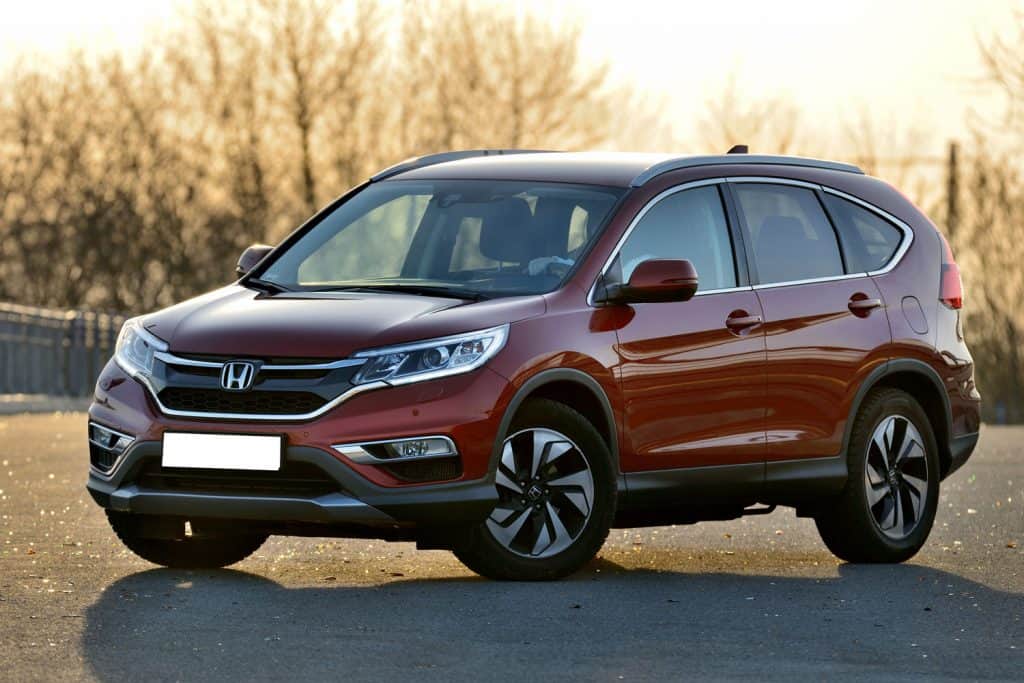 There are a few different reasons why you might need to fold the back seats down in your Honda CR-V. For example, folding the seats down will create more space in the cargo area if you're moving and need to transport large items.

Additionally, if you're going on a road trip and need to sleep in the back of your car, then folding the seats down will create more room. Depending on the year of your Honda CR-V will depend on how the back seats fold down. Let's take a look at them below.

For older models (pre-2017), you will need to do a couple of extra steps to fold the back seats down:

The newer models take a one-step as you don't need to lift the seat cushion in order to fold the seats flat. Instead, all you need to do is drop the headrest and pull the lever at the bottom of the seat to fold them flat.

In addition, newer models have a lever in the cargo area that you can pull for a quick fold down. Folding the seats down will increase your cargo room tremendously, as we will discuss later in this article.

Do the Seats Go Down in a Honda CRV?

The only seats that will fold completely flat in the Honda CR-V are the back seats. Therefore, you won't be able to fold down the front seats. However, you can move them up and tilt the reclining part of the passenger seat forward for extra room.

As mentioned earlier, you can fold the back seats down in a 2020 Honda CR-V by following the steps below:

This feature is particularly handy when you have large items to load.

As we mentioned earlier, folding down the back seats of the Honda CR-V will increase your cargo space astronomically. You will go from 39.2 cubic feet of cargo space to 75.8 cubic feet by folding the seats down.

In addition, the back seats of the Honda CR-V are a 60/40 split. This means that you don't need to fold down the whole back seat if it isn't needed. Instead, you can fold down one side or the other, leaving a seat in the back for a passenger.

The front seats of the Honda CR-V recline, and you can move them forward if you need extra legroom. You can also tilt the seat back for a little more room when driving.

Additionally, the driver's seat has lumbar adjustment should you want to make the seat a little more comfortable.

There is also a heated steering wheel and seats on some trims if you're driving on cold days. The back of the CR-V has air vents that you can adjust to your liking, as well as cup holders for both front and back passengers.

The back seats of the CR-V recline as well. This is particularly nice if you have adult passengers riding in the back seats. 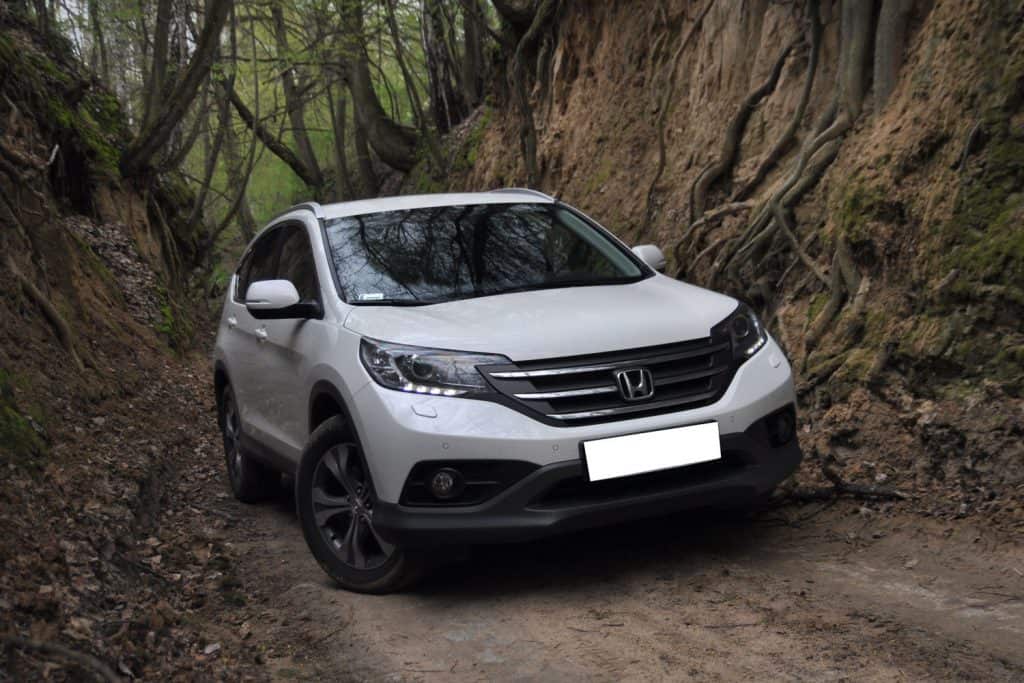 The new generation of CR-V's is more significant than the last generation, which ended in 2016. You can expect the new generation to be 1-inch taller and 1.6 inches longer than the previous generations. While this doesn't seem like a big difference, it adds quite a bit more space for the passengers and cargo.

Unfortunately, there isn't much difference between the 2020 Honda CR-V and the 2021 model. They are the same size and come with the same trim packages. The only thing that is different is some cosmetic additions.

With that being said, you can probably find a better deal on the later model. It won't be brand new, but it will be the same car with a less expensive price due to it being a year older. 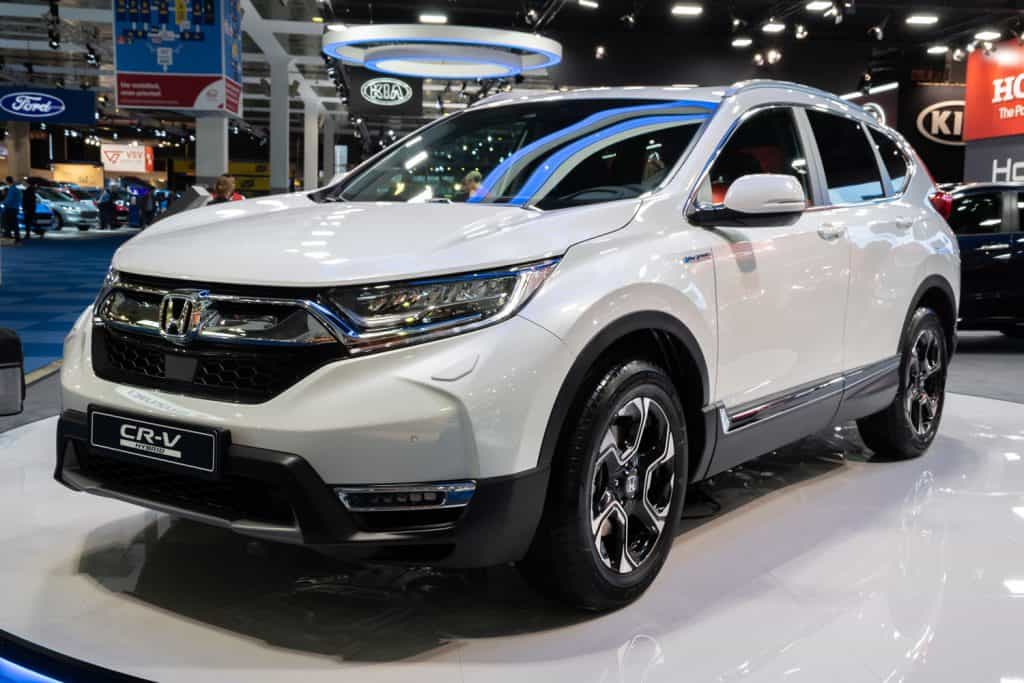 If your CR-V's seats won't move or fold down, the first thing you should do is check for any jams.

Sometimes, when loading items into the car, people leave something in front of a seat that makes it difficult to pull forward. This could be anything from luggage to a stray purse strap. If you find something in the way, pull it out and try moving the seat again.

If this doesn't work, check to see if a seatbelt is holding the seatback. This could be from a child's car seat or another passenger who correctly put their belt away. Then, undo the belt and try moving the seat again.

In addition, you could be pulling the wrong lever. For example, if you have an older generation CR-V, there are two different levers. One brings the seat cushion forward, and the other brings the reclining part of the seat down. Make sure that you are pulling the correct lever.

If all of these things have been done and it's still not working, then you could have a broken lever. In this situation, take your CR-V into a service center so they can see what's wrong with the seats. They might need some parts replaced if the mechanisms or lever is broken.

How many does the Honda CR-V seat? 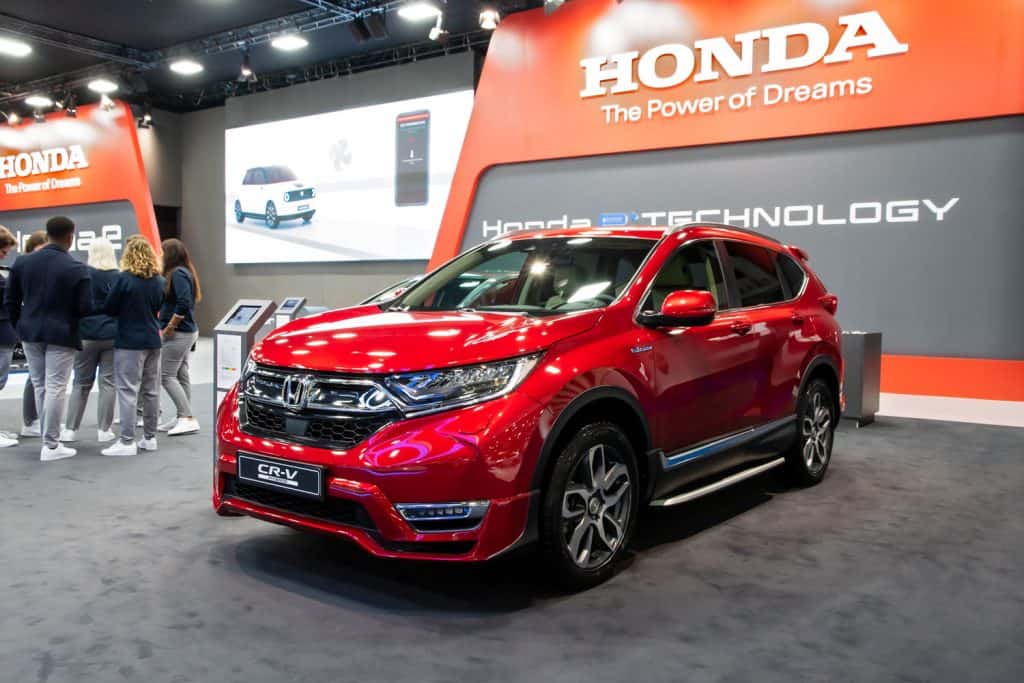 If you want a car that seats seven or eight, look at the Honda Pilot. When comparing the same year and miles, you will pay more for the Honda Pilot. However, if you need extra seating and want a Honda, Pilot is your best bet. 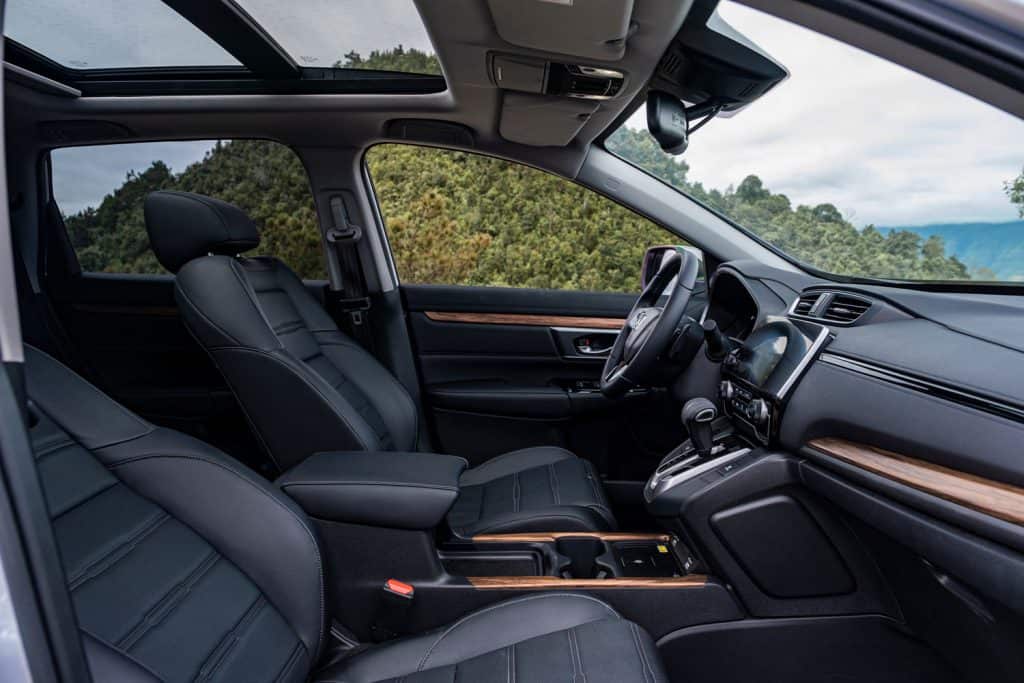 The Honda CR-V seats five people comfortably. However, if you need extra cargo space, it's nice to know you can fold the seats down. If you have issues folding your seats down, the levers may be broken. A service center can look at this for you and fix the issue.

If you need to seat more than five people, consider getting a Honda Pilot or similar SUV. The Honda CR-V is reliable, safe, and affordable, though it doesn't have third-row seating like other SUVs.

For more articles on Honda vehicles, then take a look at these:

Does The Honda HR-V Have 4 Doors?

How To Start Honda Accord With Key [Or Without]