Rust can quickly become a major issue. It disrupts the operation and stability of machinery. Knowing how to prevent rust effectively can save money and help you avoid serious problems. As with many things, taking a few simple precautions can save you money, time, and frustration later. We've researched everything you need to know to have a rust-free engine block.

To keep your engine block from rusting, apply a rust preventer on it after cleaning. If you plan to store it, you can apply primer paint to protect the metal from exposure to oxygen and humidity. For the best rust preventer, you can use POR-15, BOESHIELD T-9, Sta-bil, and WD-40. 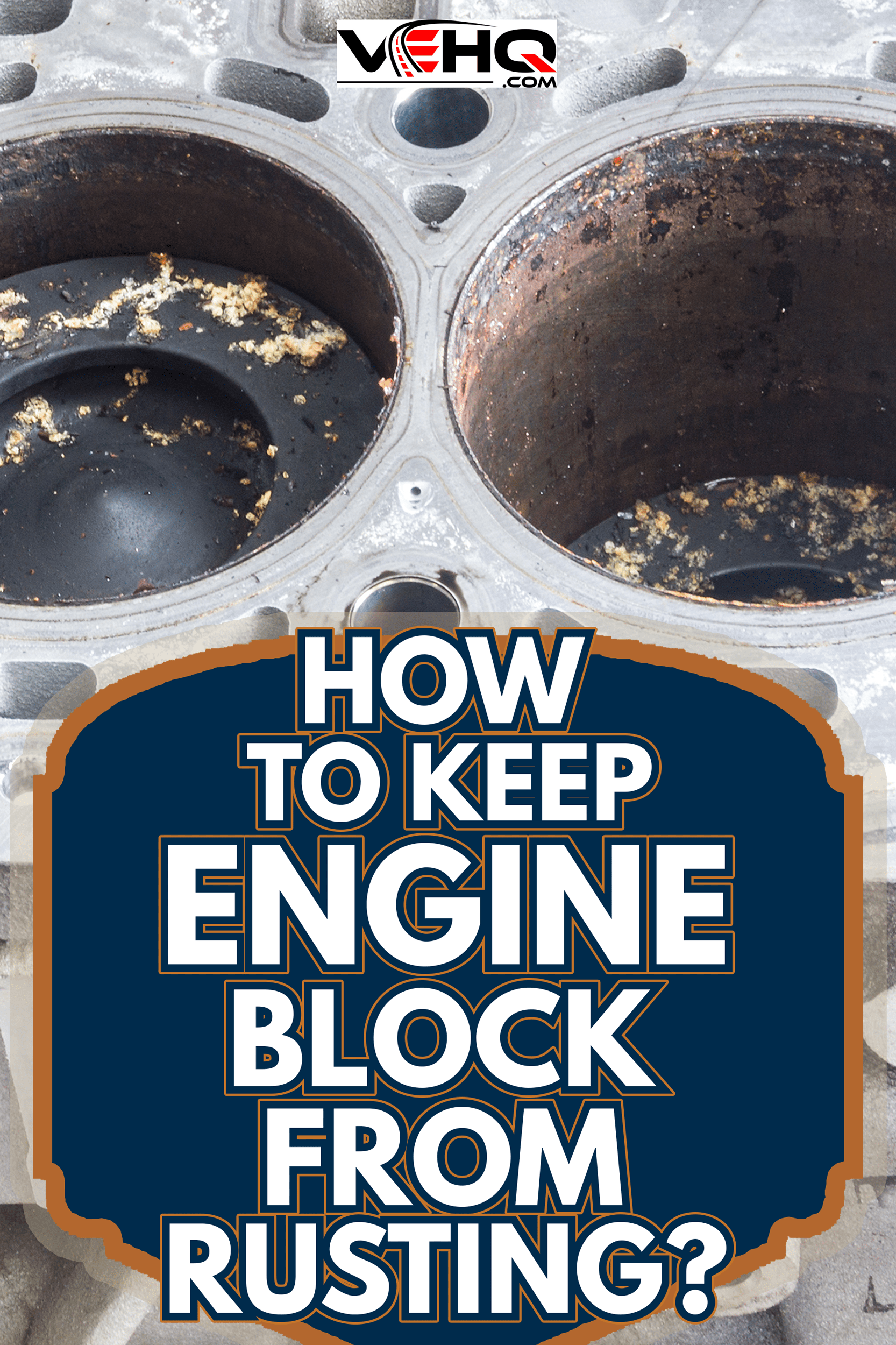 What Causes Rust on Engine Block? 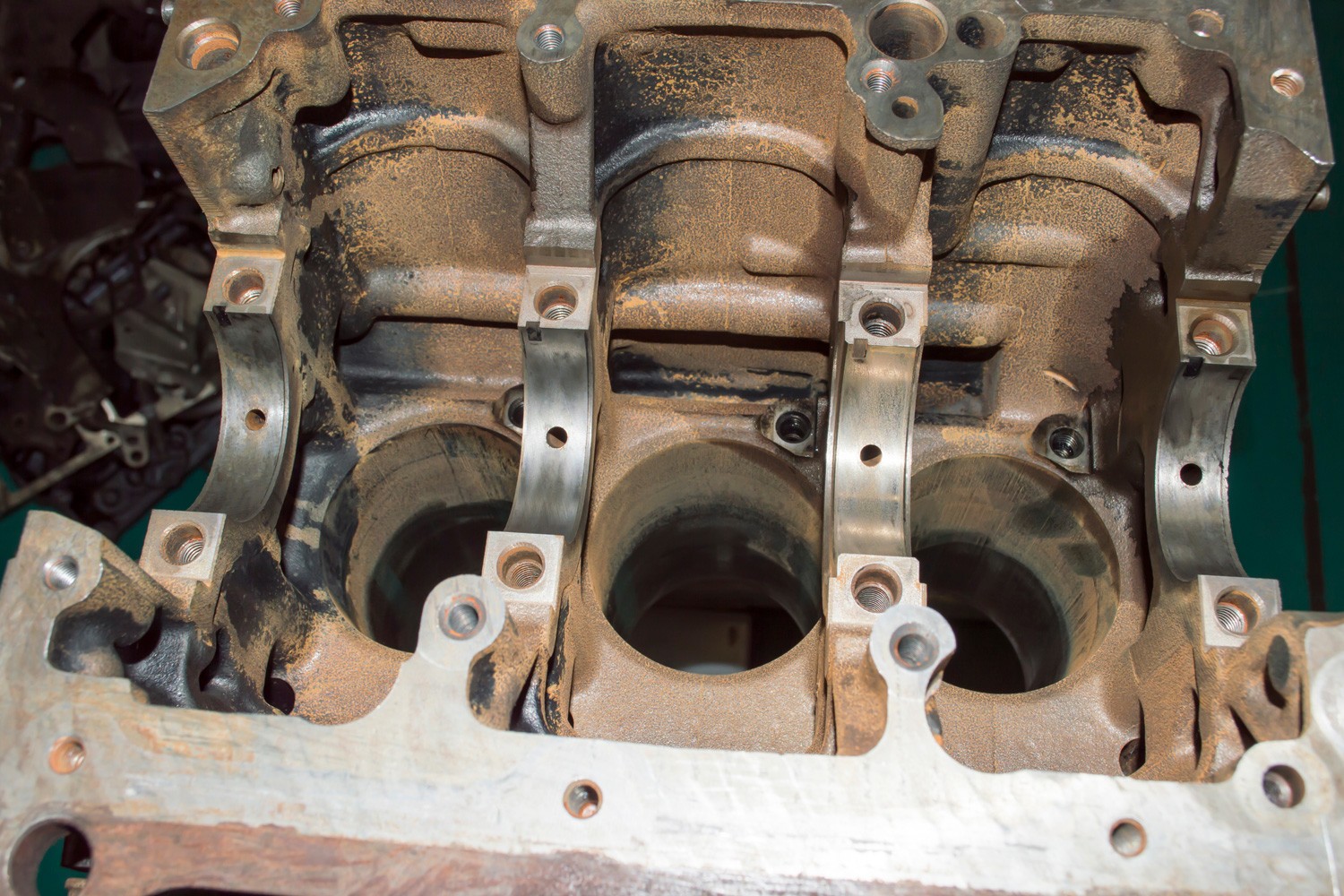 The formation of sulfuric acid, which is primarily seen in low-quality gas or oil, and water that penetrates your engine, is thought to be the cause of rusting of engine blocks in automobile engine systems. This is most common in the winter and is caused by water condensation inside your engine block.

Moisture in these components penetrates the oil coating and comes into contact with the metal surface of your engine block. This action also causes rust in the engine's coolant system and various metal surfaces. When this happens, and your vehicle's lubricating system does not provide enough oil to the surfaces when you start your engine, corrosion will accelerate on the metal surfaces, causing them to wear out more quickly.

If you stop or turn off your engine before it has a chance to warm up, condensation will quickly rust the metal components of your engine.

Poor-quality oil is thought to be also one of the causes of rapid corrosion of the engine block and other components. However, a timely oil change can help slow the corrosion rate. But the effects of sulfuric acid, condensation of water, and air moisture on the cold surfaces of your engine block are primarily responsible for interior rusting.

The rate at which your engine block corrodes is determined by the environment, the steel alloy components, and the heating treatment used on the steel.

How to Remove Rust from an Engine Block? 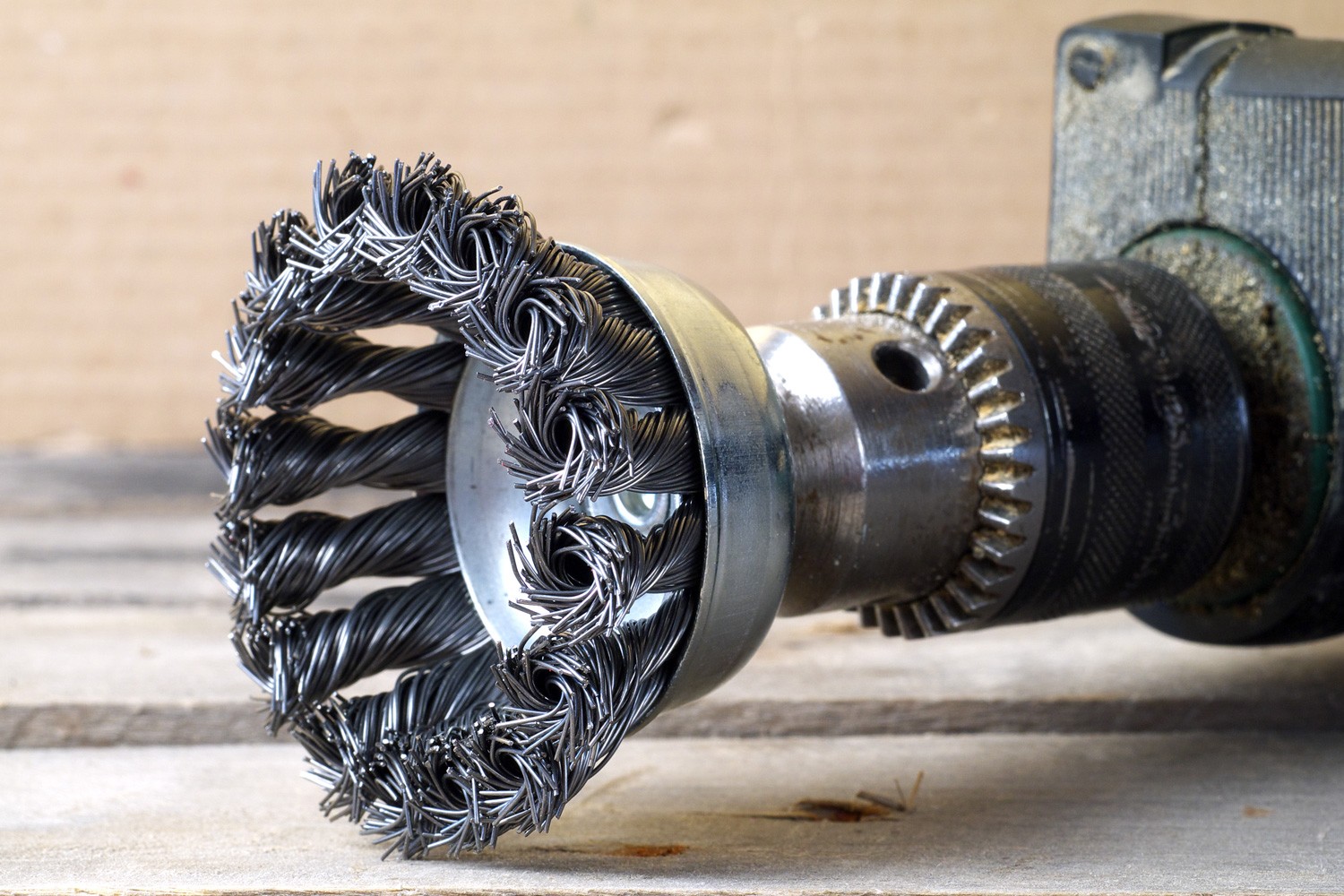 Cleaning an engine block can be daunting because you're worried about causing damage to the rest of the machine. Fortunately, removing rust from an engine block is relatively simple if you use the right materials and take your time. The rust can be removed with tools you probably already have in your toolbox. Below are the steps for cleaning the engine block from rust:

How To Keep Engine Block From Rusting?

After cleaning, the part is rinsed and then put through a process known as an RP [rust preventer]. This is an aqueous solution that dries onto the part and provides some protection against rust.

Regardless of the cleaning method you use, it's recommended that you soak that part in some RP to prevent rust. You don't want rust to return once you've cleaned a rusted part.

The type of environment in which the part is stored is also crucial in preventing rust. If your facility isn't air-conditioned, you'll have to deal with more humidity and rust than if you have a controlled temperature environment. The number one villain is humidity. Anything that can raise humidity levels can cause a part to rust.

You may apply a light coat of primer paint when you plan to store the engine block. This is to protect the metal from being exposed to direct oxygen and humidity.

Best Rust Preventer in the Market 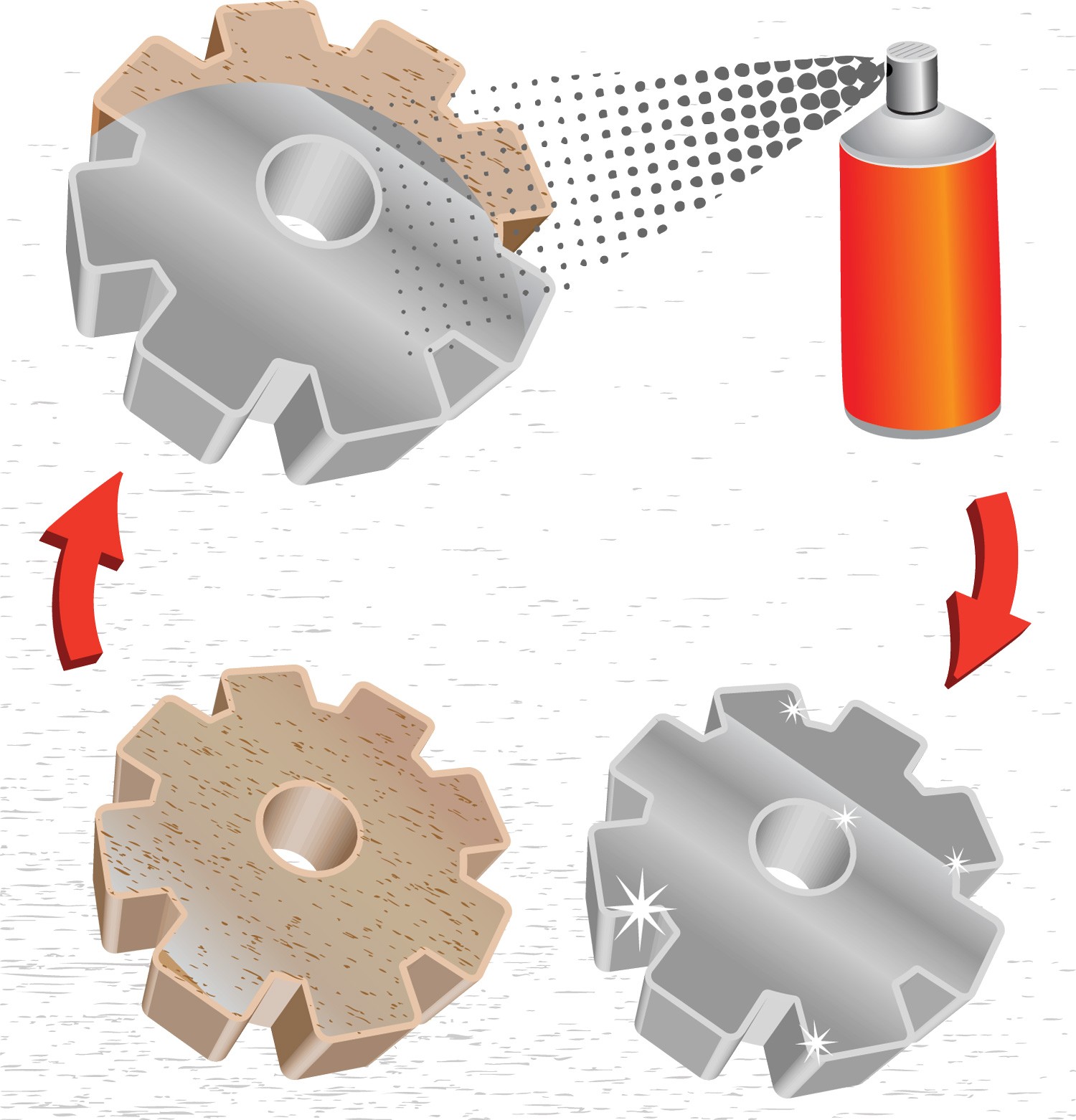 This is the number one care corrosion and inhibitor in the market. It is a high-performance coating for permanently stopping rust on prepped, rusted, or seasoned metal surfaces. Also, it is a non-porous coating that seals and protects various surfaces from water, chemicals, salt, and other corrosive contaminants. It can also be used to paint over rust.

Because of its dense, cross-linked molecular composition and non-porous characteristics, this anti-rust coating paint is an effective anti-corrosive and rust preventive coating.

According to a review, it offers excellent corrosion resistance and waterproof lubrication, which was rated as the best in their survey. It's also a formula that's simple to use and lasts.

It is a special solvent carrier and wax coating paraffin designed to reach deep into crevices, remove moisture, dissolve minor corrosion and leave a clean, waxy finish that is long-lasting—all without the use of silicone Teflon, fluorocarbons, or acetone.

Click here to see this BOESHIELD T-9 rust and corrosion protection on Amazon.

This rust inhibitor prevents rust and corrosion from forming on exposed metal surfaces. It leaves a protective film on metal surfaces that has been proven to withstand rain and snow.

Moreover, a specialized formula prevents normal water erosion and the protected surface from developing water stream markings, leading to uneven corrosion. Also, it is used as a lubricant for tools and parts to prevent squeaks and sticking.

Sta-Bil Rust Stopper prevents rust from spreading further. This formula stops rust in its tracks and coats it with a protective coating once it has formed.

Click here to see this Sta-Bil rust stopper on Amazon.

An anti-rust spray that's great for routine maintenance and high-humidity environments. It offers long-lasting and non-drying protection. The long-lasting formula prevents rust and corrosion on metal parts for up to two years indoors or a year outdoors.

Some of the inhibitor products in the market were tested. From the experimentation, Sta-bil Rust Stopper and WD-40 are one of those who do better. For full experimentation and results, a YouTube video is shown below.

Rust can corrode metal in your engine compartment, cause air leaks, weaken exhaust system mounts and expose your trunk to water leaks. While some types of rust are simple to fix and have little impact on your car's performance, others can signal the onset of serious problems that could jeopardize your vehicle's function and, potentially, your safety.

How Much Does it Cost to Clean an Engine? 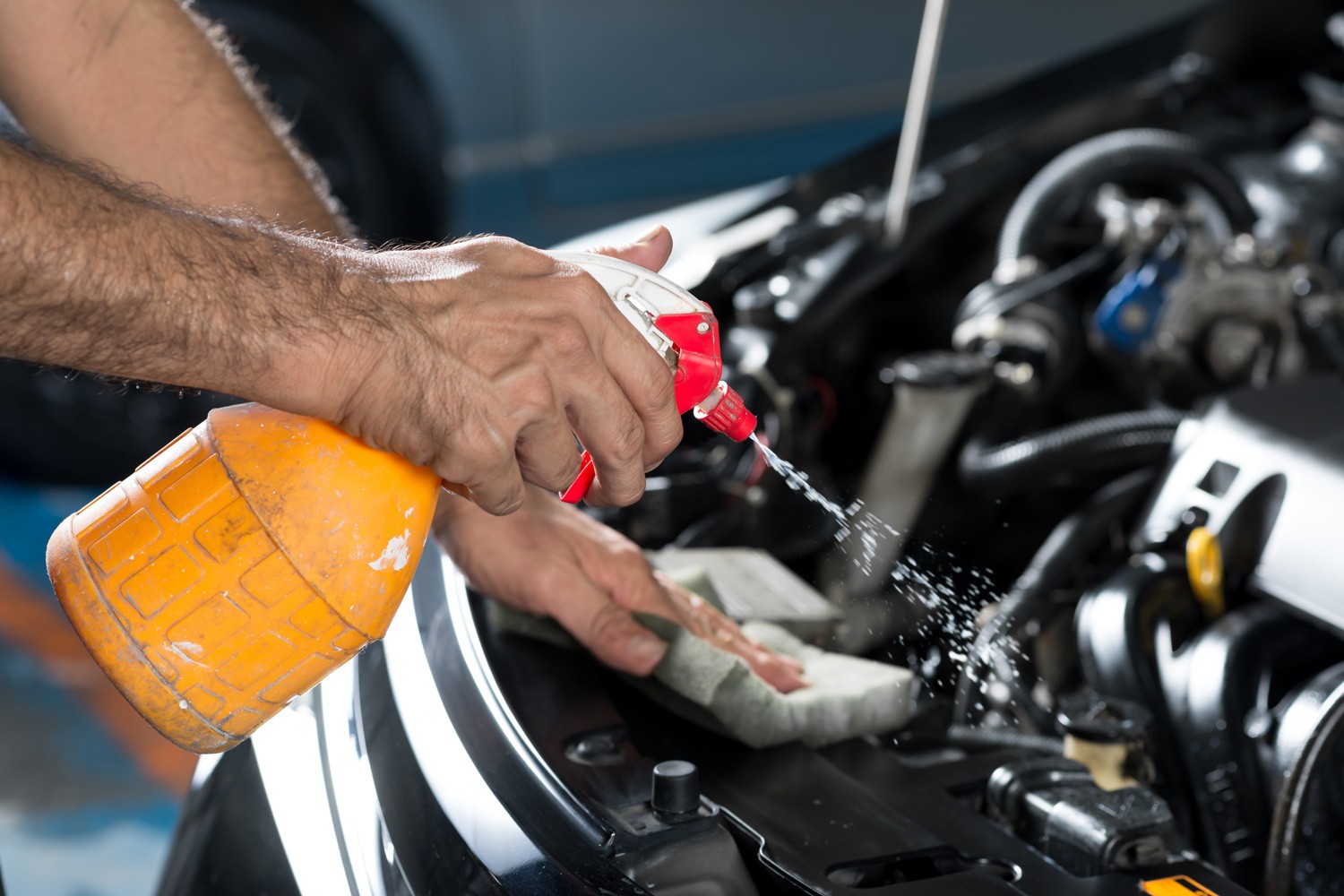 Cleaning an engine costs about $225 on average. DIY cleaning costs $50, while a more professional cleaning service costs $400. Purchasing the materials to do it yourself is much less expensive, but it may be riskier.

It could cost $700 or more for a thorough cleaning that includes the entire engine bay and undercarriage. Carbon cleaning can cost upwards of $1500. Cleaning engines is relatively expensive, but improper cleaning can result in abrasive results. Remaining rust in your engine after it has been cleaned could cause it to fail prematurely.

Applying a rust preventer after you clean the engine block can keep your engine from rusting and avoid serious problems in the future.

Here are a few more articles to read related to this topic:

How Much Frame Rust Is Too Much?

How Much Rust Is Normal Under A Truck?