While you may hope you never have to, at some point, you'll have to open the hood of the vehicle you're driving. And even though there's a step-by-step process that's outlined in your owner's manual, not everyone has it in the vehicle. If you've never opened the hood of your Buick Enclave before, we can walk you through the process. We researched the Enclave from numerous professional resources, so that you will know for sure how this is done.

Opening the hood of the Buick Enclave is a process that can be accomplished by following a few simple steps:

Now that we know the steps to opening the hood of the Buick Enclave, we'll take a closer look at the step-by-step process. You might also be wondering how long hood struts last or how much it costs to replace the hood struts in the Enclave. How much do car hoods weigh? Is it bad to leave a car hood open? For the answers to these questions and more, read ahead in this post to see what our research has uncovered. 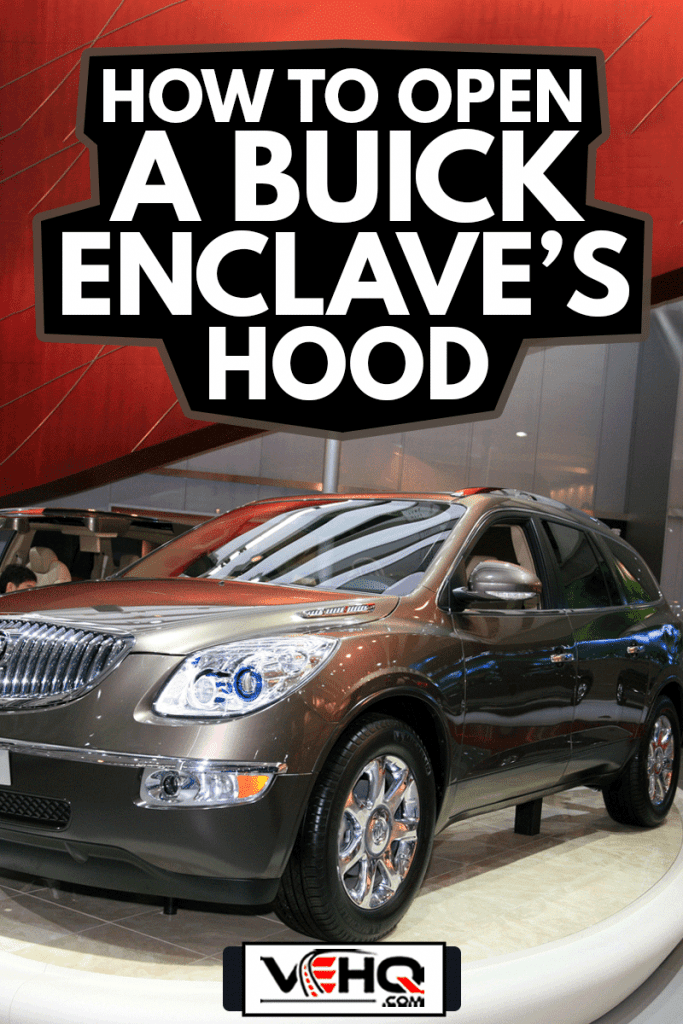 Locating what you need to lift the hood of the Buick Enclave can take a bit of time if you've never done it before. Here, we'll walk you through the process so that you can get the hood opened quickly and easily.

It's important to be sure that the Buick Enclave is shut off completely. Even if the engine is off, having the key in the "on" position will cause the engine to start up automatically the moment the hood is raised.

This is due to a function within the auto start-stop system of the Enclave. While there will be times that you might need to have the engine running while the hood is opened, it should never take you by surprise.

Locate the hood release, and pull it. The release is on the vehicle's driver's side, to the bottom left of the instrument panel. It will have a hood logo on the release.

Once you've found it, gently pull it toward you. You will hear the hood pop up, but you won't see it raise more than a couple of inches from its resting place. This is because of a secondary latch that needs to be released.

For safety reasons, the hoods on modern vehicles won't just pop open the moment you pull the hood release on the inside of the cab. In order to complete the process of lifting the hood, you'll need to locate and disengage the secondary hood release.

On the Buick Enclave, this is located in the front of the hood itself, just underneath the front center. While you won't be able to see it, you'll be able to feel it with your fingers when you put them under the hood.

Gently move the secondary hood release to the right. This will totally free the hood and allow you to proceed to the final step of the process.

Using both hands, gently lift the hood upward. At about the halfway point, the gas strut system will take over and lift the hood all the way up for you. These struts will hold the hood in the open position.

If your Enclave has just had the engine shut off, exercise extreme caution when opening the hood. The parts underneath will be very hot to the touch and can cause severe burns if you are not careful.

How do you close the hood on a Buick Enclave? 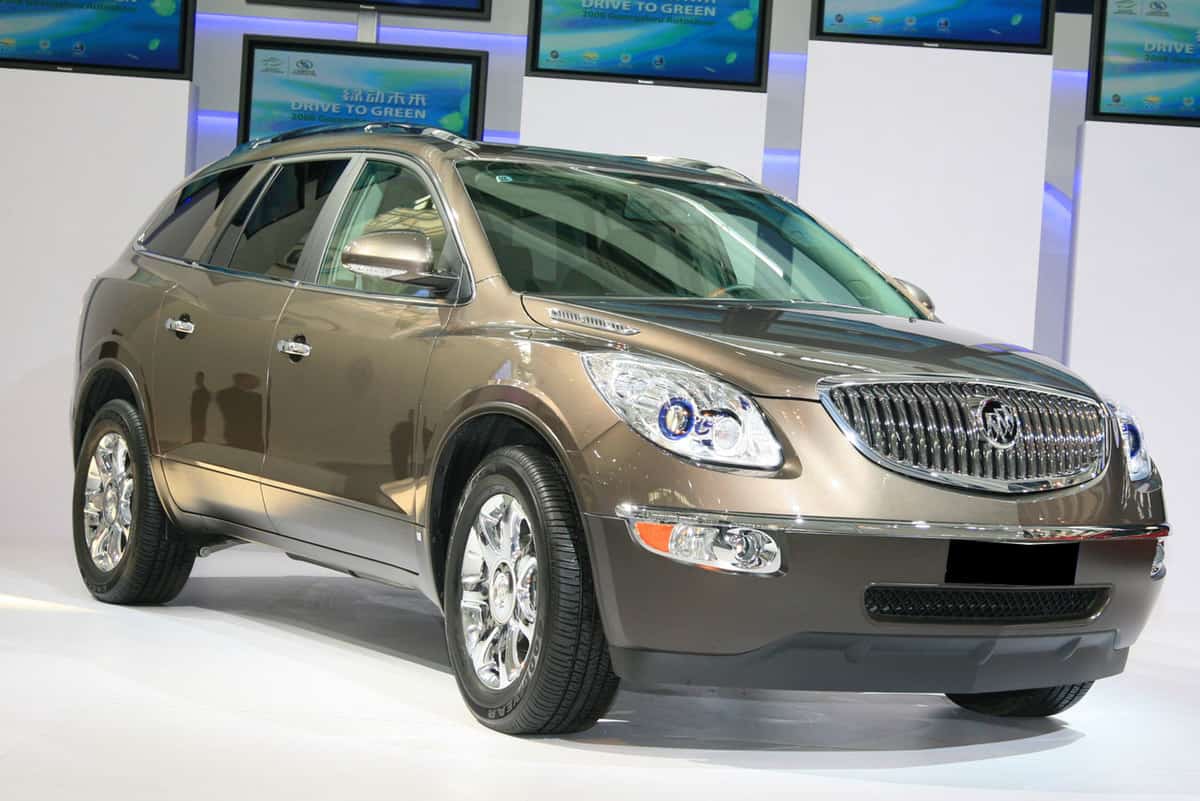 Closing the hood can be accomplished quickly and easily. Simply reach up and pull down the hood, making sure that you have a sturdy grip on it. When it gets about halfway down, the gas hood struts will release.

When this happens, the only thing holding the hood in place is you. To finish closing the hood, let it drop down into place at this point.

When it's shut, make sure that the hood is totally closed. You shouldn't be able to reach your fingers underneath it to locate the secondary engine release if it has closed all the way.

It's also important to be certain that any caps you might have loosened while you were under the hood of the Enclave have been screwed back on. Forgetting to secure these caps can cause some spills and cause needed fluids to gush out of your Enclave's engine. 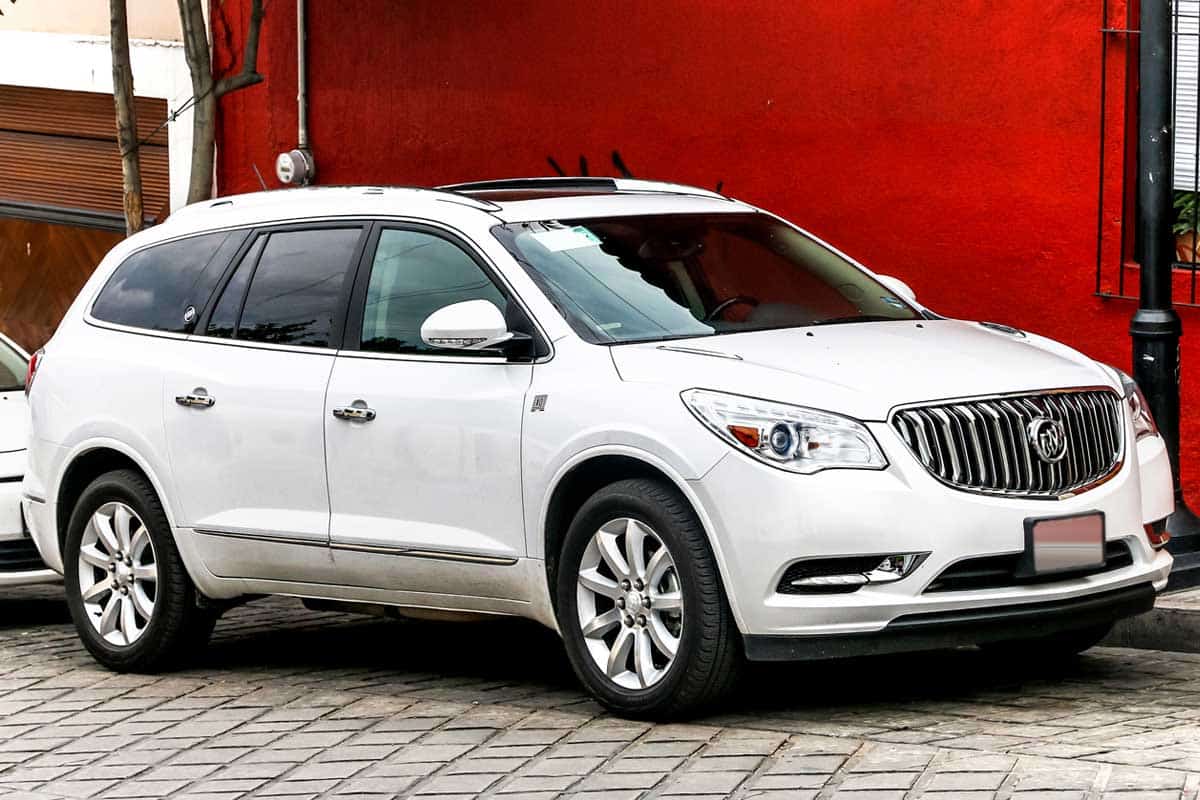 How long does a hood strut last?

Like any part of your vehicle, nothing is going to last forever. The hood struts on the Enclave should get about 50,000 miles of solid use before they begin to fail. The reasons for their failure can be numerous, but the most common one is a leak in the pneumatic valve.

If your hood struts are beginning to fail, you'll want to get them replaced as soon as possible. We'll discuss how much this will cost later in this post.

How much does a replacement Buick hood strut cost?

The exact amount you will pay for replacing the hood struts on your Buick Enclave will vary by location. Another factor in the cost is if you are having a mechanic complete the project or if you are attempting to do it yourself. While it's ok to replace this part on your own, it's highly advisable to pay the labor costs, should you not be comfortable with the process.

On average, the hood strut replacement kit will cost less than $150.00. The kit itself will cost $45, while the labor will range anywhere from $90 to $100. For an exact amount, contact your local Buick dealership or a trusted local mechanic.

How much does a car hood weigh?

The hood weight of the vehicle will depend upon several factors. The model vehicle and the hood material are the two most significant factors in determining the hood's weight.

The Enclave's hood is made of durable but lighter-weight aluminum. This car part weighs approximately 60 pounds.

Replacing the hood of the Enclave isn't necessarily inexpensive. Car hoods are specially designed and custom-made for each model vehicle. Replacing the Enclave's hood will run between $600 and $1,000 for the hood itself, and upwards of $200 for the labor.

How long does it take for a car hood to cool down?

Several factors come into play when determining how long it takes a car hood to cool down. In general, it will take about 30 minutes for an engine to cool down to the point that it's safe to touch. The hood itself should cool at about this same rate.

However, the hood of your vehicle will be hot to the touch on sunny days, especially if it is left parked in direct sunlight. So, even if your engine hasn't been running, the hood could still be hot.

If you are opening your hood, use extreme caution so that you are not burned by the hood itself or by what is concealed underneath it. 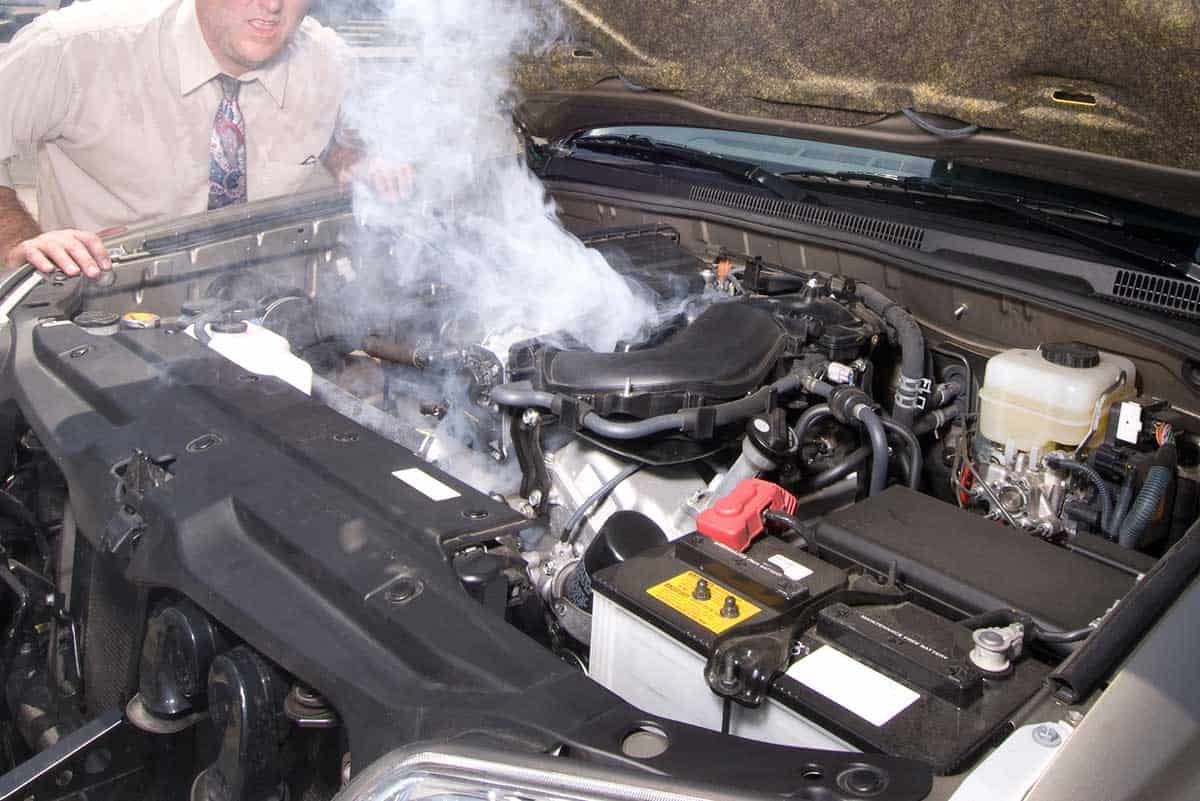 Is it bad to leave a car hood open?

Leaving the hood of any vehicle open for long periods of time can be damaging. The hood has many functions, but the main one is to protect the engine and drivetrain from external forces. Rain, snow, and ice will cause a great amount of damage to the parts under the hood if it is left open.

Hoods are also meant to keep out critters, who might like to chew on wiring. While smaller creatures will sometimes find a way in underneath, the hood does a great job of eliminating most of them.

Hoods also keep out dust and debris, which might damage your engine. While you'll need to have your hood up when doing routine maintenance, it's a great idea to keep it closed as much as possible. 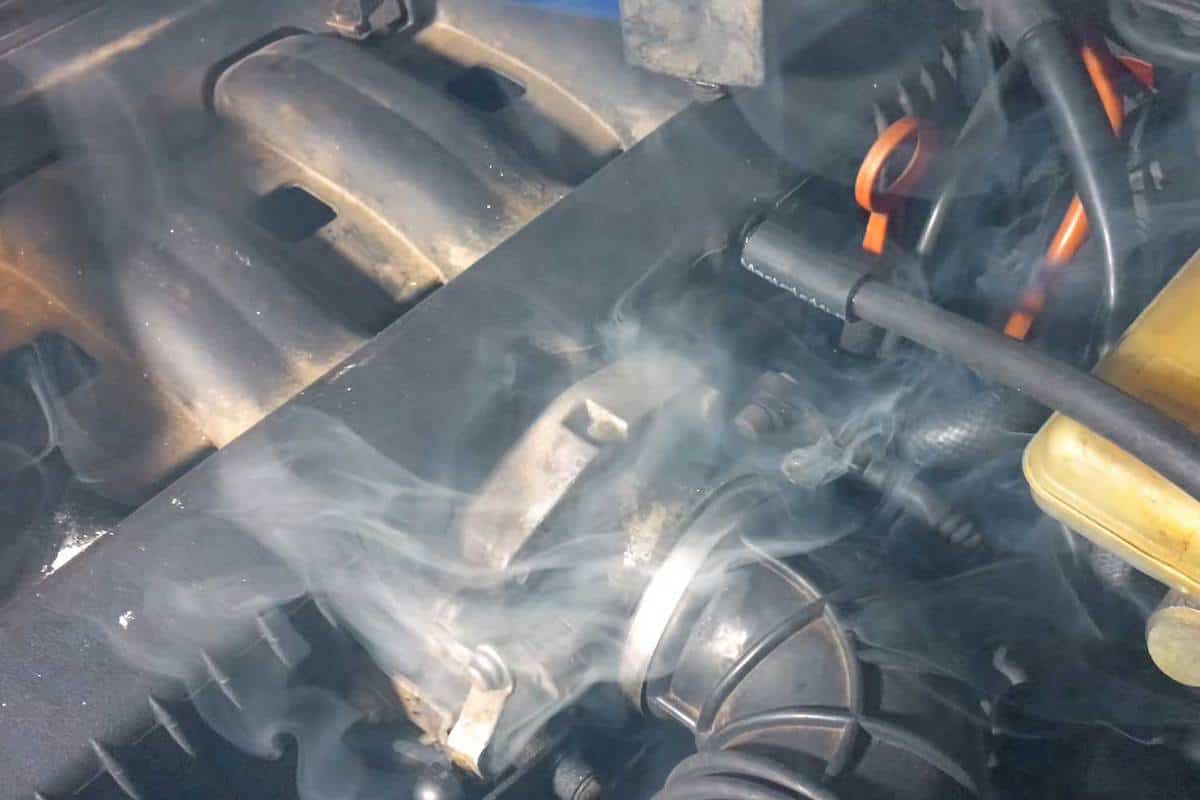 Opening the hood of the Buick Enclave can be accomplished by taking a few simple steps. This hood is supported by gas struts, which will wear out over time and need to be replaced. Replacing the hood itself can be a little expensive, but it's critical to have this protective piece of your car in place. Drive safely!

If you found this post on the Buick Enclave to be helpful, we believe you'll enjoy reading the following automotive posts:

How Do You Check Antifreeze/Coolant Level?