For you to be able to access or on your vehicle's engine bay, you'll need to know how to open your car's hood. We have consulted automotive experts on the steps to opening your F150 hood. Here's the scoop:

Here are the steps to follow in order to open your F150 hood.

In order to gain access to the hood latch release with a dead battery, you'll need to unlock your vehicle and use the key on the car's keyhole.

Once you know how to open the hood of your F-150, it couldn't be easier. We'll look at more details about opening the hood, including when the battery is dead, as well as whether you can operate your vehicle without a hood. Read on to learn more! 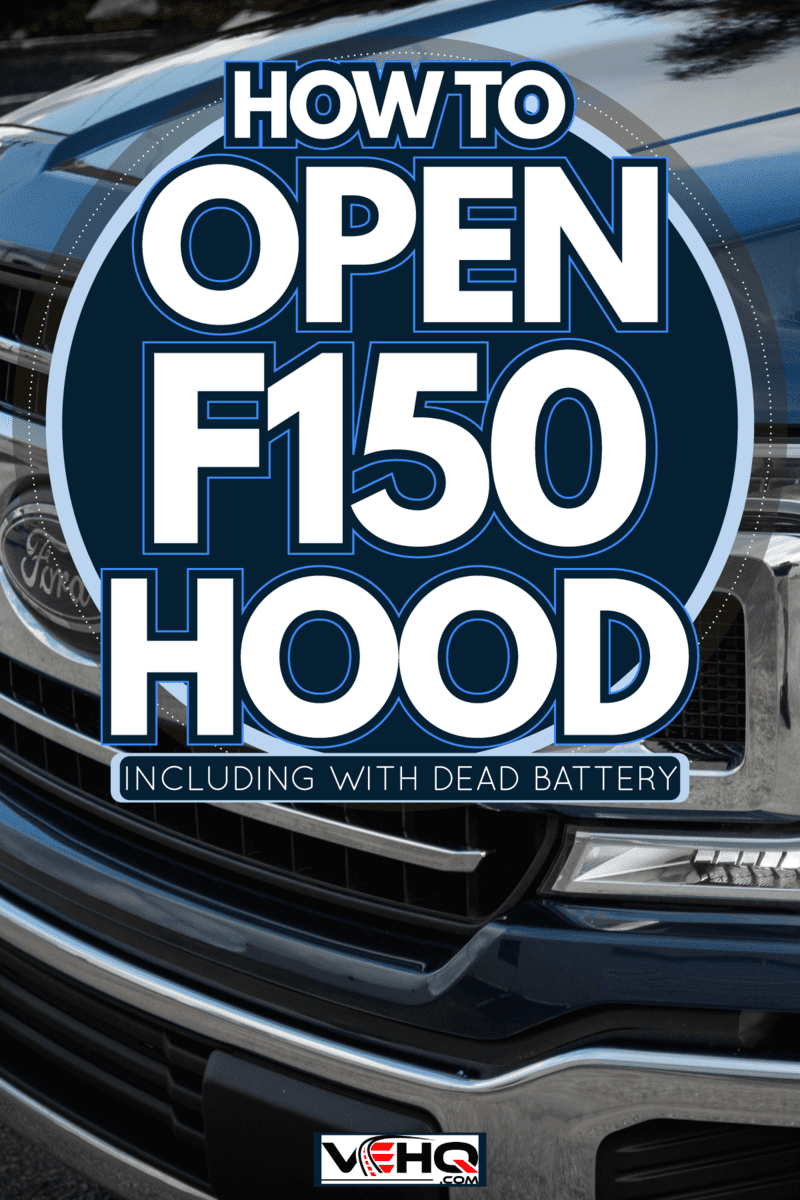 Opening The Hood Of An F150

For someone new to cars or to the F150, it may be confusing where all the important features of the car can be found. It's a good thing that most car companies place their hood latch release in the same general area.

If you want to fix a component, cool down the engine, or do a regular check-up, you'll need to open the vehicle's hood. Below are the essential steps to remember in order for you to release the car's hood. 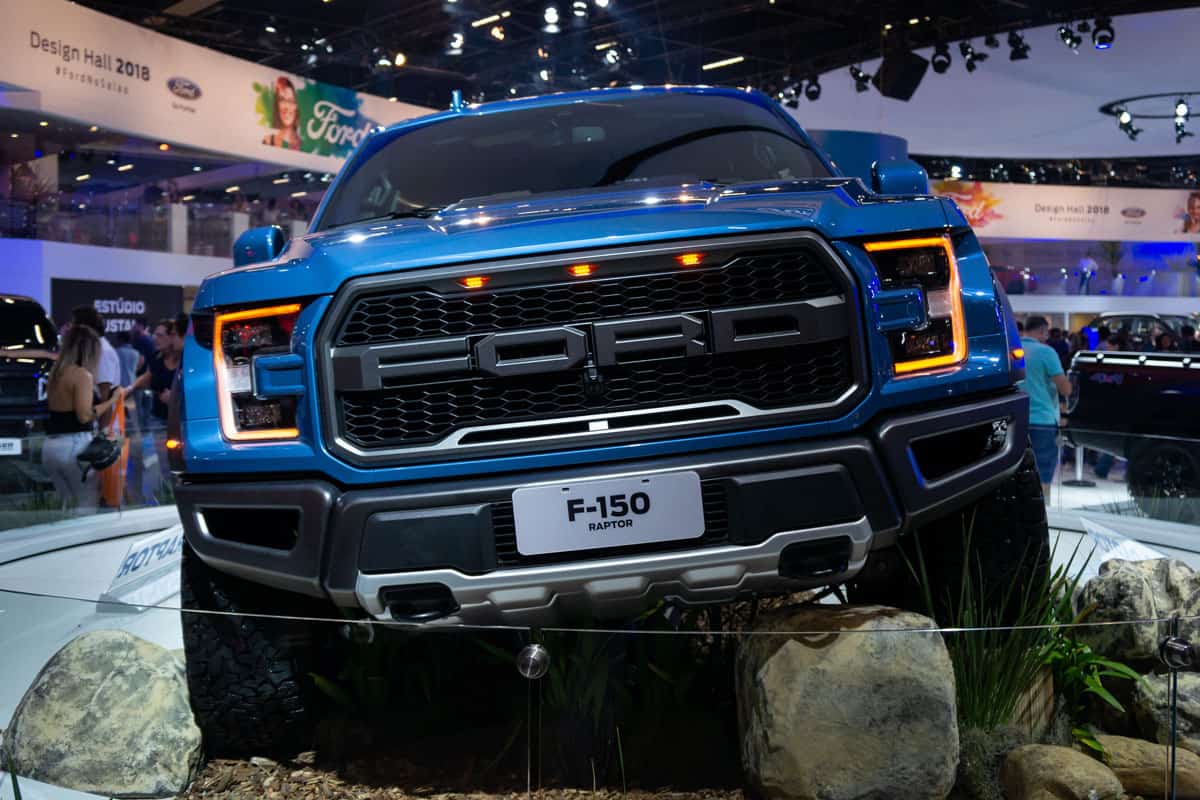 Note that you may see other latches depending on what year model your F150 is. The best way to tell is to look at the icon on the latch. You'll need to pull the one with an open hood icon engraved on it.

Once you find the latch, pull on it until you hear the hood of your car pop open. After popping the hood open, head towards the front of your vehicle for the final lever holding the car's hood.

Before you are able to raise the F150s hood, you must unlatch the last lever holding it. After popping your hood from the inside latch, head towards the front of the vehicle.

When in front of the vehicle, you will notice that there's a gap between the hood and frame of the car. Stick your hand in the middle and try to feel for the lever holding the hood in place.

Once you have located the lever, you'll need to either pull, lift up, push in, or out in order to release the hood. After this, you can now lift the hood of your F150 up. Note that you should not let go of the hood after raising it up since older models don't have hood struts.

If your hood doesn't have struts that hold it up automatically, you should be able to find a hood prop. This is a long piece of metal, typically tucked in across the front of the vehicle under the hood.

The hood prop will have a hinge to the car and a hook on the other end that fits into a hole on the hood. This can be used to hold up the hood and free up your hands.

You can see these steps in the video below:

Opening Your F150 Hood With A Dead Battery

Because the F-150 uses a mechanical hood latch system, you can open the hood the same way when the battery is dead.

However, if you usually use an electronic lock to access your F-150, you will have to unlock the door manually with your key.

To avoid having a dead battery, it is best to make it a habit to double-check your vehicle for any electronics left on before exiting.

Leaving the lights or other electronics on after exiting the car can easily drain the battery of the vehicle. You should also keep in mind when is the expiration date of your battery.

If for some reason your keys don't work, it's best to call a towing service that can help you open your vehicle. Calling for help is better than forcing yourself in since this can cause harm to your can your car.

Can You Replace The F150 Hood 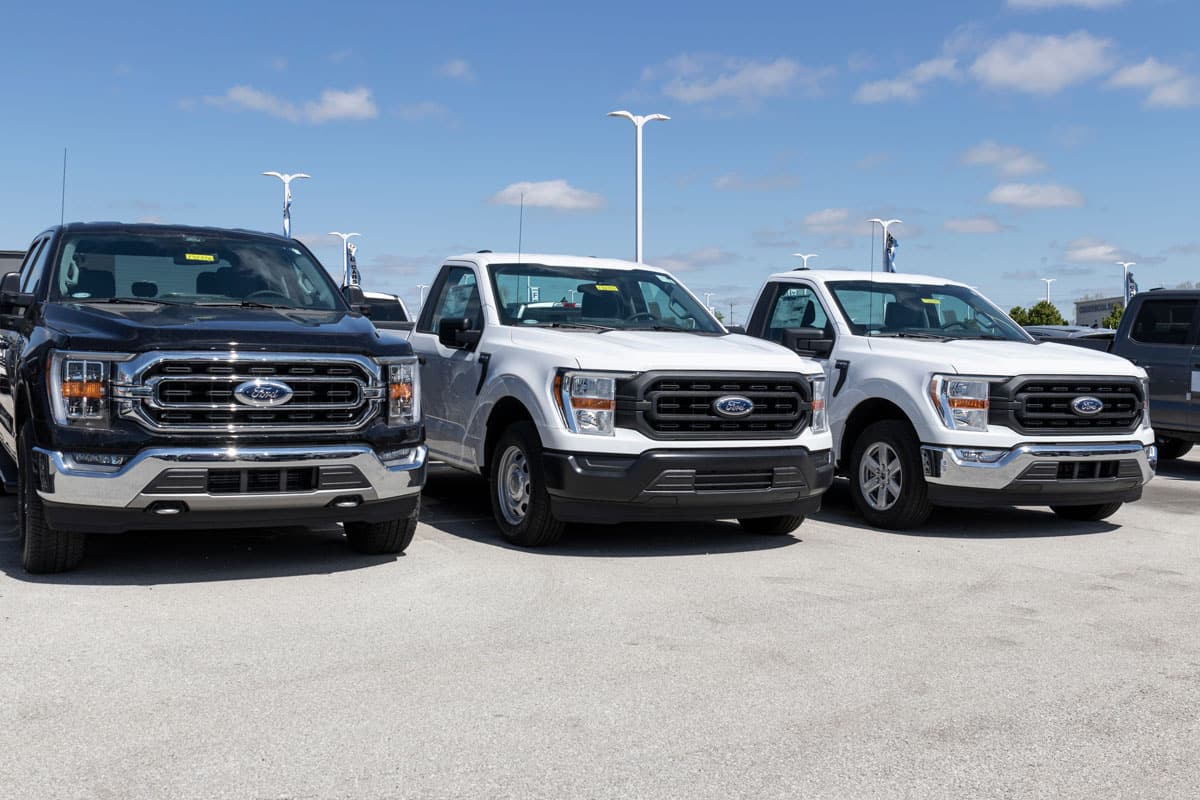 Yes, it is possible to replace the hood of your Ford F150. Hood replacement is a very popular modification for any car, that's because a hood replacement makes the vehicle look fresh or unique.

Other hood replacements include custom jobs. You can have a fabricator or a company make you a custom hood to fit your exact specifications. Custom hoods are a great but expensive way to get a one-of-a-kind hood.

And lastly, you can replace your F-150 hood with a different hood from a different F-150 trim, assuming that a higher model does not have a larger hood. There are times when the higher trim model will have different dimensions than the lower trims.

Can You Drive Without A Hood 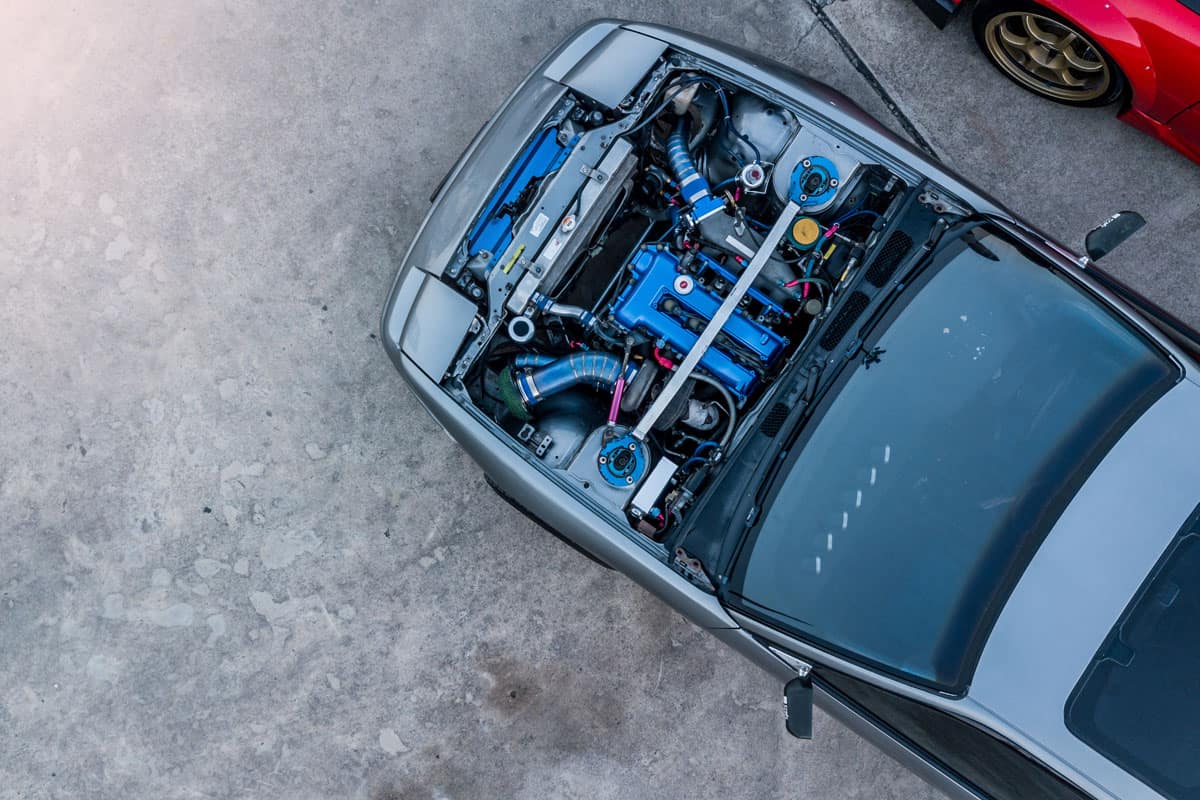 Some states like West Virginia, North Decota, Hawaii, and Alaska do not make the car's hood a part of the requirements to drive on the road, law enforcement may still see this as unsafe and issue you a warning or ticket.

Besides legal trouble, there are a few reasons you would have to drive your vehicle without a hood.

You could either install an aftermarket modification to the engine which causes it to conflict with the hood, or your engine heats up quickly, and you need to remove the hood to help cool it down. Even if legal, it is still best to drive with a hood if possible.

Why Is The Hood Of A Car Important 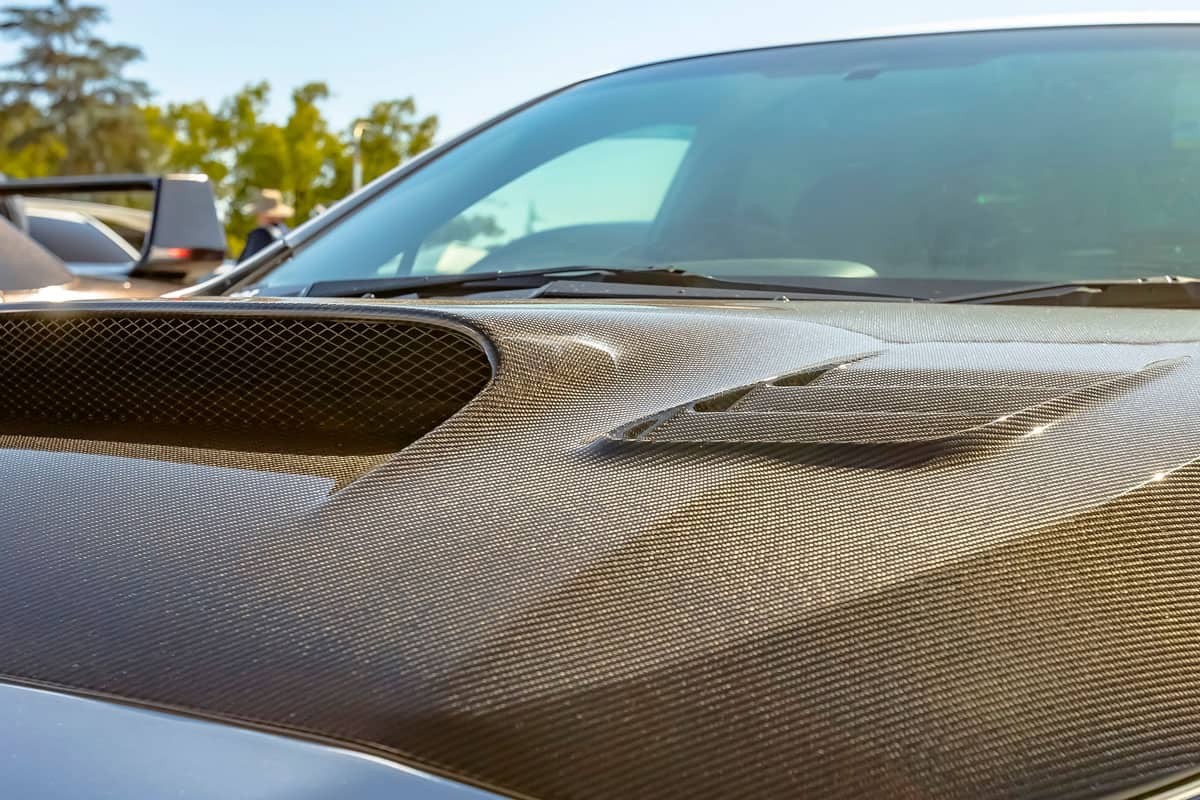 A car hood is an essential part of your engine because this is what protects the engine bay from the elements and other forces. Though you can still drive your vehicle without a hood, this is not advisable.

With a hood, you can protect your vehicle from rain. Water can quickly rust up parts of your vehicle, and there are some components in your engine bay you would not want to get soaked.

The vehicle's hood also protects it from foreign objects such as dirt or debris. When you're driving on the road, there is always a possibility that debris may get flung in the air and hit your vehicle, with a hood you have extra protection against that.

Also, when your vehicle is parked no one will have access to your engine bay, the are a few components in there that can be removed quite quickly.

Not only does a hood provide protection it also adds to the performance of the car. With a hood your car will have better aerodynamics, this will allow your vehicle to cut through the air more smoothly because of its shape.

Without a hood, air would travel around your engine bay giving you a lot of drag, causing your car to be slower and consume more fuel.

In addition to that, some hoods are specially designed to feed air into the engine or release it out of the engine. These are most notable for high-performance cars, SUVs, and trucks. 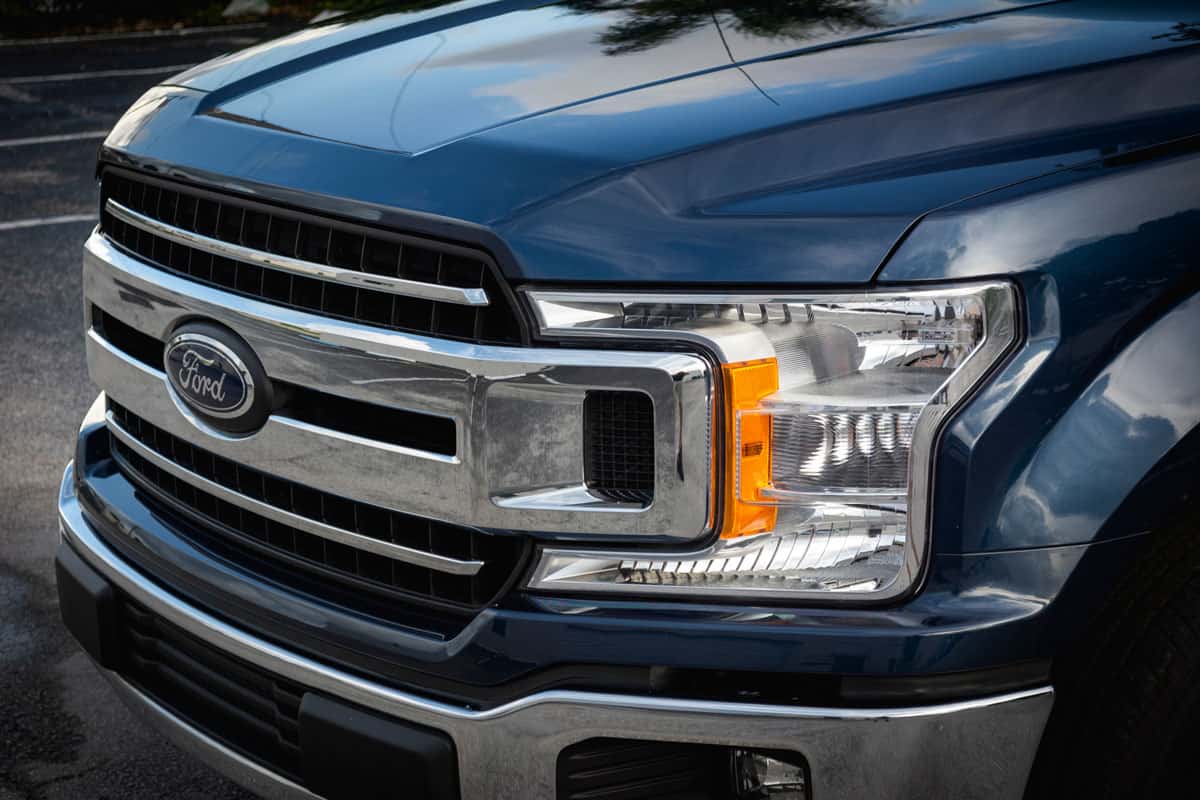 Opening the hood of the Ford F150 is very simple, you just have to unlatch the hood from the inside of the car and from the front. After you're done unlatching you are now free to lift your car's hood.

If your F150 has a dead battery use insert your key in the keyhole located at the door handle to gain access to the hood latch.

A hood is an essential part of your vehicle. It protects the components from the elements and other dangers. Also, it's best not to drive without a hood, though some states may allow this it's better to have it on your vehicles at all times.

For more automotive topics and tips, check out these great articles: