The Jeep Gladiator has four-wheel drive to help it handle rough roads or even off roads. But how do you activate Gladiator's four-wheel-drive system? We've researched the steps to bring you the information you need!

The Jeep Gladiator has two four-wheel-drive modes: 4H and 4L

In this article, we'll provide you with helpful steps on how to activate the four-wheel drive in your Gladiator. We'll also see the differences between 4H and 4L modes and everything you need to know to get the most out of your four-wheel-drive system! 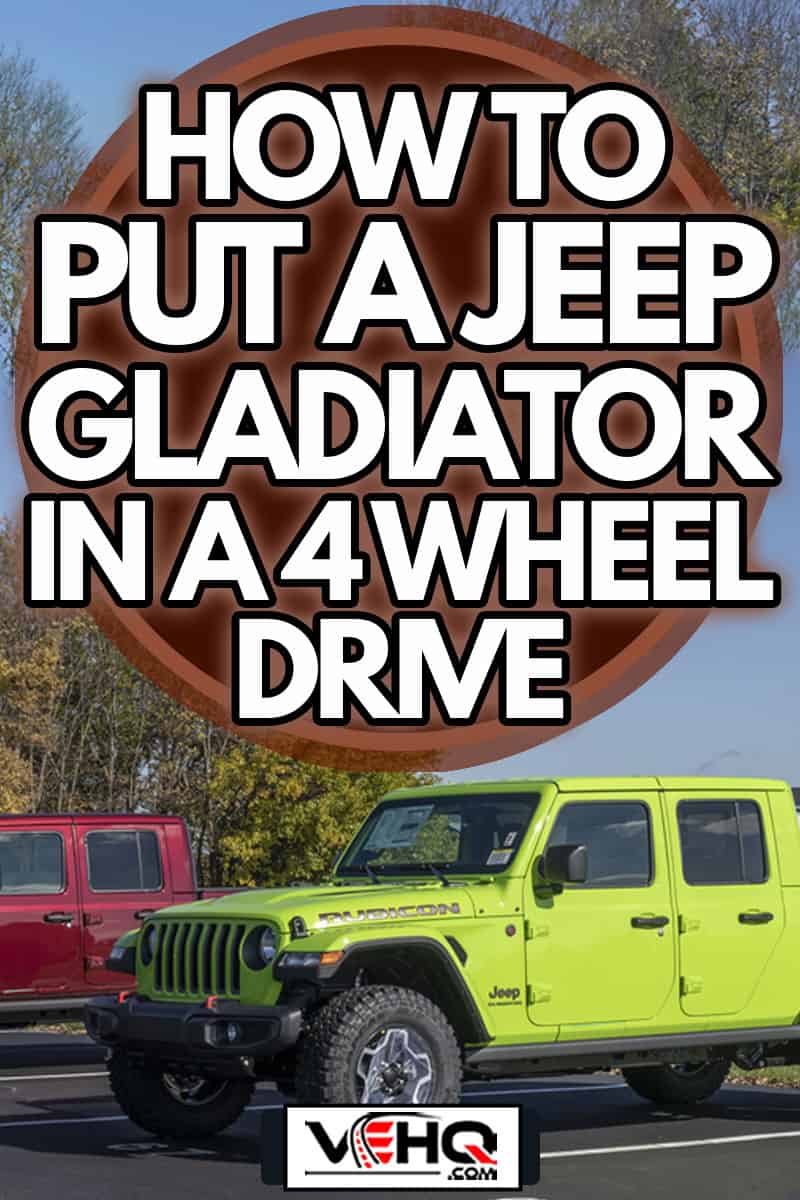 What Is the Difference Between 4H and 4L?

The Jeep Gladiator has two four-wheel-drive settings: 4H and 4L. We'll look at the differences between these systems and how to use them.

The Gladiator's 4H setting is ideal for driving in inclement weather. You can switch to the 4H mode by simply shifting the selector to 4H from 2H.

You can switch between 4H and 2H when the vehicle is in motion. However, it will switch most smoothly if you avoid accelerating during the transition.

There is no upper limit to speed for 4H, but you should only use it when conditions require it. Because of this, you may want to limit your speed to 55 mph.

On the other hand, 4L mode is meant for slow, off-road driving. You can shift between the 4H and 4L mode while rolling slowly, just 2 to 3 mph.

You also need to have your transmission in neutral to shift in and out of 4L mode. With 4L mode engaged, keep your speed below 25 mph.

You can learn more about the modes in this video below:

Do's and Don'ts While in A Four-Wheel Drive 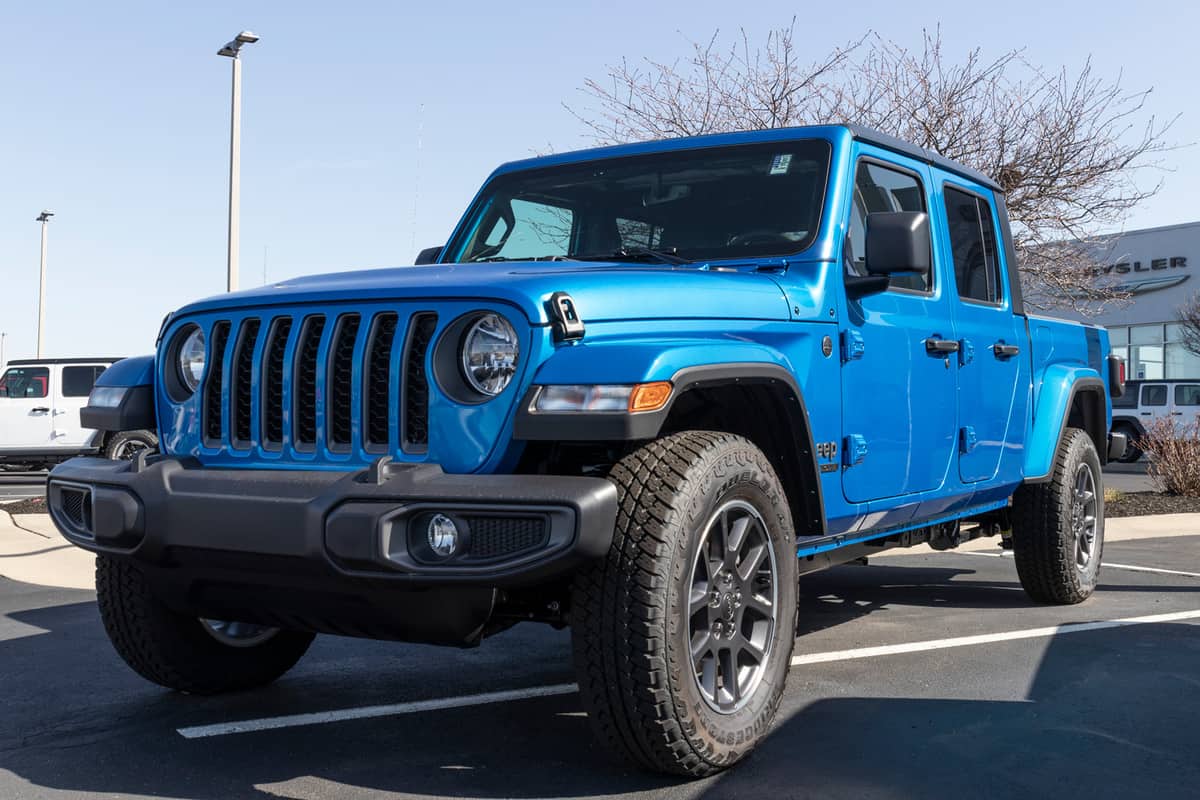 There are some situations before you use a four-wheel drive. See the list below for further details.

What Exactly Is 4-Wheel Drive? 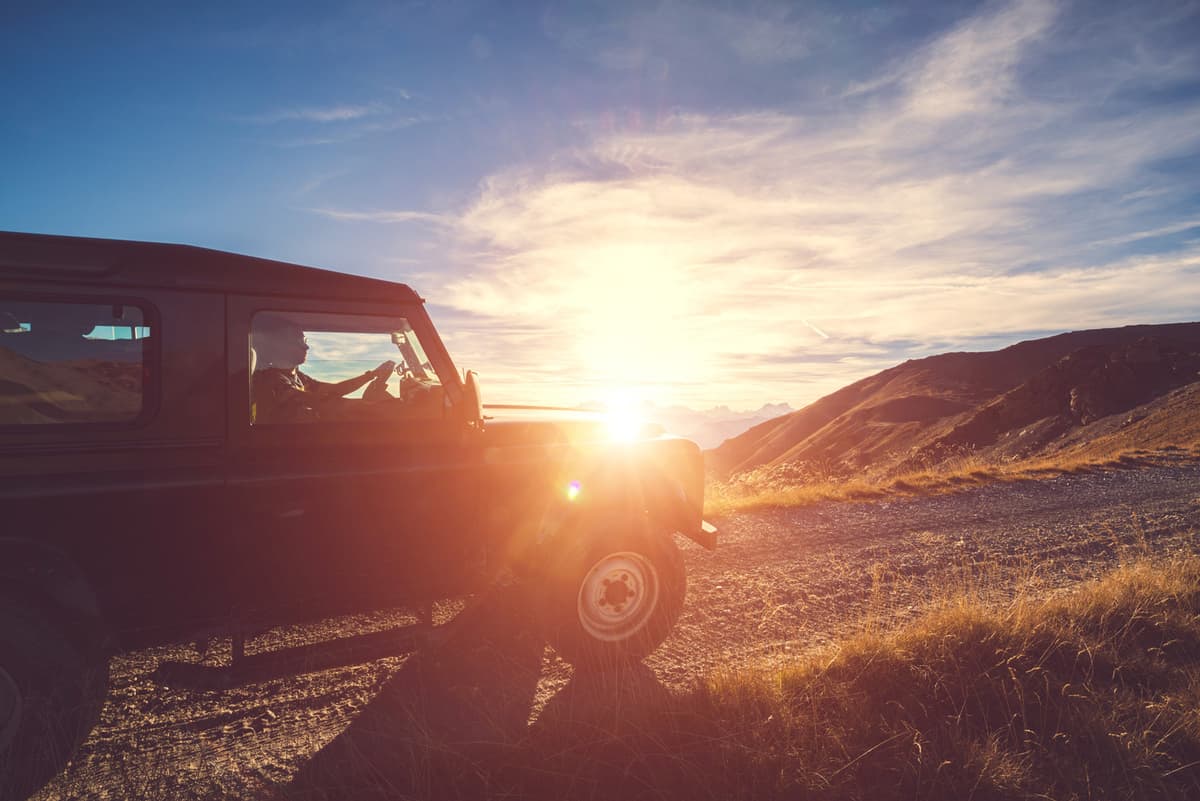 Four-wheel drive mode lets you send power to all four wheels for a better driving experience. This technique improves your vehicle's function in low-traction situations.

Not all cars have this feature, but the Jeep Gladiator does. Using a four-wheel-drive system improves traction by sending power to the front and rear wheels.

Four-wheel drive is commonly used for driving in inclement weather or off-roading. It helps you maintain traction in challenging conditions. However, it can increase the wear on your car and decrease your fuel economy.

You may find difficulty in activating four-wheel drive. Let's take a look at the common causes and solutions for this problem.

Using a screwdriver, remove the switch to see underneath it, and check if it's properly connected to the wire. Refer to the owner's manual to avoid damaging the switch when you remove it. 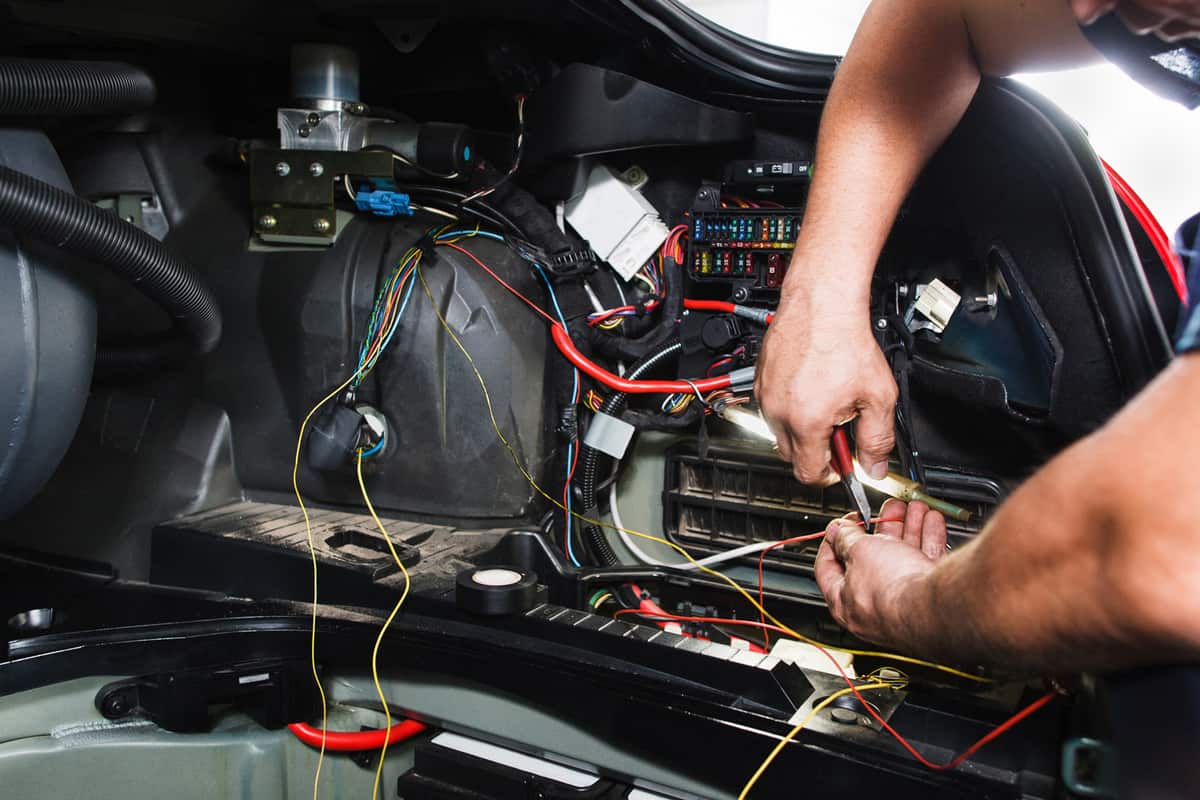 If the switch turns out to be fine, then there might be an electrical issue. You will need a professional to assist you in fixing the wires, as these wires are sensitive.

A wrong adjustment of a random wire can give your car bigger problems. However, a visibly torn wire can be covered with electrical tape.

See this electrical tape on Amazon. 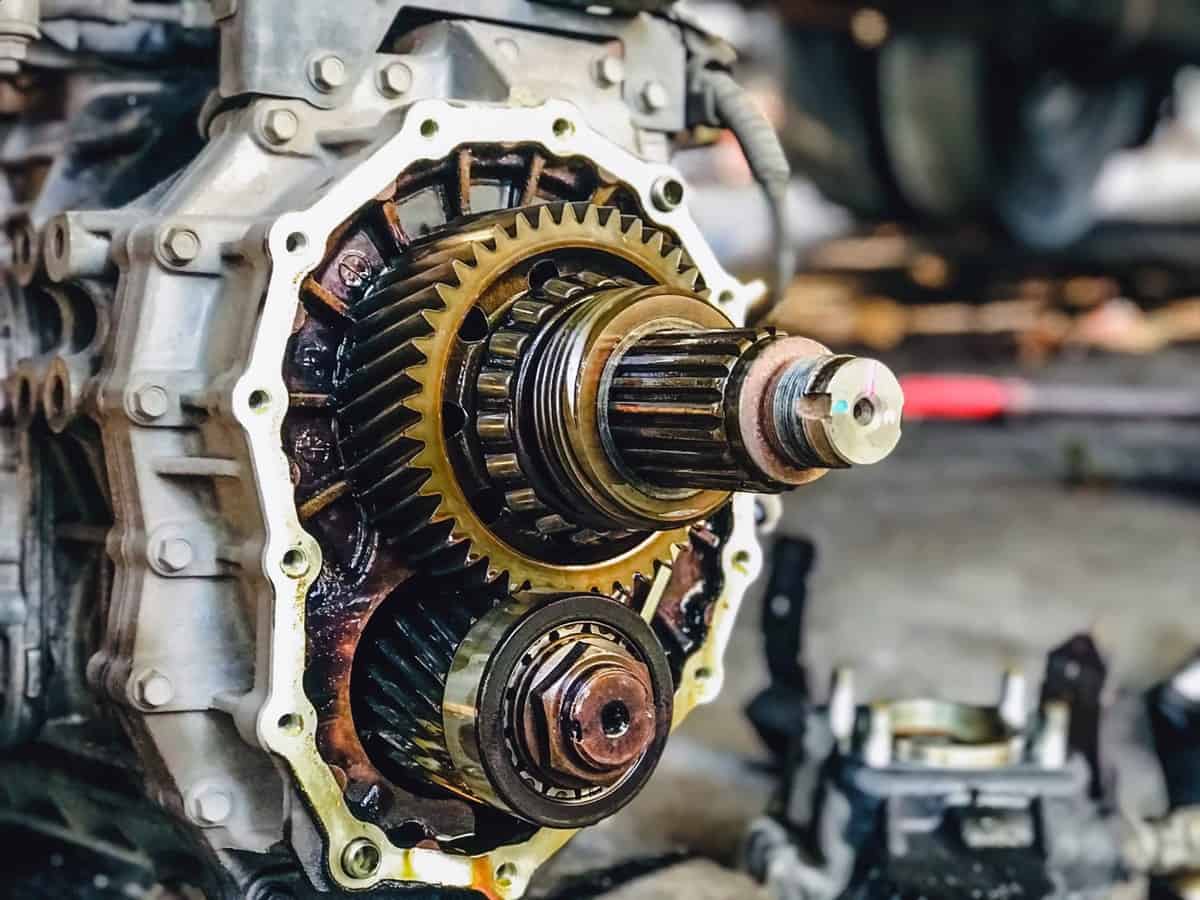 An engine lubricant reduces the friction of mechanical components, letting them operate smoothly. Poor lubrication can decrease function and increase wear on these components.

You can apply lubricant to car parts like hinges, joints, frames, and the chassis. Follow the instructions indicated on the lubricant product as they may differ in purpose.

See this engine lubricant on Amazon.

What Are the Parts Operating in Four-Wheel drive?

When you activate four-wheel drive, many parts of your car connect and support each other. See below for these parts and what they contribute in four-wheel-drive mode.

An actuator can be powered by electricity or air pressure. An actuator is a device that converts energy into physical force. It controls the throttle and directs airflow in the climate control system, among other things. 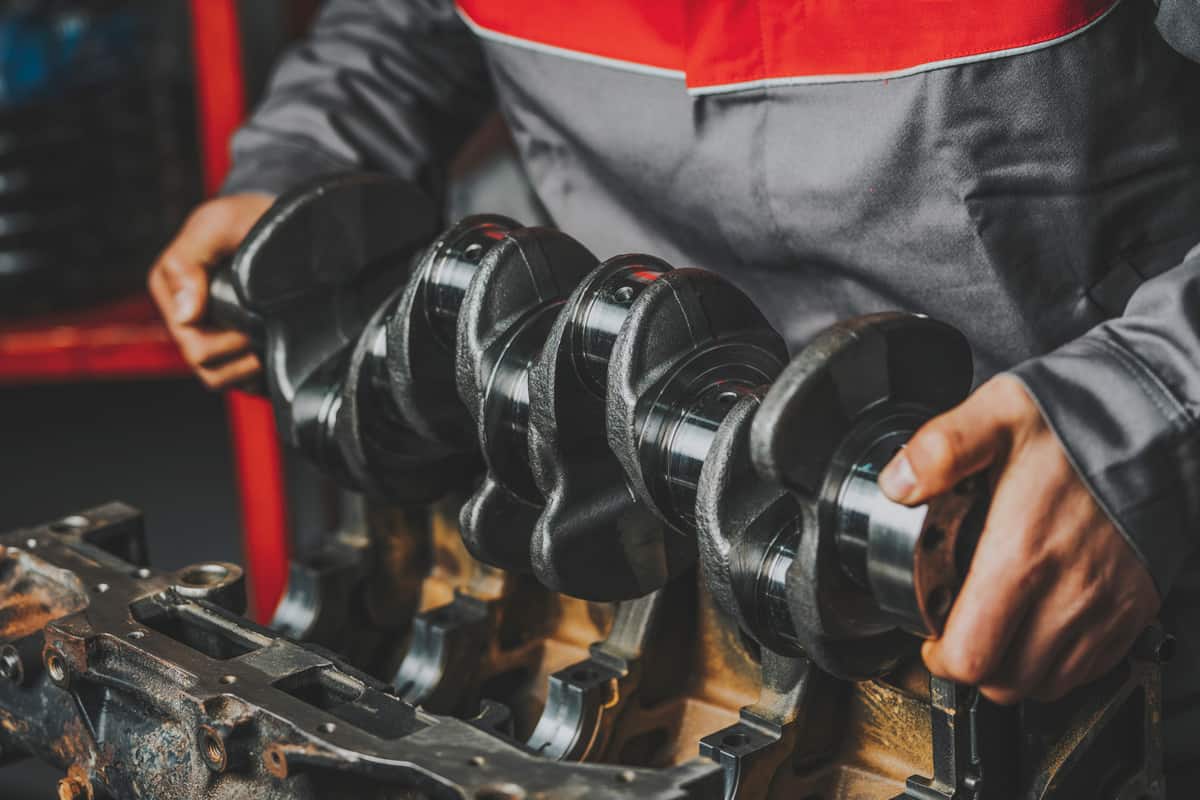 When you turn on the ignition system, the crankshaft will activate the rods to convert the car's motion from linear to rotational.

For instance, the motion is linear when you drive on a straight road. The crankshaft will then control the car's rotation to let you slow down or speed up when needed.

When you turn your steering wheel either left or right, the torque converter converts and transfers the rotation to the wheels.

It uses transmission fluid to receive a signal from the crankshaft and is able to convert linear force into rotation. Without a torque converter, the wheels will not stop spinning. 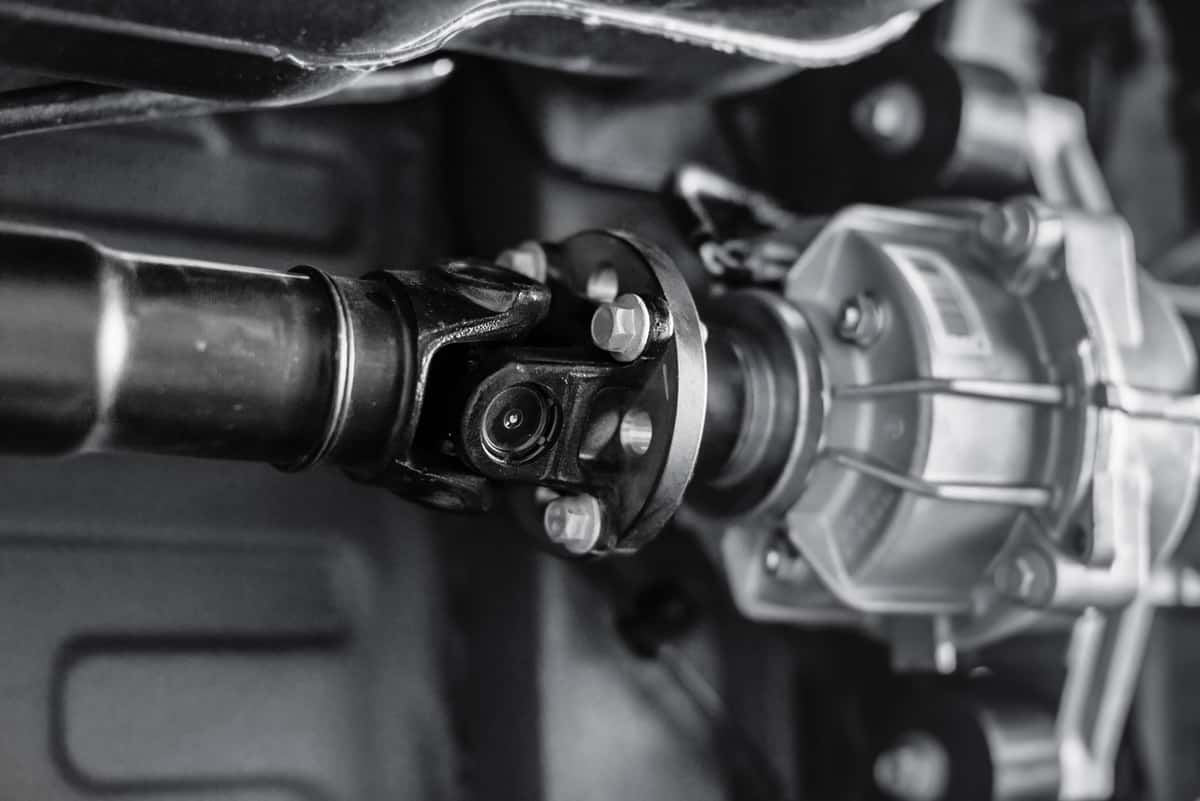 Driveshafts link different car parts, like the torque and wheels, to let them unite in one movement. Drive shafts are basically what causes your car to turn when you drive.

You can find drive shafts both on the front and rear differentials.

The differentials are responsible for transmitting power to the wheels. The front differential controls the two front wheels by sending signals through the crankshaft and into the torque.

The torque will then rotate and turn the wheels depending on speed and direction. When you activate four-wheel drive, the front differential will pull the car forward.

On the other hand, the rear differential pushes the car forward when the four-wheel drive is activated. Using only the rear wheels can make the car heavier since pushing requires more support than pulling.

The rear wheels spin independently even without a transmission, but it helps the car balance the rotation. 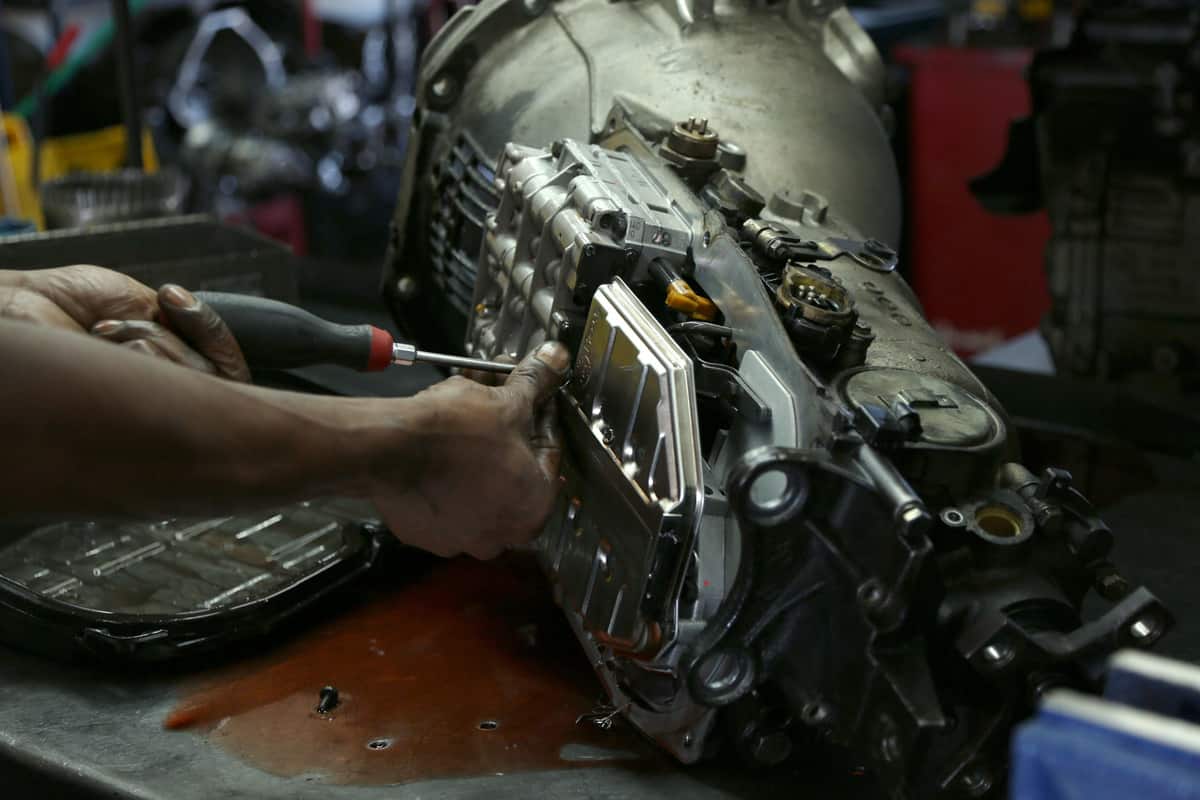 TCM is meant to interpret different signals to perform tasks such as accelerating and shifting. It also diagnoses irregularities in components, like miscalculation of the temperature display.

A wrong reading of the temperature may give you a false alarm that the engine is overheating. You need a professional to fix the TCM should there be issues.

The purpose of a transfer box is to distribute an equal amount of power both to the front and rear differentials. It's located at the middle of a shaft connecting the two differentials.

A transfer box is good at balancing the transmission depending on how much fuel is available in a car.

Using a four-wheel drive depends on the situation and road you're driving on. Just be aware of the different functions of car parts.

Do you want to learn more from us? Visit our articles below:

Can You Flat Tow A Jeep Gladiator?

Jeep Wrangler Headlights Won’t Turn On – What To Do?