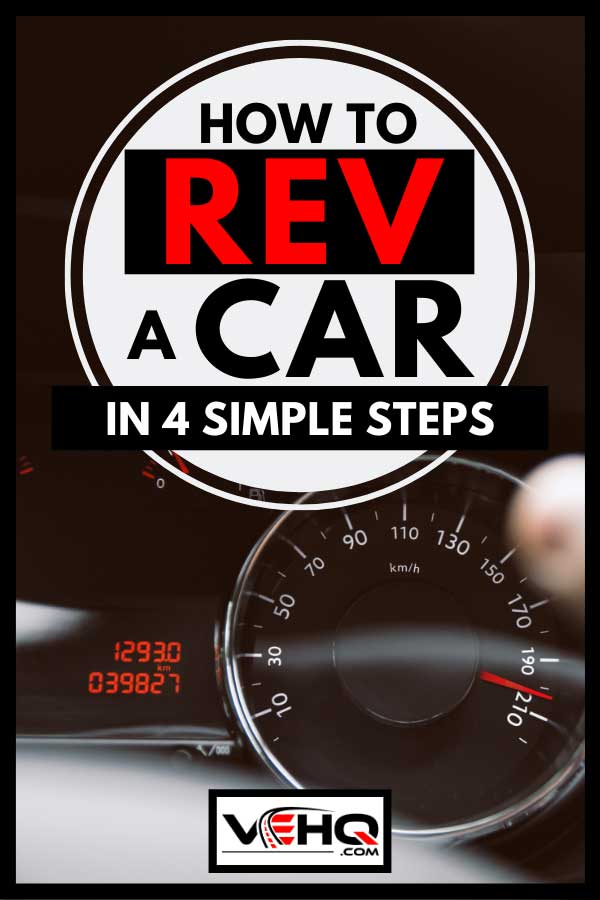 Even if you're not an automotive expert or mechanically inclined, you're probably familiar with the concept of revving a car. Maybe you heard someone revving their engine at a stoplight, or perhaps you just got an exhaust system upgrade and want to show off the loud noise by revving the engine. But how exactly do you do it? We've done the research so you don't have to.

To rev your car, do the following:

What Does It Mean To Rev A Car?

So what does revving a car mean, exactly? Simply put, revving means suddenly increasing the engine's RPM by pressing the accelerator when the car is in park or neutral. People primarily rev engines to show off loud exhaust systems. Drag racers might also rev their engines right before starting a race to accelerate as quickly as possible.

2. Wait For The Oil To Circulate Through The Engine

It's always a good practice to wait 10-20 seconds after turning the engine on before increasing engine RPM, but this is especially true when it comes to revving the engine. Idling for this length of time allows the oil to circulate through the engine to properly lubricate the engine's components.

Since the engine RPM will increase substantially when you rev it, the engine can be more easily damaged if it's not adequately lubricated with oil first.

Watch this video to get a better idea of how engine oil circulates through an engine:

Now that you've waited 10-20 seconds, the engine oil has made its way through the engine and is providing much-needed lubrication to the engine's components.

With the vehicle in park, press the accelerator down slowly, and the RPM needle will climb. You can also rev the engine with the car in neutral, but if you opt for this, be sure your other foot is on the brake; in neutral, the car can roll forward and backward.

When revving the engine, be sure to not let the RPM get into the red area on the tachometer (we'll talk more about the dangers of redlining later).

Once you've revved the engine to your heart's content, simply release the accelerator, and the RPM needle will return to its idle position.

This video goes over the process of revving the engine of a car:

Is It Bad To Rev Your Car?

At this point, you might be wondering about how revving a car affects the engine. While revving a car might sound really cool, doing so does cause unnecessary wear on the engine, so it's best to not rev your engine often.

Thus, it's best to avoid revving your engine often. Doing so on occasion likely won't cause engine damage as long as you only rev it briefly and avoid redlining it.

What Happens When You Redline A Car?

An engine's redline is the maximum speed at which an engine can operate without causing damage to the engine and its components. In other words, if an engine's RPM goes past the redline and stays there for a prolonged period, catastrophic failure will undoubtedly follow.

It's important to point out that redlining the engine doesn't just pertain to revving the engine while parked. Pushing your engine to the redline while driving is just as harmful to the engine and its components. Always keep an eye on your engine's RPM to prevent it from reaching this speed.

Can You Rev A Car In Park?

How Do You Rev Your Engine While Driving?

If your car has a manual transmission, there are two ways to rev the engine while driving.

Revving the engine can be a fun way to show off your car's new exhaust. If you want to rev your engine, refrain from doing so frequently, and when you do, make sure the RPM needle doesn't pass the redline.

We hope this guide has helped you better understand how to rev your engine. Before you go, be sure to check out these other automotive guides:

Best Polarized Glasses To Wear When Driving Into The Glaring Sun

Where Can You Get Your Car Inspected? [And How To Go About It]