Car engines can incur damages from wear and tear. But some issues can cause blown engines. So how will you know if your vehicle’s engine is blown? We researched this question and found the answer for you.

Different signs can occur that indicate blown car engines. These strange manifestations may include:

After identifying that a car has a blown engine, it’s important to diagnose the source of the issue. In turn, you should know the best course of action to take. Continue reading as we discuss the signs of blown engines in greater detail. We'll also tackle the types of blown engines and how to deal with these issues. 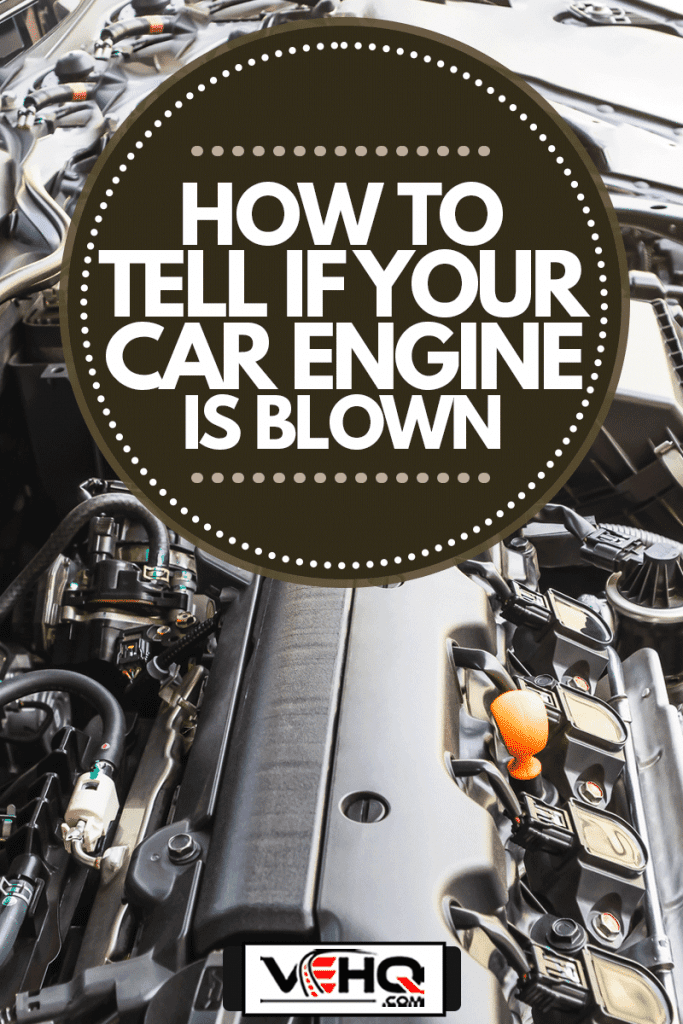 What Are The Signs Of A Blown Car Engine?

Sometimes car engines will show signs of becoming blown. Although these indicators may differ for each vehicle user, some of the common symptoms of blown car engines are the following:

In general, most cars, particularly gas-powered ones, emit thin white smoke from their exhaust pipes. However, if the white smoke coming from the pipes is thicker than usual, it can be a sign of serious engine damage.

Blue exhausts are basically tell-tale signs of blown car engines that can happen because of different reasons. But perhaps the most common cause of blue exhausts is faulty valve seals.

If these parts break or become worn, oil can enter the engine. In turn, the oil mixes with gas, causing the blue smoke.

Relatively any questionable sounds coming from a car upon turning the vehicle on will be a cause for concern. If you hear knocking, grinding, or rattling noises coming from the hood as soon as you start the vehicle, these reverberations can indicate serious damages to your engine.

In particular, a knocking sound in a car engine can be a clear sign that its life is about to end.

An engine that fails to start can imply different conditions, but they’re always not going to be good. If your engine doesn’t respond to ignition attempts, it could be blown. The cause of this scenario can range from overheating, improper startup timing, or a severe physical flaw in the engine.

What Are The Types Of Blown Engines? 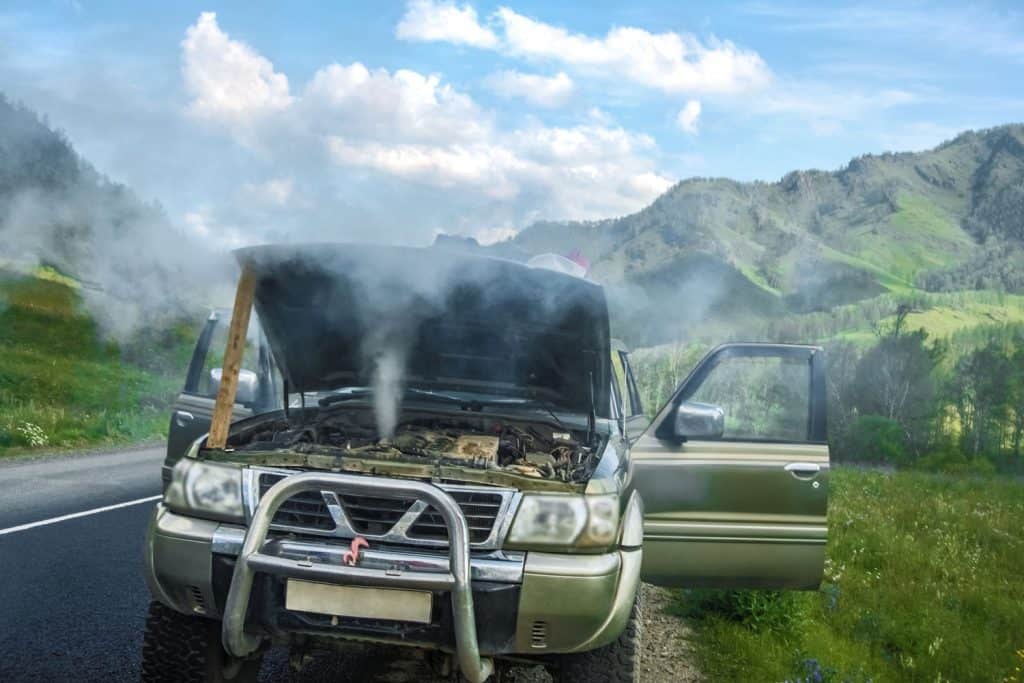 The next step after determining the existence of a blown engine is to recognize the cause of the issue. In turn, you can create the best course of action that will lead to a satisfactory resolution.

Some of the types or causes of blown engines include:

Pistons help improve an engine’s stamina by enduring tough operating conditions. Even one piston can cause serious damage to a vehicle’s engine.

Working pistons, particularly their metal rings, should seal the oil in the crankcase. Therefore, broken or worn pistons may create oil leaks, causing low compression to the engine and blowing it out.

Holes in engine blocks can happen internally or externally. However, these issues are always serious, regardless of their origins.

Also, engine block holes are often more common in high-performance systems than their lower-performing counterparts. High-performing engines generally have parts like the connecting rod that goes through engine blocks if they break.

Oil starvation or lack of lubrication to the engine’s parts can cause it to seize. Failure to resolve this concern as soon as possible can cause different components to grind and rub fiercely, promoting high internal heat and unwanted friction.

Rebuilding an engine can be a possible solution, albeit the costs for this solution might be more expensive than replacing the entire system.

How To Check For A Blown Car Engine

Follow these steps to troubleshoot your car’s engine if you think it’s blown:

Can You Fix A Blown Engine?

A blown engine can still be fixed, but it depends on the extent of the damage. For example, it’s possible to repair or replace blown head gaskets, and the engine should run smoothly afterward. Vehicle owners should make sure that the head gasket they buy is compatible with their automobile’s engine.

However, a new head gasket may not fix certain problems. One scenario is when the engine block contracts damages from compression leaks caused by faulty cylinders. In this case, it’s advisable to replace the entire engine block or have professionals rebuild the entire deck.

Can You Still Drive A Car With A Blown Head Gasket?

Never attempt to drive or even start an automobile if this part fails to function properly. Stop the car at the first sign of a blown head gasket. In certain cases, fixing this part will only require a head gasket repair solution. But such a product will only work for relatively minor repair jobs.

If you don’t have this product nearby, call a towing service to have your vehicle pulled to the nearest or preferred garage. Have your car towed especially if its engine is seized, which means that the metal parts in the block create unnecessary friction, causing the engine to take extensive damage.

Is It Worth Fixing A Blown Head Gasket? 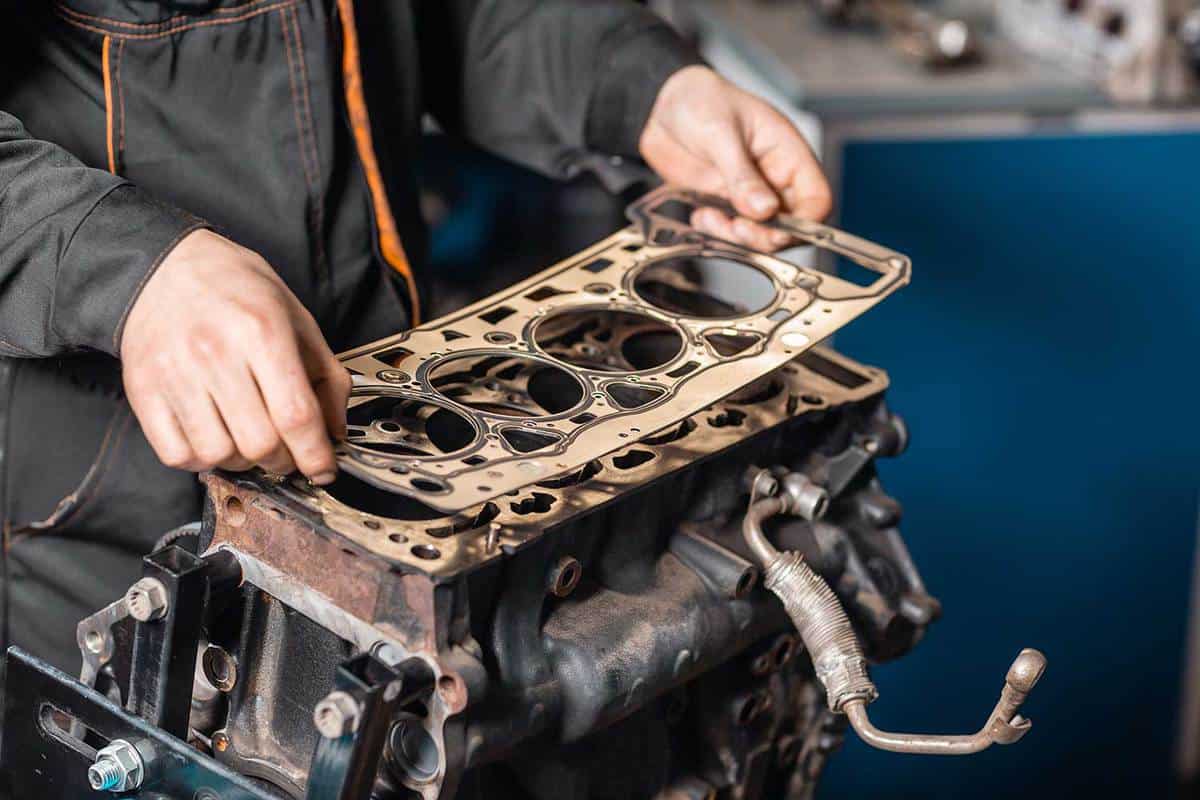 It’s always important to fix or replace a blown head gasket for the engine. It’s because the engine loses pressure immediately when the gasket blows. No pressure means the combustion chamber can’t fire with force, resulting in little to no power.

This power and pressure loss also means that the engine has no way to seal the oil and coolant in their dedicated containers. In turn, blown head gaskets will let these substances leak into the engine, which can result in irreparable damage if left unchecked.

Does Insurance Cover A Blown Engine?

Most insurance companies don’t provide coverage for blown engines. Still, some firms may provide mechanical breakdown insurance, which should cover major automobile failures that might include blown engines.

But mechanical breakdown insurance won’t cover damages or issues caused by negligence on the driver’s part. However, some of these policies may supply coverage to different damages incurred to transmissions and engine blocks as the result of accidents or natural events.

Watch this video below to learn more about how basic automotive insurance coverage works:

How Much Is A Blown Engine Worth?

A car with a blown engine is worth about $3,000 less than its original price. A new automobile might even have a price tag of $10,000 when it’s still in good condition. Selling this second-hand vehicle with a blown engine will have its costs reduced to about $4,000 to $7,000.

Take note that engine rebuilding can have costs that range from $2,500 to $4,000, which can include parts and labor charges. Therefore, some interested buyers may also underbid because they know the fees acquainted with engine rebuilding.

Additionally, replacing a car engine can be more expensive than rebuilding it. Read through this post to learn more about the fees associated with car engine replacements: How Much Does A Car Engine Cost To Replace?

Unusual noises upon engine startup, failure to start, and white or blue exhaust from the exhaust pipe are some of the common signs of blown car engines. If your vehicle experiences these symptoms, aim to isolate the issue by figuring out the cause of the problem. That way, you’ll know how to deal with the concern.

Moreover, don’t start the car if you think that it has a blown engine. Attempting to force an ignition can result in catastrophic and irreparable failure, which may compel you to spend a significant amount of money to replace the engine.