The Honda variable torque management 4-wheel-drive (VTM-4) system is an optional feature in earlier model years of the Honda Pilot. You might be wondering how you can turn this feature on and off to suit your driving needs. We have done the research, and here's what we found out.

The VTM-4 system is always on and cannot be turned off. However, you can engage or disengage the VTM-4 Lock if you drive through difficult terrain. To engage this feature, you need to press the "VTM-4 Lock" button while you are in some specific low-speed conditions.

Would you like to know more about the Honda Pilot and its VTM-4 feature? Do read on, and we will do our best to help you appreciate some of this SUV's capabilities using this impressive drive system. 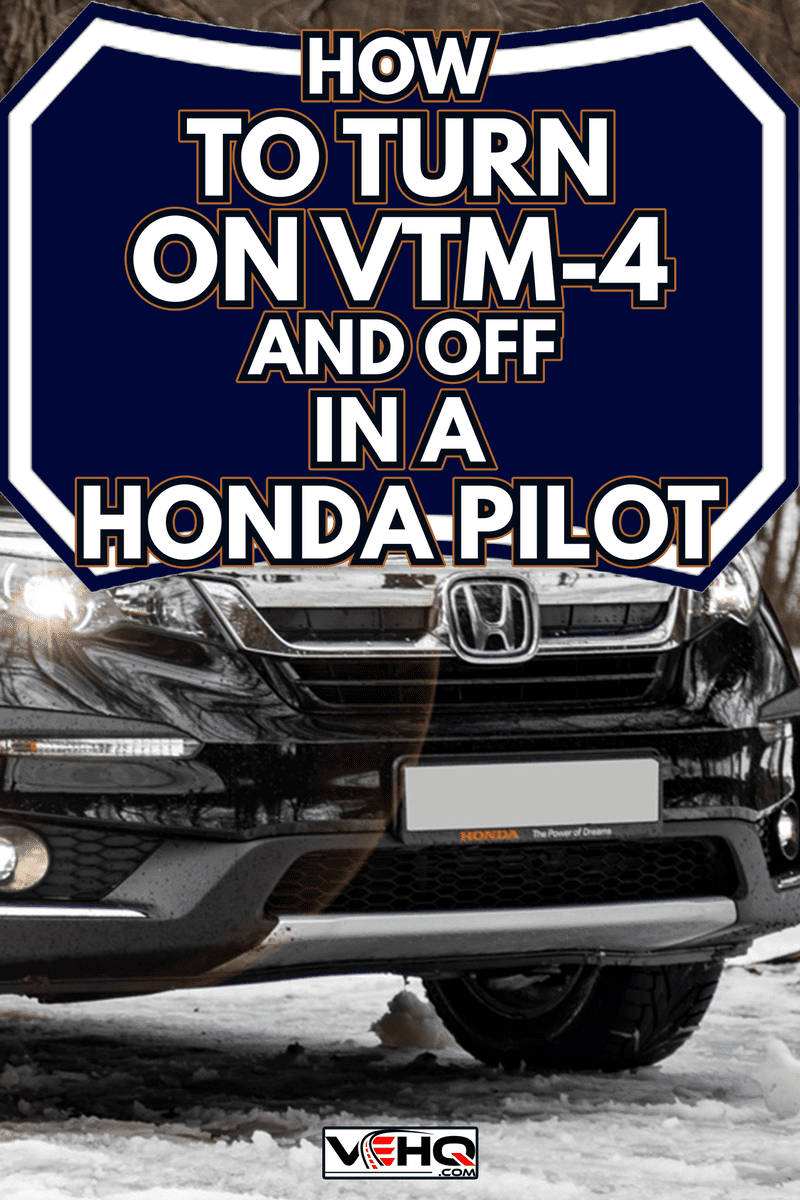 How Do You Engage VTM-4 Lock On A Honda Pilot? 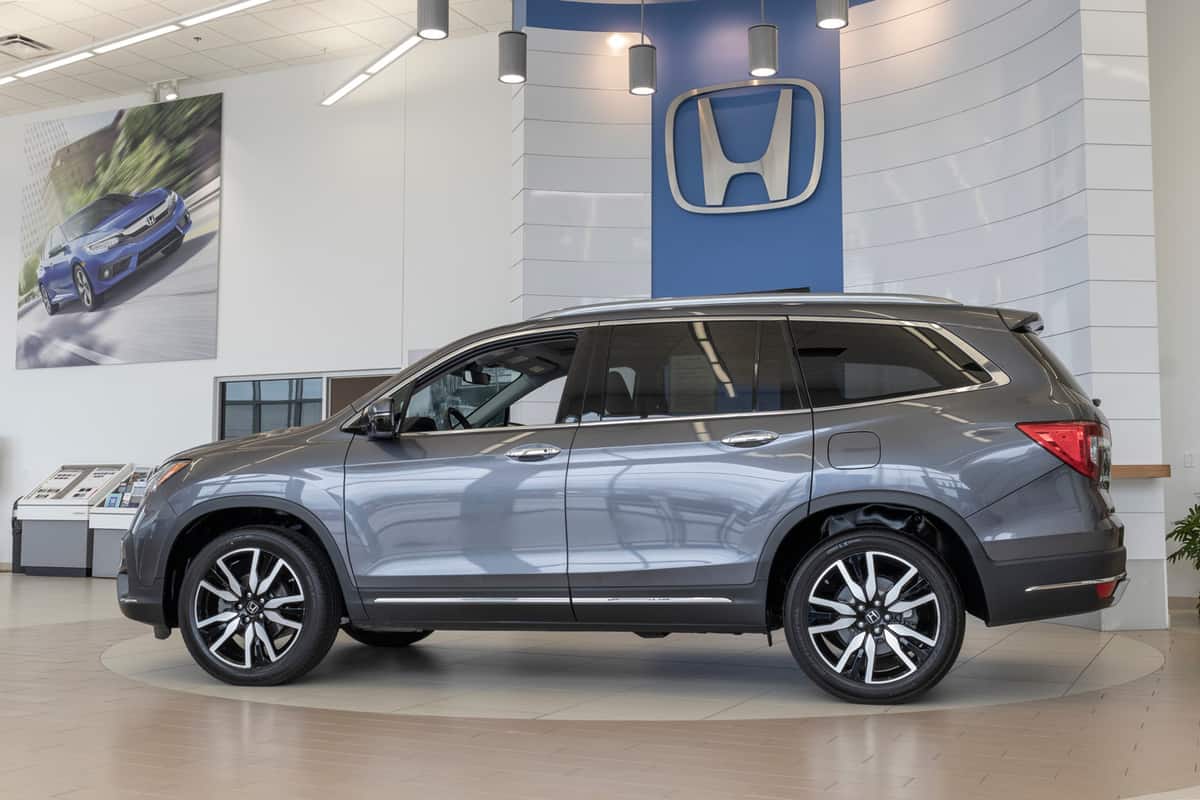 If you find yourself driving your Honda Pilot through lightly or moderately challenging terrains, then it would be good to allow the VTM-4's auto mode to manage the situation.

However, if you encounter a slippery uphill slope, thick snow, mud, or other more severe terrains, then it might be a good idea to engage the VTM-4 Lock. To do this, you will need to follow the instructions below:

When one or more tires have little or no traction, Honda advises VTM-4 Lock users not to spin the front tires for more than a few seconds. If needed, the driver should also try moving forward and backward and slowly wiggling the front tires to help get more momentum and traction.

Moreover, Honda specifies that VTM-4 Lock is unsuitable for dry, paved roads. Prolonged usage of the VTM-4 Lock on such surfaces may damage the rear differential, especially when the vehicle is making turns.

How Do You Disengage VTM-4 Lock On A Honda Pilot?

The VTM-4 lock disengages temporarily when the Honda Pilot moves faster than 18 miles per hour. However, the disengagement is only temporary as VTM-4 Lock will engage again once the vehicle's speed drops below the same speed threshold.

The VTM-4 Lock indicator light stays on in both instances until the driver manually disengages the feature. To disengage VTM-4, you must follow any one of these steps:

Once the VTM-4 Lock disengages, your Honda Pilot goes back to its VTM-4 auto mode. Now you can drive normally on paved roads or even mildly challenging terrain while letting the VTM-4 system manage your traction requirements.

What Are Honda's Different All-Wheel-Drive Systems? 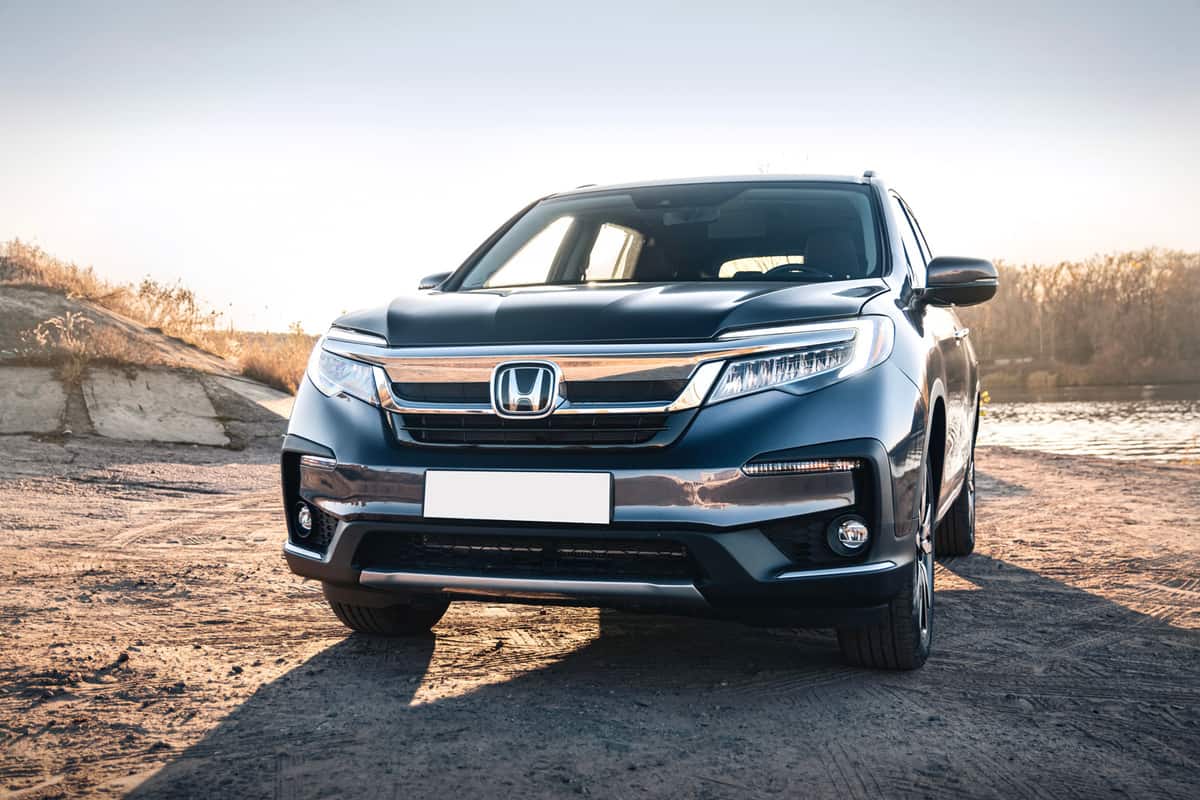 Honda's Real Time AWD, in turn, are optional features for Honda's smaller crossover SUVs - the CR-V and the HR-V.

The Acura SH-AWD is a mechanically-similar version of the Honda i-VTM4. This system is available in the following Acura models: 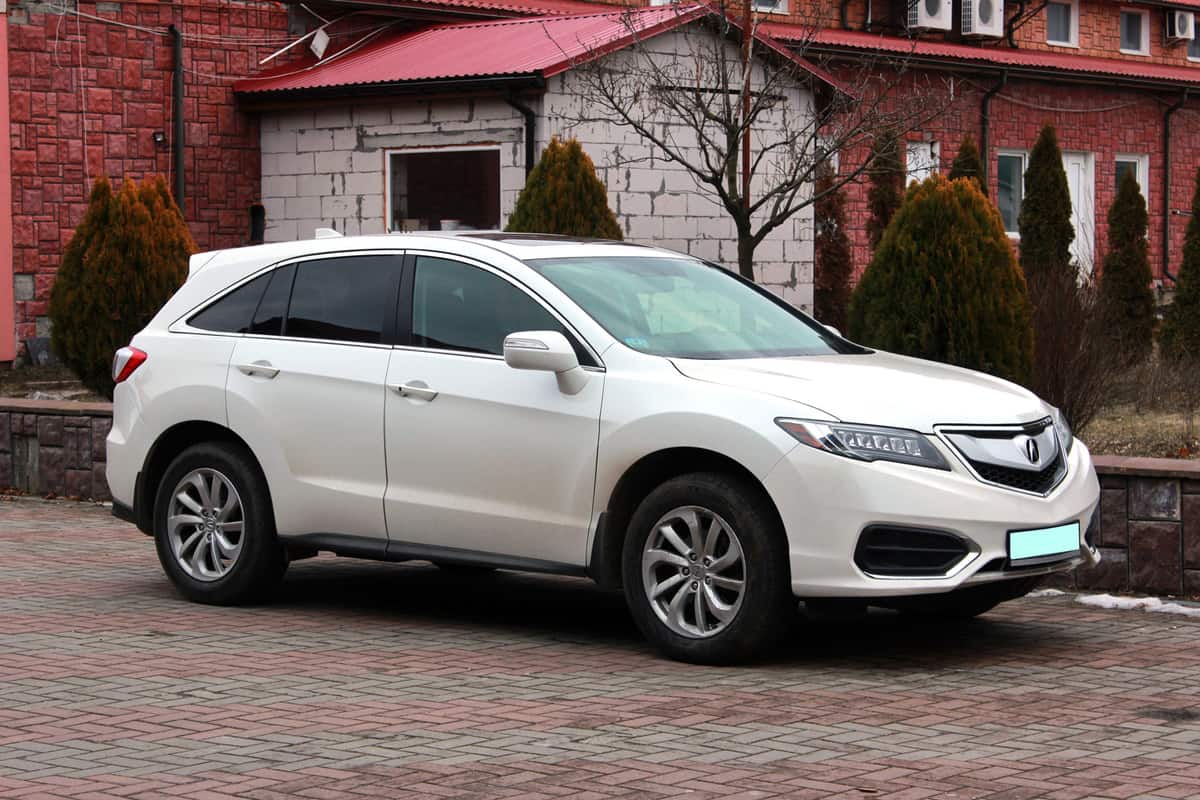 What Is Honda VTM-4?

The Honda VTM-4 is a lightweight AWD system that automatically distributes torque as needed to all four wheels. As Honda explains, the VTM-4 uses a single-speed torque transfer unit directly connected to the transaxle in addition to two electromagnetic clutch packs installed on both sides of the rear differential.

When the VTM-4 is in auto mode, it operates in two different ways.

First, during normal operations like highway cruising, the VTM-4 system automatically disengages the rear clutch packs. The engine powers the front wheels while the rear wheels rotate freely. In this way, there is less stress on the drivetrain components, and the vehicle is more fuel-efficient.

However, if the VTM-4 system detects that some wheels are spinning faster than the others (wheel slippage), it operates in a second way. In this situation, the rear clutch packs would lock and route power to the rear wheels. This way, VTM-4 will help maximize traction.

VTM-4's second operation happens when the vehicle experiences wheel slippage in snowy, muddy, rocky, or sandy terrain. However, it also automatically engages the rear clutch packs to aid vehicle traction during some normal driving situations, such as hard launches and uphill climbs.

When the VTM-4 Lock is engaged, the system operates a third way. This time, the VTM-4 system does not have to wait to detect wheel slippage. The rear clutch packs would already lock from the beginning, and this will help the vehicle's traction in more severe road conditions.

Honda Intelligent variable torque management (i-VTM4) is a highly-advanced AWD system that utilizes torque vectoring for the rear axle wheels. This AWD system made its debut in 2015 with the third-generation Honda Pilot, and is also available in the new Passport and Ridgeline models.

The iVTM-4 system is the technological child of two other Honda technologies: the VTM-4 and the Active Torque Transfer System (ATTS).

What Is i-VTM4 Torque Vectoring?

The iVTM-4 system can route up to 70% of the engine's torque to the rear wheels. Then, using active torque vectoring, the system can distribute up to 100% of that rear-allocated torque to either the left or the right wheel.

Like its predecessor, the i-VTM4 system is always on and fully automated. However, unlike the older system, i-VTM4 does not have a "VTM-4 Lock" button. Instead, i-VTM4 works with other vehicle systems like the Vehicle Stability Assist (VSA) to make a truly intelligent AWD system.

Nevertheless, the i-VTM4 system still gives the driver a significant degree of control over how the AWD system behaves. Using the Intelligent Traction Management button, a driver can choose among four AWD modes, namely "Normal," "Snow," "Mud," and "Sand."

These modes are listed with respect to how aggressively the iVTM-4 system responds to road conditions. Normal mode prioritizes smooth vehicle handling at high speeds on paved roads, while Sand mode calibrates the system for the most challenging terrains.

In a way, Sand Mode is the closest equivalent of the older VTM-4 Lock mode.

What Is Honda Real Time AWD? 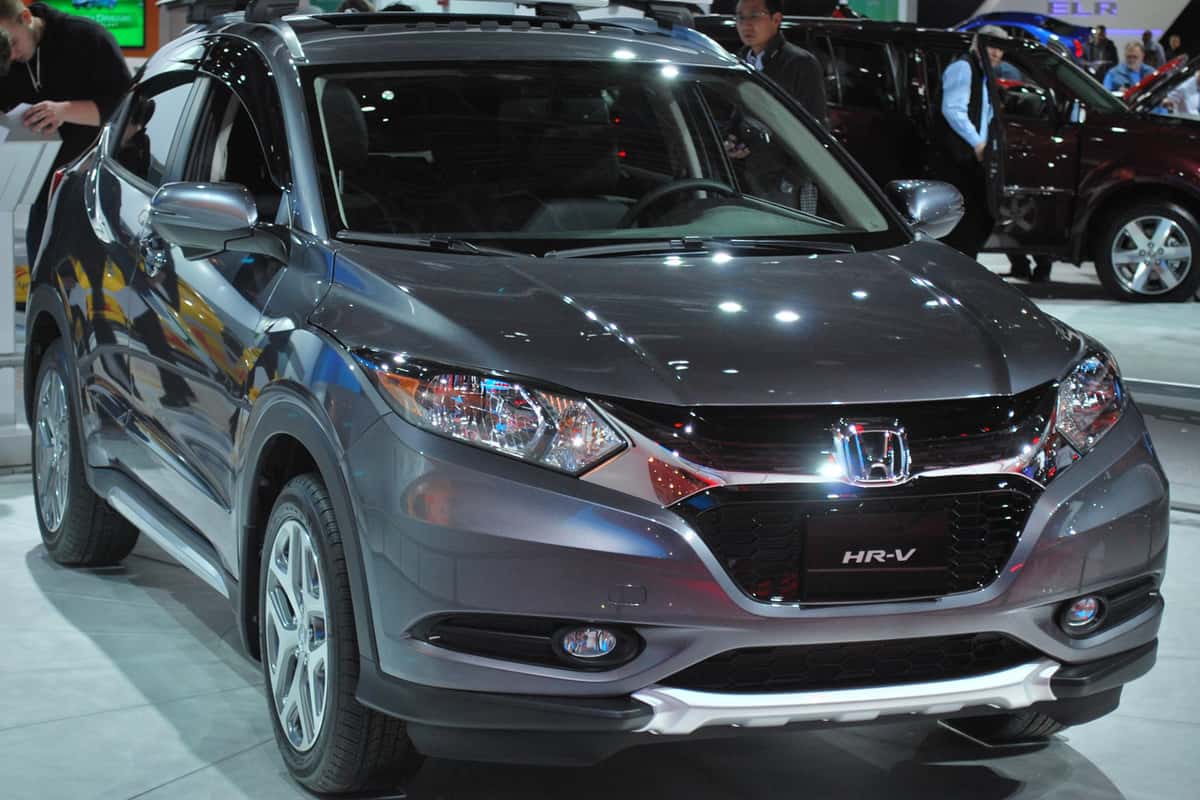 Real Time AWD is Honda's all-wheel-drive system for the CR-V, HR-V, as well as the lower trim levels of the Passport and the Pilot. Real Time AWD provides many of the benefits of the VTM-4 and i-VTM4 systems. However, there are distinct differences.

Compared to the older VTM-4, Real Time AWD does not have a VTM-4 Lock equivalent. This means that in the direst situation, you can only turn off your traction control and depend on the system to manage the power distribution between the front and rear axles.

Realtime AWD also does not have torque vectoring like the i-VTM4.

In a nutshell, Honda designed the Realtime AWD primarily for safety in moderately challenging road conditions. It is not designed for off-roading or for sport.

Which Honda Pilot Has i-VTM4?

The i-VTM4 system comes standard in the Pilot's TrailSport, Elite, and Black Edition trims. However, it is an available option for all other trims.

How Much Is A Honda Pilot? 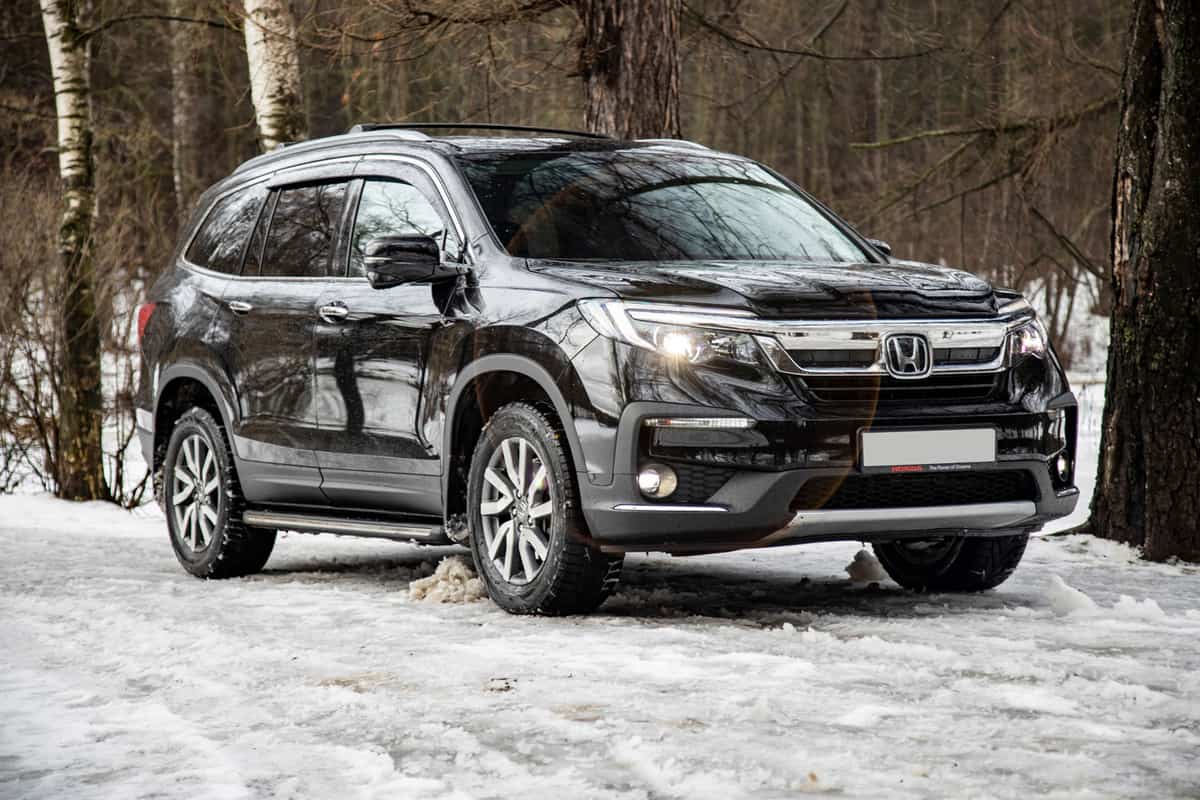 The current US-spec Honda Pilot trims and their corresponding starting prices are below. These prices are accurate as of May 2022.

The Honda Pilot's VTM-4 system is always on and needs no driver interaction. However, you can engage or disengage the VTM-4 Lock, which is a sub-feature of this system. In newer Pilot models that have the iVTM-4 system, the VTM-4 Lock is no longer available.

Thank you very much for reading. We hope that we were able to help you understand more about the Honda Pilot's remote starting feature.

If you would like to read up on more interesting automotive topics, then please check out these great articles:

How To Roll Windows Down With Key Fob [Toyota, Ford And More]