In the U.S., Netflix dominates the video streaming industry while the Honda Civic leads in compact car sales. It's not far off that many Civic owners want to enjoy their favorite Netflix shows while in their favorite Japanese compact. So how do you watch Netflix in a Honda Civic? We've done the research for your convenience.

Your Civic's infotainment system does not allow you to play videos through Apple CarPlay or Android Auto. However, you may try using some third-party apps or aftermarket plug-in devices to bypass this restriction. Alternatively, you can also upgrade to a rear entertainment system.

Would you like to know more about the different ways to watch Netflix in your Honda Civic? Do read on, because we've prepared some great tips and choices for your car's infotainment system. 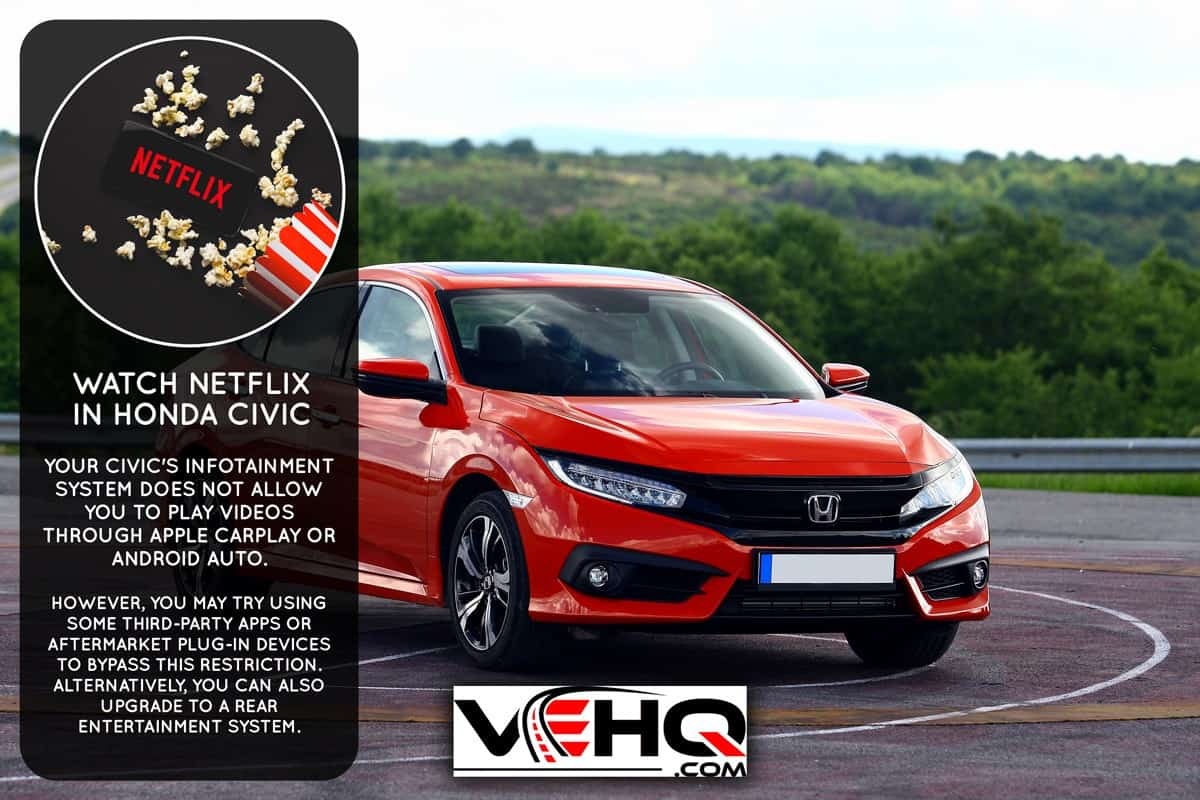 Can I Watch Netflix In My Honda Civic? 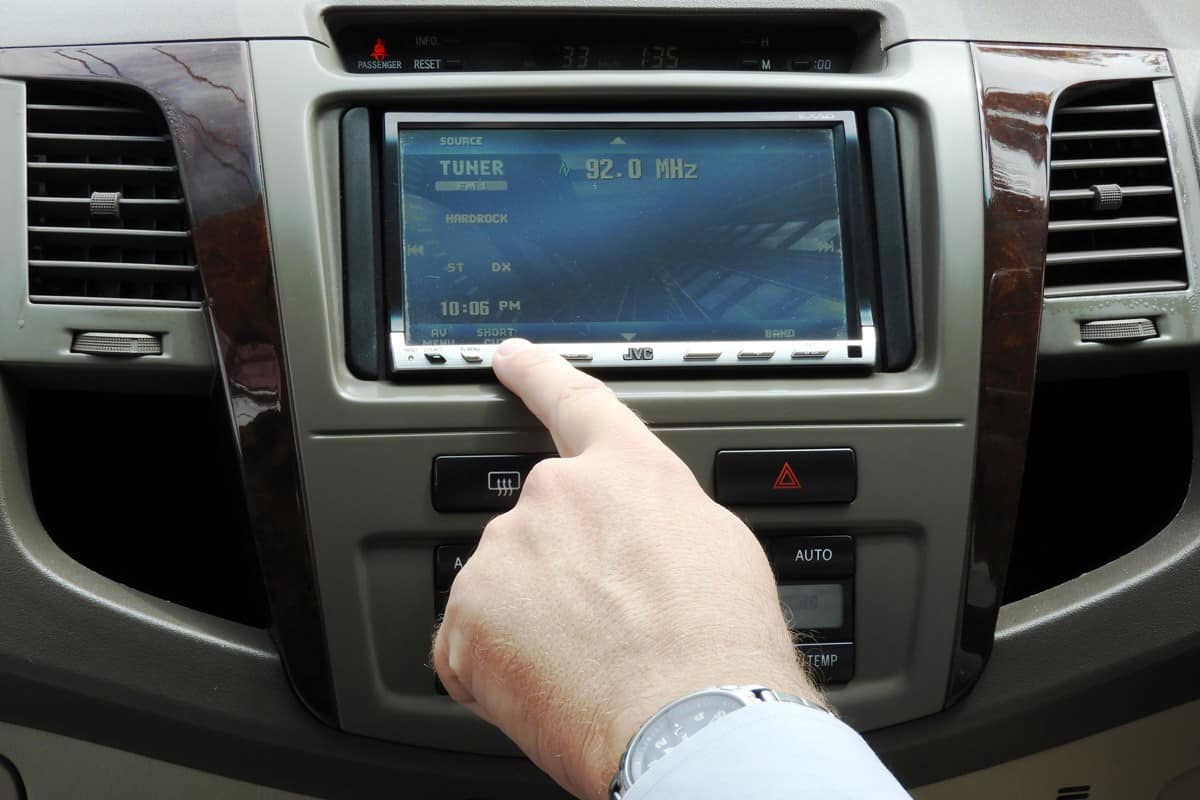 Since 2016, the Honda Civic has been the top-selling compact car in the U.S., outperforming even the revered Corolla. Aside from good fuel economy, interior space, and engaging handling, the Civic also offers quite a lot of technology features.

One such feature is the Civic's infotainment system. Mid-level trims get a comfortable 7-inch touchscreen display with a 180-watt, 8-speaker audio system. Top trims, on the other hand, get a 9-inch screen, a 12-speaker Bose premium sound system with sub-woofer, and wireless CarPlay and Android Auto.

Unfortunately, safety and legal issues compelled automakers to prevent car owners from playing entertainment videos on their front infotainment screens. Although the legal restriction applies only to moving vehicles, Honda and most other brands disabled the videos even while the car is not in motion.

Although we wholeheartedly agree with the safety principles behind the restriction, we also believe that the restrictions could be made a bit less strict. For example, Tesla's theater mode allows drivers and passengers to watch videos from the front infotainment screen while the vehicle is in park gear.

Currently, Honda and most other car brands do not offer such infotainment system operation even while the car is in park. Because of this situation, third-party software developers and aftermarket manufacturers came up with ways to allow videos to play on infotainment systems.

The following sections will discuss the different options that Civic owners can use to play Netflix and other videos in their cars.

To promote safe phone operation while driving, Apple CarPlay as well as Android Auto allow drivers to use many of their smartphone functions and apps through the car's infotainment system. However, both technologies do not allow entertainment videos, games, and other distracting applications.

Because many Netflix subscribers clamor for in-vehicle video streaming, some aftermarket manufacturers responded to the demand and developed smartphone mirroring kits. With these kits, you can completely mirror your smartphone screens to your infotainment system's screen.

Here's an informative video about mirroring kits and how they function compared to Apple CarPlay and Android Auto:

As we can see from the video, phone mirroring kits allow you to project your smartphone screen to your Civic's infotainment screen. With this function, you will be able to watch videos and play games as you would on your smartphone—but this time on a bigger screen and a better audio system.

However, mirroring kits have their drawbacks too. Because complete mirroring bypasses some of your Civic's infotainment settings, you will not have access to your screen's touchscreen function and audio controls. You will need to use your phone to control your videos while mirroring. 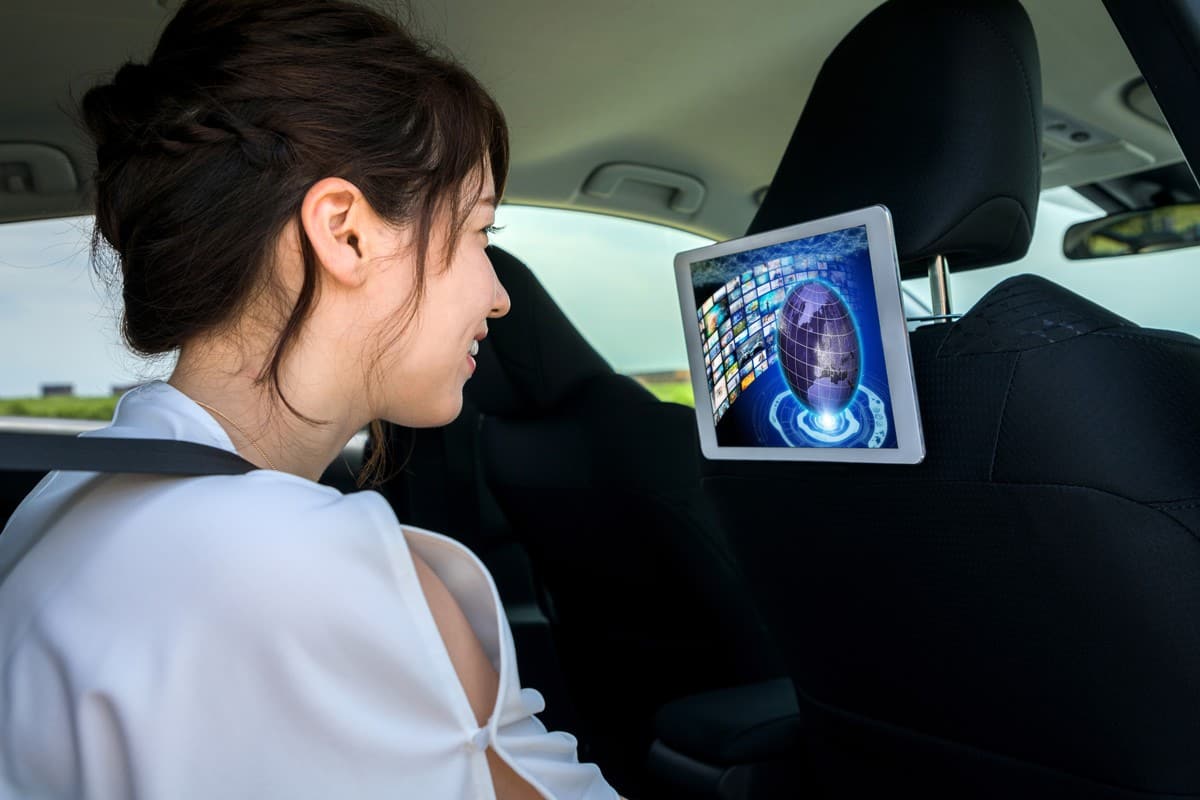 Mirroring kits can be a great solution for Netflix users who would otherwise stream their shows on their phones. However, for people who want to reserve their phones for work and communication, mirroring kits may be inconvenient.

Here are some other possible reasons for some people to shy away from mirroring their smartphones to their car's infotainment screens.

For people who want to prioritize work and communication on their smartphones, aftermarket multimedia boxes can provide a better alternative for Netflix videos.

A multimedia box is an electronic device that plugs into your vehicle's main USB data port. Using the multimedia box, you can access your Civic's infotainment system to watch shows from Netflix and other streaming sites. These boxes also allow you to play offline videos saved on a USB storage device.

To stream videos, your multimedia box will need to have internet connection from one of three sources:

Check out this aftermarket multimedia box on Amazon.

Many software developers have created different aftermarket applications that can bypass the video restrictions set by Honda, Apple CarPlay, and Android Auto on your Civic's infotainment system. Without any plug-in devices, these apps can allow you to stream or play videos on your infotainment system.

However, many of these third-party apps require jailbreaking or rooting your phone or even your Civic's head unit.

Here's a video on how downloaded software can help you "hack" your Honda's infotainment system:

Jailbreaking and rooting can indeed give you some convenient benefits with your device, but the process also carries several risks. Some of these risks include:

Because of the significant risks, we do not encourage you to root or jailbreak your devices just to stream videos while in your car.

Fortunately, some third-party apps like CarBridge offer the same features without having to hack your phone or your head unit. Here's a short video on how to install and run CarBridge for your Honda Civic:

The video instructions for CarBridge installation may be a bit long, so we've listed them below to guide you.

A rear entertainment system is a handy feature that can entertain your rear passengers, particularly during long drives. Unfortunately, Honda's Advanced Rear Entertainment System (RES) does not come with any Civic trim.

With aftermarket rear infotainment systems, you may mirror your smartphone without Apple CarPlay or Android Auto restrictions. Additionally, you can connect an aftermarket multimedia box to any of the screens' USB ports.

Finally, you can connect Apple, Amazon, or Roku streaming devices to the rear entertainment system's HDMI port for the best video streaming quality. For your convenience, we've listed the instructions on how to install and watch Netflix using different streaming devices.

How Much Is A Civic? 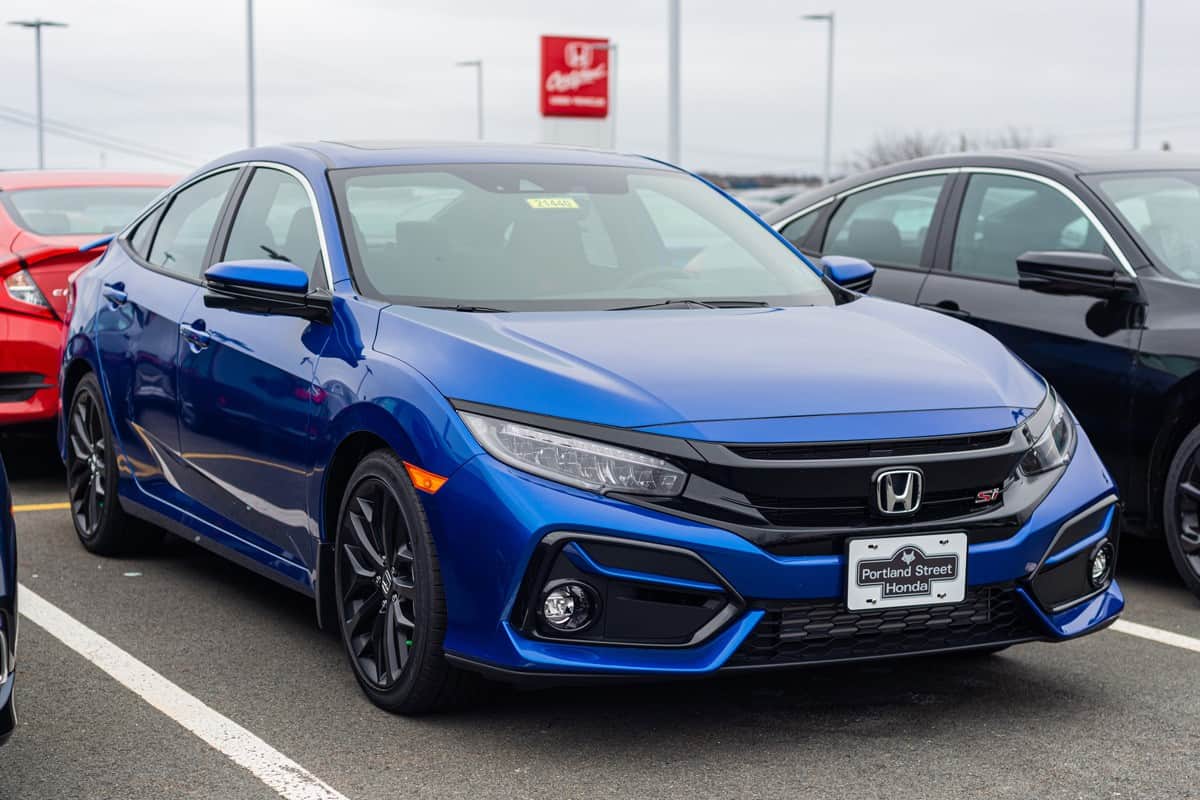 The Civic comes in several models and trims. Here are the different U.S.-spec Civics along with their starting prices: 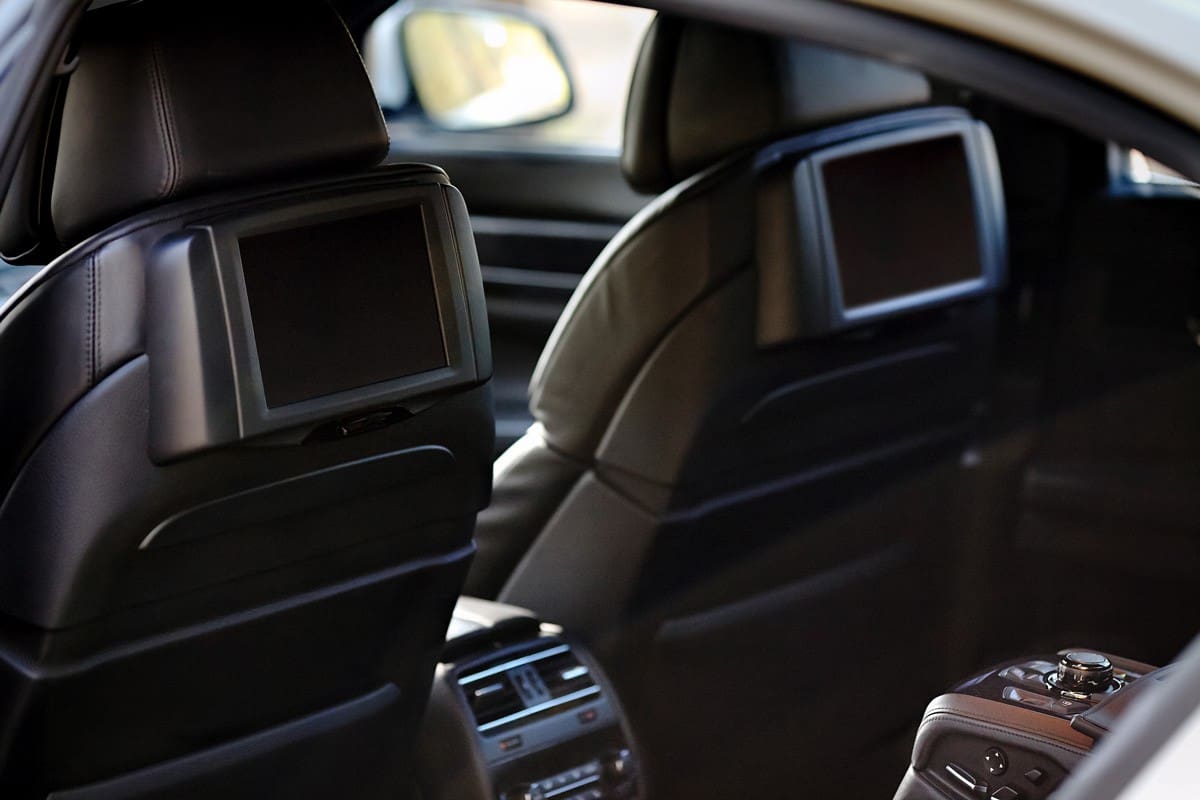 It's not possible to watch Netflix through the Honda Civic's stock infotainment system using Apple CarPlay or Android Auto. However, you may use a phone mirroring kit, a multimedia box, a third-party bridging app, or an aftermarket rear entertainment system.

Although we discourage it, you can also try using third-party rooting or jailbreaking software for your phone or your Civic's head unit.

Thank you very much for reading. We hope we were able to help you choose the best solution for you to watch Netflix in your Honda Civic.

For more interesting reads about Honda and other automotive topics, you may also check out these great articles below:

How Do I Know What Engine Is In My Honda Civic?

My Honda Accord Key Is Stuck In The Ignition – What To Do?

What Is Brake Hold On A Honda?