The Encore is a small but capable SUV addition to the Buick lineup. It gets good gas mileage, has adequate cargo space, and can fit five passengers comfortably. However, what is the drivetrain of Buick's small SUV? We have done the research to tell if the Buick Encore is all-wheel-drive or front-wheel-drive.

The Buick Encore is a front-wheel-drive vehicle. However, there is one model that does come exclusively with an all-wheel drive. If you want a Buick Encore that does great in the snow, then the Buick Encore GX is your go-to because of its AWD system.

It's nice to know that you have drivetrain options when shopping for a Buick Encore. But what is the difference between all-wheel-drive and front-wheel-drive? Does it make that big of a difference when driving in slippery road conditions? Read on as we discuss the answers to these questions in detail. 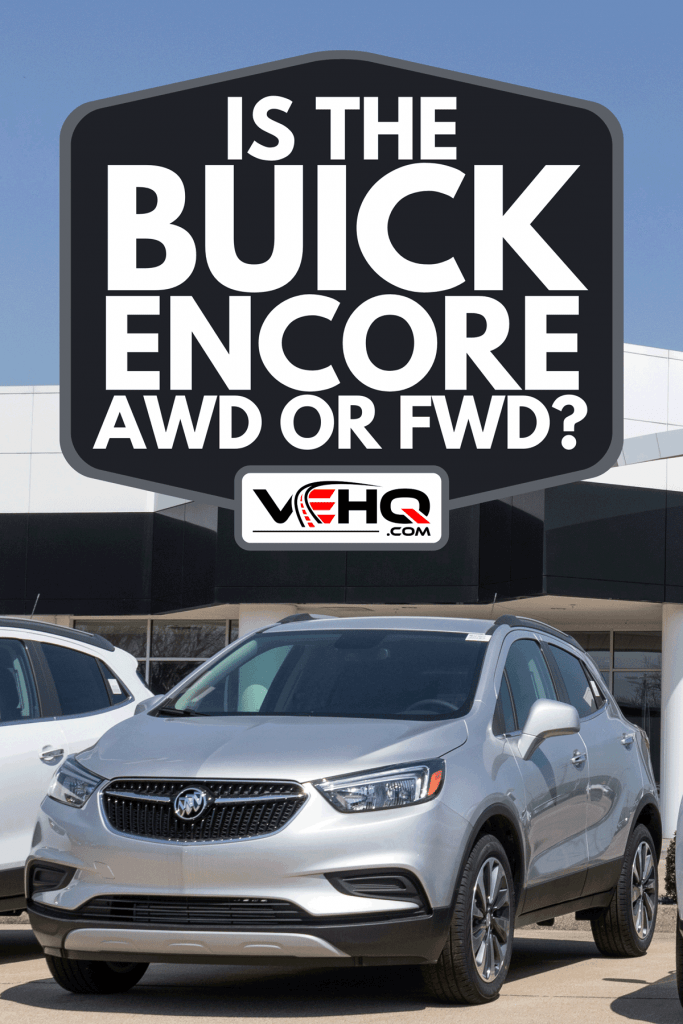 What is the Difference Between 4WD, AWD, and FWD?

Before we get to the pros and cons of each drivetrain, let us first go over what makes up a vehicle's drivetrain. The term drivetrain refers to how power is sent from the engine to all four wheels of your car. It also includes how different manufacturers design their components to have different options when shopping for a car.

The drivetrain makes the difference in your control over the vehicle and can determine whether or not you have to worry about power loss through wheel slip. Wheel slip happens when one of the tires on a car loses contact with its surface of traction. This is caused by spinning due to either braking, accelerating, or cornering.

This is where 4WD and AWD differ from FWD. When a car with front-wheel drive spins out, it just loses power due to wheel-slip, but if a car with all-wheel or four-wheel drive spins out on the ice, it will have more traction to gain control of the vehicle. The 4WD and AWD systems have different ways of putting out power to all four wheels so they can grip the road easier. 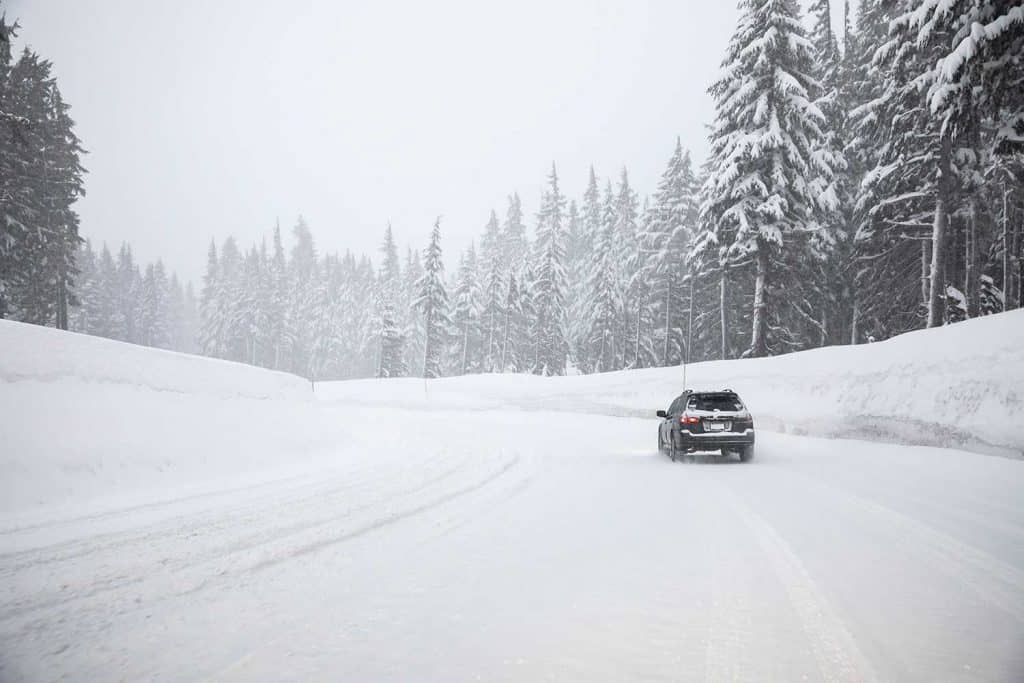 Is Buick Encore AWD or FWD?

If you are set on getting an Encore but live in snowy regions, then the Buick Encore GX is the best option.  It comes with an all-wheel-drive and has a good amount of storage space too.

All-wheel drive is specifically designed to give you more control and better handling in slippery road conditions.  With all-wheel drive, the engine sends power to two sets of wheels so you can drive with more confidence.

The Buick Encore GX gets 19 mpg in the city and 26 mpg on highways which is decent compared to other cars in the same category. It has a turbocharged 4-cylinder engine that gives you 210 horsepower. It can also fit five passengers comfortably. 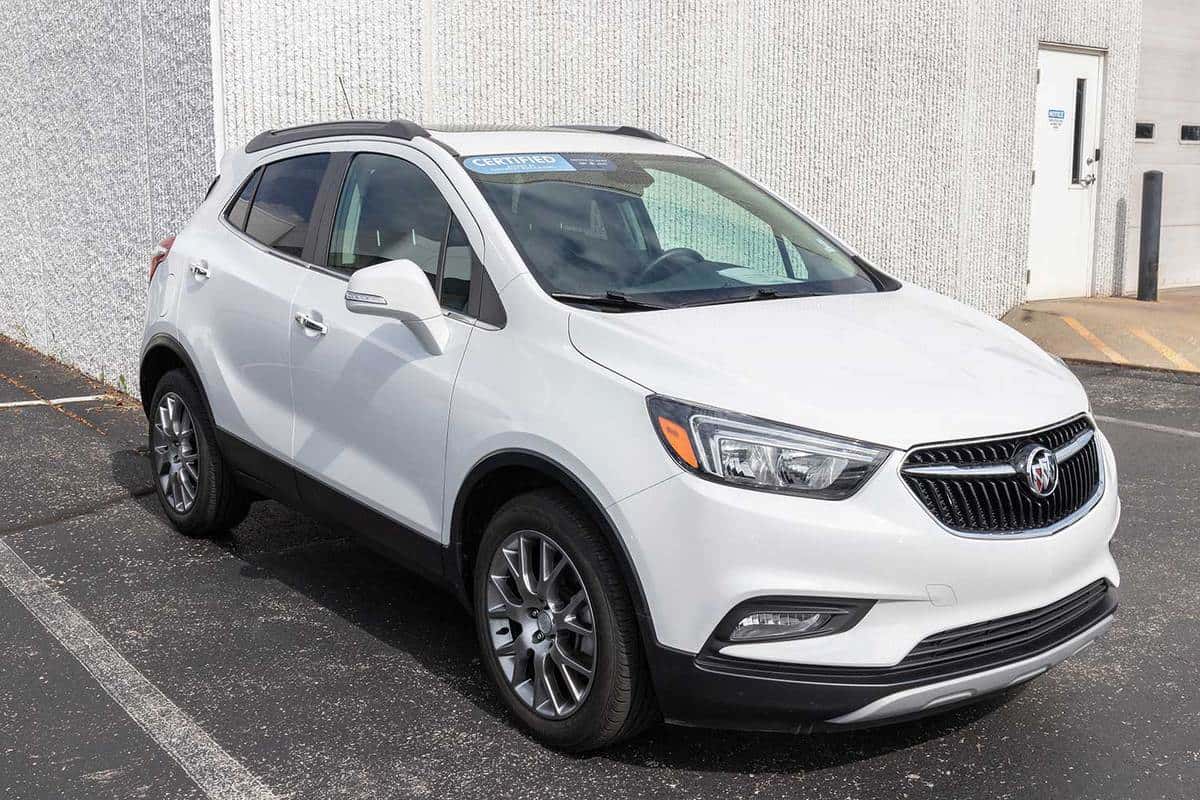 The older Buick Encores had different body styles and features. There were also several different trims amongst these years, with some having AWD and some have FWD.

From 2015-2019 the Buick Encore came standard in an FWD but any of them could have been upgraded to an AWD. The Buick Encore GX is the only Encore that came exclusively with AWD.

The 2017 Encore has undergone an extensive redesign with a sleek and chic design. The infotainment unit is now integrated between the dashboard vents, making it easier to use than before. There are also new audio controls that make listening more convenient while driving - there's no need for users to take their eyes off the road! Other features include upgraded instrument cluster displays.

The newer Encore's also come standard in FWD and can be upgraded to AWD for an extra $600.

Is the Buick Encore being discontinued?

There have been rumors of the Buick Encore being discontinued as of 2023, but nothing has been officially released. Furthermore, Buick has not released any statements about this rumor.

It's easy to tell that Buick will continue making the Encore for at least two years, considering its popularity. It's also a relatively new model with only four years of existence, so it makes sense that they would keep updating and improving upon the vehicle. Even if it were to be discontinued, Buick would most likely release a new similar model.

Some of Encore's competitors are quite old and may be phased out in upcoming years. So it makes sense that Buick would phase out any models that do not work well against it. This applies to both the Subaru XV Crosstrek and the Nissan Juke - they both have run their course.

Is the Buick Encore good in snow?

The all-wheel-drive Buick Encore GX is one of the best models in snow due to its stability and handling.  It works especially well when it comes to slippery surfaces such as wet or snowy roads. However, there are complaints that it doesn't perform as expected during extremely heavy snowfall - yet another reason why AWD isn't always a good choice.

The all-wheel-drive system of the Encore GX uses a computer and sensors to determine how much power should be sent to each wheel for the vehicle to move forward efficiently. This is referred to as torque management that can be programmed for different surfaces or weather conditions - it also helps save fuel, which is more environmentally friendly.

The electronic traction control system (ETCS) sends the right amount of power to each wheel. It works with a special anti-lock braking system (ABS) that ensures that you always control your car during various weather conditions. The ABS prevents skidding by stopping individual wheels from locking up and helps prevent loss of control due to excessive wheelspin. 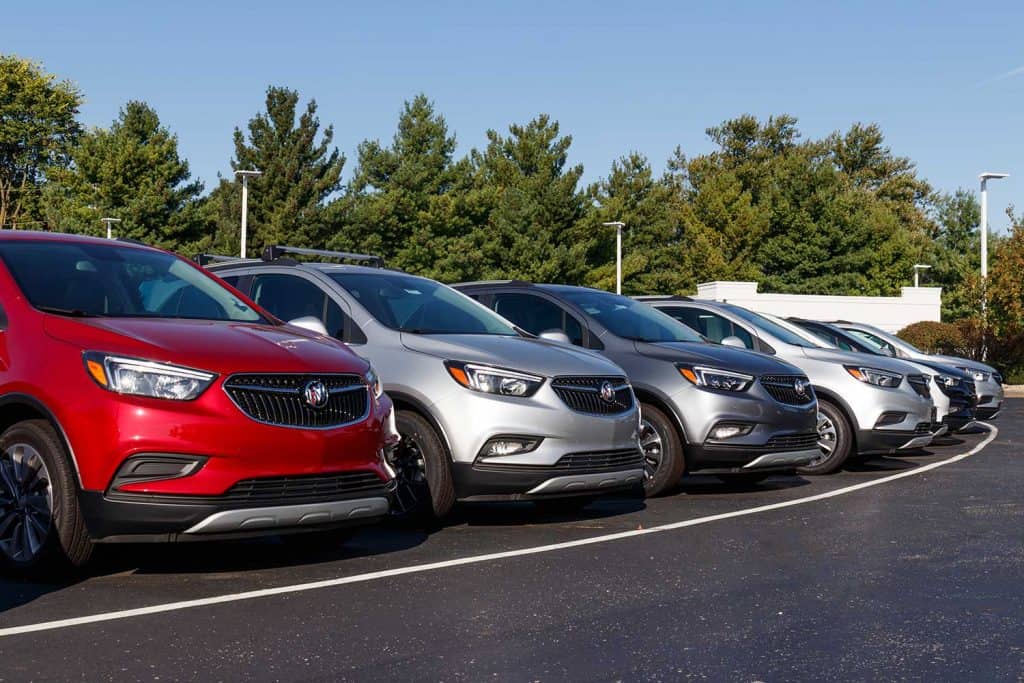 Does Buick Make a 4WD?

Buick doesn't make a model that has 4WD. All of the vehicle SUVs and sedans are either AWD or FWD. Even the biggest SUV, the Enclave, isn't 4WD.

Both engines are mated to six-speed automatic transmissions that shift smoothly and quickly to make your driving experience enjoyable. The Enclave has a quiet ride, but it still packs in plenty of power and torque for merging onto the highway or going uphill during snowy weather - this is because it has a curb weight of 4,382 lbs.

In addition to its AWD system, the Buick Encore also comes with several safety features to keep you, your family, and your belongings safe. Some features include advanced airbags, a rearview camera to help you reverse safely, and parking sensors for added safety!

The Buick Encore may not be your off-roading demon, but it is a quality crossover SUV good for daily commutes. It looks great and offers all of the comforts you would expect from Buick with some added thrills for adventurous drivers - like skid plates underneath to protect the undercarriage against rocks, debris, etc. Also, if you need the extra traction in the area you live in, you know you can go with the Buick Encore GX!

What SUVs Have Fold Flat Seat That Fold Into Floor?

What SUVs Have Remote Start?

Have a Buick Encore? Tell us about it below!