Ford Mustangs are greatly renowned for their efficient engine power and excellent performance. But, unfortunately, Mustangs don't handle well in the winter. Given that rear-wheel-drive vehicles are often less ideal for driving on icy roads, it begs the question — is the Ford Mustang rear-wheel drive (RWD) or all-wheel-drive (AWD)? Find out the answer to this question by reading this guide!

All Ford Mustangs come in rear-wheel drive, and there has never been an all-wheel-drive Mustang produced. However, it's rumored that the seventh generation Ford Mustang S650 will be outfitted with all-wheel drive. The hybrid Mustang is expected to roll out in 2022.

If you are looking for a sports car that can be driven in all weather climates, the Ford Mustang probably isn't the best choice. While the legendary muscle car is fun to drive, it doesn't fair well in icy or slippery road conditions. However, there are pros and cons of having a car with a rear-wheel-drive. Read on as we discuss the Ford Mustangs drive-train and specs. 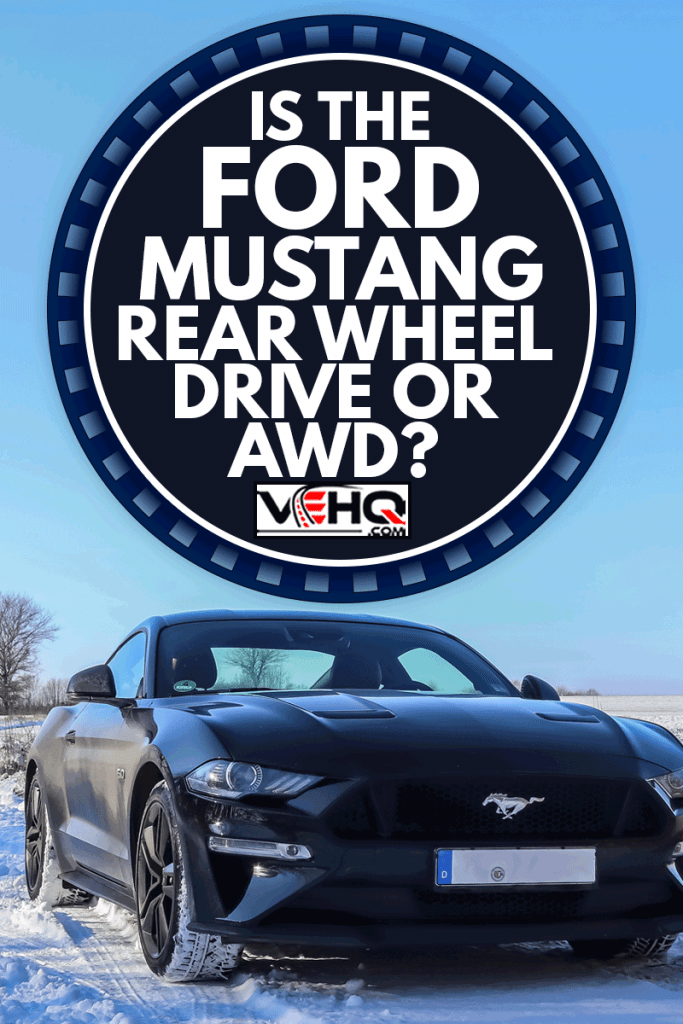 Is the Ford Mustang Rear-Wheel-Drive?

The lack of all-wheel drive in the Ford Mustang can be looked at in both a positive light and negative light. On the positive side, the rear-wheel-drive is ideal for high-powered sports cars like the Ford Mustang as it is said to corner better and boast a better acceleration than another similar car with an all-wheel-drive system.

In addition, the all-wheel drive significantly reduces wheelspin when accelerating through a turn as the front wheels use much of the power to turn. Another convenience for the Mustang is cost-efficiency. In most cases, cars with rear-wheel drive are affordable when it comes to fuel economy.

The Ford Mustang was first launched back in 1964. Since then, the vehicle has undergone a massive transformation by effectively combining performance with comfort. The most recent iteration of the Mustang, the 2020 Ford Mustang, is available in four trim levels, and they include:

On top of the above Ford Mustang trim levels, there are several special editions and performance configurations. The two most significant editions include:

As you can see, the Ford Mustang trims offer a lot of features that's if you are okay with the rear-wheel-drive. Owning one is great for consumers who live in dry climates or who want an extra toy to drive on nice summer days. Read on as we talk more about the Ford Mustang's capabilities in snowy road conditions.

Do Any Mustangs Have AWD?

To answer this question directly, all Mustangs don't come outfitted with all-wheel drive. Instead, they're equipped with a rear-wheel-drive drive-train. However, while the Ford Mustang will continue to be predominantly RWD, expectations are high that Ford will launch an AWD Mustang next year.

The automaker reportedly filed patents for the hybrid Mustang. As per the patent, the front wheels of the upcoming hybrid Mustang will be powered via an electric motor, whereas the gas motor will power the rear wheels. But this isn't the first time Ford is showing interest in having an all-wheel-drive Mustang.

Back in 1965, the automaker presented three AWD-equipped Mustangs at Harry Ferguson Research. Ford used these three Mustangs to educate people on the benefits of outfitting their cars with an all-wheel-drive system. 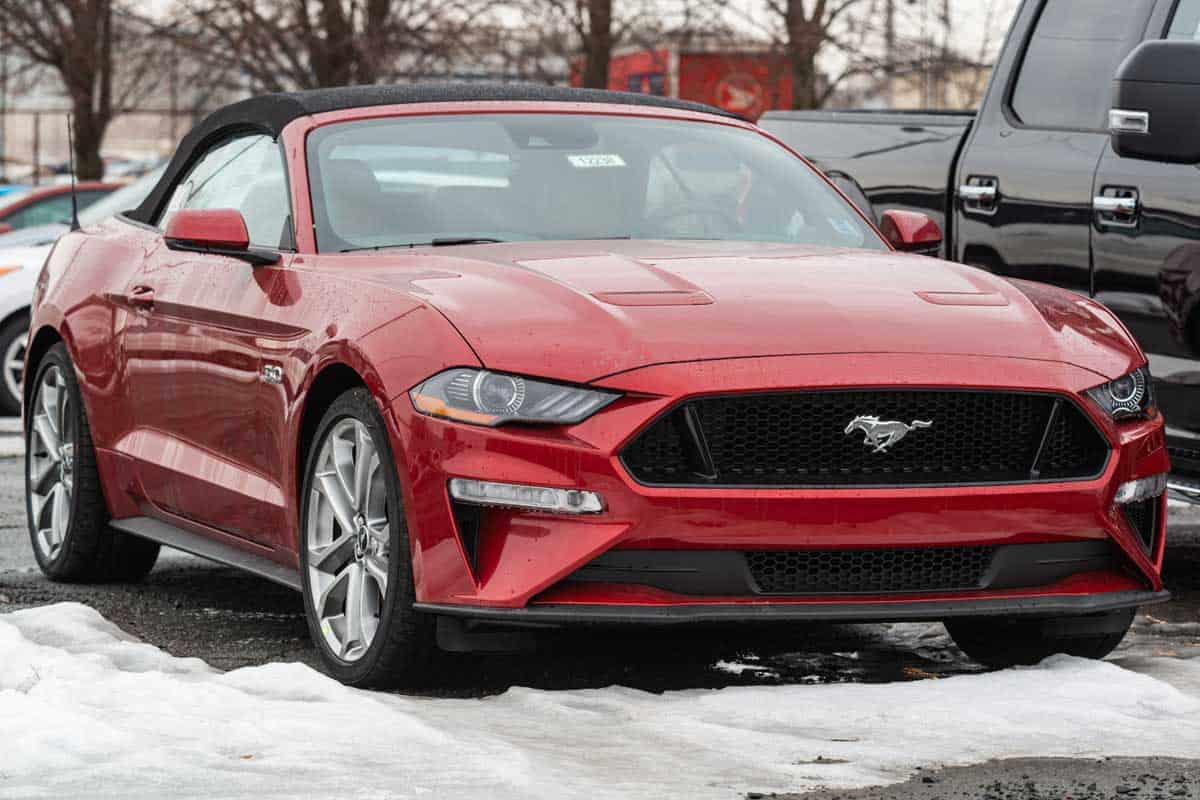 Are Mustangs Bad In The Snow?

Ford Mustangs aren't good for driving on snow-covered roads because of their rear-wheel-drive nature. Even with its Traction Control System, the car is prone to losing control and traction on snowy and wet roads. And since the weight on the rear axle is relatively low, Mustang's wheels tend to slip on snow – fishtailing.

While the Ford Mustang is at its weakest in poor weather, the car comes with Adjustable Driving Mode – a feature that allows drivers to press the Snow/Wet Mode and increase the vehicle's stability and traction in snow or wet conditions.

Having said that, it does mean you can't drive a Mustang in winter. In fact, with improved winter driving skills and plenty of caution, your Mustang should be good in snow. Some of the features that can be applied to boost Mustang's winter driving capabilities include Traction Control System, Electronic Stability Control, Antilock Brake System, Electronic Brake Force Distribution, and Emergency Brake Assist. 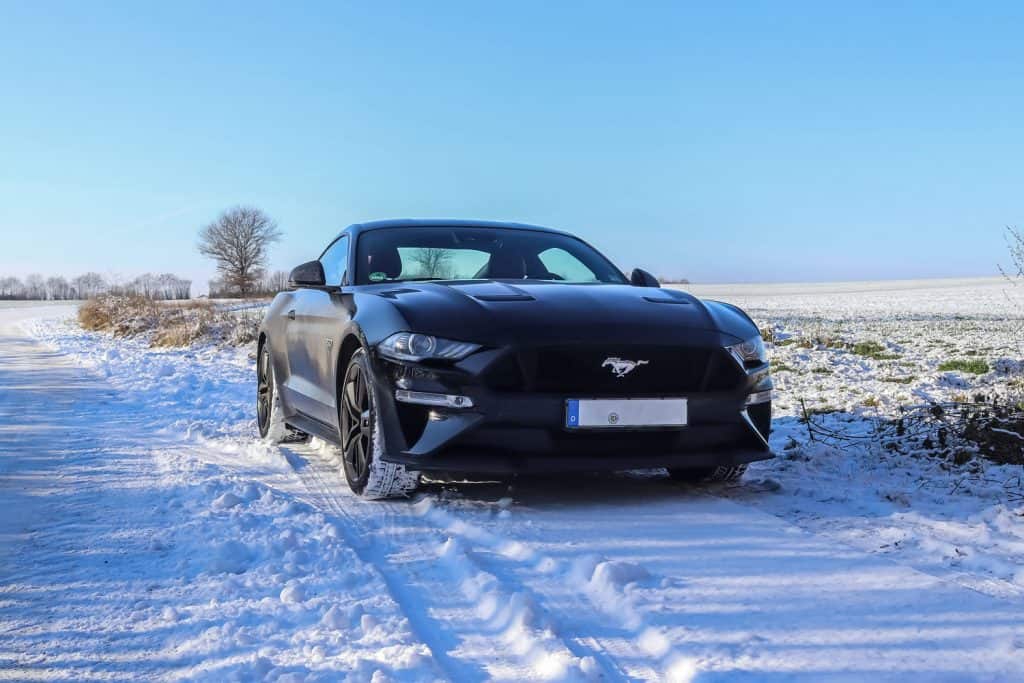 For the faster Mustangs such as the Shelby GT500, front-wheel-drive wouldn't be ideal. Cars that have so much horsepower have a hard time staying on the road if they are FWD. However, making an FWD Mustang in the more economical trim packages might not be a bad idea. That's if Ford ever decides to produce anything other than a rear-wheel-drive Mustang.

Can A Mustang Drift?

A car with a manual transmission drifts better because it puts a driver in charge of all the gear shifting needed to enable drifting. On the other hand, controlling a car with automatic transmission can be somewhat tricky during drifting. In addition to the aforementioned minimum requirements for drifting, drift cars have wide and low-profile tires. 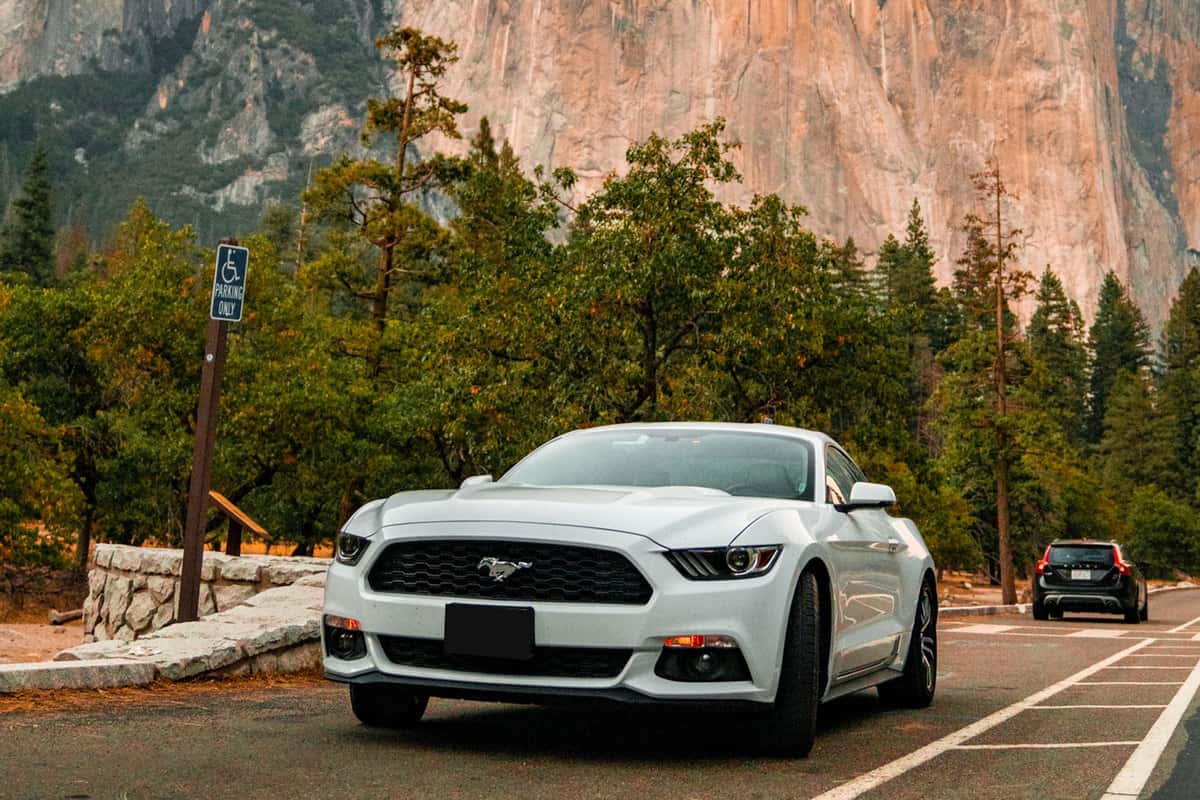 RWD is better for drifting. For those not in the know, drifting is a sporting activity where you cause the car's rear wheels to slide around a curve. It's easier to drift when you have a vehicle equipped with rear-wheel drive than another car with front-wheel drive.

Ford Mustang is arguably one of the most well-rounded sports cars. Despite lacking an all-wheel-drive platform, the car offers a unique mix of classic style with exhilarating performance. Whether it's the high-performance 2.3L or the 5.0L V8 engine version, the Convertible or Fastback, the Ford Mustang has a heritage few other sports cars can match.

Ford Mustang Not Starting - What To Do?

Have you driven a Ford Mustang in the snow? Leave us a comment below!