It can annoying and maybe even scary to receive a warning about reduced engine power while you're driving. You'll wonder if driving with the warning light on your dashboard is safe. Fortunately, we are here to help you with this issue, and let us share with you what we have discovered.

Keep reading to learn more about reducing your car's engine power. We'll also cover what this means in your vehicle, the causes and how to bypass this reduced engine power and the repair cost for this issue. 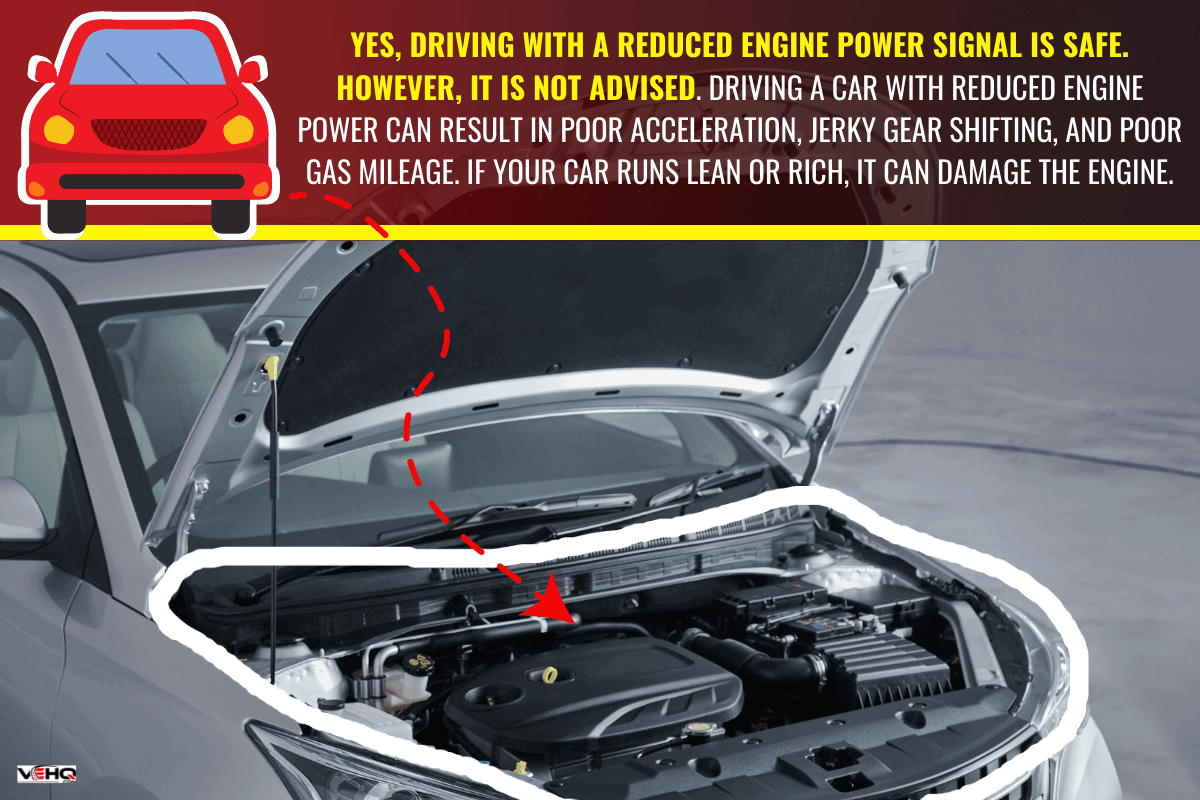 What Does the Reduced Engine Power Warning Light Mean?

When your vehicle's engine computer detects a problem with the engine and transmission, the reduced engine power warning light illuminates.

When this light is illuminated, it indicates that the engine in your vehicle is not producing as much power as it should. It can be caused by various issues, such as a dirty air filter, or more severe issues, such as a faulty oxygen sensor.

How Can You Tell If Your Car's Engine Power Has Reduced?

There are several approaches to this. The first method is to look for any warning lights on the dashboard. If a warning light illuminates, it indicates a problem with the vehicle that must be addressed. Most modern cars typically display an alert that says, "Engine power has been reduced!"

The second method is to listen for changes in the engine's sound. If the engine sounds like it's struggling or running slowly, it could signal that it's in low-power mode.

The third method is to look for changes in the way the vehicle drives. If it doesn't seem to be accelerating as quickly as usual, or if turning the wheel is more complex, this could indicate that reduced engine power is enabled.

What Are The Causes Of The Reduced Power Engine Warning?

Several factors can cause your engine power to reduce. Some of the most common causes are as follows: 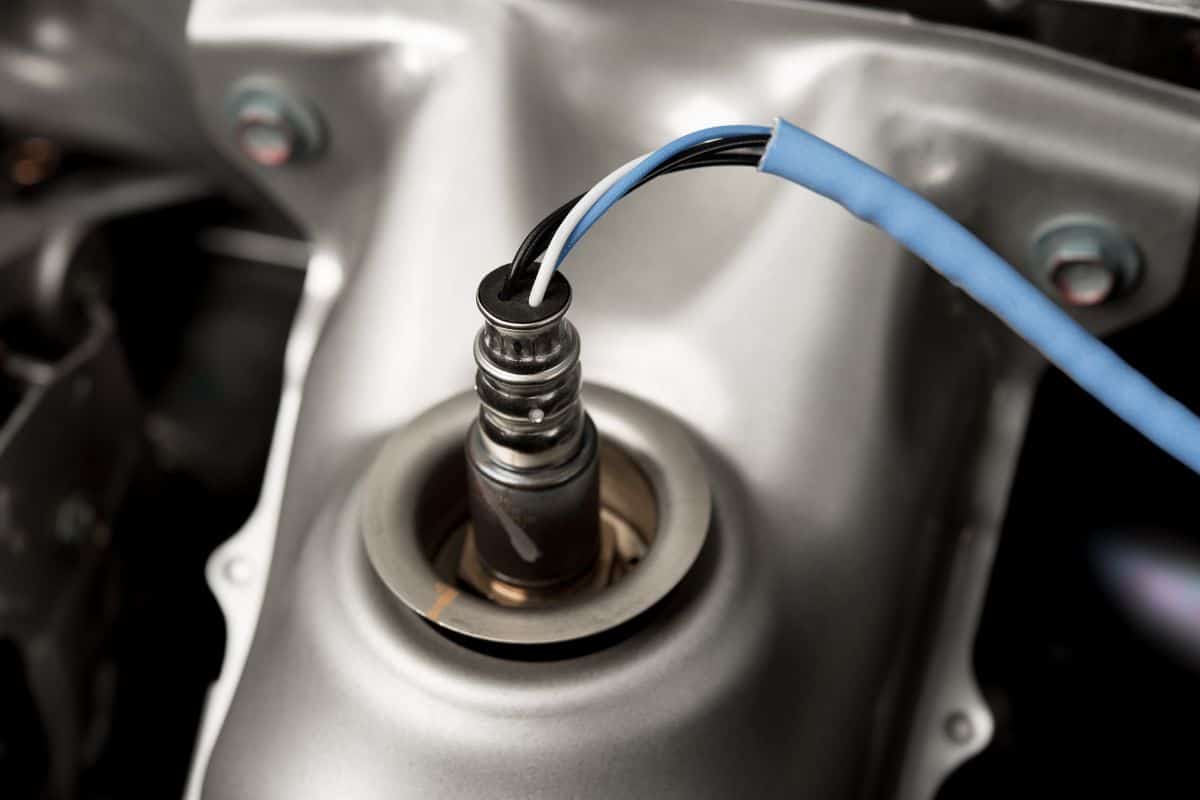 Oxygen sensors determine how much oxygen is leaving the system through the exhaust. The electronic control unit will adjust the air-fuel ratio to balance performance if too high or too low oxygen is coming out.

A faulty sensor, on the other hand, can send inaccurate information back to the computer, causing incorrect adjustments. This causes an imbalance in the air-fuel mixture, which results in poor performance and engine problems and can also cause the Reduced Engine Power Warning to appear. 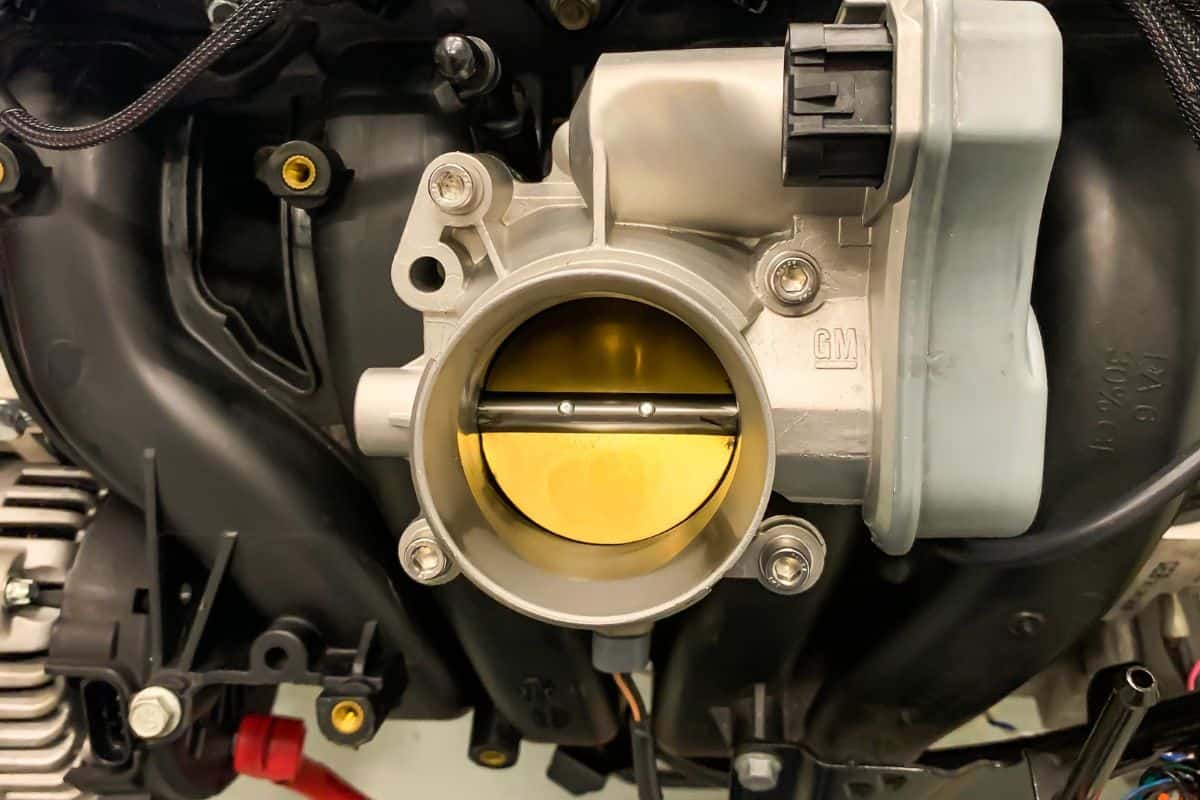 Several parts of the throttle body could fail and cause these warnings. The butterfly valve is in charge of allowing air to enter the engine. When this valve fails, the proper amount of air cannot be obtained.

Carbon can also accumulate around this valve, causing it to malfunction. When the engine is deprived of sufficient air, it will misfire and sputter, resulting in dashboard warnings.

The throttle position sensor near the butterfly valve must also function properly for the air to flow freely. This sensor detects the position of the gas pedal and instructs the computer to open the butterfly valve. However, if the sensor fails, the valve will not receive the necessary data, causing air to become constrained. 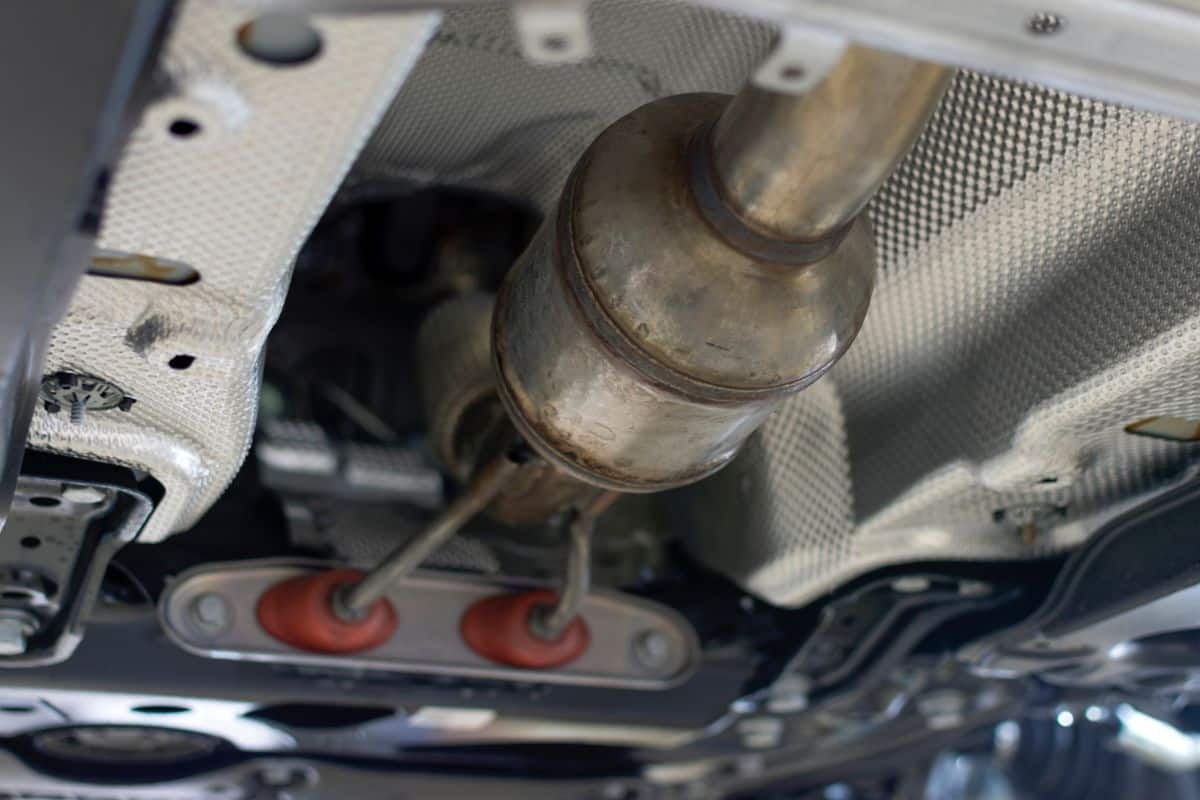 The catalytic converter is located immediately after the exhaust manifold. This critical component's primary function is to convert toxic exhaust gases into less hazardous contaminants.

The catalytic converter can become clogged if the engine is not operating properly or as the vehicle ages. When this occurs, the vehicle will not only fail an emissions test but also exhibit some engine performance issues. The Reduced Engine Power Warning will not always be illuminated, and the Check Engine Light will be activated at the very least. 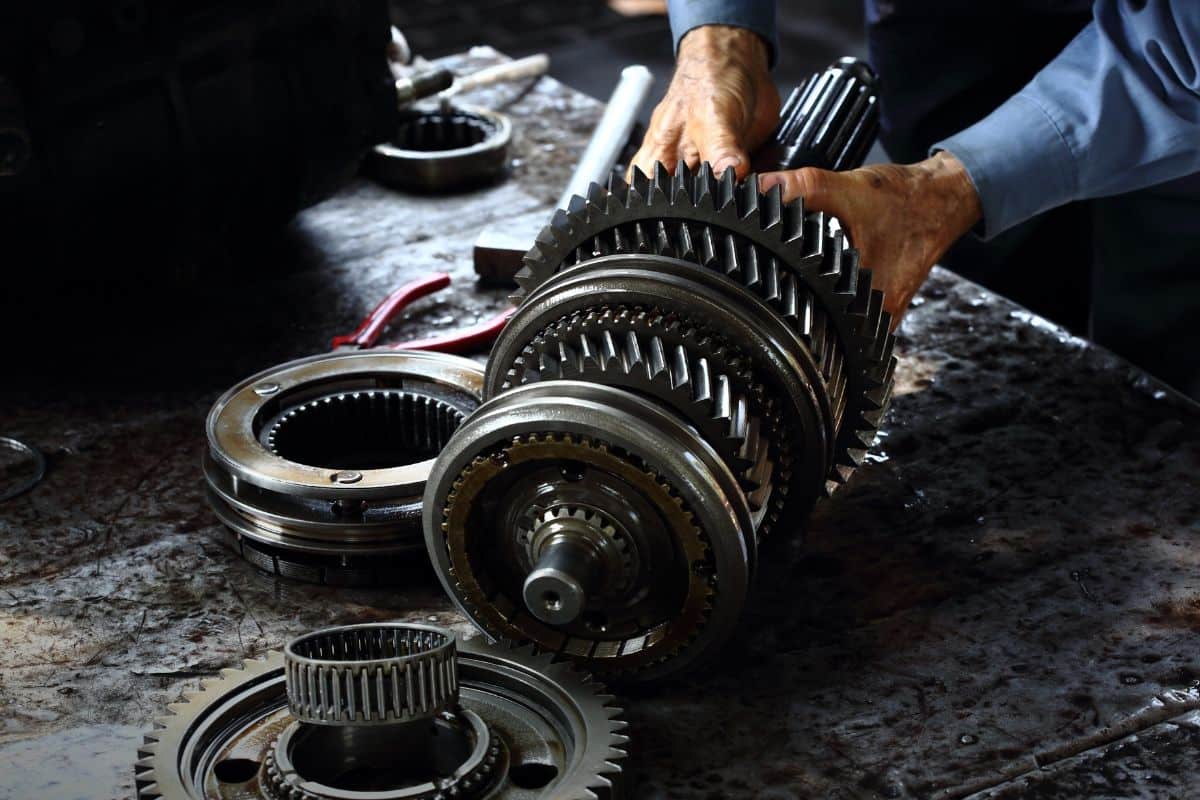 Transmission problems are never pleasant to deal with and can cause many issues. You can expect to see error codes if the transmission slips or the fluid level drops.

While most people do not associate a reduction in engine power with the transmission, the two systems are inexorably connected. The transmission must be examined if none of the other suspects are to blame.

Wires connect every significant component in your car. If an electrical short occurs or one of the wires becomes damaged, the engine may enter a fail-safe mode. This issue can also occur if you have a loose clamp or an improperly secured ground wire.

While a loose connection is usually easy to repair, it isn't always easy to locate. To find the flaw, you would need to inspect the systems thoroughly.

How To Bypass Reduced Engine Power?

Understanding what causes reduced engine power is a great way to begin. Some bypass methods can be performed at home, but others require the assistance of a professional technician.

When there is a loss of power, one of the most important steps to take is to inspect the sensors. Sensors such as mass airflow, oxygen, and manifold absolute pressure send data about the car's systems to the electronic control unit, which then adjusts power correctly.

If a sensor fails, it will send inaccurate data, causing problems with your engine's operation. When you notice a reduction in engine power, you should replace any damaged sensors to rule out any potential problems.

When you experience reduced power, your catalytic converter is one of the first places to look. When the On Board Diagnostic II monitors detect trouble with the converter, the engine power is reduced to compensate for what it interprets as a possible issue.

You can avoid reduced engine power by replacing your old catalytic converter. While this may appear costly and unnecessary, it is well worth it to rule out potential problems. 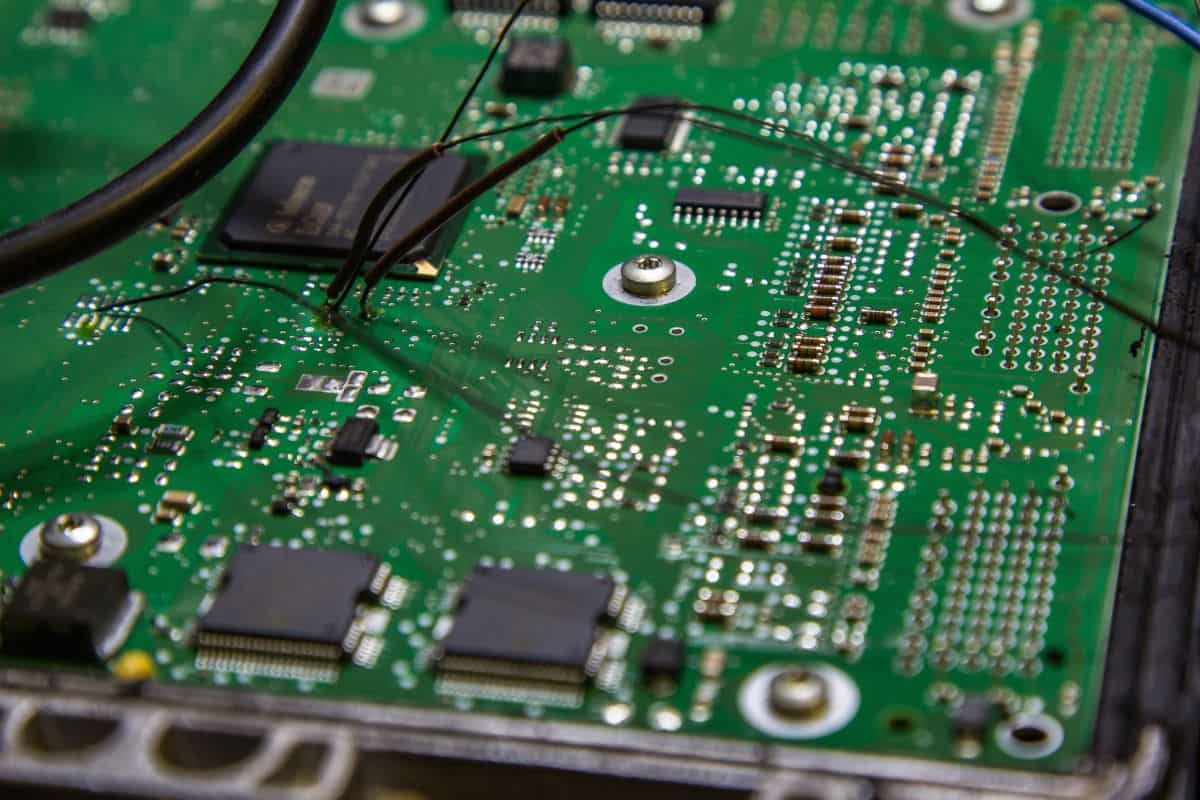 The ECU, or the computer that runs your car, has a lot of sensors and monitors that it uses to determine the best way to distribute power. However, when one of these sensors malfunctions, the power is reduced. The ECU can be used to bypass reduced engine power by updating its firmware or replacing it entirely. 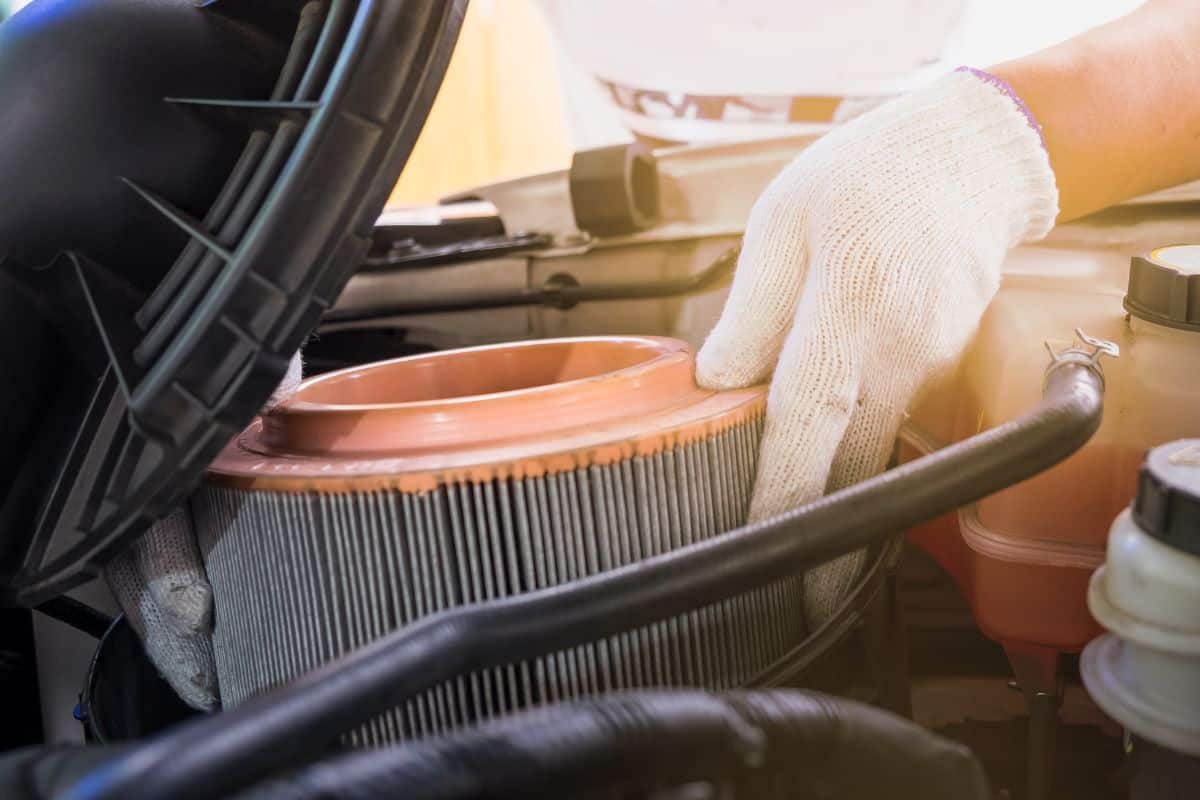 The intake on your car is in charge of drawing in more oxygen, which the engine can use to burn fuel. If oil accumulates on the valves or the seals are damaged, oxygen cannot enter, and power is reduced. Simply open the intake manifold and brush away the debris to clean it.

Check The Cables And Electrical Wiring

If your car's engine isn't producing enough power, you most likely have an electrical failure. The ECU is programmed by signals from the battery and other components. If there is any faulty wiring or cables, the car may not run properly. You should inspect all the electrical connections and consider replacing any damaged ones.

If you're experiencing a loss of power, you most likely have some exhaust leaks. The exhaust system is designed to control and release excess pressure generated by a car's engine so your vehicle can run efficiently.

When any holes in the system are caused by rust or damage, pressure will be released, resulting in decreased power. You can quickly examine your system for leaks using a soap and water solution.

Bubbles indicate underlying issues. To avoid further problems with your vehicle's performance, identify and fix them as soon as possible.

How Much Does It Cost To Repair The Reduced Engine Power Warning?

The only way to determine the total cost is to figure out what's causing it.

The OBDII scanner can assist you in determining the location of the fault. This scanner will interpret fault codes and show you which systems are at fault.

You would notice a loose connection, which would be free to repair if the connection could be re-established. However, replacing the catalytic converter or the ECU could be an expensive repair.

Click to see this On-Board Diagnostic Scanner on Amazon.

A warning about reduced engine power indicates that something is wrong with your vehicle's internal systems. When you see this warning on your dashboard, you have enough time to safely come to a halt before seeking help with the underlying problem. Whether you repair it yourself or take it to a mechanic, proper care ensures you don't have to deal with more serious car issues.

Why Does My Airbag Light Turn On And Off Randomly? What Could Be Wrong?