Are you curious about whether the Mercedes Sprinter has 4WD or AWD capabilities? Are you unsure of the difference? Well, we have gathered all the information pertaining to this inquiry and have the answers for you. 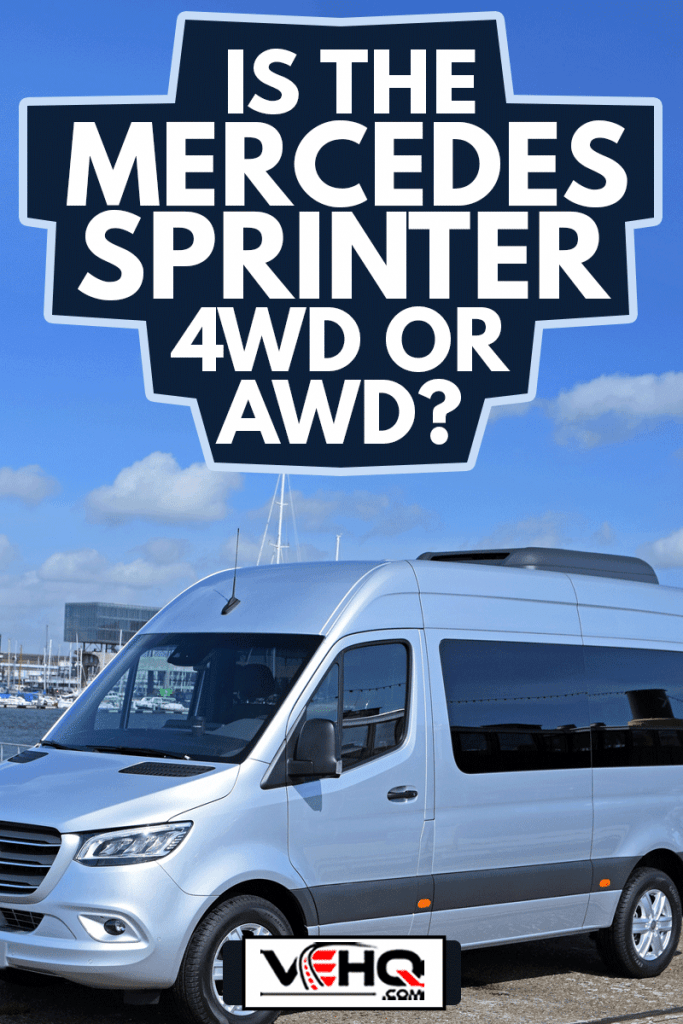 Which Mercedes Sprinters Have 4WD Options?

When you are selecting a Mercedes Sprinter, if you want 4WD, you will need to select the right powertrain setup. The powertrain is the engine plus drivetrain.

The drivetrain is the part of the car that delivers power to the wheels. The Mercedes Sprinter comes with four powertrain options.

The 6-cylinder Diesel 4x4 option is the powertrain you will be looking for if you want to access 4WD. None of the other powertrain setups offered by Mercedes for the Sprinter have 4WD, so you will want to keep this in mind.

The Mercedes Benz website allows users to explore these options.

What Is The Difference Between 4WD And AWD? 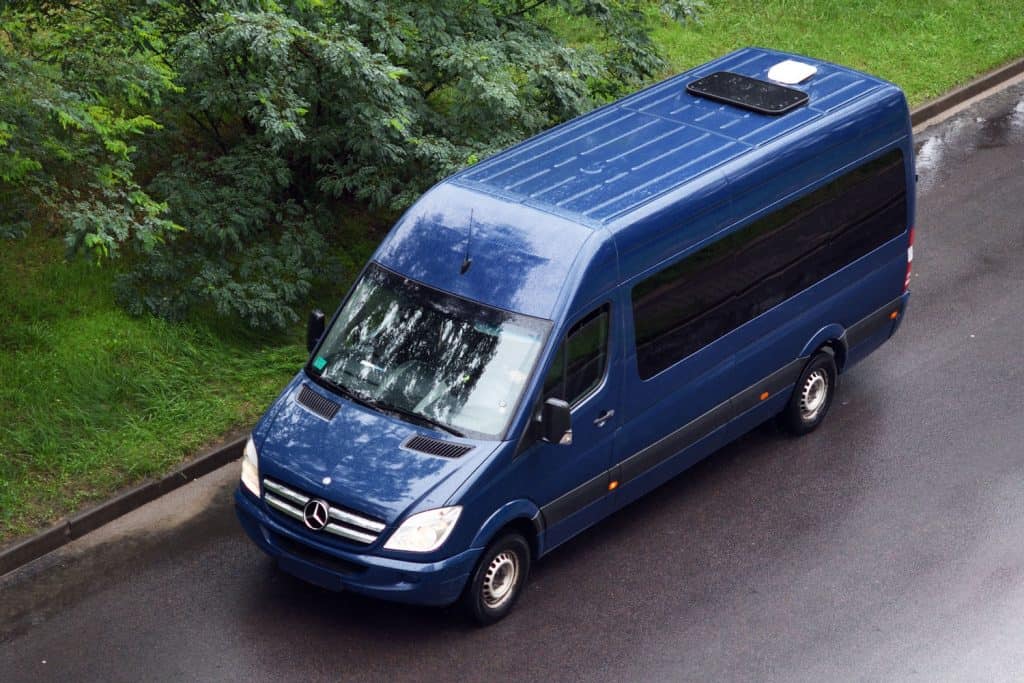 Four-wheel drive and all-wheel drive originally had quite different drivetrain setups. However, they have each received many upgrades to their mechanisms over the years that sometimes blur the lines between the two.

How does 4WD work?

Four-wheel drive sends torque to all four wheels to help increase traction. In addition to that, 4WD also tends to be more robust than AWD and better able to handle off-roading.

When using 4WD, the driver typically needs to decide to engage it when needed.

How does AWD work?

All-wheel drive gives the vehicle the ability to send traction to all four but will only send power to two wheels until extra traction is needed. While AWD still increases the ability to drive off-road, it will not be as hardy as 4WD.

All-wheel drive, unlike four-wheel drive, does not need to be engaged. The vehicle will sense when traction is needed and apply torque accordingly.

A Blur Of Capabilities

When 4WD was invented, it was originally a drivetrain setup for off-roading and better traction in poor weather conditions.

In time, auto manufacturers added many features to the newer 4WD systems, giving it the ability to sense when traction is slipping on one tire and increase traction there.

All-wheel drive systems have also received significant upgrades since first conceived. While at first, AWD was only good for minimal traction increase part of the time, some newer AWD drivetrains give constant torque to the tires for increased traction.

These improvements mean that what were once staple features of 4WD or AWD can now be both. This can make distinguishing differences difficult, but serious off-road enthusiasts still swear by 4WD for off-roading.

In normal day-to-day road errands, you should find both adequate for any weather.

How Do I Put My Mercedes Sprinter In 4WD?

When you are driving a Mercedes Sprinter, there are some steps to turn on 4WD properly. If you just press the 4WD button when parked or while driving, nothing will happen.

First, make sure you are on as level as ground as possible. The 4WD will have an easier time engaging if you are on level ground. Then you need to come to a complete stop.

After coming to a complete stop, let off of the brake and allow the vehicle to roll forwards but not faster than 6mph. While rolling forward, press the 4WD button.

The button has an indicator light that will begin to flash. While the light is flashing, switch the vehicle to neutral. As the vehicle rolls into neutral it will switch into 4WD.

You will know this happens once the light stops flashing and stays illuminated. You are then free to switch back into drive. Your vehicle will now be in 4WD.

To deactivate 4WD, you simply do the above steps, but instead, the light will turn off. Outside Van has a great Youtube video on how to turn on and off 4WD on a Mercedes Sprinter:

Which Year Mercedes Sprinter Is The Best?

When it comes to the topic of the best Mercedes Sprinter, a few factors will need to be looked at. Deciding which is best will be opinion but, some things can be evaluated across models, like price, features, and lifespan.

Mercedes first introduced the Sprinter in 1995. However, the Mercedes Sprinter wasn't sold in America until 2001. This is when Americans first started to get their hands on one.

The Mercedes Sprinter was sold under the Dodge nameplate until 2010. If you get your hands on a model in America from before then, it will say "Dodge."

The 2004-2006 models are now quite inexpensive while being great all-around vans. This study shows that people who owned a Sprinter from 2004-2010 preferred the 2006 model.

The price of these models is a key point in arguing them to be the best, but they are also reliable.

The 2010 Mercedes Sprinter is the first year that the vehicle was badged as Mercedes. This can make models from 2010 to the current year more desirable because of the brand's reputation.

It also has class-leading cargo space and a wide variety of configurations. The price range is between $5,478 and $31,074, which is great for the value versatility of the vehicle.

The 2012 model not only receives praise for having great driver handling and interior capacity, but it also has a long lifespan.

It is not uncommon to see the 2012 Sprinter ticking well past 300,000 miles. The 2012 model also has lots of available features that can make owning one feel like a luxury.

Mercedes Sprinters from 2019 to the present day are going to cost a lot more. They can be between $30,000 and $50,000. However, they come loaded with luxury features and improved safety measures.

If you get a new model, it is also likely that it will have fewer miles driven on it. Despite the price tag, these can be fantastic vehicles for hauling lots of cargo, people, or even going off-road.

What Year Sprinter is Best?

There is quite a lot of variety that Mercedes Sprinters offer, which can make choosing difficult. If you are looking for a cheaper vehicle to carry lots of cargo and people, then the 2006 model would probably be the way to go.

However, if reliability in a vehicle is what you want, and you don't mind spending a bit more, the 2012 model would be a safe bet.

The current year model would be well worth the investment for someone who only wants the best safety features and would like to have a luxury van and doesn't mind spending the money to get it.

In the end, what you need and what you are willing to spend are going to determine what is the best Mercedes Sprinter for you.

How Many Miles Will A Mercedes Sprinter Last?

When it comes to the lifespan of the Mercedes Sprinter, the year of the van will have a large impact. If you are driving a model from 1995-2010, you can expect the van to reach at least 200,000 miles.

You may need to start to make your first major repairs around 150,000 miles.

The newer Mercedes Sprinters can last 450,000 miles plus when well-maintained.

Before we continue, loadspace is the cargo space that is useable for carrying things, and payload is how much the vehicle can tow. 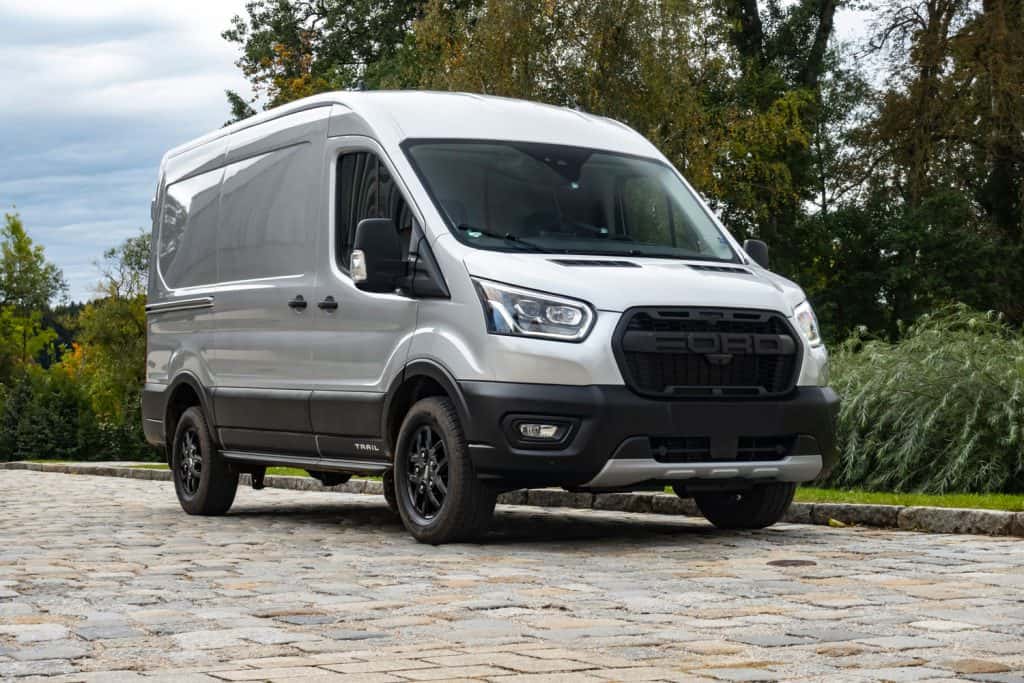 It is dependable and has been sold in huge numbers making finding a used one fairly easy. 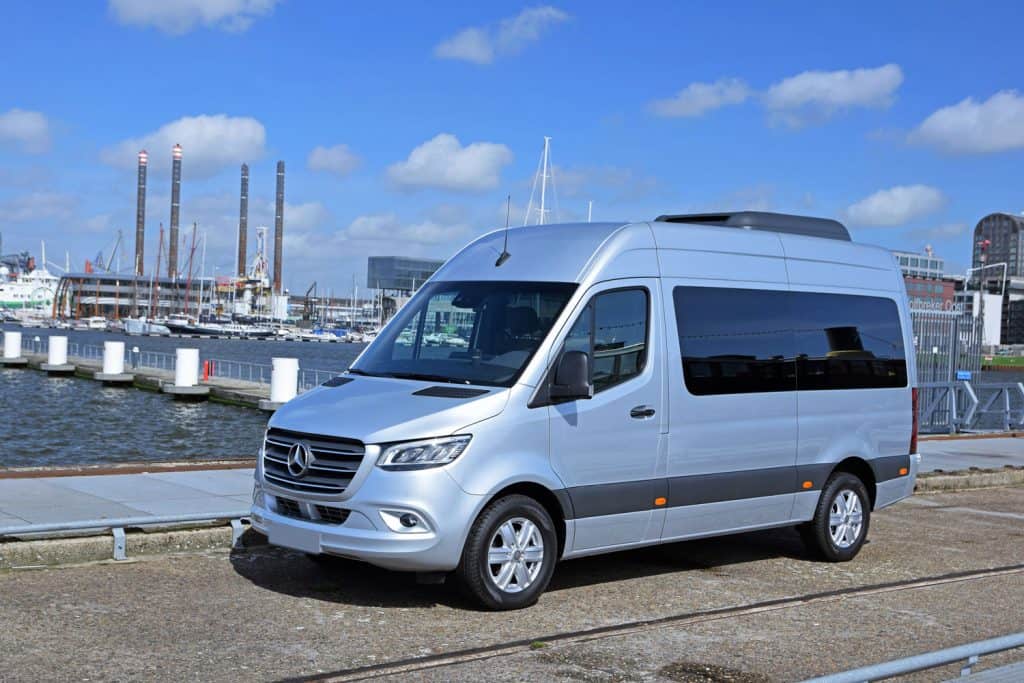 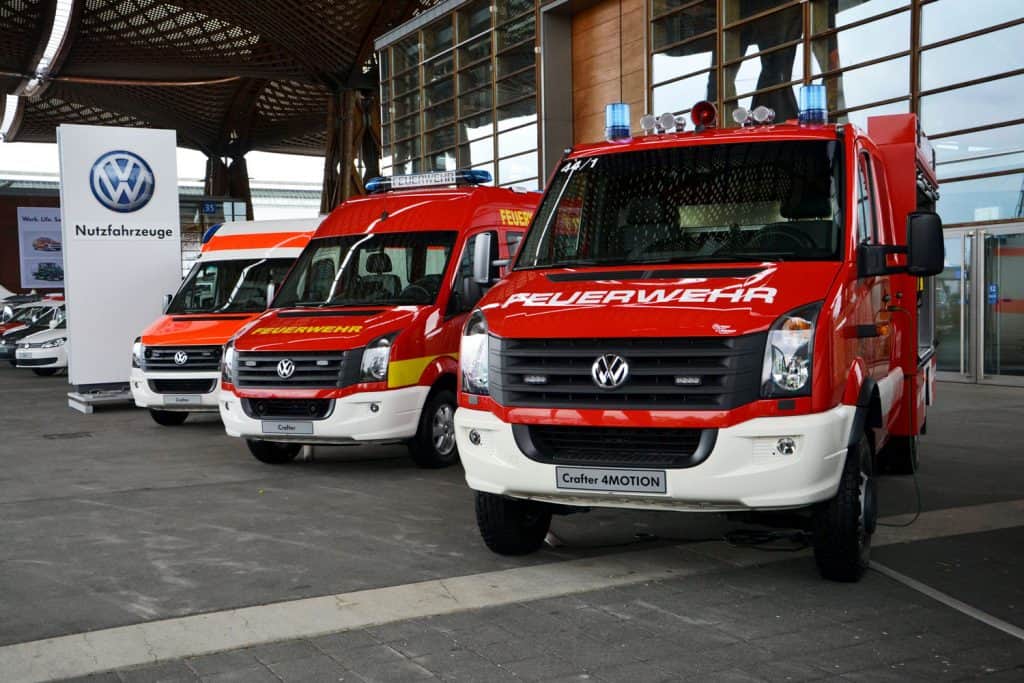 The Volkswagen Transporter can be purchased for $26,100.

It has a loadspace of 328 cubic feet and a payload of 2,927 lbs. This van comes with Volkswagen's 4Motion 4WD system, the most complex and complete system that a can has to offer.

The Verdict On The Best 4x4 Van

While all the vans having something unique to offer, the Mercedes Sprinter has the best price, loadspace, and payload.

While the Volkswagen Transporter is on top of some people's list for its superior 4WD system, we would have to say that overall the Mercedes Sprinter is the best 4x4 van on the market today.

If you enjoyed this article, check out the links below to explore other posts on this blog.