Do you need to know if the Mini Clubman is a 4x4? This can be important if you need to drive on roads with adverse conditions, like snow or heavy rain. Would you also like to know if that makes it an SUV? We have researched this topic and have the answers for you.

In this article, we will learn if the Mini Clubman is a 4x4 and if that makes it an SUV. We will also learn the difference between the Mini Clubman and the Mini Countryman and other interesting related questions. Keep reading to learn more. 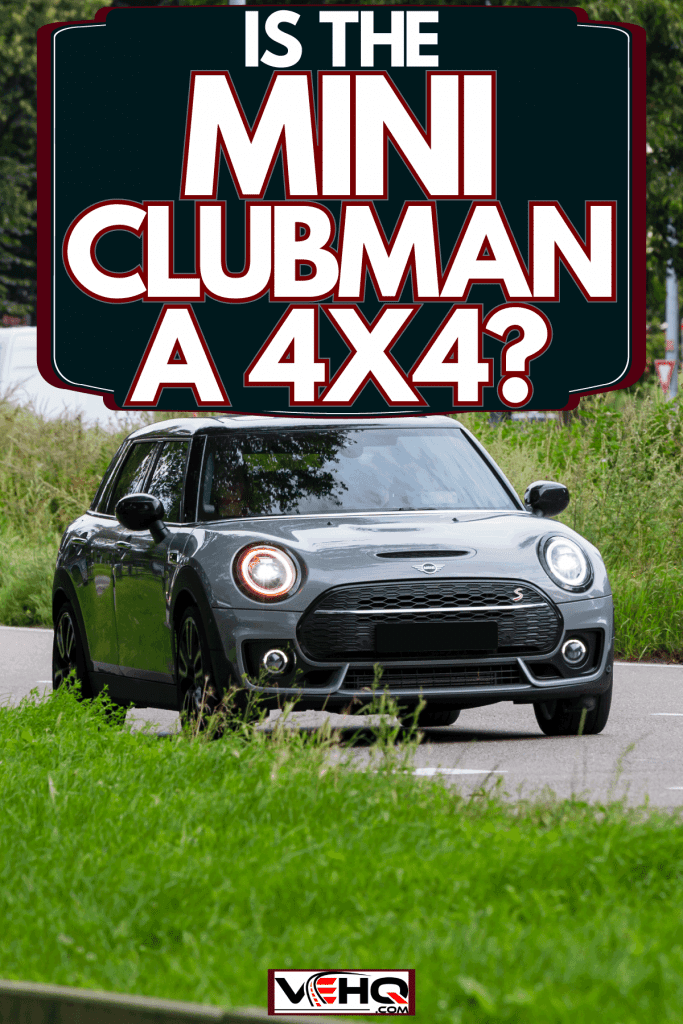 The Mini Clubman comes with the option for a 4x4 system called ALL4. This is a system that allows the computer to adjust the torque to each tire as needed. This makes the ALL4 models of the Mini Clubman a 4x4.

This means that the Mini Clubman is capable of handling snow or ice on the road. It may even be able to handle certain off-road conditions. With the 4x4 option, many parts of the world open up to you and your vehicle.

Does That Make It An SUV?

That slight difference seems to be enough to qualify it as an SUV but keep the Mini Clubman as a station wagon.

Next, we will discuss if the Mini Clubman comes in front-wheel drive. 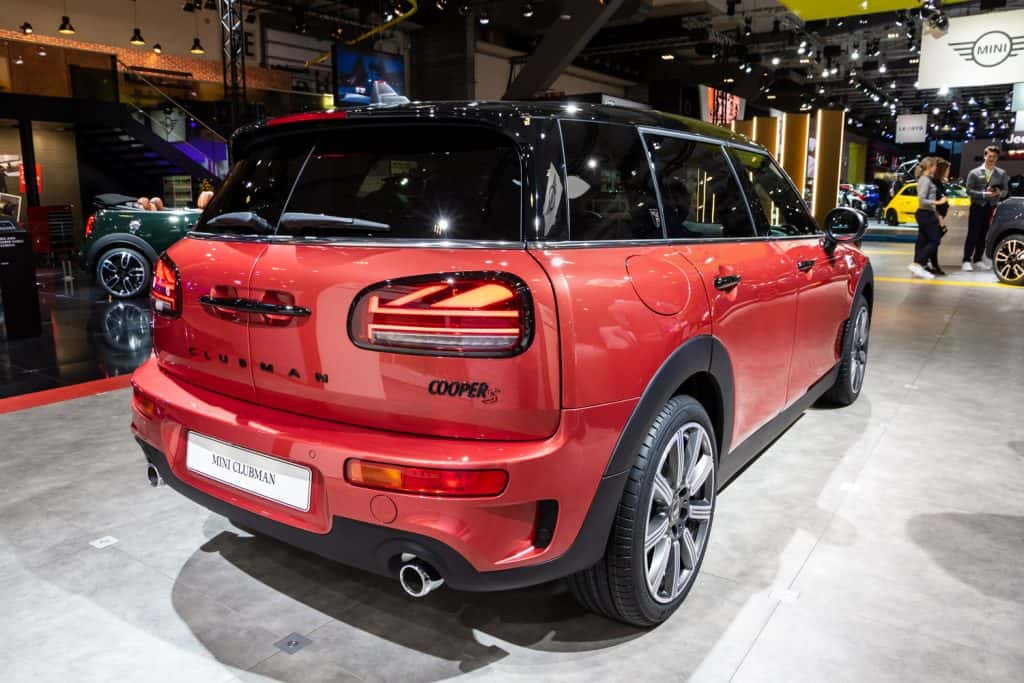 The Mini Cooper Clubman comes with two unique drivetrain options, front-wheel drive and ALL4. ALL4 is their 4x4 all-wheel-drive system. The one we want to focus on is the front-wheel-drive option.

With the front-wheel-drive option, you can get a Mini Clubman that comes in front-wheel drive. This may be more advantageous if you live in a city where you don't need many off-road capabilities but need the best mileage possible.

Front-wheel drive saves gas by using less drive train to transfer power from the engine to the wheels. This may make it the go-to option for the businessman in a hurry or the mom who has to take her kids to soccer practice in an hour. Anyone who needs to save gas could find benefit from a front-wheel-drive Mini Clubman.

What's The Difference Between Clubman And Countryman?

It is time to like into the difference between the Mini Clubman and the Mini Countryman. These vehicles have many more things in common than things that they don't have in common. This is because these vehicles were designed to be variations of a similar design. If you like one of these vehicles, odds are you will enjoy the other one as well.

Since there are fewer differences, we will cover those first.

There are more similarities between the Mini Clubman and the Mini Countryman than differences. They both are Mini Coopers that emphasize how smaller can be better, while both are remaining large vehicles capable of fitting lots of cargo.

These are the largest vehicles that Mini Cooper makes. While slightly different, they both were created from the same central design. Mini Cooper wanted to step out of their comfort zone when they made these cars. They have back seats and large cargo bays, with lots of legroom all around. These are both excellent vehicles for long car trips.

When Did They Stop Making MINI Clubman? 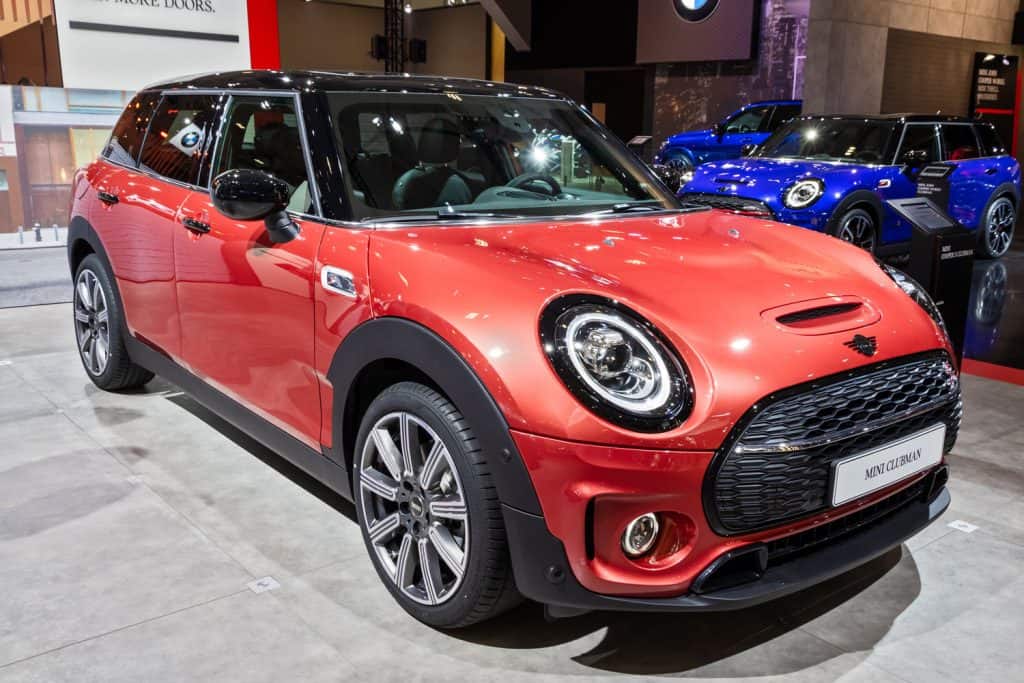 Many people want to know when they stopped making Mini Clubman cars. They only ask this question because of a common misconception. Mini Cooper has not stopped the production of the Mini Clubman. There is something that has changed about the production that may have caused this rumor.

A few years ago, Mini Cooper found that some of their cars weren't selling and some of their other models. To improve profits, they decided to trim their car selection to only their most profitable models. This has led to a decline in specific models available on the market. This has mainly affected the diesel vehicle selection available at Mini Cooper.

So Mini Cooper hasn't stopped the production of the Mini Clubman. The only thing they have done is change the product selection available and cut specific diesel options. The Mini Clubman is still available if you decide you would like one.

Auto Evolution's website has a shortlist of Mini Clubmans that shows that it is still in production.

How Reliable Is MINI Clubman?

Now let's talk about how reliable the Mini Clubman is. In one study of which brands had the most reliable cars, Mini Cooper scored 7th out of 32 positions. This is pretty good but leaves some room for improvement. This also pretty much sums up the reliability of the Mini Clubman.

The Mini Clubman is known for being reasonably reliable. It isn't, however, the most reliable vehicle on the road, especially for the price. With the Mini Clubman being such an expensive vehicle, many people complain that they felt that the Mini Clubman should have been more reliable.

You can expect to visit the mechanic for a minor or major repair about once every 50,000-75,000miles. While this is a decent distance for not needing a repair, other vehicles in the same class cost less than the Mini Clubman and challenge these distances.

This is likely why to stay competitive, Mini Cooper removed some of their models. The ones they kept were their top-of-the-line models. This has led people to believe that this move improves the image of the brand of Mini Cooper itself. We will know in the next few years whether or not their plan has seceded.

The History Of The Mini Clubman Truck

Between 1961 and 1983, Mini Cooper decided to make a truck that would be remembered for being unique and fun to drive for decades to come. This truck is known as the Mini Clubman Truck. This truck has all of the little features you have come to expect and love from a Mini Cooper while also having a truck bed.

While they decided to discontinue this truck in 1983, it has not stopped inspiring people to this day. Currently, many people are selling their own custom-built Mini Clubman Truck that they made from a Mini Clubman.

If you can find one of these adequately built, it could be worth your while. These custom trucks, when properly constructed, can sell for many thousands of dollars. The old original Mini Clubman Trucks are also major collectibles and so sell for a lot of money.

While the Mini Clubman Truck was undoubtedly unique, Mini Cooper is no stranger to exciting vehicle designs. Like the Mini Moke, which was a Mini Jeep. It was designed to be for the army but, its low ground clearance made it a poor off-road vehicle.

Then there is the Mini Traveler. It was a family station wagon made in the '60s. Its strange look comes from the fact that it was made to be a cheap vehicle for families, so it is made from cheap materials. This caused the cabin to be thin. These lightweight materials did help to increase its gas mileage which is one nice perk to this vehicle. 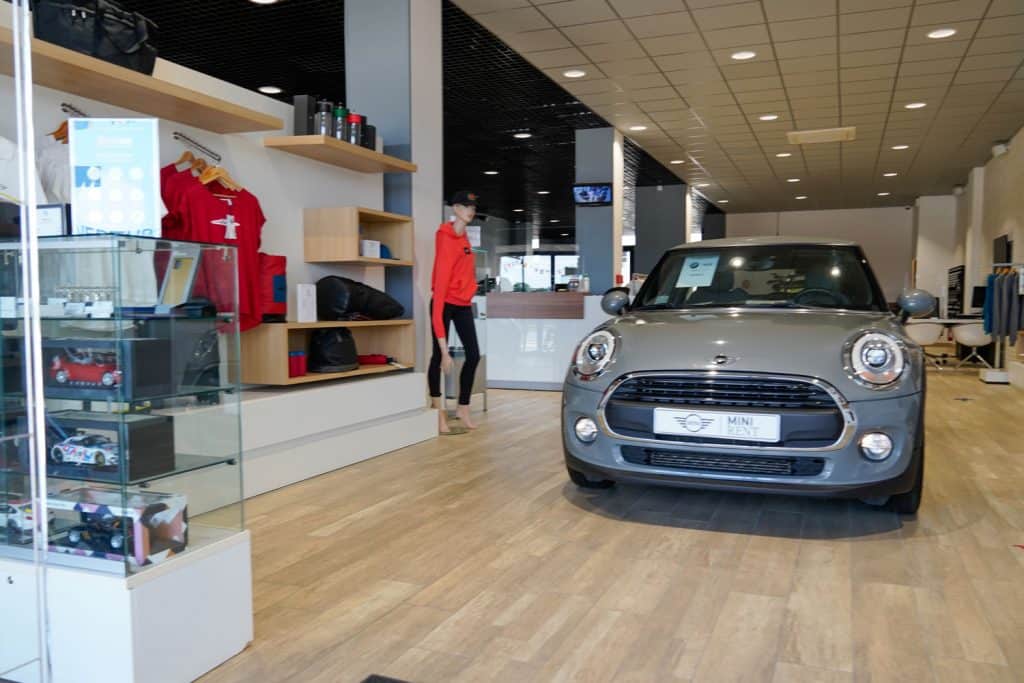 We also learned some other interesting facts about Mini Coopers, like how they haven't stopped making the Mini Clubman. They have only have adjusted their production. And how Mini Cooper has created several different vehicle models over the years, including a truck and a jeep.