With so many hybrids and fully electric vehicles on the market today, it can be a bit overwhelming to keep track of what model vehicle is equipped with what type of engine. If you are wondering if the Tesla Model 3 is a hybrid, we can answer that for you. We researched this vehicle in depth so that you'll know for sure what kind of power is needed to make it hum.

The Tesla Model 3 is not a hybrid vehicle. It is a fully electric car that requires regular charging to operate. Some Model 3 owners have converted their Teslas to hybrids, but these engines are not made or installed by Tesla.

Now that we know that the Tesla Model 3 is fully electric, we'll take a look at what some owners are saying about the hybrid modifications that they've made on this model. You might also be wondering how many miles a Tesla can run on a full battery or what happens when a Tesla runs out of battery power. For the answers to these questions and more, read ahead in this post to see what our research has shown us. 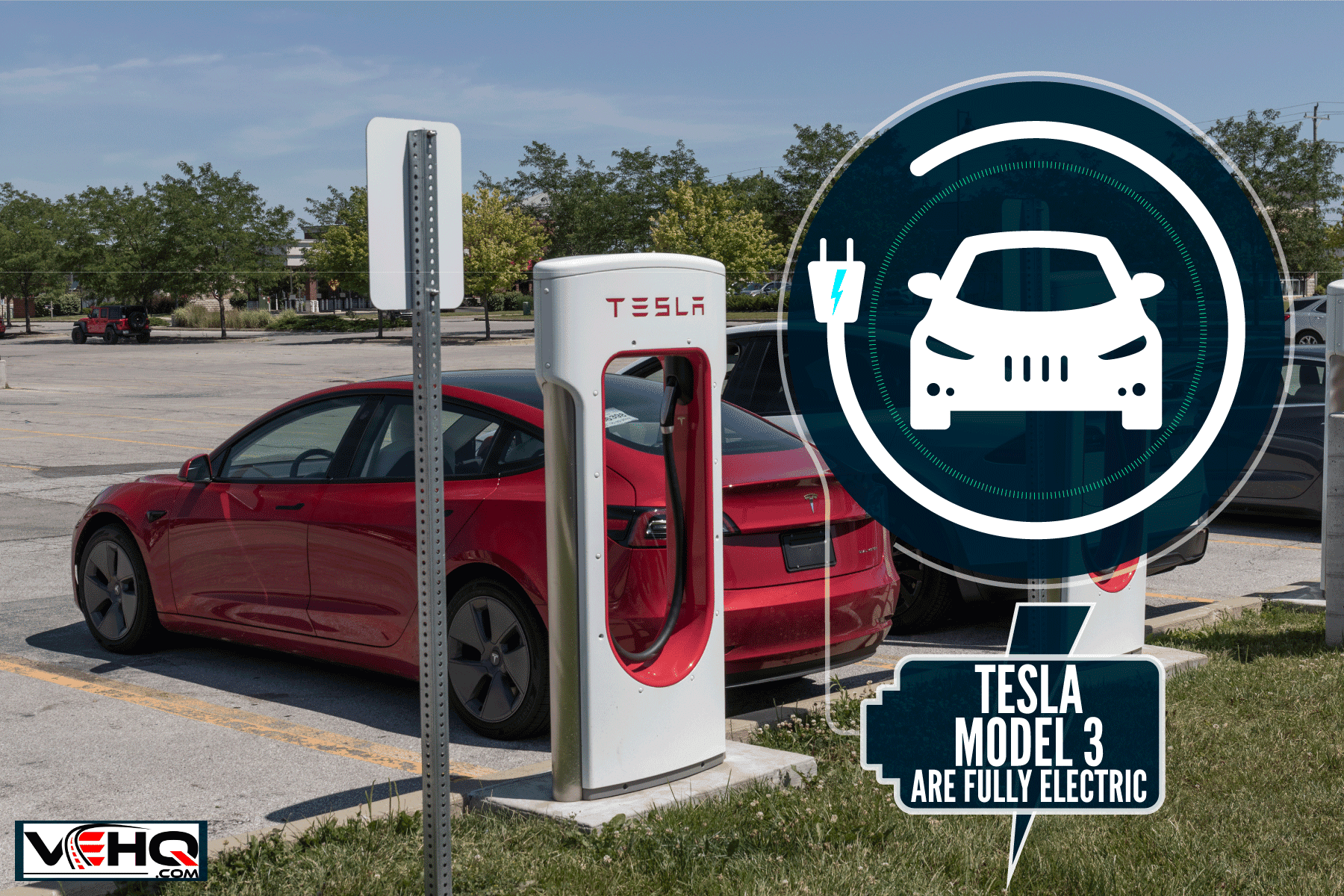 What Modifying Your Tesla Model 3 To A Hybrid Means

When an Austrian-based company made headlines in 2021 with a patented hybrid conversion process for Tesla, it raised some eyebrows. They swapped out the factory battery for a set of smaller ones and outfitted the vehicle with a 1-iter, 2-cylinder engine. They hope to sell this technology to other automakers. But they are not the only ones to tamper with the all-electric car.

One such owner used a VW engine in this same fashion. It was capable of more than 700 horsepower when completed. There are scores of others who have made similar moves with this model vehicle.

But this sort of conversion has some caveats you should be aware of. Let's take a look at the more serious ones worth considering:

It's possible that converting your Tesla to a hybrid could void its generous warranty. These vehicles were built as fully electric, and this conversion could very likely do damage to some of the components.

There is a great chance that if any of the original parts are damaged that they will not be covered by the factory warranty.

The Tesla is built with a limited amount of storage space, to begin with. To convert it to a hybrid, you'll have to use whatever available space is left for the new engine. The most logical space is in the frunk.

Depending on how you convert your Tesla, the additional equipment might invade the rear seating.

How Many Miles Can A Tesla Run On A Full Battery?

You probably have a good idea of how far your gasoline-powered vehicle can run on a full tank. It's probably a good idea to know how far you can drive any vehicle before you need to give it more of what makes it go. When it comes to a Tesla, their range between charges might surprise you.

Depending on what model Tesla you are driving, you can expect at least 267 miles on a single charge. Some Tesla batteries will allow for a longer range, however. The largest ones will take you upwards of 350 miles before they need to get more juice.

How you drive the Tesla will be a factor in that range. Aggressive driving will always drain your battery faster. So, ease up on that accelerator! 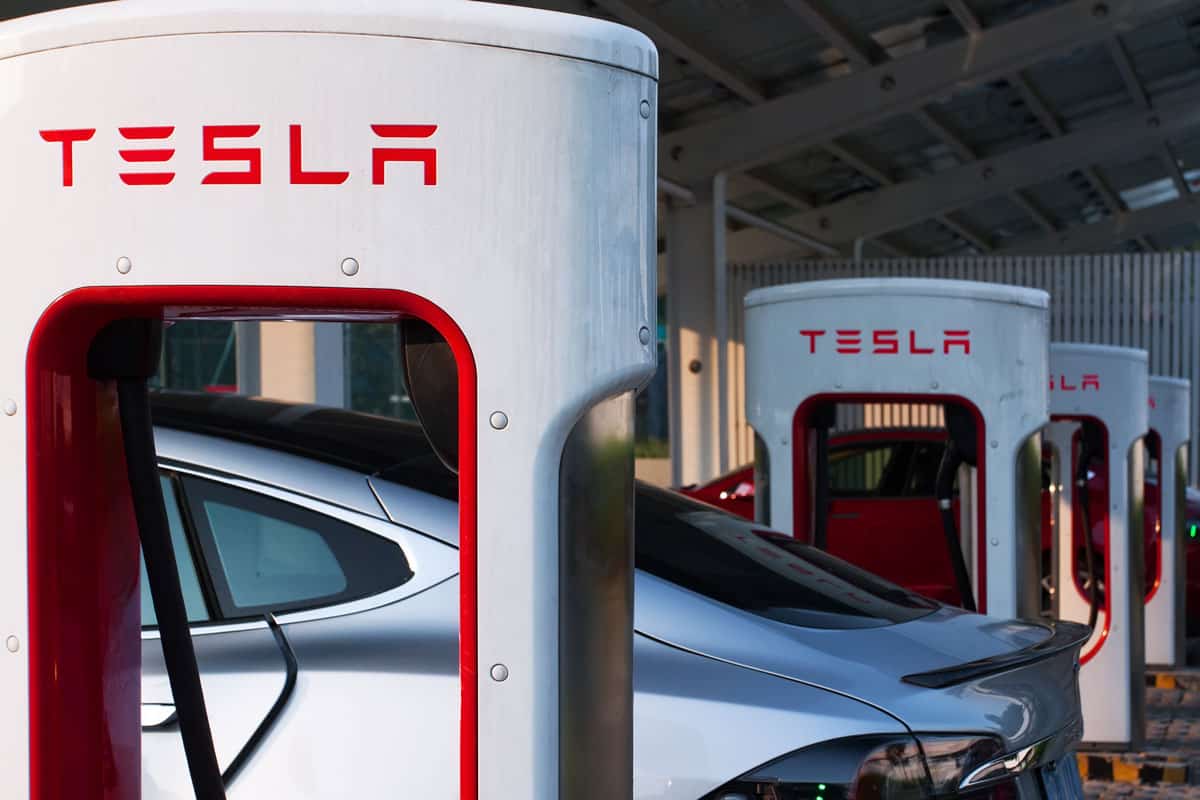 How Much Does It Cost To Charge A Tesla?

Charging a Tesla might cost less than you think. On average, it will cost less than $14 to fully charge one of these vehicles. Considering the range they can be driven on a full charge, this makes the cost per mile an average of 4.56 cents. This is much less than a gasoline-powered vehicle, which averages 16.66 cents per mile.

Keep in mind that the exact cost for a Tesla charge will vary based on several factors. The time of year will make a difference. Many electric companies will charge different rates at different times of the year. Where you are charging will also be a factor, as the price per kilowatt hour will be different by region.

The model Tesla you are charging will also impact the actual cost of the charge. The overall range of the Tesla battery you have is specific to the model you drive. The longer the battery's range, the more it will cost to get a full charge. 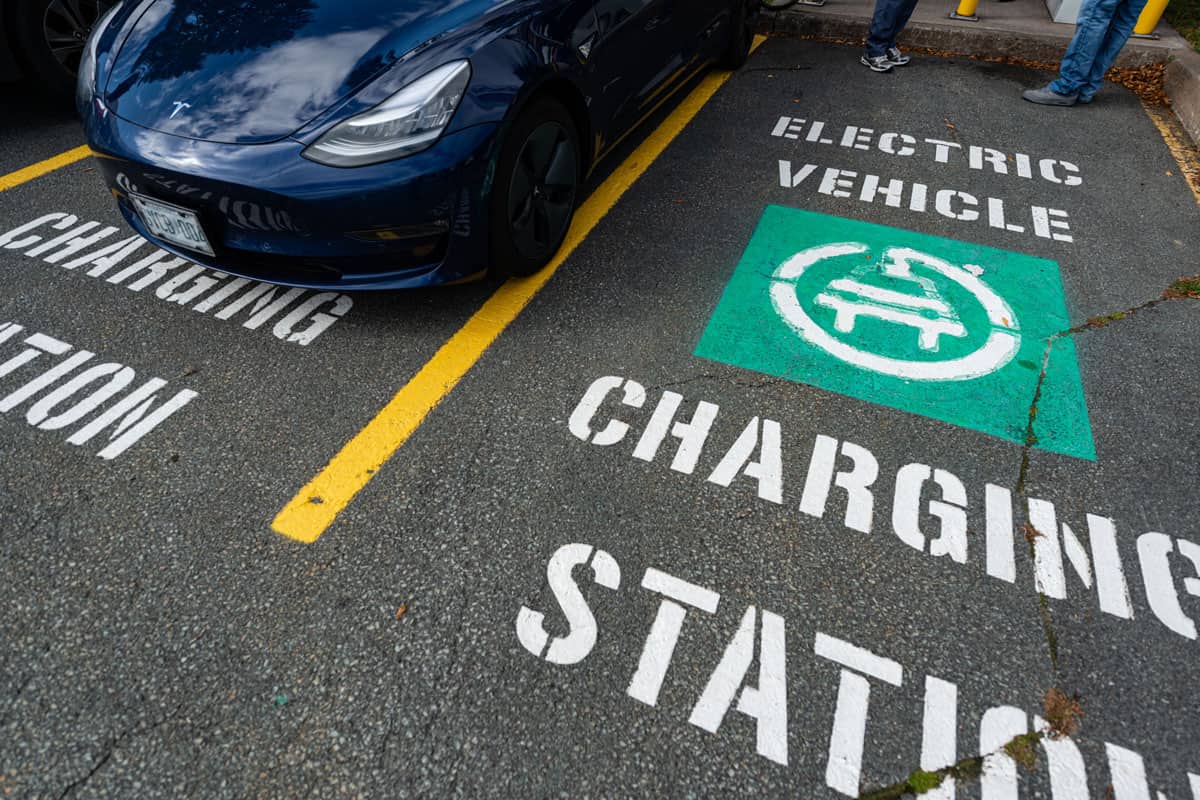 What Happens When A Tesla Runs Out Of Charge?

Electric vehicles run off a battery that needs enough charge to keep it in motion. If you neglect to keep the battery charged, you could find yourself stranded. It's no different than failing to keep gasoline in a traditional vehicle.

The Tesla will slow to 15 miles per hour when the battery is nearly drained. It will continue to allow you to drive for another 10 to 20 miles before it dies completely. Just before it shuts off, it puts itself in parking mode.

When you drive a Tesla, you'll have plenty of notice before the battery charge is getting low. This will give you plenty of time to plan your charge. 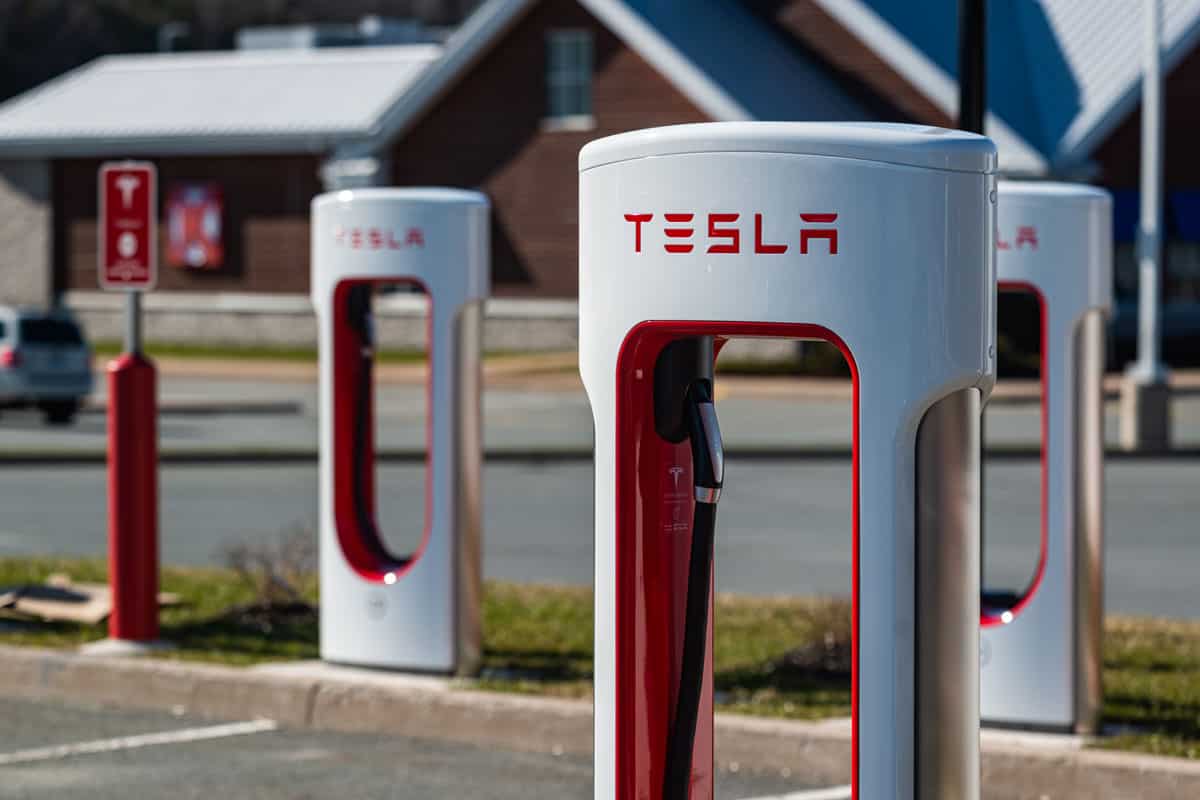 Does A Tesla Ever Need An Oil Change?

Tesla is a fully electric vehicle and does not have an internal combustion engine. Therefore, a Tesla will not need a motor oil change. The only exception to this would be if you have converted the Tesla to be a hybrid as we discussed earlier in this post.

Oil changes aren't the only routine maintenance item that a Tesla won't have to undergo. A Tesla doesn't use spark plugs or fuel filters, and it doesn't require any emissions checks. The maintenance schedule for this type of vehicle is very different from ones that have internal combustion engines.

A Tesla won't need any quarterly or annual maintenance other than routine tire rotations. The air filters are recommended to be checked/changed every two years. And the manufacturer also recommends having the brake calipers cleaned and lubed every 12 months.

How Much Does A New Tesla Battery Cost?

If you've ever had to replace the battery of a typical vehicle with a gasoline or diesel engine, you've forked over up to $200 for this vital part. Thankfully, these batteries last up to five years, so they won't need to be replaced often.

The batteries for a fully electric Tesla vehicle cost quite a bit more. The average cost of a Tesla battery is around $13,000. That's a big jump from the price of the batteries you're used to replacing!

Thankfully, a Tesla battery will last between 22 and 37 years depending on the model Tesla you have. Tesla also backs their batteries with a warranty that covers them for 8 years/150,000 miles. This is much longer than the warranty automakers have for the engines on gasoline-powered vehicles. 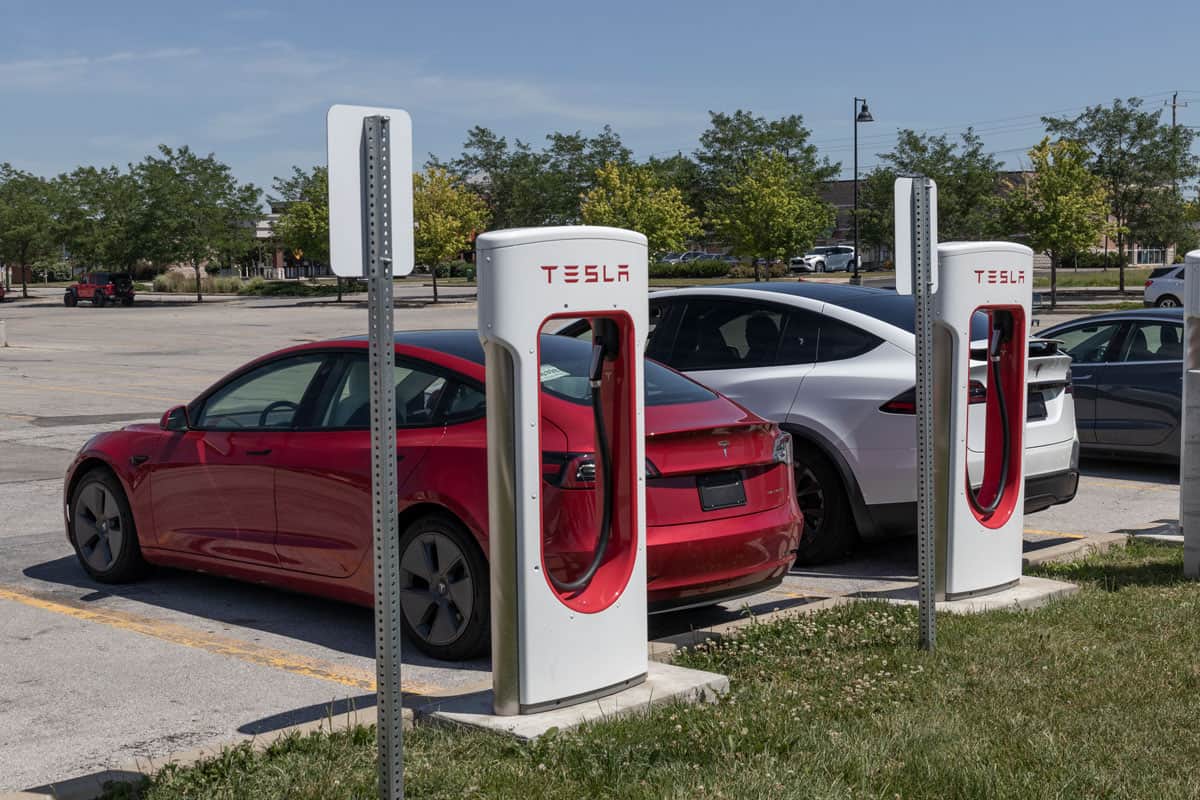 The Tesla Model 3 is a fully electric vehicle. Some owners have converted their Teslas to hybrids, but this is not a practice that is endorsed by or performed by the manufacturer.

These vehicles have a maintenance schedule with fewer items on them when compared to gasoline-powered vehicles. Keep that in mind if you're tempted to convert yours to a hybrid. Drive safe!

We hope this post on the Tesla Model 3 answered all of your questions. For additional information, we recommend reading the following posts on this popular vehicle:

How Much Does the Cheapest Tesla Cost?