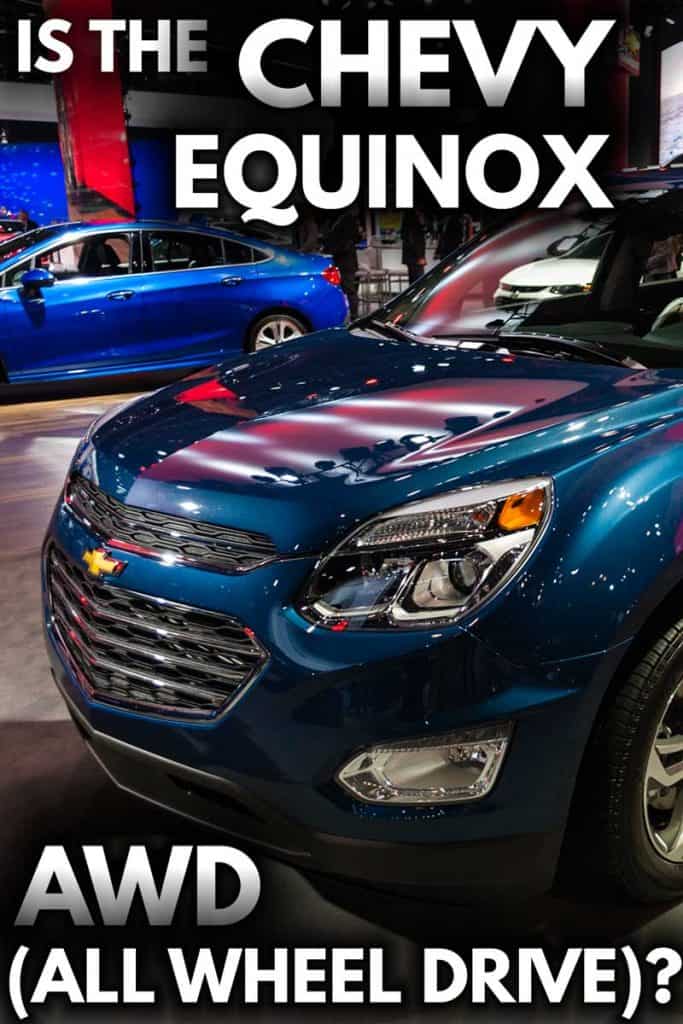 Looking for your next crossover vehicle? As you compare viable options, you might be wondering if the Chevy Equinox has an all-wheel drive. We took a closer look at Chevy’s 2020 Equinox and 2019 Equinox to understand this crossover’s unique AWD feature.

The Chevy Equinox comes standard as a front-wheel-drive (FWD) crossover vehicle. For the 2021 Chevrolet Equinox, the AWD feature is available as an option for these trim levels –

AWD is not available for the most basic L trim level. In other words, anything from Chevrolet Equinox LT and above can come in either an AWD or FWD version.

Now that the Chevy Equinox has caught your attention as an AWD crossover, just wait! Keep reading to see how Chevy’s unique ‘part-time’ all-wheel-drive system can benefit your driving patterns.

And, if you are still wavering between AWD versus 4WD crossover features, the Chevy Equinox’s L4 gear mode might entice you. It keeps this crossover moving steadily during precarious road conditions.

Chevy’s AWD system is a “part-time” system. Part-time means that the driver chooses to engage the AWD feature. The Chevy Equinox is a front-wheel driven crossover, designed to primarily send power to the front axle.

As road conditions change for all-wheel-drive equipped models, the driver can engage the AWD feature for better traction and responsive handling. Once engaged, the all-wheel-drive feature will function on demand to adjust traction control by transferring power to the wheels that slip. All-wheel drive is particularly useful during slippery, muddy, or rough road conditions or during seasonal, wet weather.

What Is an Automatic AWD System?

Most cars and crossovers that are equipped with AWD use an automatic system. Automatic all-wheel drive is engaged all the time. An automated all-wheel-drive system uses digital sensors on the vehicle’s wheels to monitor traction. When sensors detect a loss of traction, the system automatically transfers power to the wheels that slip.

Does Equinox Come in 4-Wheel Drive?

The Chevy Equinox is equipped with L4 and L2 driving modes. The L4 model refers to ‘low-speed 4-wheel drive.’ The L2 style refers to ‘low-speed 2-wheel drive.’ These driving modes would not be used under normal driving conditions, but as surface conditions change, L4 or L2 can be engaged to improve traction. These low-speed gears transfer more power to either all four or front wheels. On slippery, muddy, or rough road surfaces, the L4 and L2 driving modes can be useful or during towing on steep inclines.

If using the low-speed 4-wheel drive on an all-wheel-drive equipped Equinox, it is essential to understand that L4 will disengage the AWD feature. The L4 gear will drive all four wheels. Once L4 is disconnected, either the AWD will resume if engaged, or FWD will resume. Low-speed gears are intended for use at prolonged slow speeds during wet or slippery surface conditions.

How Do You Turn On All-Wheel-Drive In A Chevy Equinox?

To engage the all-wheel-drive feature, simply press the ‘AWD’ button located near the shifter. Once engaged, a notification light will appear on the driver’s information display to let you know AWD is in action.

Do You Need AWD in the Snow?

Using all-wheel drive in the snow is really a question of personal preference and driving experience. A front-wheel-drive vehicle actually performs well in the snow; however, AWD will provide additional traction.

Most importantly, remember to stay alert while driving in snow. Slow your vehicle’s speed and increase the distance between other vehicles. All-wheel drive will not prevent your vehicle from slipping in icy conditions. Driving with caution can help to avoid an unexpected slide and keep your vehicle under control.

What Is the Towing Capacity of an AWD Chevy Equinox?

What Other Crossovers Offer the ‘Part-Time’ Awd Feature?

The Equinox offers standard drivetrain capabilities compared to other small SUVs. Most crossovers offer an optional all-wheel-drive feature yet, not all are designed as part-time systems. Only a few crossovers have all-wheel-drive systems similar to that of Chevy’s Equinox. These AWD systems require the driver to intervene to select performance calibration.

The Hyundai Tucson offers an optional AWD ‘lock’ feature. During normal driving conditions, the Tucson’s AWD works as an automatic system. The AWD lock feature is intended for use at slow driving speeds, during off-road, muddy, or slippery conditions. Similar to the Equinox’s L4 gear mode, the driver gains control at the touch of a button. By engaging the AWD lock feature, the driver can lock all four wheels into AWD mode. All four wheels will receive power until the lock mode is unlocked by pressing the button again.

As you can see, the AWD feature available on the Chevy Equinox can be quite handy in terms of safe maneuvering. It can also be cost-effective in terms of Equinox’s fuel efficiency. Discussing AWD among crossovers raises several topics regarding vehicle performance and driver control. Check out VEHQ’s additional resources to keep learning about the Chevy Equinox and all-wheel drive features among other crossovers.

While many people look for brand new Chevy’s (including the awesome 2020 Chevy Bolt!), the MSRP (Manufacturer Suggested Retail Price) on a new vehicle may be a problem. Buying a new car is always more expensive than buying used, both in the retail price and the added license dealer fees. There could even be a charge on transporting the new vehicle to your area (destination freight charge).

Buying a used Chevy Equinox can be a great way to enjoy a great car, without breaking the bank. But do these Chevy’s have AWD?

Learn more about the Chevy Equinox!

We hope this guide has given you all you need to know about the Chevy Equinox’s AWD vs FWD capabilities. Considering buying a Chevrolet Equinox now? Check out these articles too –

How Much Horsepower Does The Chevy Equinox Have?

How High Off The Ground Is The Buick Encore? 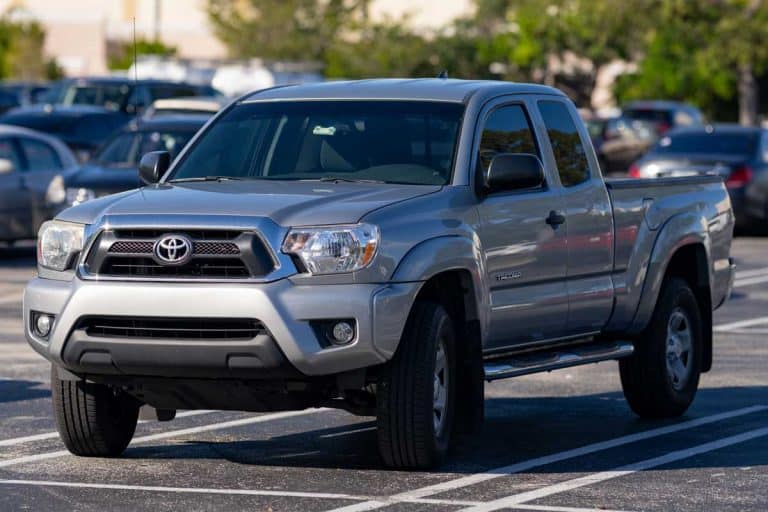 Why Is My Toyota Tacoma Overheating?

Honda Odyssey Not Recognizing Key – What To Do?

What Toy Haulers Have The Largest Garages?

Should You Cover Leather Car Seats?

Are Diesel Nozzles Bigger Than Gas?

Does The Buick Enclave Have Adaptive Cruise Control?