Chevy Tahoe is one of the full-size SUVs with adequate cargo space, legroom, and off-road capability. But you may be wondering if it has 4WD or AWD. Fortunately, we have done the legwork for you, and here is what we found.

The 4WD system is compatible with the standard 5.3L V8 engine. This engine produces a torque of 383 pound-feet and 355 horsepower.

Chevy Tahoe is an excellent choice for drivers looking for a 4WD SUV. Keep reading to get detailed information about this vehicle's four-wheel-drive system. 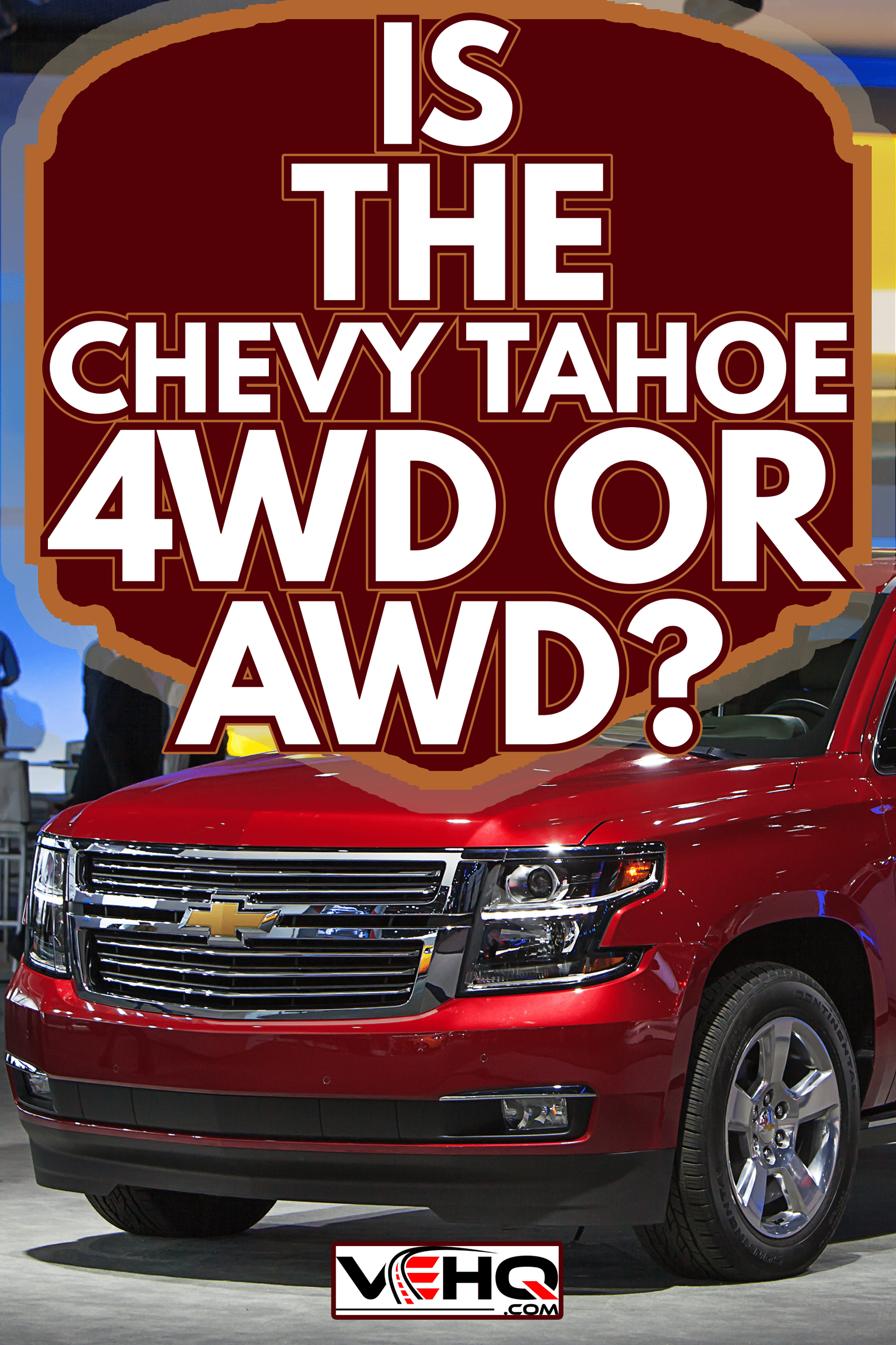 Is The Chevy Tahoe 4WD Or AWD?

The Chevy Tahoe was released in 1992, but it did not receive its current name until 1995. Despite this, it has retained both its appearance and its origins. However, over the course of its history, the SUV has evolved over the years with features that are more technologically advanced.

Chevy Tahoe features four-wheel drive(4WD), which is available as an option on all trim but is standard on the Z71. The Z71 is the only trim level that comes standard with a four-wheel drive (4WD), as it was developed to be used in off-road environments.

Additionally, to make the Z71 flat-towable, Tahoe equips this trim with a two-speed transfer case. The Z71 is the only trim level that can be flat-towed. The Z71 has additional features like all-terrain tires, hill descent control, a distinctive front fascia, and a front skid plate with tow hooks.

Once you have chosen the optional four-wheel drivetrain, the standard and available engines in the Chevy Tahoe are powerful enough to allow you to take the vehicle off-road if you want. A Chevy Tahoe that has four-wheel drive is capable of navigating rough terrain.

Some Chevy models come with AWD. Your vehicle's owner's manual will tell you if your vehicle is AWD or not. This is usually included in the list of features. 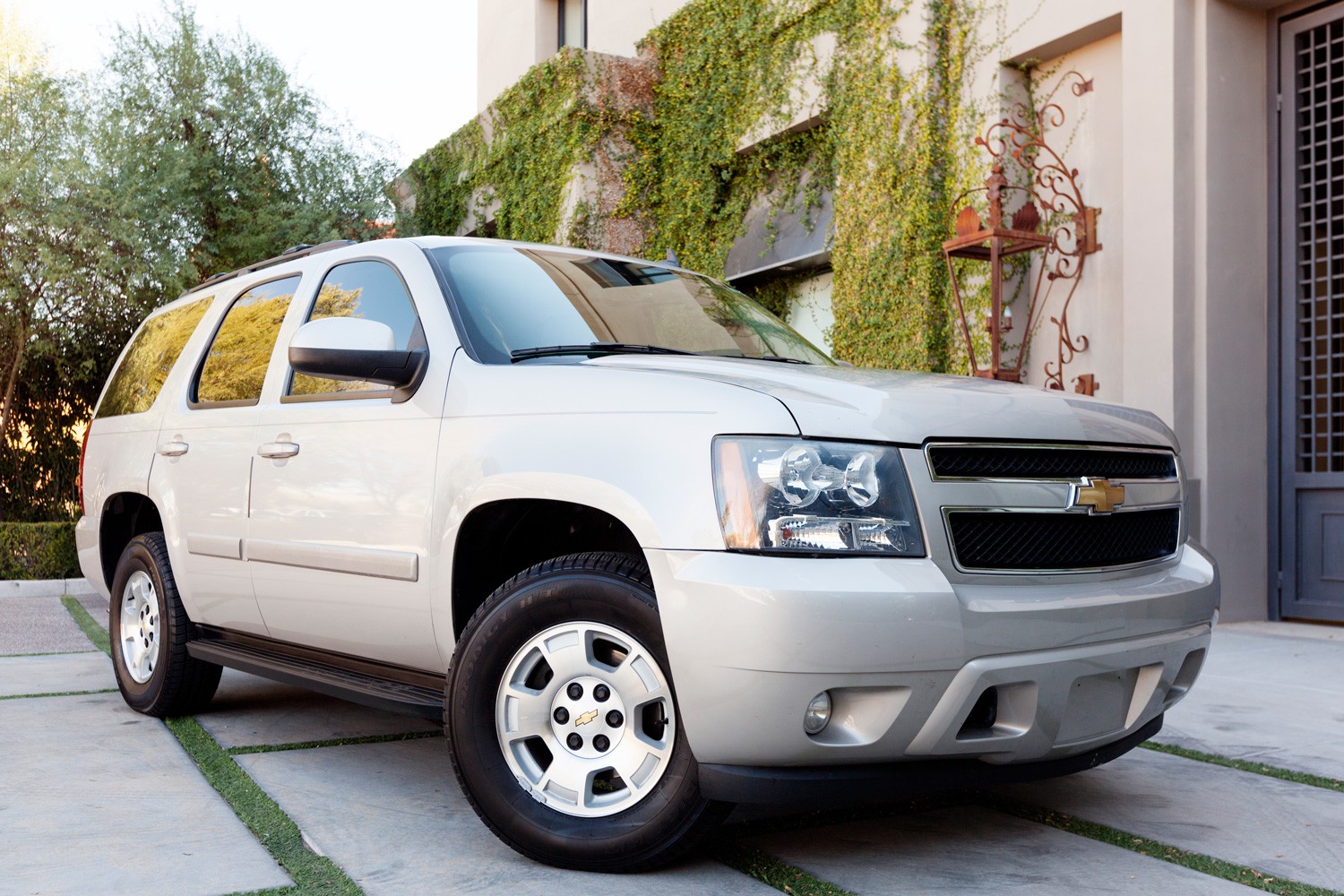 Is It Better To Have 4WD Or AWD?

All-wheel drive is primarily designed for on-road use. The increased traction that all-wheel drive provides on slippery roads is a boon to motorists who reside in areas prone to rain and snow.

A vehicle's major use whether it is for daily commuting or weekend adventure, the user's driving style, and the geographical area are all factors that can be used to evaluate which system is better.

The all-wheel-drive system (AWD) is standard on smaller crossovers. This is because they are not usually meant for off-roading or heavy hauling. 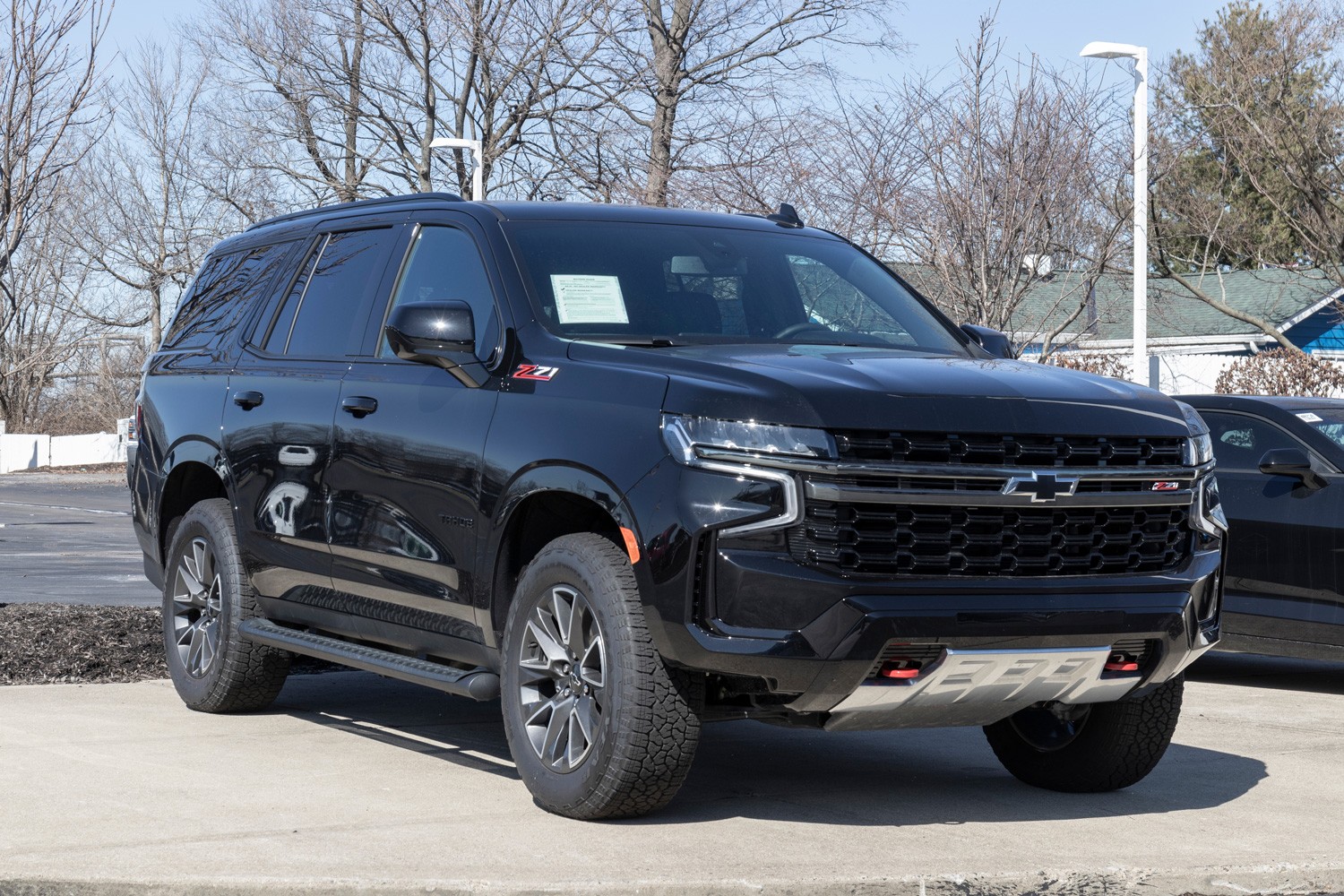 To switch to a 4WD mode, the shifter needs to be engaged. In new models, the shifter for the four-wheel drive is a simple dial that can be moved around easily. Here are step-by-step procedures to switch to 4WD mode:

When you need to navigate rough terrain, snow, or mud, you can switch the SUV to four-wheel drive (4WD). When you switch the Tahoe back to 2WD, it is ready to be driven on the road and will save you some fuel.

What are Common Problems with the Chevy Tahoe? 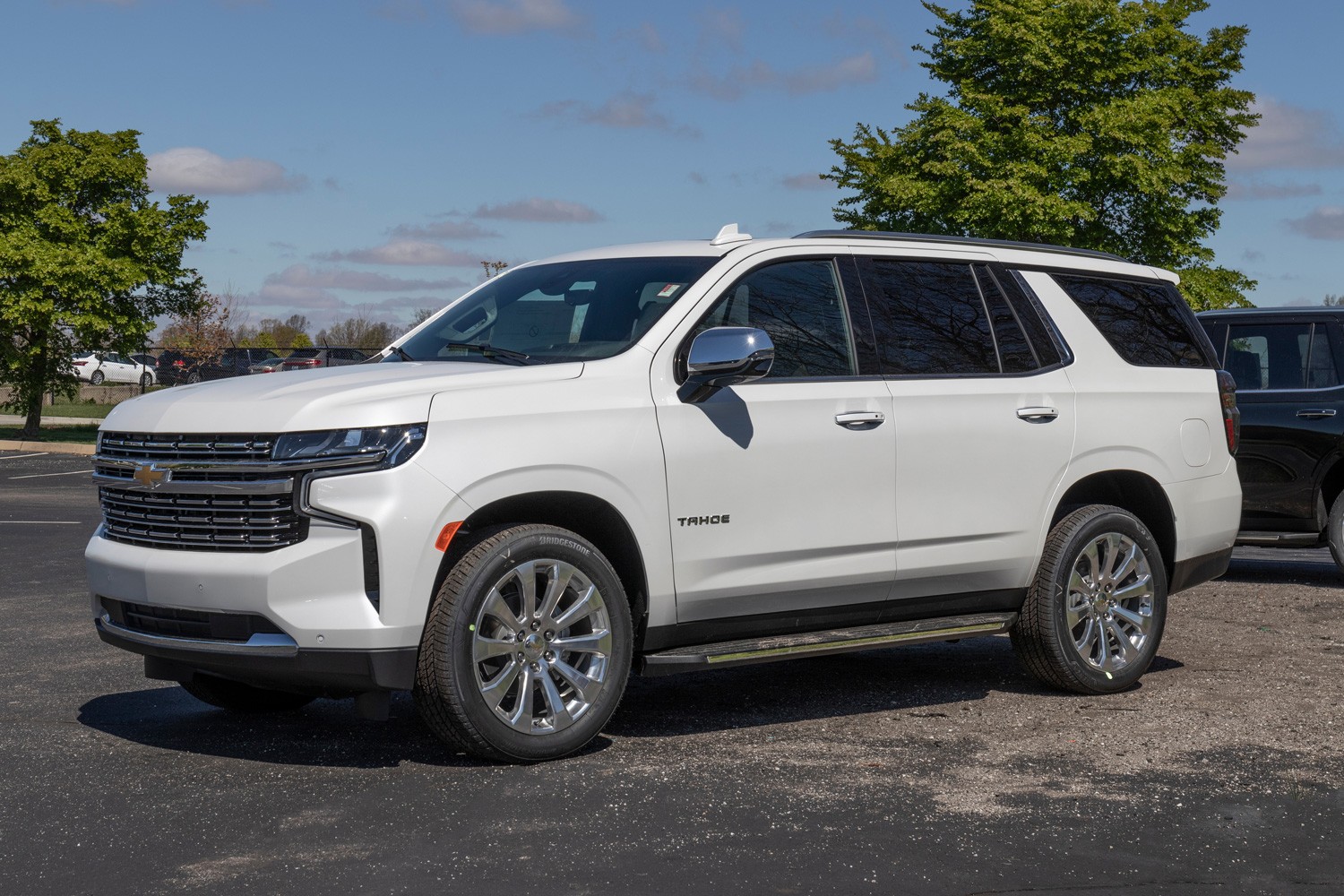 While the Chevy Tahoe is a great SUV, it's had its share of problems and customer complaints. Here are some of the most common problems Chevy Tahoe has had:

Nothing beats getting into a hot car and feeling the AC cool your skin. Some owners, however, had problems with the Tahoe's AC system.

Chevy Tahoe users have revealed that the vehicle's AC develops problems after some time. Condensers start to fail and may need replacement. Some 5.3-liter engine owners revealed the condenser fail after 50,000 miles.

Owners of the 2009 Chevrolet Tahoe and other GM vehicles have revealed that their vehicles always run low on motor oil after they have performed all of the recommended maintenance.

They discovered that the vehicle needed new oil often. To resolve the issue, drivers would need to replace the engine, which would require them to spend about $6,800.

Some Tahoe owners have reported that the coolant in their 2004 model usually depletes.

They revealed that the check engine light usually come on from time to time, informing them that the engine was overheating and should be shut down. Sometimes, they didn't notice anything was wrong until they checked the radiator's antifreeze level.

At first, there seemed to be nothing to get concerned about since some engines need more coolant from time to time. But there had been an issue with the Castech heads GM used on the Tahoe and other vehicles, which led to the problem.

Is Chevy Tahoe Good On Snow?

When it comes to movement in the snow, the Chevrolet Tahoe is an excellent choice. The Chevy Tahoe is an ideal SUV for snow driving because of its high ground clearance, all-wheel drive, and powerful engine.

When driving in snowy conditions, having a vehicle that is both heavy and equipped with a four-wheel drive will provide you with excellent traction and sufficient grip to get you where you need to go. 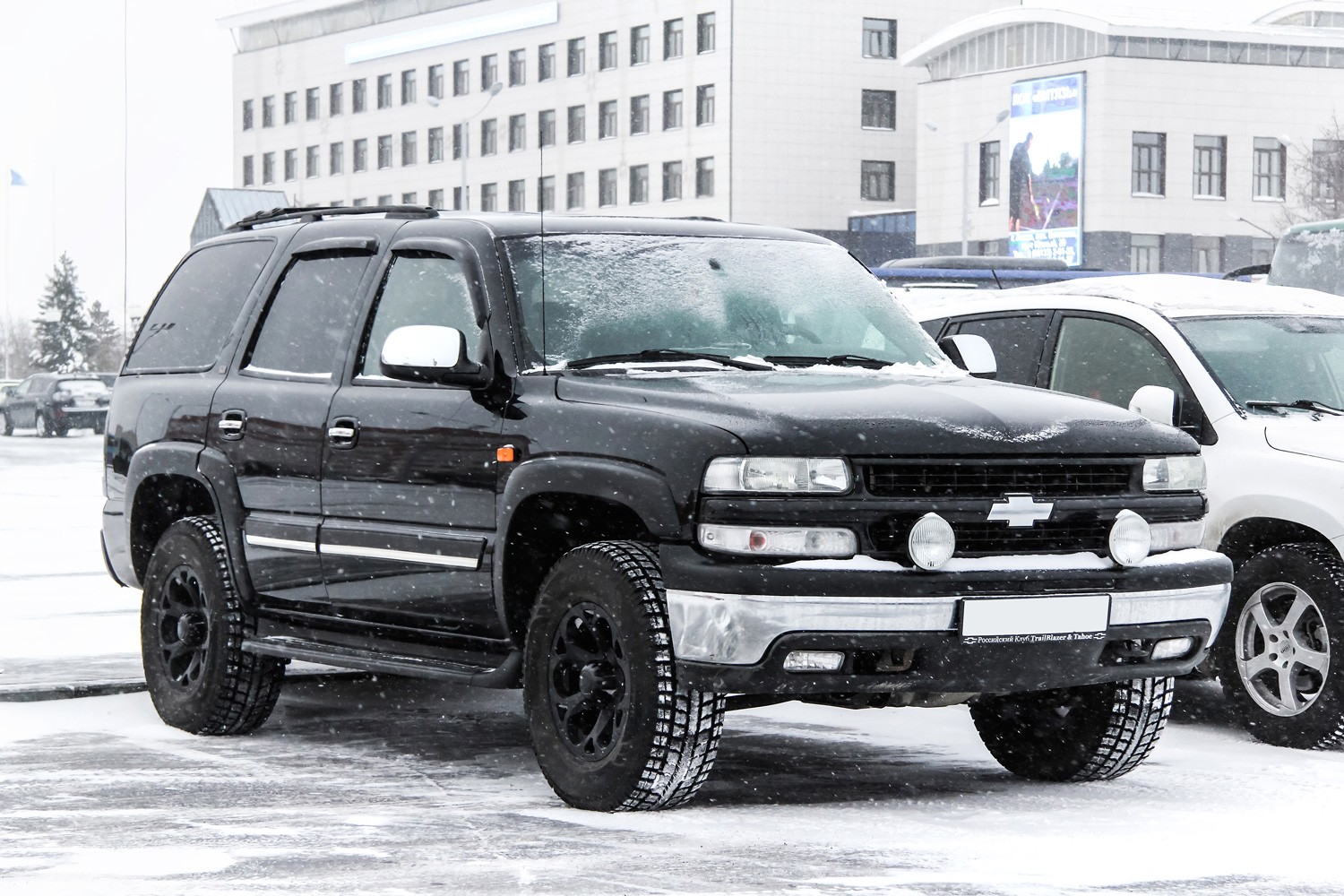 AWD Vs 4WD: Which Is Safer?

Both AWD and 4WD are known to have high traction in rain, snow, and gravel. This makes them safe, especially during extreme weather conditions.

All four wheels offer power but have different systems. AWD cars send power to the front and rear based on the condition. Many 4-wheel drive systems need to be turned on and off when the need arises, unlike AWD.

When the weather is bad, the 4-wheel drive offers better traction and can tackle difficult situations. 4WD systems usually offer 4H and 4L. Generally, no system beats 4WD when it comes to traction in extreme weather conditions since it uses a lot of energy and is less fuel-efficient. This makes it safer.

The problem with both AWD and 4WD is that they offer a false sense of confidence to users, especially in slippery road conditions.

Neither of the two systems has any effect on stopping or turning on slippery roads. So, drivers need to slow down during bad weather not minding the type of vehicle that is used.

Is the Chevy Tahoe Reliable?

The Chevrolet Tahoe does not have any significant problems. The vehicle's reliability is guaranteed for at least 300,000 miles or more, even after driving for more than a decade.

Chevy Tahoe has a four-wheel-drive system. That doesn't mean other chevy models have no all-wheel-drive system. 4WD and AWD offer good traction during bad weather. You can check the vehicle's owner's manual to find out if your vehicle is AWD or 4WD.

How To Put Kia Sorento in AWD Or 4WD

Is Toyota Highlander 4WD? [ And How To Switch It On]

How To Engage All Wheel Drive Chevy Suburban - [Do All Suburban Have It?]